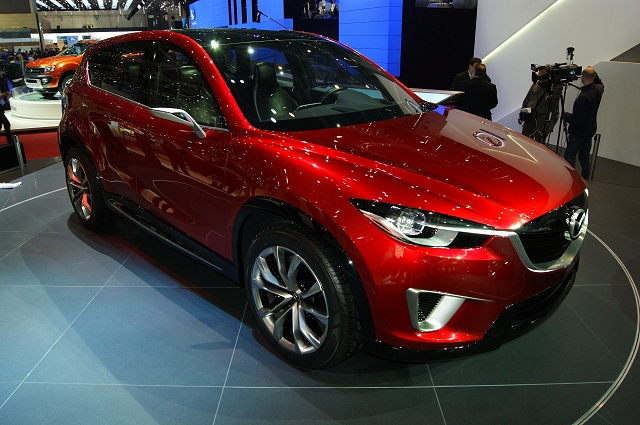 The stylish Minagi concept unveiled in Geneva this week shows how a new compact Mazda SUV could look.

The Minagi is Mazda's first attempt at a compact crossover model and, though it's currently a concept, a production version called the CX-5 is expected in showrooms this autumn. It's likely to be a little smaller than the Minagi, though.

The Minagi will be powered by Mazda's next generation Skyactiv engine and transmission, and underpinned by a lightweight chassis. The Japanese firm claims that the Skyactiv technology will help to reduce its global fuel economy figure by 30 percent for 2015.

The bold, angular lines leave you in no doubt that it's a modern Mazda and the Minagi/CX-5 is likely to go head-to-head with other compact SUVs like the Volkswagen Tiguan and Audi Q5.