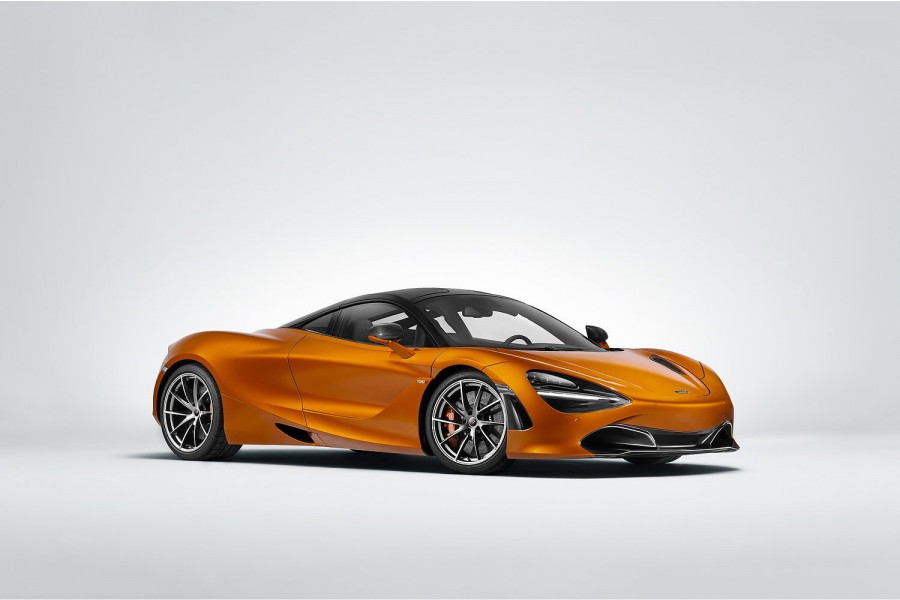 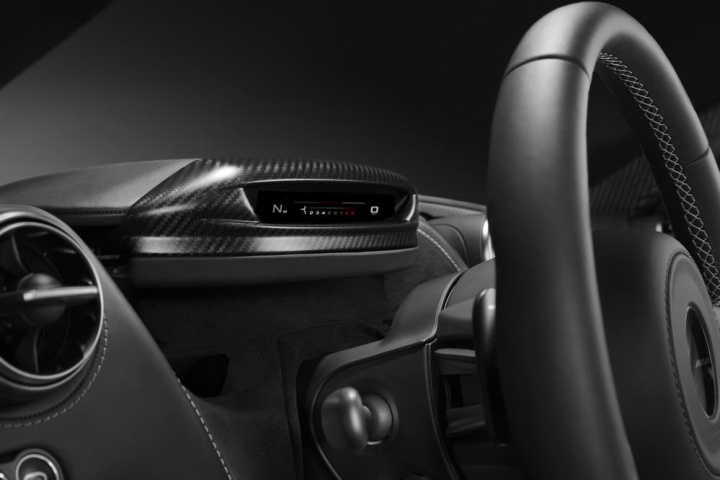 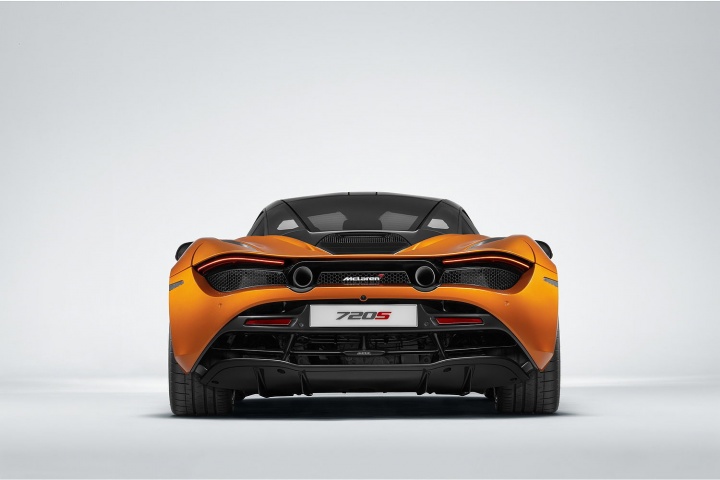 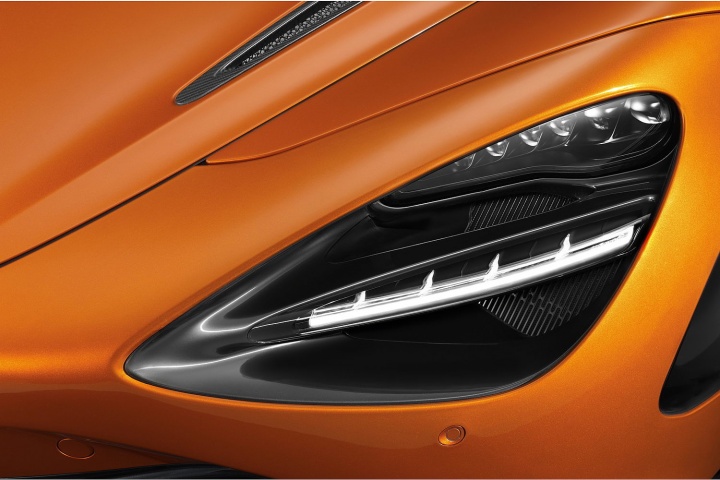 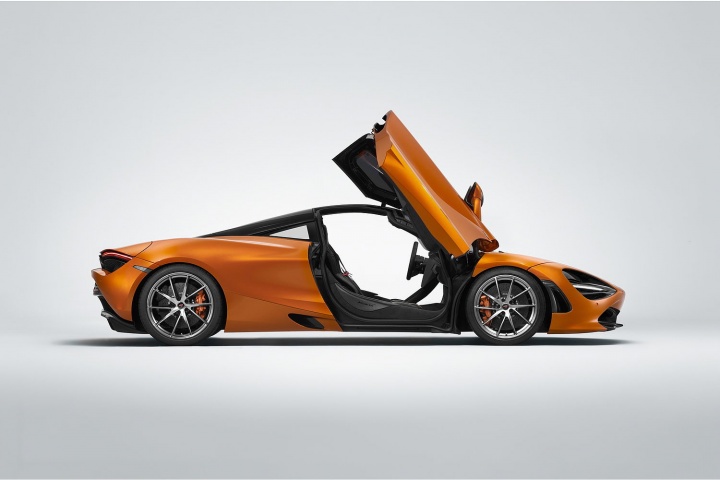 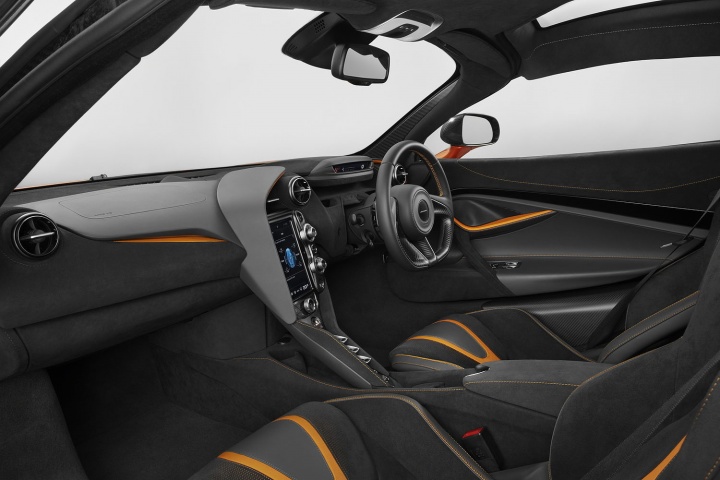 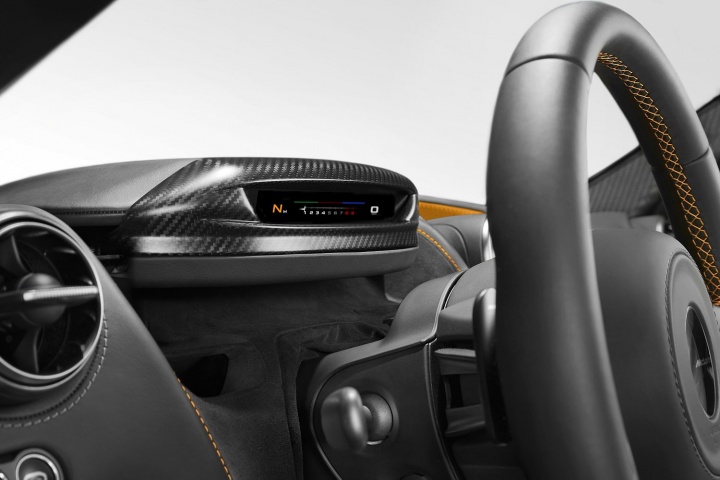 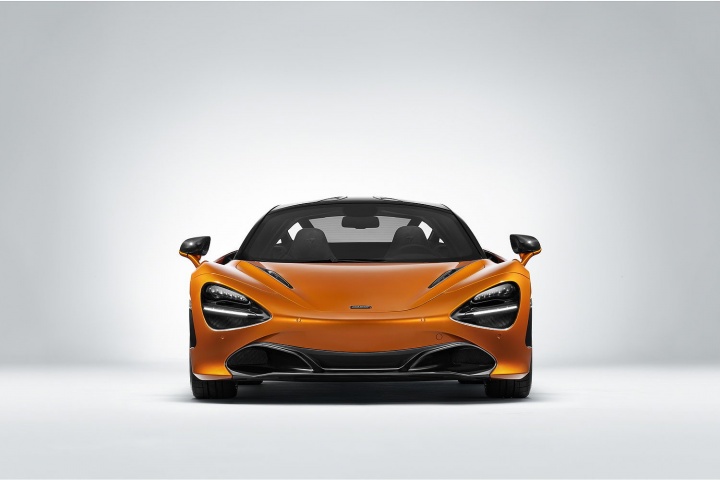 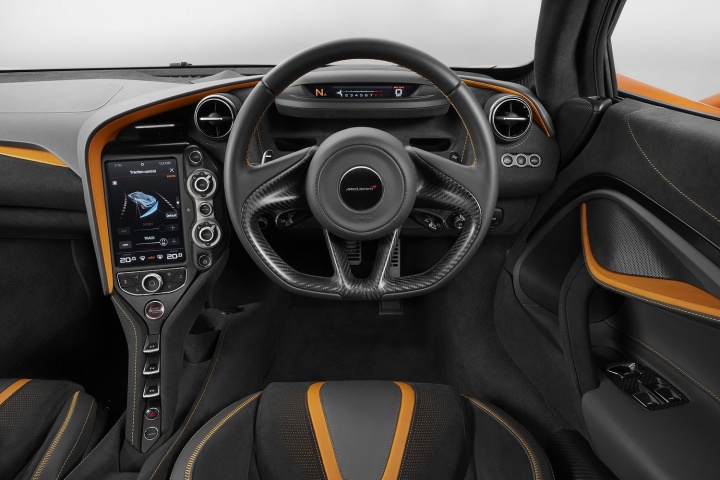 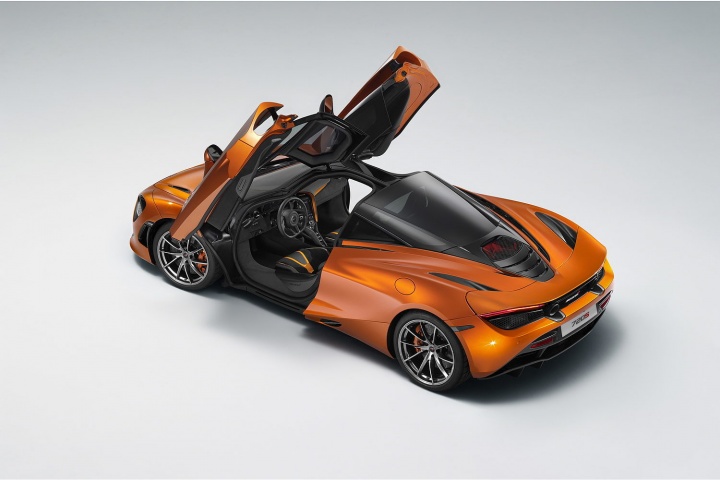 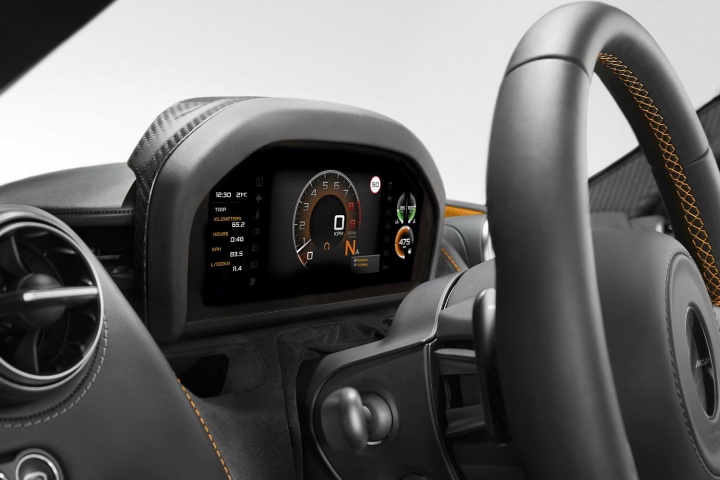 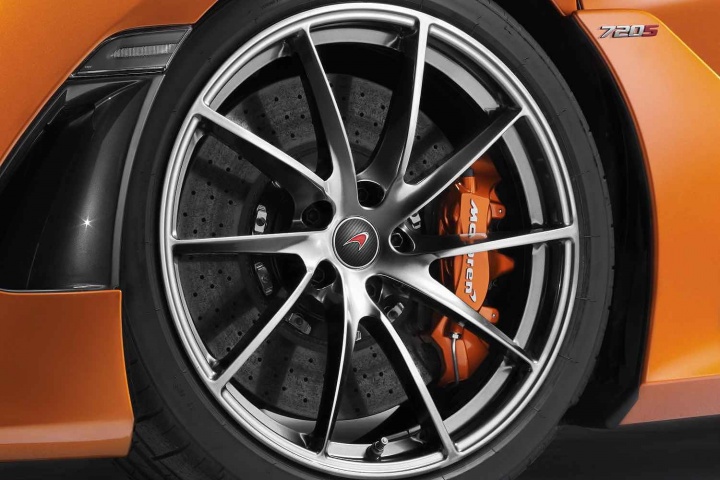 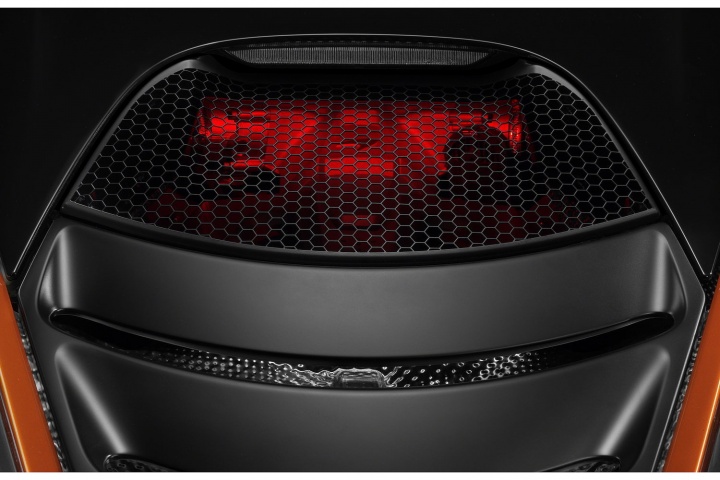 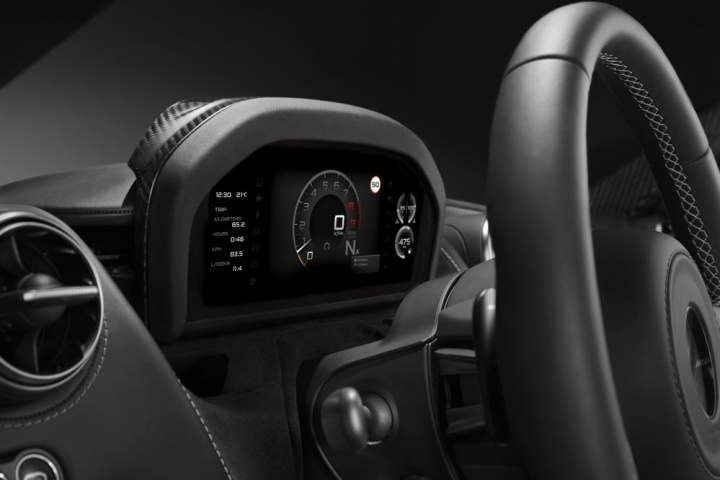 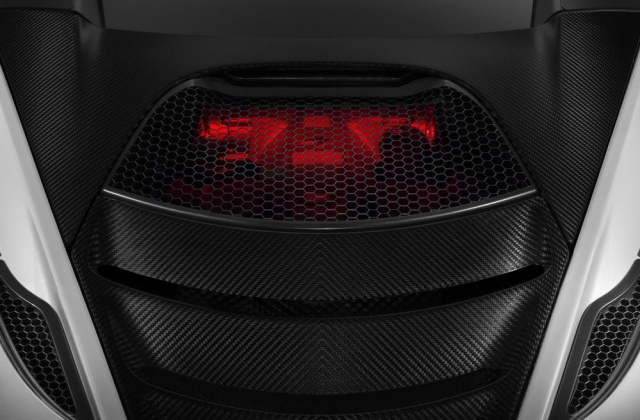 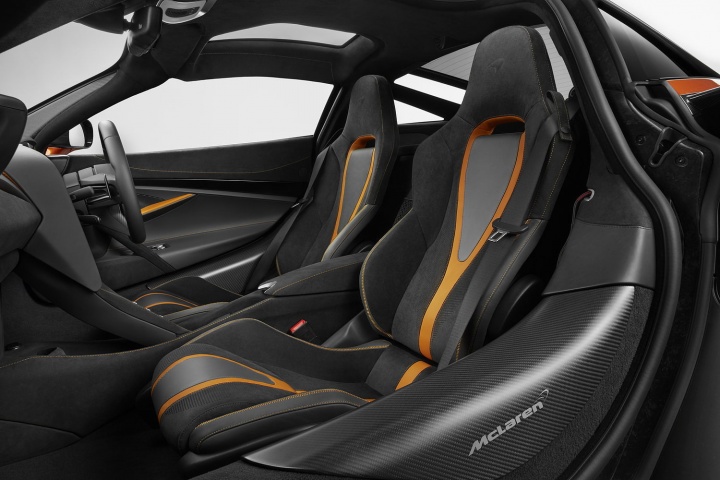 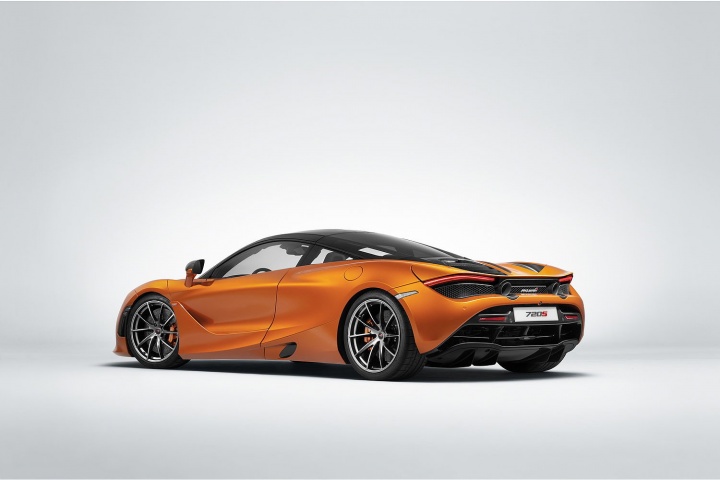 This is the McLaren 720S, the biggest development in the company's history since the 'New Era' began in 2011 with the 12C. The 720S, which was revealed to the world in Geneva today, replaces the 650S in the Super Series and it features a powerful new engine.

Dramatic looks are assured by the new McLaren 720S, which features the Monocage II carbon-fibre tub with a glorious new teardrop-shaped glasshouse, magnificent, swoopy bodywork (made of aluminium alloy, in places, for added lightness) and the striking, if potentially divisive 'eye-socket' headlamps, which feature 17 LEDs apiece that can 'intelligently' light the road ahead, according to whether you're going around a corner or travelling at more than 110km/h.

The keen-eyed among you might have noticed there are no side air intakes to cool the mid-mounted V8 engine, but this is another very clever feature - double-skinned dihedral doors channel air into the deep door duct, meaning the cooling performance of the 720S is 15 per cent better than the 650S, according to McLaren, all while leaving the sides of the car uncluttered.

McLaren has done some key work in the physical set-up of the 720S, too, with the top of the V8 engine 120mm lower than the first-gen Super Series models, while the rear of the car is 145mm lower than a 650S, reducing drag. The new boy has a full-width wing, with 30 per cent more downforce than a 650S, plus an airbrake feature that can deploy the rear flap in less than 0.5 seconds. In short, its otherworldly beauty comes from form following necessary function.

It's a driver-focused cabin inside, as it should be, the instrument binnacle sweeping around and down to frame the eight-inch portrait screen infotainment display and a bank of controls below. Everything is clad in the finest leathers, all accompanied by aluminium switchgear, while there are lovely, curvaceous shapes to glance upon that echo the exterior lines. Theatre is assured by the Folding Driver Display (basically, a moving instrument cluster that can be configured for 'full' road or 'slim' track use), while there's the equivalent of 210 litres of space behind the seat backs for soft bags, with another 150 litres under the front panel - with good visibility out of the 720S, McLaren says this is a practical supercar.

Weighing as little as 1,283kg, the McLaren 720S has a new, 4.0-litre biturbo V8 engine that the company calls the M480T. Completely different turbochargers and intercoolers, plus 41 per cent new componentry compared to the M838T predecessor, all mean this behemoth churns out 720hp (hence the name) and 770Nm, driving the rear wheels through a seven-speed dual-clutch gearbox. Performance is frightening: 0-100km/h takes 2.9 seconds, 0-200km/h in 7.8 seconds and its top speed is 341km/h. In addition, the 720S can come to a standstill in 117 metres (or 4.6 seconds), even when it's travelling at 200km/h. McLaren says the weight-loss programme and aero makes it even more precise and agile than the already-brilliant 650S, so keen driving enthusiasts should be delighted with it.

"Super Series is the core of the McLaren business and personifies the blend of extreme performance, crafted luxury and unparalleled driver involvement that is the McLaren heartland," said Mike Flewitt, McLaren's CEO. "This is the first time we have replaced a product family and the new 720S is absolutely true to McLaren's pioneering spirit in being a revolutionary leap forwards, both for our brand and the supercar segment."

The McLaren is on sale now with first deliveries in May, with prices set about five per cent higher on average than the 650S it replaces.