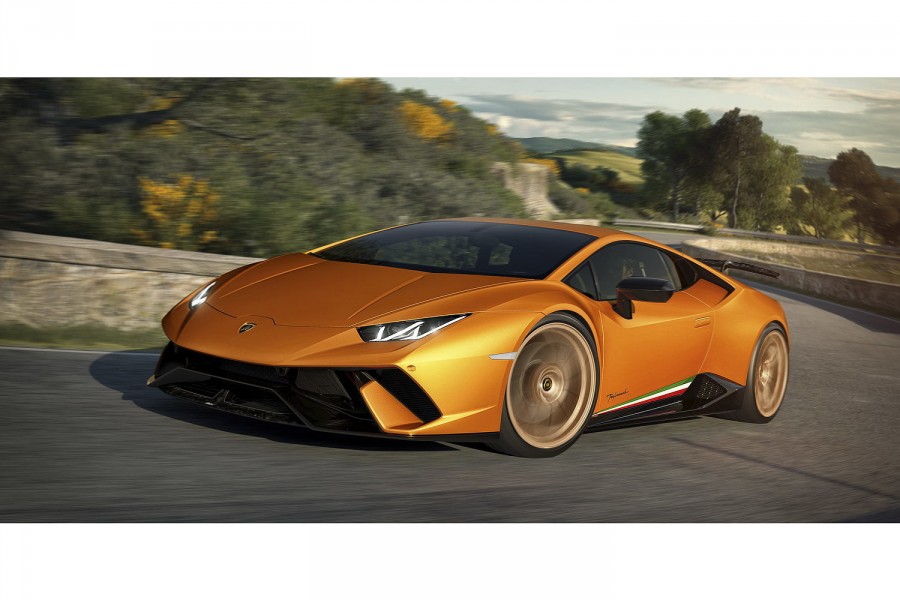 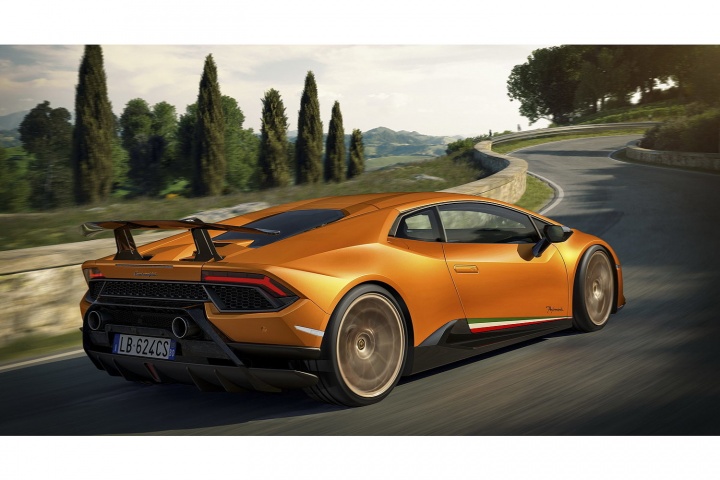 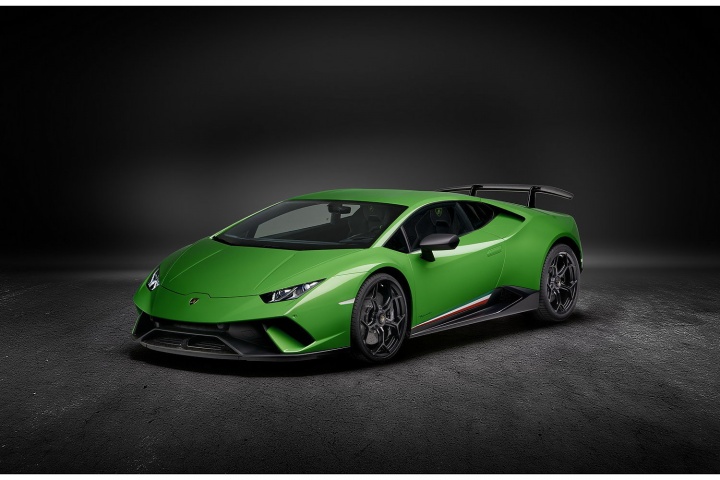 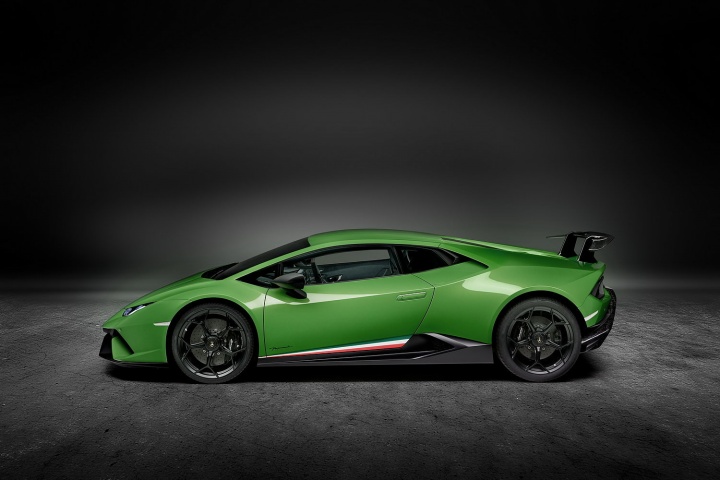 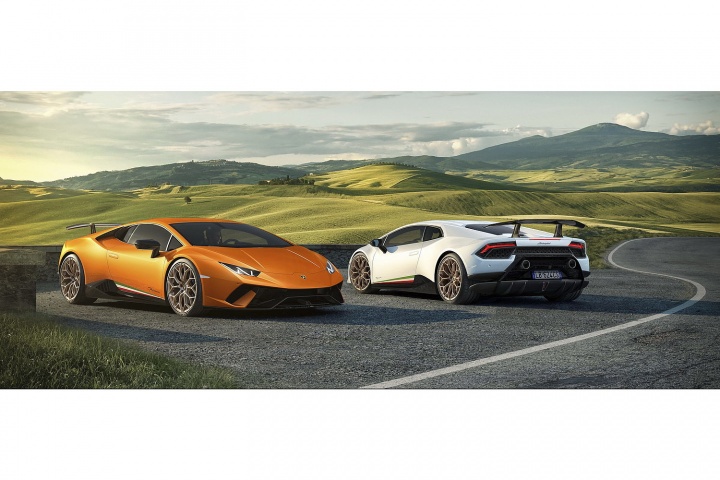 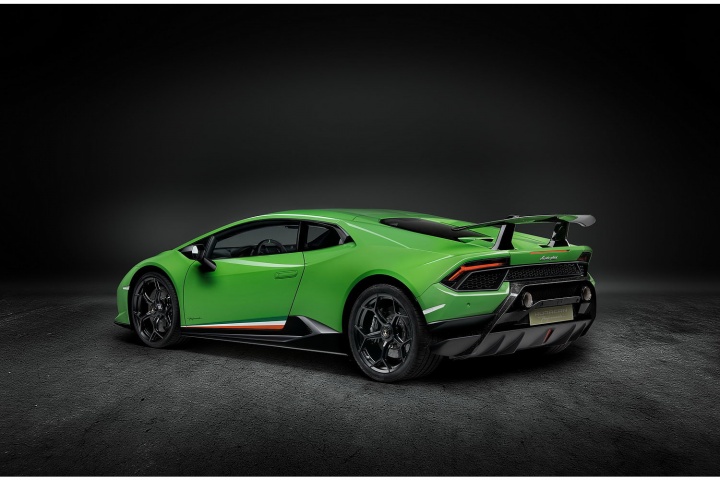 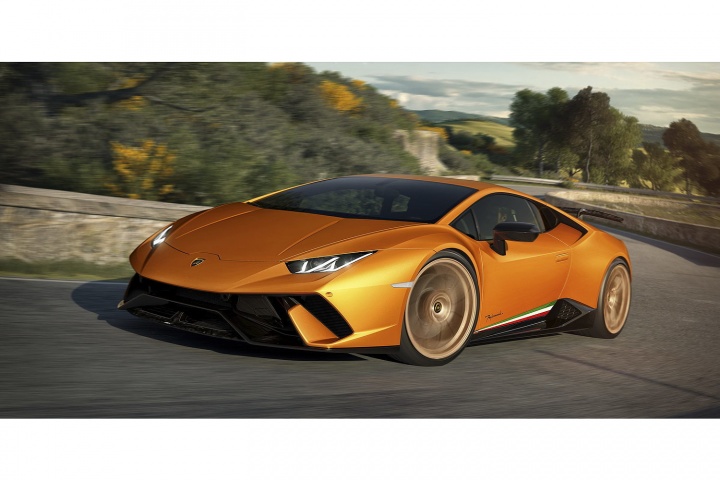 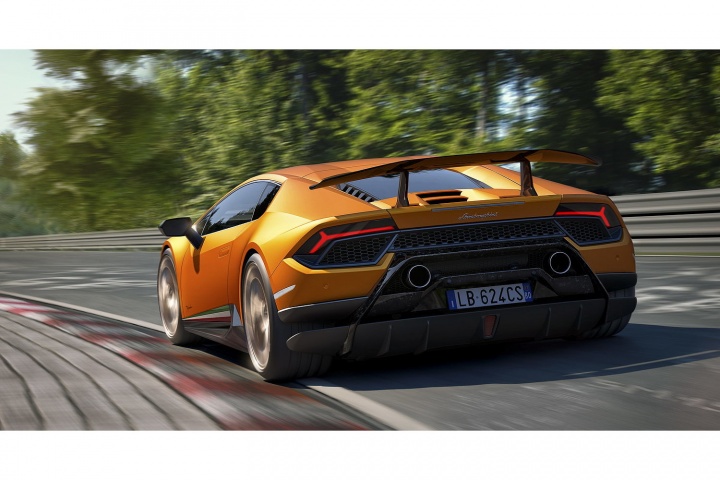 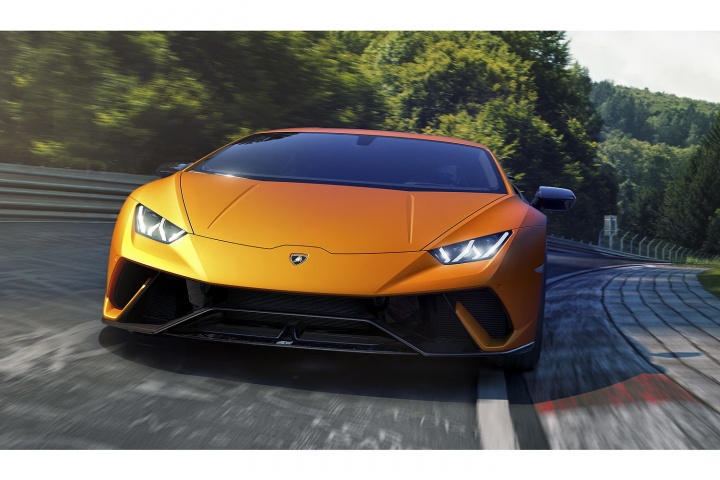 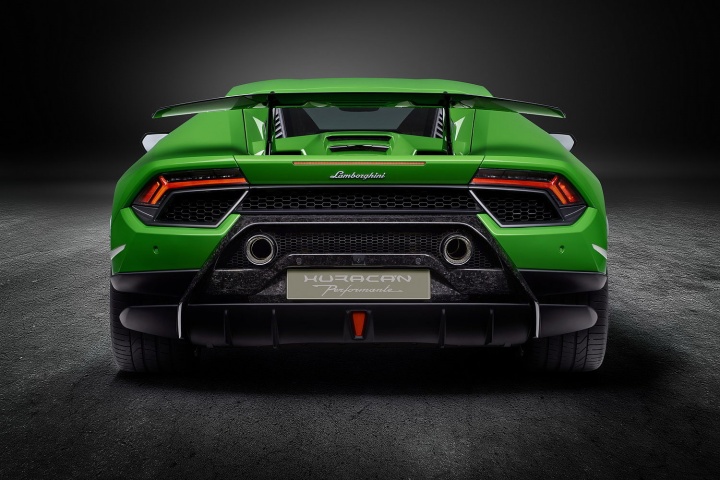 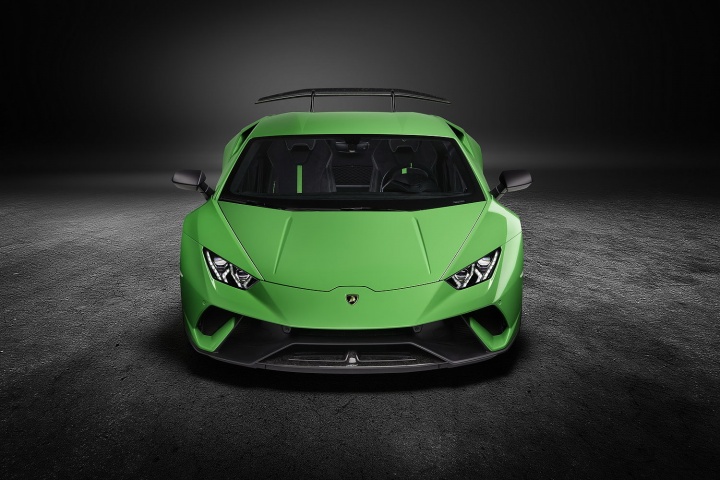 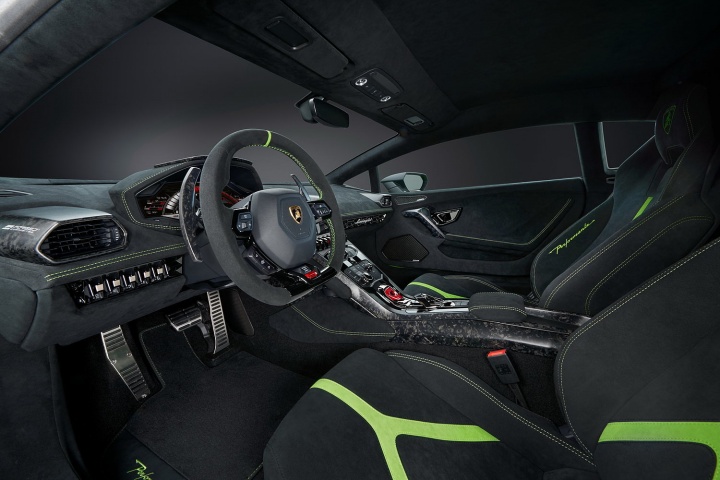 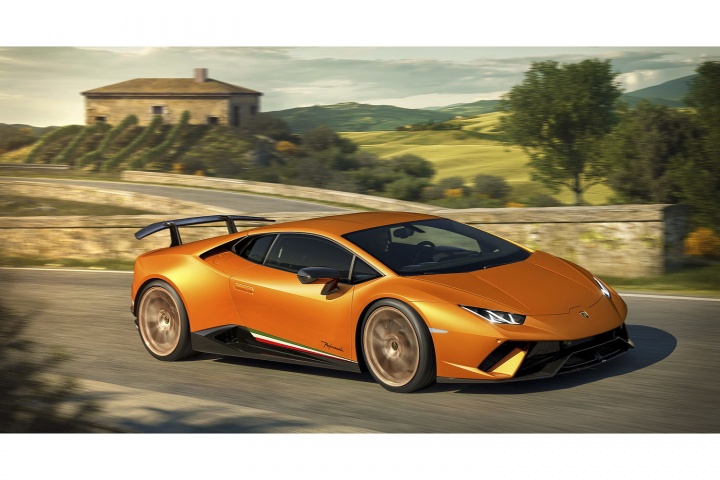 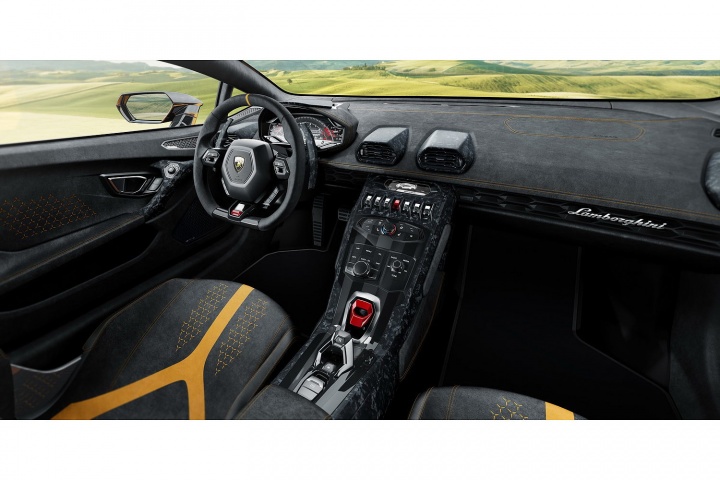 It generated enough column inches ahead of the Geneva Motor Show with the announcement of its scorching 6:52.01s lap-time of the Nürburgring Nordschleife, (watch it in action here) but here's the full details on the go-even-faster version of the Lamborghini Huracan, called the Performante. And it's yet another Sant'Agata stunner.

There's a lot of information on the Performante's body, such as its lightweight but strong structure that sees it shedding 40kg compared to the kerb weight of the regular Huracan (Performante: 1,382kg), or its 'Aerodinamica Lamborghini Attiva' (ALA) functionality (yes, it means active aerodynamics), or its aero-vectoring as part of that... but, to be honest, you only need to look at it. The rear wing. The front air intakes. The huge and almost impossibly beautiful 20-inch forged Narvi wheels in bronze. The raised rear twin exhausts that evoke the Super Trofeo racing versions of the same car. It is simply sensational. Drool.

Gorgeous sports bucket seats with dark Alcantara upholstery, enlivened with a 'Y' graphic that links to the rear-light clusters, team up with a dashboard swathed in more of the stuff and detailed with contrast stitching. Lamborghini's Forged Composite material is used for the air vents, paddles, door handles and centre console trim, while the digital display in the instrument cluster - configurable through modes of Strada, Sport and Corsa - also has a special ALA mode that shows how the aerodynamics are working. Apple CarPlay is supported and the Ad Personam programme from the Italian firm allows for individual personalisation on the part of well-heeled buyers.

Lambo further says it has worked on the exhaust system to give a more 'aggressive sound' during hard driving, while the seven-speed dual-clutch transmission has been optimised to match the more useful torque curve of the Performante, as 70 per cent of its peak twist is available from just 1,000rpm. The springs and anti-roll bars have been stiffened by 10 per cent, while the roll stiffness is up 15 per cent. As with the 610-4, the Performante sends drive to both axles.

"The Huracan Performante is the convergence of technological developments to produce a car delivering perfect performance," said Lamborghini's CEO, Stefano Domenicali. "This new car represents the powerhouse of Lamborghini DNA and innovation, and a 360-degree approach to creating class-leading super sports cars. It illustrates the pinnacle of Lamborghini V10 production car performance to date, on both track and road."