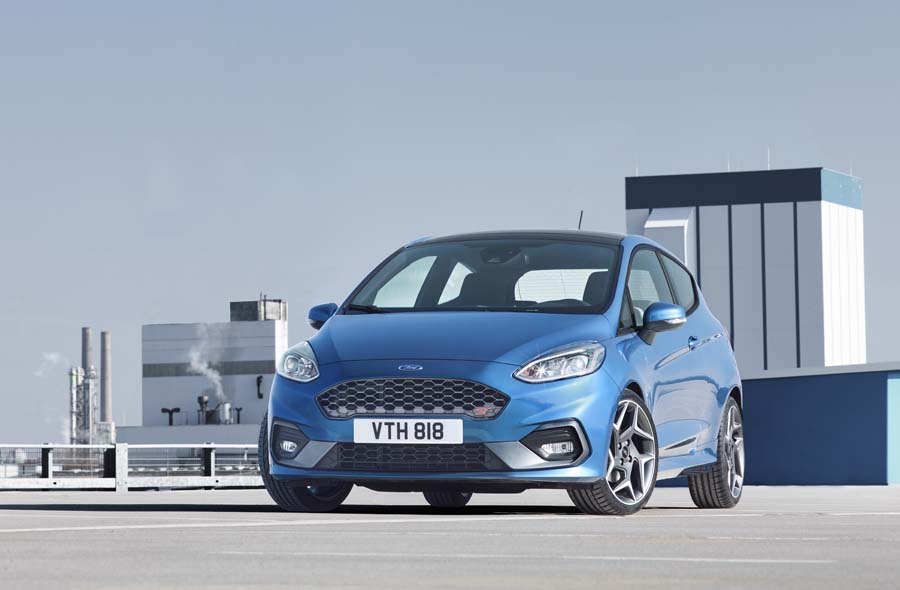 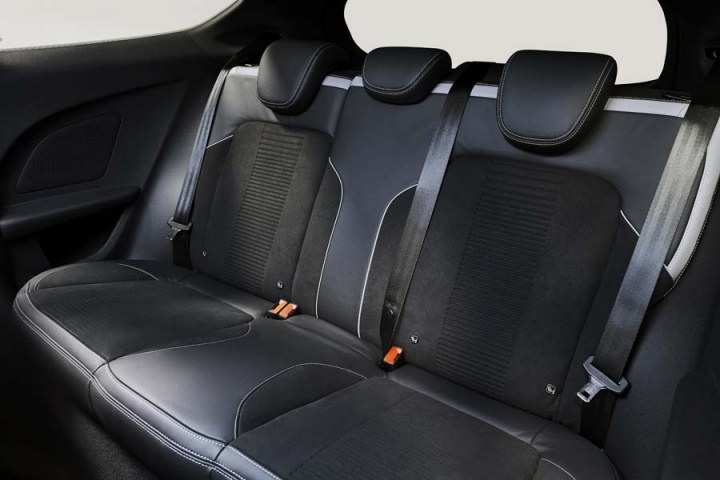 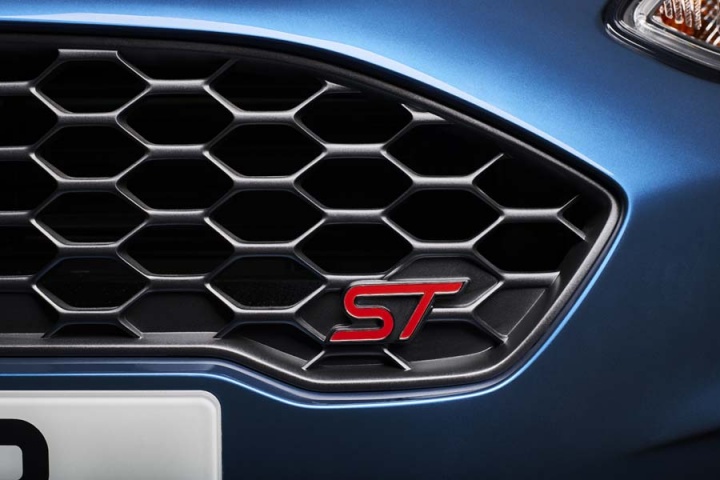 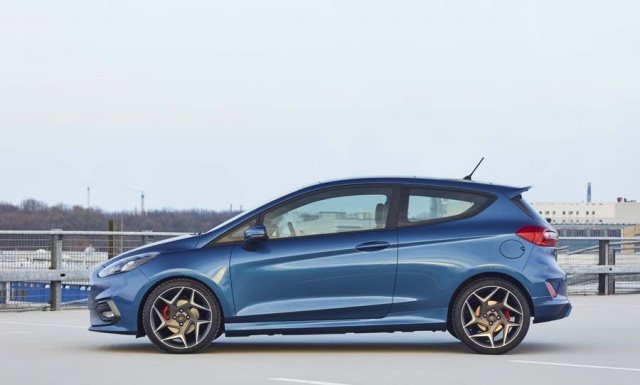 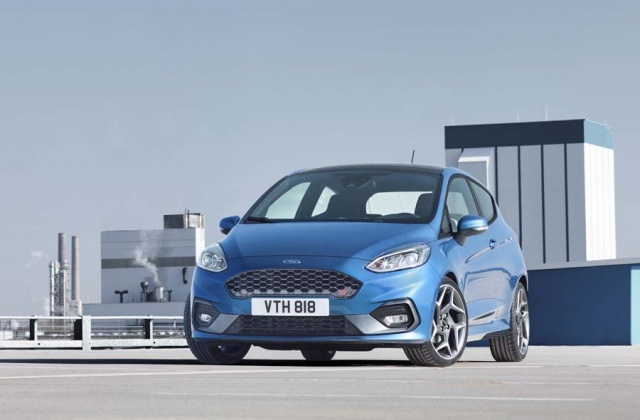 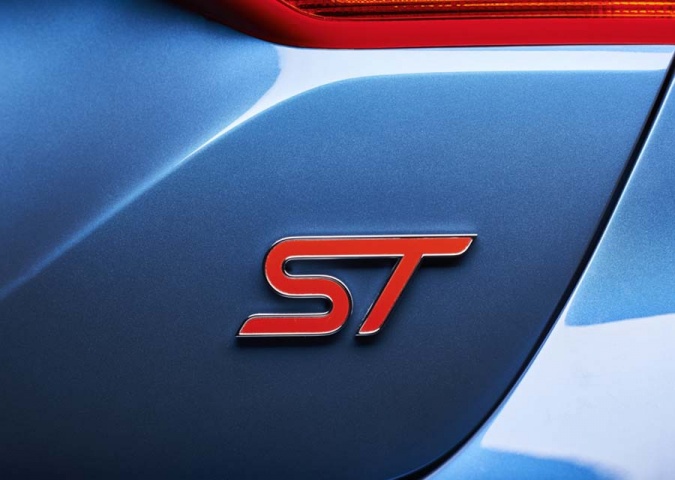 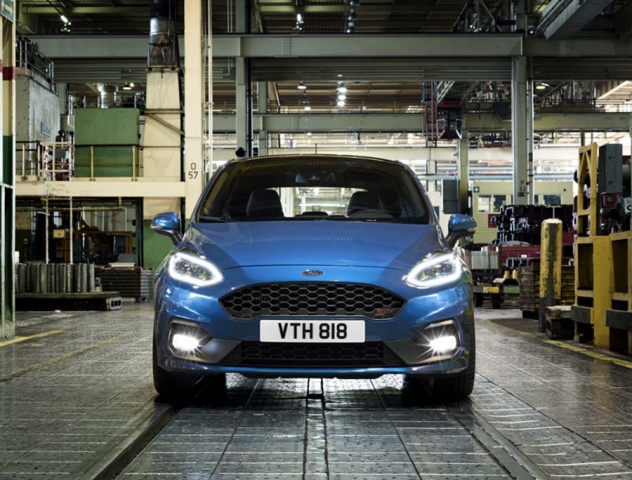 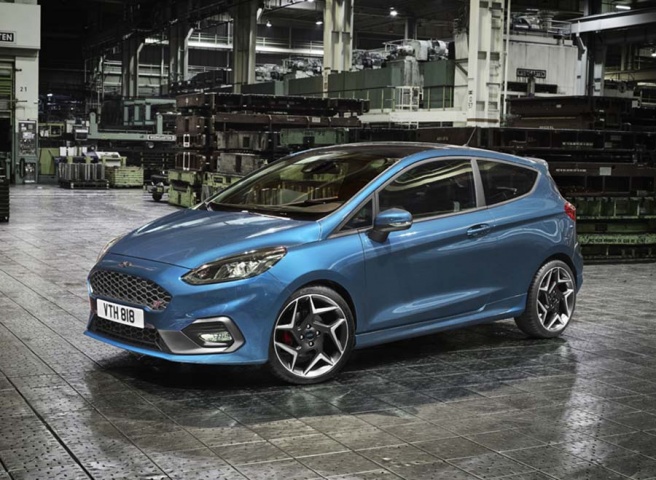 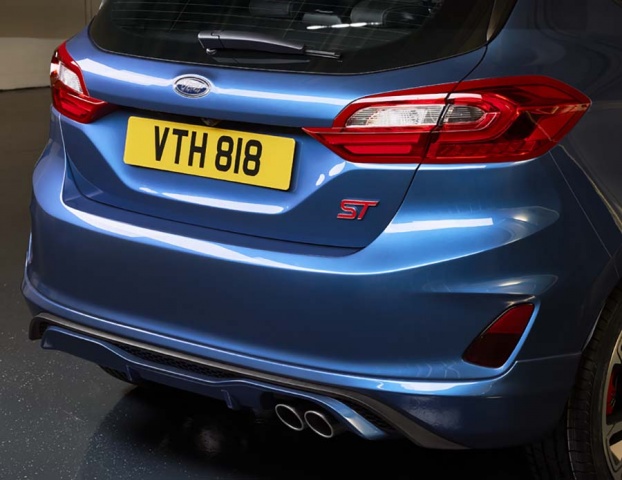 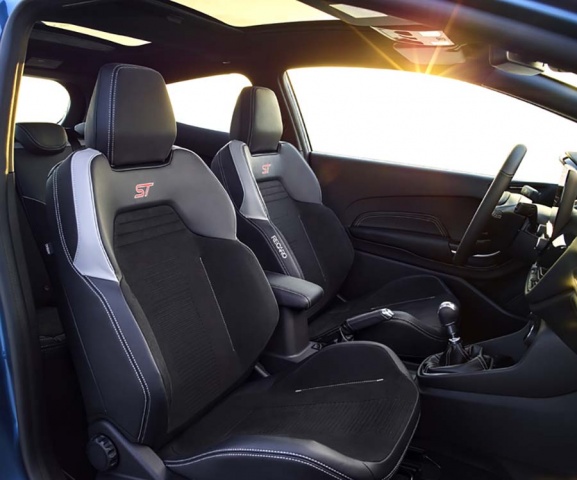 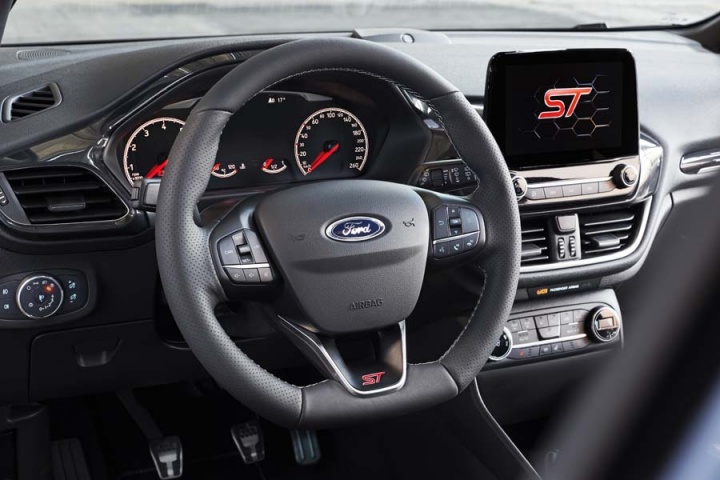 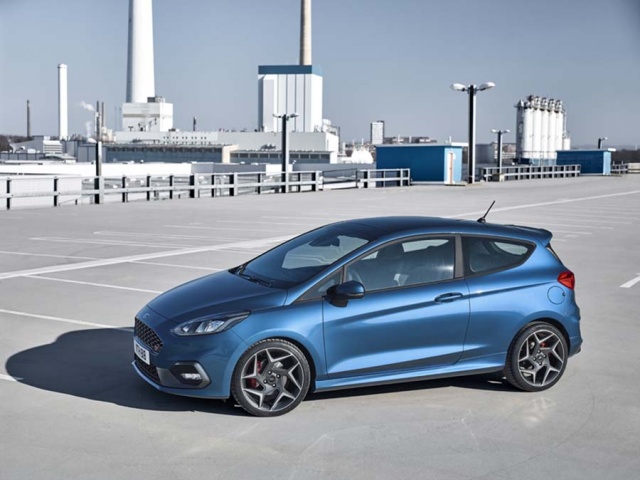 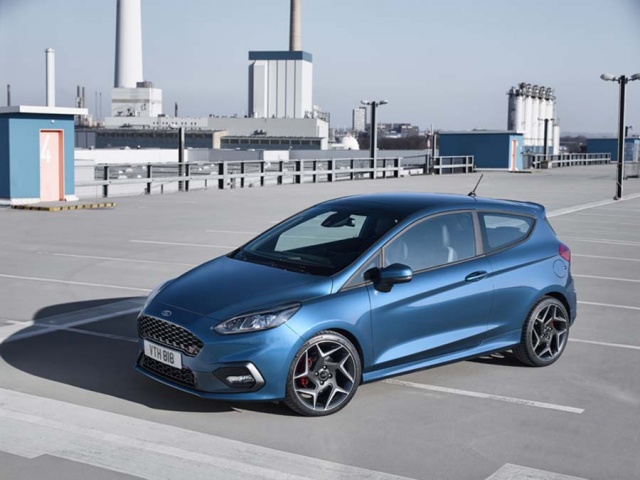 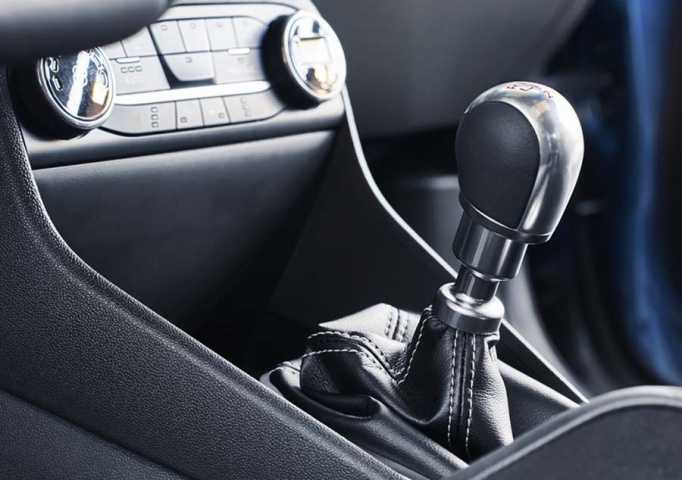 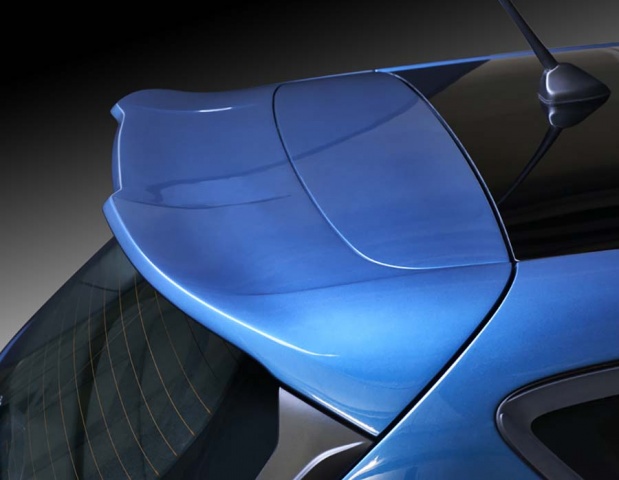 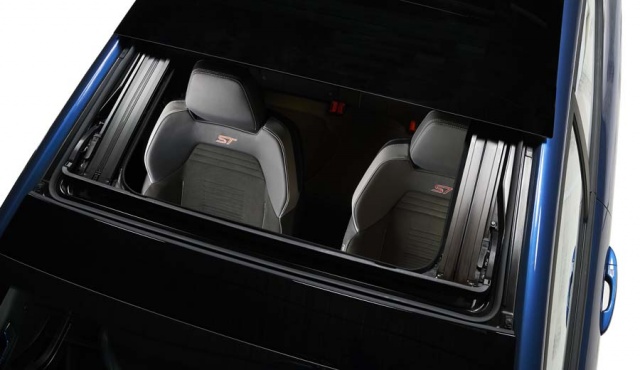 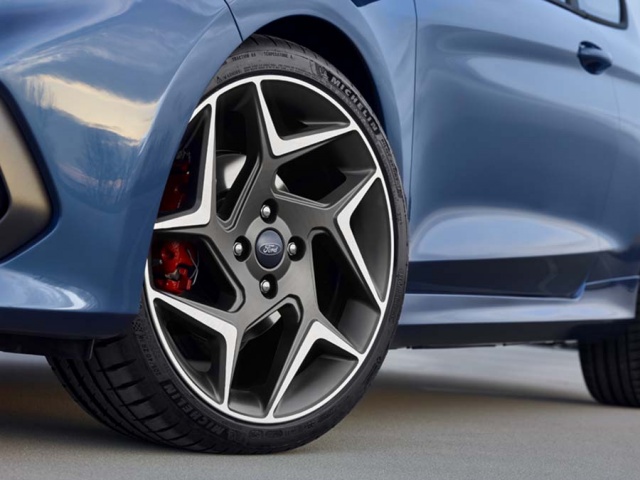 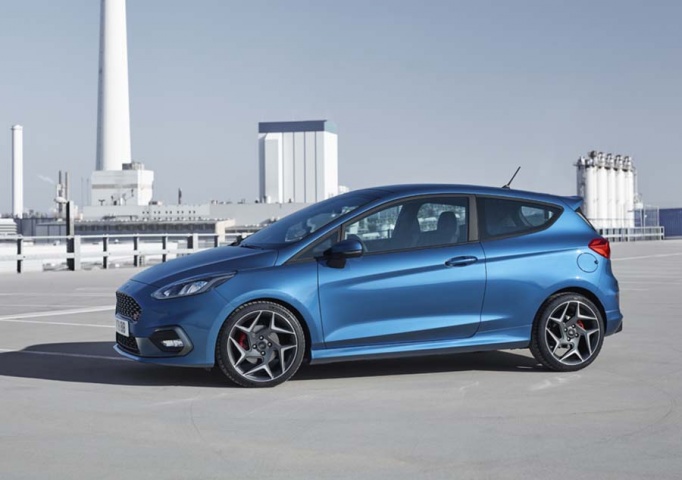 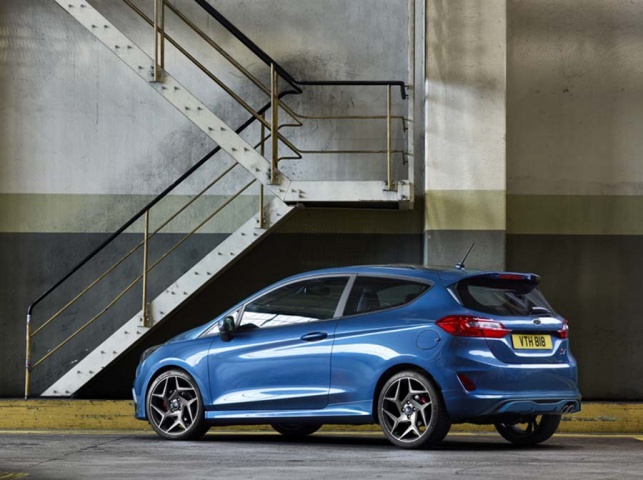 New Ford Fiesta ST will have 200hp, 290Nm and a three-cylinder engine!

It's the news we've all been waiting for - a full rundown of details on the next-generation Ford Fiesta ST, ahead of its global debut at the Geneva Motor Show. There's a lot to tell you but the biggest news, by far, is that this class-leading pocket tearaway is going to have a three-cylinder engine in its new incarnation. That's right - three cylinders!

Based on the seventh-generation Fiesta bodywork, Ford says the ST will offer more personalisation options than before. Little to report on the outside for now, apart from the Blue Oval saying 'distinctive styling packs' will be available and that a new colour, Liquid Blue, will be offered. Beyond that, we can only point out what you can already see: there's a hexagon-pattern front grille, beefier bumpers front and rear, a twin-exit exhaust at the back, a discreet boot spoiler - and what must be some of the loveliest alloy wheels we've seen on a production car, here rocking an 18-inch diameter. Serious levels of want already.

That promise of personalisation carries over to the ST's interior, where customers will be able to choose from a range of trim elements for the gearlever, steering wheel, door pulls and the 'decorative dashboard spear'. Recaro seats and a flat-bottomed steering wheel up the sporty ambience, while Ford's SYNC 3 infotainment is a big improvement over SYNCs 1 and 2, mainly because it comes on a touchscreen that's eight inches in size. Apple CarPlay and Android Auto will be in the mix, as will an optional Bang & Olufsen Play Sound System for some appealing noises that DON'T come from under the bonnet.

Anyway, enough of the visuals. What matters here are the mechanicals and how the new ST is going to drive, because the outgoing model is still the easy class champion, four years after it originally went on sale. So, the engine. Gone is the 1.6-litre, four-cylinder, turbocharged EcoBoost unit of the old car, replaced here by a 1.5-litre, three-cylinder EcoBoost motor. It's still forced induction - but three cylinders? In a hot hatch? Can it really work? Well, we reckon if anyone can pull it off, Ford can, and with outputs of 200hp and 290Nm it delivers just as much thump as the ST200 run-out edition of the current car. Ford claims 0-100km/h in 6.7 seconds, about as quick as it is now, although with less weight over the nose, extremely good things could be happening in the corners.

Not only is it the first Ford Performance model with a three-banger under the hood, it's also the first Fiesta ST to get Drive Modes, which allow for the engine, steering and stability control to all be configured to Normal, Sport and Track settings as desired. This is similar to the Focus RS, which has this sort of technology. Also fitted is Torque Vectoring Control, to aid handling. Drive Modes will also adjust something that might not meet universal approval - the Fiesta ST's Electronic Sound Enhancement (ESE). Hmm, synthetic noises on a triple? Surely it sounds good enough as it is?

Nevertheless, there's something even more clever about the motor and that's its cylinder deactivation - an industry-first technology introduced by Ford. Yup, the 200hp Fiesta ST can run on just two cylinders when throttle loads allow, meaning it sips at its fuel. No official claim for the mpg yet, but the CO2 is down from 140g/km on the ST200 to just 114g/km here. Better still, the new ST can disengage or re-engage its third cylinder in 14 milliseconds, meaning the shift from three pots to two should be utterly imperceptible.

If you can't wait until the Ford Fiesta ST's reveal in Geneva, or indeed first road tests of the car later this year, then enjoy this action-packed video of a prototype careening around Ford's Cologne plant in the hands of Irish WRC driver Toni Kelly.