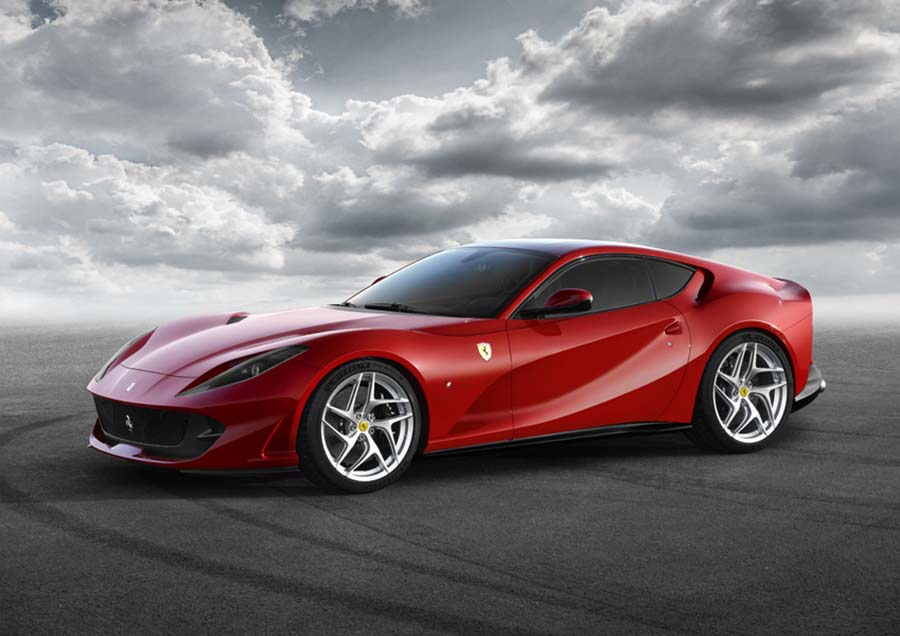 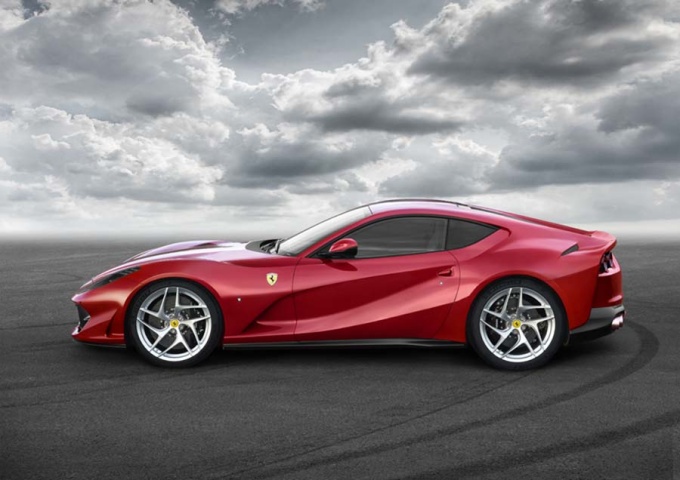 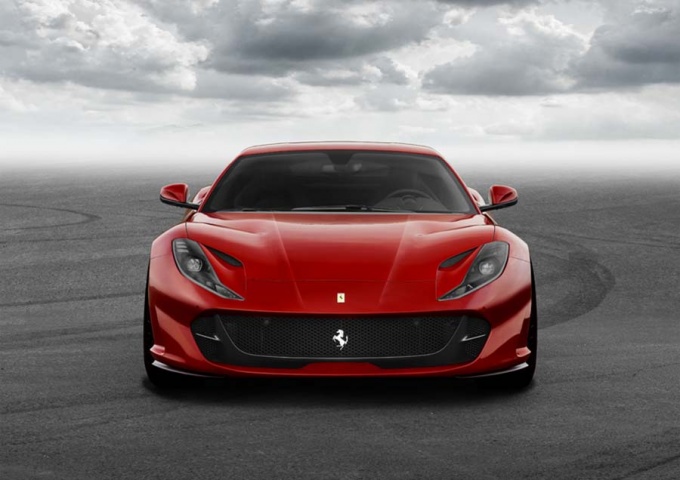 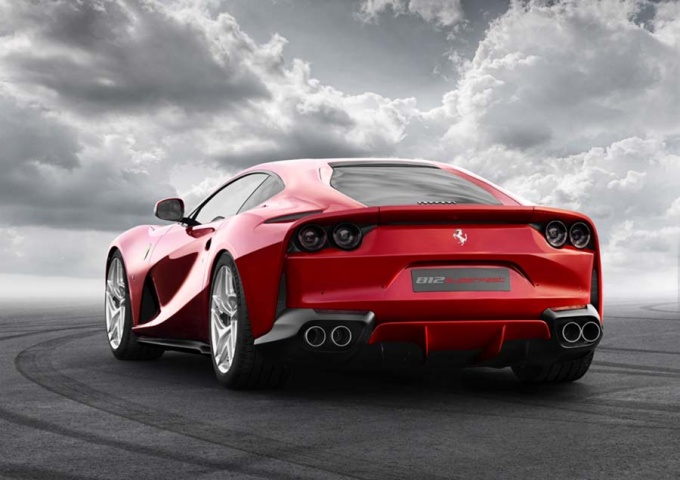 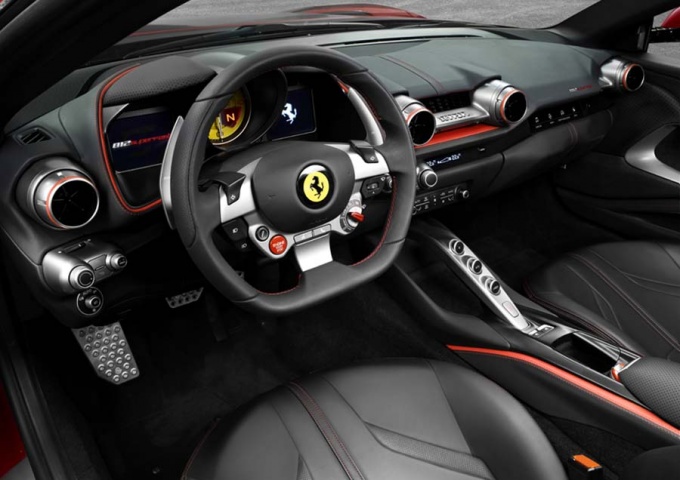 The Ferrari 812 Superfast will make its debut at the Geneva Motor Show.

Thought the horsepower wars were over? Think again - here's a new Ferrari with 800hp. Yes, 800hp. Only a few hundred ponies shy of a Bugatti Veyron, yet far lighter, the new 812 Superfast should have devastating performance.

Rather wonderfully, that power doesn't come from turbocharging, or hybrid assistance, but from a heavily tuned 6.5-litre naturally aspirated V12 engine, mounted up front. Revving to 8,250rpm and with 123hp per litre, the mightiest road-going engine Ferrari has ever produced also has a whopping 718Nm of torque.

Based on the 6.3-litre engine of the F12 Berlinetta (to which the Superfast is very closely related, indeed can be regarded as a major facelift of), part of the extra performance comes from a new high-pressure direct injection fuel system, the rest from clever variable-geometry intake tracts based on old naturally-aspirated F1 engine designs. 0-100km/h is claimed in a searing 2.9 seconds (exceptional performance for a car with rear-wheel drive only), and a top speed of more than 330km/h. Oddly, those figures are identical to those of the old F12, in spite of that being a heavier car. Is Ferrari sand-bagging its performance figures?

Ferrari says that the Superfast is its first car to get electric power steering, claiming that "in accordance with Ferrari's uncompromising engineering approach, is used to fully exploit the potential of the car's performance and, through the complete integration with all the electronic vehicle dynamics controls." It's combined with the latest generation of Ferrari's Side Slip Control which allows lurid powerslides with the backup of computer control to sort it out if you run out of talent.

There's also new rear-steering, or Virtual Short Wheelbase as Ferrari calls it, developed from the system introduced last year on the GTC4 Lusso. It's claimed to make the 812 more nimble and easier to handle.

Visually, the 812 is very similar to the old F12, but has been updated with some of the styling cues from the GTC4 Lusso. It's a little more square-edged and blocky, but still heart-stoppingly gorgeous. The first photos of the car show off a new colour - Rosso Settanta, which marks the company's 70th anniversary.

As with all Ferraris, style and aerodynamic function are seamlessly integrated to produce innovative solutions and forms. Two examples are the multi-functional frontal section, which incorporates a cluster of aerodynamic solutions including active flaps at the front of the underbody, and the rear flank which features what Ferrari says is an unprecedented aerodynamic by-pass to increase downforce.

Inside, the dashboard is rather more angled and 'techy' looking than that of the old F12, but most of the instruments and switchgear look more or less carried over.