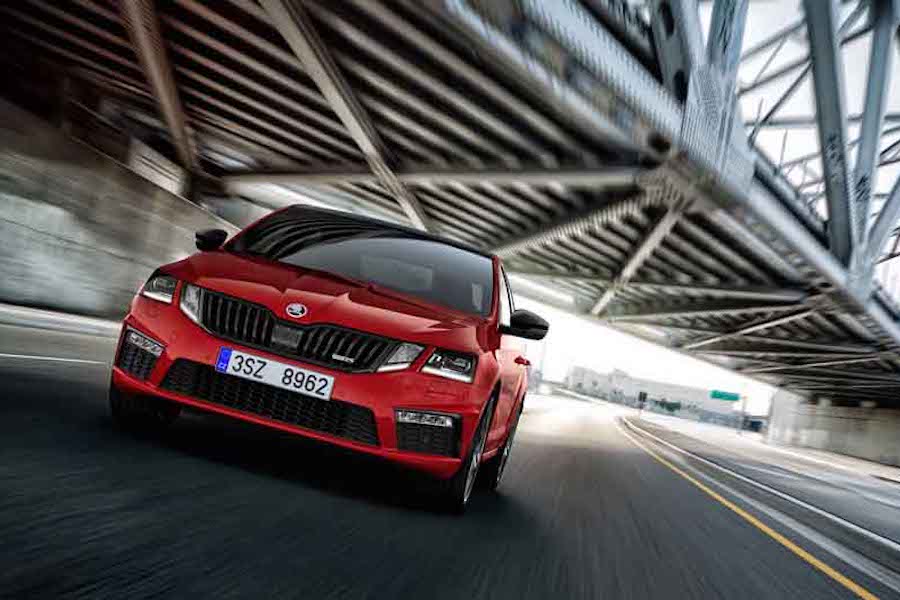 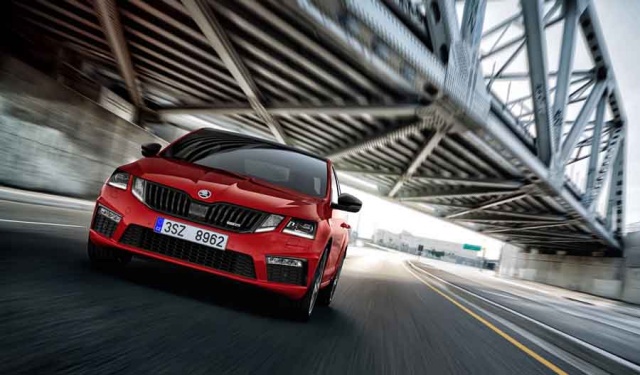 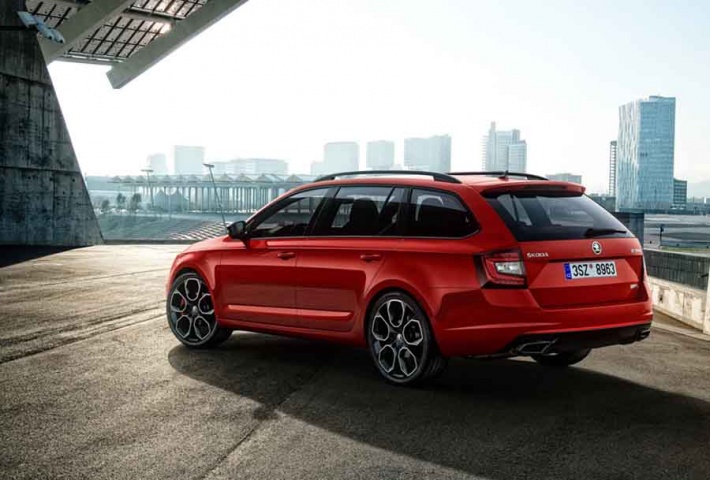 Skoda Octavia RS 245 has 15hp more than predecessor, will be shown at Geneva.

Skoda has taken the dual opportunity of its midlife facelift of the Octavia range and the impending Geneva Motor Show to inject a bit more oomph into the range-topping RS model. What we have here, then, is the Skoda Octavia RS 245, the final figure signifying a 15hp increase over the previous hottest Octavia (the RS 230). The 245 will make its debut at the Swiss motor show next month.

Like the preceding regular RS model (220hp) and the RS 230 (230hp), the RS 245 has the same type of beefy body kit, big set of alloys and requisite external badging to mark it out as different to a regular Skoda Octavia. The big difference here is that it sports the unusual 'double headlights' of the Czech company's facelifted example of its C-segment contender, those split clusters definitely proving a divisive change - you either love 'em or, er, dislike 'em. Skoda says the RS 245 additionally benefits from plenty of gloss-black detailing and crystalline lamp units front and rear, while (like its predecessors) you can have the hot Octavia in either Hatch or Combi format.

Sports seats in Alcantara and wearing the RS logo team up with aluminium-finish pedals, a multifunction sports steering wheel and black detailing (including the roof lining) to create a performance car ambience within, while there's also ten-colour ambient interior lighting. The RS will come with three levels of infotainment (Bolero, Amundsen and Columbus), the most opulent of which has a 9.2-inch capacitive touchscreen display and the ability to turn the car into a Wi-Fi hotspot. Inductive (wireless) charging of smartphones is also possible, while the Octavia RS 245 will be equipped with a wide array of electronic driver assist systems.

As this is the 'most powerful Octavia ever built', says Skoda, conveniently forgetting the Bonneville record-breaker of 2012 with c.600hp, it's also the most accelerative - it'll rip off 0-100km/h in 6.6 seconds as a Hatch and 6.7 seconds as the Combi wagon. Power from the 2.0-litre, four-cylinder TSI petrol engine is up to the 245hp the model's badge hints at, of course, but torque also climbs 20Nm to a new peak of 370Nm, delivered from 1,600- to 4,300rpm. Driving the front wheels (for now) through a standard six-speed manual or - in a first for Skoda - a seven-speed DSG, instead of the old six-cog twin-clutch unit, that means there's a lot of mid-range flexibility; as examples, 60-100km/h takes 6.4 seconds in fifth gear in the manual Hatch (6.6 seconds Combi) and 80-120km/h in the same gear is dispensed with in 6.6 seconds (Hatch, Combi 6.8 seconds).

The RS sits 14mm lower than comparable regular Octavias and it has a wider rear track than its predecessor to the tune of 38mm. As standard, 19-inch wheels are fitted, along with an ESC system with a Sport mode and the electronically regulated VAQ limited-slip differential on the front axle, which was introduced on the RS 230. Progressive steering and optional Dynamic Chassis Control switchable dampers also feature on the 245's tech sheet.

As it's a Skoda, there are some Simply Clever features on the car, like special bottle holders in the centre console which allow one-handed opening of PET bottles, a heated steering wheel, two USB ports in the rear, a personalisable key and a removable LED torch in the boot of the Combi RS 245.