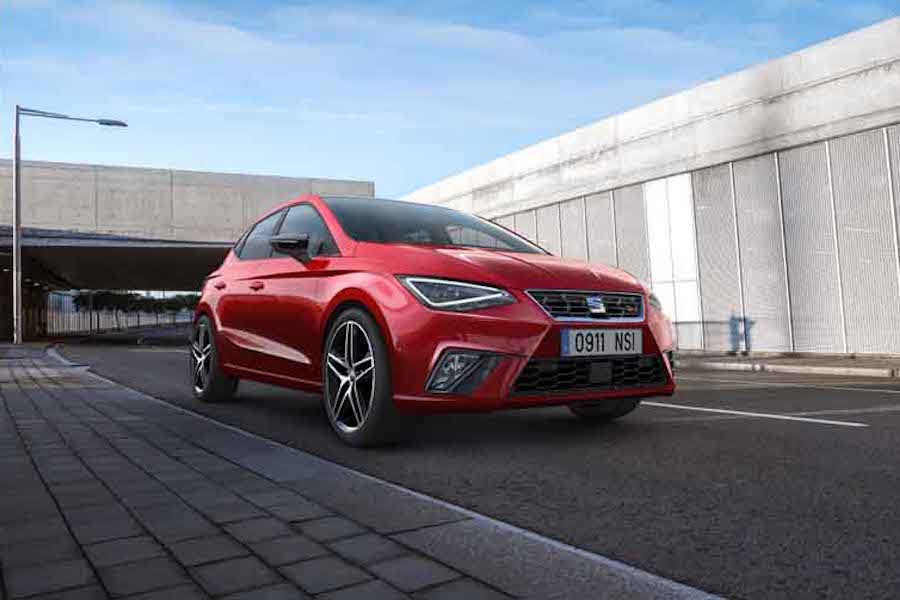 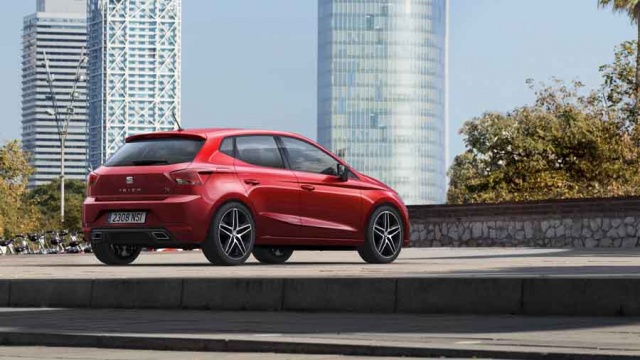 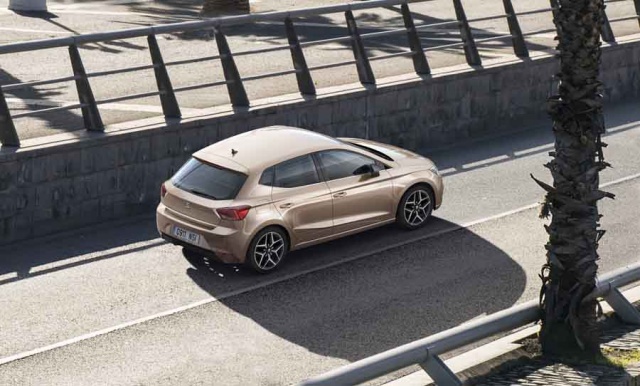 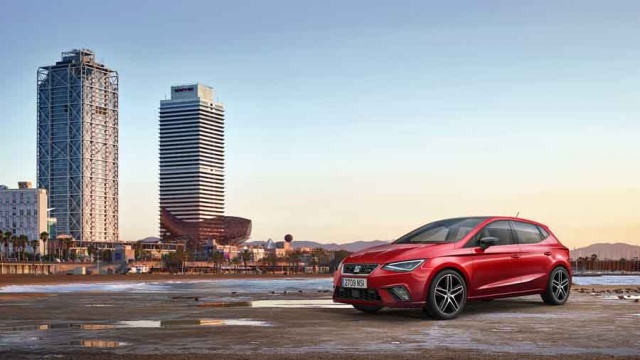 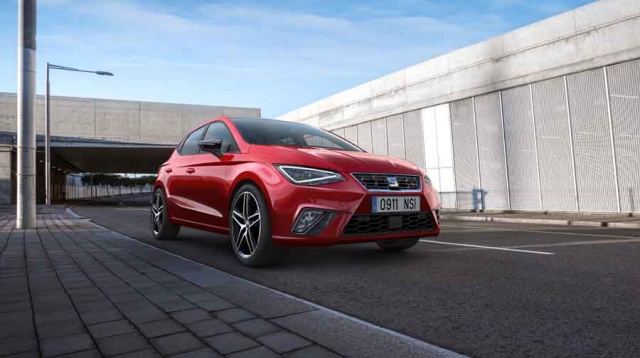 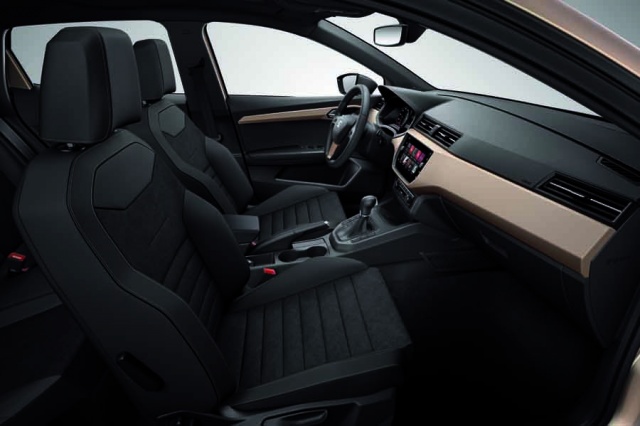 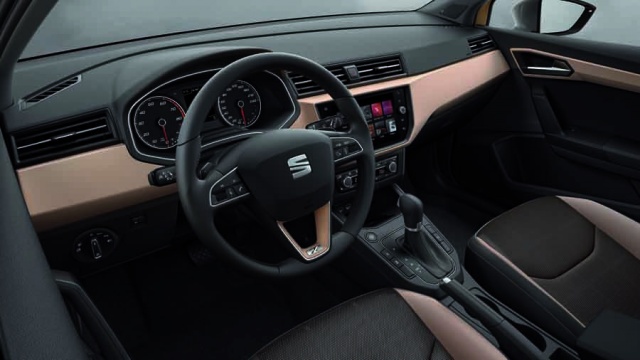 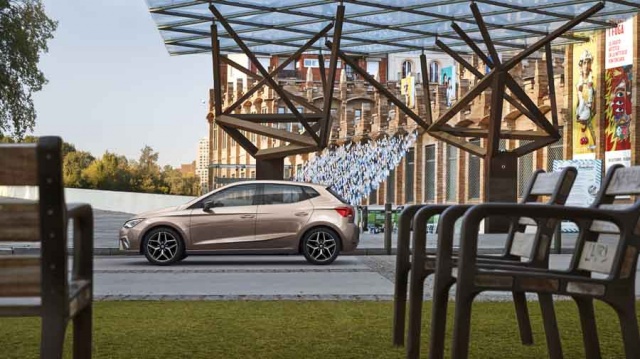 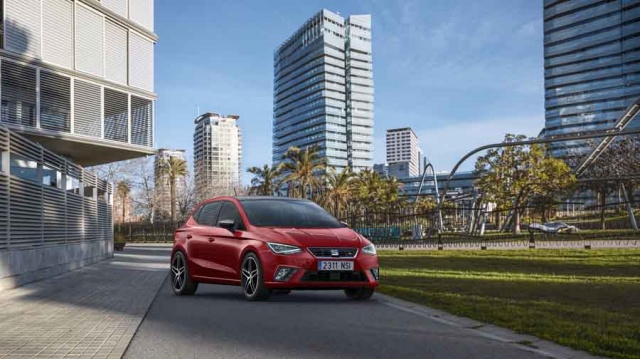 This is the new fifth-generation SEAT Ibiza, and as you can see, the Spanish car maker has turned up the style. Due to arrive in time for the July 172 registration period, the new Ibiza looks set to give established rivals in the supermini segment something to worry about.

It is clear to see that the current SEAT Leon has had a big influence on how the new Ibiza looks, which isn't surprising given the success that it has enjoyed to date. The proportions are much better than the outgoing model, with it possessing a lower and wider stance than before. Overall it is 2mm shorter than the current Ibiza, but crucially the wheelbase has been stretched by 60mm to give more room to passengers. Unlike the previous model, this new Ibiza will only be offered with a five-door body style.

The sides of the car, much like the SEAT Ateca, feature sharp creases, something that has fast become a design signature for the company. A sharp C-pillar adds to the sporty look of the new Ibiza, and around the back, similar sharp lines feature in the rear light signature.

The new-look interior of the Ibiza reflects what has already been seen in the company's larger models, and builds upon this. In total, there will be four different specification grades on offer, S, SE, FR and a range-topping XCELLENCE version. Higher grade models will feature a large touchscreen infotainment system that will include Apple Car Play, Android Auto, and MirrorLink. SEAT is also partnering with Beats to offer upgraded stereo systems.

SEAT has obviously been paying attention to its German cousins and has worked at improving the look and feel of the materials used inside. The company says its aim was to improve on the level of perceived quality throughout.

Thanks to the longer wheelbase, passenger space, especially in the rear, feels more spacious. The boot has also been increased by 63 litres to 355 litres, which is only slightly less that what is offered in the larger Volkswagen Golf.

The new Ibiza is built on a new MQB A0 platform and is the same that will go on to underpin its forthcoming smaller SUV called the SEAT Arona. Several engines will be offered, ranging from a 1.0-litre three-cylinder petrol with either 95- or 115hp along with a larger 150hp 1.5-litre TSI four-cylinder engine that will arrive in 2017. On the diesel side, the latest version of the familiar 1.6-litre TDI will come in 80- and 95hp versions. Most engines will have a five-speed manual transmission, while the more powerful engines will get a six-speed manual. There will also be a seven-speed DSG automatic transmission available on some engines.

While it's too soon the say just yet, it is very likely that a high-performance Ibiza Cupra model will debut later. This is likely to get a tuned version of the new 1.4-litre four-cylinder petrol engine combined with the seven-speed automatic transmission, although a six-speed manual may also be offered.