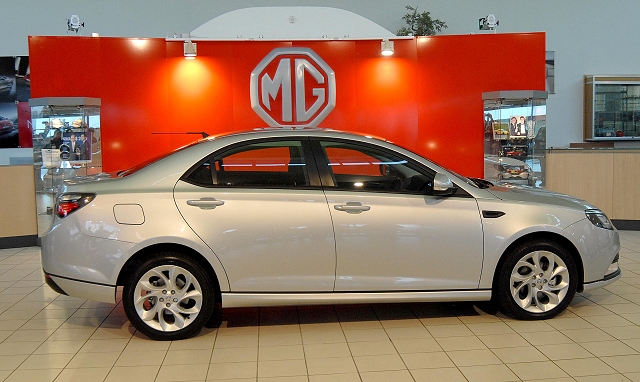 No news on official sales in Ireland, but MG has a new look and a new model.

MG has revealed its revised corporate logo - part of a new corporate identity.  The re-launched brand coincides with the first official unveiling of a new four-door saloon.

In its latest incarnation, the 86-year old octagon badge gets a slightly more rounded look.  The red background is now part of the corporate design; used on signage, brochures and a revised web-site.  The colour was chosen to 'signify the enduring passion that MG generates' as well as because of historic associations with the company.

The new image comes a month before the launch of the five-door MG6 sports fastback.  A four-door version will also be assembled in MG's Birmingham factory with plans to build up to 5,000 cars per year.

Prices for the MG6 will be announced soon. It has been confirmed that the car will be sold in Ireland.