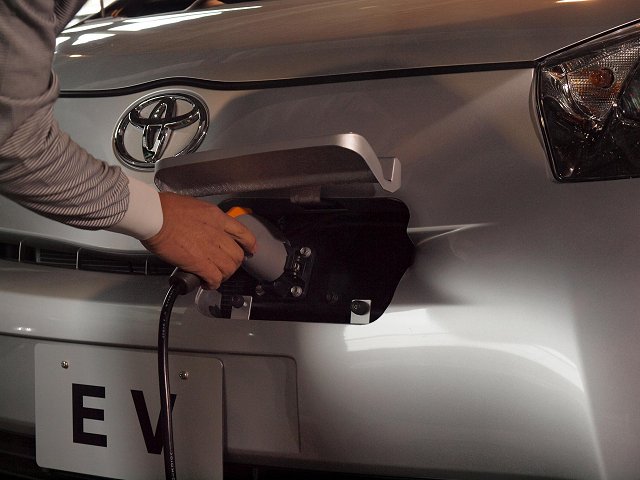 Toyota will display the EV concept at the Geneva Motor Show.

The Toyota EV (electric vehicle) prototype will make its European debut at the Geneva Motor Show in two weeks.  Based on the Toyota iQ, it is described as the company's long-term vision for short-range sustainable mobility.

Using parts developed from Toyota's Hybrid Synergy Drive, the EV is fitted with a flat, lithium-ion battery claimed to give a 105-kilometre range.  The battery sits under the floor, leaving passenger and luggage space unaffected.

The prototype EV will undergo testing across Europe this year.  It is possible that Toyota will lease EVs to the public from 2012.  The EV will be available in the USA and its viability in other markets is being evaluated.

The EV will appear alongside Toyota's other show highlights, including the Yaris HSD concept, Prius+ MPV and FT-86 Concept II.  The Geneva Motor Show runs from 1 to 13 March.