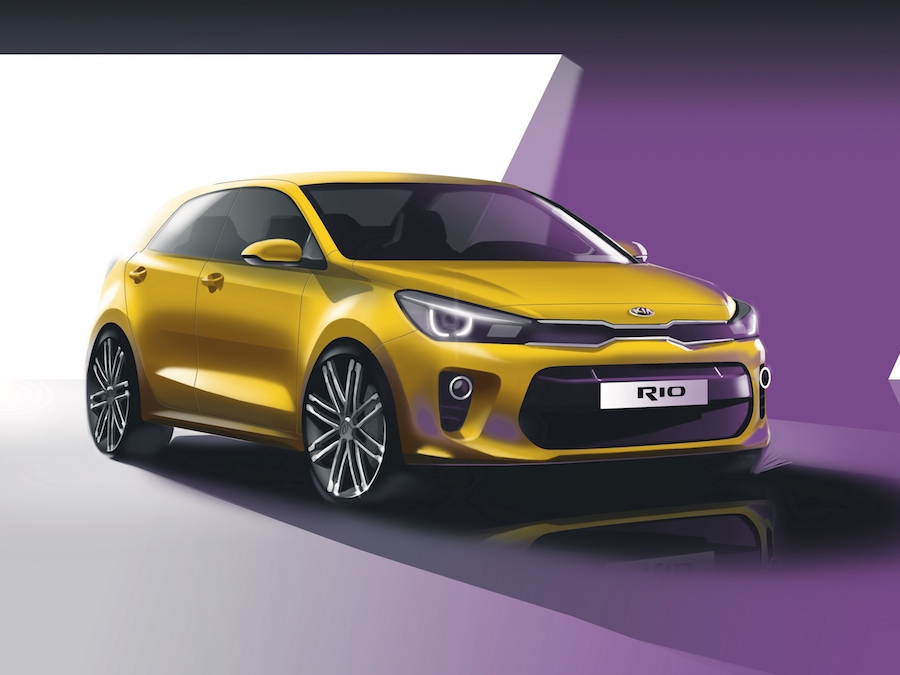 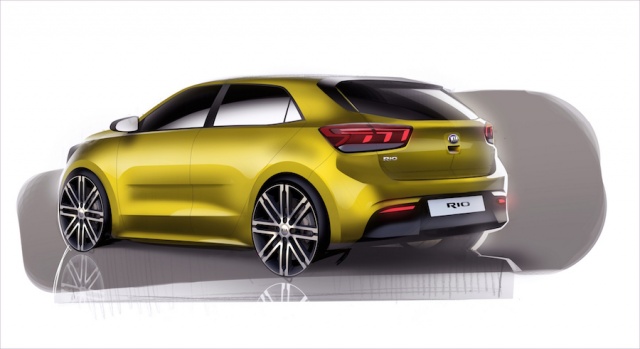 Kia is readying its fourth-generation Rio B-segment hatchback for market and the model will get its world debut at the Paris Motor Show. For now, we've got this handful of promising sketches of the newbie.

Not much solid detail to go on, but Kia does confirm that the exterior and interior style was led by design centres in Germany and California. Kudos to them, then, because if the production version looks anything like as sporty and muscular as this thing, Kia could be onto a winner.

You'll note the Rio has the signature 'tiger nose' grille, but unlike on the larger Sportage crossover, where the headlights are separated from said grille (and not necessarily to good effect, we might add), the Rio's aperture connects to sleek headlamp clusters either side.

There's a more upright C-pillar to make it look less hatchback-y and Kia also cites a longer wheelbase, presumably leading to improved interior space. Talking of the cabin, the one drawing of that also looks promising, although Kia's cockpits have been pretty fine for a few years now.

Kia has to get this one right, because the Rio is the manufacturer's best-selling model - more than 473,000 of them found homes worldwide in 2015. This MkIV, due on the roads in Europe in 2017, will back up its sleek styling with 'class-leading practicality and safety technology, the latest connectivity features, and more assured and engaging ride and handling characteristics' according to Kia.

The covers come off the Rio MkIV at 1.45pm Irish time on September 29th at the Paris Motor Show.