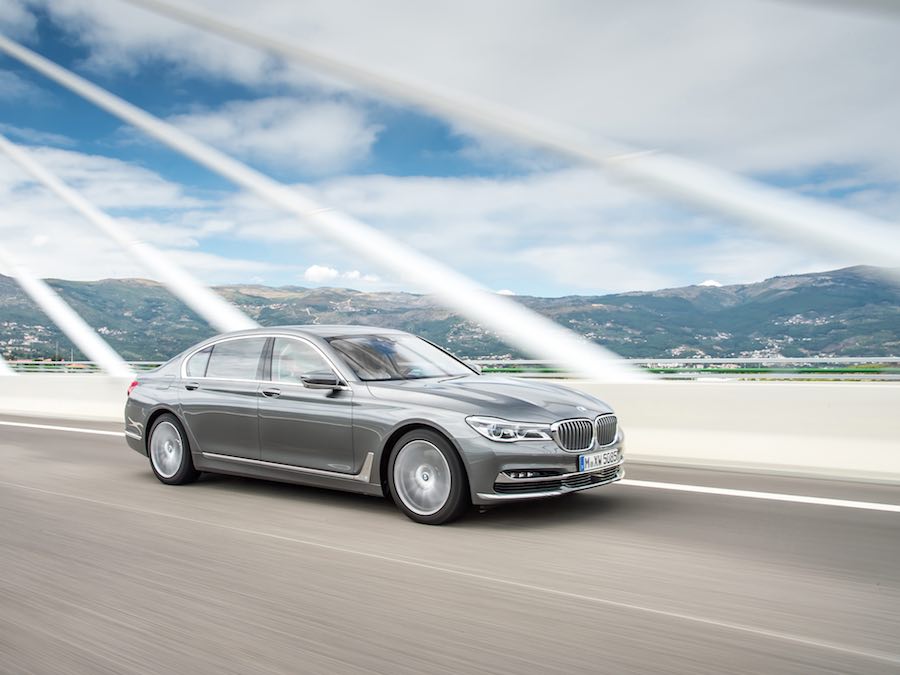 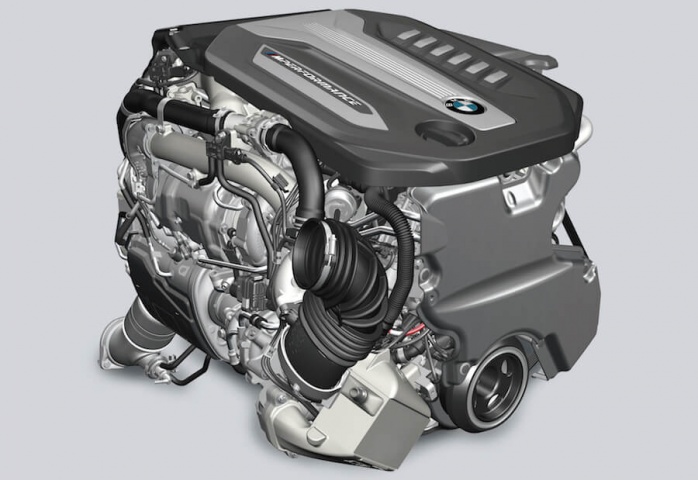 Most powerful six-pot diesel in the world found in BMW’s 750d and Ld models.

Are we witnessing the new battleground in the German manufacturers' one-upmanship stakes? Possibly. We began with horsepower. Then we moved onto who had the best laser headlights. Now it would seem turbos are the 'in' thing, as we say a very hearty hello to the BMW 750d and 750Ld models, both xDrive cars.

Don't be fooled by the model number, though, as this new Seven doesn't have a 5.0-litre diesel lump. It in fact makes do with the same 3.0-litre unit we've come to know and love over the years. However, while Audi is messing around with electrically powered 'third turbos' in the SQ7 in order to eliminate turbo lag, BMW's tactic appears to be the more, the better. So the 750d/Ld benefits from not one, not two, not even three (BMW's already dabbled with a tri-turbo lump) but FOUR turbochargers.

Sticking with the slightly confusing sub-brand of TwinPower Turbo technology, the 750d/Ld now enters a highly exclusive production car club of quad-turbo motors that is otherwise exclusively populated by Bugattis: namely, the V12 EB110 of 1991 and the later W16-powered Veyron and Chiron hypercars. The BMW is also laying claim to possessing the most powerful six-cylinder diesel engine in the world with 400hp at 4,400rpm, plus 760Nm of torque from 2,000- to 3,000rpm; further, 450Nm of that pulling power is available from just 1,000rpm.

Hence why both the short- and long-wheelbase models are fitted with xDrive all-wheel drive traction and an eight-speed Steptronic automatic transmission, in order to try to cope with such colossal low-end grunt. Thus, the 750d will do 0-100km/h in 4.6 seconds (4.7 seconds 750Ld) and both variants run into a 250km/h electronic speed limiter, probably just about the speed they're getting into their stride. The eco-figures are quoted as 5.7 litres/100km (49.6mpg) and 149g/km CO2 for the 750d, with the 750Ld returning 5.9 litres/100km (47.9mpg) and 154g/km accordingly. So they're preposterously powerful and also green as well.

It would seem to spell the end of the tri-turbo unit that used to top BMW's diesel line-up, although this new quad-turbo only makes 19hp and 20Nm more than the old engine. However, expect BMW to turn it up even further for future, possibly 'M'-branded variants. But enough of all this extemporising - you want to know how it works, right? OK, whereas the old triple-turbo BMW diesel had two small low-pressure turbos (LPTs) and one large high-pressure turbo (HPT), this new unit has two medium-sized high-pressure blowers instead. Under normal operation, the 750d/Ld uses the two LPTs and one of the HPTs, with the final turbo kicking into action once the engine climbs past 2,500rpm.

Fuelling all this is a commonrail direction injection set-up capable of a phenomenal 2,500bar, while the 750d/Ld has a diesel particulate filter, a NOx storage catalytic converter and a Selective Catalyitc Reduction (SCR) system with AdBlue injection to keep its exhaust gases as free from harmful particulates as possible.

BMW says that, with exhaust gas recirculation for the LPTs incorporated for the first time (it was fitted only for HPTs previously), lag is eliminated and boost pressure builds swiftly at low engine speeds. Well, we can't wait to find out if that's true, and so we eagerly await the 750d xDrive and 750Ld xDrive going on sale in July 2016.

Published on May 17, 2016
Written by Matt Robinson