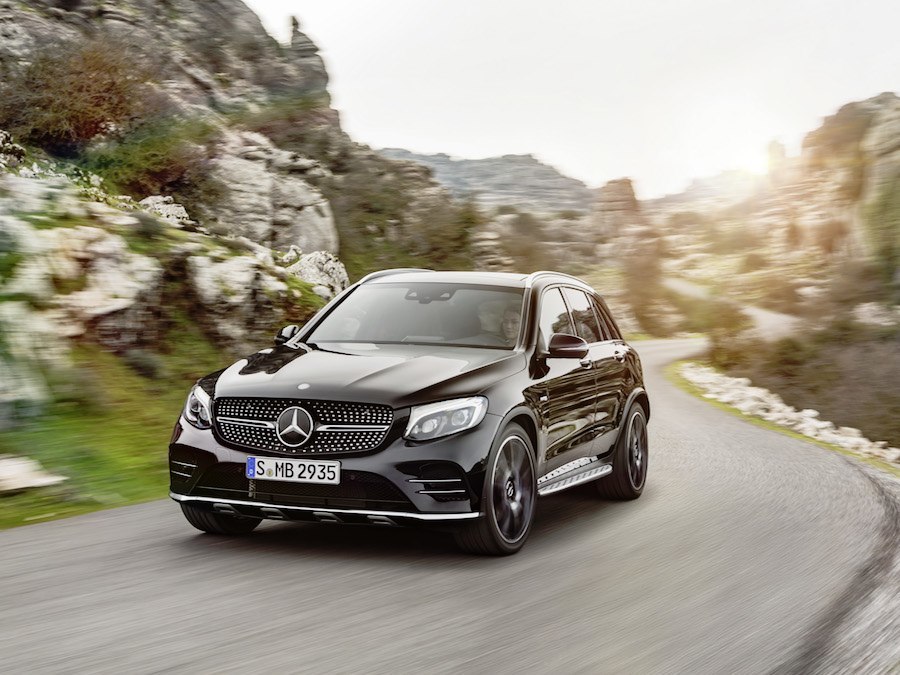 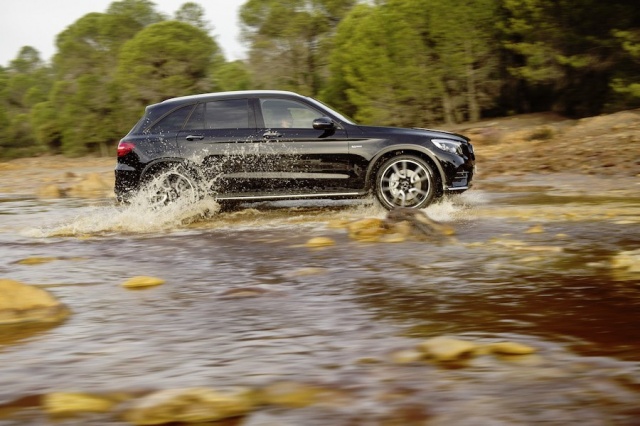 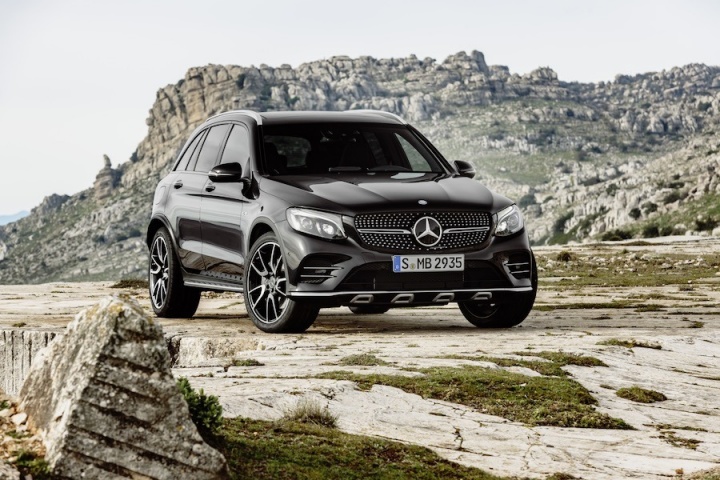 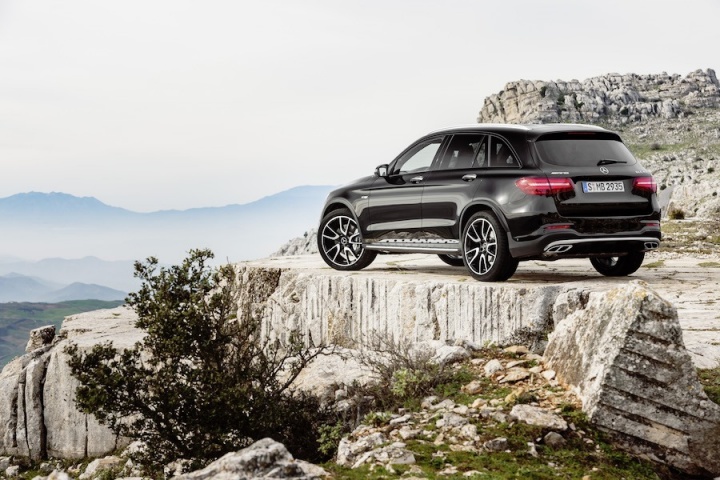 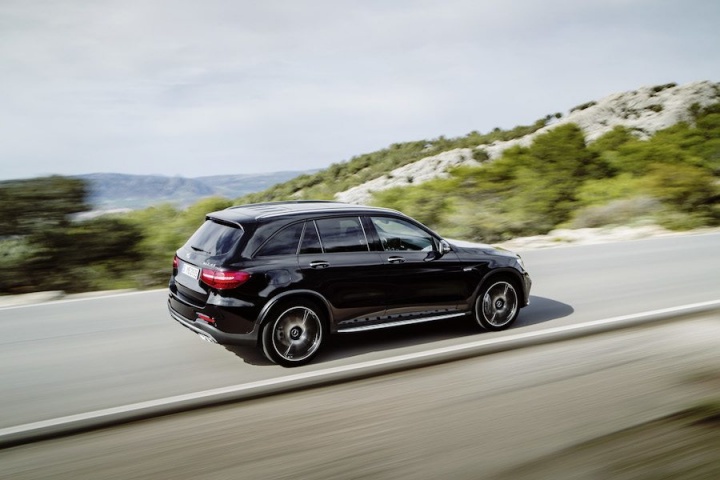 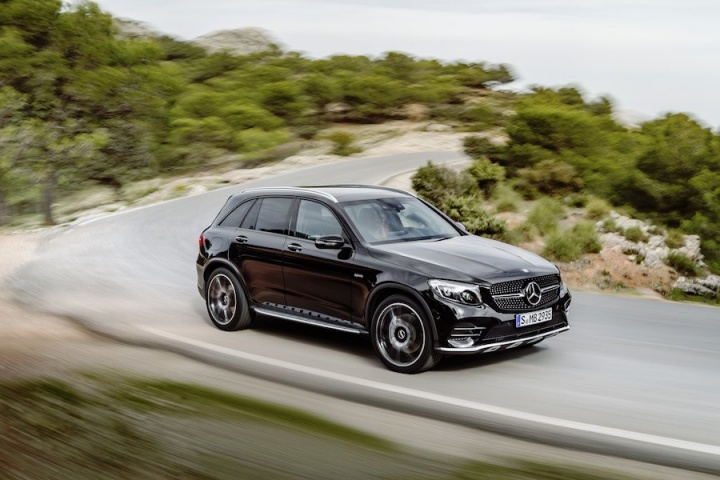 Mercedes-AMG's 'Project 43' expansion continues apace. By that, we mean the new 'entry-level' AMGs that are springing up across the Mercedes portfolio; originally to be called 450 AMG Sport, now they're badged 43 instead, to sit below the bigger V8-engined 63 AMG variants. The latest beneficiary of this treatment is the GLC mid-sized SUV.

Big wheels, big air intakes, quad exhausts and a bespoke radiator grille - the Affalterbach hallmarks of the Mercedes-AMG GLC 43 are familiar to fans of the marque. Although the potent SUV gets only a single 'louvre' bar stretching away from the three-pointed star, in this instance a high-gloss black item with chrome inserts gives the traditional 'double-bar' appearance of the AMG fraternity. Those five twin-spoke alloys are 19-inch items, while on the front wings you might spot the discreet 'BITURBO 4MATIC' lettering of the GLC 43.

A multifunction sports steering wheel and a pair of front bucket seats emphasise the GLC 43's sporting credentials, while the upholstery is a mix of Artico man-made leather and Dinamica microfibre. Red top-stitching abounds, while further signifiers come in the form of chequered-flag dials, a 5.5-inch digital display cluster and optional carbon-fibre trim. Mercedes-AMG will also offer a range of upgrades, including even more deeply sculpted front chairs, full leather upholstery and a Night Package.

Harnessing the grunt is an AMG Performance 4Matic all-wheel drive set-up featuring a 31:69 per cent rear-biased torque distribution, with the drivetrain featuring a nine-speed 9G-Tronic automatic transmission, which has been calibrated for double-declutching on downshifts and short response times. AMG Ride Control sports suspension with three-stage adaptive damping is fitted, as is the AMG Dynamic Select driving modes function inside. Bringing the whole lot to a halt is a set of internally ventilated compound brakes, perforated at the front, with disc diameters of 360- and 320mm front-to-rear respectively.

"With the new GLC 43 4Matic, we are offering an AMG model in the mid-size SUV segment for the first time," said Tobias Moers, CEO of Mercedes-AMG. "The new SUV from Affalterbach marks the pinnacle of the GLC product range and in the AMG portfolio it closes the gap between the GLA [45] and GLE [63]."

Mercedes-AMG will premiere the GLC 43 4Matic at the New York Auto Show at the end of March, with sales commencing soon after for a launch later this year.