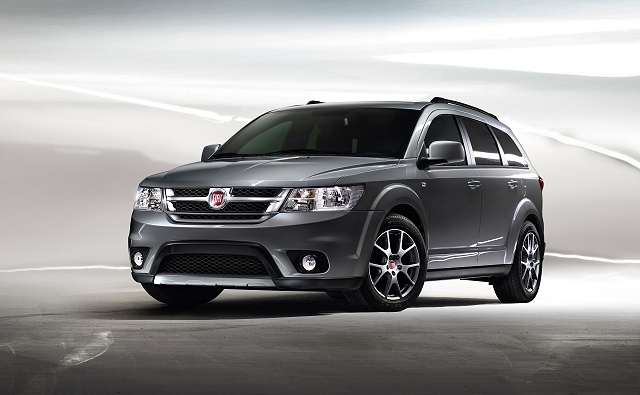 Re-badged Dodge Journey not confirmed for right-hand drive just yet.

Fiat will debut the Freemont MPV at the Geneva Motor Show, a car that is based on the Dodge Journey, and quite obviously so. Fiat says the passenger compartment is all-new and includes soft touch materials. No pictures of that as yet, though.

We're told there's a wraparound dashboard featuring chrome accenting, a "strikingly good looking central console and an innovative infotainment system." The seven-seat interior is as spacious as they come, says Fiat, thanks to a longest-in-class wheelbase.

To start with it will be available with a 2.0-litre MultiJet diesel engine with either 140- or 170hp and front-wheel drive. Later a 4x4 version will rock up powered by the latter of the diesels or a 276hp 3.6-litre petrol V6.

The Fiat Freemont will be built in Chrysler Group's Toluca plant, Mexico, and will go on sale in Europe during the second half of 2011. No prices yet, or indeed confirmation it will come to Ireland.