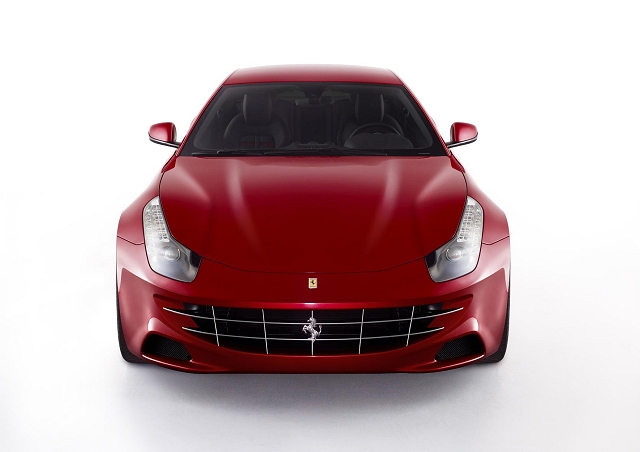 The new Ferrari FF features four-wheel drive for the first time in the company's history.

The rumour mill can rest easy for a while, as Ferrari's replacement for the Scaglietti is finally here. It's called simply the FF, indicating that it seats four and, for the first time in the company's history, features four-wheel drive.

Fear not, it's a real Ferrari through and through, with a V12 petrol engine, a top speed of 335km/hh and 0-100km/h in 3.7 seconds. Power from the direct-injected engine is fed via the company's dual-clutch 'F1' transaxle to all four wheels. The four-wheel drive system, dubbed '4RM', has been patented by Ferrari and it apparently weighs 50 percent less than a conventional 4x4 drivetrain.

The car itself weighs 1,790kg, despite being 4.9 metres long and seating four. It appears to be one of the most practical Ferraris ever too, with luggage space of 450 litres, which can be extended to 800 litres.

We're keen to try out the FF's new driving technology. The four-wheel drive is integrated with the rest of the car's electronic control systems, and it offers 'continuous and intelligent predictive torque distribution'. Magnetorheological damping is standard, along with Brembo carbon-ceramic brakes.

Prices and on-sale dates have yet to be announced. No doubt we'll learn more at the car's world debut at the Geneva Motor Show in March.