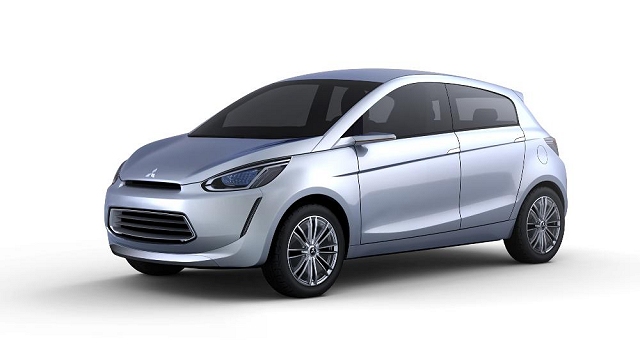 Mitsubishi will display a new small model due for global sale in Geneva.

Mitsubishi will have a brand new hatchback to show at the Geneva Motor show in March, called the Concept Global Small.

It's planned for production exactly one year after its debut, in March 2012, and will be made in Thailand.

The company hasn't confirmed it yet, but the name alone suggests this is a car that will go global, sold in Europe, Asia and America. Everyone else is at it, so why not Mitsubishi?

As you can see it looks pretty much production ready, and Mitsubishi has already given away some details. The Fiesta-sized car 'comfortably seats five adults' and draws power from 1.0- and 1.2-litre petrol engines with start-stop technology. It also features brake energy regeneration, a CVT automatic gearbox and low rolling resistance tyres.

Mitsubishi says it has trimmed weight from 'the most complex parts' but doesn't say how heavy the car is yet. Regardless, it will emit CO2 at a rate of around 95g/km.