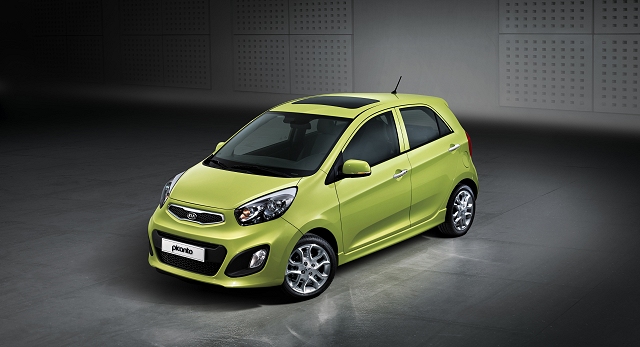 The new-look Kia Picanto debuts at the Geneva Motor Show in March.

Kia has released the first pictures of its new Picanto.  It is slightly larger than the outgoing car and will be available in both three- and five-door body styles for the first time.

The new styling features sculpted body sides to give a 'more surefooted stance'.  Kia describes the new design as giving a 'bolder, more mature and more self confident look'.

Power comes from all new 1.0- and 1.2-litre petrol engines.  Depending on local market requirements LPG, bi-fuel and flex-fuel versions will also be offered.

The new Picanto will be officially unveiled at the Geneva Motor Show on 2 March.  An Irish market launch date has yet to be announced.