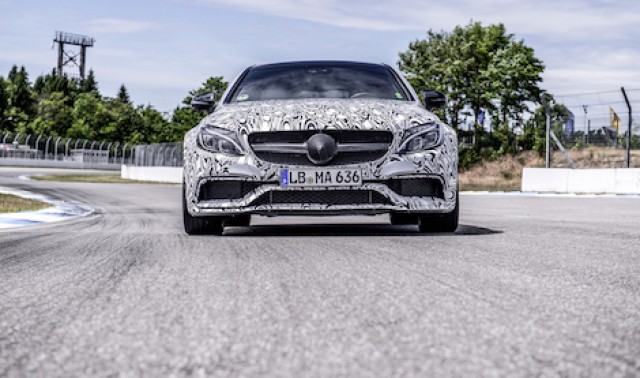 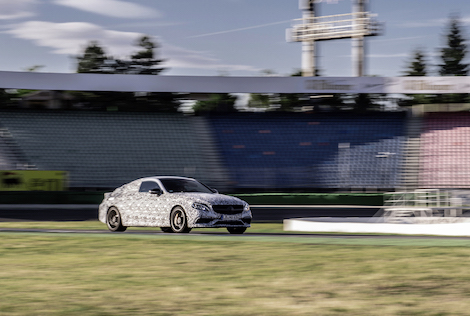 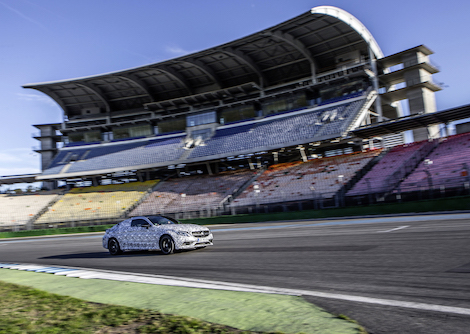 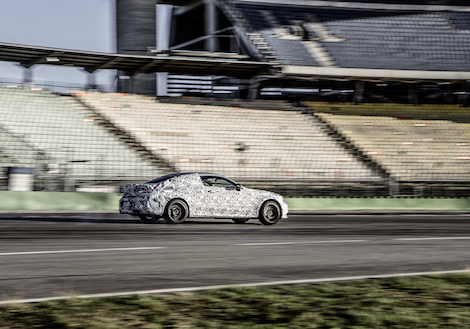 A clear rival for the BMW M4, this is the coupé version of the Mercedes-AMG C 63 - which we think is Very Good News Indeed.

When the preceding model of C 63 arrived way back in 2007, toting its astonishing 6.2-litre normally aspirated V8 and the sort of soundtrack that would scare children, it proved to be a real gem of a driver's car... yet it took Mercedes four years to bring out the two-door version we were all waiting for.

Nevertheless, the C 63 AMG Coupé of 2011 was worth the prolonged torture, and it proved to be not only popular with critics but with buyers too. So this time around, the newly-named Mercedes-AMG is not holding its horses, readying the two-door C 63 for market mere months after the saloon and Estate versions were launched.

These shots show the Coupé - likely to use the same twin-turbocharged 4.0-litre V8 as the saloon and Estate C 63s - undergoing final testing at a German race track with the syllable 'Ring' in its name.

But good news for those of us fatigued by constant references to the Nordschleife - the Merc is currently undergoing benchmarking at the Hockenheimring. Although AMG tests all its cars at the Nürburgring eventually...

Expected to be ready for early 2016 following its world debut at this autumn's Frankfurt Motor Show, the Coupé should be available both in 'regular' 476hp C 63 guise and also 510hp 'S' format, as with the saloon and Touring. It will be rear-wheel drive and put power to the tarmac via the seven-cog AMG Speedshift transmission. We can't wait to try it out for size.

With Audi announcing that the RS 4 will return as a saloon in 2016, having only been offered as an Avant in recent years, and expected to have around 500hp, the C 63 saloon will have its hands full dealing with both the new Ingolstadt car and the BMW M3. This Mercedes-AMG C 63 Coupé, therefore, is free to obliterate the ageing Audi RS 5 and BMW's rapid but spiky M4.