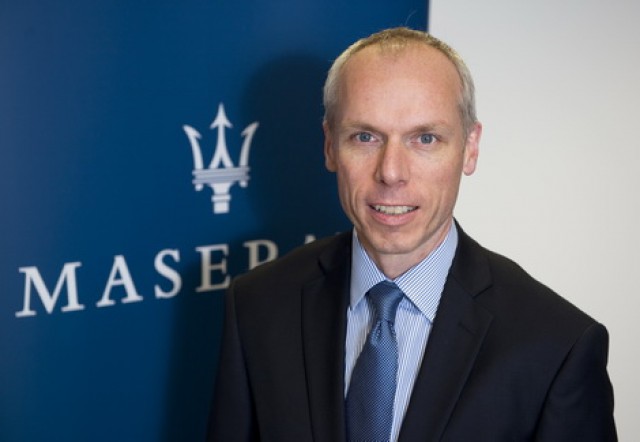 It's increasingly looking likely that the Maserati brand will be officially sold in Ireland.

At last month's Maserati media drive event in Belfast a strong hint was dropped suggesting that the Italian brand would soon have a presence in the Republic of Ireland. The Charles Hurst Group, which sells Maseratis in Northern Ireland, has dealerships in the South and has an exclusive commercial licence to sell several brands - including Maserati - on 'the island of Ireland', is likely to operate the new premises.

We spoke with Peter Denton, General Manager of Maserati North Europe, and he was quite frank:

"We would like to make the Maserati brand more 'customer convenient' and to do that means increasing our network in all environments, where a business could be viable either as a stand alone Maserati business or in partnership with another brand. We have reviewed the possibility of representation for Maserati in the Republic of Ireland on several occasions. Until recently, based upon competitor sales performance, it would not be viable, but it is becoming more so."

"We would start with a location in Dublin and develop from there We would be very happy to extend our relationship with Charles Hurst, who represent us in Belfast. They understand the brand, our plans and already have the experience of supplying Maserati to customers in the republic."

At the time of writing, Maserati's line-up consists of two sports/luxury saloons, the Quattroporte, which competes with the Mercedes-Benz S-Class, and the Ghibli, an alternative to the Audi A7 Sportback or Mercedes CLS. However, Denton confirmed to CompleteCar.ie the new model plans for Maserati, plans that include a large SUV and a rival for the Porsche 911.

At the 2016 Detroit Auto Show, we will witness the unveiling of the new Maserati Levante, a large SUV to take on the Porsche Cayenne and Range Rover Sport. It'll be offered in a range of all-wheel drive guises, including a V6 diesel and a 580hp turbocharged petrol V8. Denton also confirmed that Maserati would launch a plug-in hybrid in 2017, though stopped short of confirming it would be in the Levante.

Next up is the Maserati Alfieri sports car, as previewed by the concept car of the same name. It's squarely aimed at the Porsche 911, though won't be available in quite so many variants. Turbocharged V6 and V8 petrol engines and rear-wheel drive are the order of the day. It'll hit the market in 2017 and will sire an open-topped model, likely to be called the Alfieri Spyder.

Finally, Maserati will replace the GranCabrio and GranTurismo models, its range-toppers, in 2018. By then Maserati hopes to be selling 75,000 cars a year globally, up from about 36,000 in 2014. The model range above is designed to maintain exclusivity while expanding the brand's reach. Also, there are no plans to expand upwards, so it won't compete with Ferrari with series production cars. Saying that, special editions and limited production runs of super cars like the MC12 are not to be ruled out.

So when can we expect a Maserati showroom to appear? According to Denton: "As soon as possible, is the only answer that I can give, but would expect that it would coincide with the introduction of Levante in 2016."