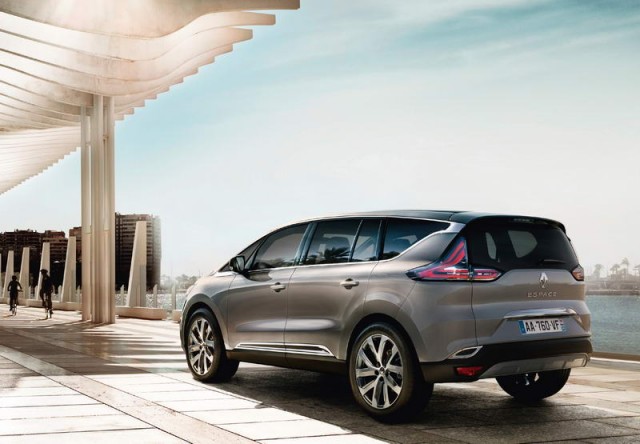 Renault to show off Espace 'crossover' at Paris 2014.

Renault is going to show us the fifth-generation Espace at the Paris Motor Show next week.

Based on the concept car seen at Frankfurt a year ago, the French firm is calling this a 'crossover', not just an MPV. It will feature five- and seven-seat versions, as currently, along with a modular interior fitted with a floating centre console. Little more details have emerged as yet, but expect a full run-down after its premiere.

The Espace will be unveiled by Carlos Ghosn, chairman and CEO of Renault, on Thursday, October 2 at 11am.

Anything else?
If you fancy seeing more of it, Renault and partners Publicis Conseil and DigitasLBi have created a digital presentation package, combining both video and 3D elements that will provide internet surfers - i.e., the people who can't make it to Paris - the chance to explore the interior and exterior designs of the Espace from the comfort of their own computer. Access this funky feature by visiting www.crossover.renault.com.