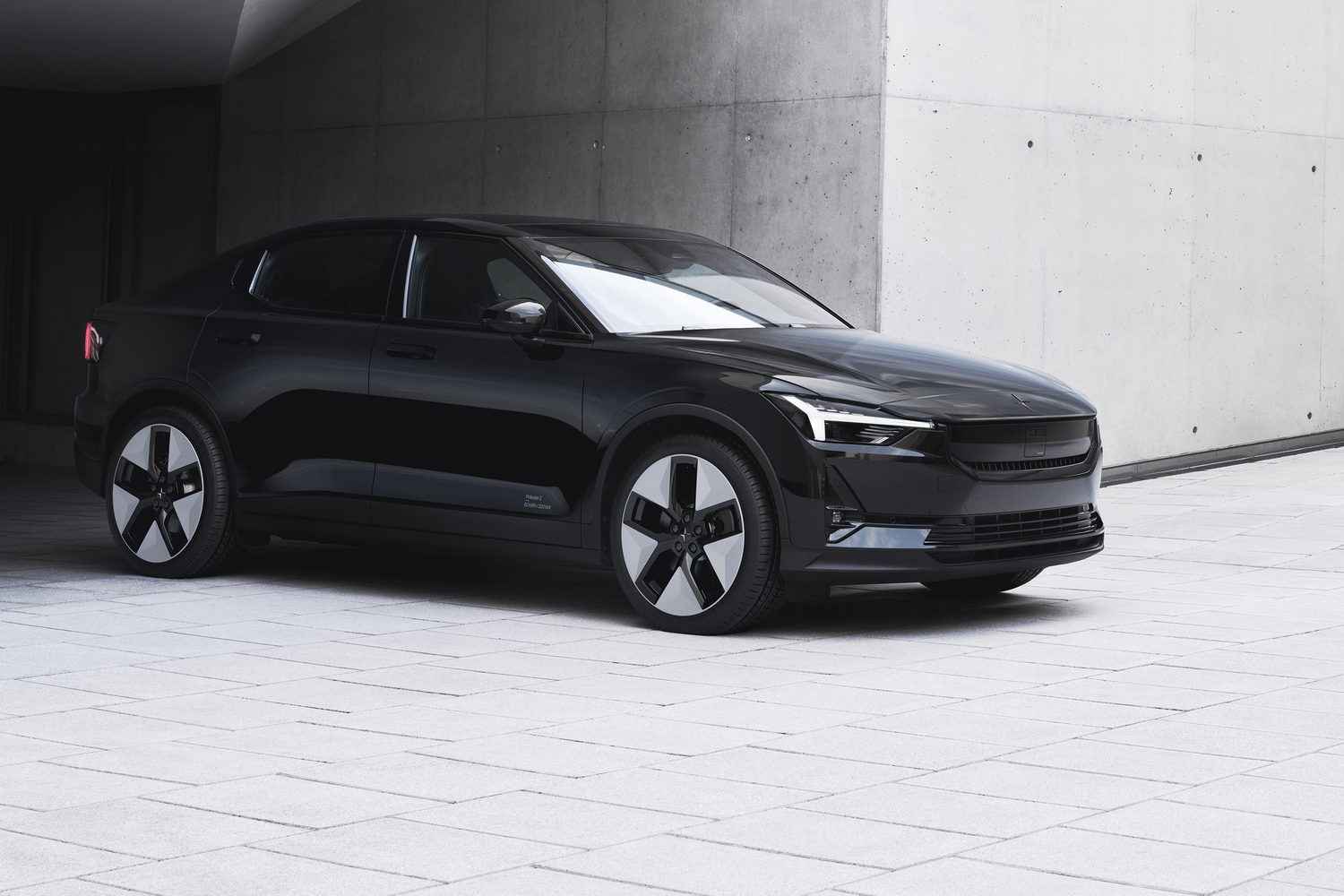 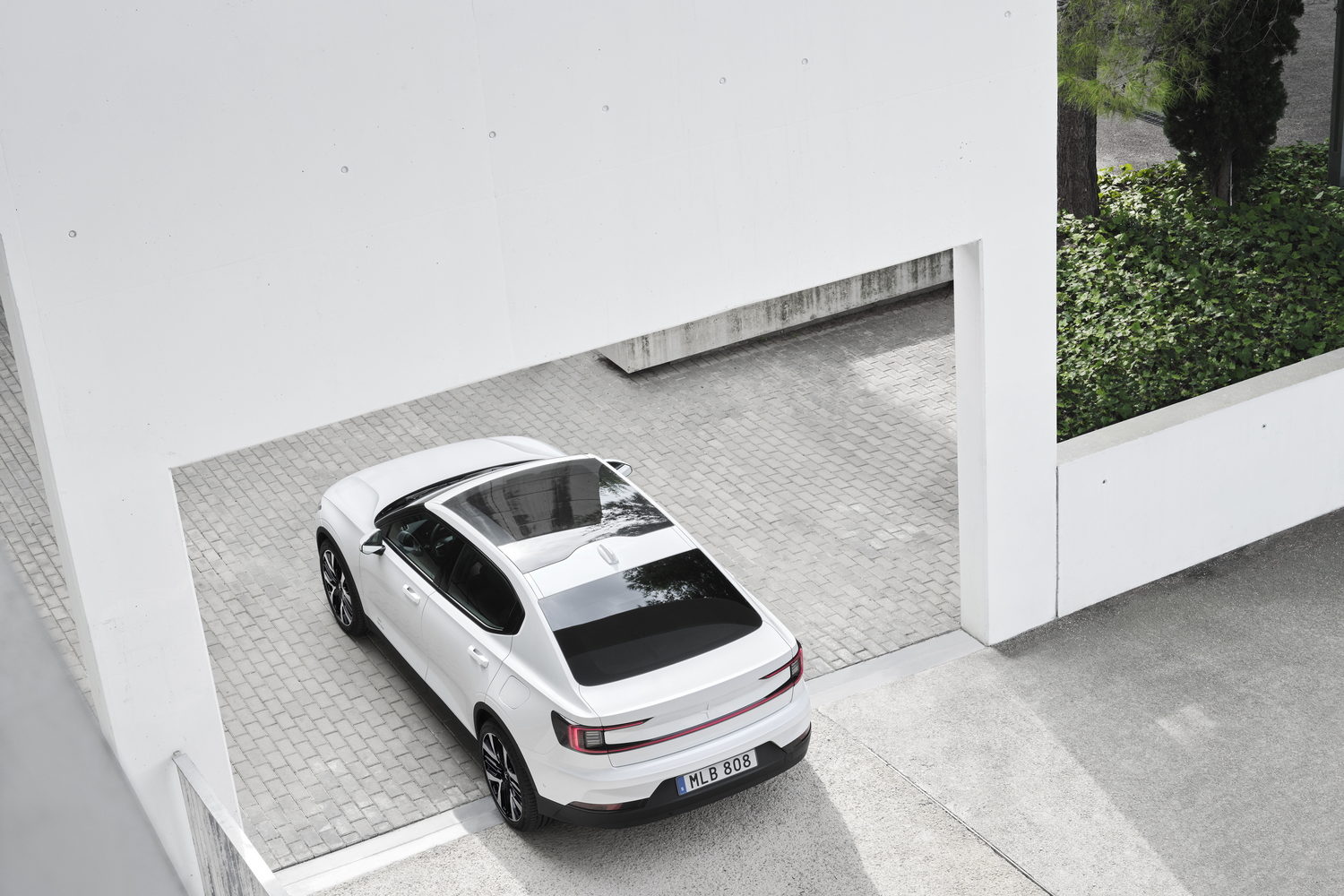 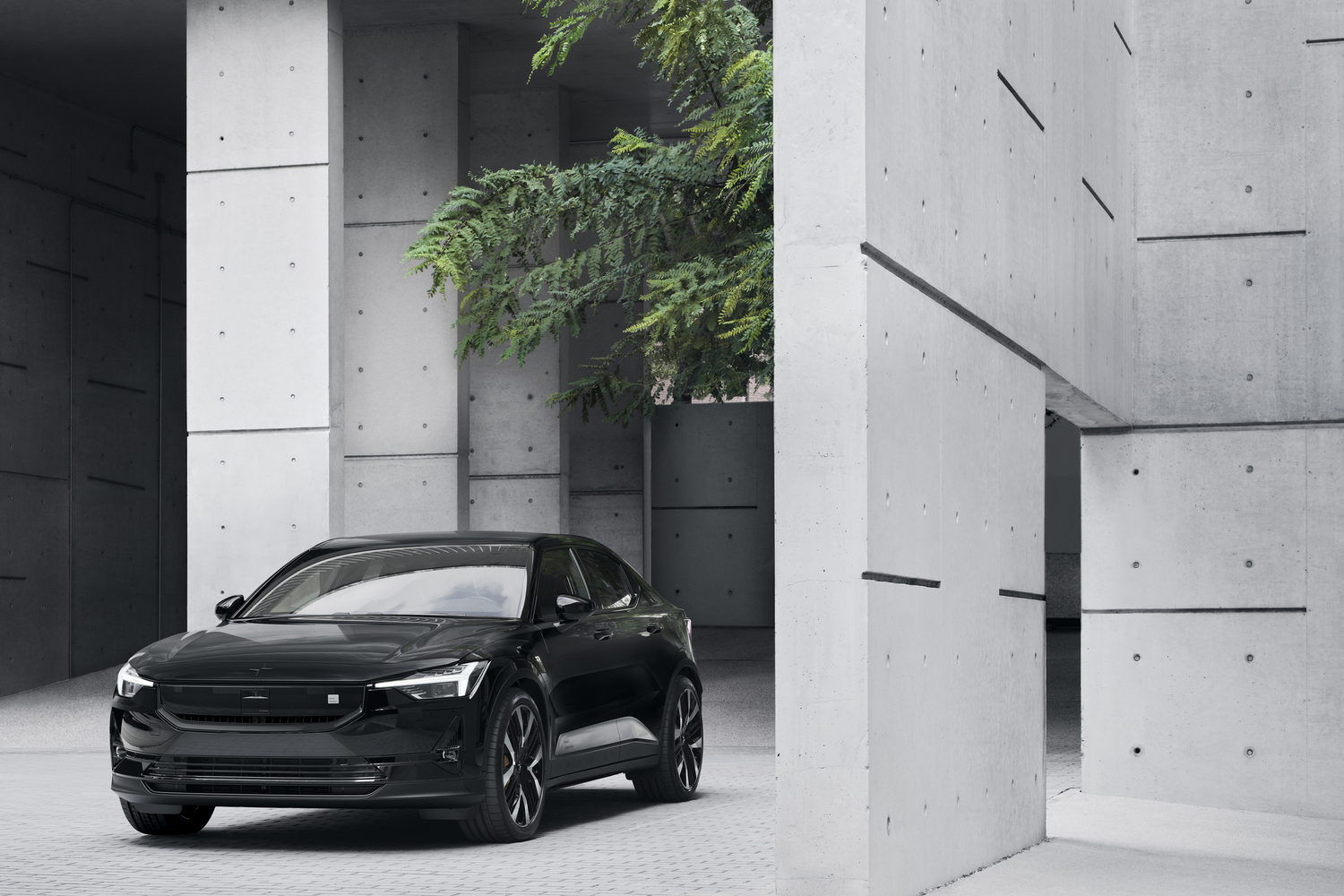 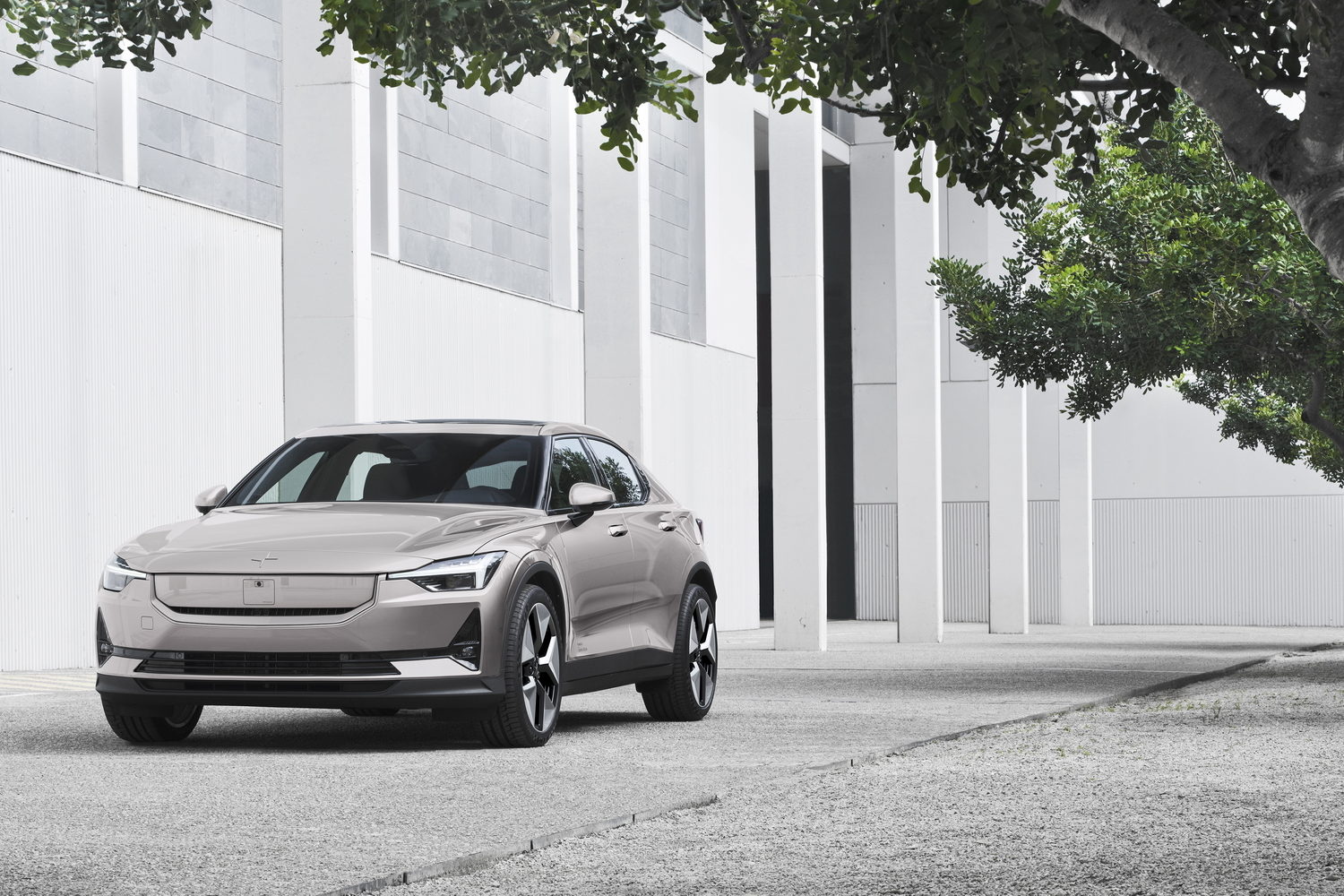 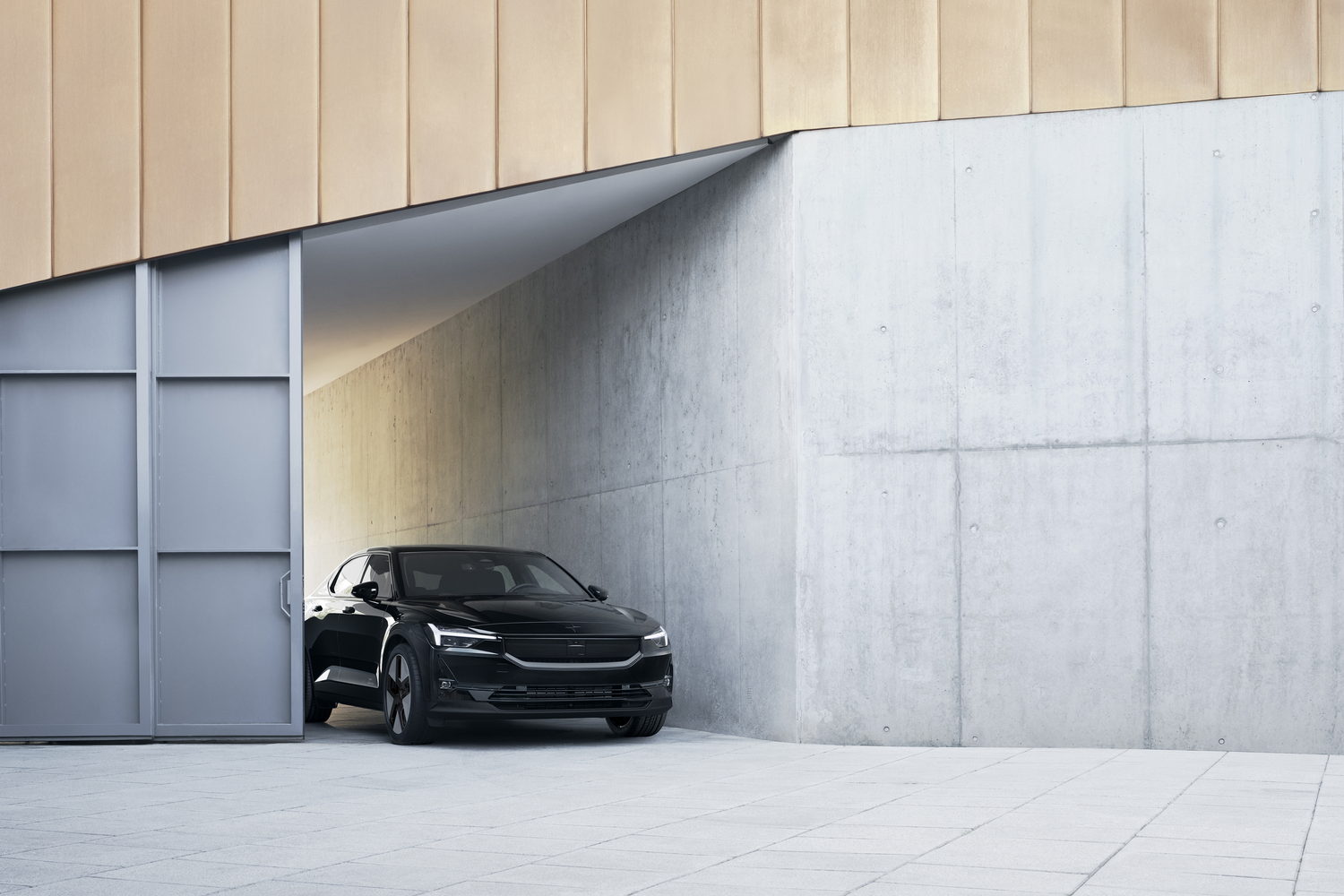 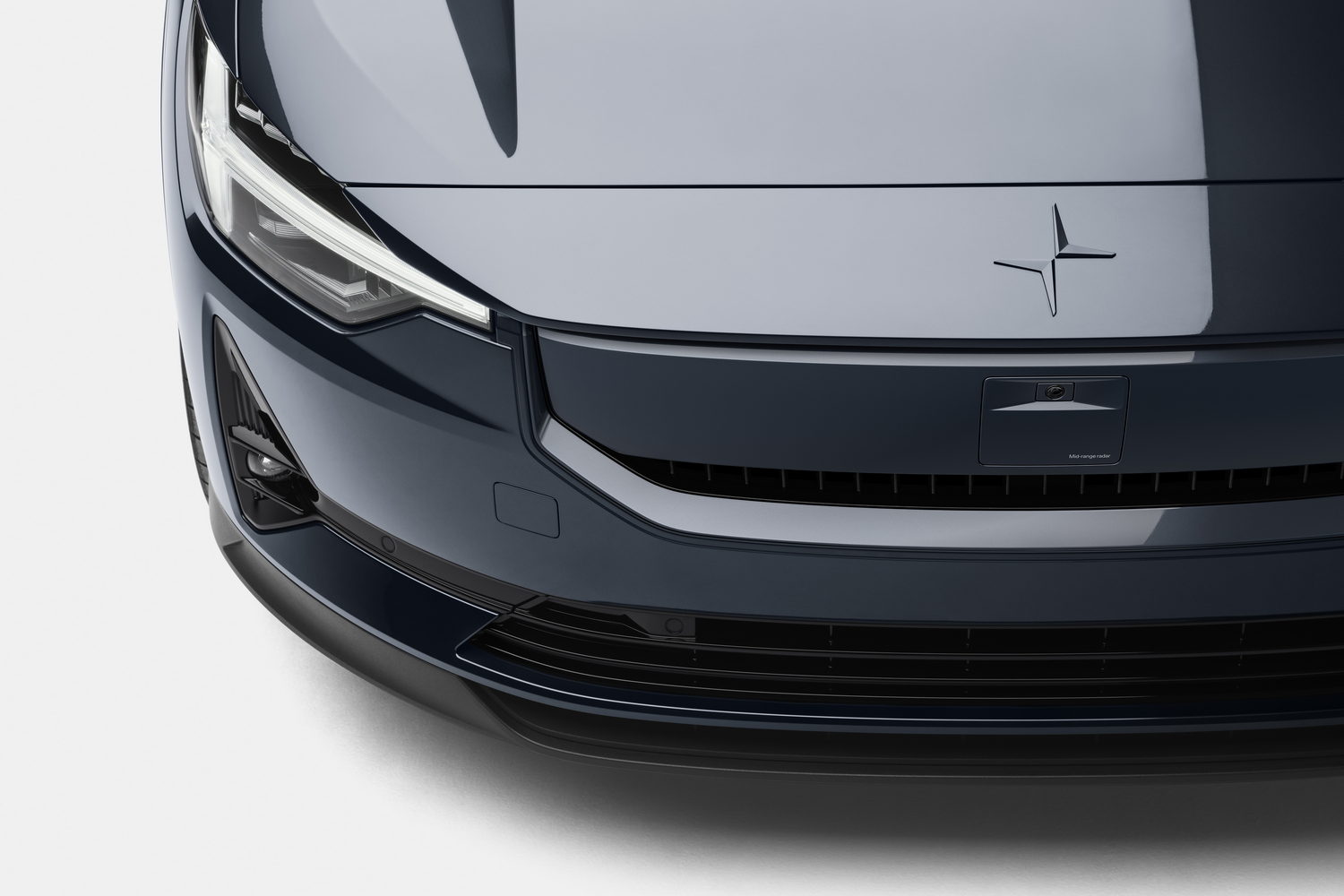 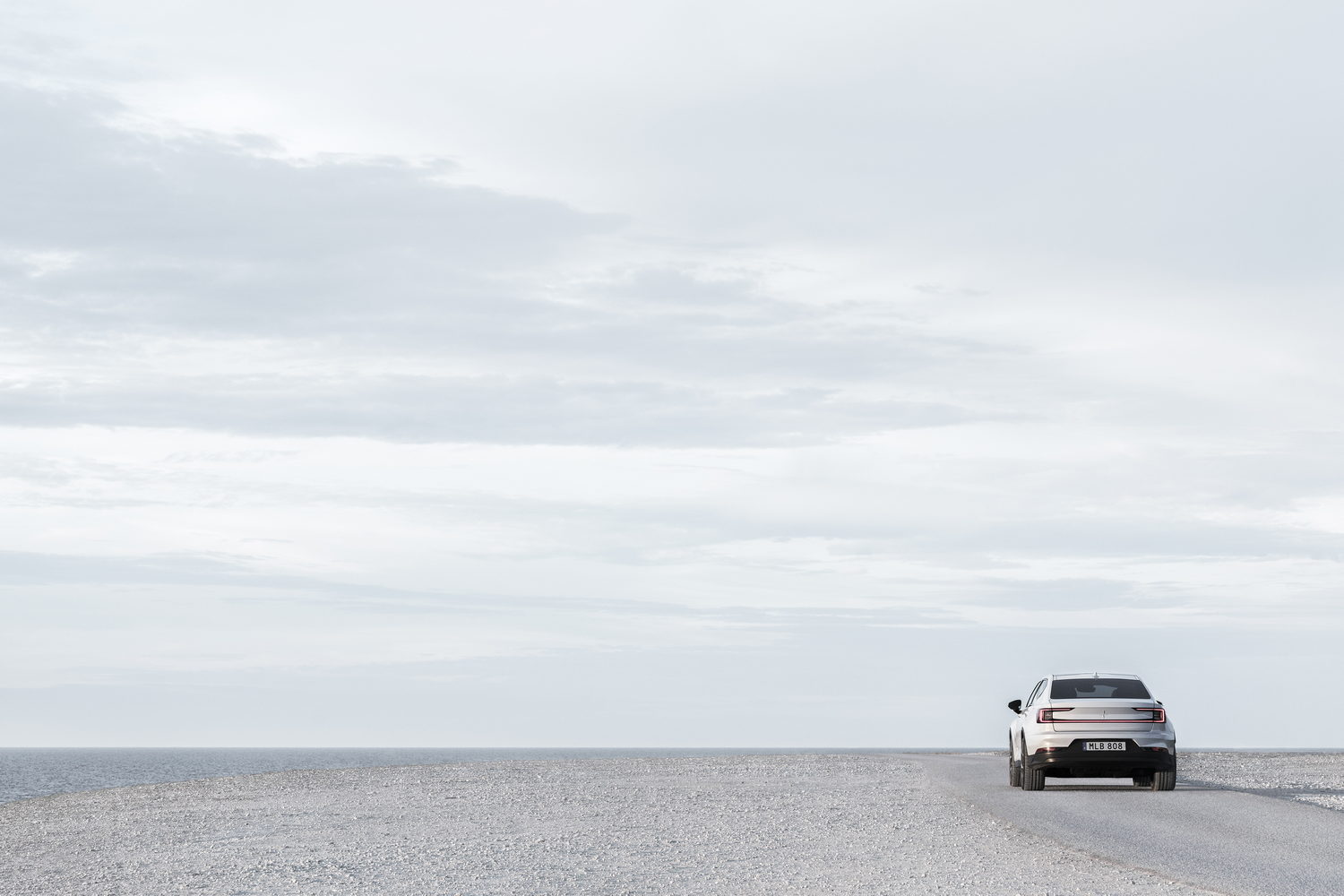 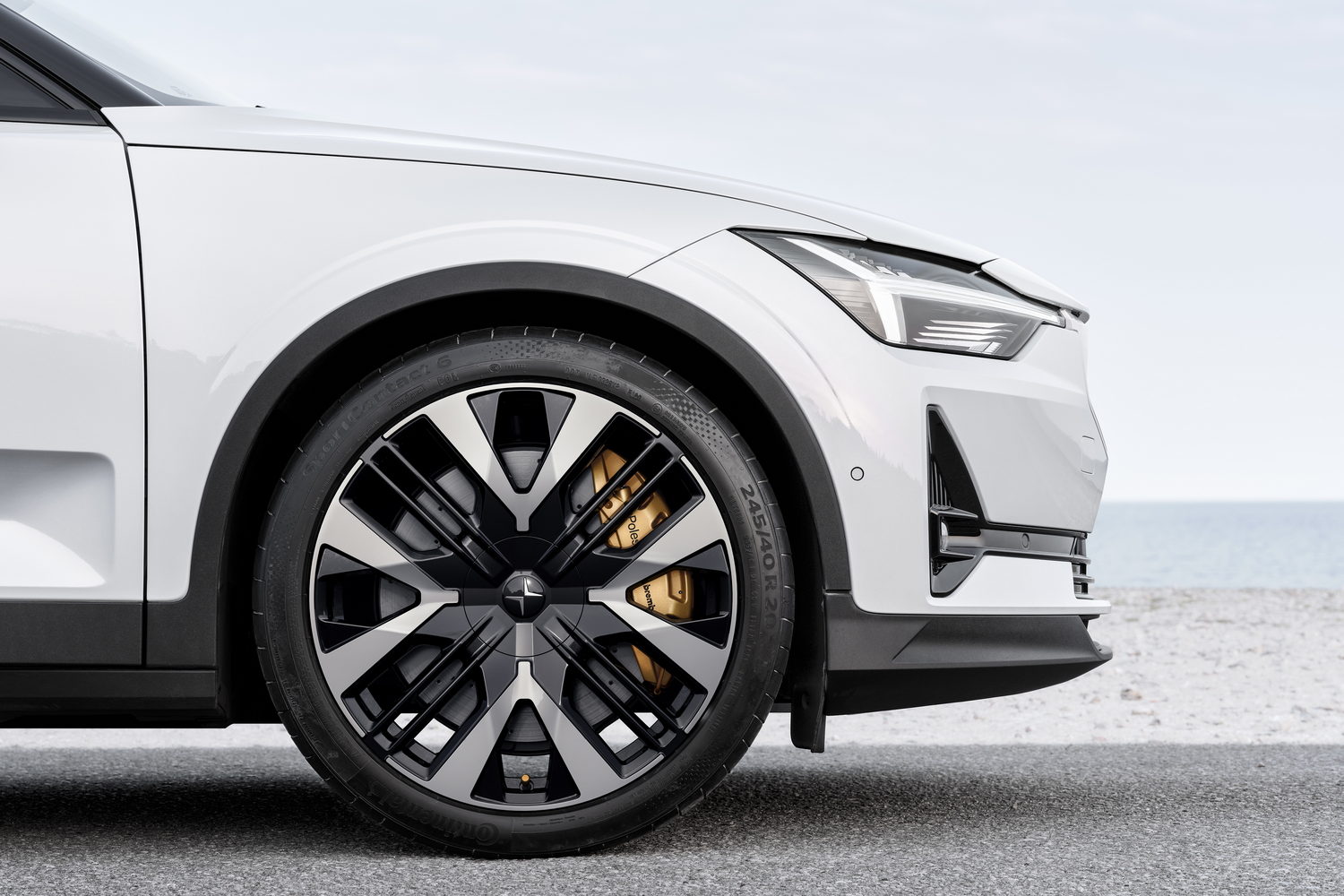 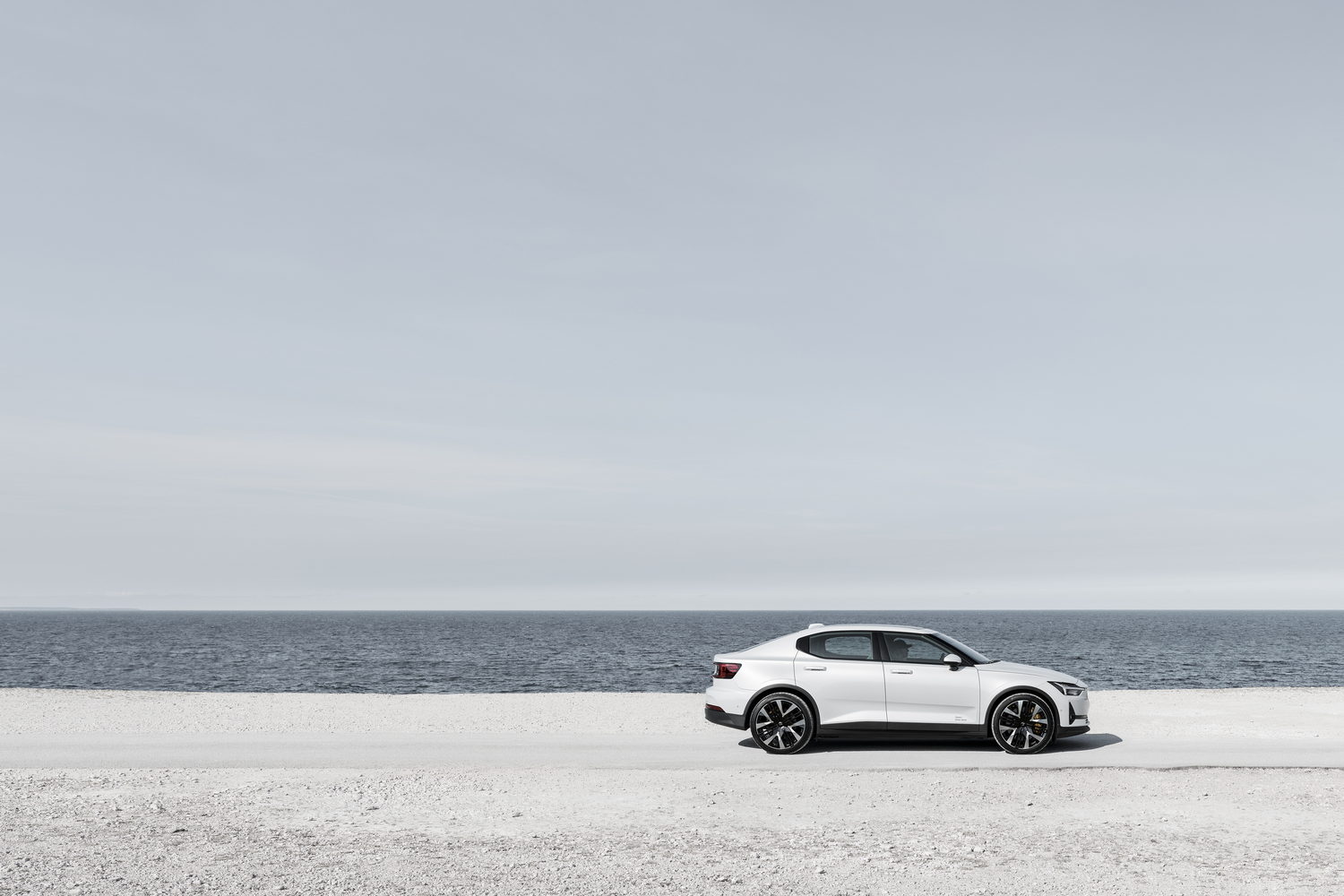 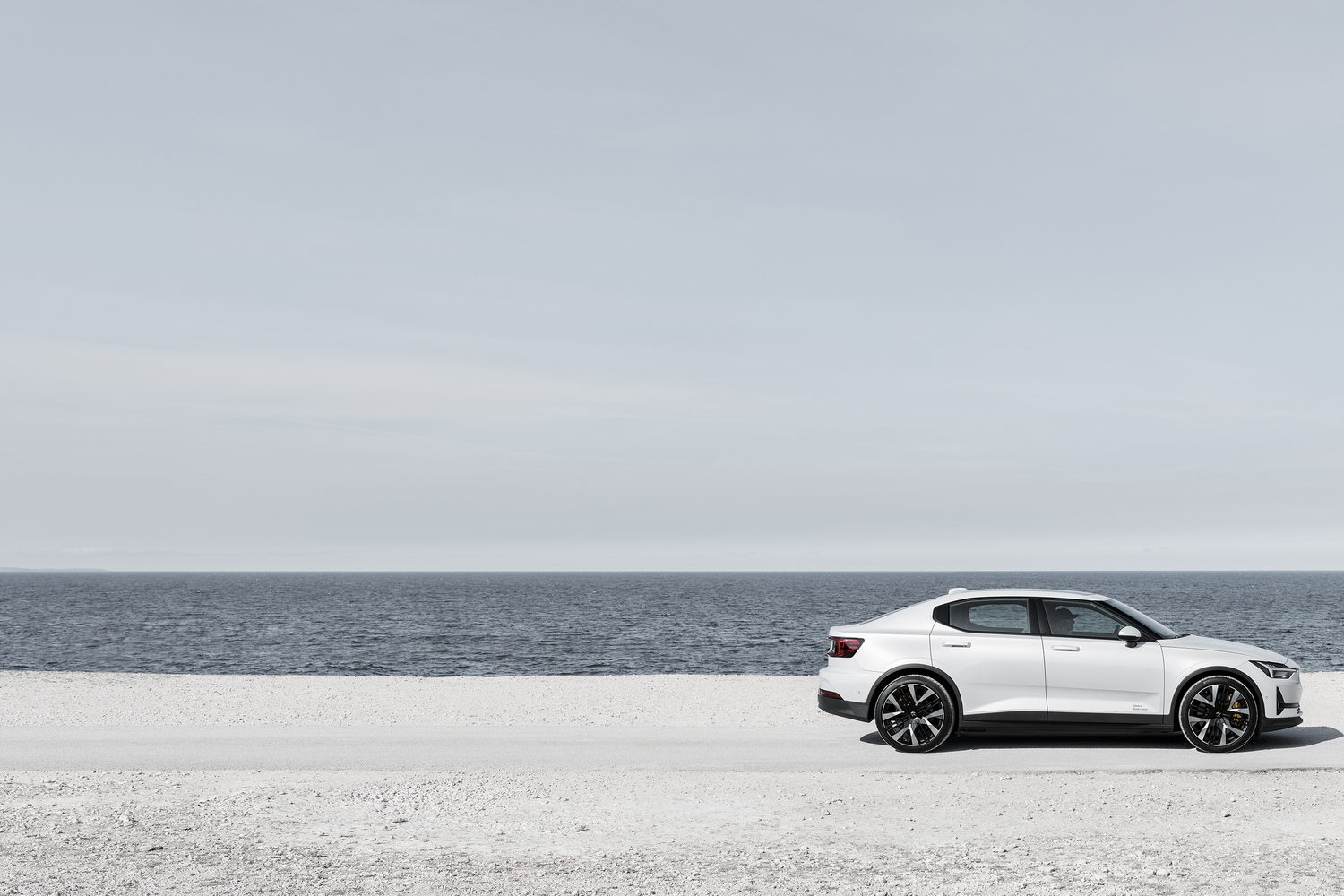 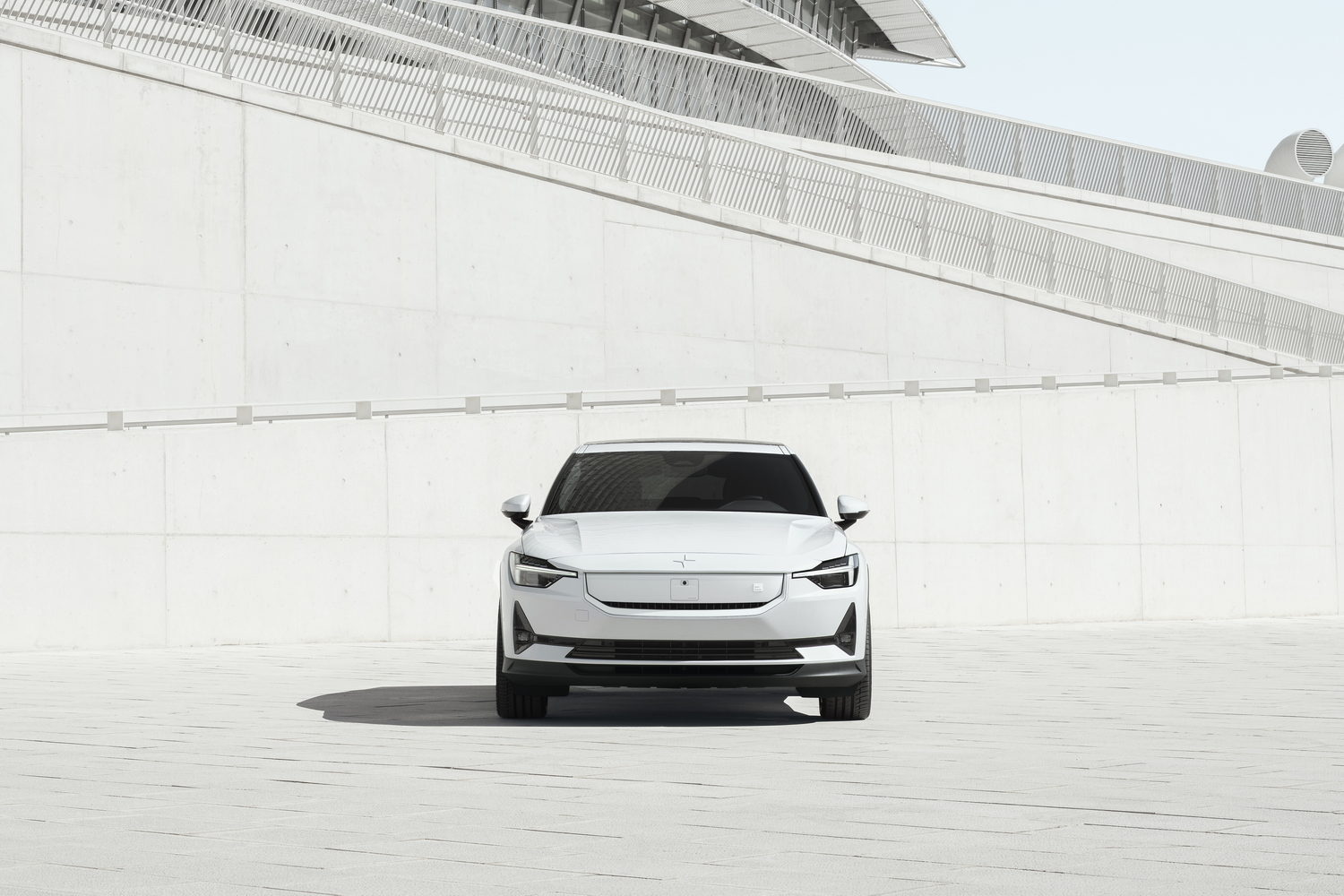 Polestar's 2 has been given a round of battery and electric motor upgrades that will see it able to cover more kilometres on a single charge, not to mention switching from front-wheel drive to rear-wheel drive.

In that, the Polestar 2 is mirroring the recent updates to the Volvo XC40 and C40 Recharge, which share a common platform. They are, as far as we can work out, the first cars since the Triumph 1500 of thew 1970s to switch from front-drive to rear-drive mid-production.

In shifting its power to the rear wheels, the Polestar 2 single-motor model also gains more power - its lonesome motor now develops 220kW, or 299hp - as well as more torque - up to 490Nm from 330Nm. That brings the 0-100km/h time down to a very respectable 6.2 seconds. The Standard Range Single Motor version gets a little less power - 272hp - but the same improved torque figure.

The four-wheel-drive version gets slightly more power (now 310kW, or 412hp, up from 300kW) and sends more of its power to the rear wheels, to give it a slightly sharper handling balance. The dual-motor version will crack a 0-100km/h run in just 4.5 seconds but to increase efficiency, the front motor can disengage entirely at cruising speeds.

Need more power? Well you can have it - tick the option box for the Performance Pack and you'll get 350kW (475hp) and a 0-100km/h time of just 4.2 seconds. Impressively, that performance boost can actually be bought as an over-the-air software update for any eligible Long range Dual motor cars.

"Changing from front- to rear-wheel drive in the single-motor variants, and recalibrating the torque ratio in the dual-motor variant for an increased rear-wheel-drive feel, elevates the Polestar 2 driving experience to a whole new level," says Joakim Rydholm, Head of Chassis Development at Polestar. "The updated Polestar 2 is an even more playful and agile car, retaining its compactness and complete sense of control, while at the same time becoming more mature with added comfort."

The good news is that with all the extra power, there's extra range too. The Long Range models - both single and dual-motor - will now get a new 82kWh battery, supplied by Chinese giant CATL. The Standard Range versions keep a 69kWh battery, supplied by Korea's LG Chem. The big battery can be rapid-charged at speeds of up to 200kW, while the smaller one can manage a 135kW charge, if you can find a sufficiently rapid DC-charging point of course. Polestar claims that in spite of the bigger energy storage capacity, the batteries are now 'cleaner' to make, shedding 1.1 tonnes of CO2 in production.

Range on a charge has been significantly improved. Thanks to that front-motor-disconnect setup, the Dual-Motor Long Range model has increased its range by 105km to 592km on the WLTP cycle. Better yet, a Long Range Single Motor model can manage an official 635km on one charge, while the Standard Range Single Motor can do 518km.

The 2's styling has been changed too. Out goes the faux-grille (which gave the model a distinct Volvo-ish look) and in comes the 'SmartZone', lifted from the incoming new Polestar 3 SUV. This eschews airflow in favour of sensors - including the front facing camera and mid-range radar.

There have been some equipment tweaks too, with standard equipment now including Blind Spot Information System (BLIS) with steering support, Cross Traffic Alert with brake support and Rear Collision Warning and Mitigation, along with the 360-degree surround-view camera and automatic dimming exterior mirrors. The wireless phone charger is now also standard on all versions while the Performance Pack models now get 20-inch forged alloy wheels.

"Typically in the car industry, a facelift introduces superficial visual changes that often destroy the original intention of the car's design theme. With the new model year Polestar 2, we rather went below the surface and upgraded substantial tech and mechanical components of the electric drivetrain. This is the best Polestar 2 yet, and with the updated front design with the new SmartZone, the best looking one, too," says Polestar CEO, Thomas Ingenlath.

We'll let you know Irish prices as soon as they're announced, though the updated Polestar 2 won't be available until just in time for the first 2024 registration plate - "241".