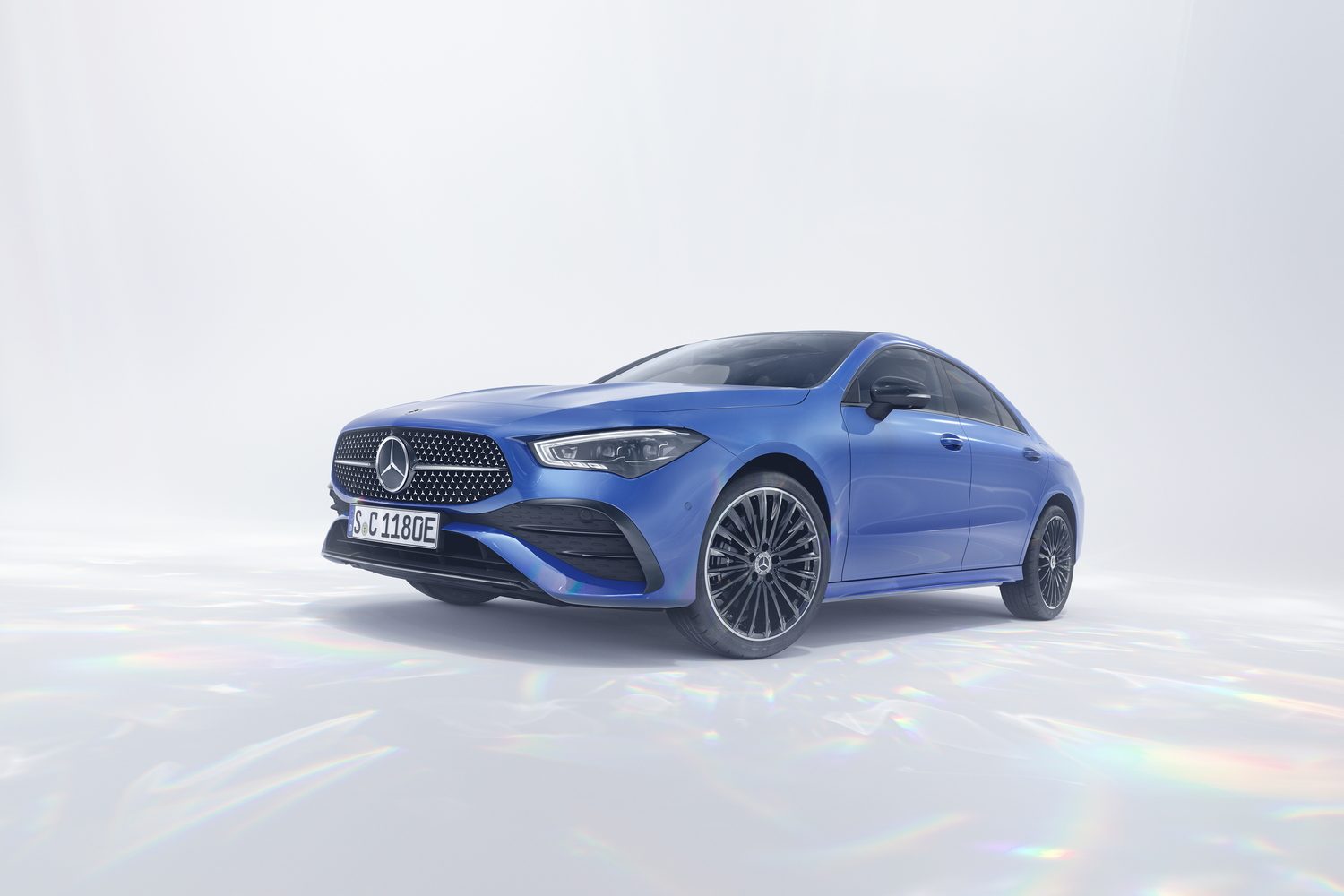 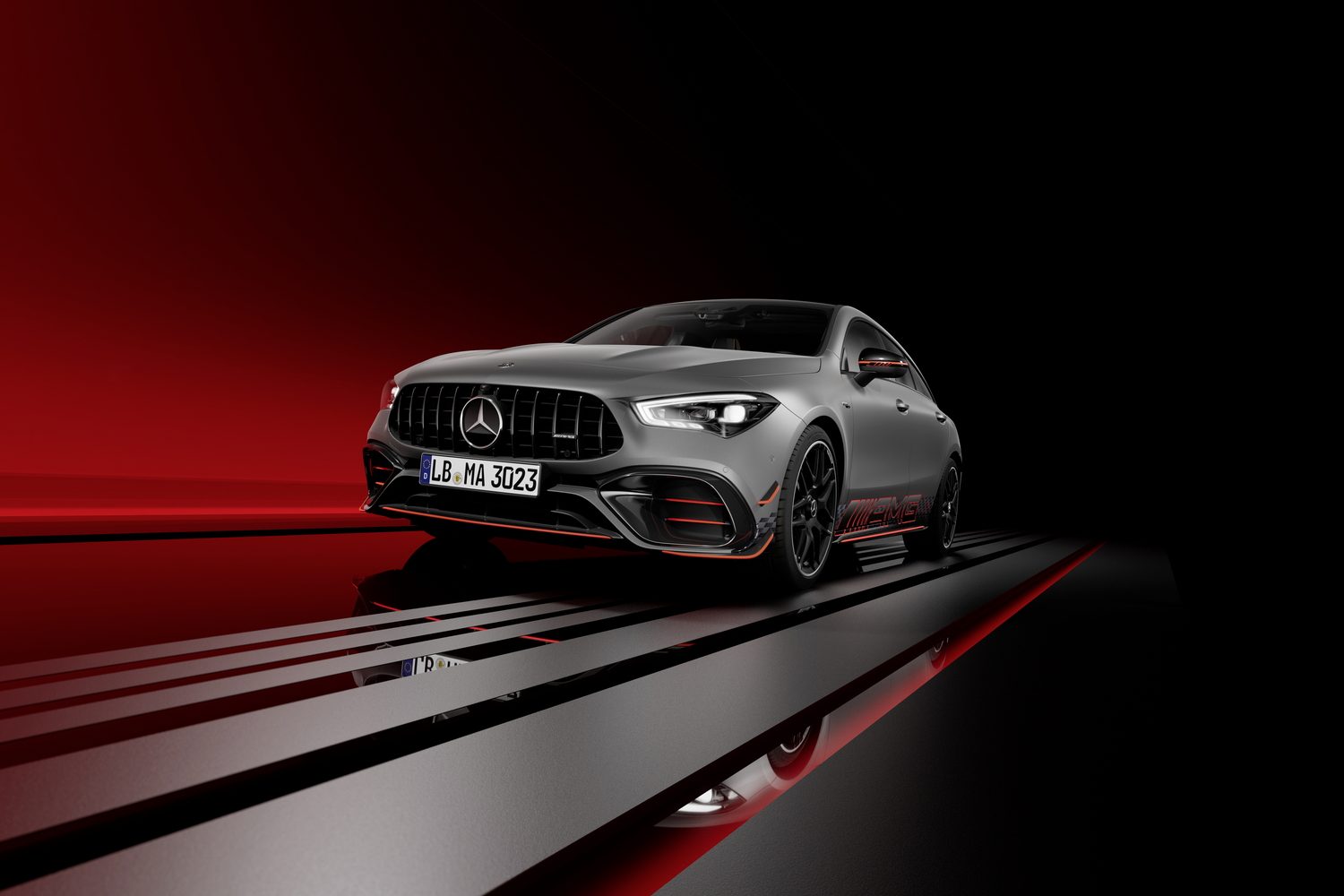 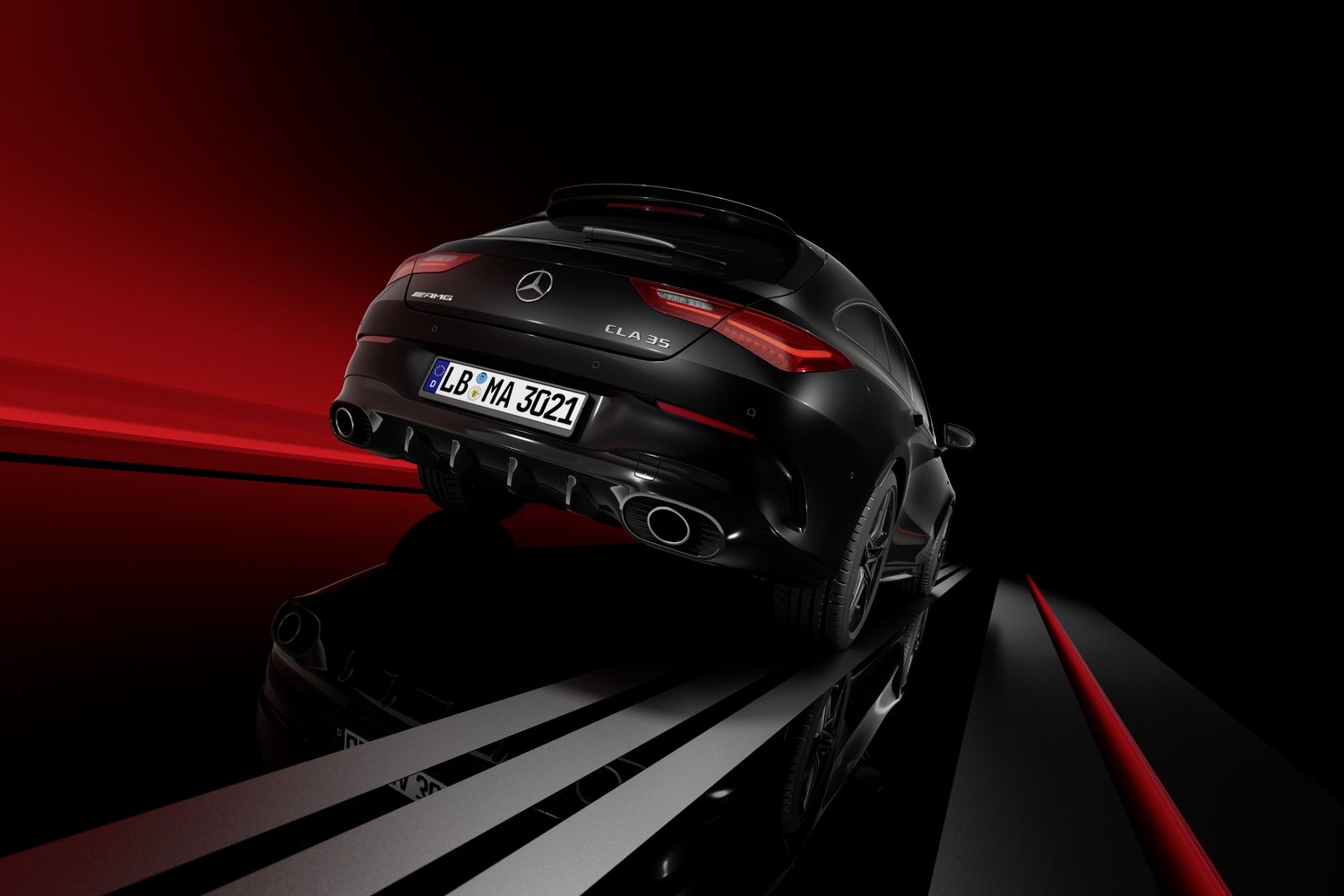 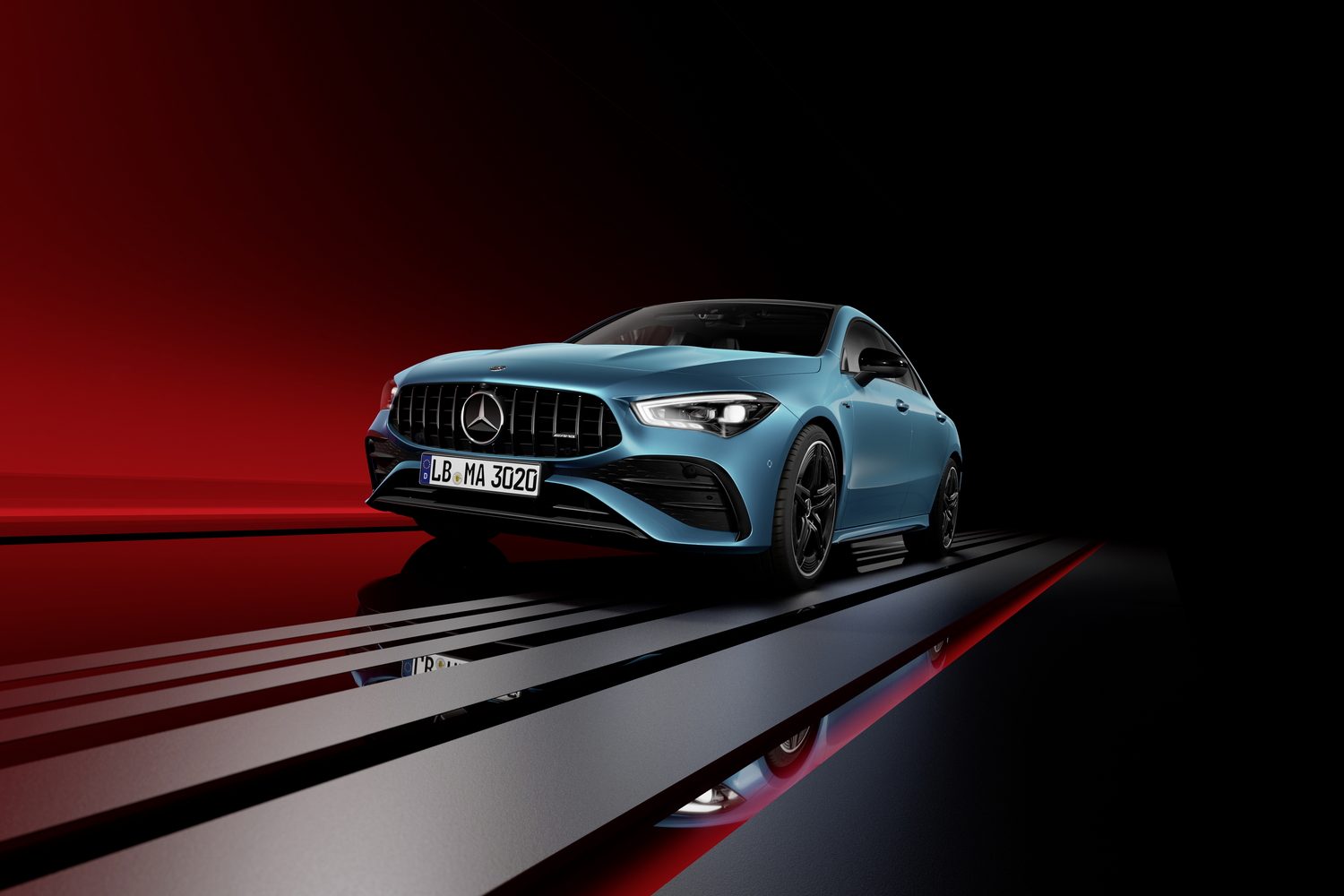 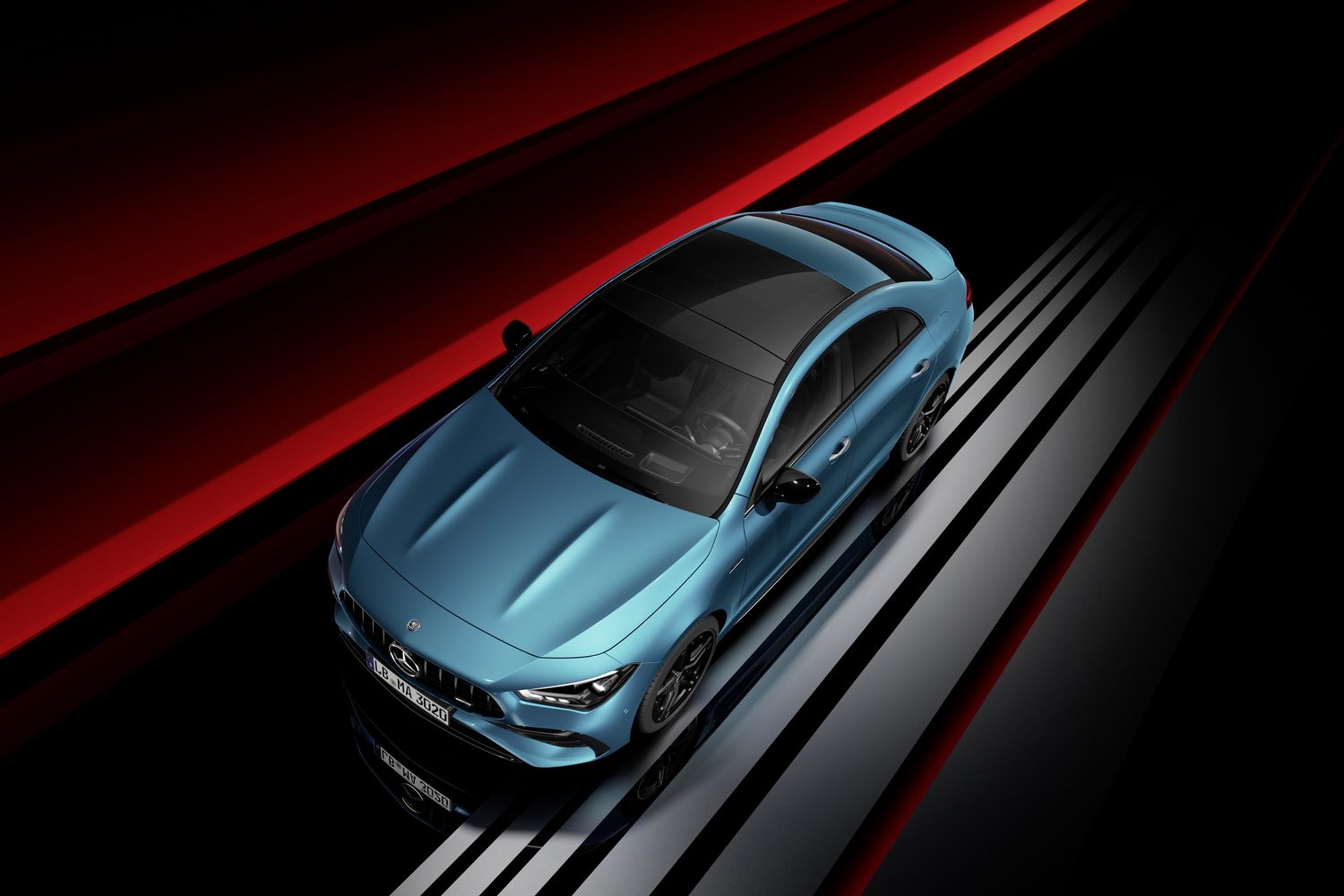 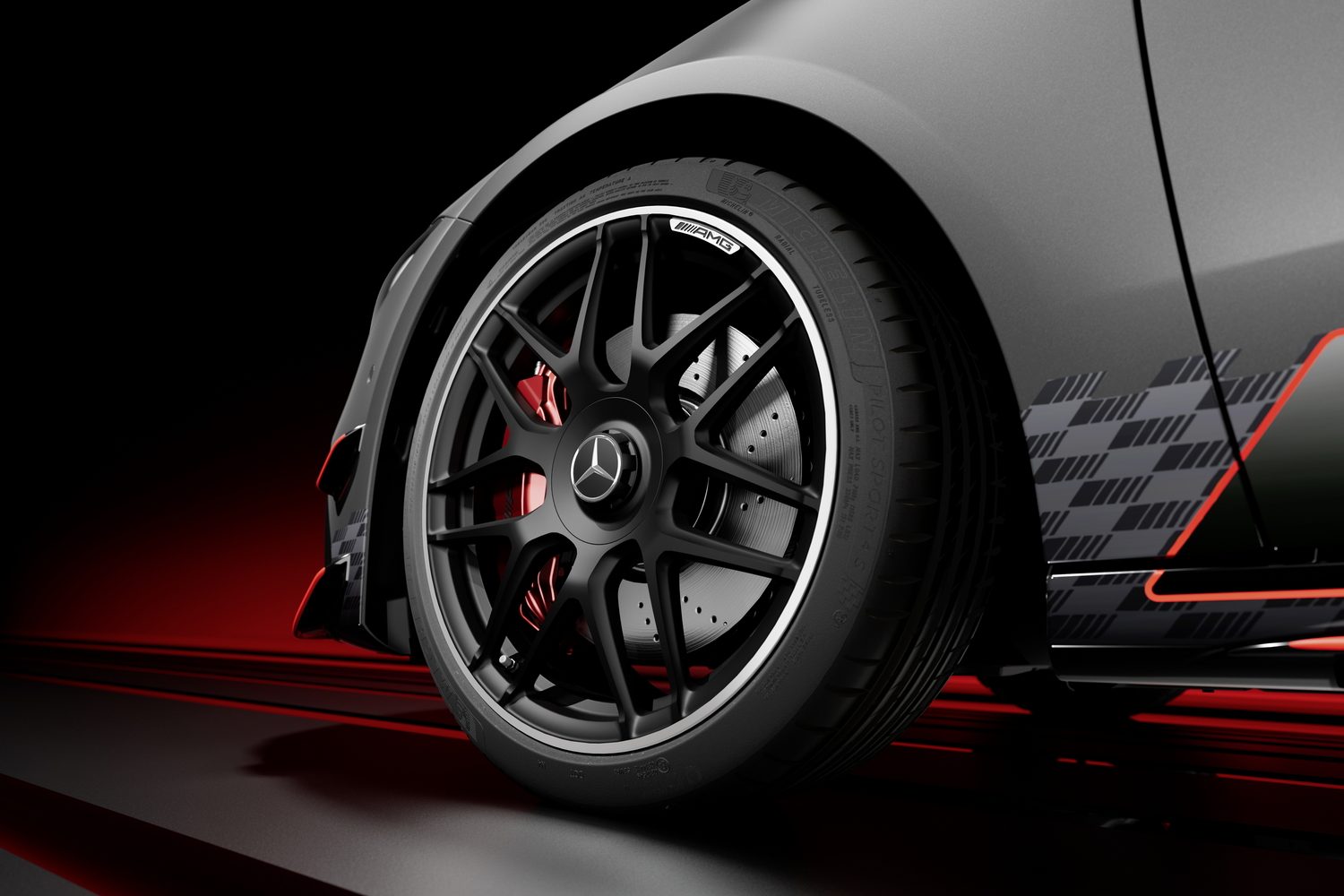 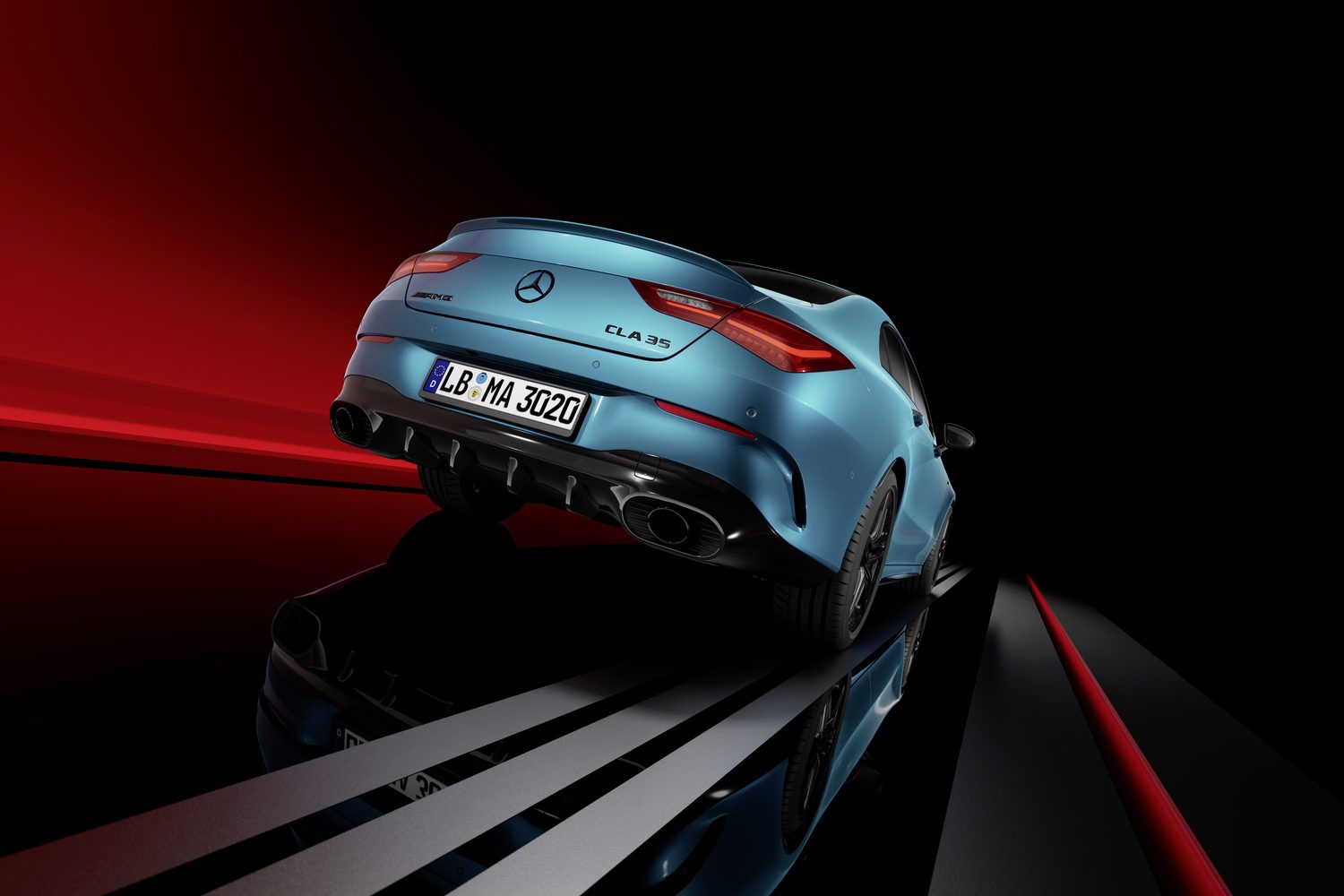 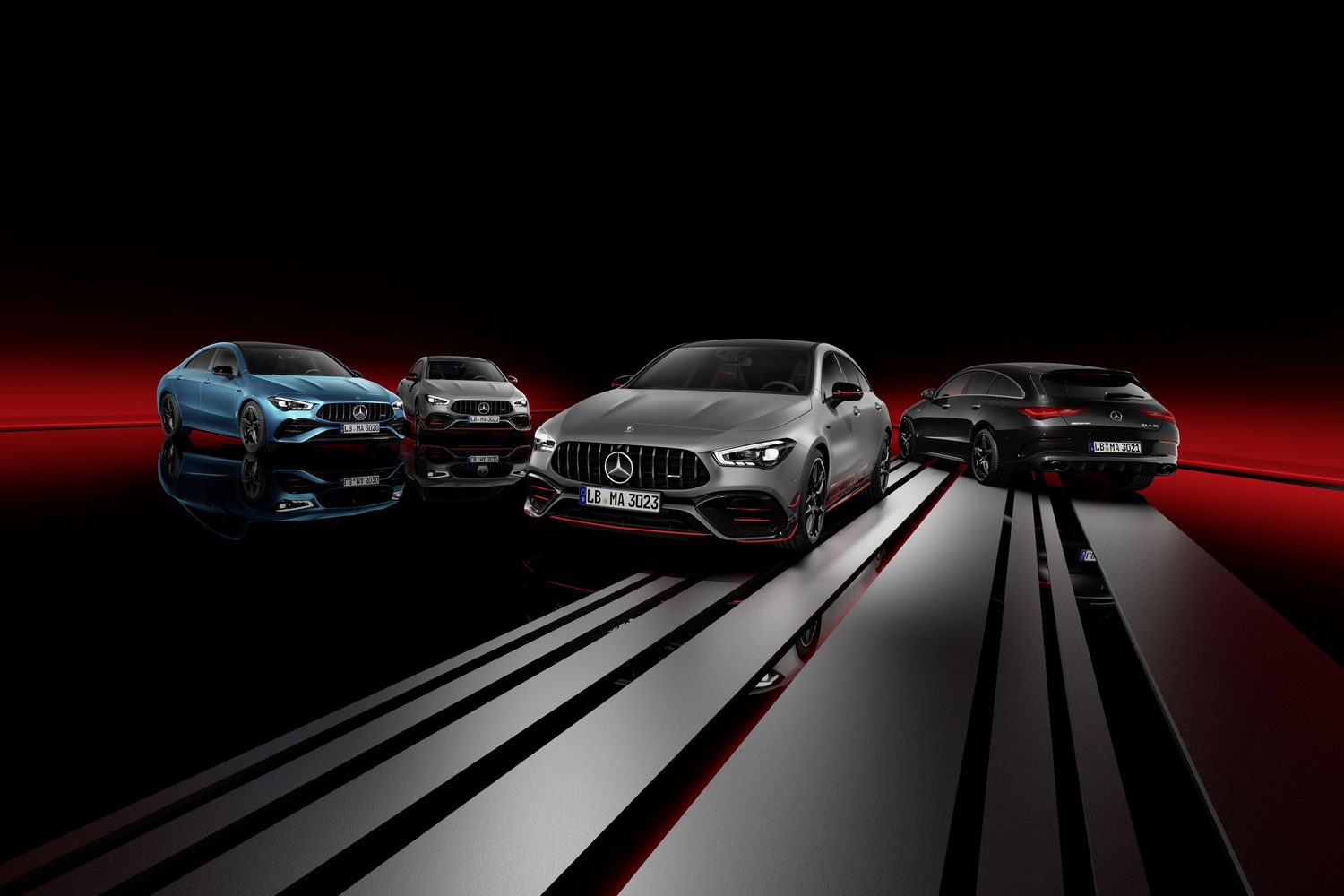 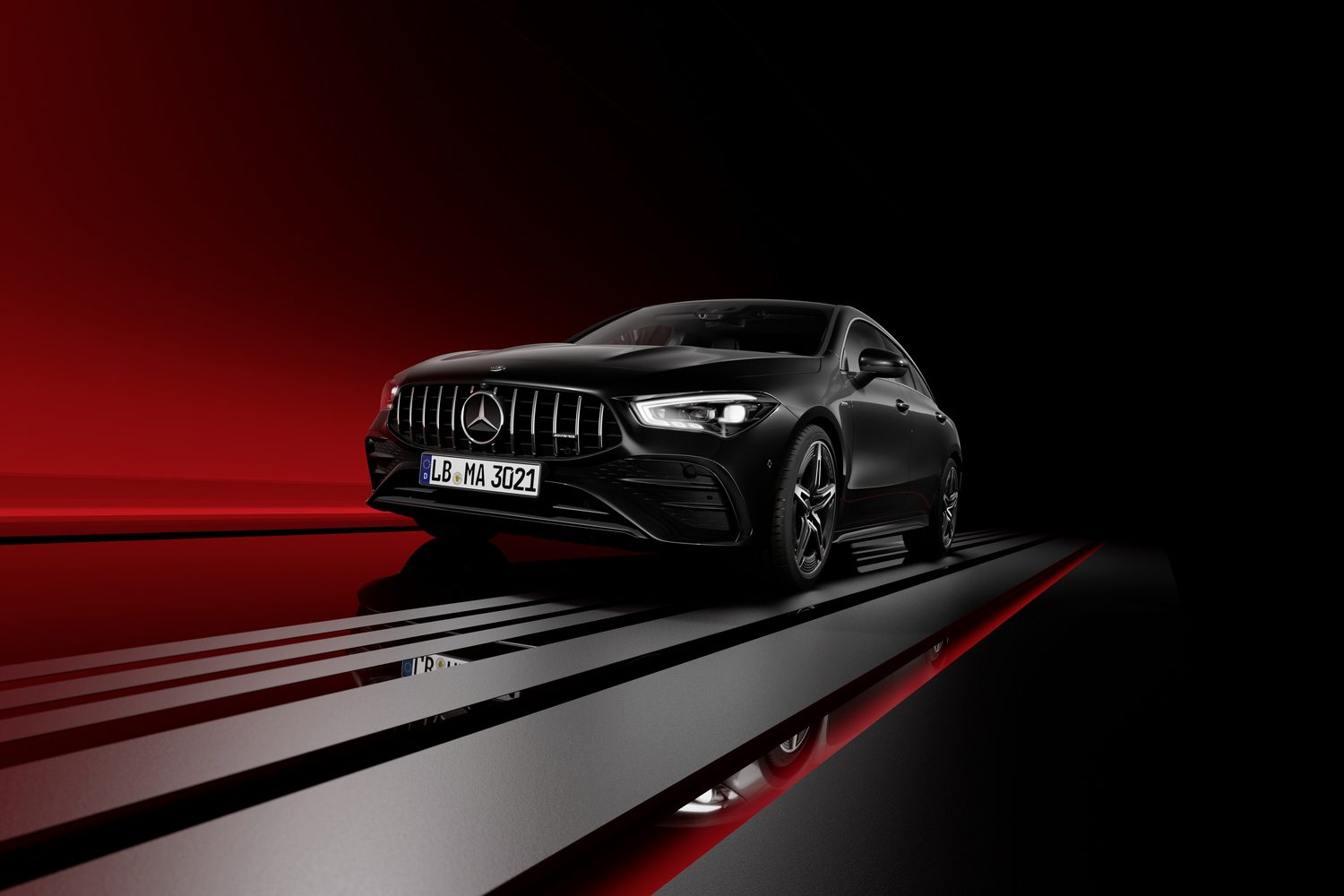 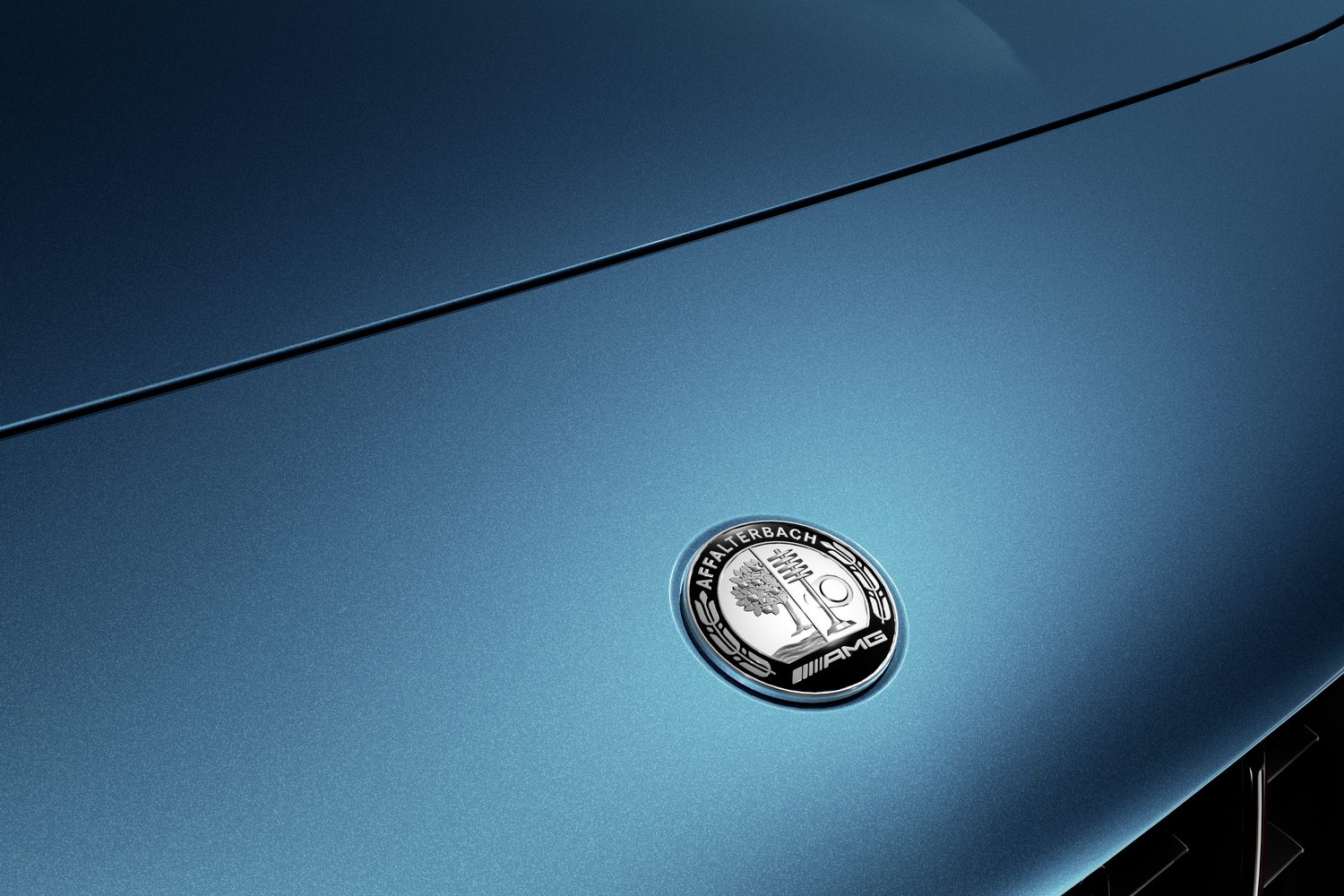 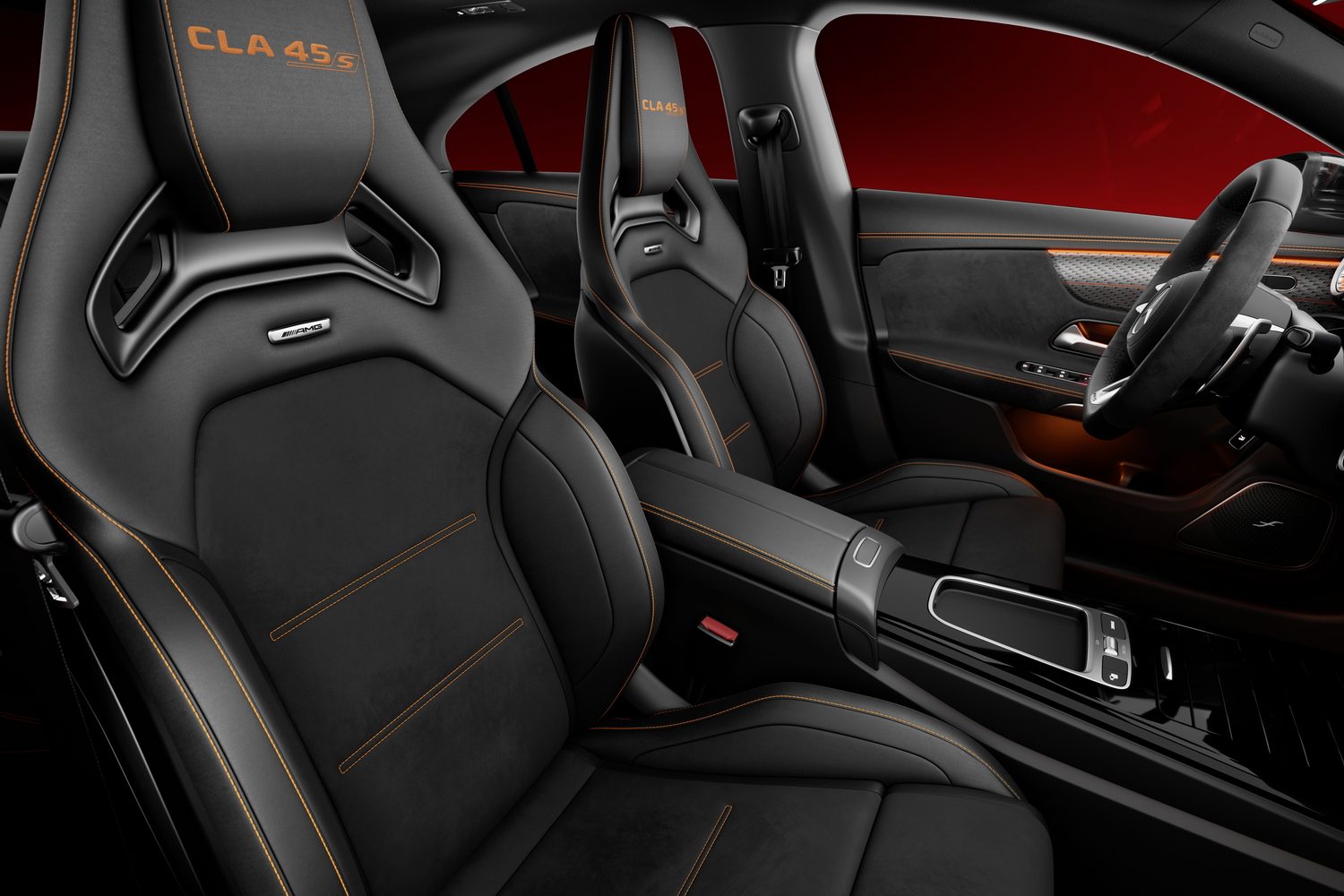 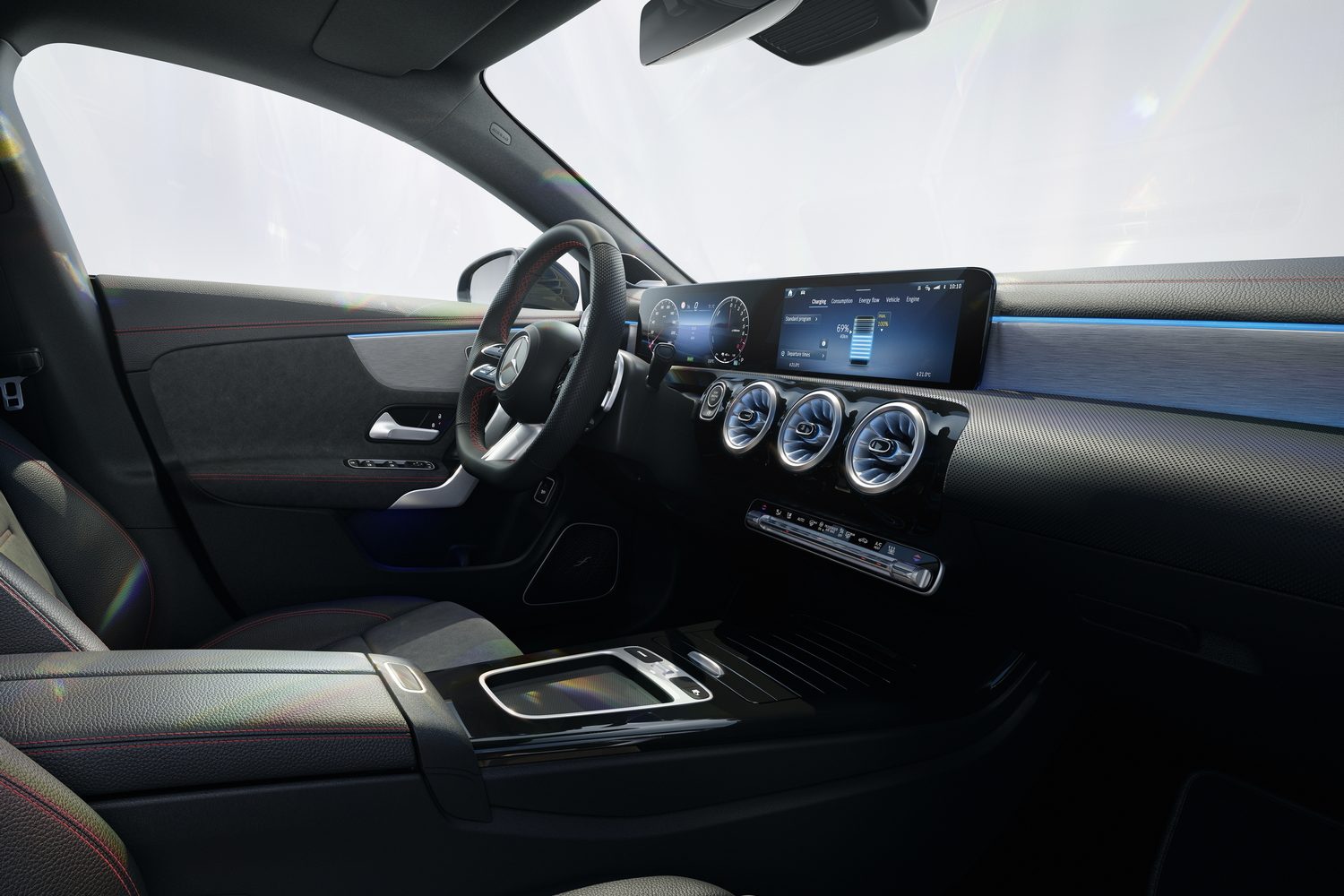 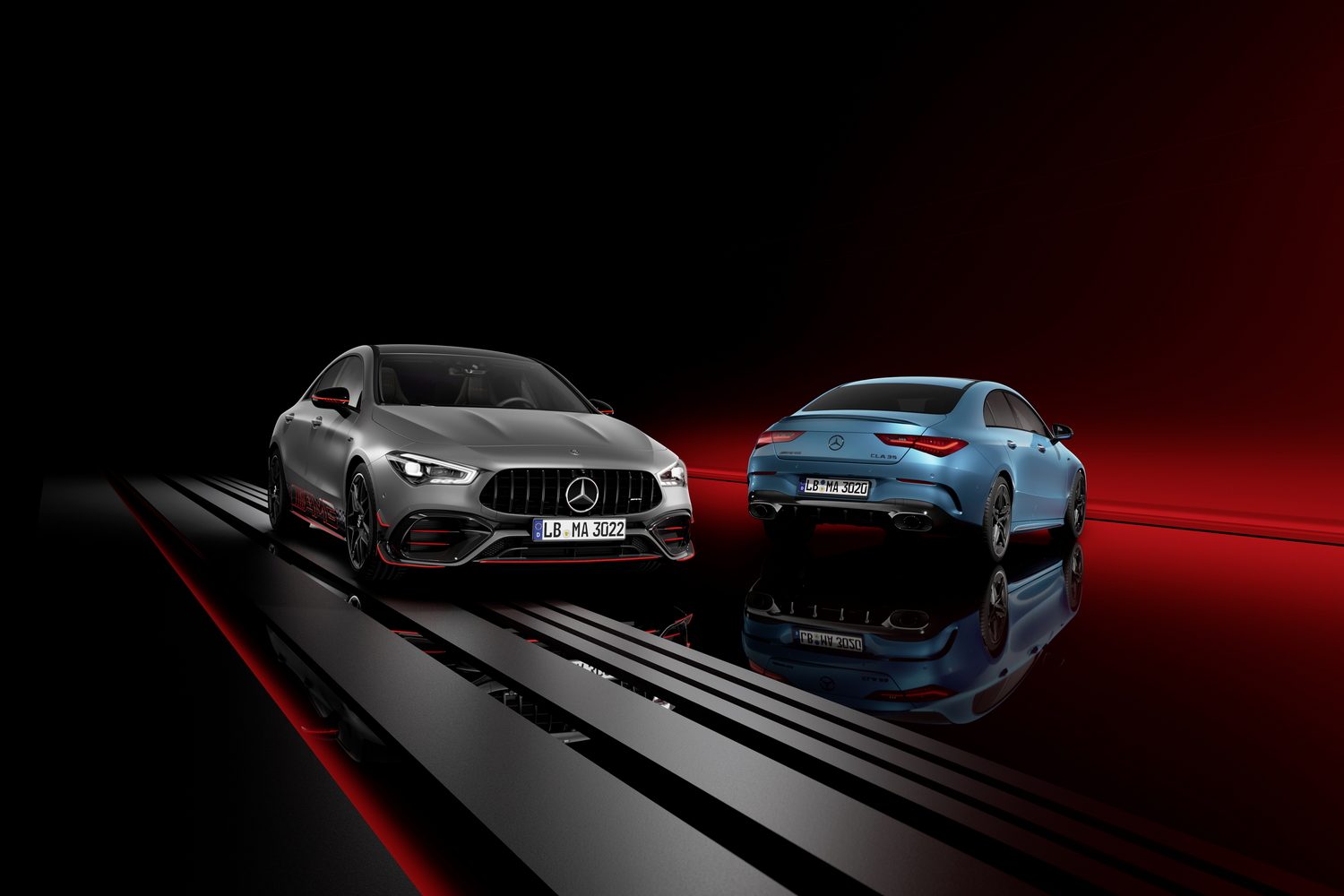 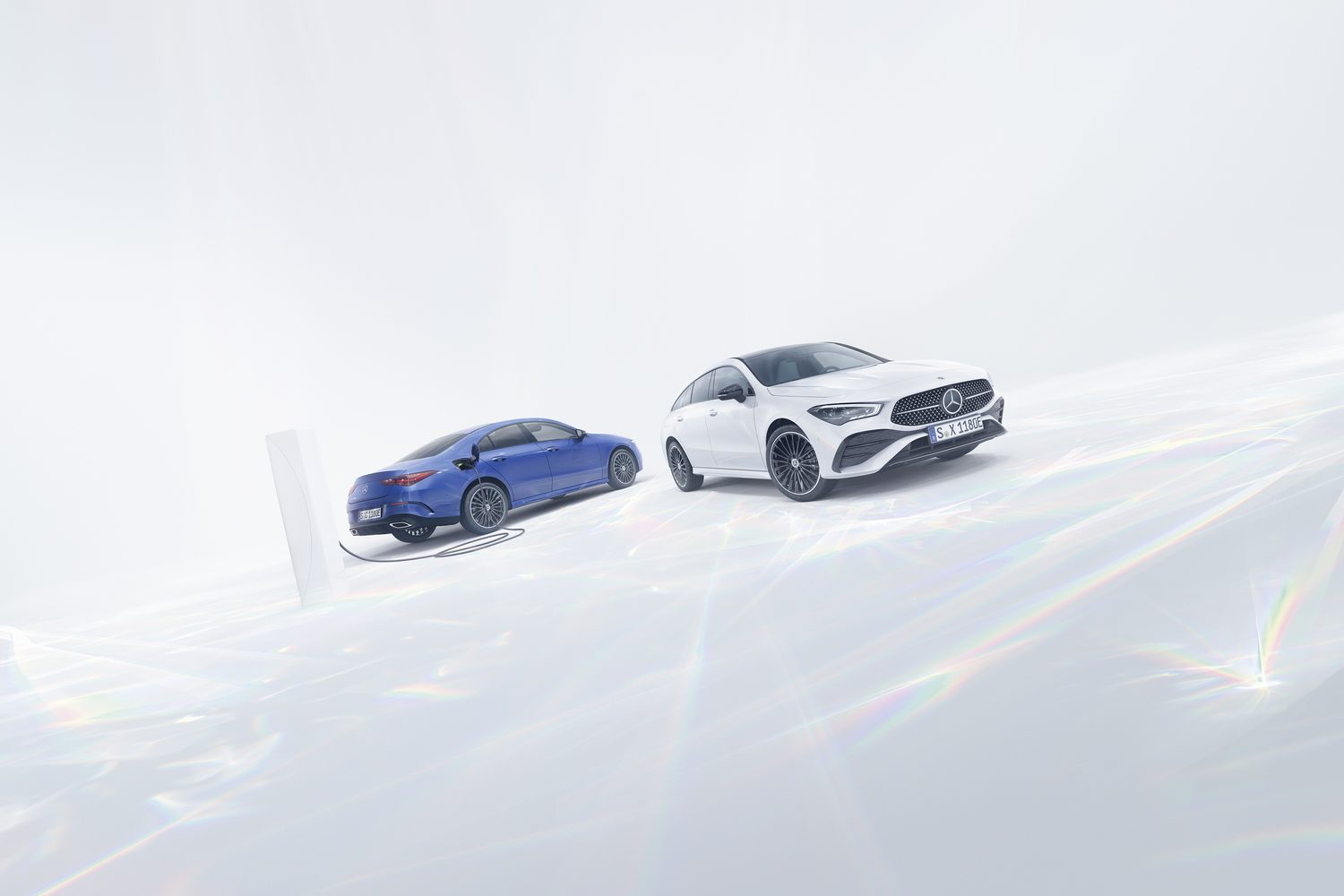 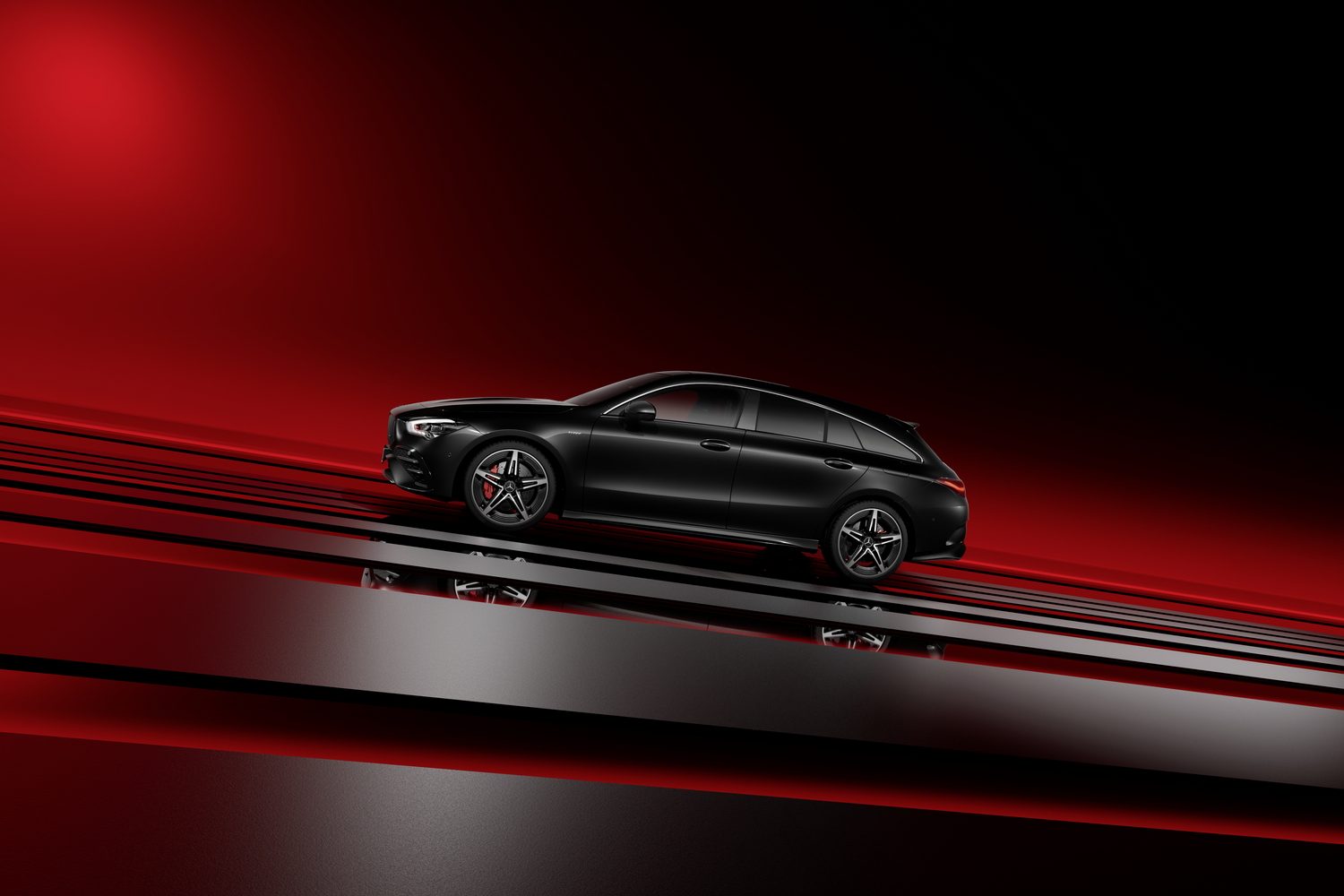 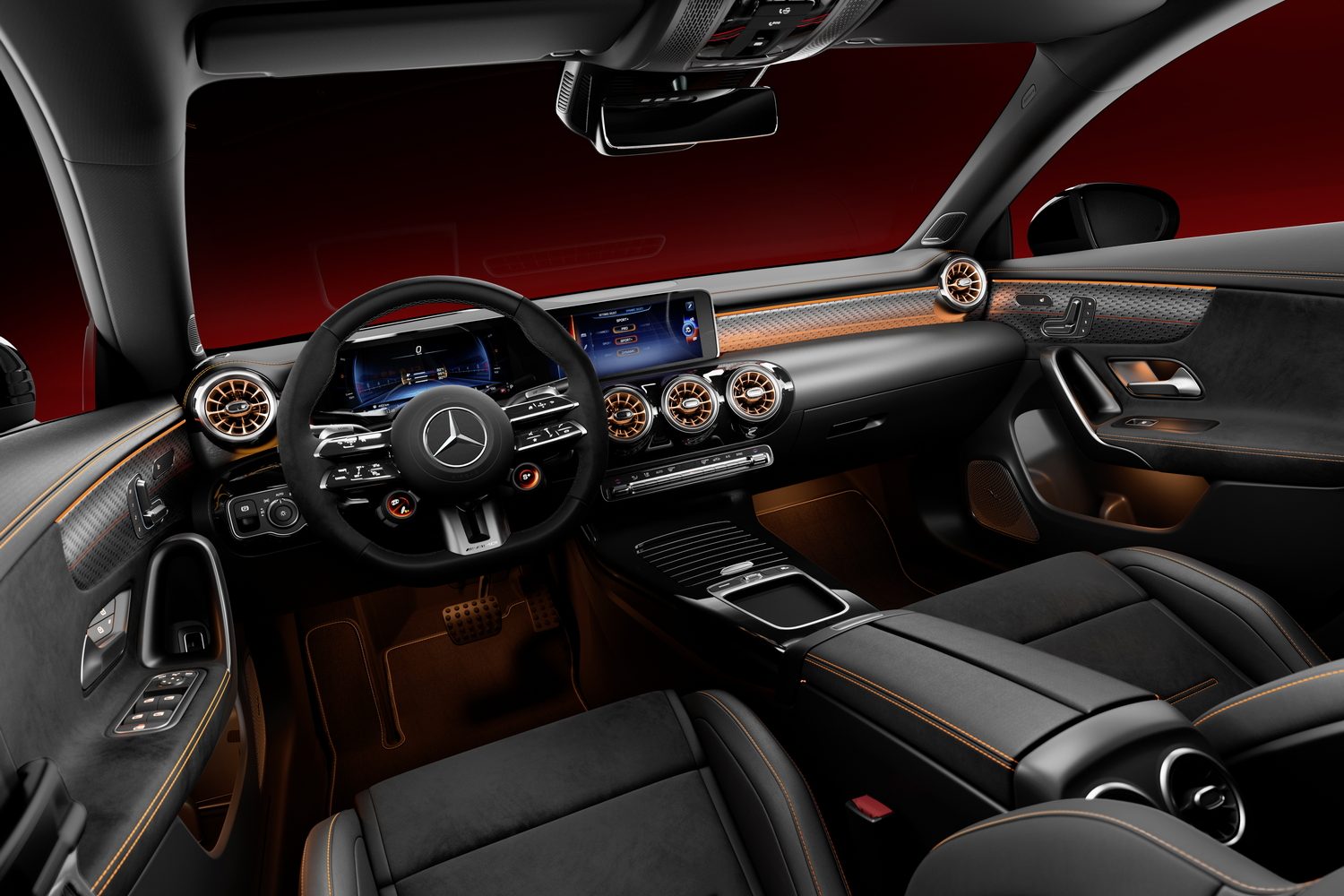 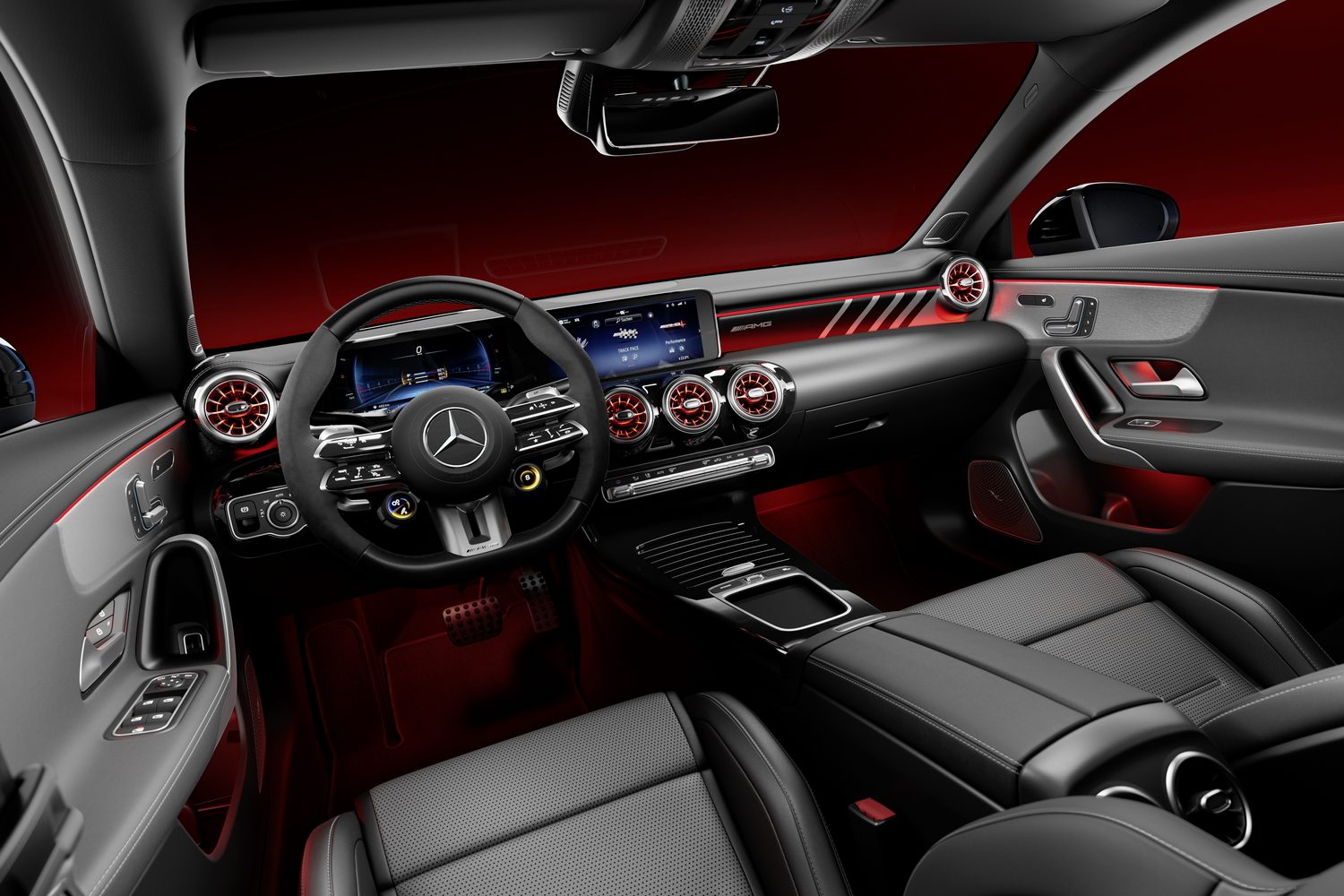 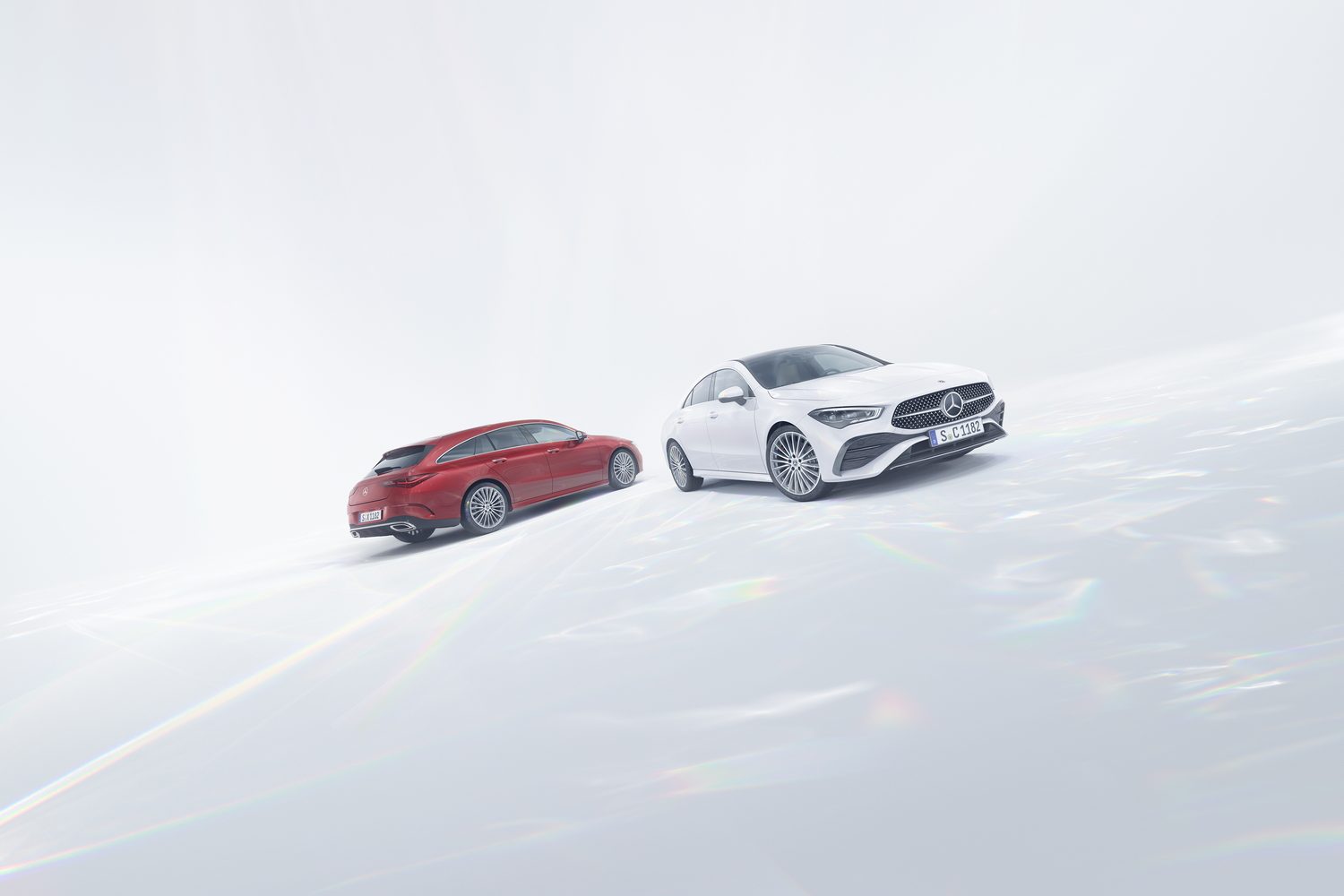 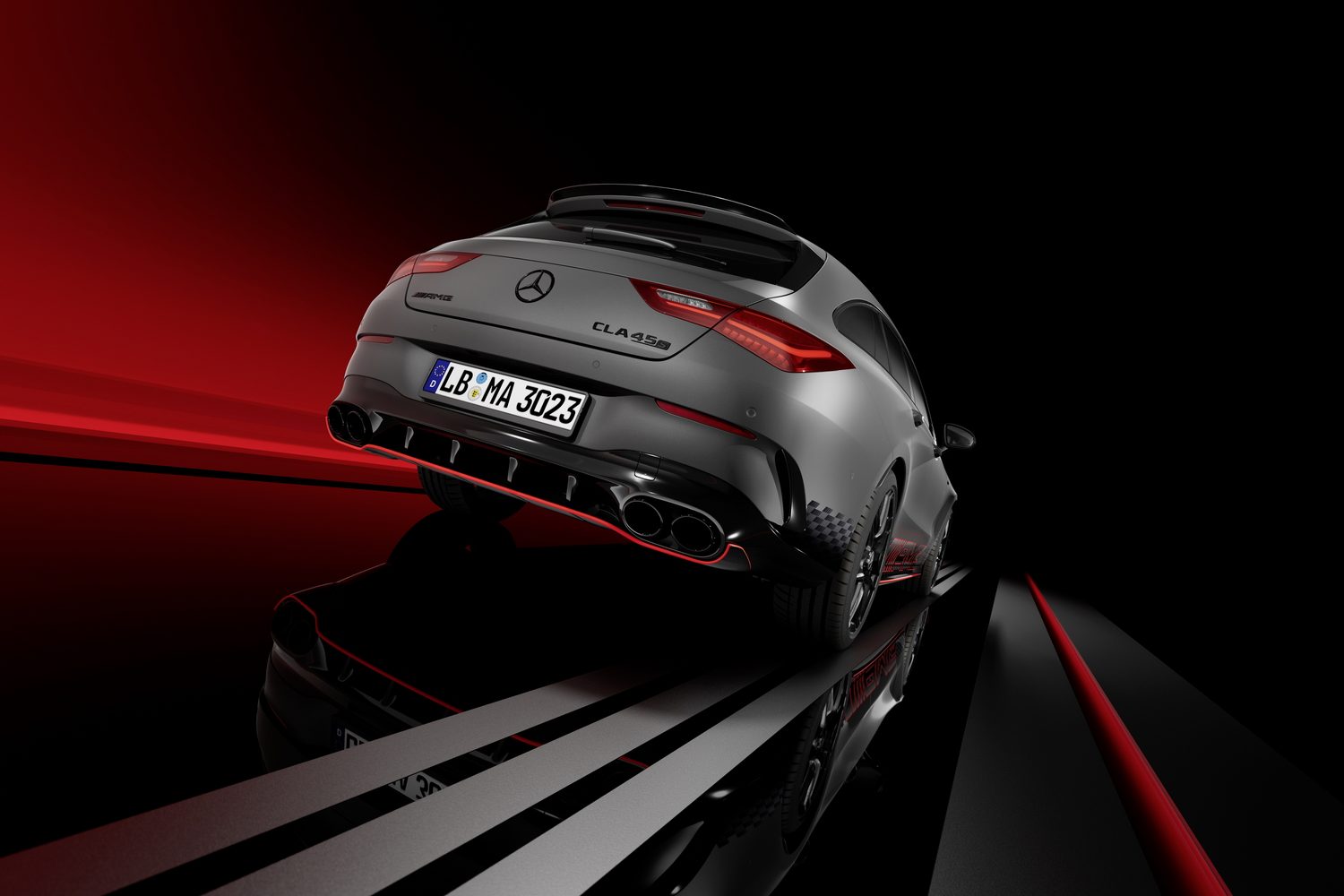 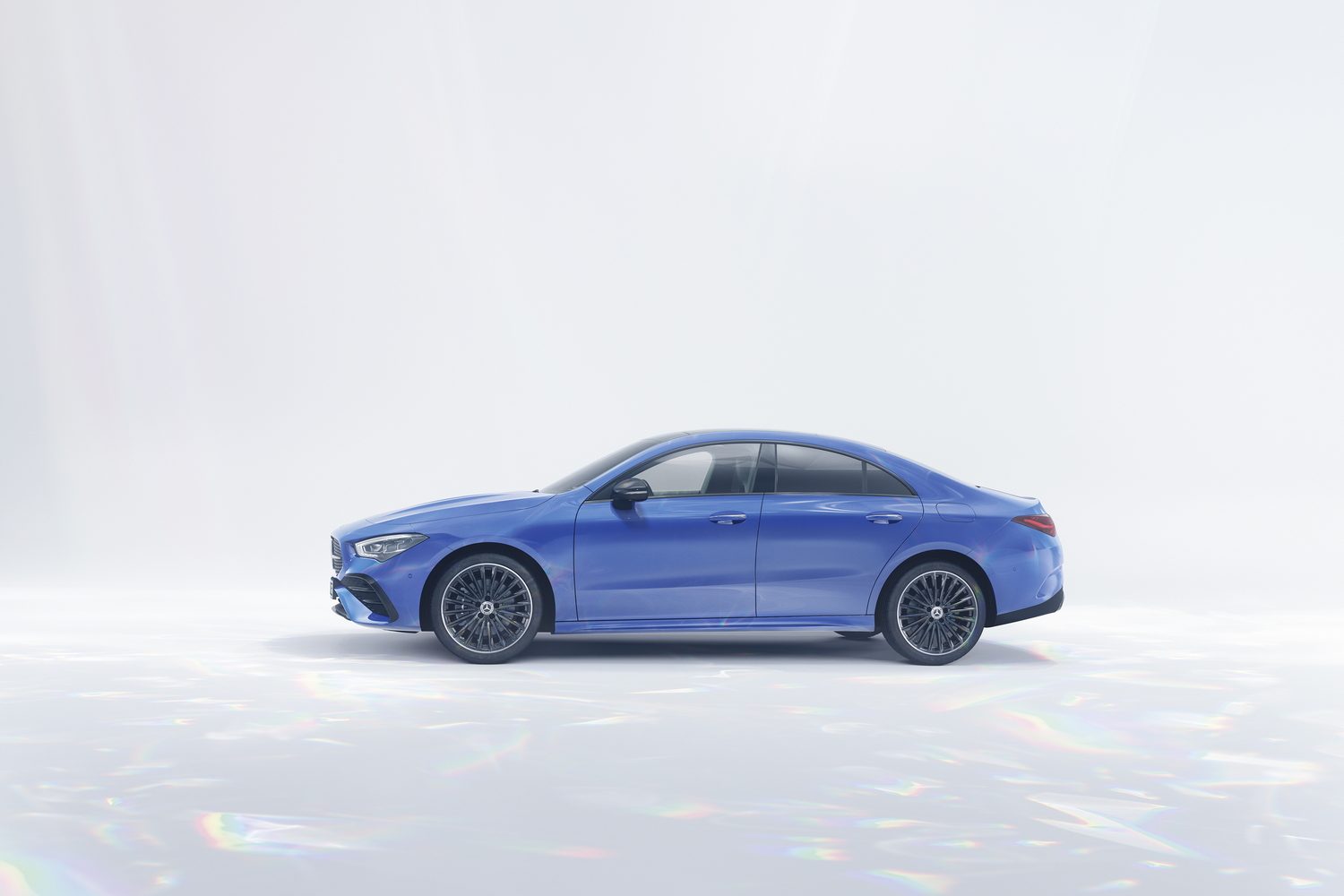 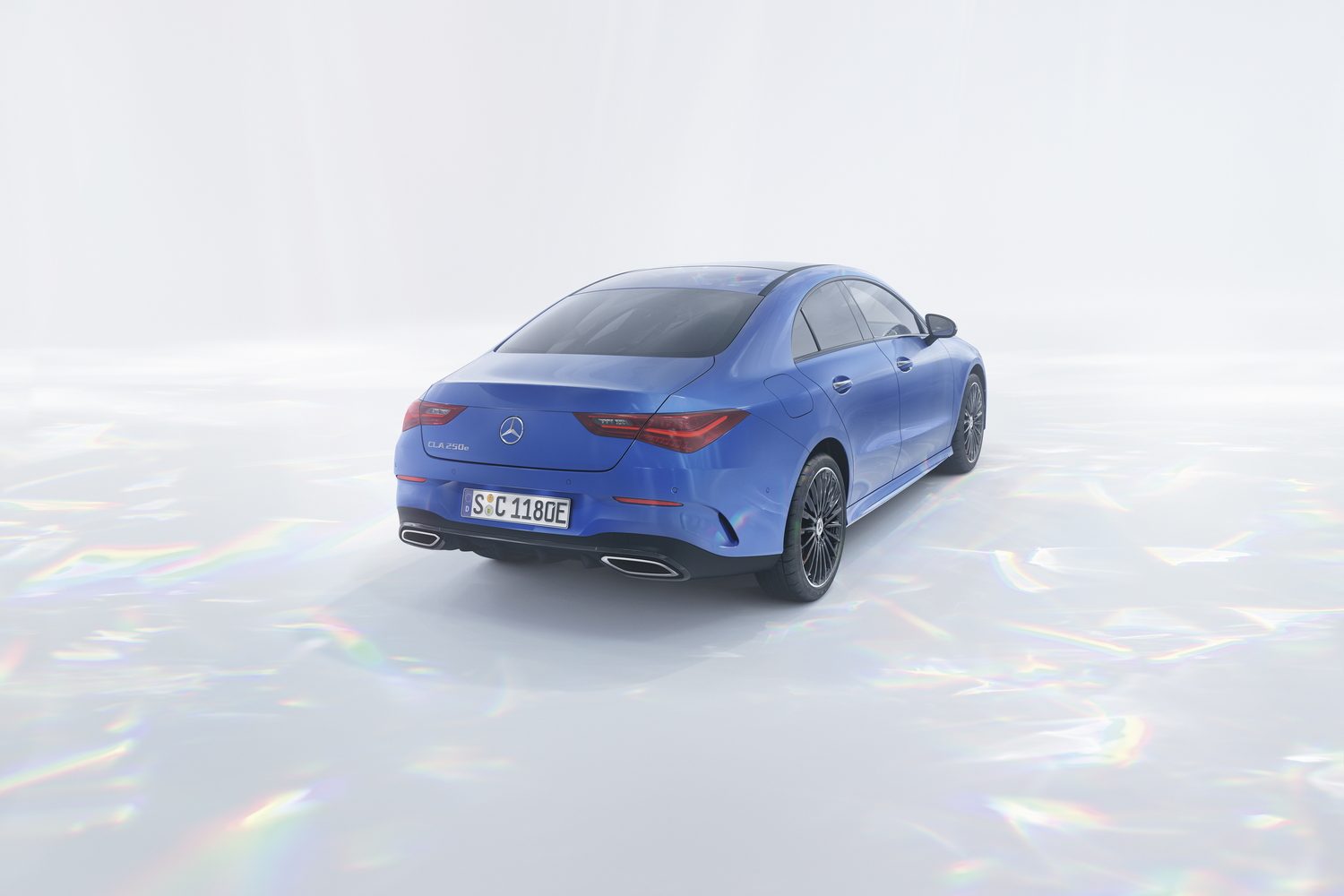 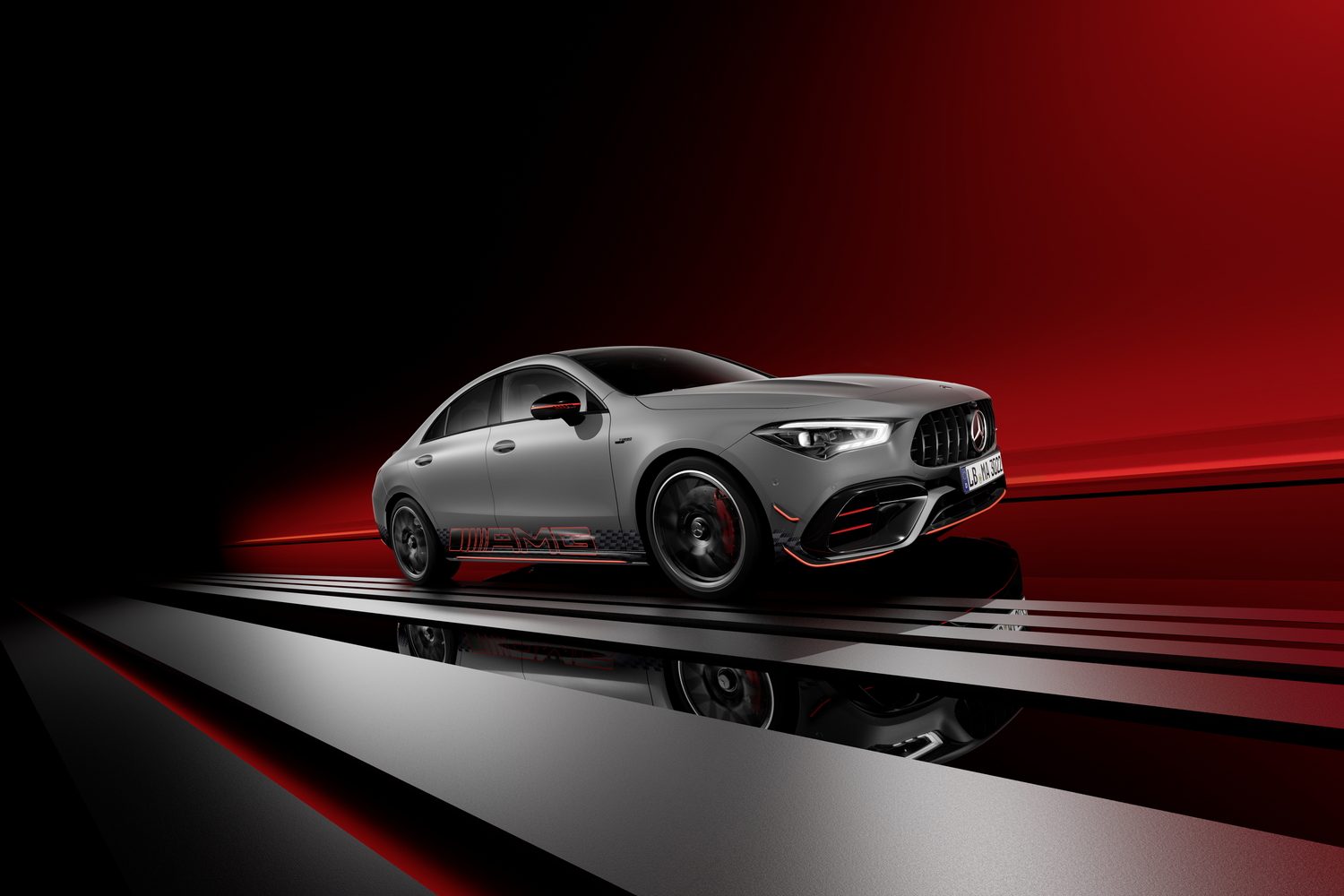 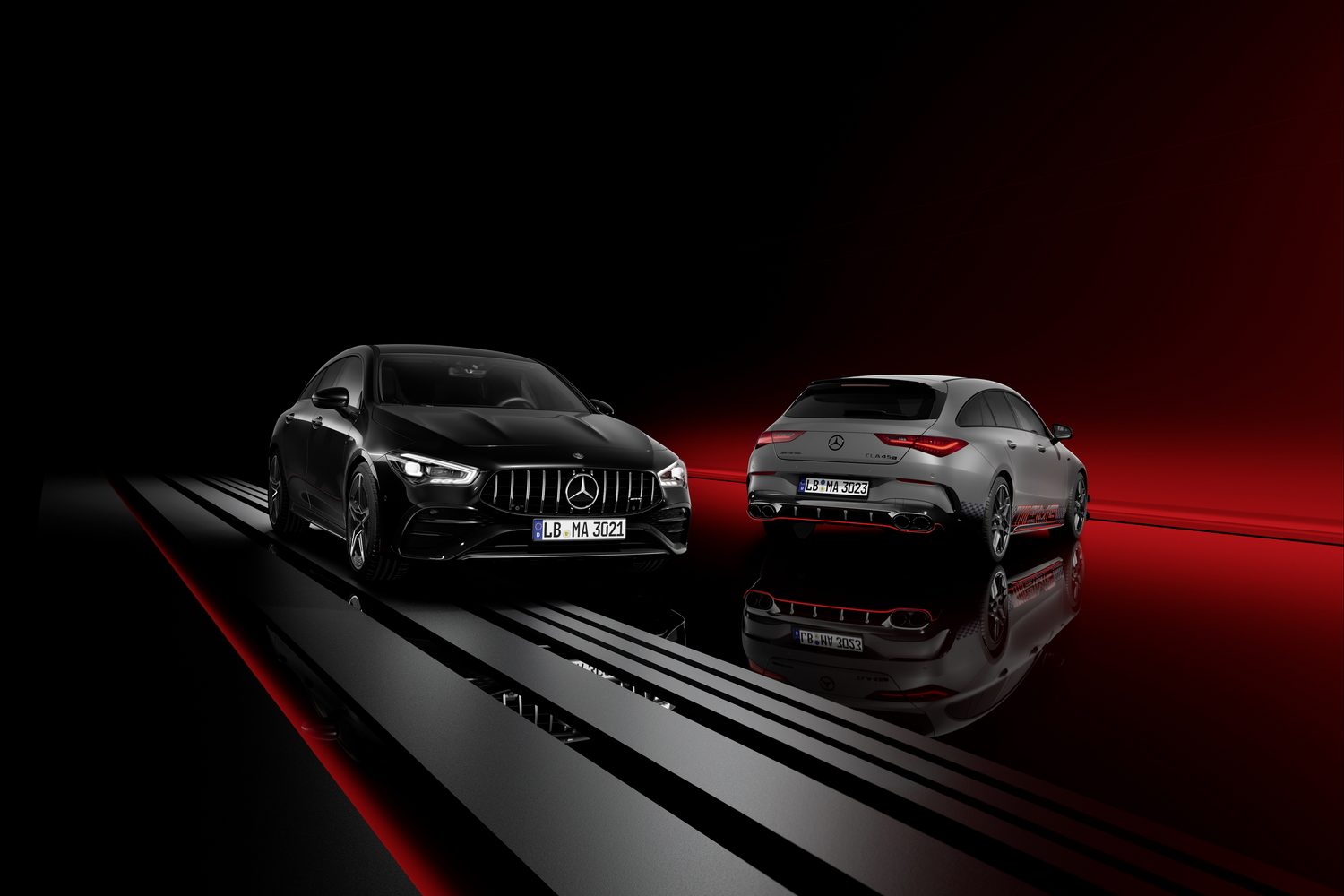 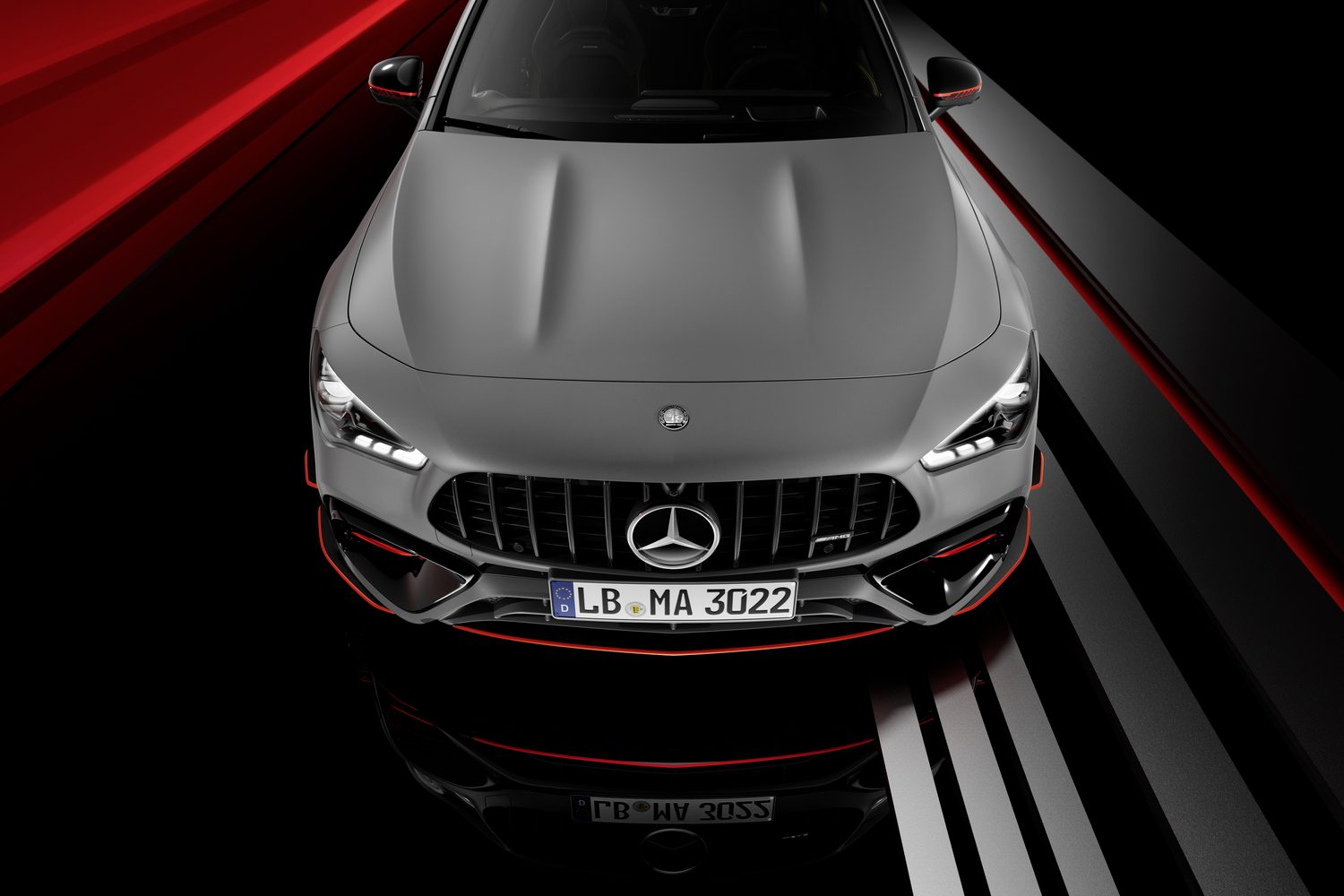 More power for the plug-in hybrid, and revised styling for the Mercedes CLA.

Mercedes has given the CLA four-door coupe (well, it's really more of a slinky saloon but we'll let that pass...) an update for 2023 with revised styling and some more power for the plug-in hybrid CLA 250 e.

As before, the CLA's cabin is dominated by the MBUX twin-screen dashboard layout, which comes with a seven-inch instrument display and a 10.25-inch infotainment screen as standard. Buyers can optionally upgrade that to twin 10.25-inch screens. There have been a few small upgrades to the interior, including the availability of Artico synthetic leather trim and, for the first time, the option of a heated steering wheel.

Both the CLA four-door and the CLA Shooting Brake estate now come with 'Comfort'-spec front seats as standard, which get upholstered in a 100 per cent recycled material. It sounds like a small thing, but as Mercedes points out, every little helps on the road to zero emissions and sustainability.

Standard equipment levels are also up, as the CLA and Shooting Brake are now fitted with LED headlights with high-beam-assist, a reversing camera, extra USB sockets in the cabin and a leather-wrapped steering wheel.

The infotainment system now also includes wireless connectivity for Apple CarPlay and Android Auto, and the digital voice assistant has been upgraded to become a virtual tour guide. No, seriously - when the "Hey Mercedes, start tour guide" voice command is given, the MBUX infotainment system reads out interesting facts about places of interest along the route. The system responds to the approximately 3,400 brown informational signs along the German motorways. Not sure if it'll work in Roscommon, but here's hoping...

All of the petrol and diesel engine options are now mild-hybrids, and these have been given an updated starter-generator that gives them 10kW of extra power at start-up (that's over 13hp). The extra power allows for low vibration and low-noise engine starting as well as coasting with the combustion engine switched off.

The plug-in hybrid CLA 250e model (one of the best plug-in hybrids around, as it happens - see our review here) gets more power for its electric motor, up by 5kW to 80kW (just under 109hp). You can charge the 15.6kWh battery quicker now, too - there's the option to upgrade the AC charging to 11kW, while there's a fast-charging DC setup too, which allows you to top up to 80 per cent capacity in as little as 25 minutes. The electric range remains at between 71-82km, depending on the spec of the car.

The high-performance AMG 35 and AMG 45 models have been given some upgrades too, with the AMG 35 model getting a 48-volt mild-hybrid system (although Mercedes doesn't quote any specific performance or economy improvements for it yet).

No Irish prices nor delivery dates have been announced for the updated Mercedes CLA and Shooting Brake as yet.