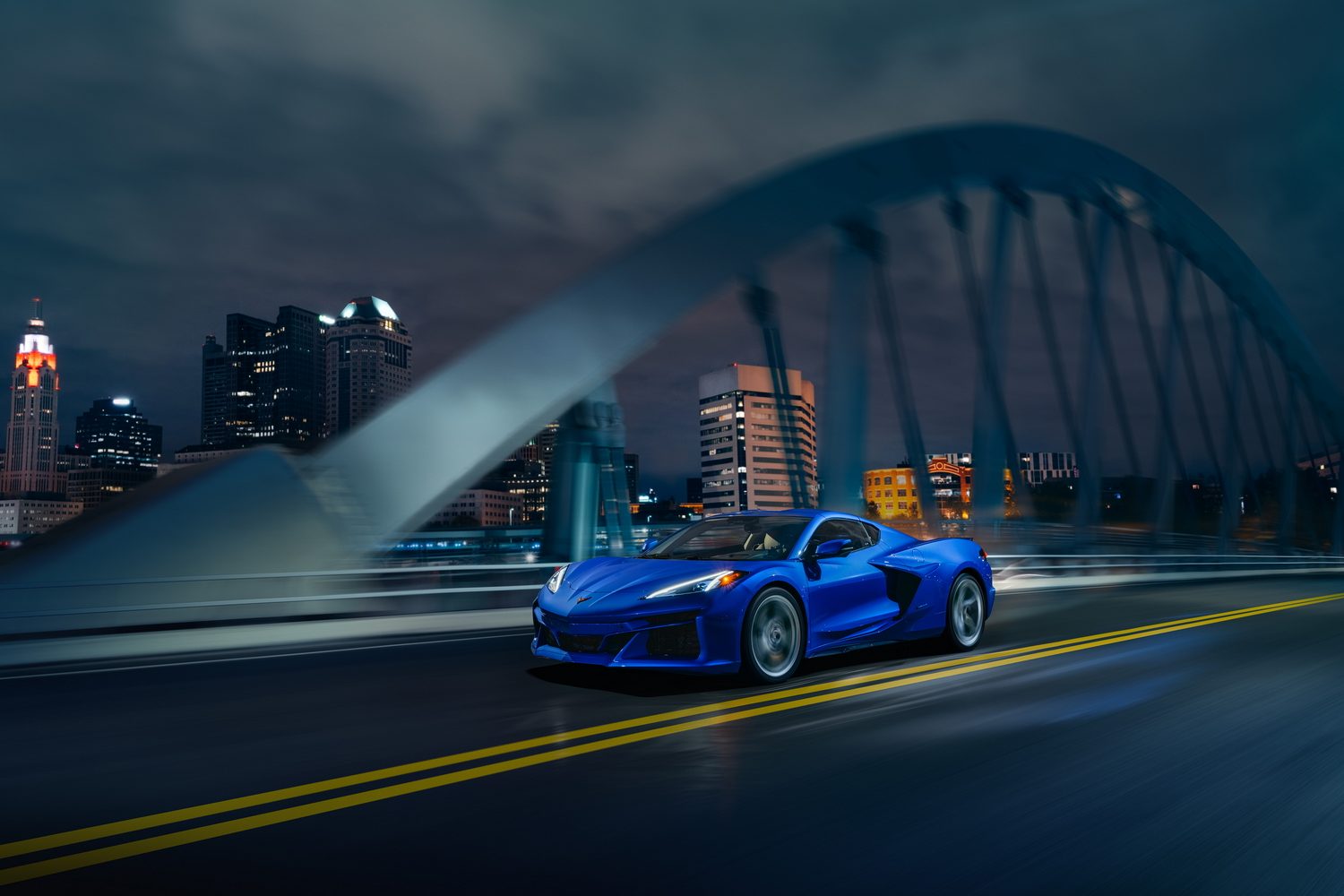 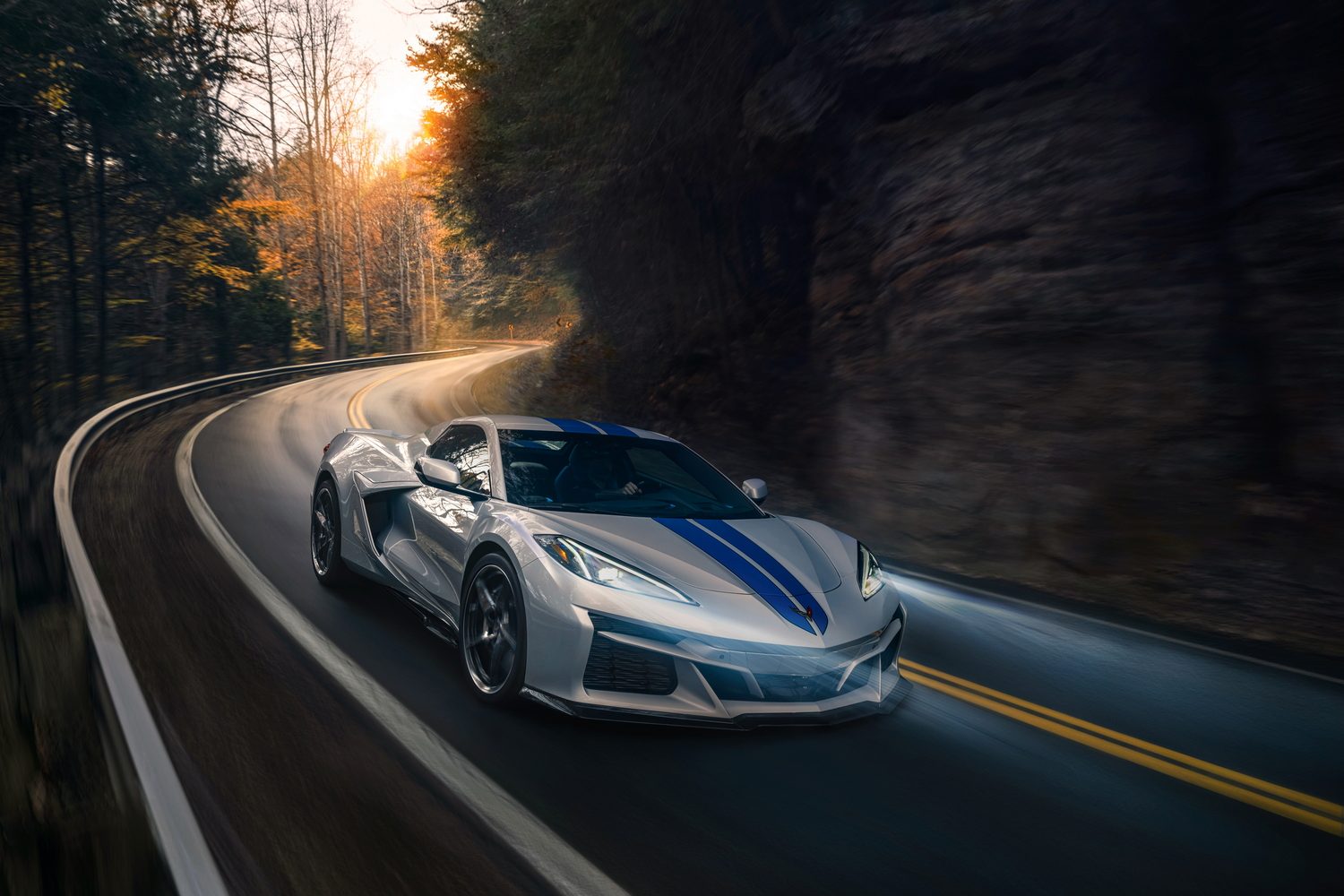 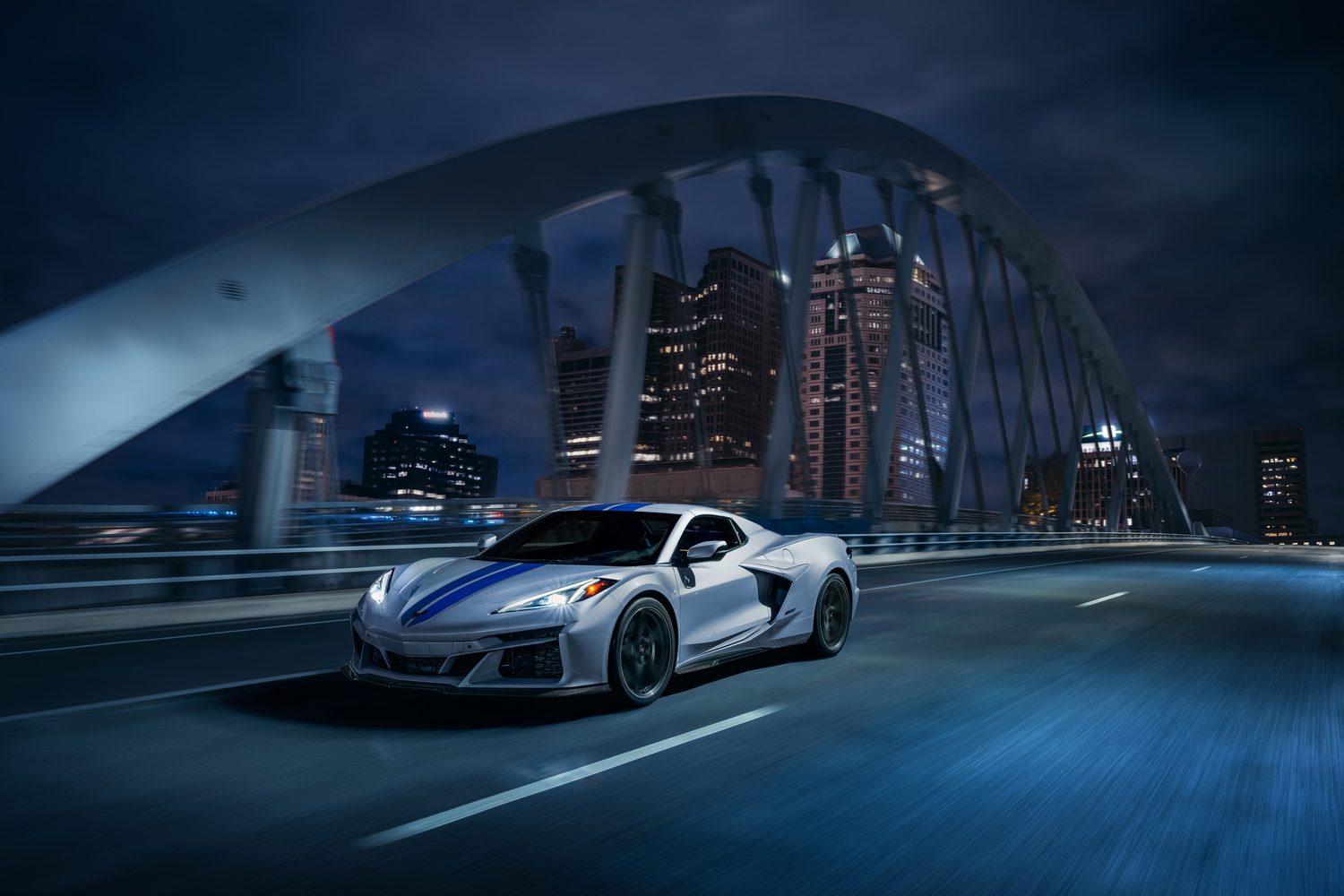 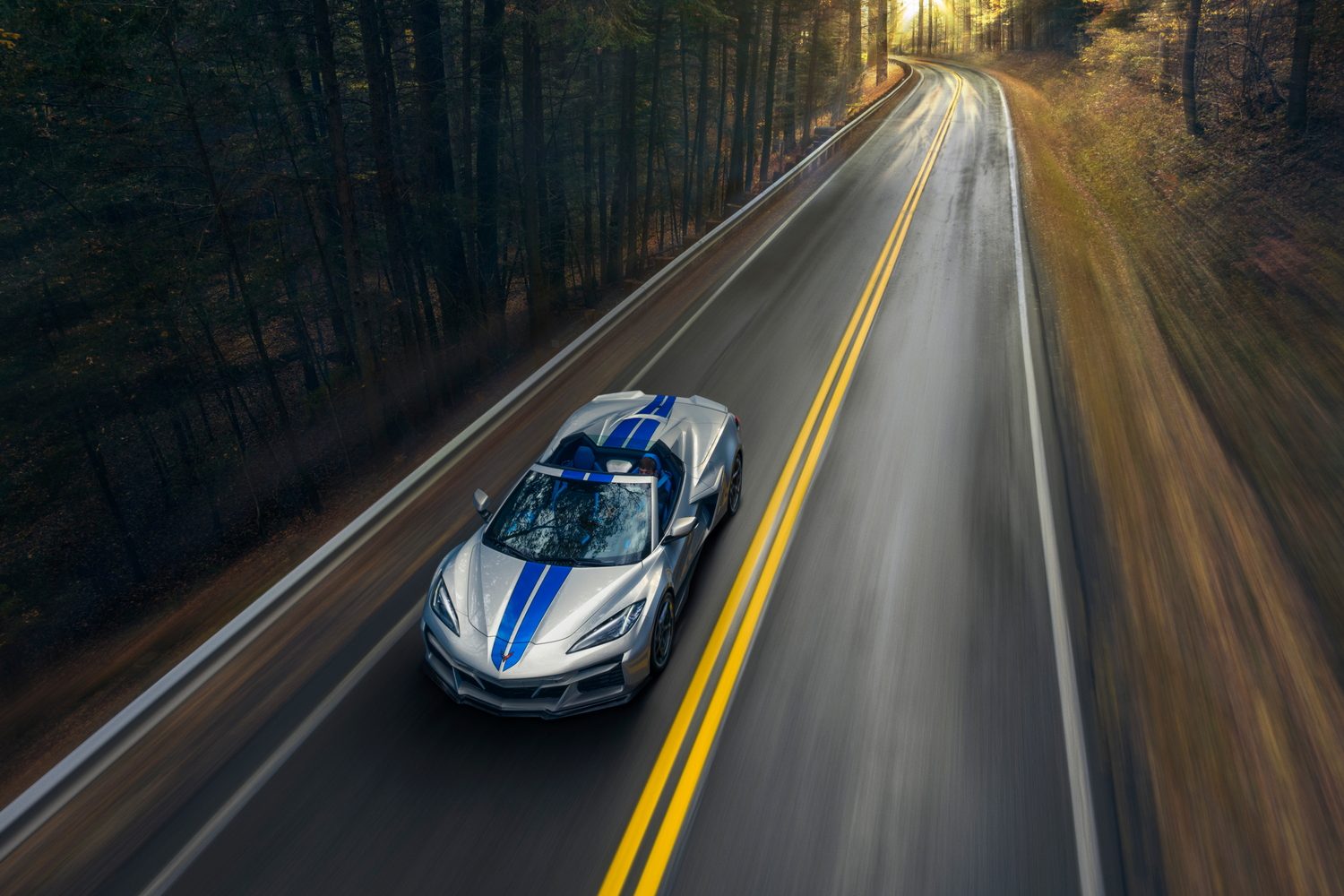 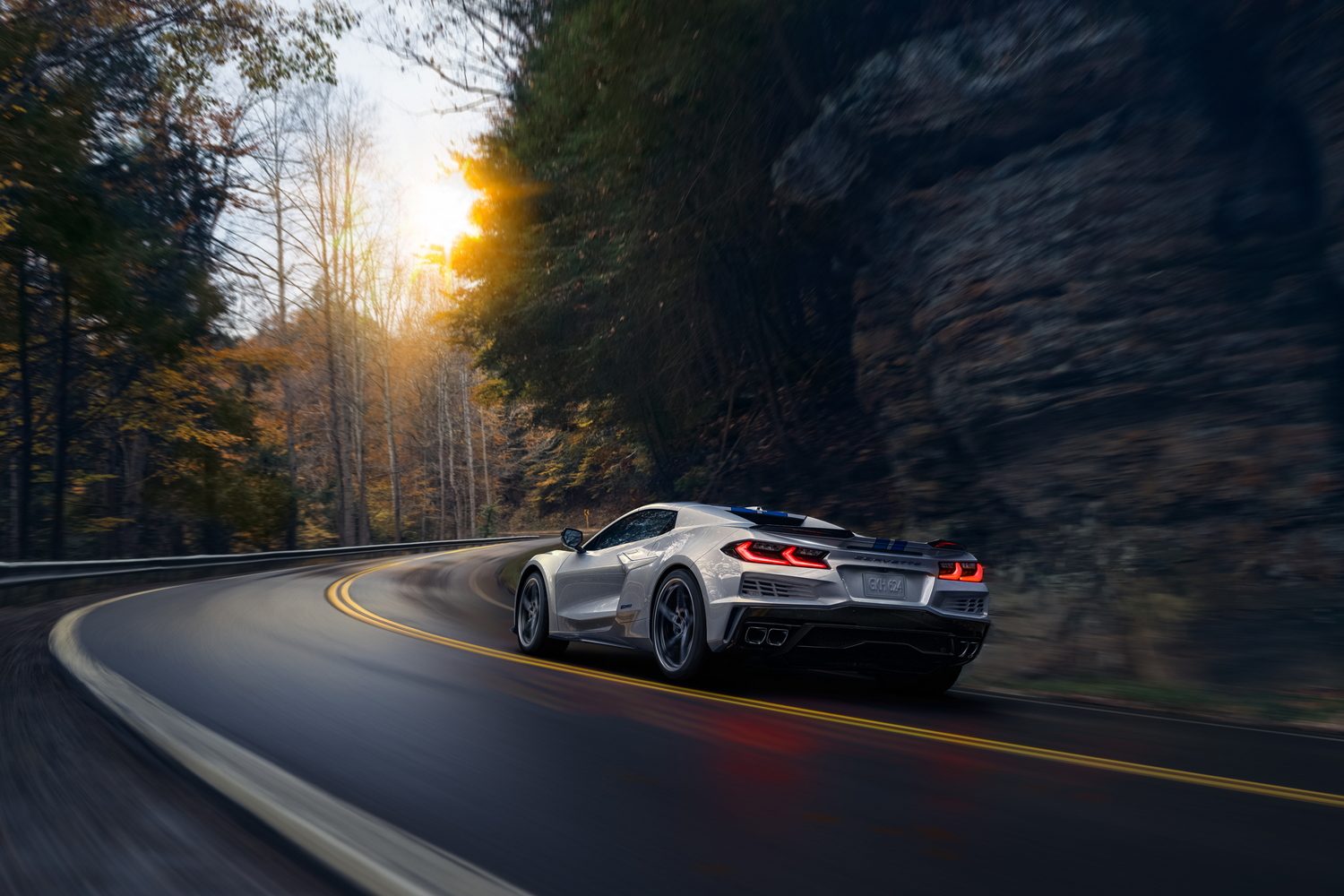 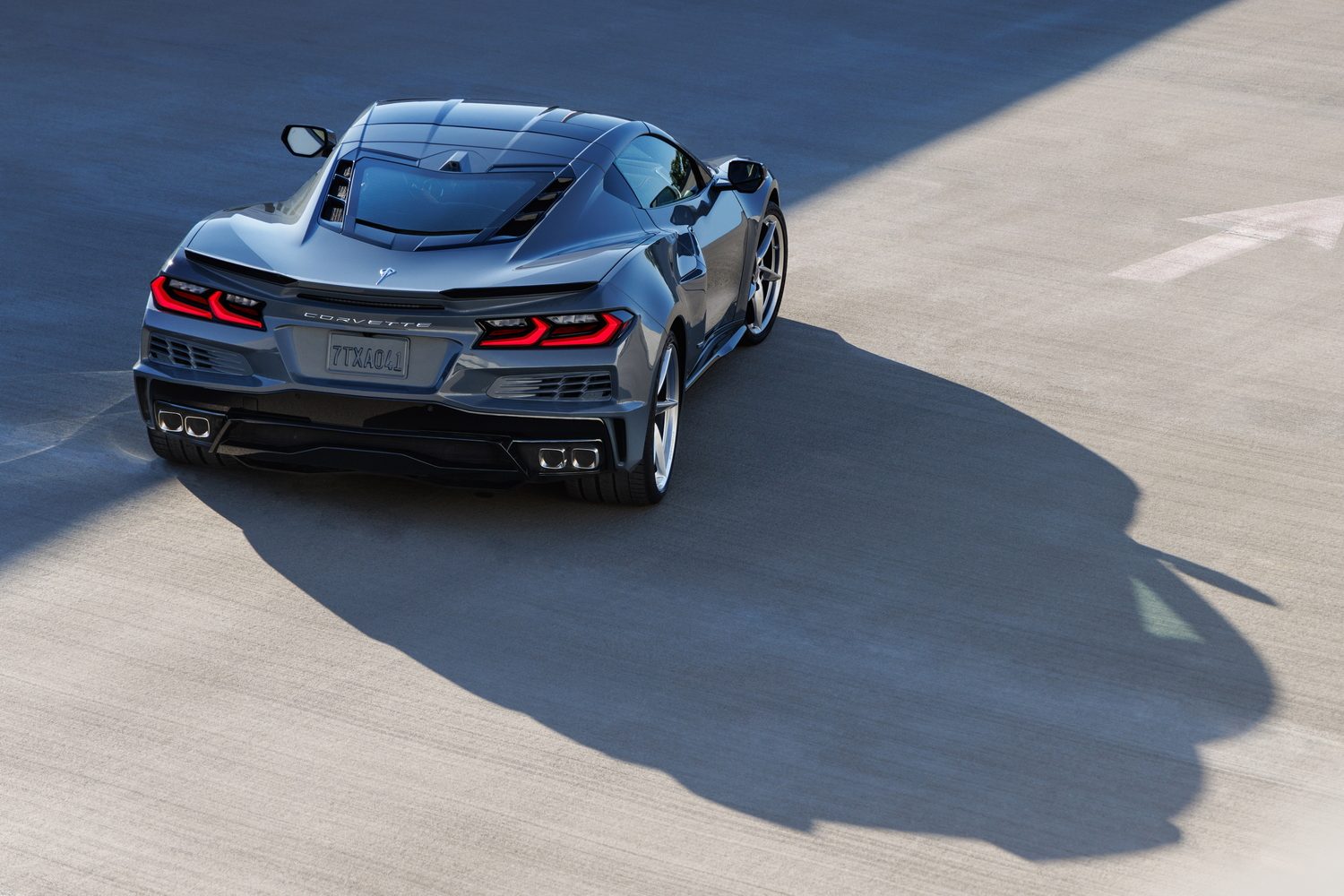 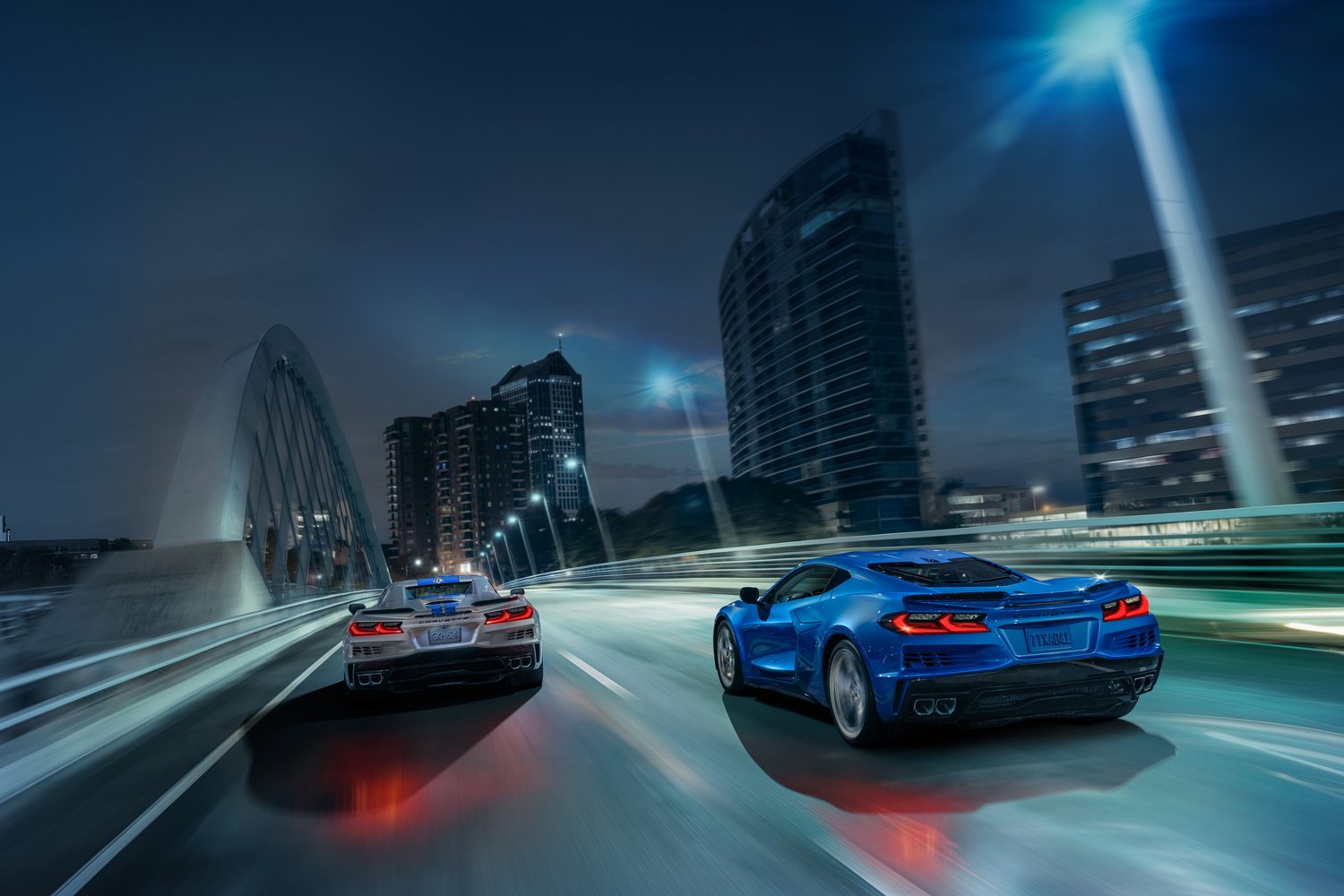 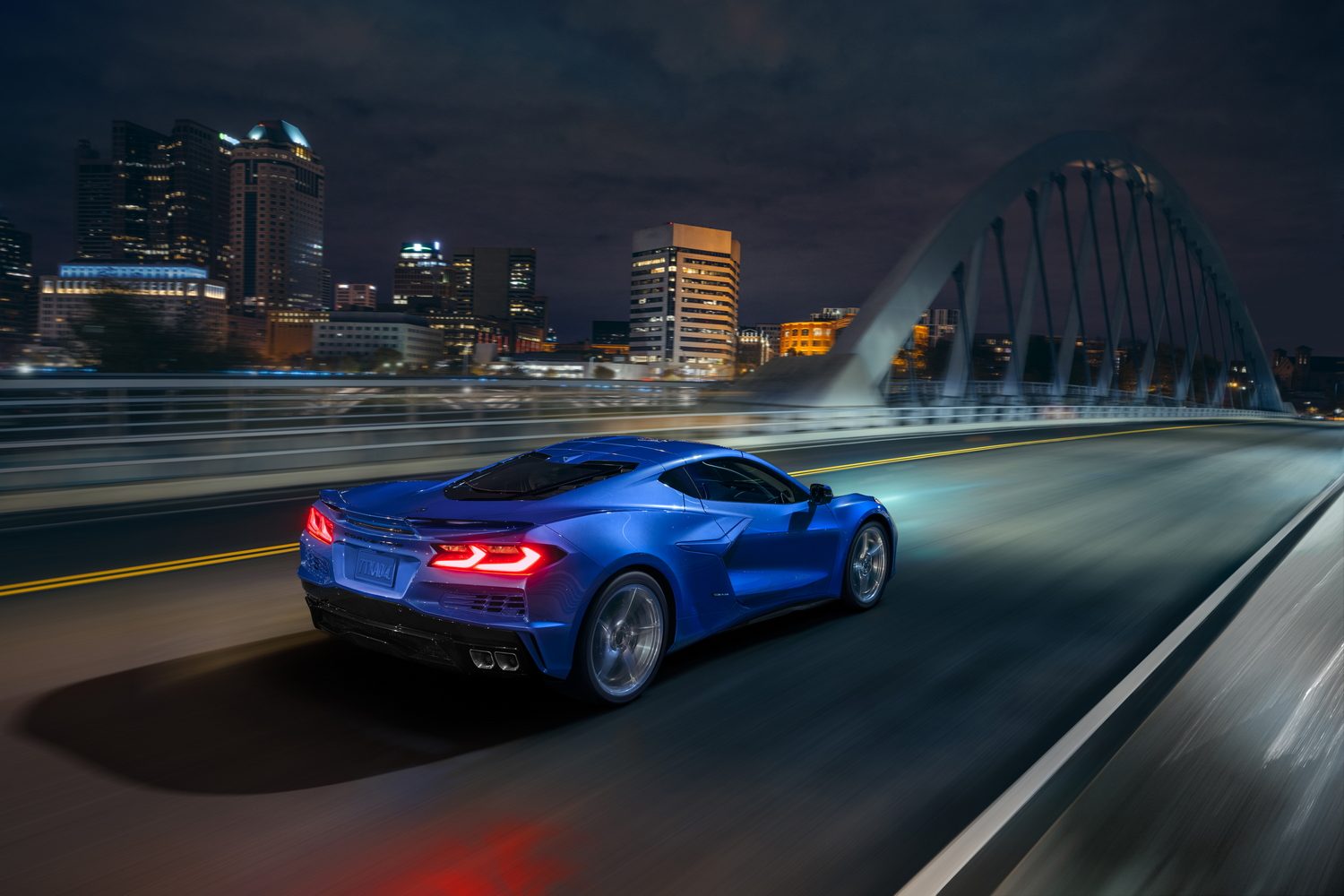 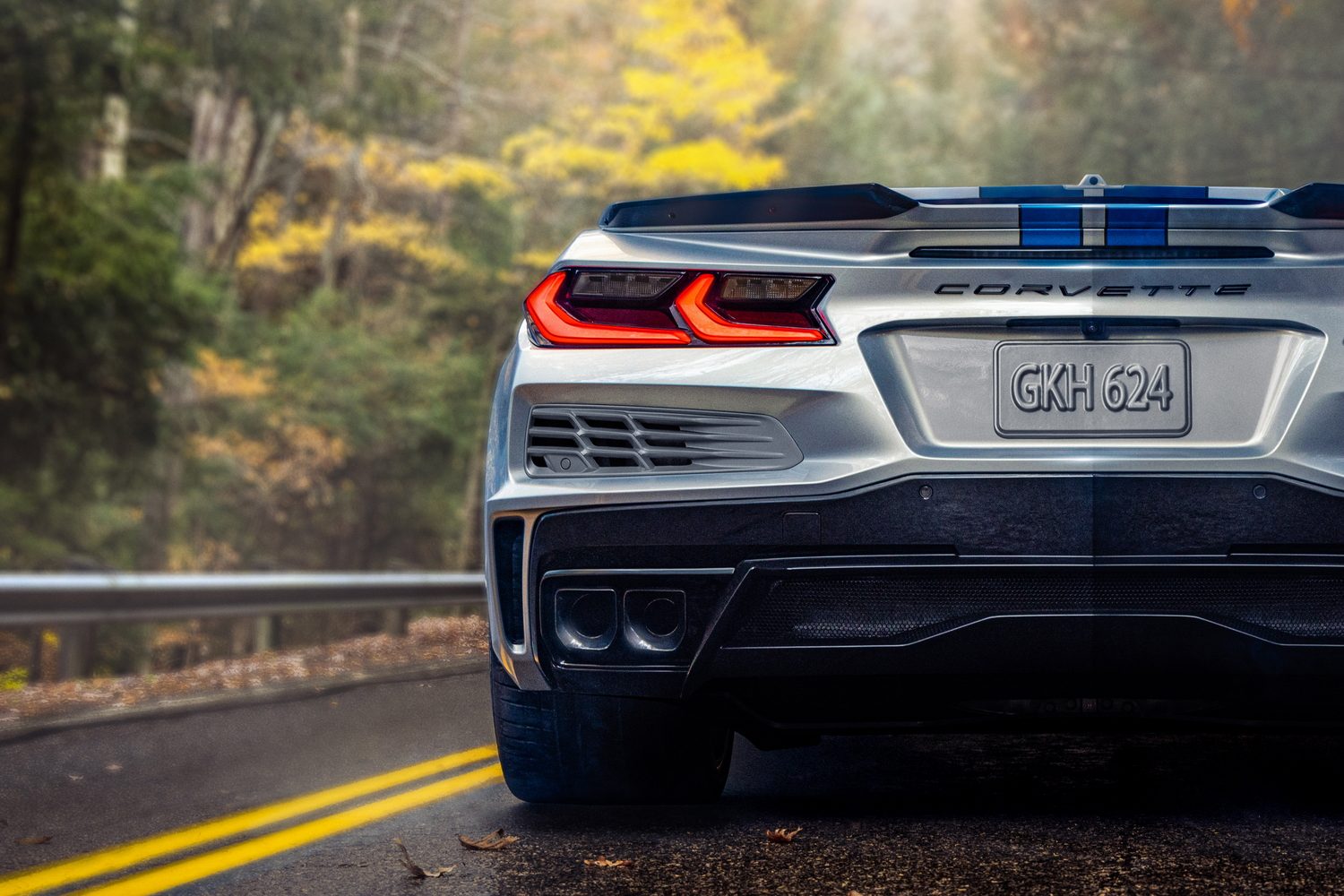 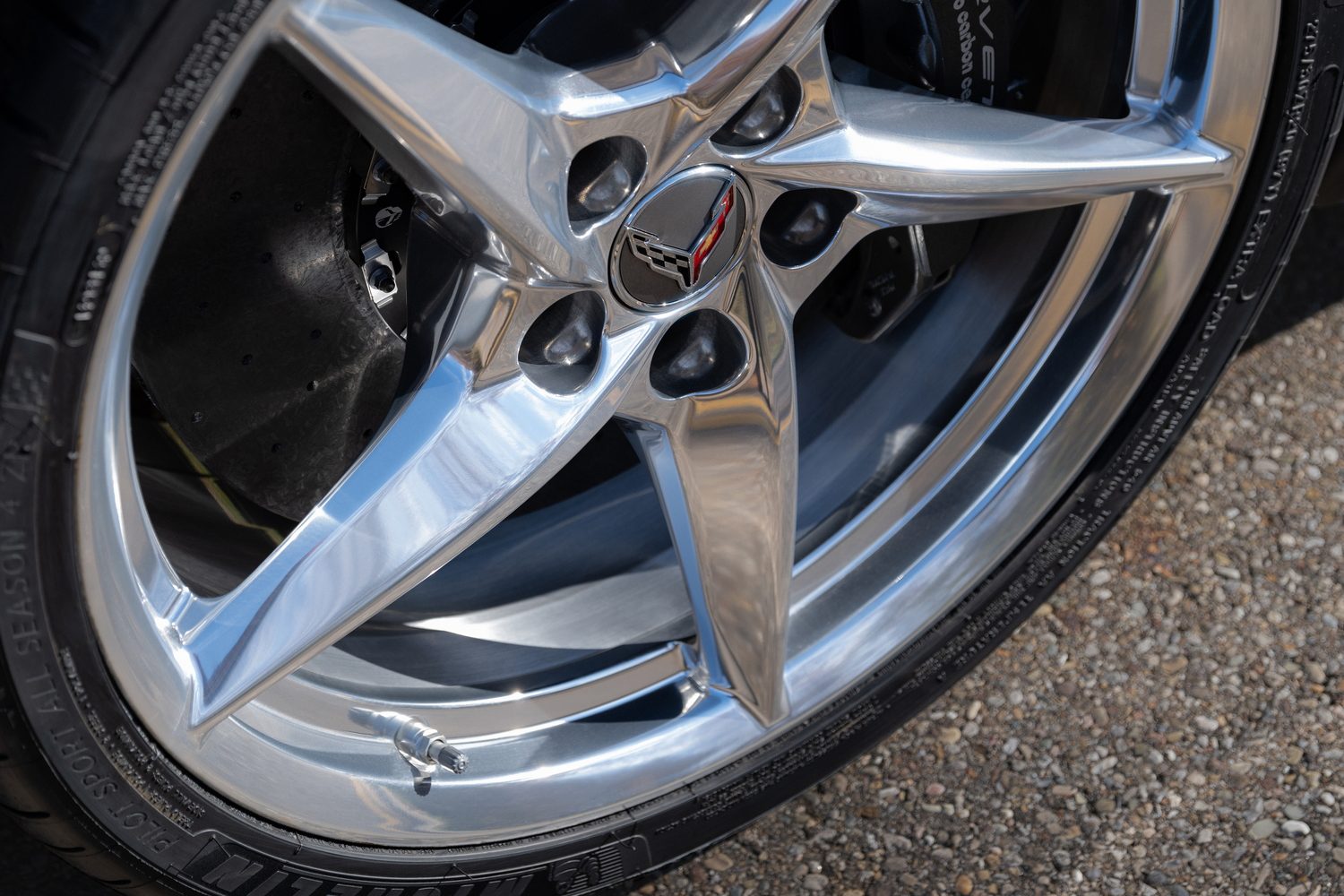 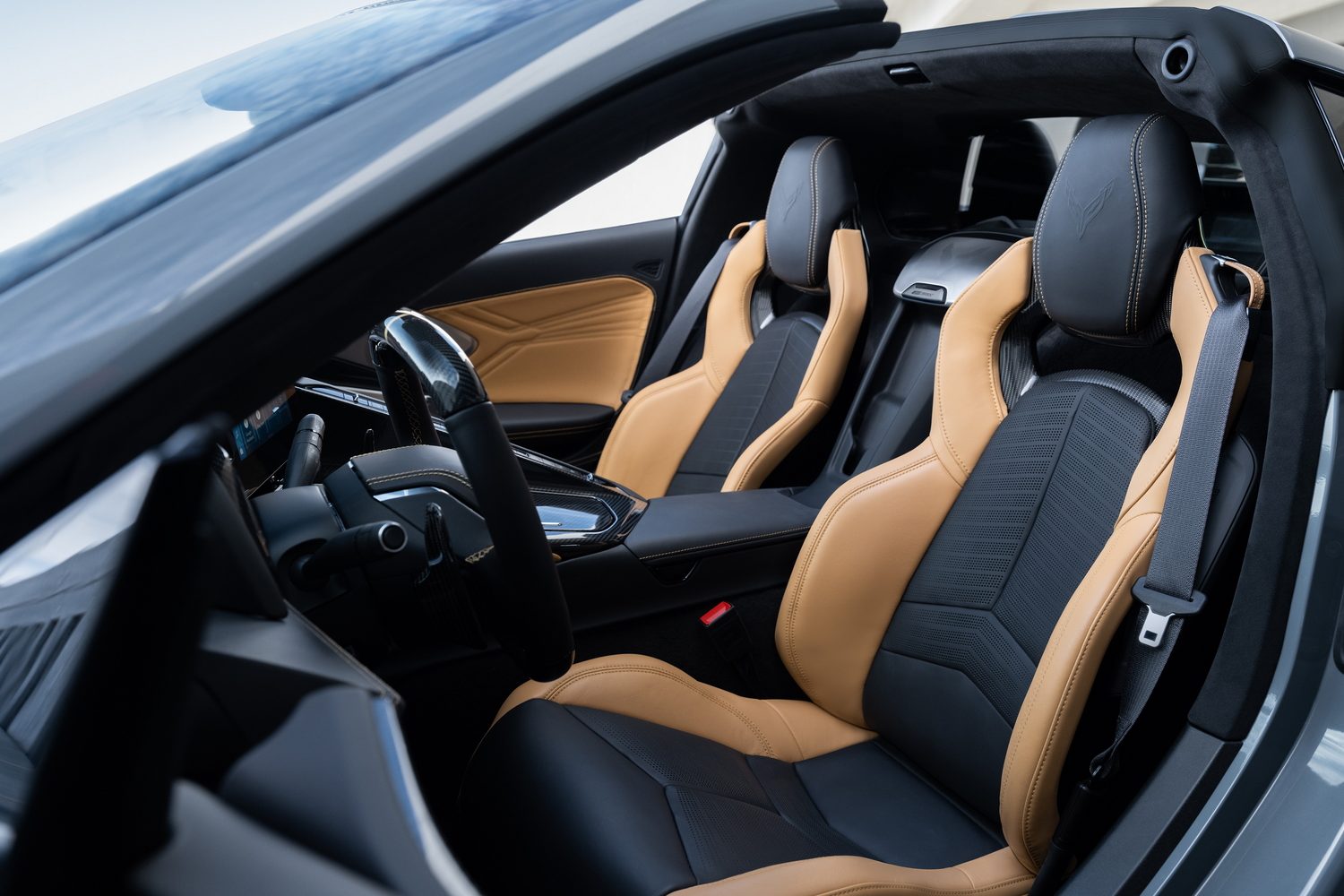 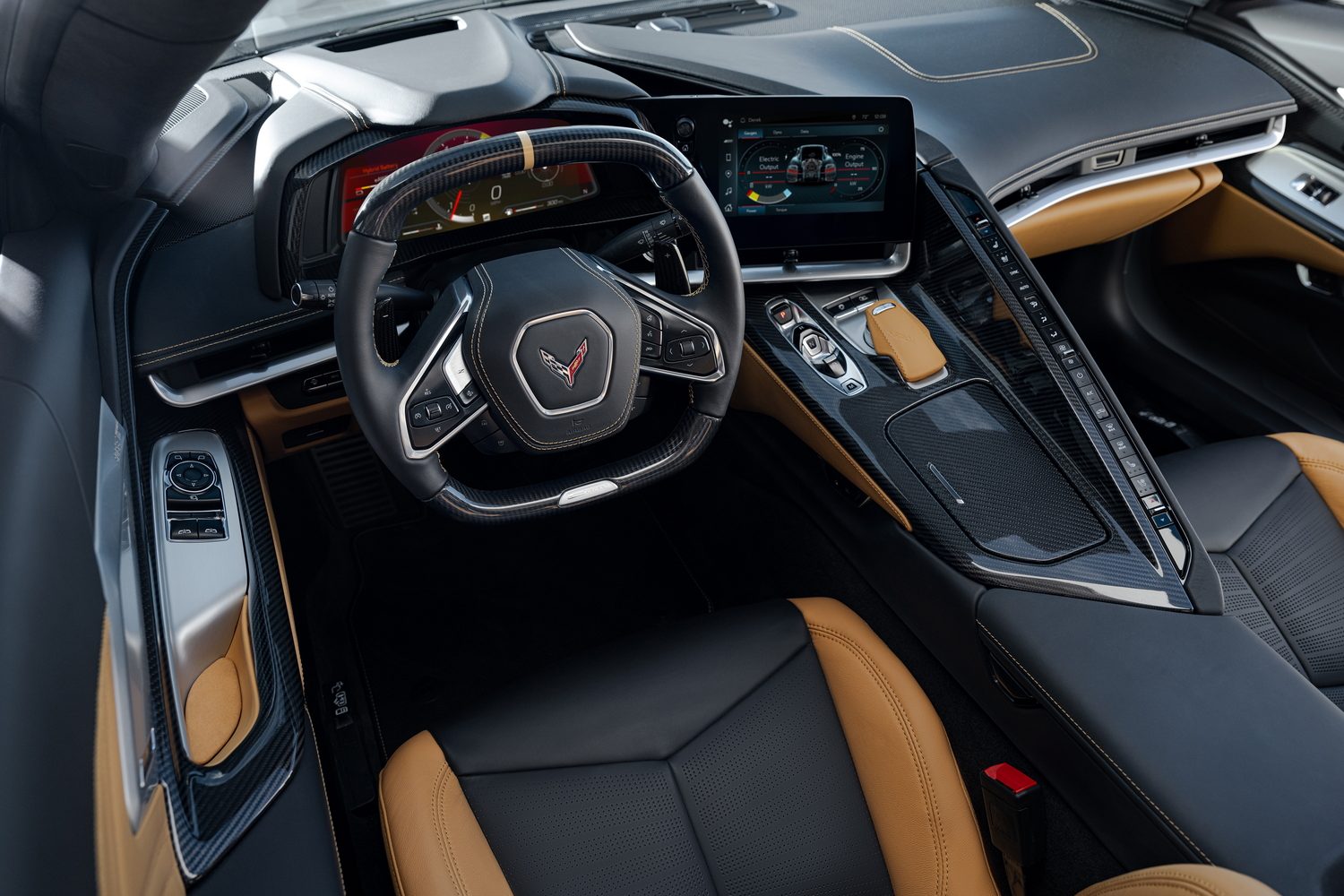 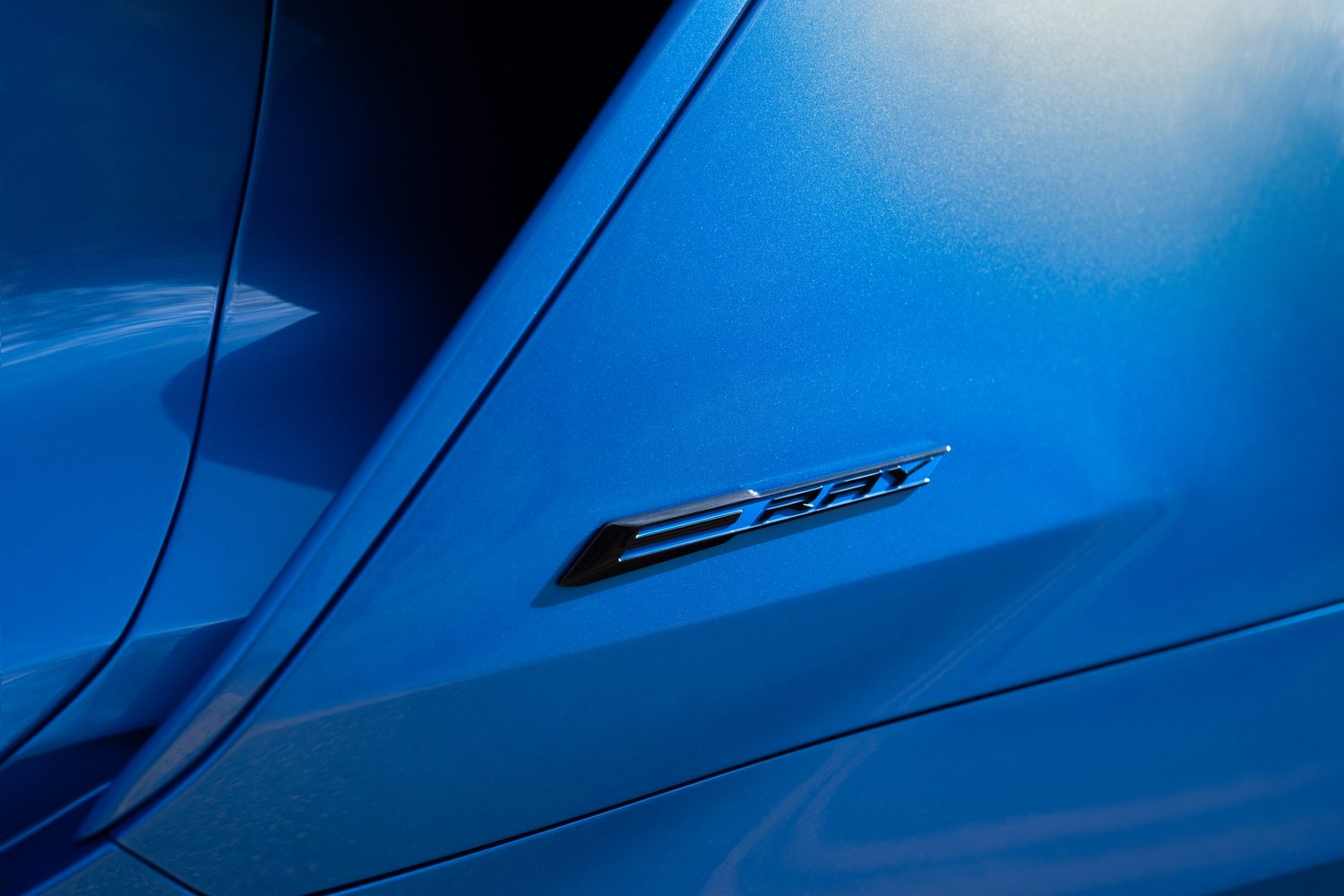 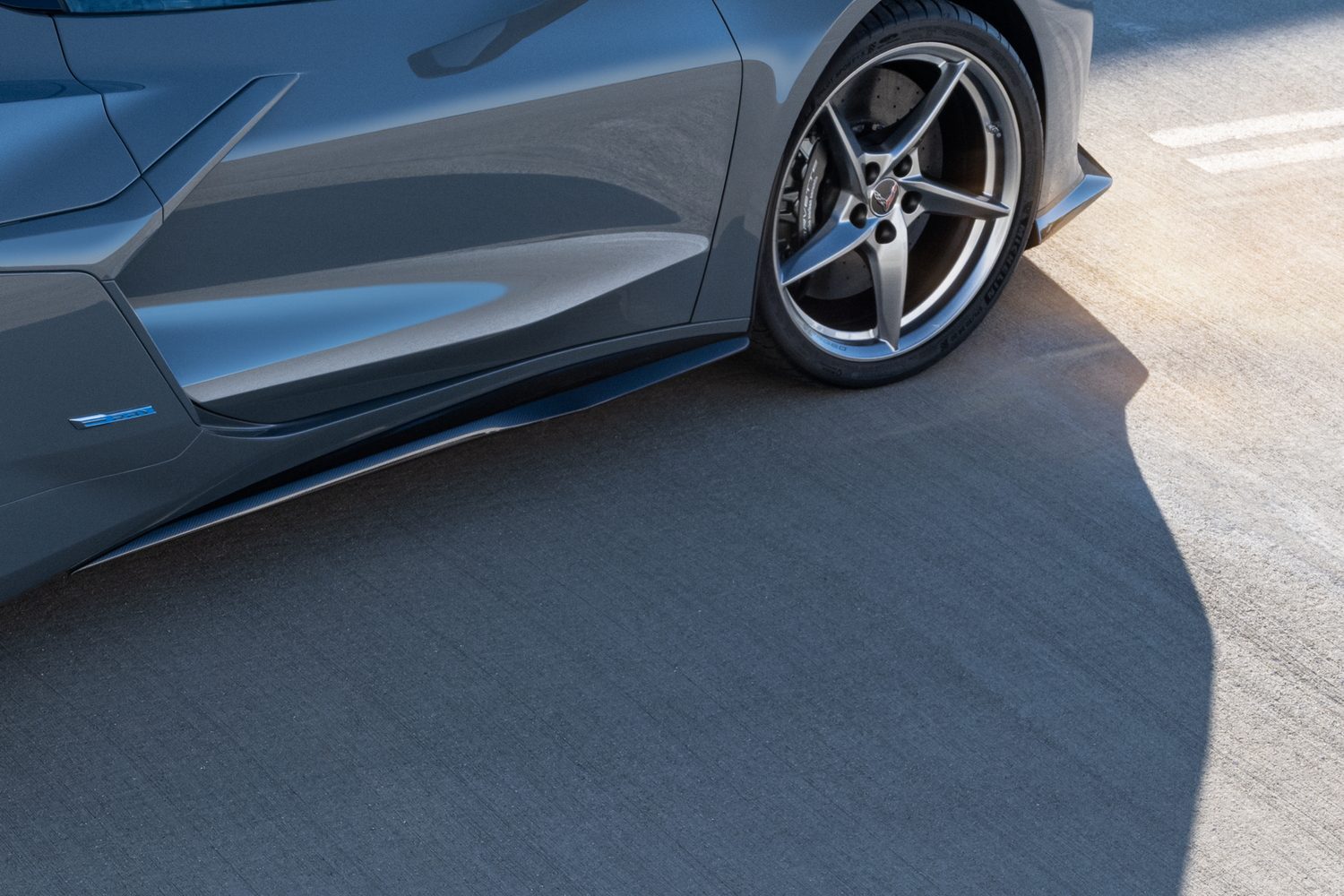 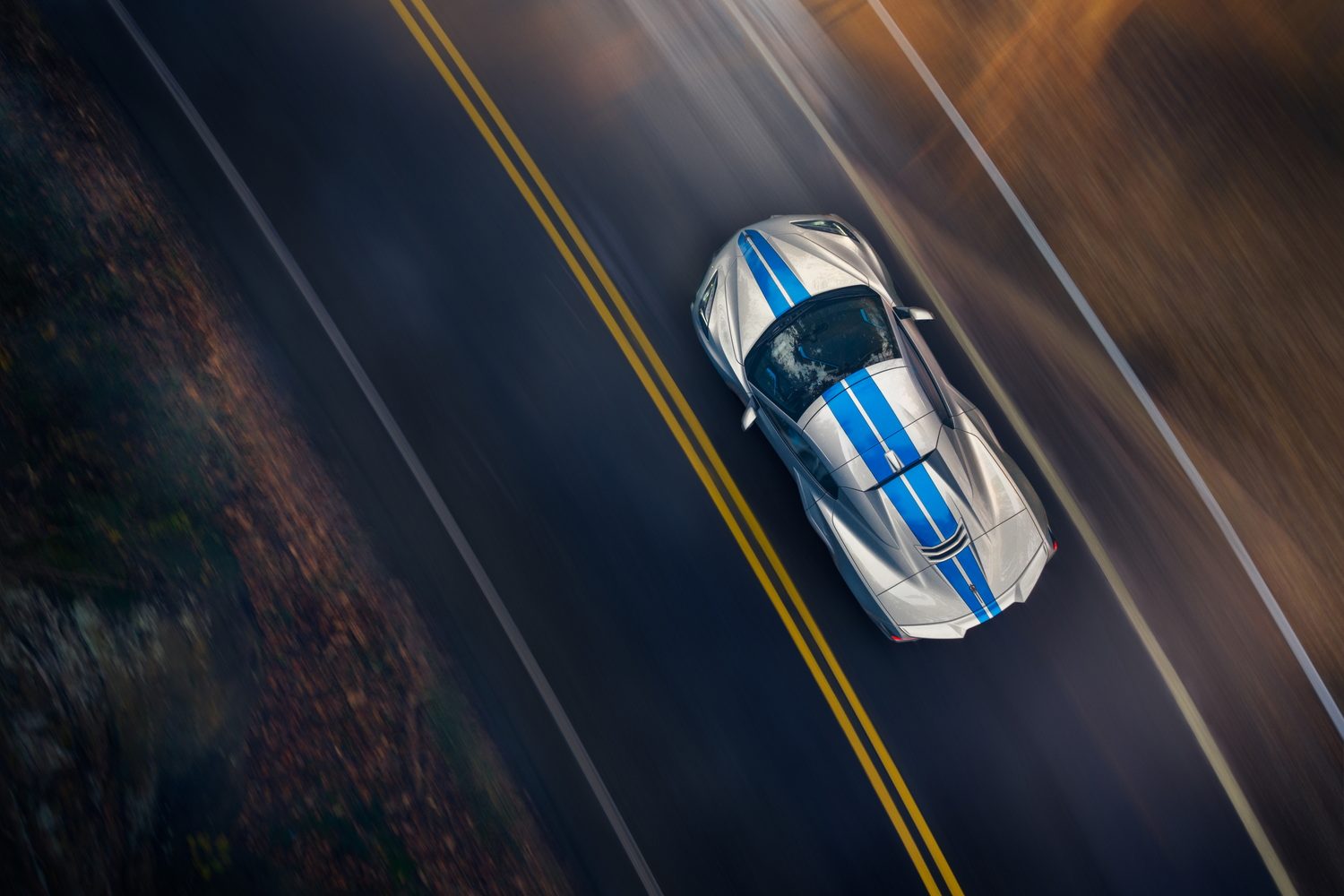 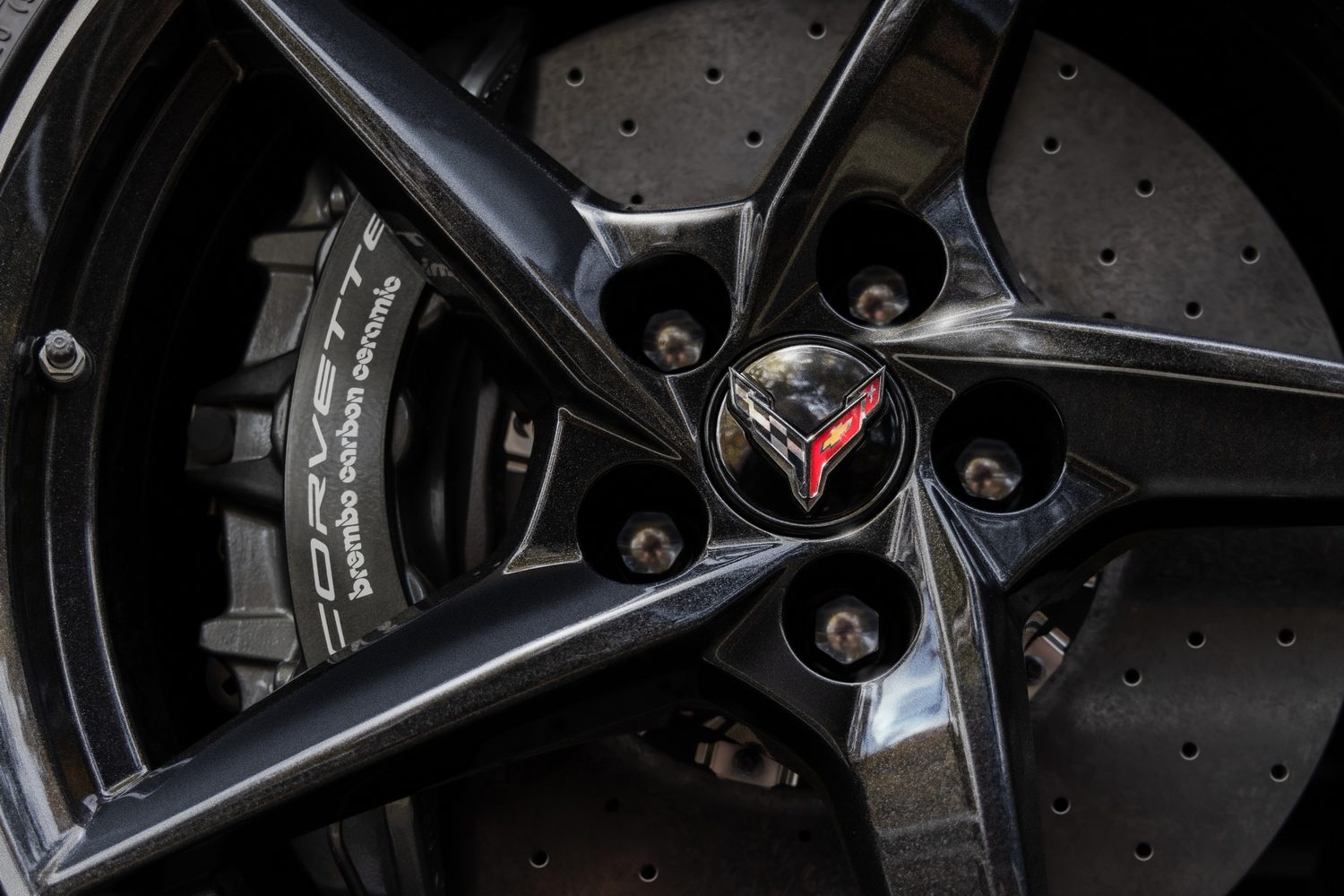 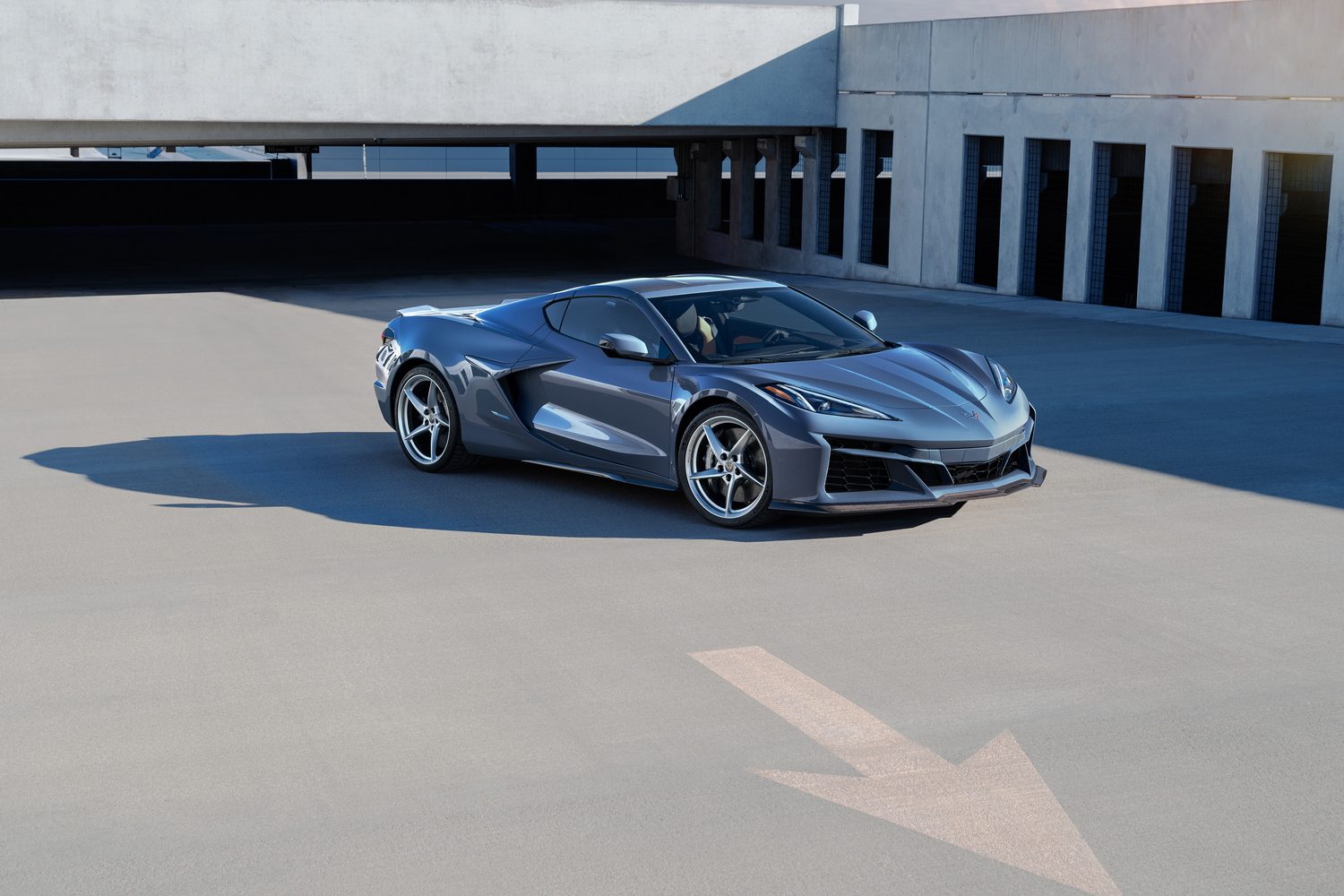 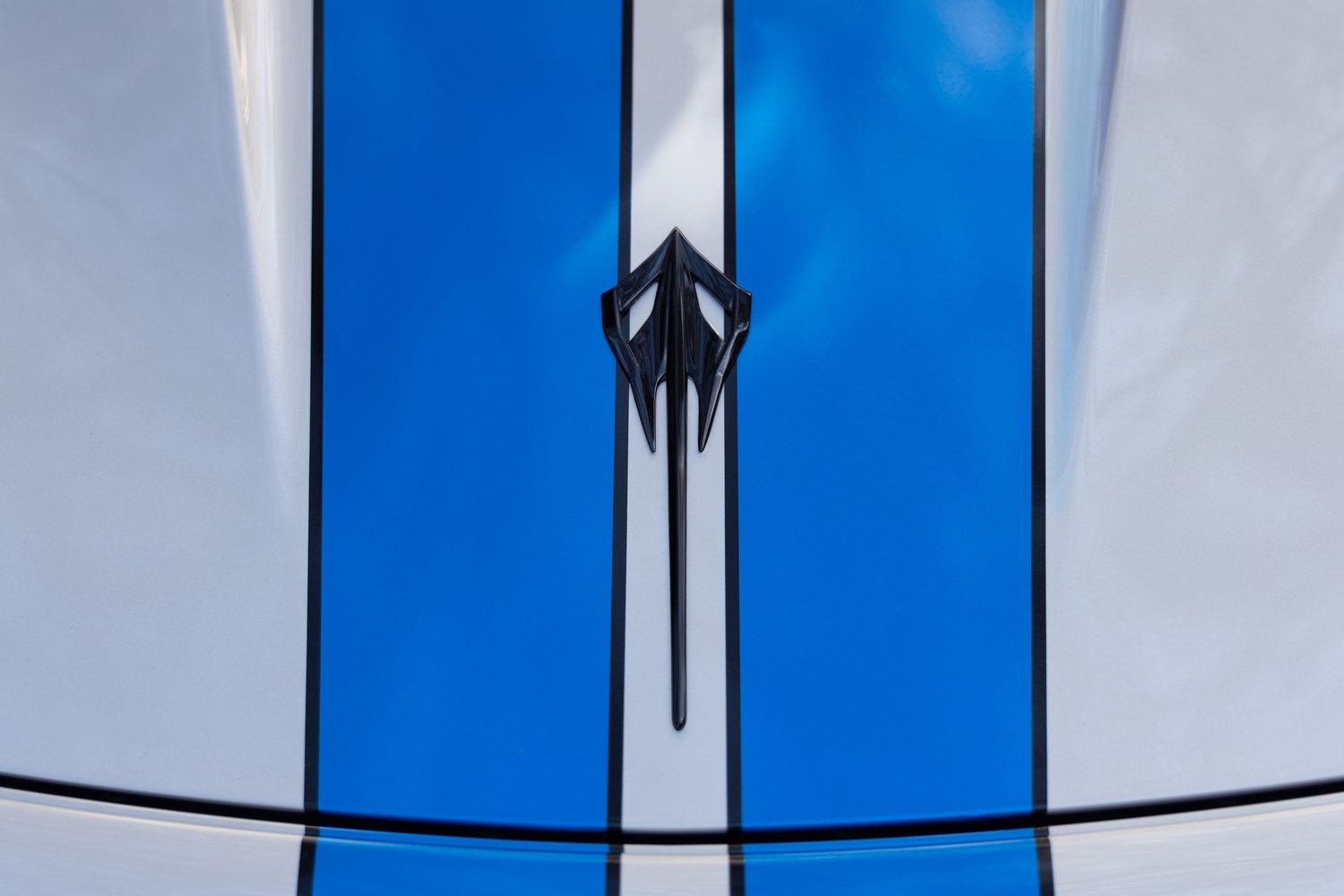 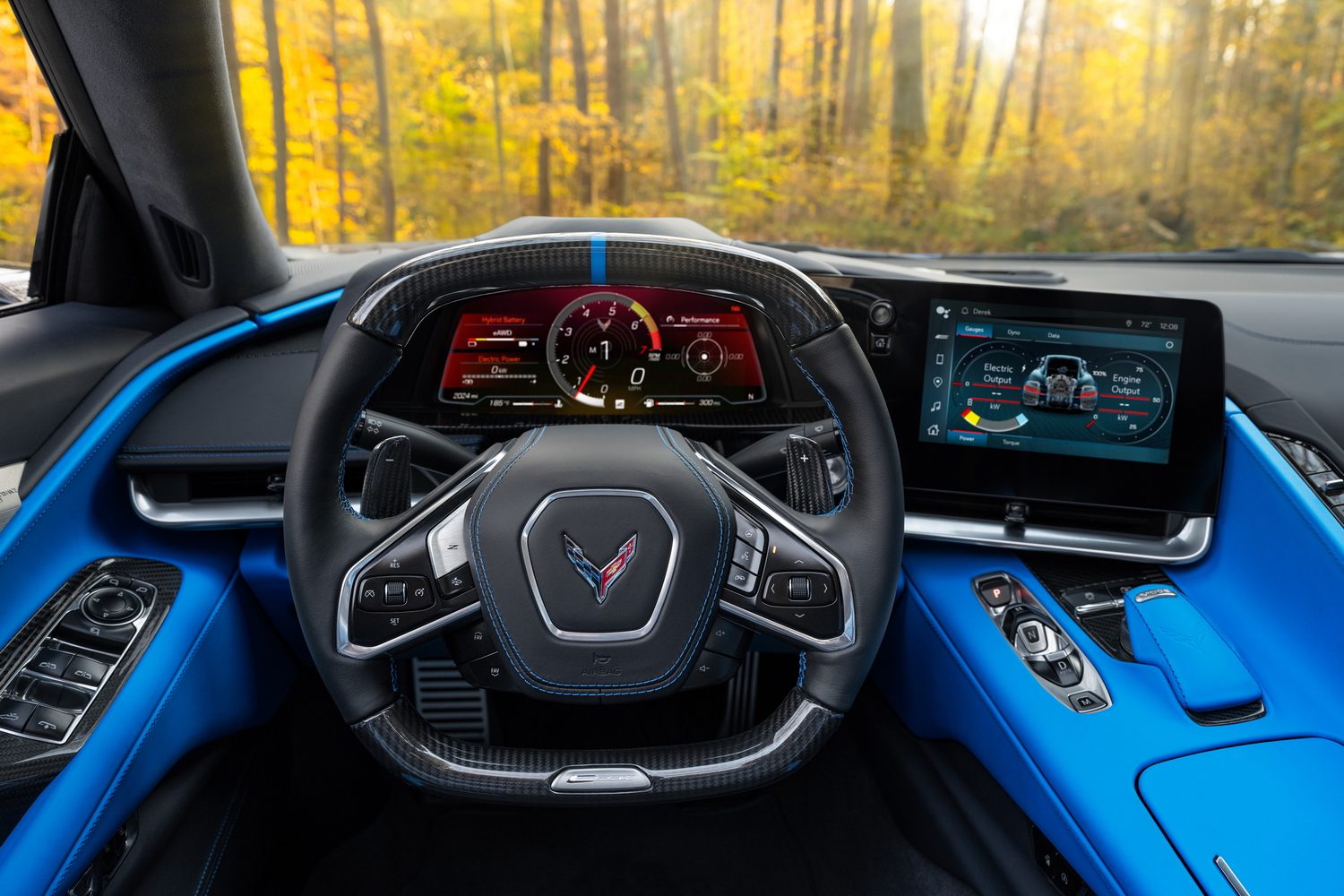 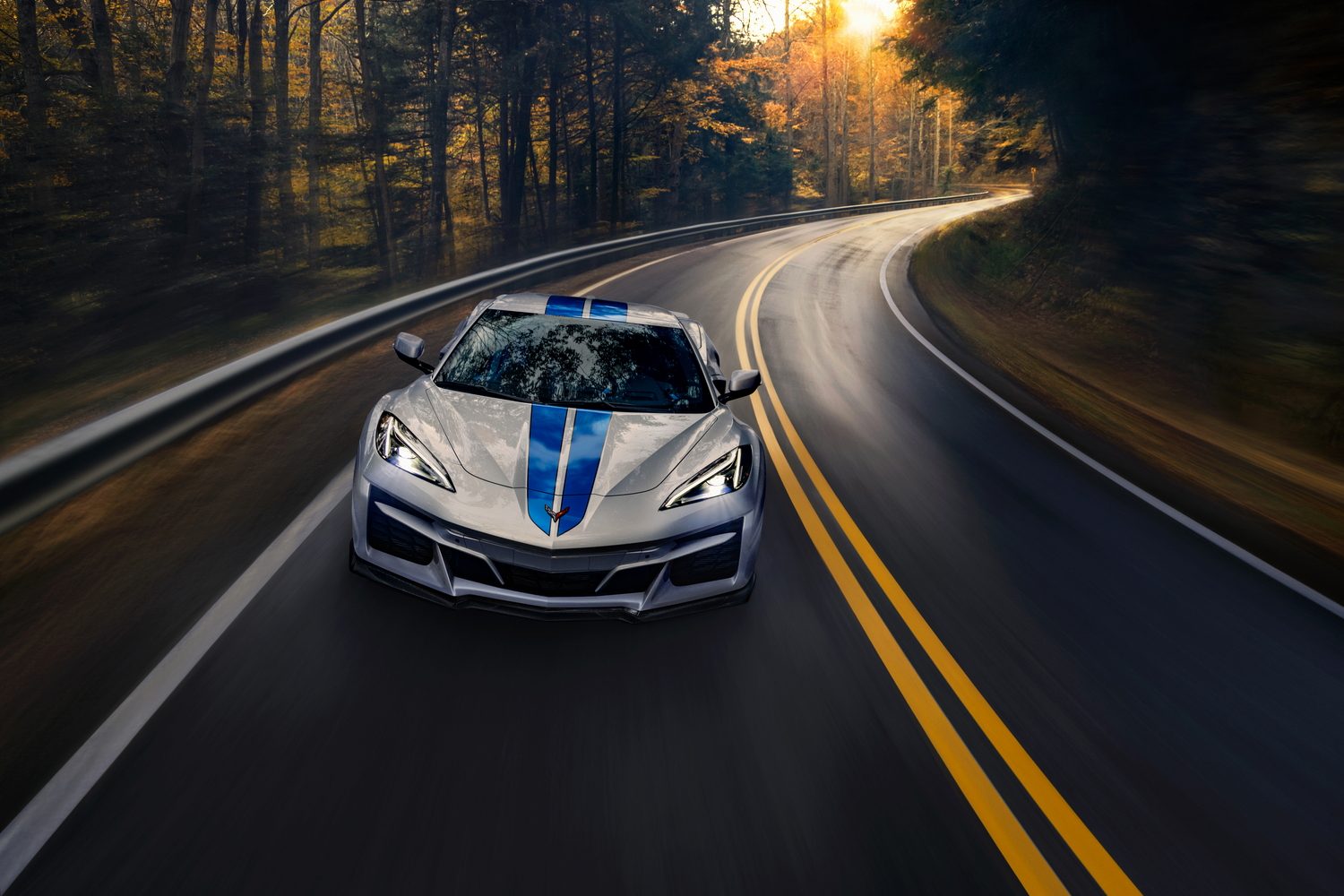 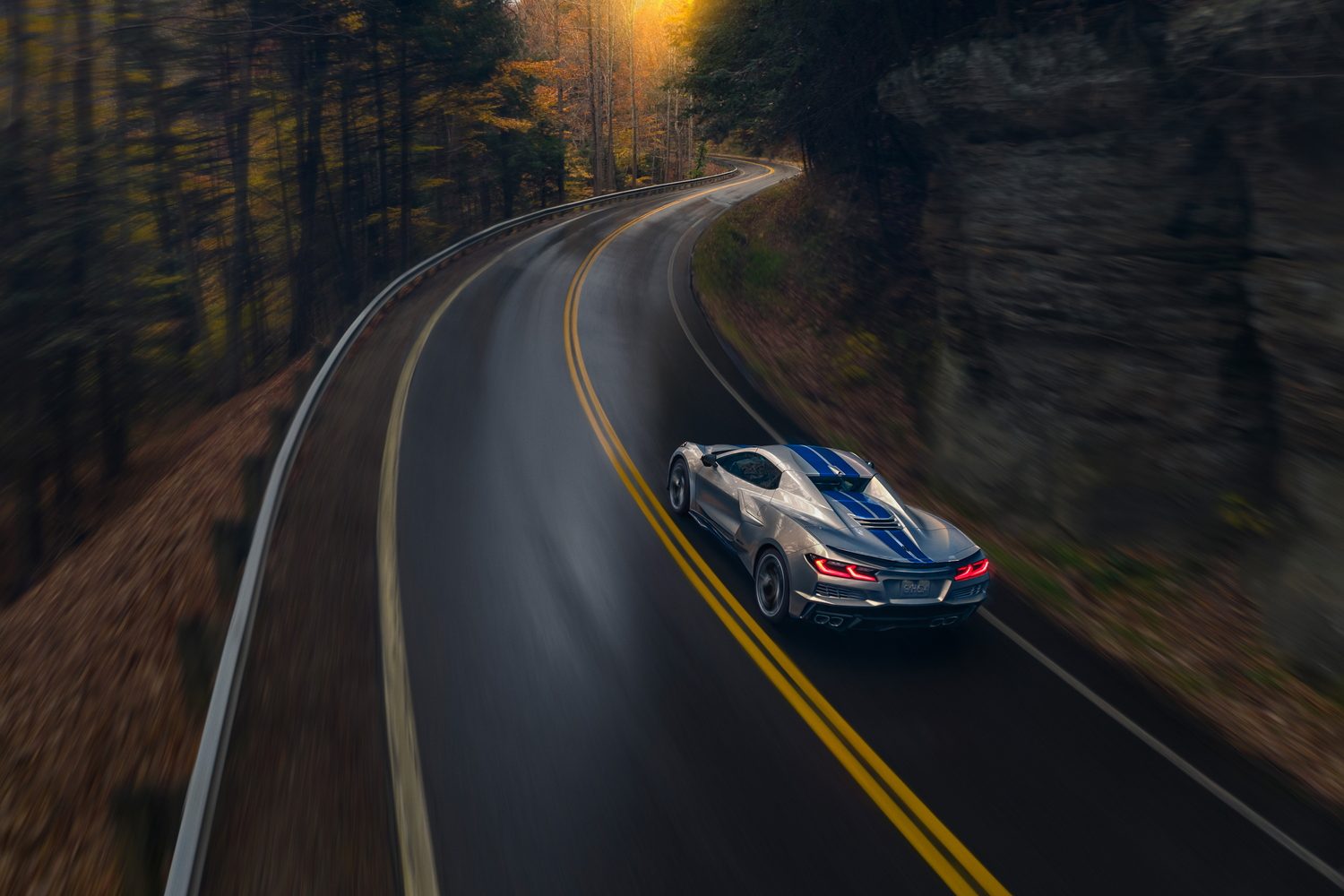 Chevrolet has unveiled the quickest Corvette ever, and it's a 664hp hybrid.

Chevrolet has taken the covers off the Corvette E-Ray, not just the quickest version yet seen of the firm's legendary sports car, but a car that marks the first time an electric motor has graced the Corvette model line.

As well as retaining the naturally-aspirated, 502hp 6.2-litre mid-mounted V8 engine from the base model Corvette Stingray, the E-Ray sees the addition of a 162hp electric motor to drive the front wheels bringing total maximum outputs to 664hp and 807Nm of torque. That's enough to catapult the hybrid Corvette to 60mph (that's 96.5km/h at current exchange rates) in 2.5 seconds from rest or - as is the American way - to perform the quarter-mile dash in 10.5 seconds. Those straight-line performance figures put the E-Ray roughly on a par with the Ferrari 296 GTB, despite costing around a third of the price.

Not quite a Prius

Power to the electric motor is supplied by a 1.9kWh battery pack located between the seats, and while it's by no means substantial, it is enough to provide the E-Ray with an electric-only range of around 8km, making it a lot easier, Chevrolet says, to leave home in the morning without waking up all the neighbours with the exuberant V8 exhaust note. In that case, however, buyers will need to remember to reverse into their driveways the night before, as the electric motor doesn't work in reverse.

All of that is telling in its own right. The Corvette's hybrid system is geared towards performance rather than fuel economy and, while it's not the most powerful Corvette on paper (its track-focused Z06 sibling manages 680hp), those aforementioned performance figures still make it the quickest. Helping the E-Ray off the line is the fact that the model features all-wheel drive and the way power is delivered due to the balance of petrol engine and electric motor can be tweaked through a series of drive modes ranging from electric-only "Stealth" through "Sport", "Track" and "Weather". As well as being reasonably capable on track, the E-Ray should be a lot more manageable than previous rear-drive-only Corvettes in slippery and snowy conditions.

Aiding that track and fast road ability (and justifying the E-Ray's significant premium over the standard Stingray) are a set of carbon-ceramic brakes for improved stopping power, adaptive magnetorheological dampers for better cornering and comfort and a set of wide Michelin Pilot Sport all-season tyres. Chevrolet, in fact, claims that the 375mm-wide tyres coating the 21-inch rear wheels are the widest ever fitted to a production car.

Visually, the E-Ray doesn't look a whole lot different to either of the other models in the Corvette range, either inside or out. The hybrid gets the same wide body as the track-bred Z06, with a few extra carbon-fibre accents marking it out. Inside, there's little to differentiate it from the Stingray other than a few extra hybrid-specific displays on the digital driver's instrument cluster and the central touchscreen.

No plans for Irish sales

The Corvette E-Ray is slated to go on sale in the United States later this year in both coupe and convertible guises. Sadly, despite the Corvette currently being sold in the UK in right-hand-drive form, there are no plans to sell either the E-Ray or any other versions of the Corvette in Ireland.