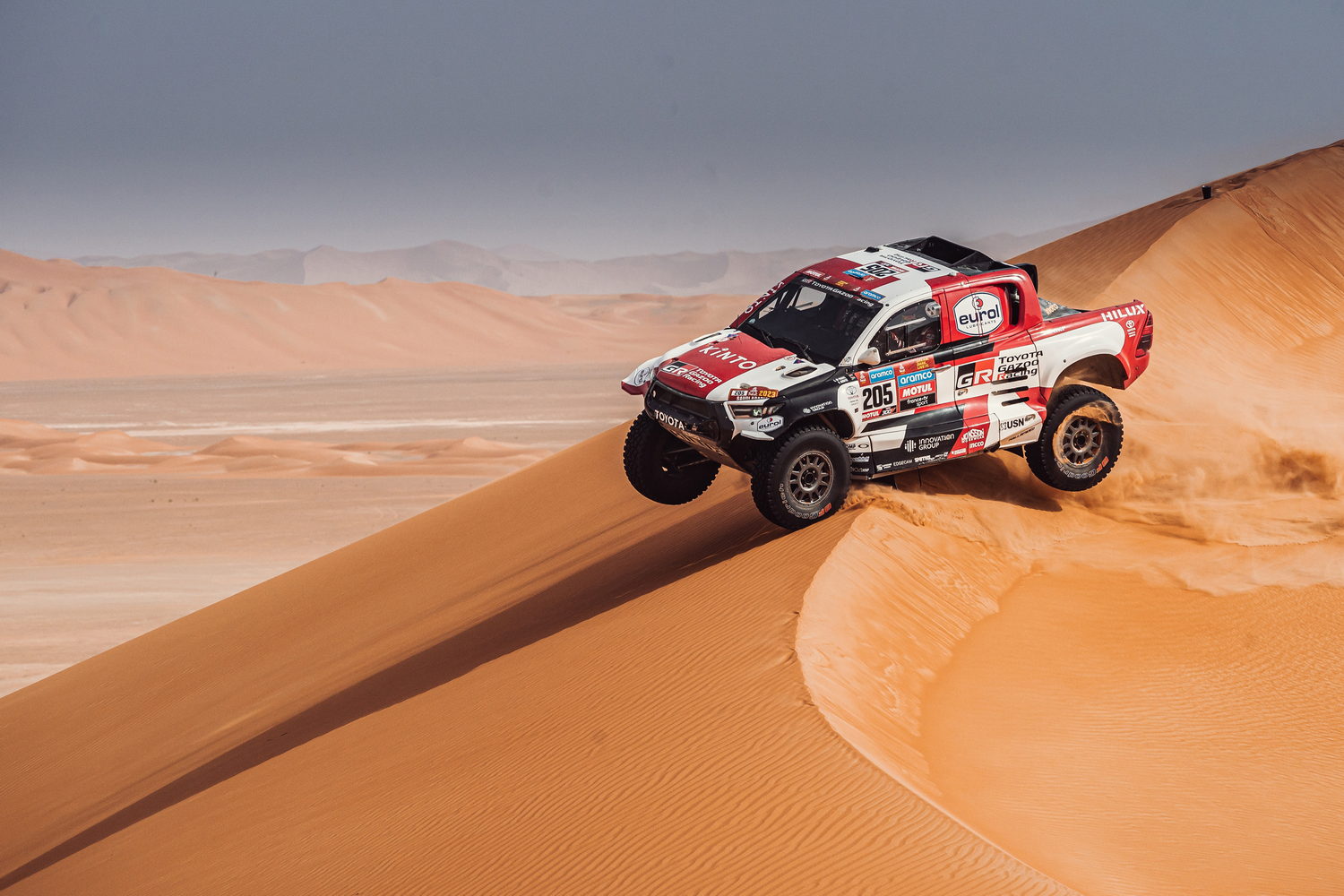 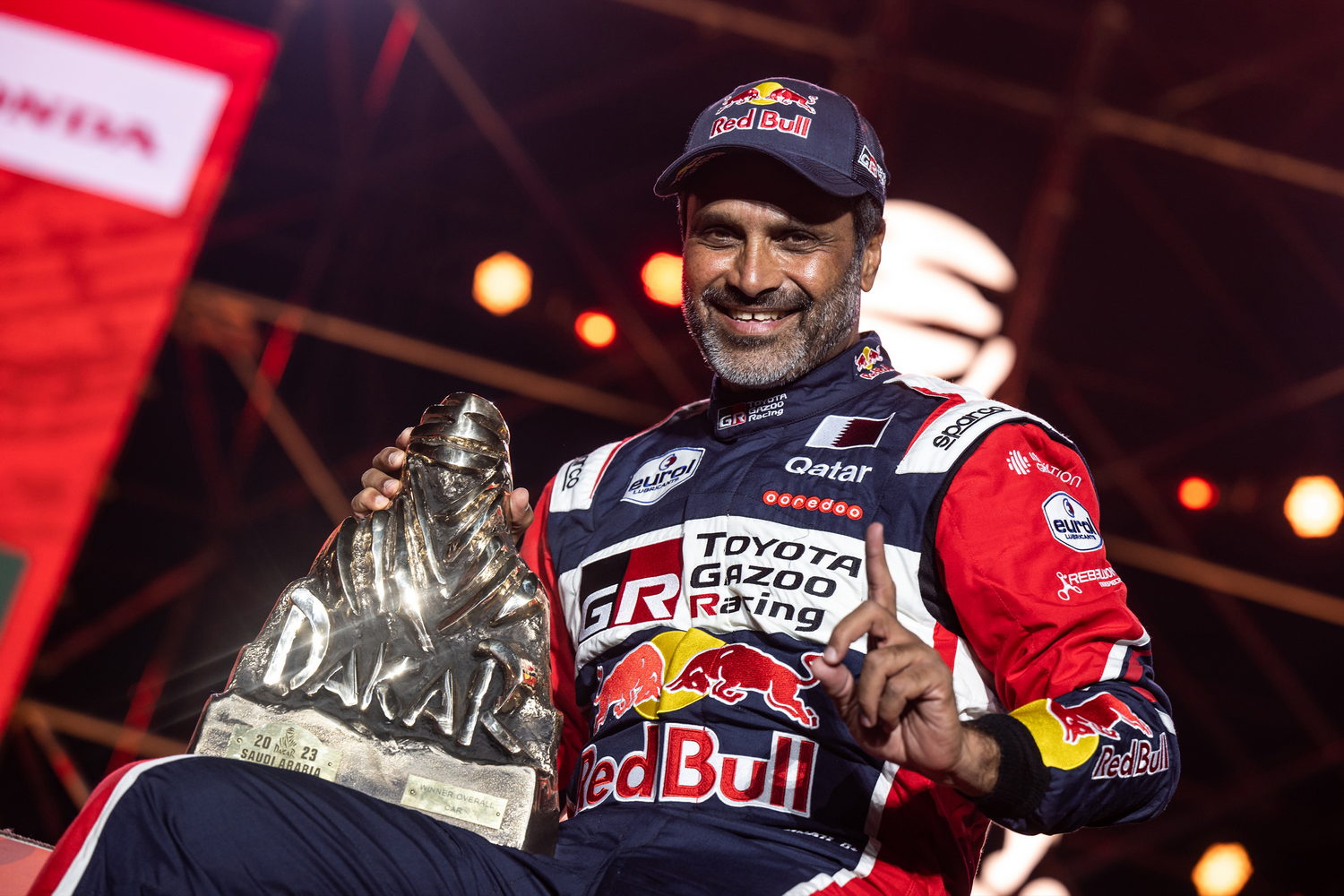 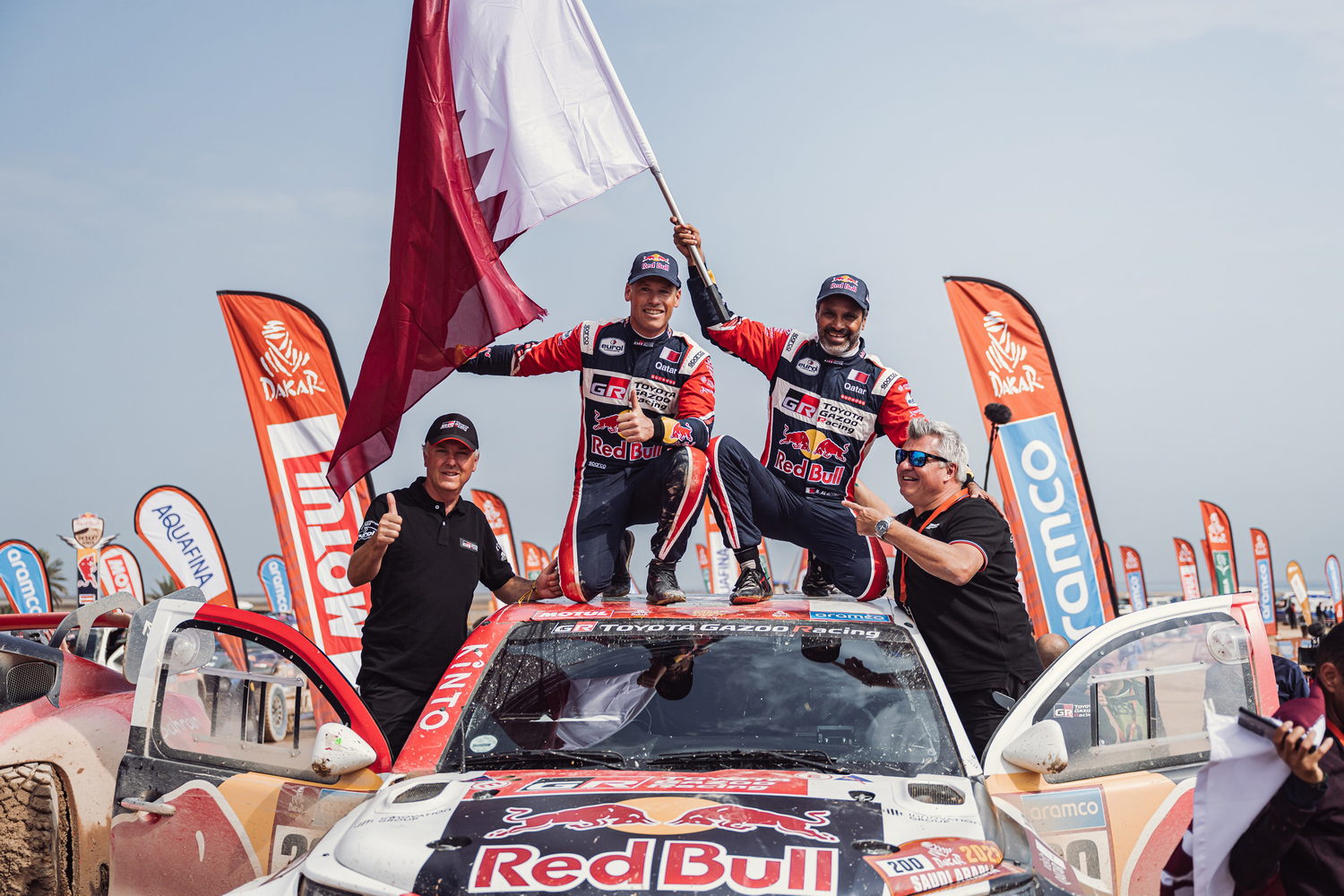 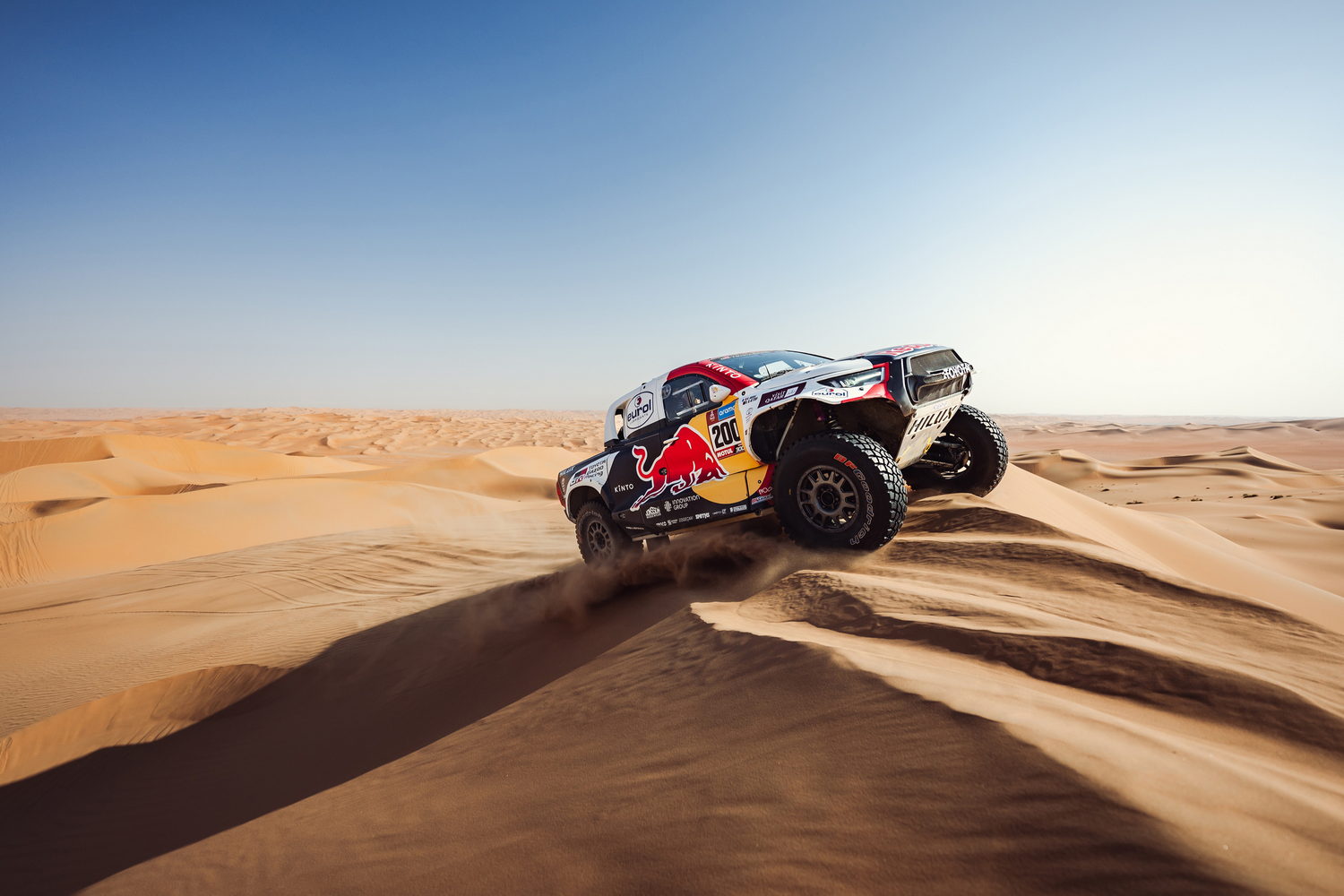 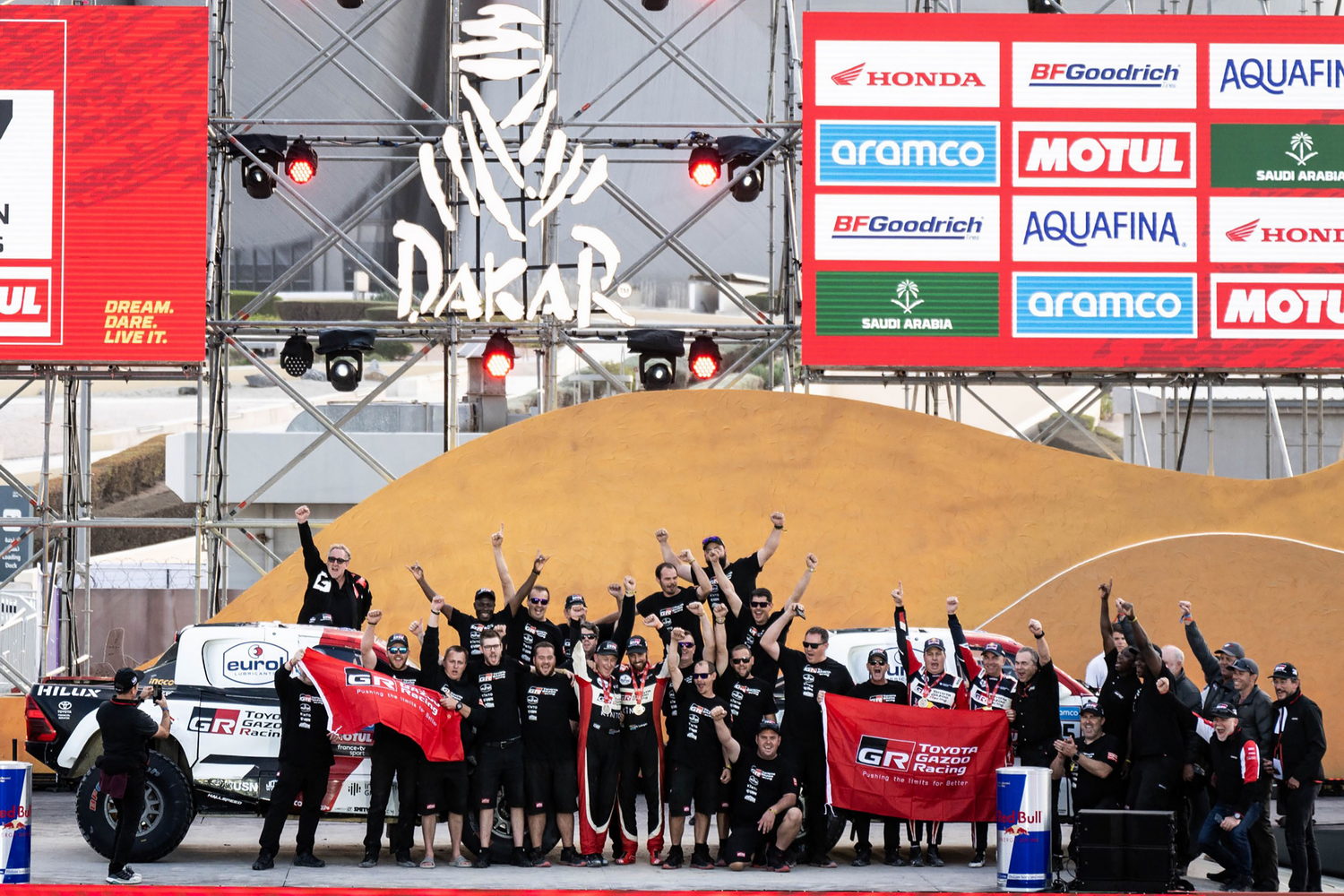 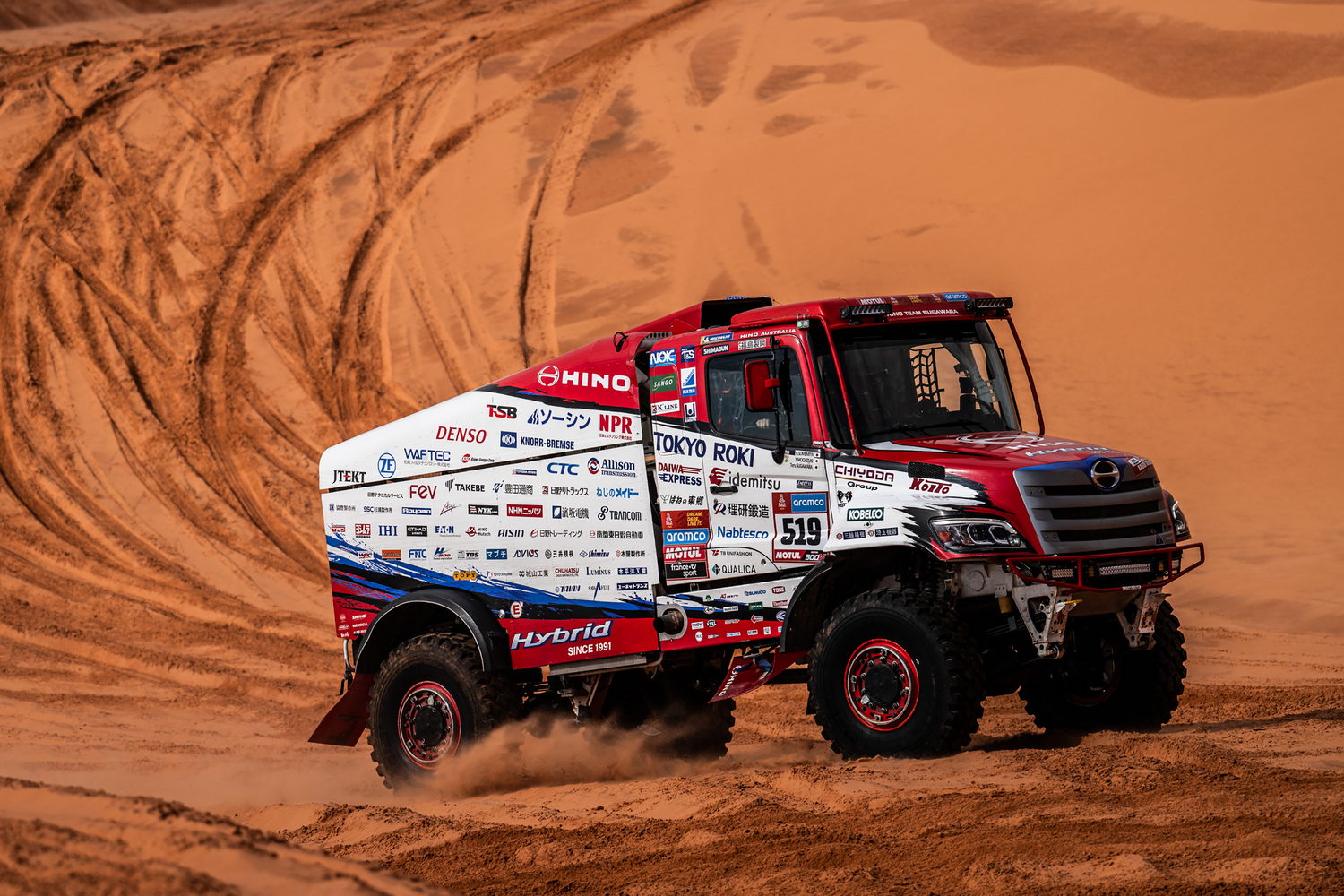 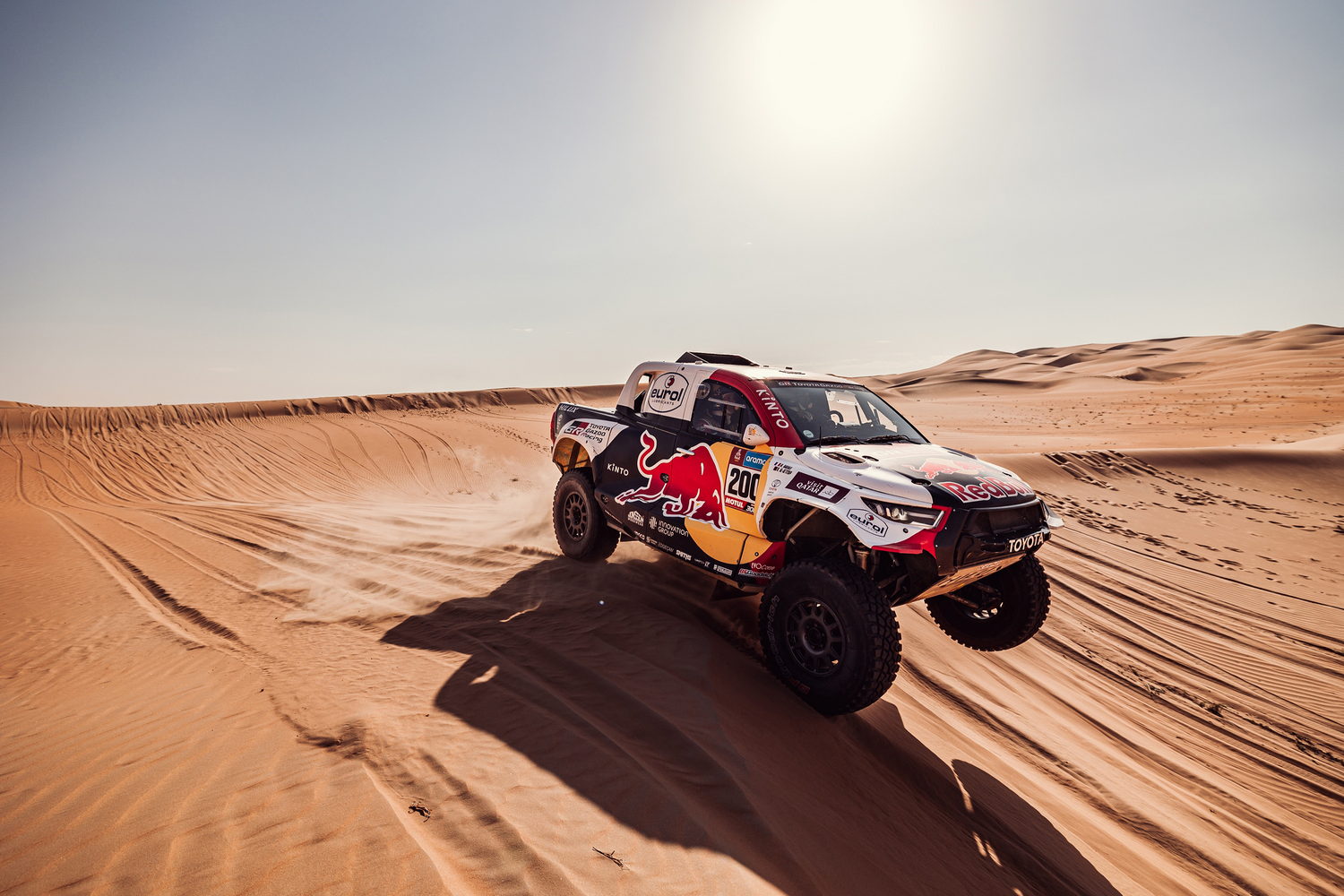 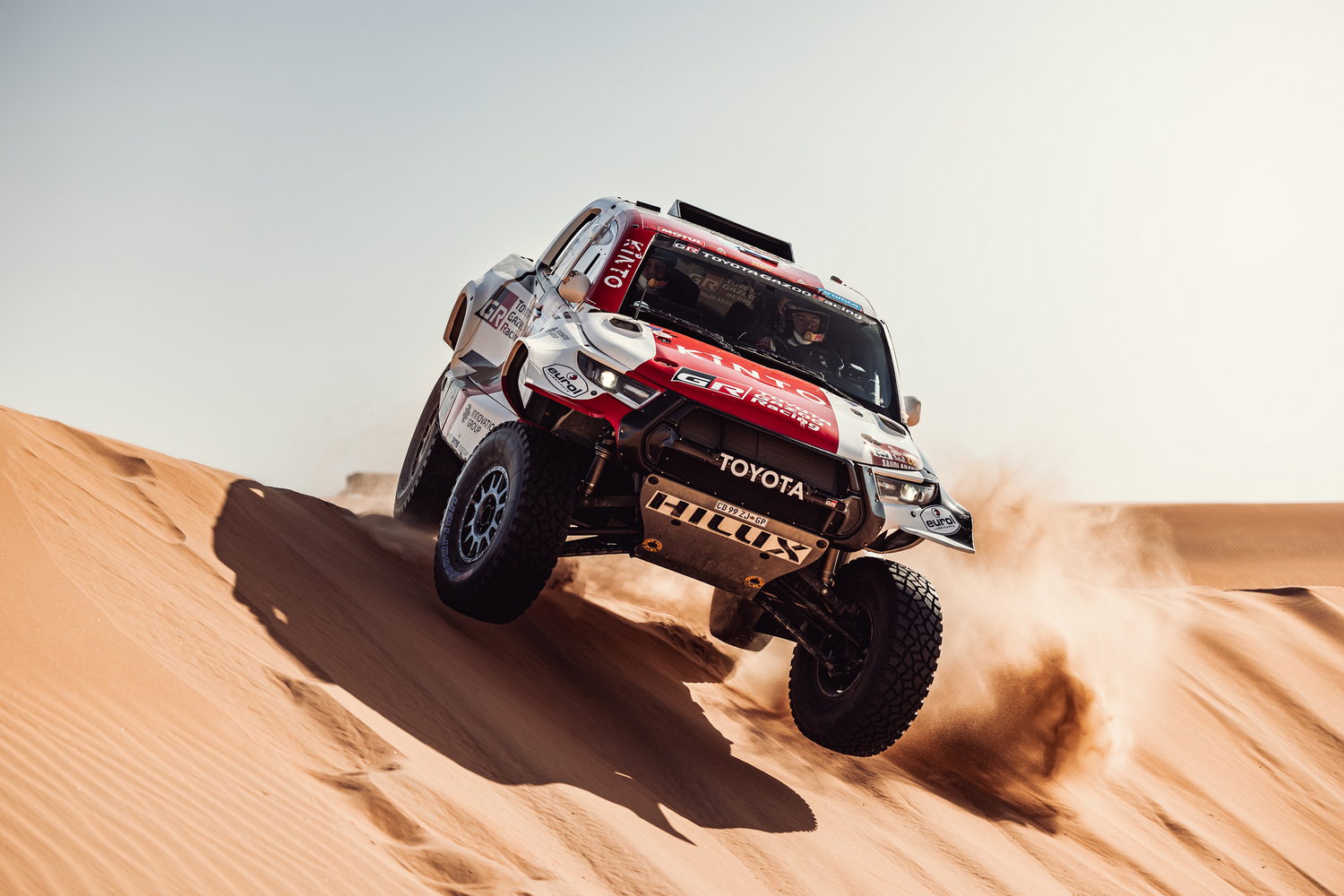 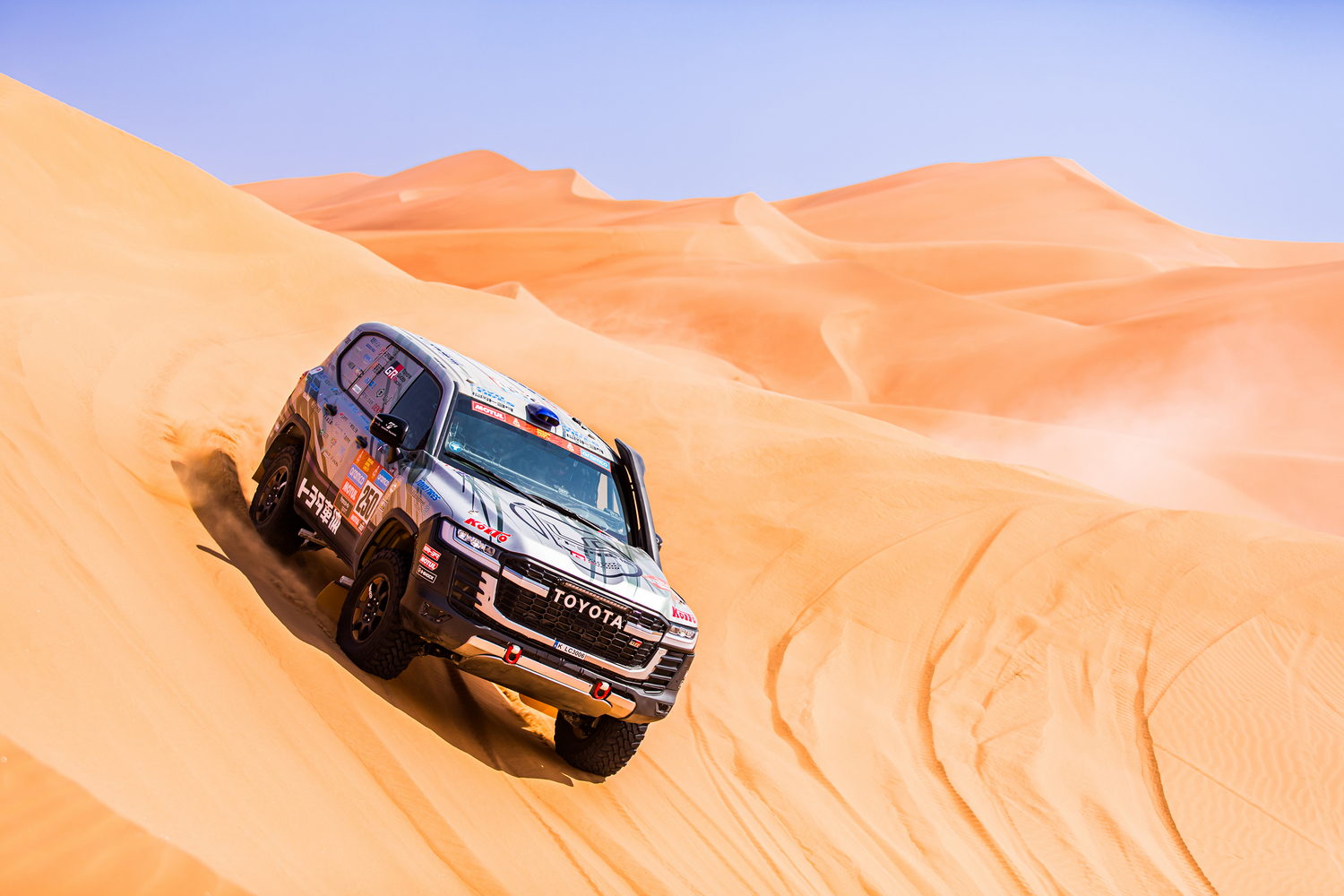 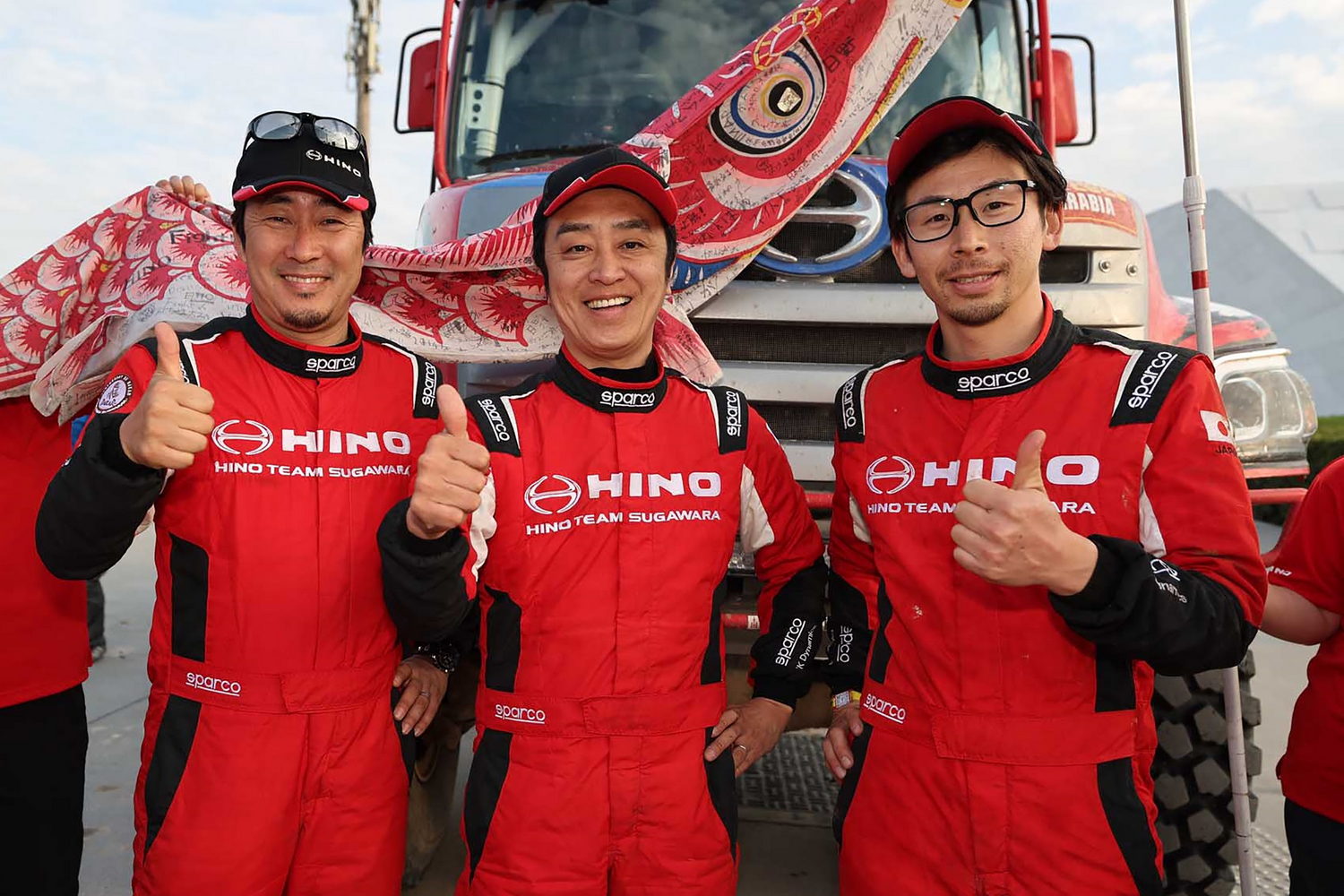 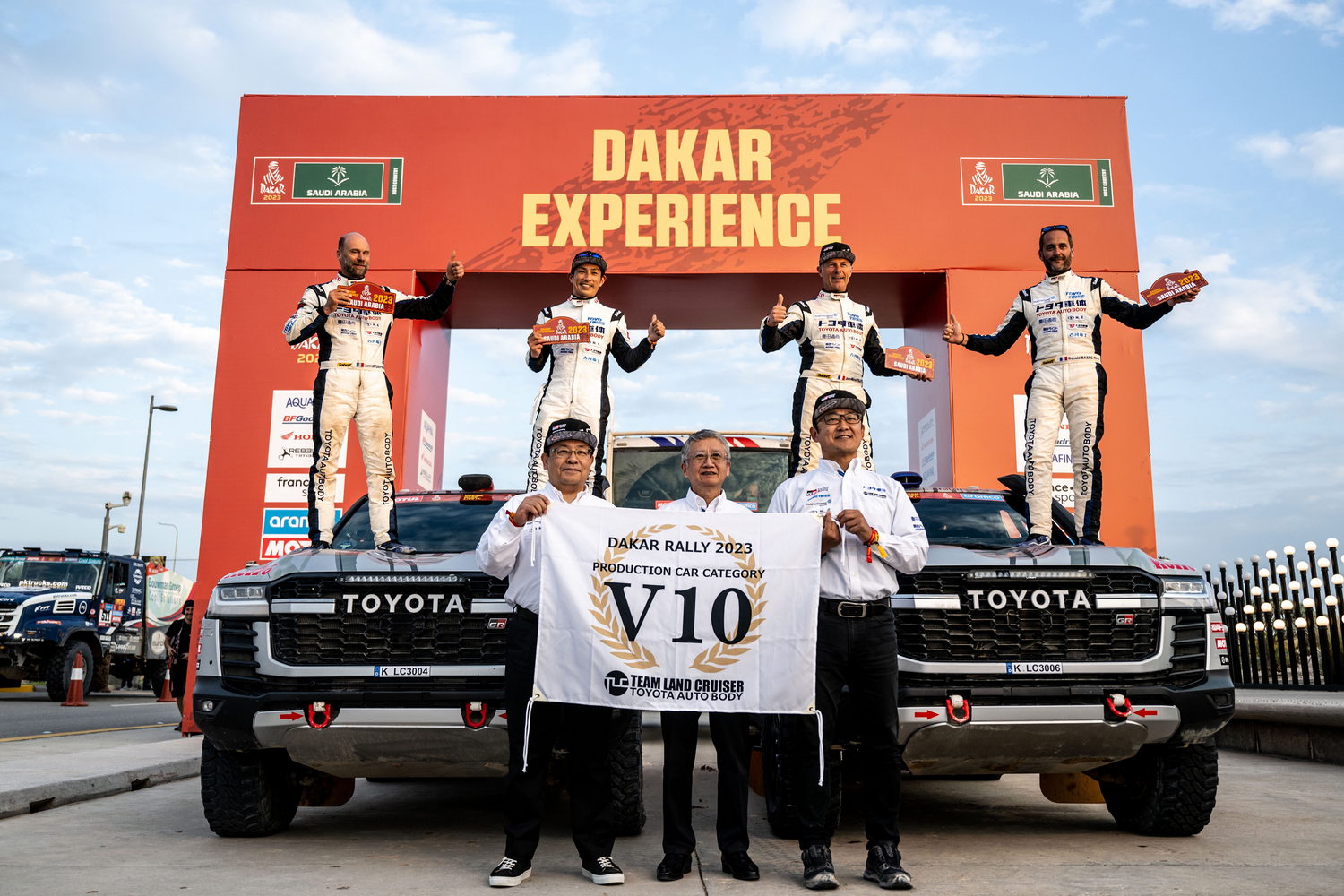 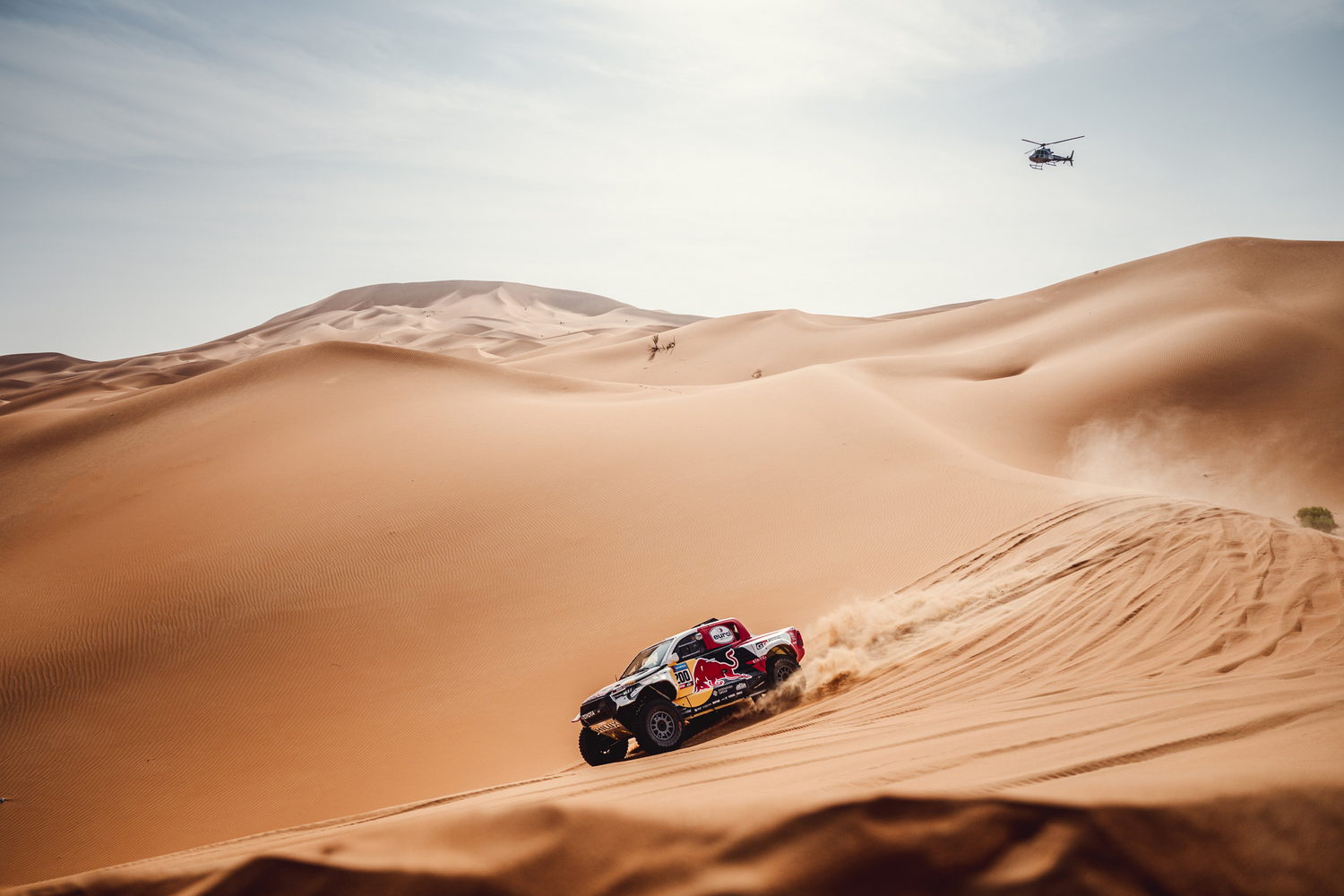 Second win on the bounce for Toyota in the gruelling desert rally.

Toyota has won its second consecutive Dakar Rally, as Qatar's Nasser Al-Attiyah and his French co-driver, Mathieu Baumel brought home a successful defence of the title they won last year.

Victory margin of more than an hour

The pairing took an impressive victory in their Gazoo Racing DKR Hilux T1+ racing pickup, notching up a victory margin of more than one hour and 20 minutes, even though they lost a full five minutes in the final stage of the event.

That final stage brought the cars home to the coastal city of Dammam in Saudi Arabia, following a last day that saw competitors take on a 136km-long test starting from the bivouac at Al-Hofuf. The racers had to complete a short liaison of 167km before taking on Stage 14, which was then followed by a final liaison of 100km to the finish podium.

Traditionally the Dakar Rally was known as the Paris-Dakar, and ran between those two cities in a race across Europe and Africa, but in recent years political turmoil in western Africa has seen the event move across the world to South America and more recently to Arabia.

For Nasser - who's rapidly building a reputation as one of the world's best off-road racers - this was his fifth win in the Dakar Rally, while Mathieu's tally is now four victories. The pair have won three times for Toyota, with the latest victories coming in a back-to-back display of quality, durability and reliability for the Japanese manufacturer. The pair took over the lead of the event on Stage 3, and never relinquished that position.

Toyota's other teams finished strongly too, with Giniel de Villiers and Dennis Murphy coming home in fourth place, and Henk Lategan and Brett Cummings in fifth. In total, four of the five first places home were taken by Toyota Hilux pickups, underlining the model's reputation for ruggedness. A privately entered Toyota Hilux T1+ in the hands of the young Brazilian, Lucas Moraes, added to the Japanese manufacturer's tally, by finishing in third place overall.

In terms of the 2023 World Rally-Raid Championship, of which the Dakar Rally was the opening round, Nasser and Mathieu amassed a total of 85 points. This means they trail the leaders by just two points after Round 1 of the five-round championship. Toyota is in 2nd place in the Manufacturers' championship, just a single point behind the leaders. The next race is the Abu Dhabi Desert Challenge, which takes place during the last week of February.

Akio Toyoda, President and CEO of Toyota Motor Corporation said: "Three GR DKR Hilux T1+ of Toyota Gazoo Racing, two from Team Land Cruiser Toyota Auto Body and Hino Team Sugawara's Hino 600 all completed the 16-day Dakar Rally. Congratulations to all six teams on the tough 8,500km road. Thank you to all the fans for your support. Congratulations to Nasser Al-Attiyah and Mathieu Baumel on winning the overall title for the second year in a row. This following their victory in the first ever World Rally-Raid Championship late in 2022, which was itself an amazing achievement. By continuing to challenge the Dakar, the GR Dakar Hilux T1+ will be refined into an ever-better car."