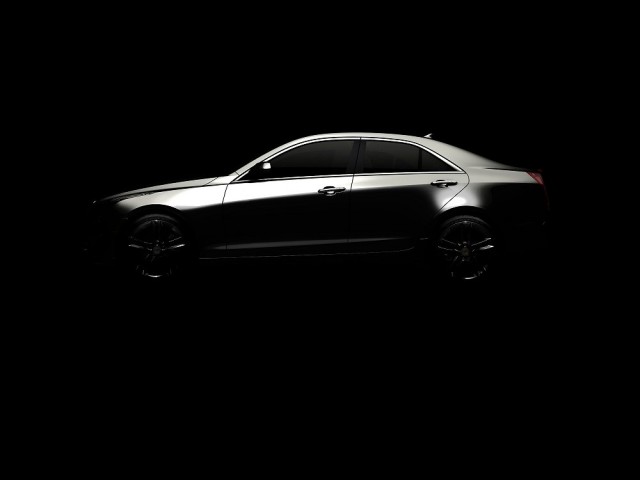 This single teaser shot of an all-new compact Cadillac saloon has been released by General Motors, suggesting that it's ready to take another stab at the premium saloon market dominated by the BMW 3 Series, Audi A4 and Mercedes-Benz C-Class.

The new car, currently codenamed ATS, will launch in America in 2012 and it's highly likely it will spearhead a campaign to garner more customers in Europe - possibly even Ireland. Cadillac has confirmed that it will feature rear-wheel drive - unlike its predecessor, the Saab-based BLS saloon, which was not popular in this part of the world.

Before the ATS saloon comes to market Cadillac will launch its range-topping XTS luxury saloon. It's essentially the production version of the XTS Platinum Concept shown at the 2010 Detroit Auto Show. It's expected to feature fuel-saving technology such as cylinder deactivation and possibly even eAssist, GM's 'light electrification' (i.e. hybrid) technology.

General Motors is investing over $300 million (€217 million) in production facilities for these cars in the US, creating or safeguarding 1,000 jobs in the process.

"The Cadillac Renaissance that started with the CTS is still going strong," General Motors North America President Mark Reuss said. "The XTS continues Cadillac's heritage as the leader in large luxury cars while the car we've codenamed ATS starts a new chapter for Cadillac in the luxury market's C-segment. We're confident it will attract luxury car buyers who previously would not have considered Cadillac."

Cadillac's European arm hopes to have a surprise concept to reveal alongside the showcase of its CTS-V Sport Wagon at next month's Frankfurt Motor Show, though its presence has yet to be confirmed.