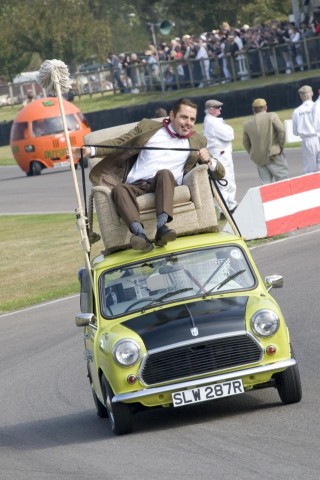 Mr Bean himself has been hurt when he crashed his McLaren F1 in England.

Mr Bean and Blackadder star Rowan Atkinson has suffered a shoulder injury after being involved in an accident in his McLaren F1 supercar.

Atkinson, a renowned fan of automotive exotica, is believed to have been injured after his car hit a tree and a lamp post on the A605 near Peterborough in England at around 7.30pm last night (Wednesday August 4). He is reported to have walked away from the car and was looked after by another motorist before an ambulance arrived.