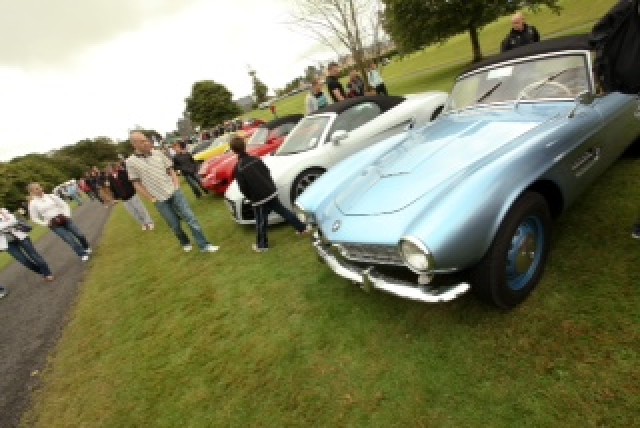 The first ever Irish Festival of Speed at Adare Manor proved to be a huge success.

Ireland's inaugural Festival of Speed has been a huge success as several thousand visitors attended to see a wide variety of classic and high performance cars on track.

Held at Adare Manor last Sunday (July 31), the Festival of Speed saw everything from Formula One cars to a vintage MG PB that won the 1936 Limerick Round the Houses Grand Prix.

On hand to lend the event their support were some of the biggest names in Irish motorsport's history, including Paddy Hopkirk, Rosemary Smith, Alec Poole and Eugene Donnelly. At the Festival, Rosemary Smith was presented the Dunraven Trophy for the first ever Irish Festival of Speed Lifetime Achievement Award.

Run with immaculate timing by the Limerick Motor Club, the overall winner of the on-track action was Leo Nulty in his MG Midget and he was awarded a TAG Heuer watch for his efforts.