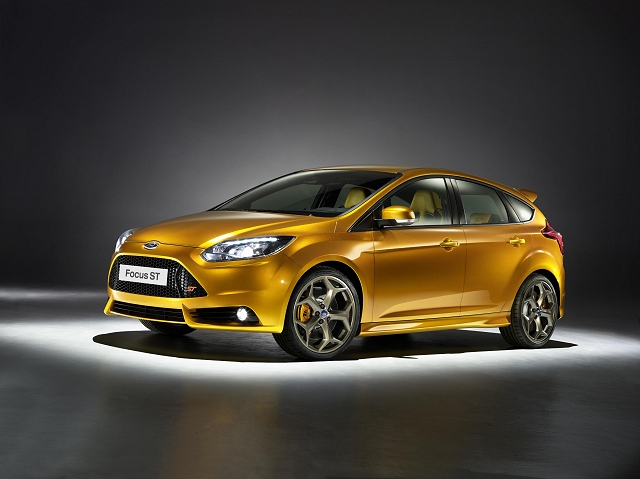 Ford will give the Focus ST its world debut in Frankfurt next month.

The all-new Ford Focus ST will make its debut in production form at the Frankfurt motor show in September.

Ford has confirmed that the car will be the star of its stand, but there will also be a concept car on show that the company says gives a glimpse of its future. Stephen Odell, chairman and CEO, Ford of Europe, said: "Ford plans to make a strong statement at the Frankfurt Motor Show, with several very exciting global product reveals and our significantly expanded show stand. We're excited to be showing customers our best-ever vehicle line-up and a special glimpse of the future."

The new Focus ST has a 2.0-litre four-cylinder turbocharged engine, doing away with the previous model's five-cylinder lump. It has 250hp and drives through a six-speed manual gearbox, and it's thought Ford will not offer a double-clutch transmission for the ST. However, an estate version is likely to sit alongside the five-door model.