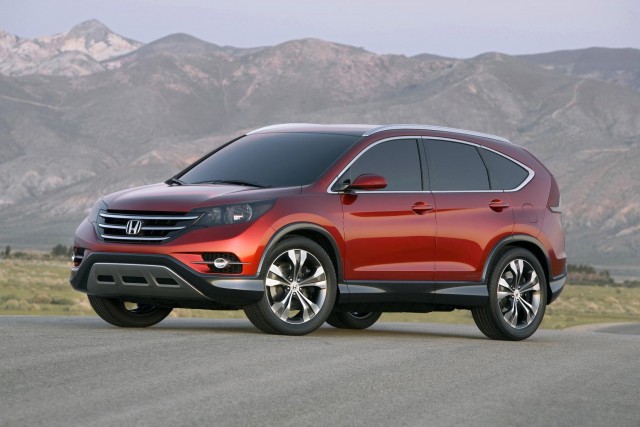 Next year's Honda CR-V SUV will be smoother than ever.

Honda has revealed the first image of the CR-V concept, described as 'a glimpse at the styling direction' for the next generation.  The fourth version of the CR-V will go on sale in the US later this year and the first cars will reach Europe in autumn 2012.

As well as a new grille and headlamps, the front valance has been styled to resemble a sump guard. At the rear the previous car's vertical tail lamps have been retained but they've been wrapped further into the body.

No details have been released about the engine range but Honda says the line-up will be more efficient then the current selection. A similar mix of four-cylinder petrol and diesel units are expected.

The CR-V Concept will make its first public appearance at the Orange County International Auto Show in Anaheim, California this September.