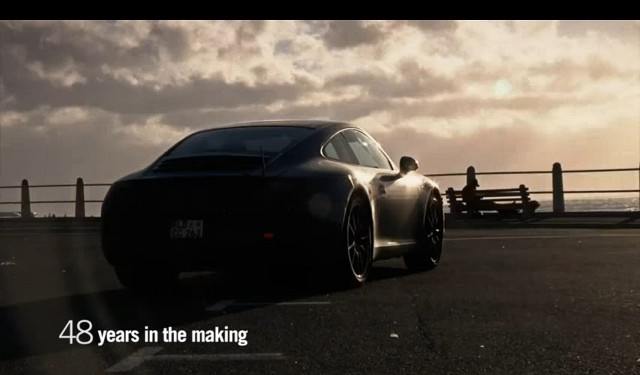 We'll have to wait until the Frankfurt motor show for the full facts on the next Porsche 911, but in the meantime the German firm has released a video to tease us.

The video shows the barely disguised new 911 during hot weather testing in South Africa. On closed roads, the engine is allowed its head and the PDK double-clutch gearbox serves up instant gear changes.

In the video, Coupé and Targa models are shown and both feature large air intakes just ahead of the rear wheels on the arches. It's also possible to see the new 911 will have a Panamera-style centre console.

Porsche will reveal full details of the new 911 at the Frankfurt show and it then goes on sale in 2012.