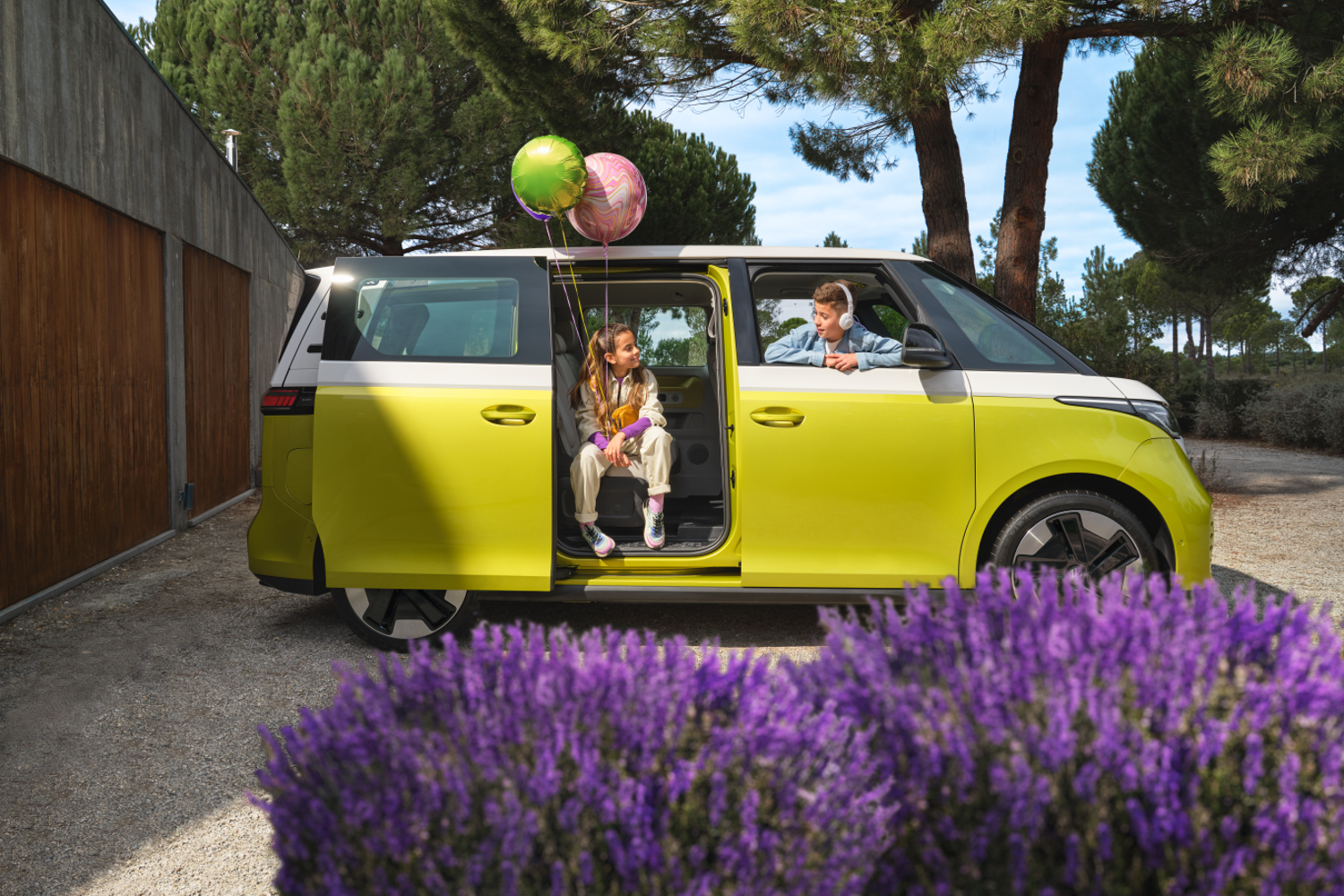 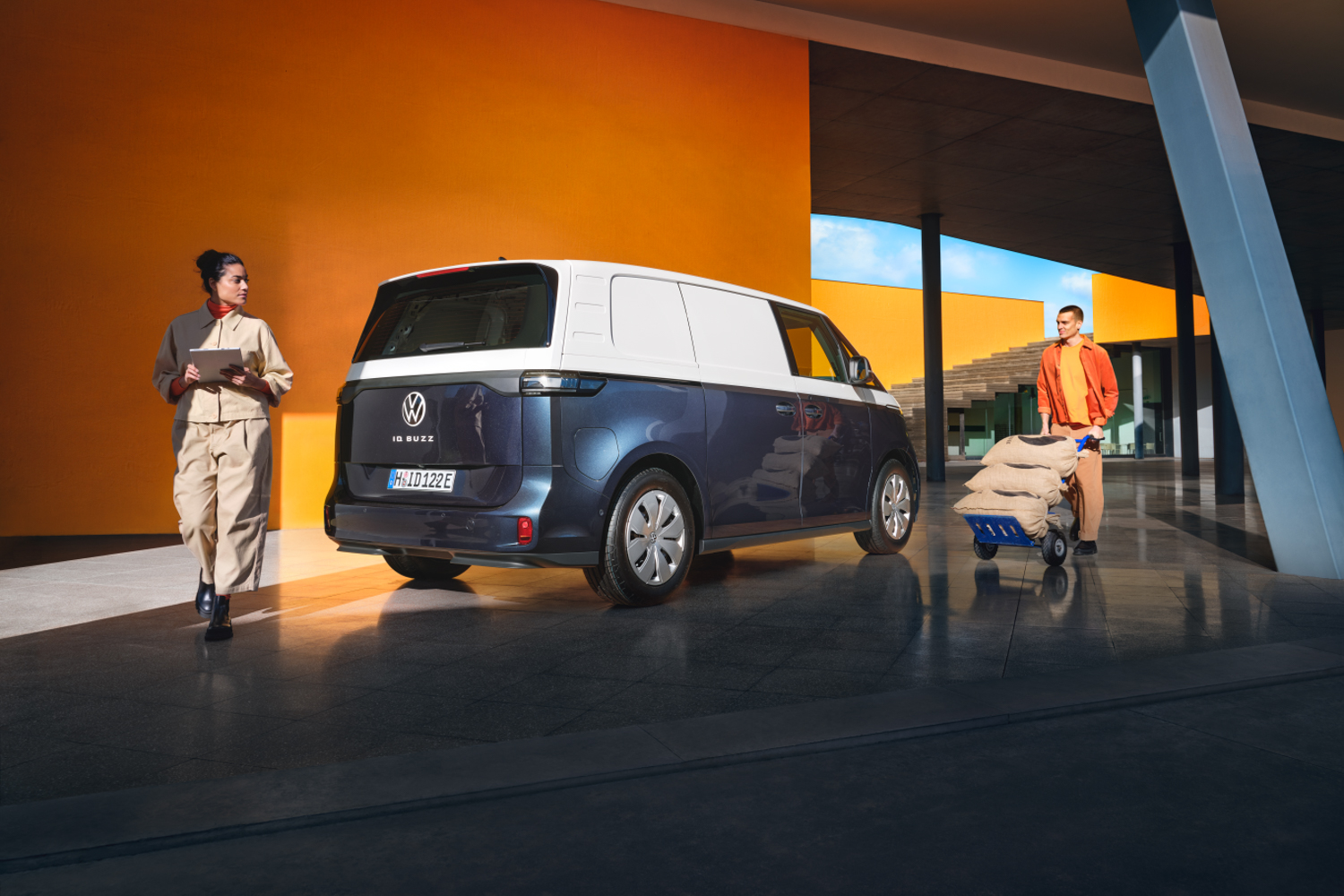 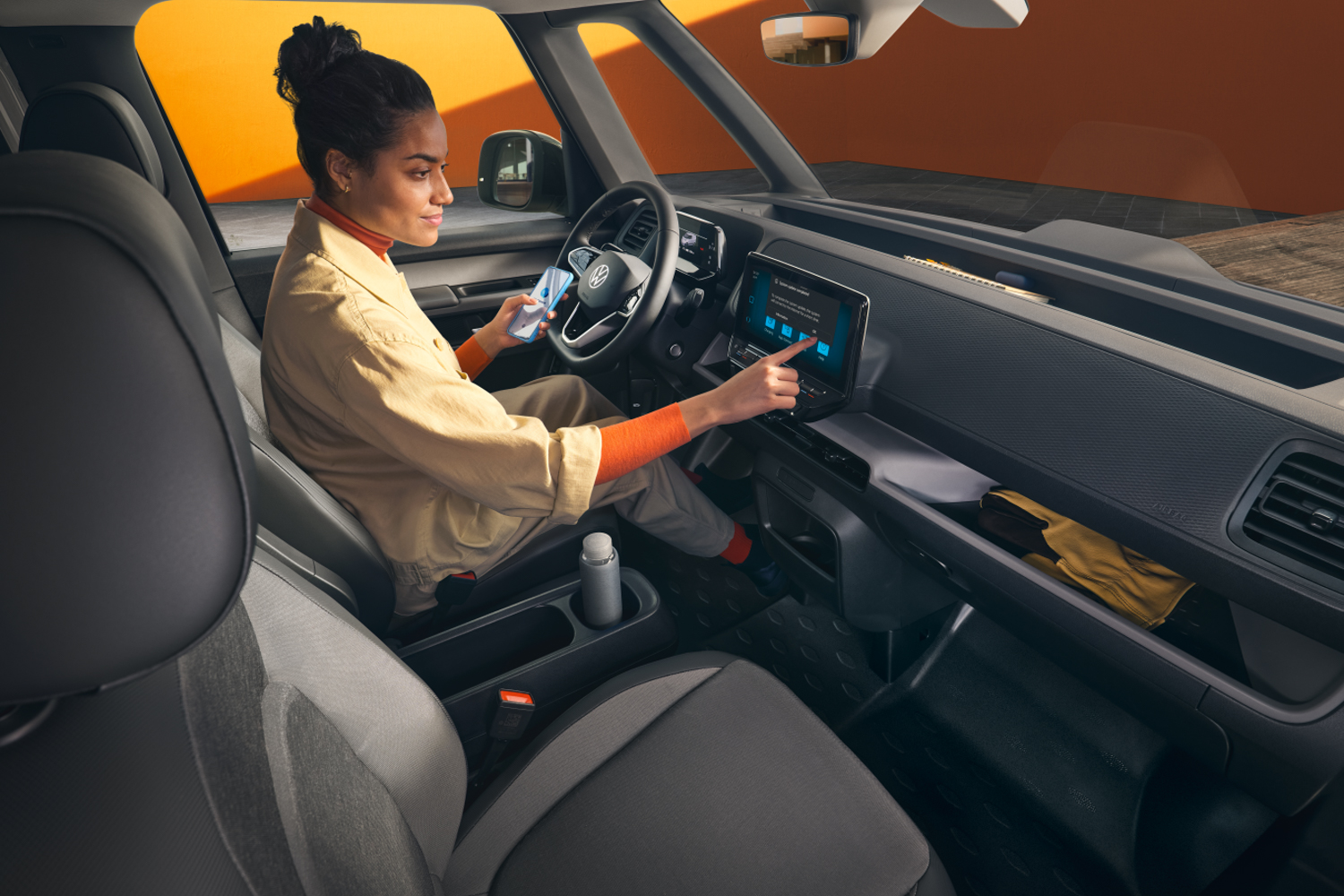 Starting price of €65,890 in Ireland for the new electric Volkswagen ID.Buzz.

The long-awaited Volkswagen ID.Buzz has finally gone on sale in Ireland, with a starting price of €65,890. That's pretty steep, considering that the Buzz platform shares with the much cheaper ID.3 hatchback (which starts from €44,993 if you go for the same size battery as the Buzz), but it's likely that few buyers will care - the car's sheer fashionability will get it over the line.

All ID.Buzz models use the same MEB electric car chassis as VW's other EV offerings (the ID.3, ID.4, and ID.5), and all will be powered by the same 204hp, 310Nm electric motor driving the rear wheels.

The car's styling very clearly harks back to the classic 'Bulli' Type 2 split-screen VW van models of the 1950s, and there is a Buzz Cargo van version too, with prices starting from €41,548 if you can manage with just the two seats...

Using the same 77kWh battery as the ID.4, Volkswagen claims a one-charge range of up to 420km for the Buzz, which is about 100km less than you'll get from an equivalent ID.4 and which is likely thanks to the Buzz's less aerodynamic shape. That retro look comes at a cost.

It will charge pretty quickly, though - up to 11kW from an AC charger or up to 170kW if you can find a suitably powerful DC charging point. For now, the Buzz will come strictly as a five-seater, but a seven-seat version is known to be in the works. With five people on board, the Buzz's luggage bay is massive - 1,121 litres, and that expands to a huge 2,205 litres if you fold down the back seats.

In the Irish market, the Buzz will come in four trim levels - Life, Family, Tech and Max. Life models, starting at €65,890 (and therefore not qualifying for the €5,000 VRT rebate), will come with LED headlights, a heated windscreen, the 'Buzz Box' removable storage box, and Discover Pro navigation and infotainment with a ten-inch colour touchscreen, and wireless phone charging. Standard App Connect will also be fitted, meaning that you can keep an eye on your Buzz's health and status through the VW smartphone app and connect your phone to the car via Apple CarPlay or Android Auto.

Family models will start at €70,640; for that, you'll get the 'IQ Light' lighting system, LED Matrix headlights, heated driver and passenger seats, a rear-view camera, and automated parking. Up next is the Tech, priced from €72,055, which comes with 20-inch 'Solna' alloy wheels, a powered tailgate with a hands-free opening, and a 12-inch colour touchscreen. Finally, there's the Max, priced from €75,930, which comes with 21-inch 'Bromber' alloys, 30-colour ambient lighting, 'comfort' seats, and powered sliding side doors.

Inside, quite aside from the massive space on offer, Volkswagen is also touting the Buzz's eco-credentials. It has replaced any leather options with a man-made 'vegan' material, and many of the Buzz's major components - including the battery housings and wheel rims - are made from 'green' aluminium. Even the tyres are made using low-emissions production techniques. VW also claims that thanks to a combination of low-emissions power use at its factories, and some carbon offsetting, each Buzz is effectively carbon-neutral at the point of delivery.

Alan Bateson, Managing Director of Volkswagen Commercial Vehicles Ireland, commented, "The launch of the ID. Buzz and ID. Buzz Cargo has been one of our most successful launches in the brand's history, the interest levels in Ireland to date have been phenomenal which is a true testament to this evolutionary, ground-breaking addition to our range. We're delighted to now be in a position to allow our customers to build this vehicle online using our customer configurator whilst our dealer network are waiting and ready to take orders."