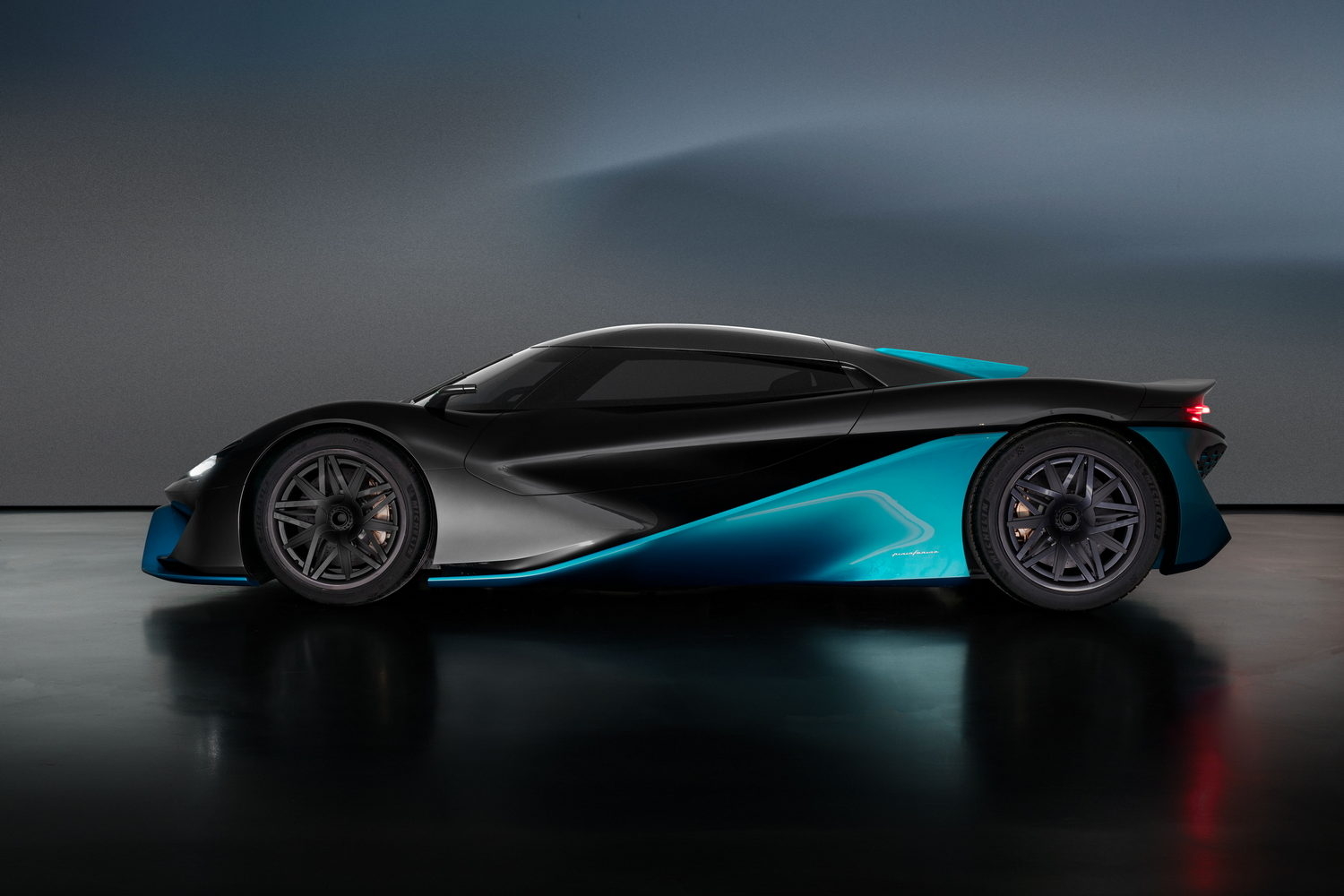 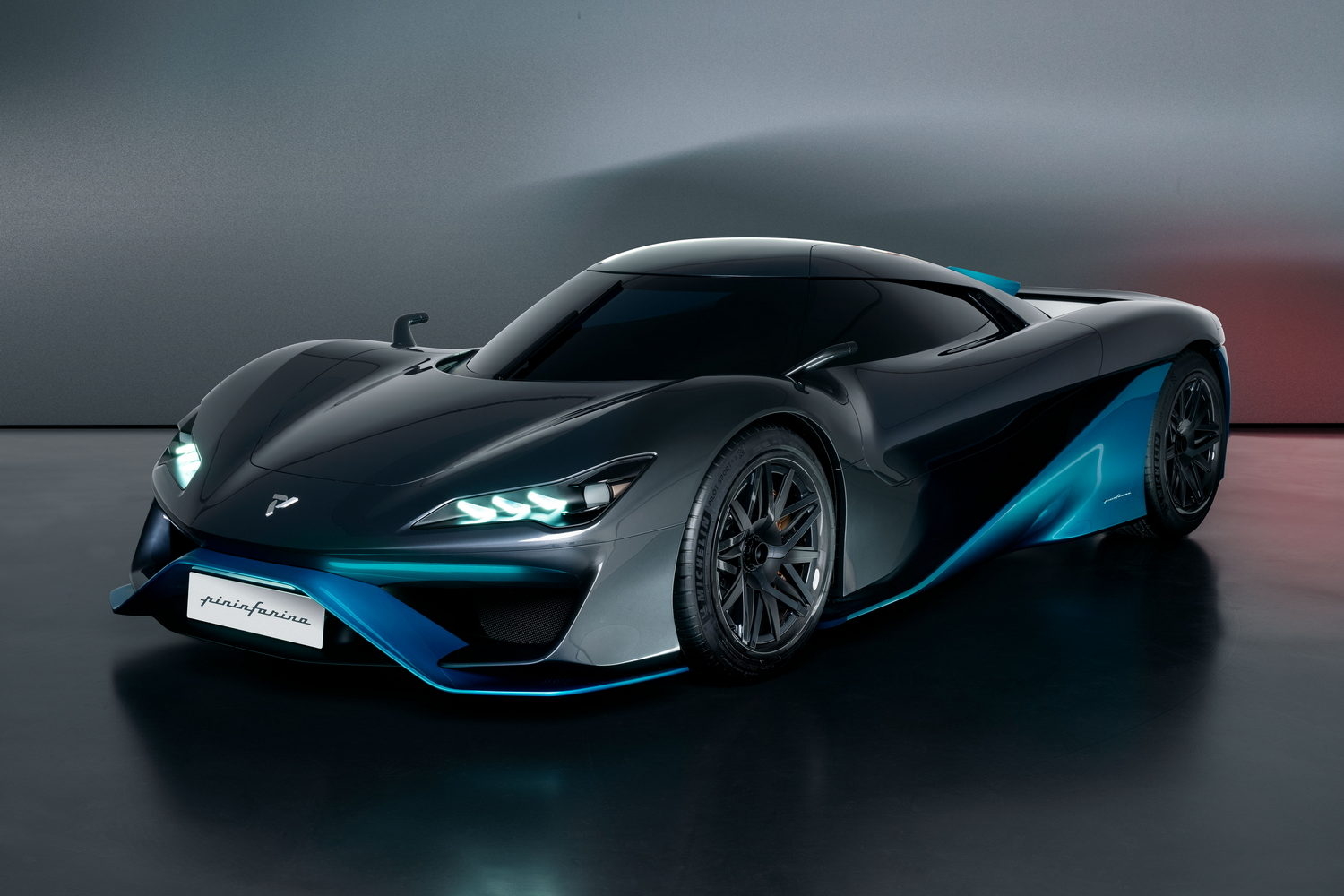 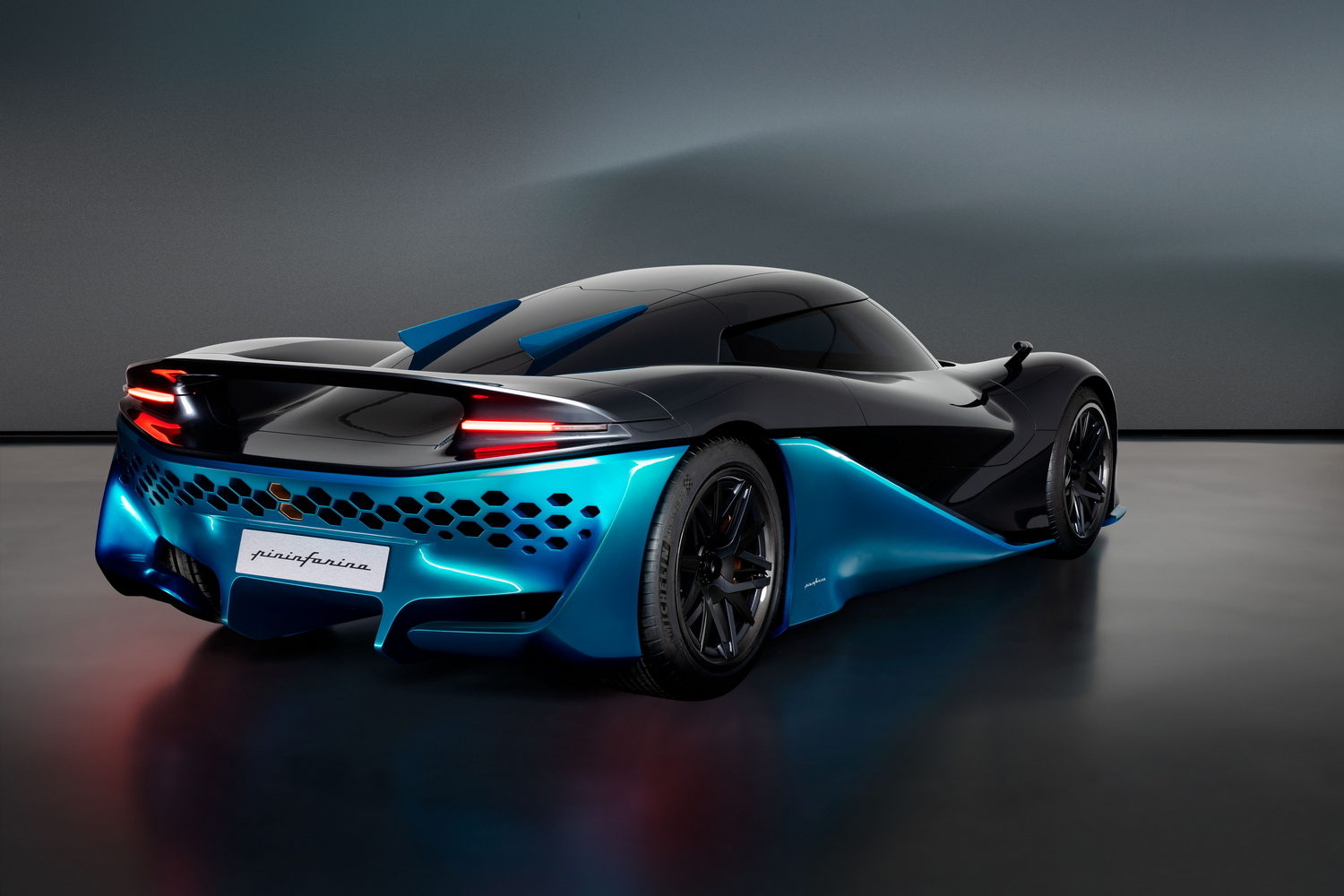 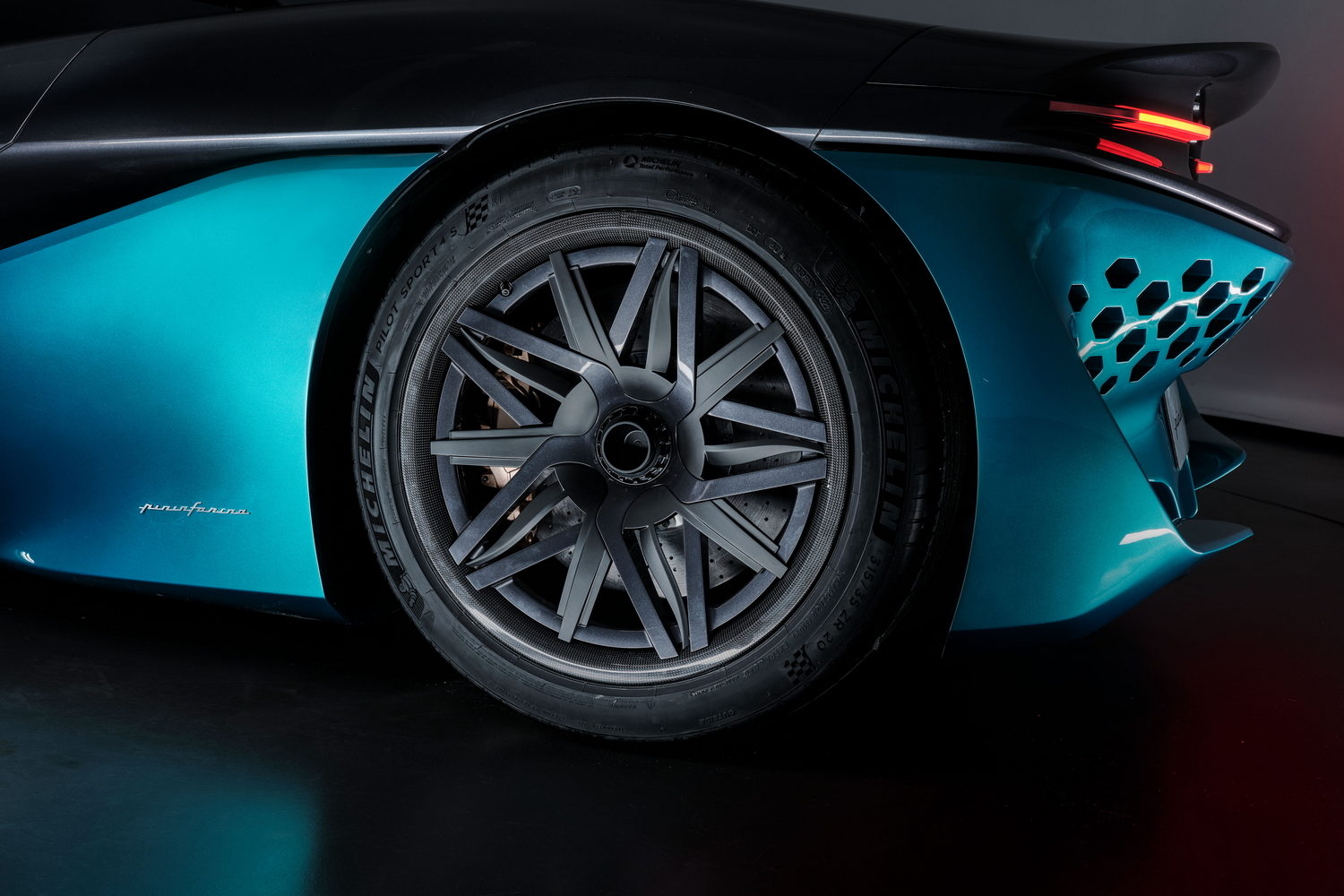 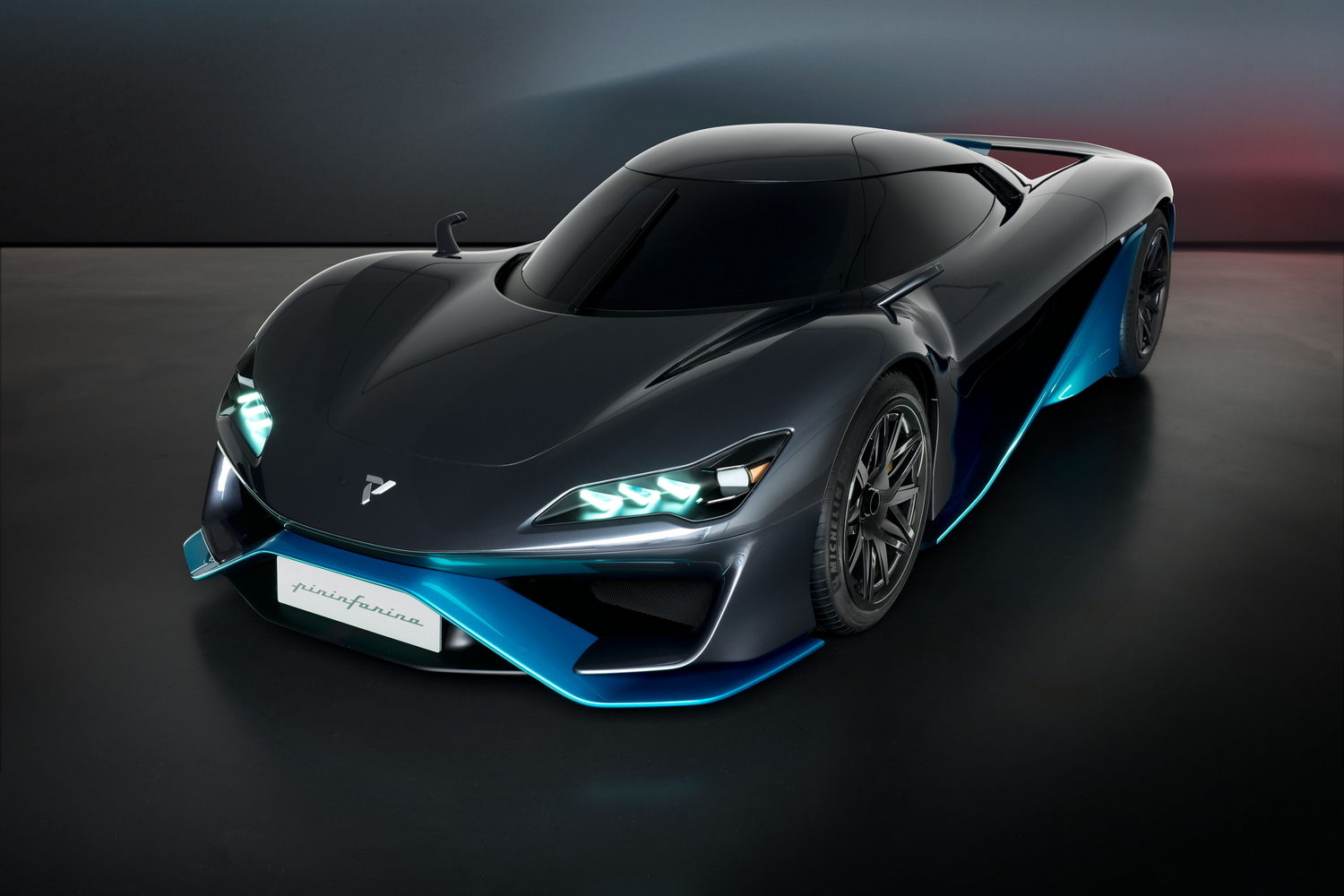 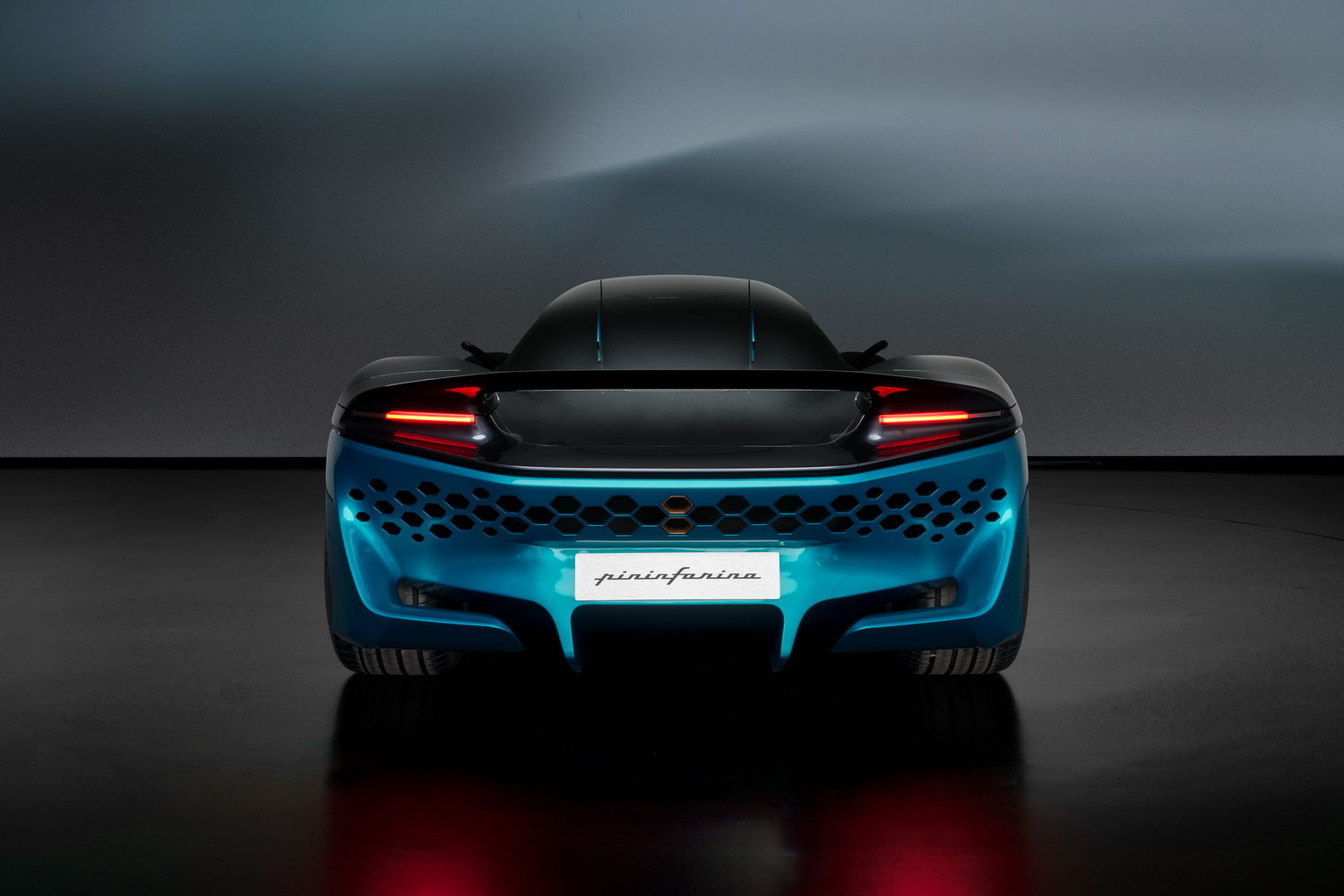 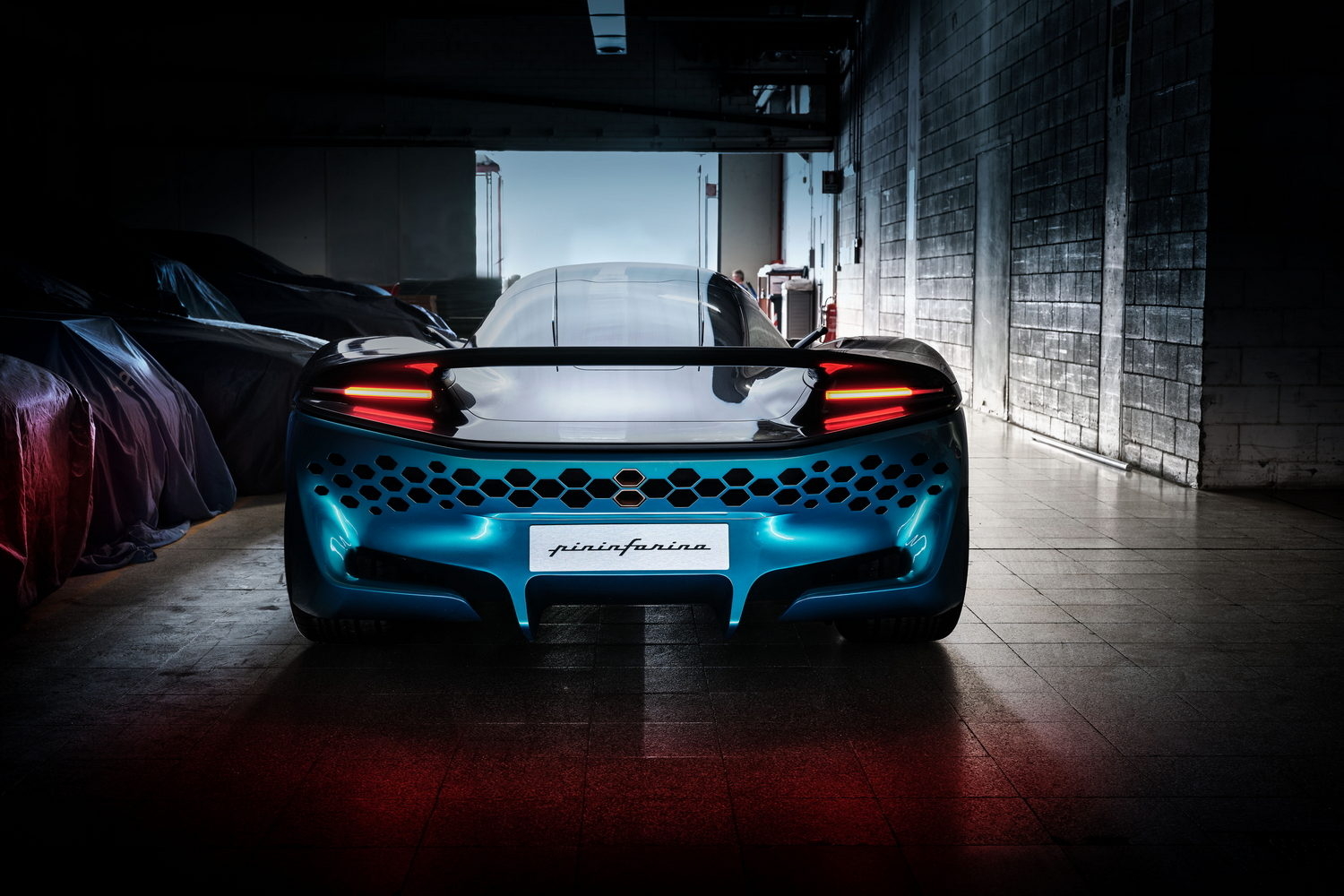 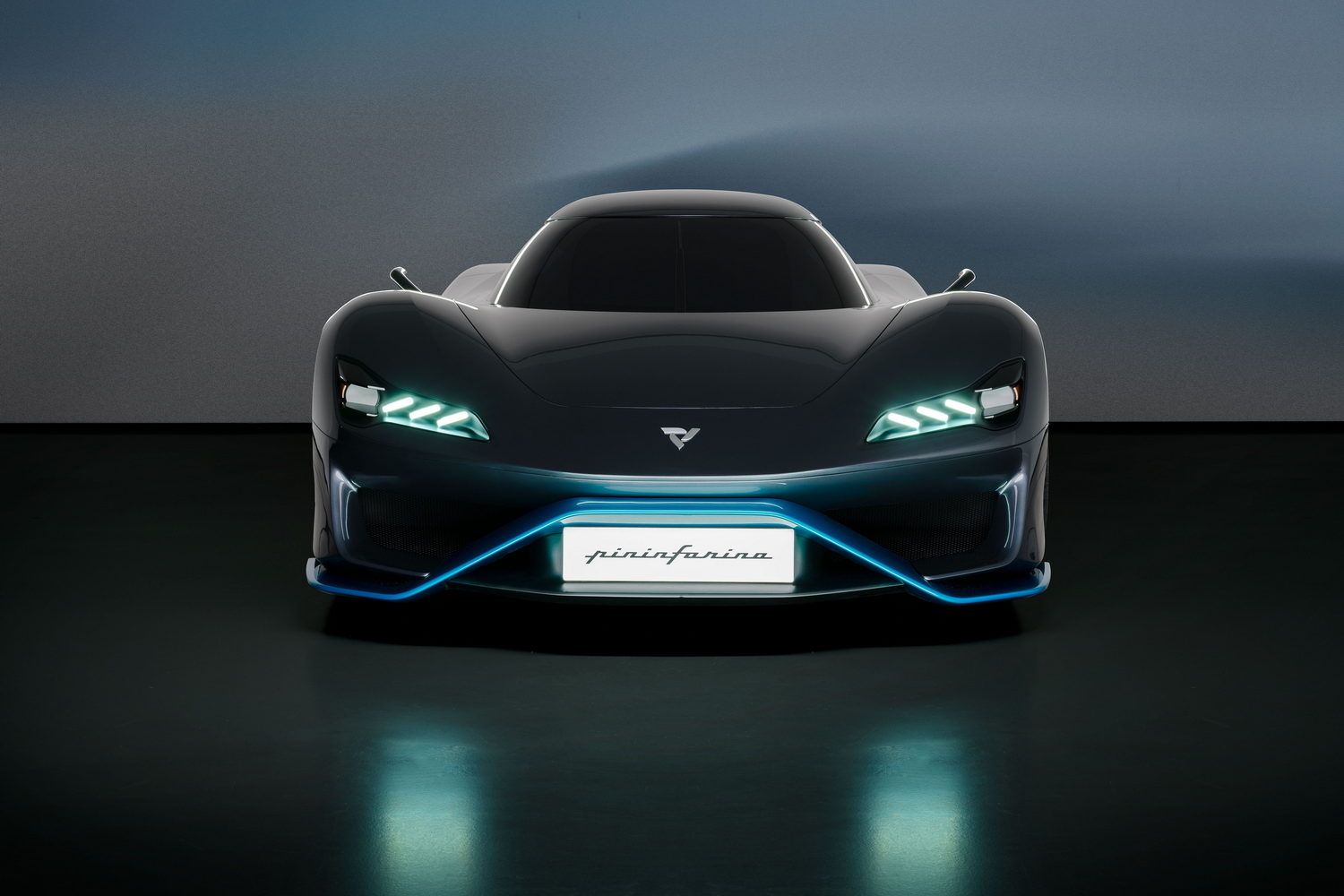 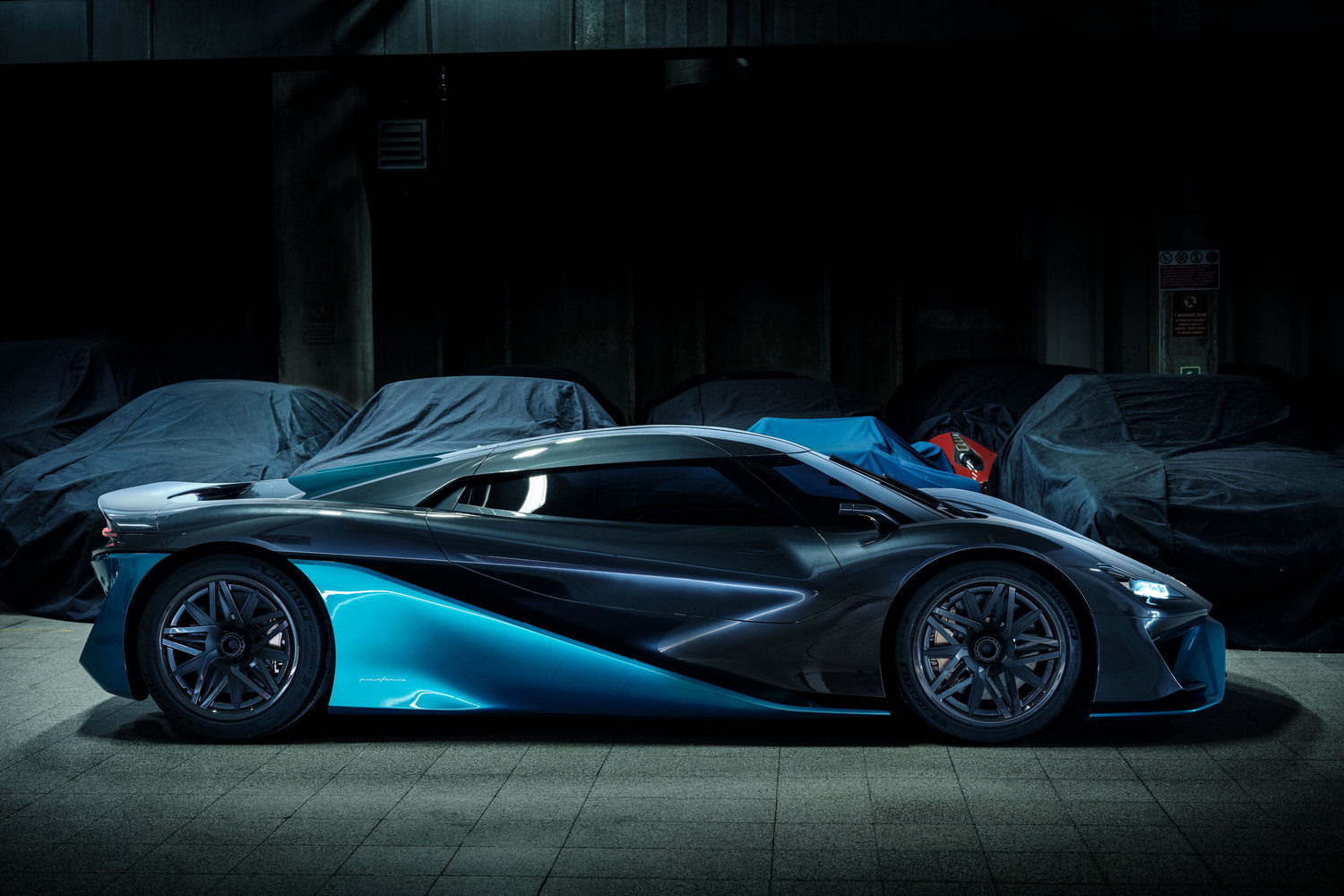 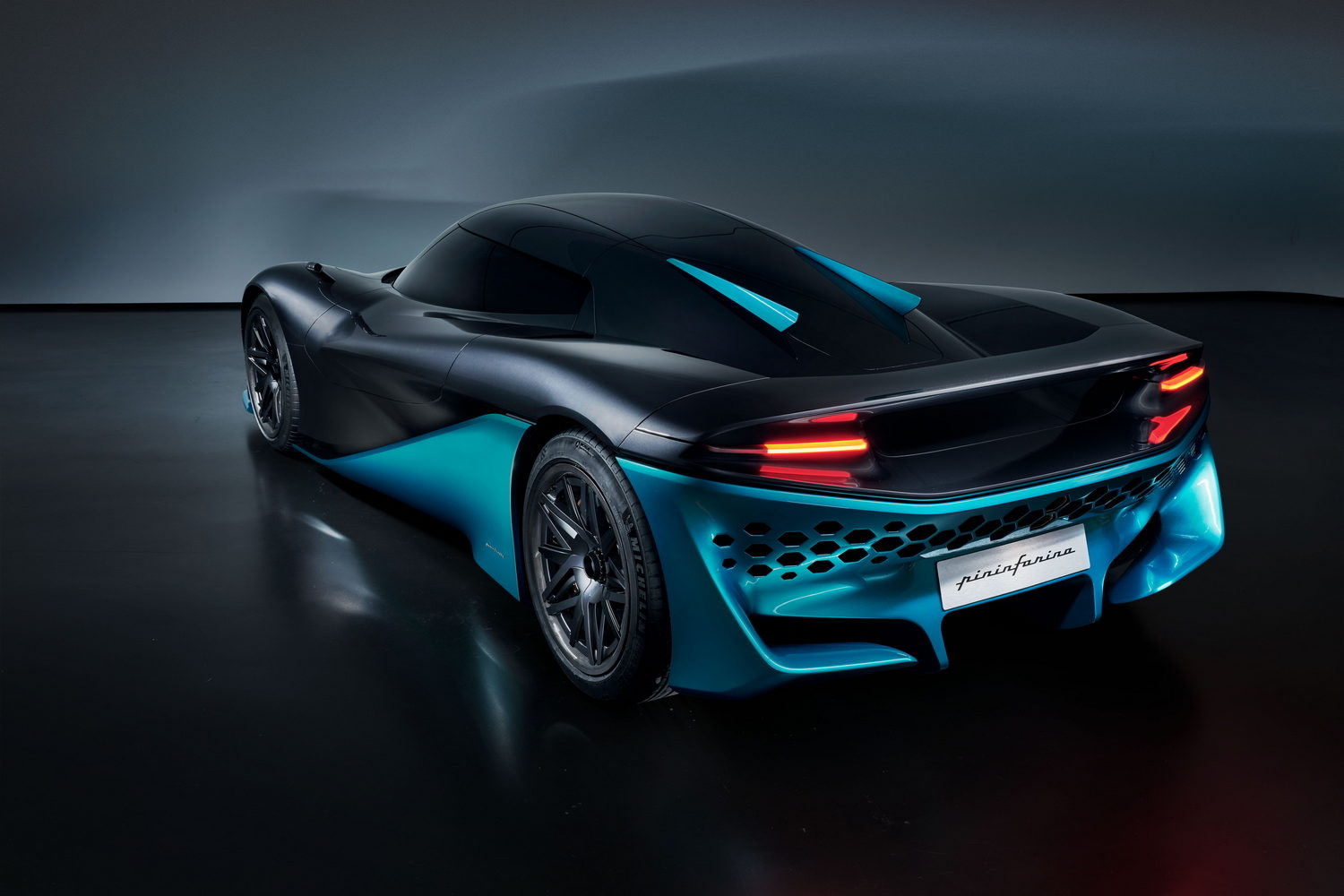 The Viritech Apricale is a hydrogen-fuelled hypercar that arrives in 2024.

Viritech, a British engineering start-up, has unveiled a new hydrogen-powered hypercar, the Apricale, which, it claims, has overcome one of the biggest drawbacks of zero-emissions performance cars - that of excessive weight.

At less than 1,000kg, the Viritech Apricale is the first fuel-cell electric vehicle (FCEV), the company says, to achieve weight parity with its competitors and how it has managed to do that is pretty interesting.

How does the tech work?

In its most basic sense, a hydrogen fuel cell uses a reaction of hydrogen (stored in a tank) and oxygen across an electrochemical cell to produce electricity, as well as some water and heat. In an FCEV, that electricity is used to keep the batteries topped up, meaning that it is driven like an electric vehicle with the (usually heavy) batteries sending energy to the motors that drive the wheels.

Viritech has taken this formula and reworked it with bigger, more powerful fuel cells and smaller batteries, making the Apricale a lot lighter, as its chief technology officer, Matt Faulks explains:

"Hydrogen fuel cells have, until now been used as range extenders for powertrains with batteries at their heart. We've essentially turned that approach on its head, developing a powertrain around a multi-hundred-kilowatt fuel cell system supported by a lightweight but highly efficient battery. This delivers hypercar performance for Apricale, but at less than half the weight of typical BEV [battery-electric] hypercars."

As well as making an improvement in terms of performance, driving dynamics and efficiency, using smaller batteries reduces the amount of rare earth metals such as lithium and cobalt required. These elements are often mined in places such as the Congo at a staggering environmental and human cost meaning that any major reduction in battery size has ethical as well as ecological benefits.

The batteries in this case may be small in capacity (just 6kWh), but they're claimed to be highly efficient, acting as the conduit between the fuel cells and the driving motors and helping to store power from the regenerative braking system that is deployed during hard acceleration or high-performance driving.

Those electric motors are a pair of 400kW units mounted at the front and rear axles. That's enough to give the Apricale more than 1,000hp and, while the company hasn't released any exact performance figures, that power and its sub-1,000kg weight should mean that it's extremely fast indeed. All Viritech has said on the performance front is that the Apricale is geared to reach more than 322km/h.

As well as rethinking the fuel cell powertrain, Viritech has tackled another issue that keeps the weight of FCEVs higher than desirable - the fuel tank. Because hydrogen needs to be stored at pressures of up to 700 bar, tanks need to be extremely strong, which gives them a weight efficiency of around five per cent (e.g. 5kg of hydrogen requires a 100kg storage tank). Viritech has addressed this head-on with a tank made from lightweight composites and a graphene-enabled resin system that allows the tank to form part of the car's monocoque structure. This, the company says, significantly reduces weight and gives the Apricale a range of more than 560km between refills.

Revealed at the Goodwood Festival of Speed in the UK today, the Apricale is a low-slung machine, very much in the generic modern hypercar mould, with its styling based on a design by Viritech and refined by Pininfarina. Viritech is currently in talks with Pininfarina to manufacture a limited production run of just 25 examples at Pininfarina's base in Turin and says that testing of the Apricale will continue throughout 2023 with the first customer deliveries expected to begin in 2024.