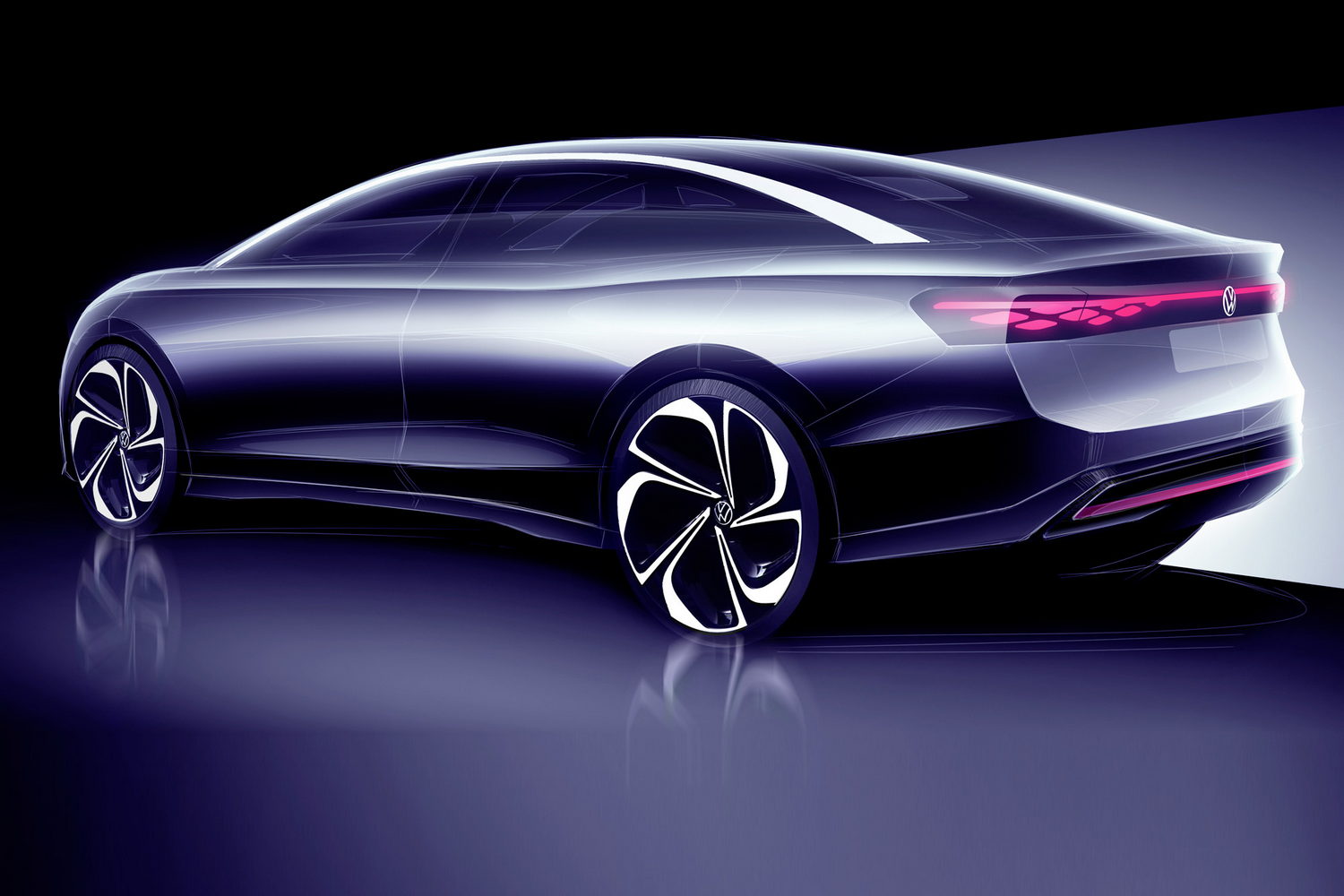 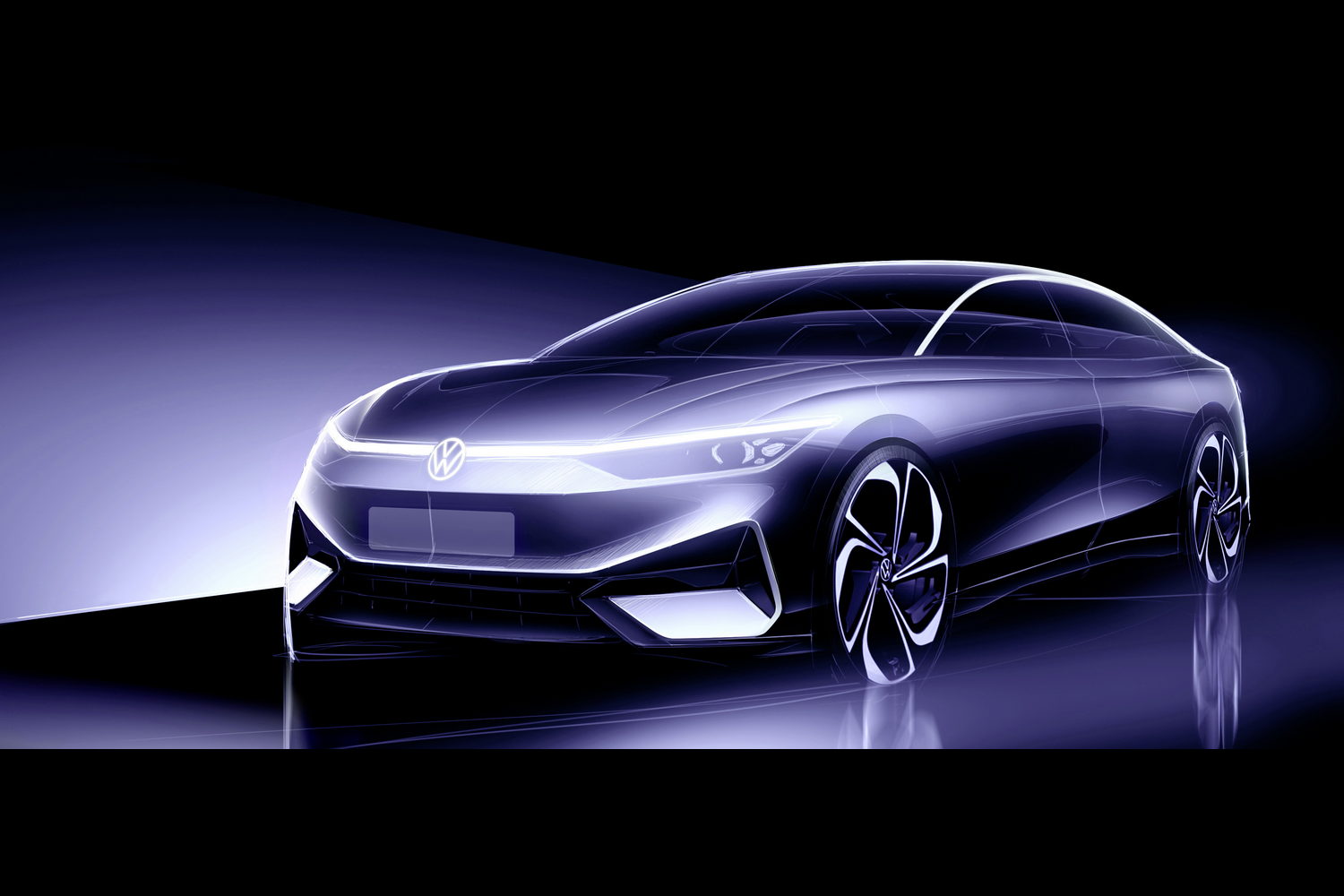 Hurrah! The reports of the saloon's demise have been greatly exaggerated, it would seem, as Volkswagen is showing us this, the ID. Aero concept car.

While so far we have only seen this one sketch, it's pretty obvious that the Aero follows closely in the stylistic wheeltracks of 2018's ID. Vizzion concept, but while the Vizzion was the, ahem, vision of a large executive saloon with a 111kWh battery - effectively an electric replacement for the folly that was the Volkswagen Phaeton - the Aero is smaller and sleeker and is effectively a battery Passat. Volkswagen says that it's aimed at the "high-volume upper-middle class segment."

Mind you, it is bigger than a Passat - at 4.8 metres long, it's actually larger than a BMW 5 Series, but it remains to be seen if this concept is a stretched, long-wheelbase model specifically for the Chinese market.

The full reveal will take place next Monday, and while Volkswagen for now is only saying that the car is being prepped for the Chinese market, it will also come to Europe and the US. The production version (tentatively badged as ID.7 but the Aero name may well carry through to the showroom) will be built in Emden, Germany, which currently builds the Passat and the Arteon.

Volkswagen says that the Aero will impress "with its outstanding aerodynamics, elegant design and generous space." The German giant also makes note of the fact that low-slung saloons have much better aerodynamic performance than tall, bulky SUVs, pointing out the: "aerodynamic front and roof, which help to reduce energy consumption and increase range."

Style-wise, the Aero will follow on from the existing ID family, and it will use the same MEB underpinnings that have given us the ID.3, ID.4 and ID.5, as well as the Skoda Enyaq, Audi Q4 e-tron and ID. Buzz. Expect a 77kWh battery, a 204hp motor mounted at the rear (with the option of an extra motor in the front for more power and four-wheel drive) and a range likely on the sunny side of 520km. There are rumours of a larger 84kWh battery pack, with a potential range of up to 700km, but those are as yet unconfirmed.

Also unconfirmed is an estate version to replace the current Passat Variant - Volkswagen did show a concept estate version of the ID. Vizzion, called the Space Vizzion, but we've no idea yet if that will become a car you can actually buy. Here's hoping.

The production version should go on sale in China by the summer of next year, with the first versions arriving in Europe by the back end of 2023.