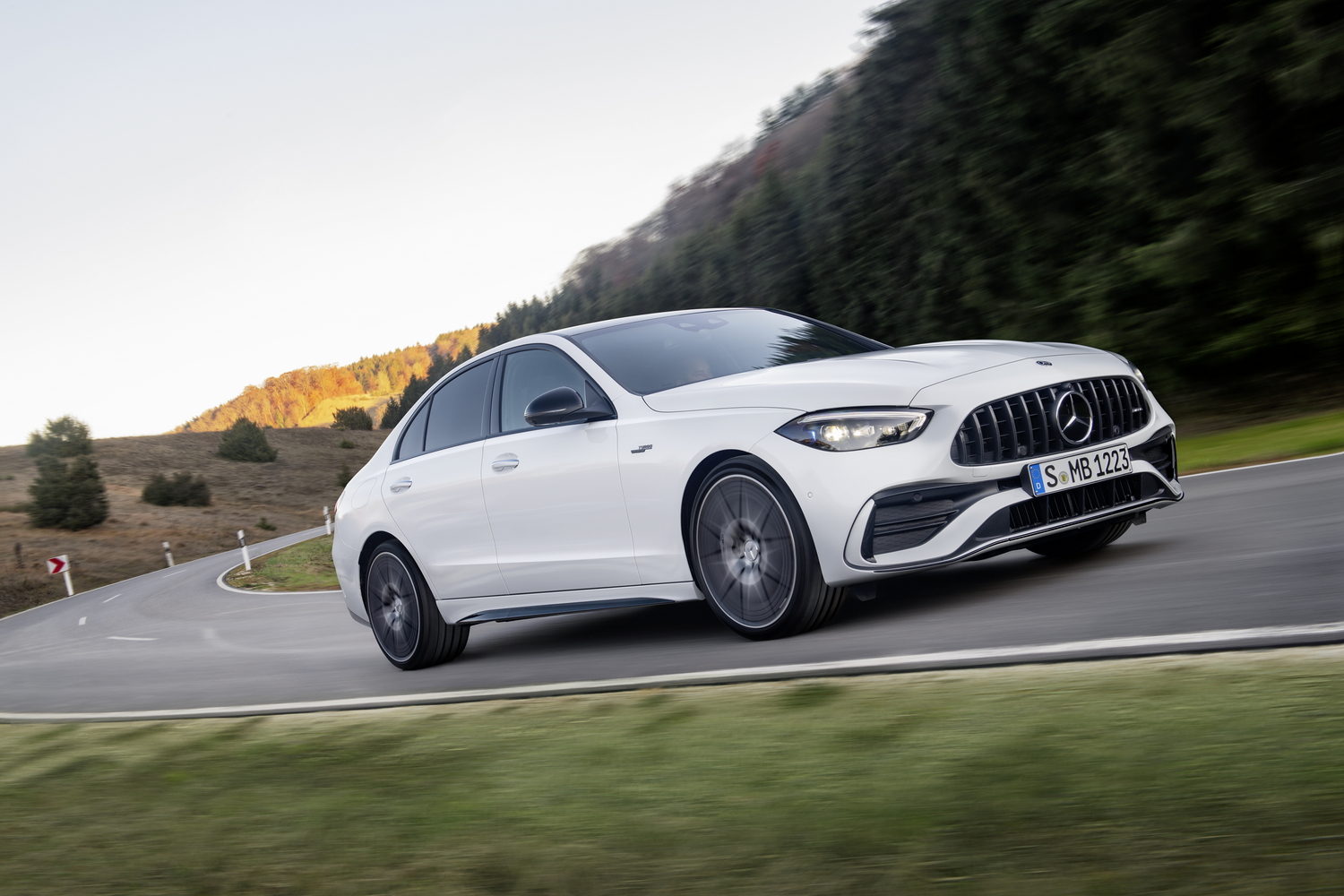 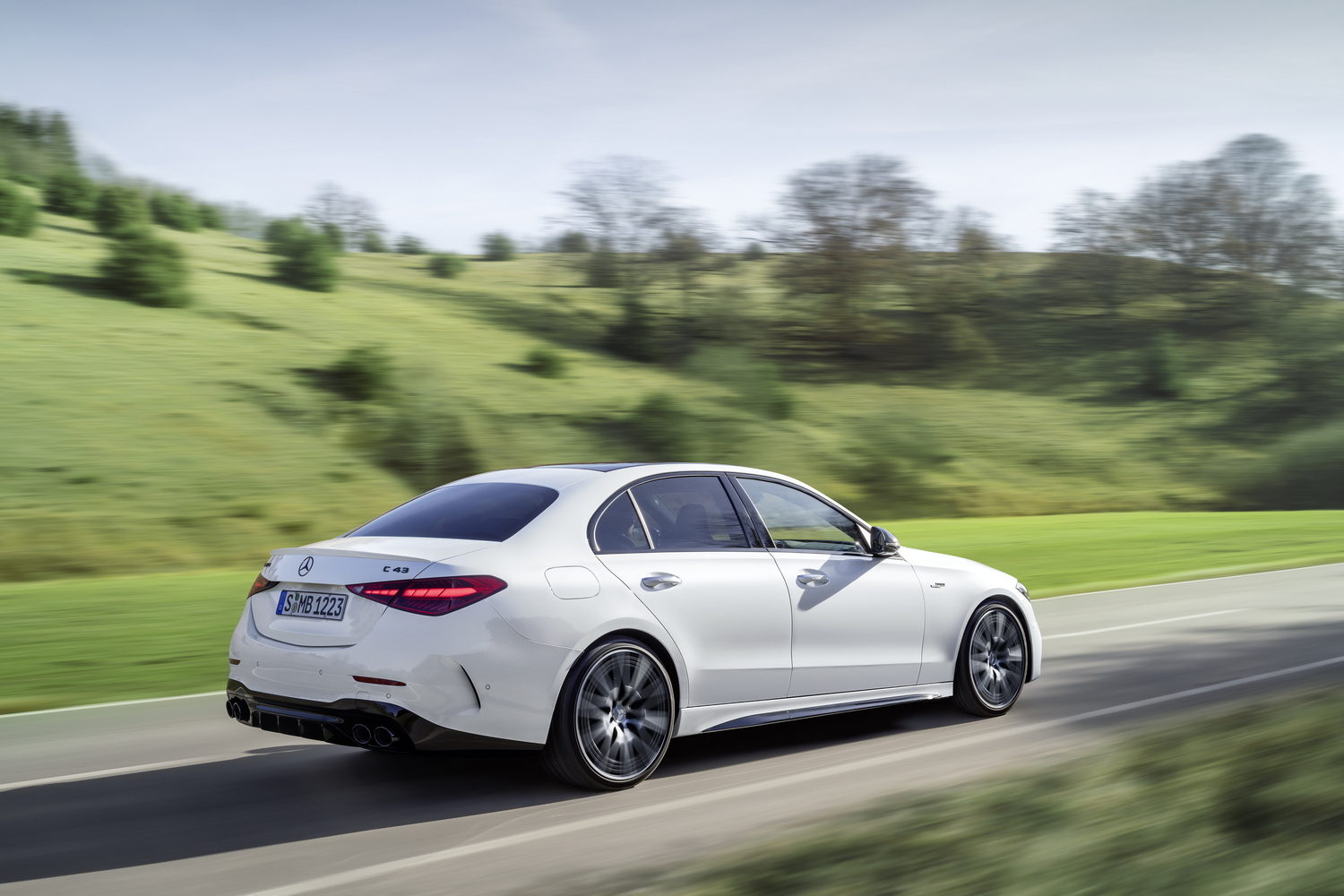 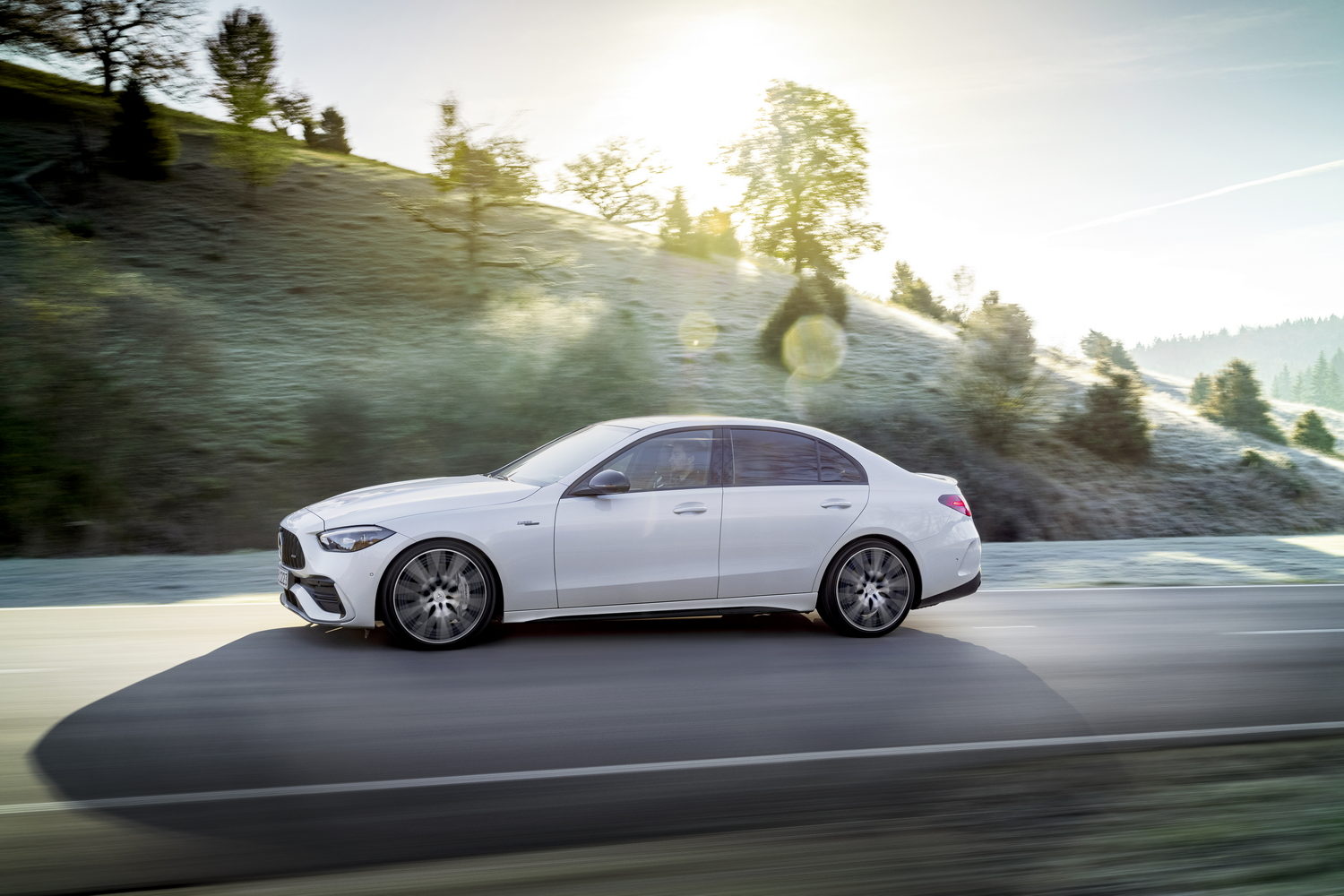 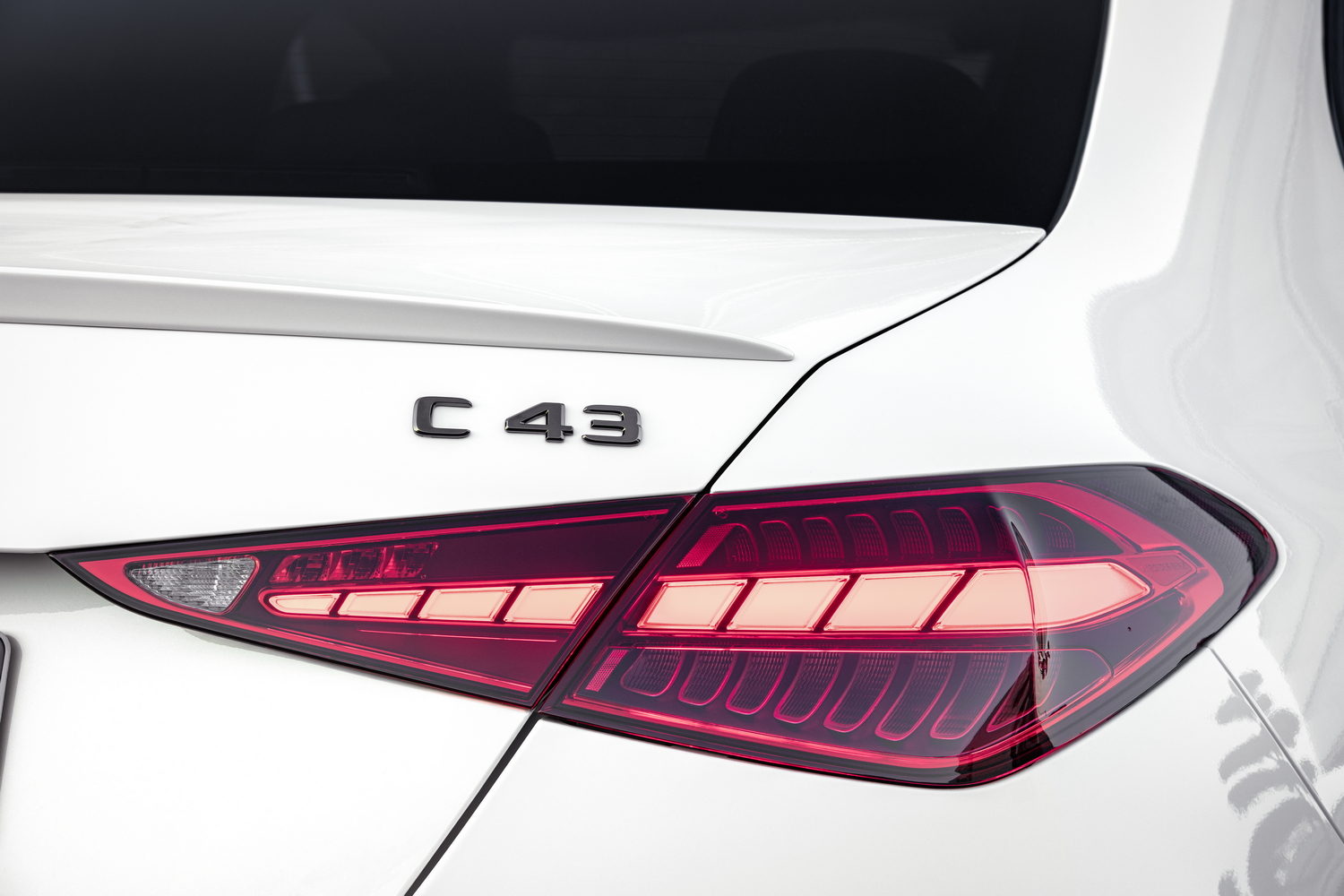 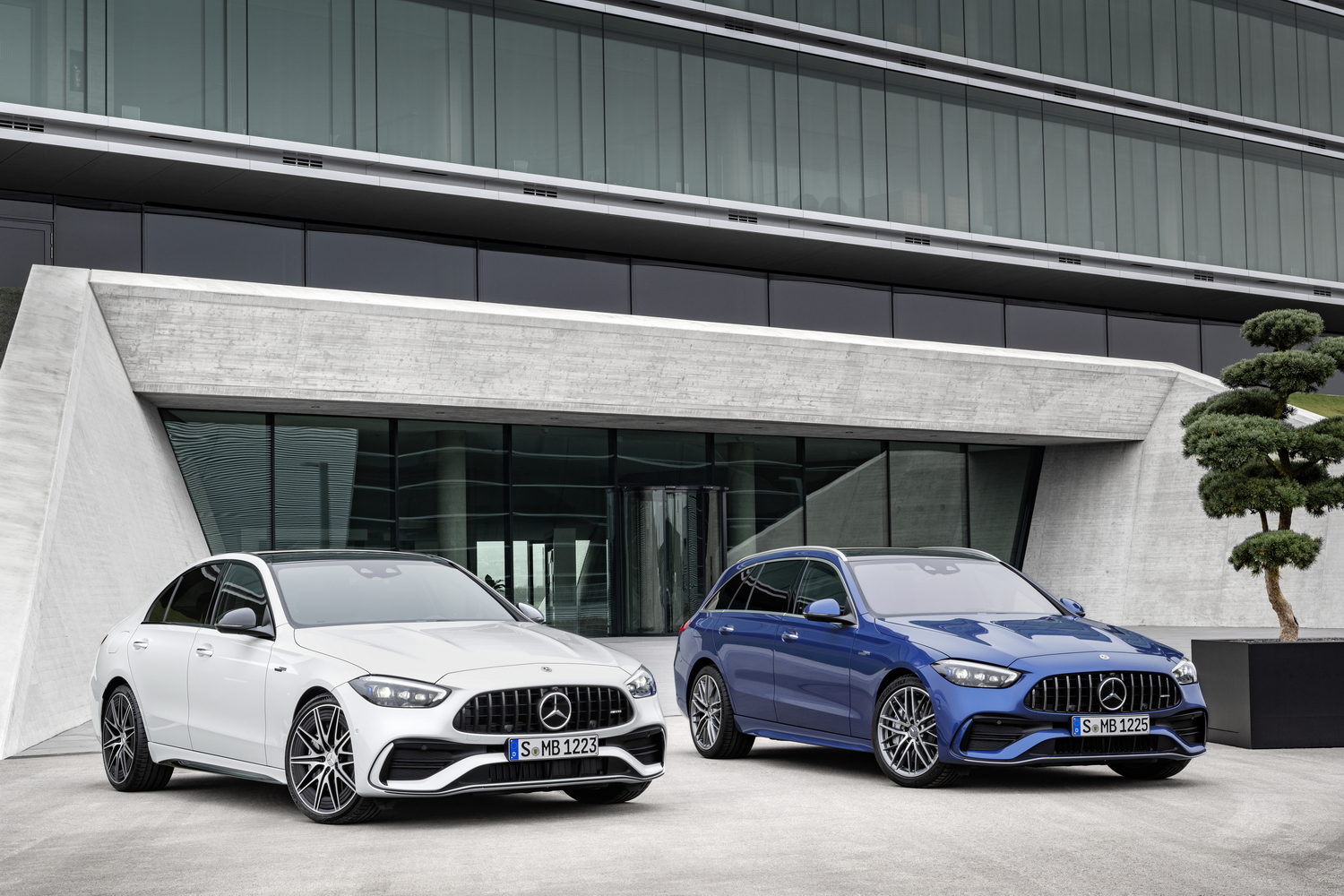 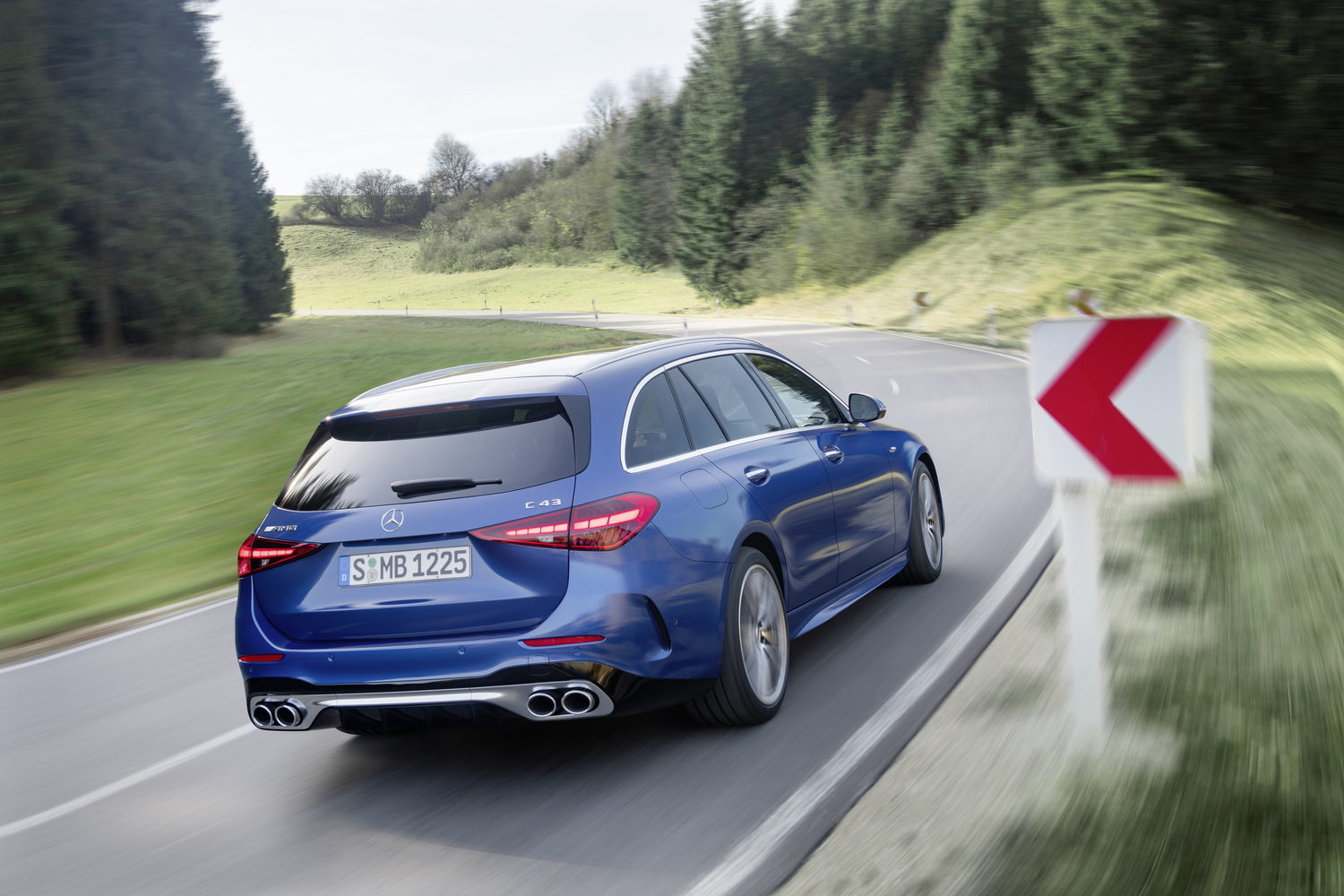 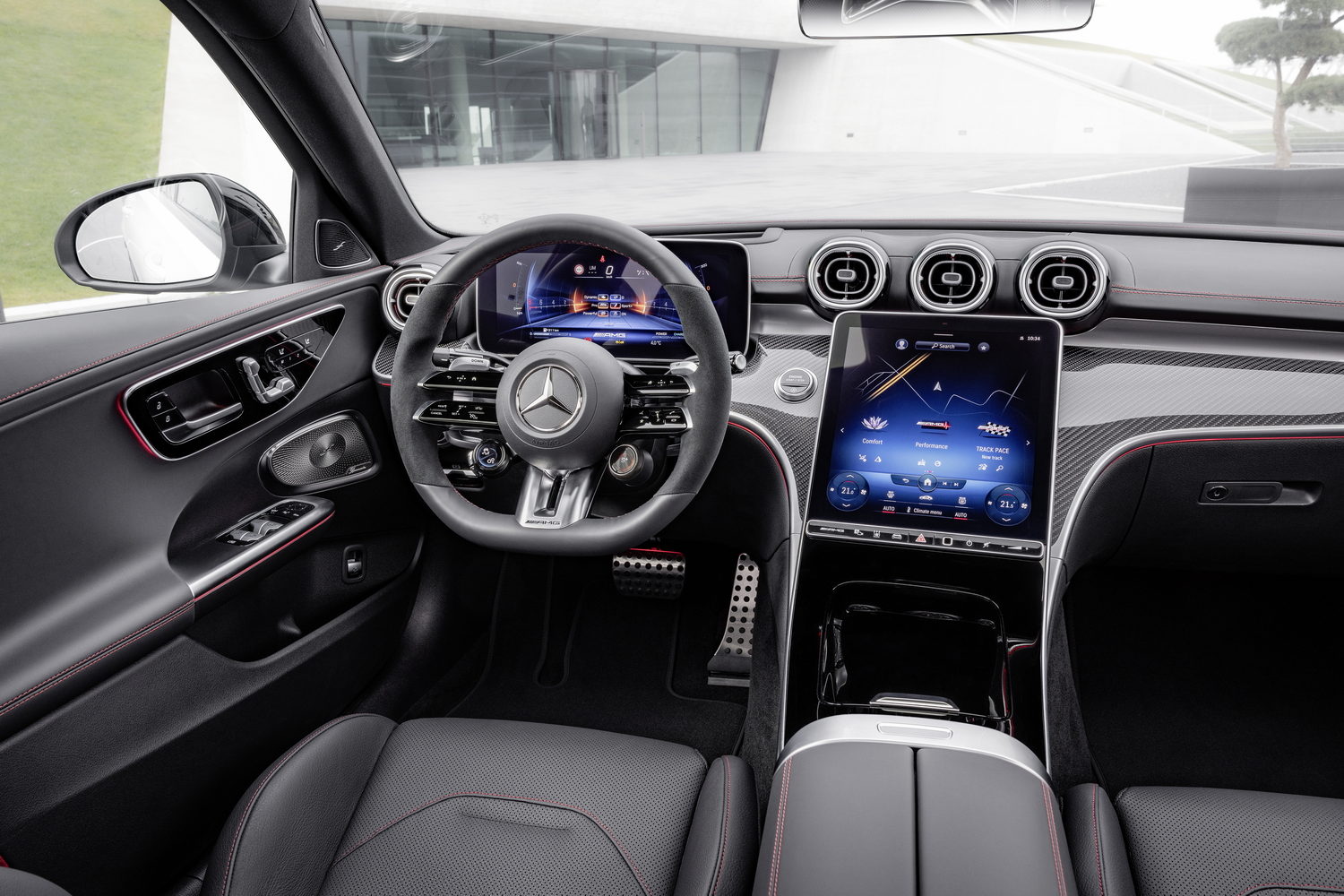 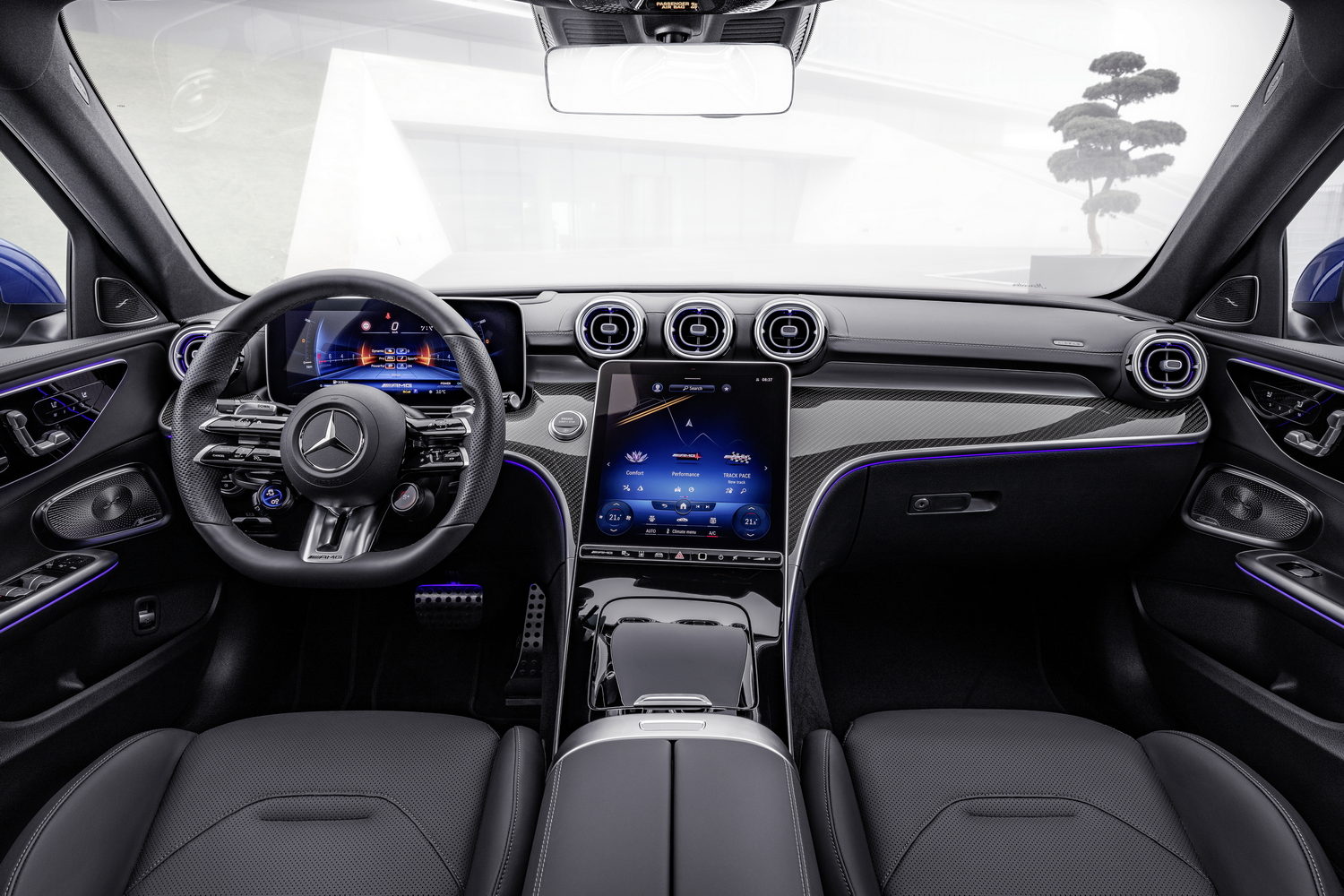 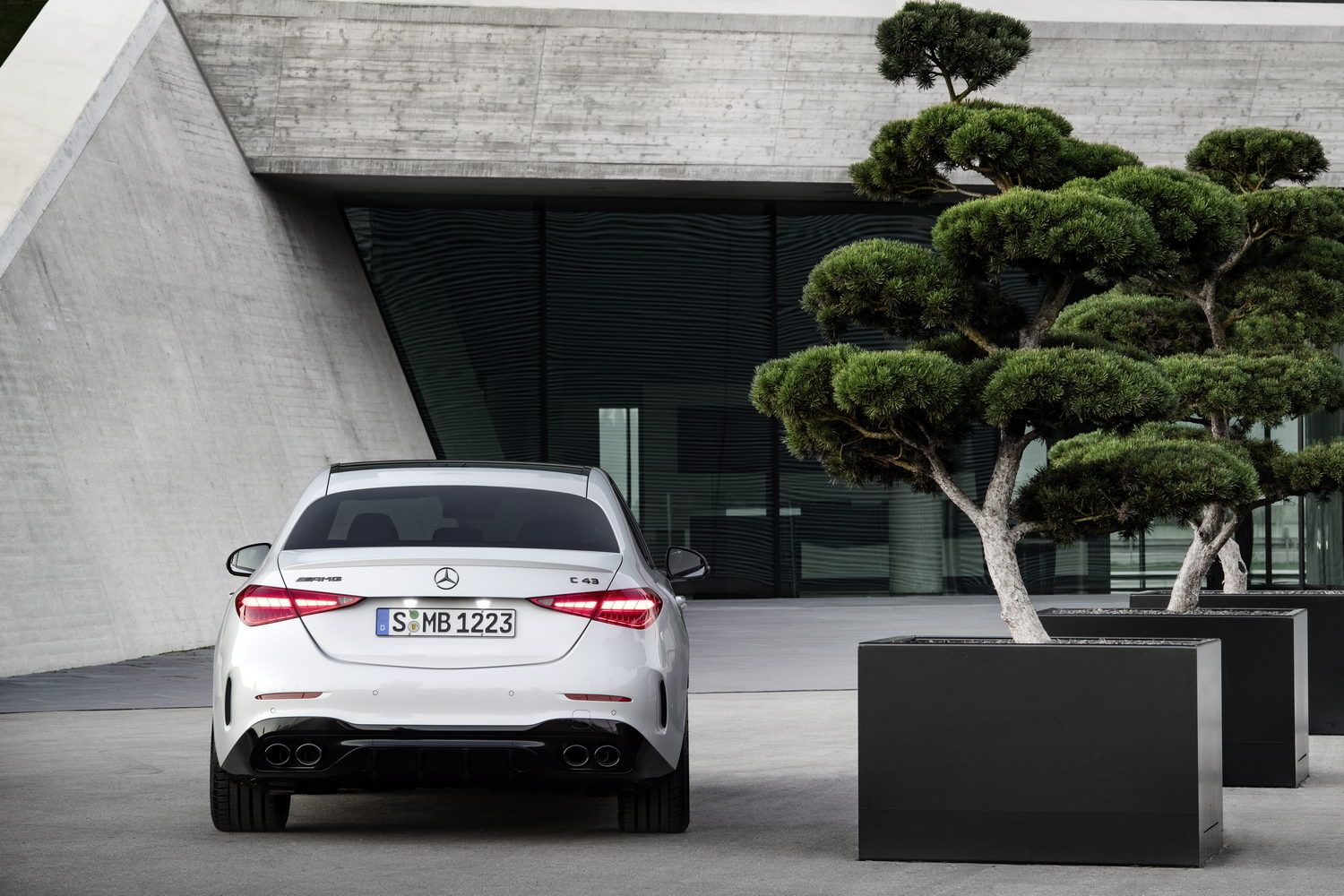 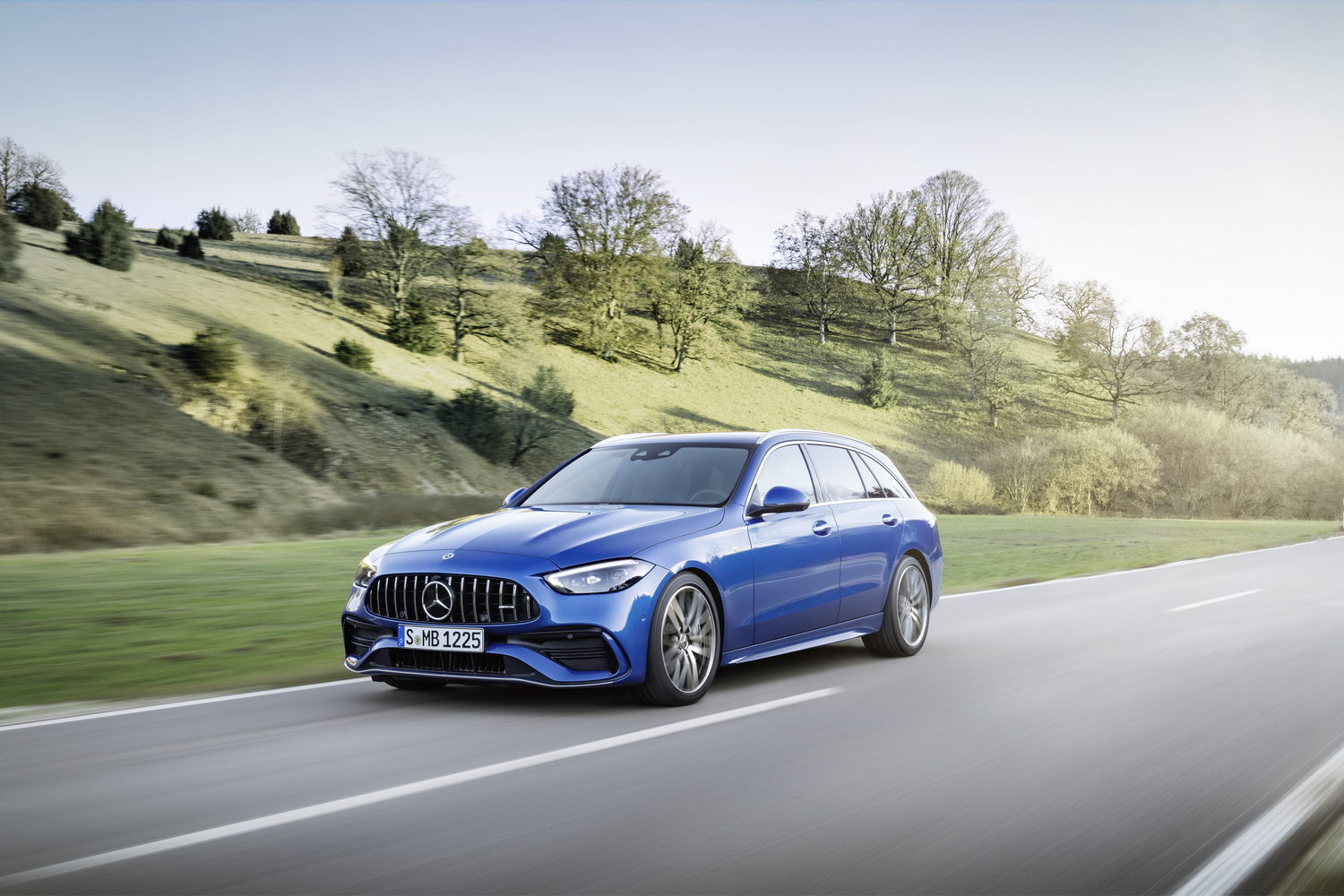 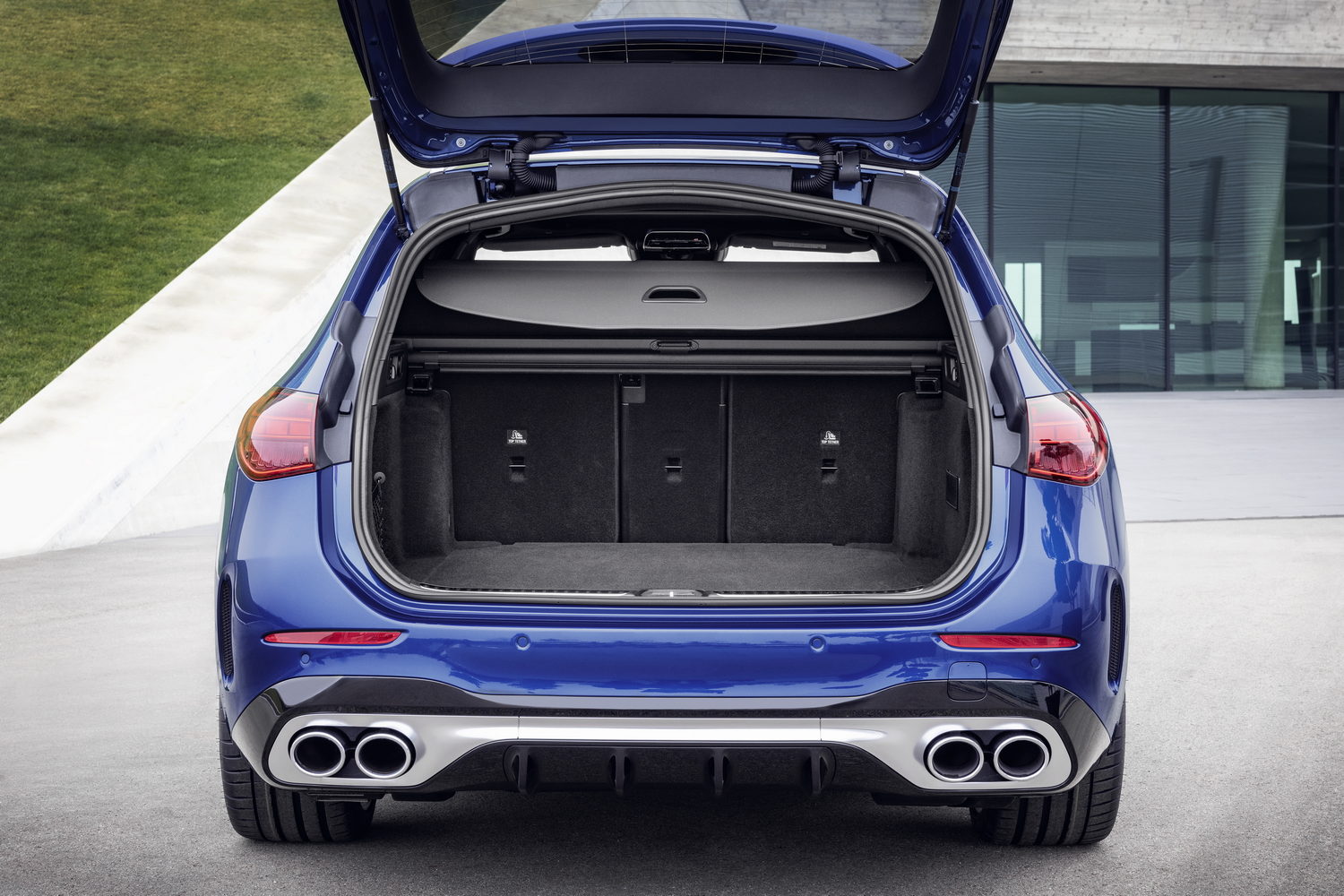 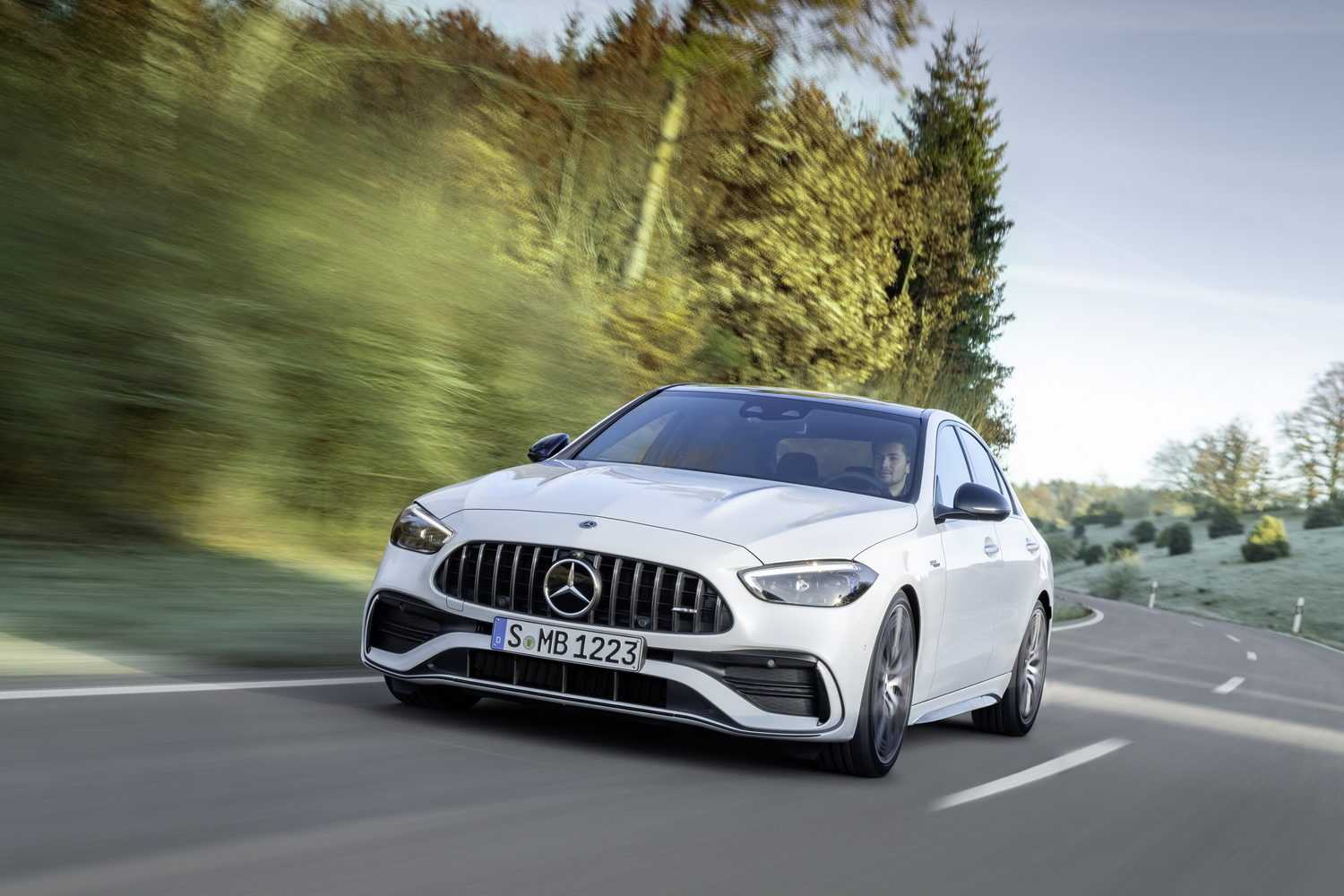 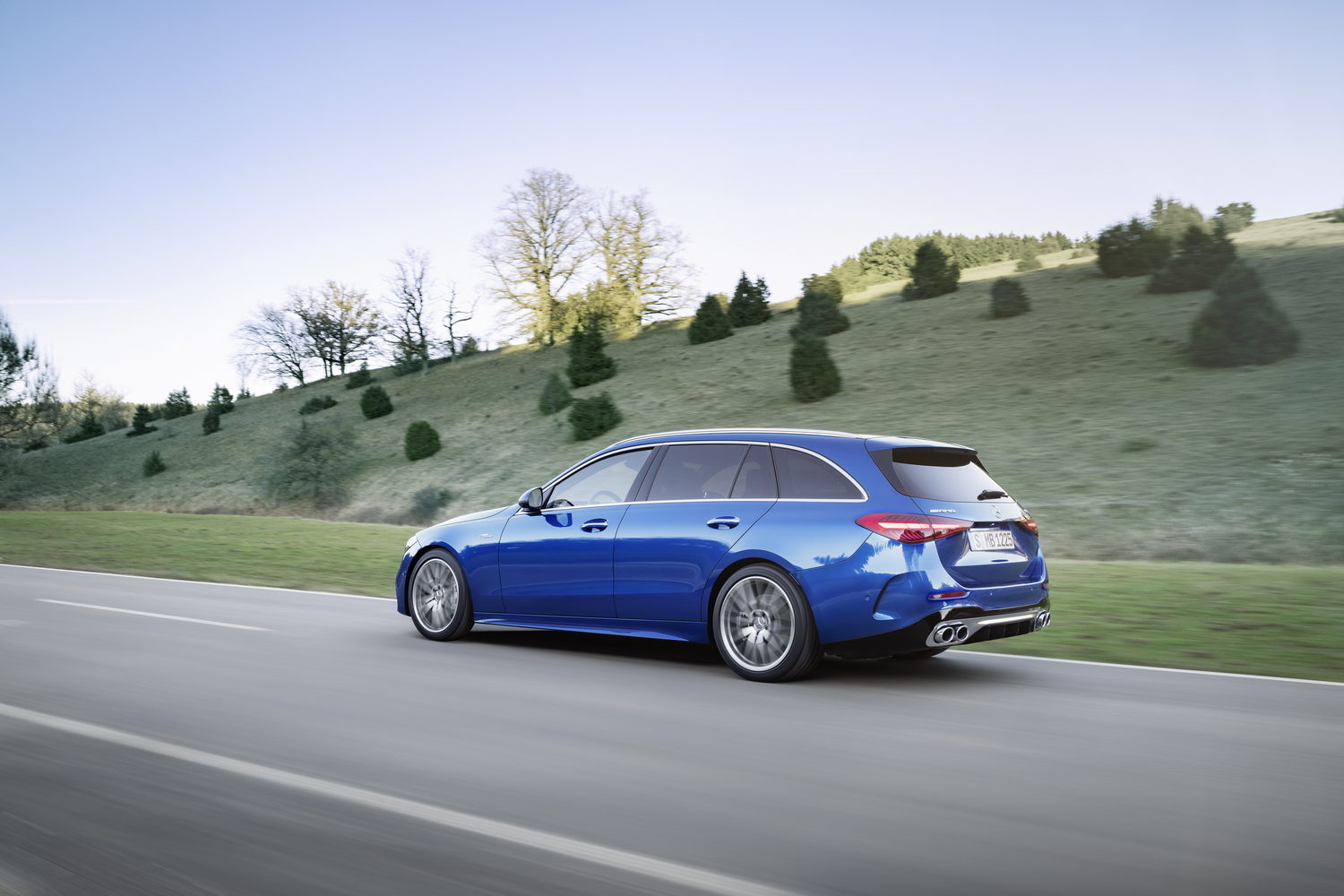 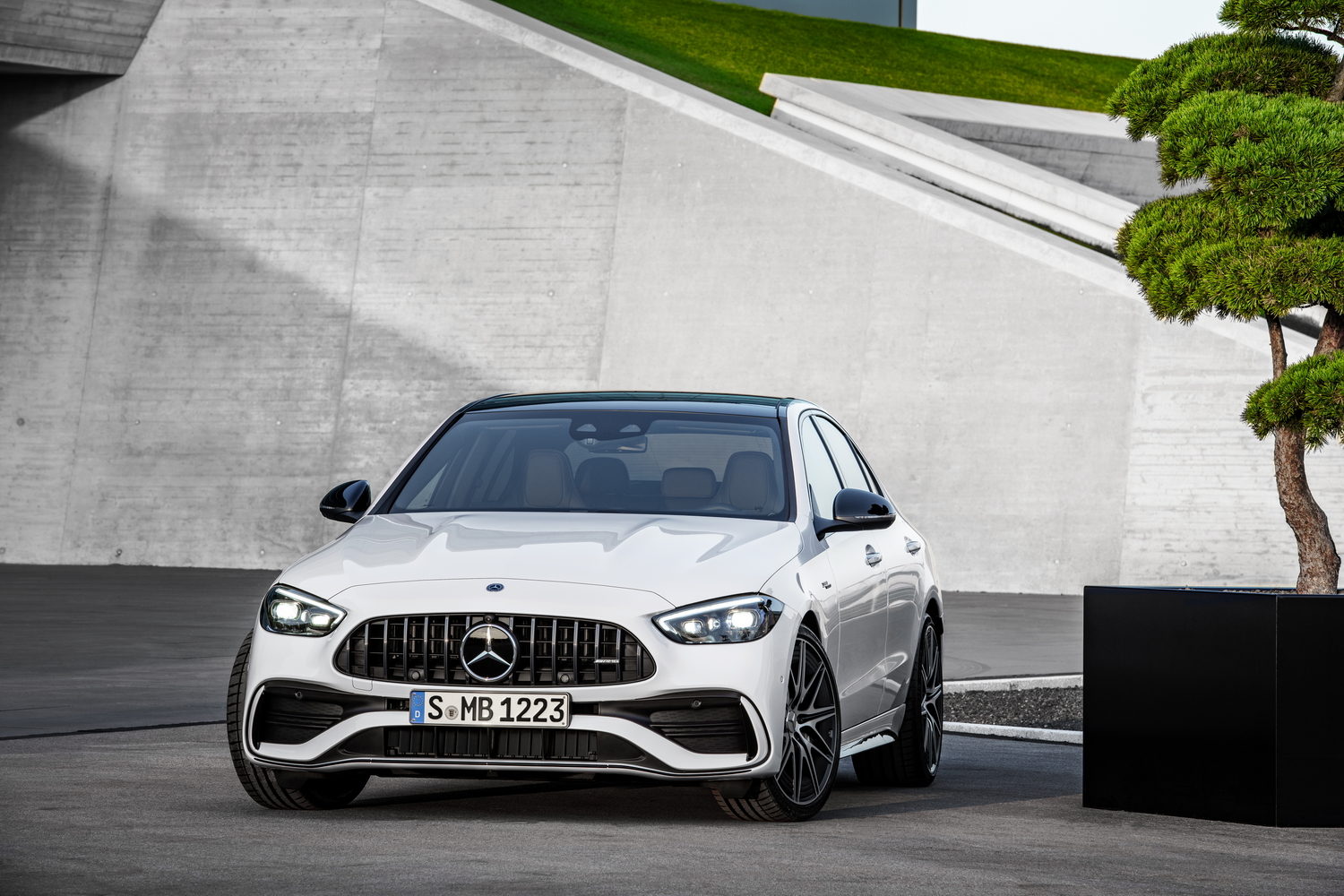 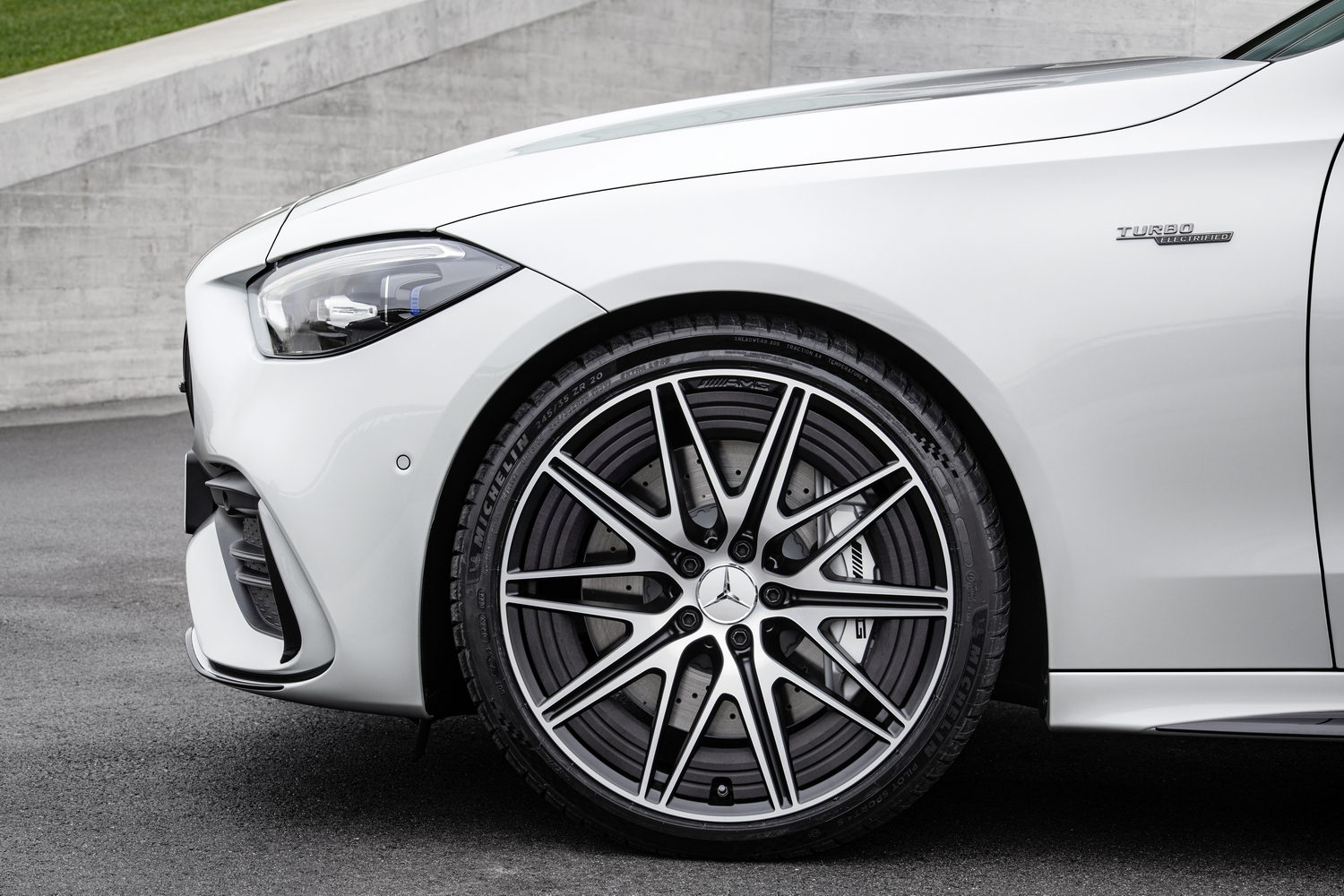 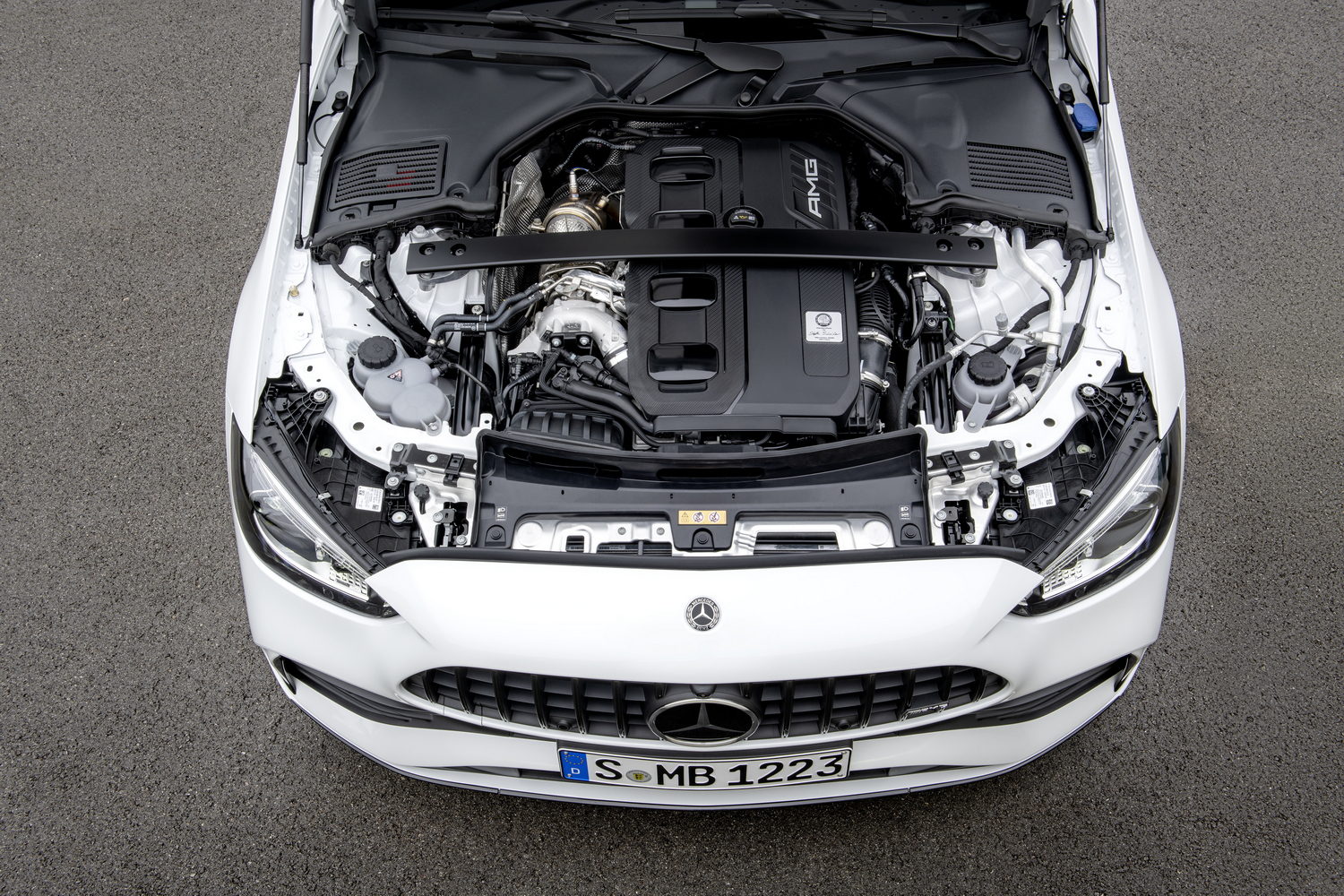 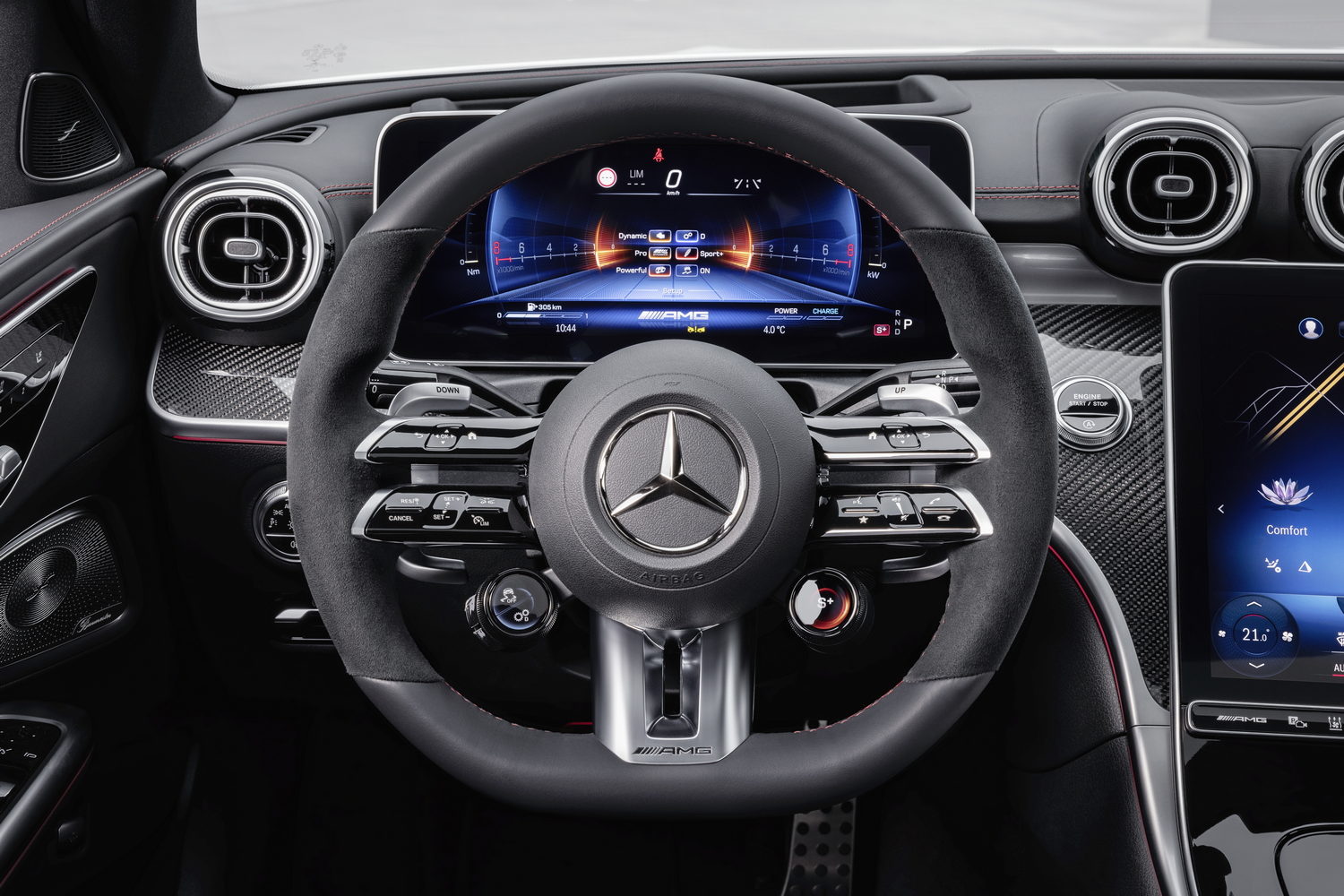 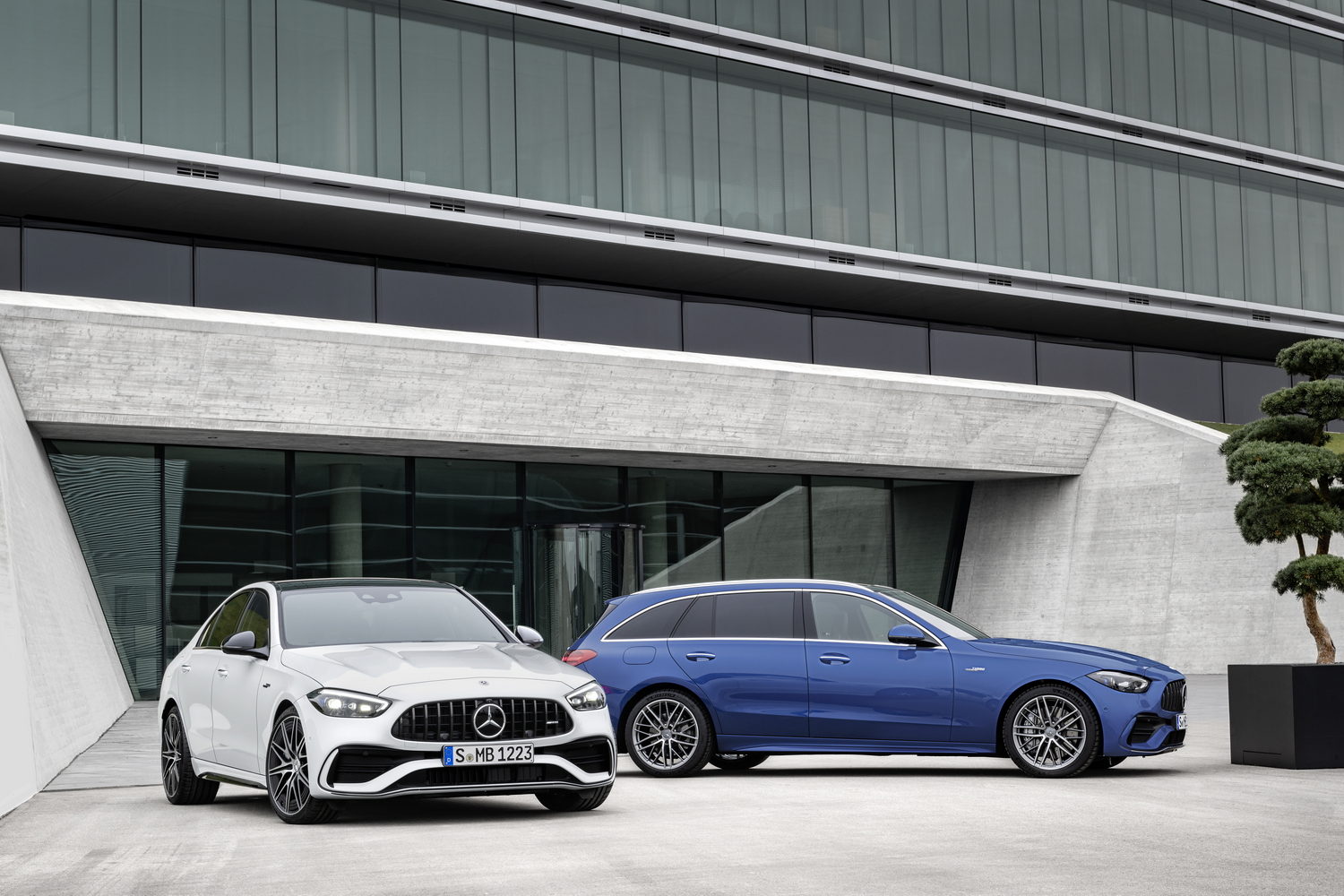 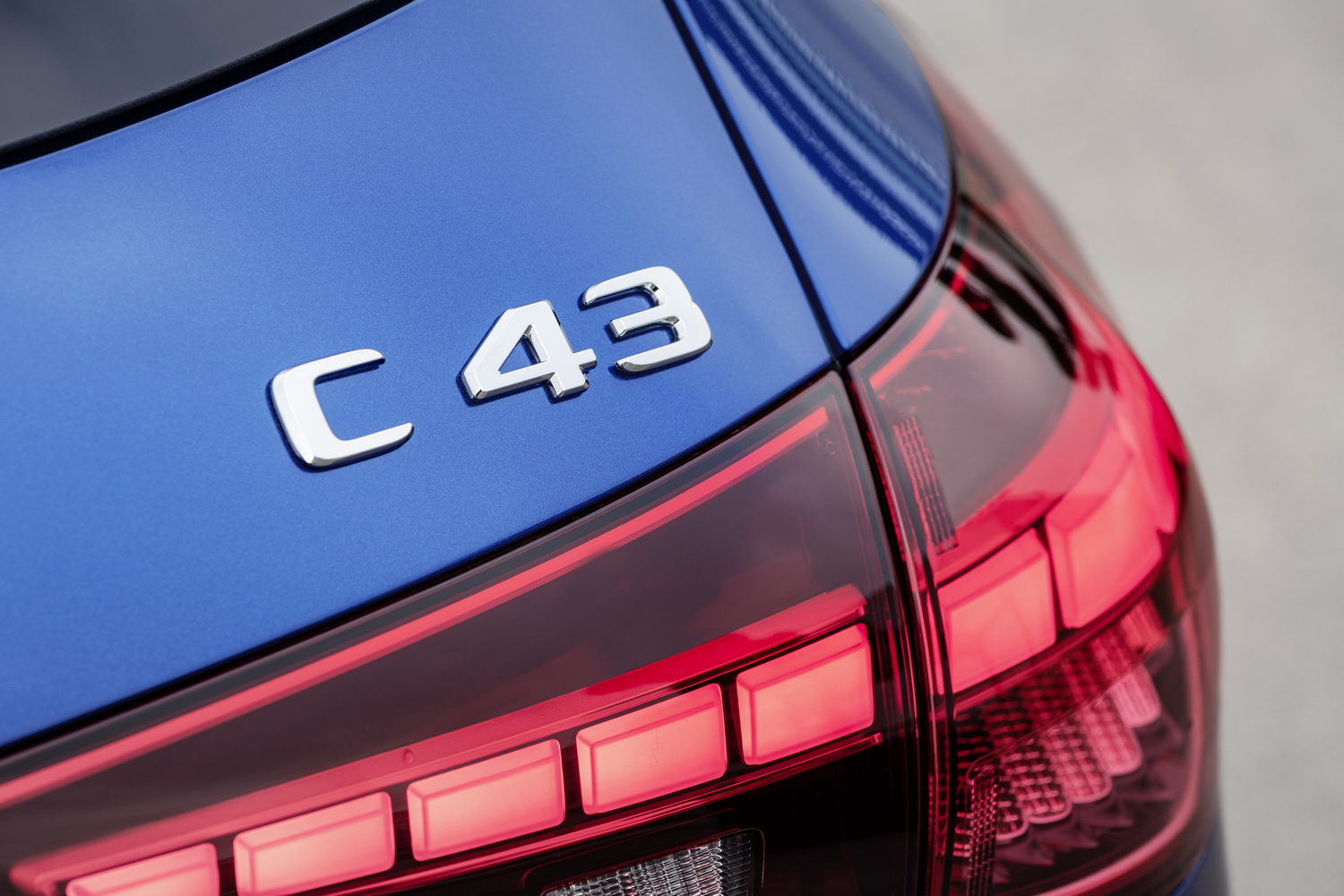 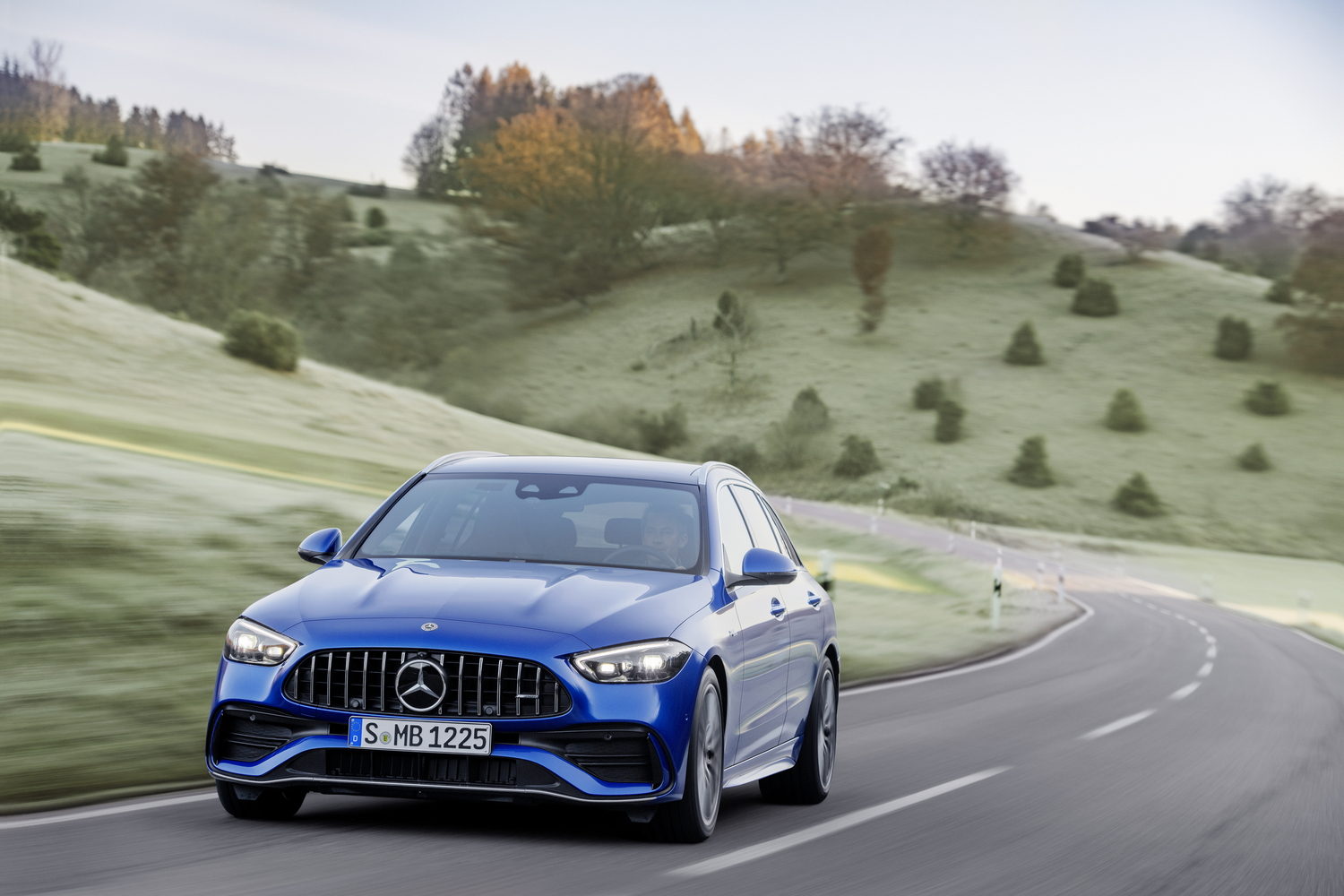 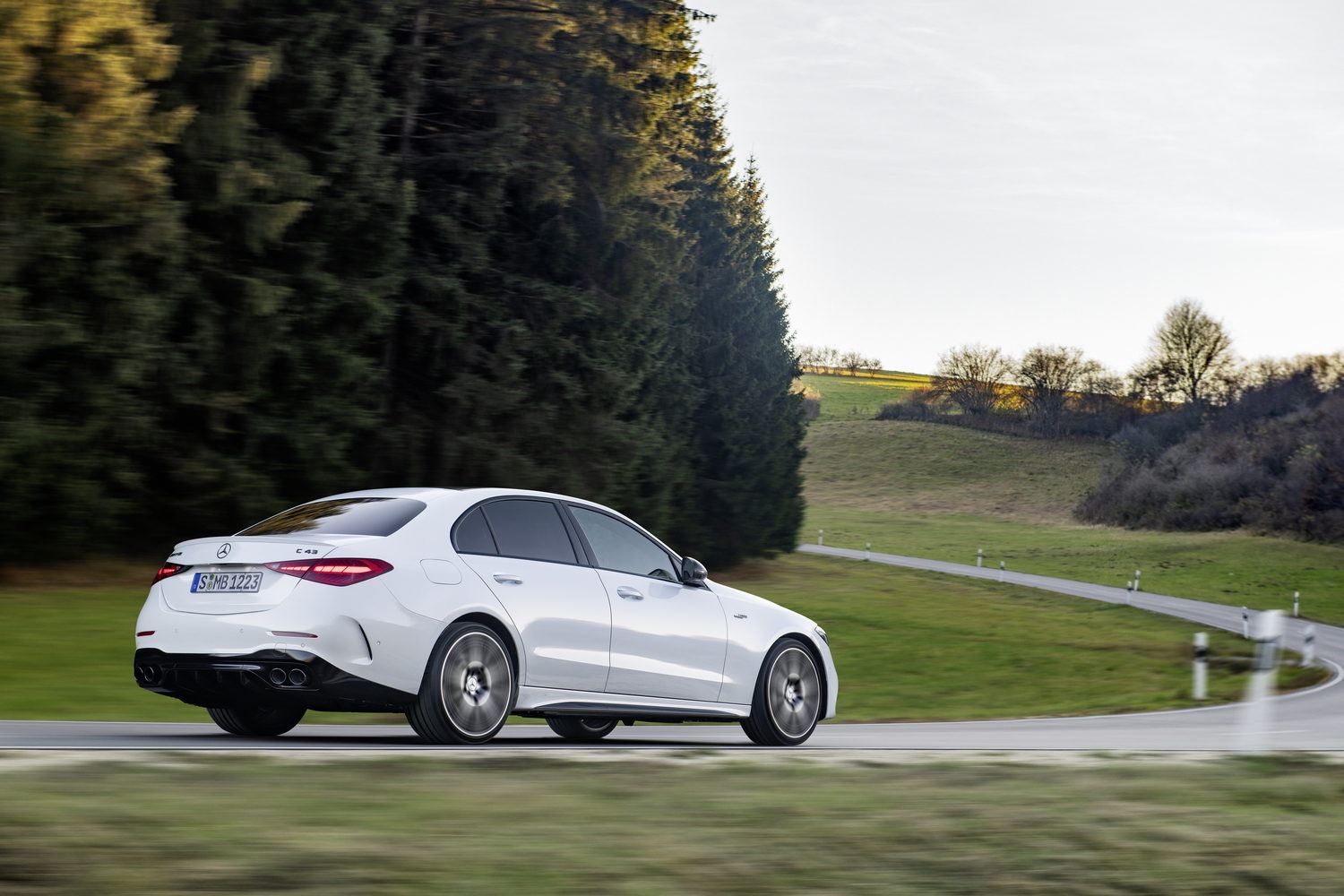 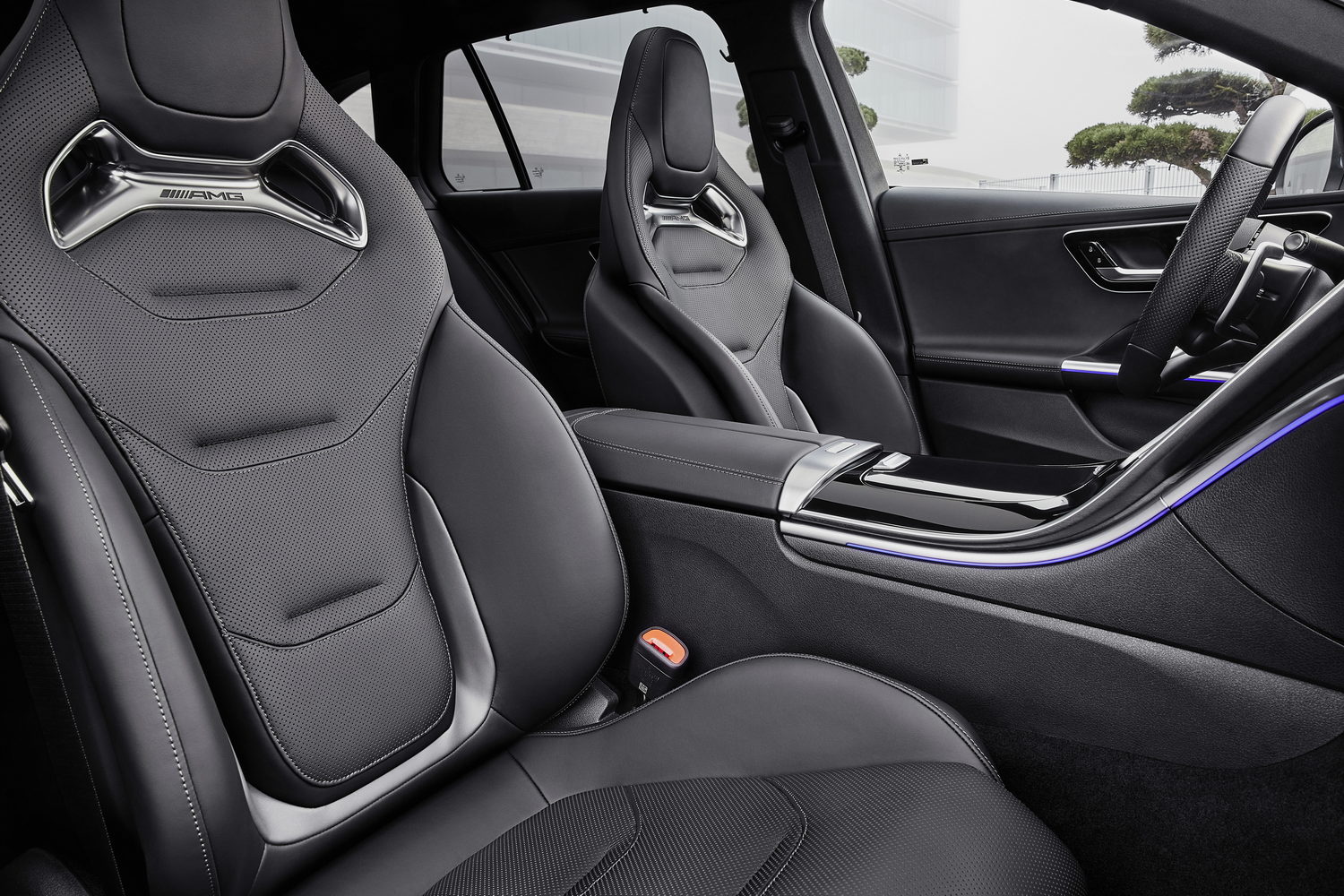 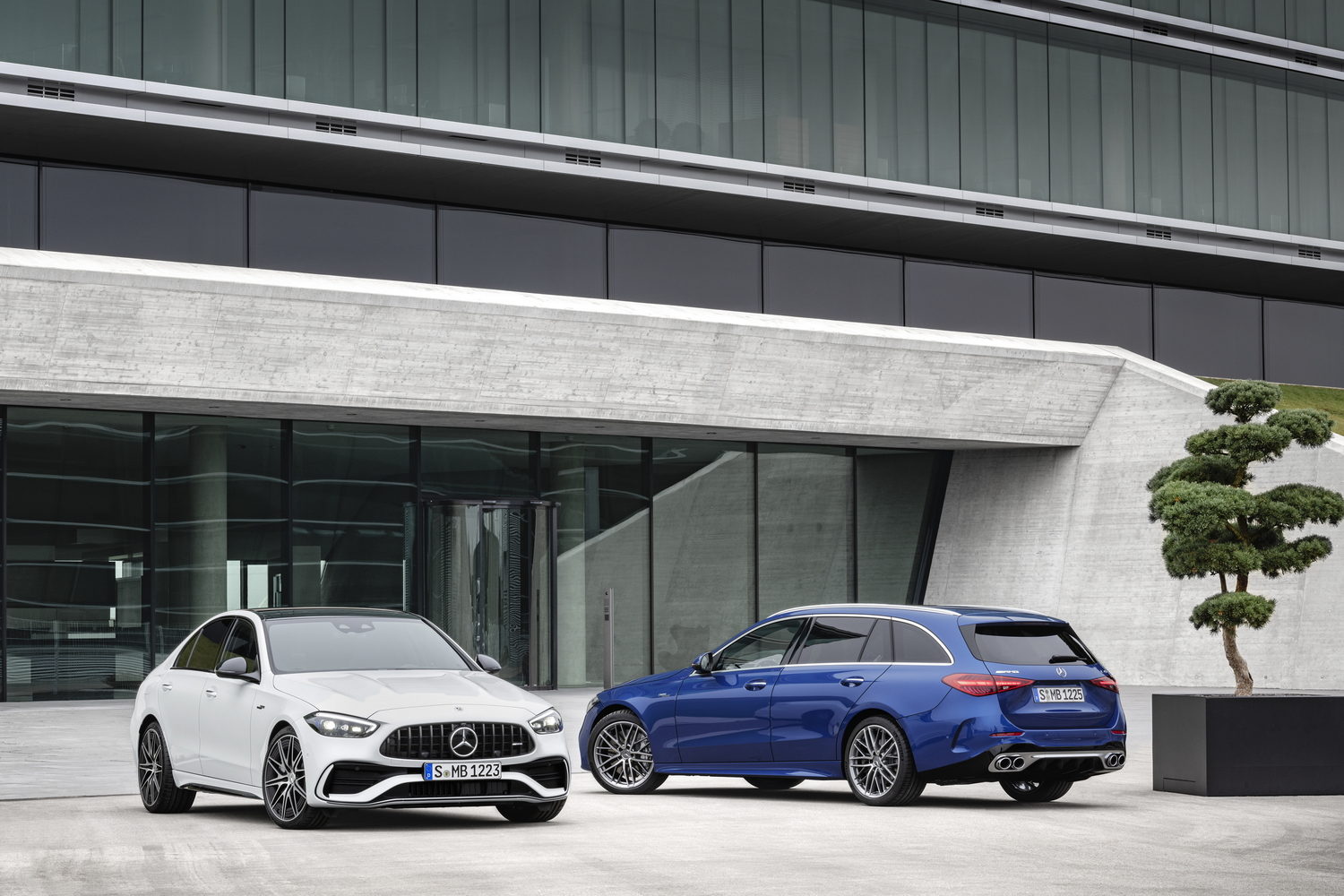 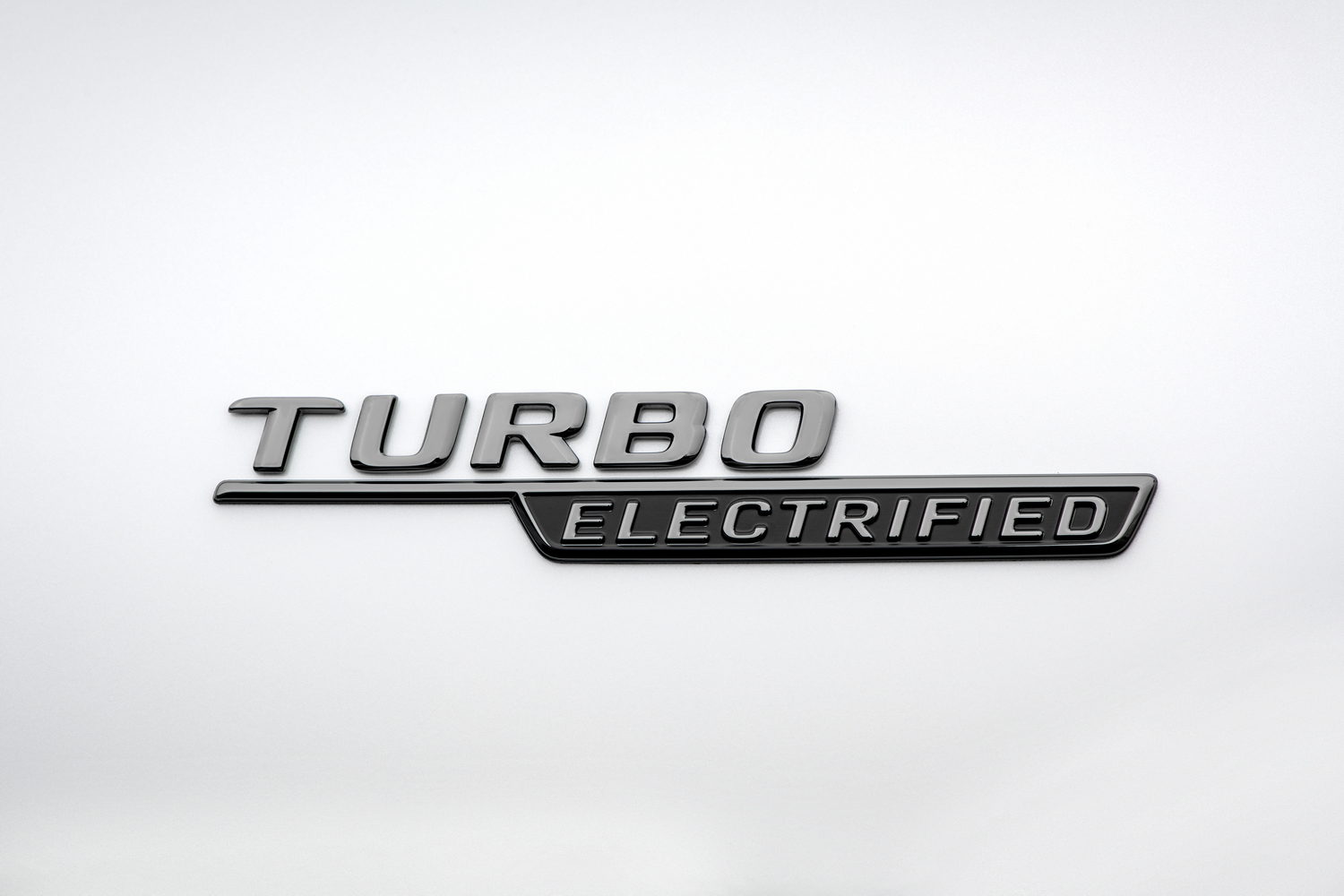 New C 43 AMG gets a 2.0-litre engine with an electric turbocharger.

Can a four-cylinder AMG model really provide the same sort of thrills as the brand's previous V6 and V8 engine? Well, we're about to find out because Mercedes-AMG has just launched the new generation C 43 4Matic, and it's coming with a four-banger engine.

Not any old four-cylinder, mind. This AMG engine might be smaller than usual, but it's bristling with high tech performance boosters, including an electrically-driven exhaust gas turbocharger, which AMG says is the first of its kind in production. If you're thinking this arrangement sounds familiar, then you're not wrong - it's the same engine we've already been shown in the new SL 43 AMG sports car, the first four-cylinder SL since the 190 SL of the 1950s.

Thanks to another performance bolt-on - a 48-volt starter-generator mild-hybrid system - this four-cylinder engine pumps out 408hp and 500Nm of torque. It's the electric turbo - which can spin at up to 175,000rpm - that's the star here, but the mild-hybrid system adds in a not-inconsiderable 10kW (14hp) of extra oomph. It's enough to propel the C 43 AMG to 100km/h from rest in 4.7 seconds, and on to an electronically limited top speed of 250km/h (you can optionally raise that to 265km/h if you live next to an Autobahn). Mind you, the turbo is said to be inspired by the work of Mercedes' own F1 team, so we guess that it's still the more glamorous bit.

Other F1 influences include the 'closed deck' engine design (that ensures maximum rigidity in conjunction with low weight and allows peak combustion pressures of up to 160 bar) and ultra-low friction 'NanoSlide' cylinder liners.

Power goes to all four wheels via a nine-speed automatic gearbox, and there are five AMG Dynamic Select driving modes from which to choose - Slippery, Comfort, Sport, Sport + and Individual. Thanks to the mild-hybrid assistance, there's also a an automated 'Glide' function at high speeds, which allows the C 43 to sail along for a few seconds at a time with the engine off, saving a little bit of fuel as it does so.

Suspension is by AMG Ride Control steel springs with adaptive dampers, and there's four-wheel steering for maximum agility. Needless to say, the C 43 gets fairly mega brakes too - 370 x 36mm discs with four-piston fixed callipers are fitted at the front axle, and discs measuring 320 x 24mm with one-piston floating callipers at the rear. Oh, and there's an AMG sports exhaust, because of course there is.

On the outside, you'll spot the C 43 thanks to an AMG-specific radiator grille with vertical struts in chrome, the AMG front apron with flics, sporty air intakes and chrome-plated trim element, the matching side sill panels, the diffuser-look rear apron and two round twin-tailpipe trim elements. There are 18-inch wheels as standard, with 19s and 20s available as options.

The interior gets AMG seats with a distinctive upholstery layout and seat covers in 'Artico' synthetic leather and microfibre in black with red contrasting stitching, while red seat belts provide a particularly sporty touch. Further options include leather and Nappa leather seat covers. Added to this is the AMG Performance steering wheel in Nappa leather, with a flattened bottom section, perforated in the grip area and with silver-coloured aluminium gearshift paddles. The steering wheel gets the two neat little AMG driving mode selector buttons as well.

The MBUX infotainment system includes various AMG-specific displays and functions. These include special displays in the instrument cluster, in the portrait-format multimedia central screen in the centre console and in the optional head-up display. Added to this is the shortcut button for the AMG Dynamic Select drive programs. AMG Track Pace, the data logger for use on the racetrack, is also integrated. The software records more than 80 vehicle-specific pieces of data such as speed, acceleration, steering angle and brake pedal actuation ten times per second while the car is being driven around a racetrack. In addition, there is a display of lap and sector times as well as additional training and analysis tools.