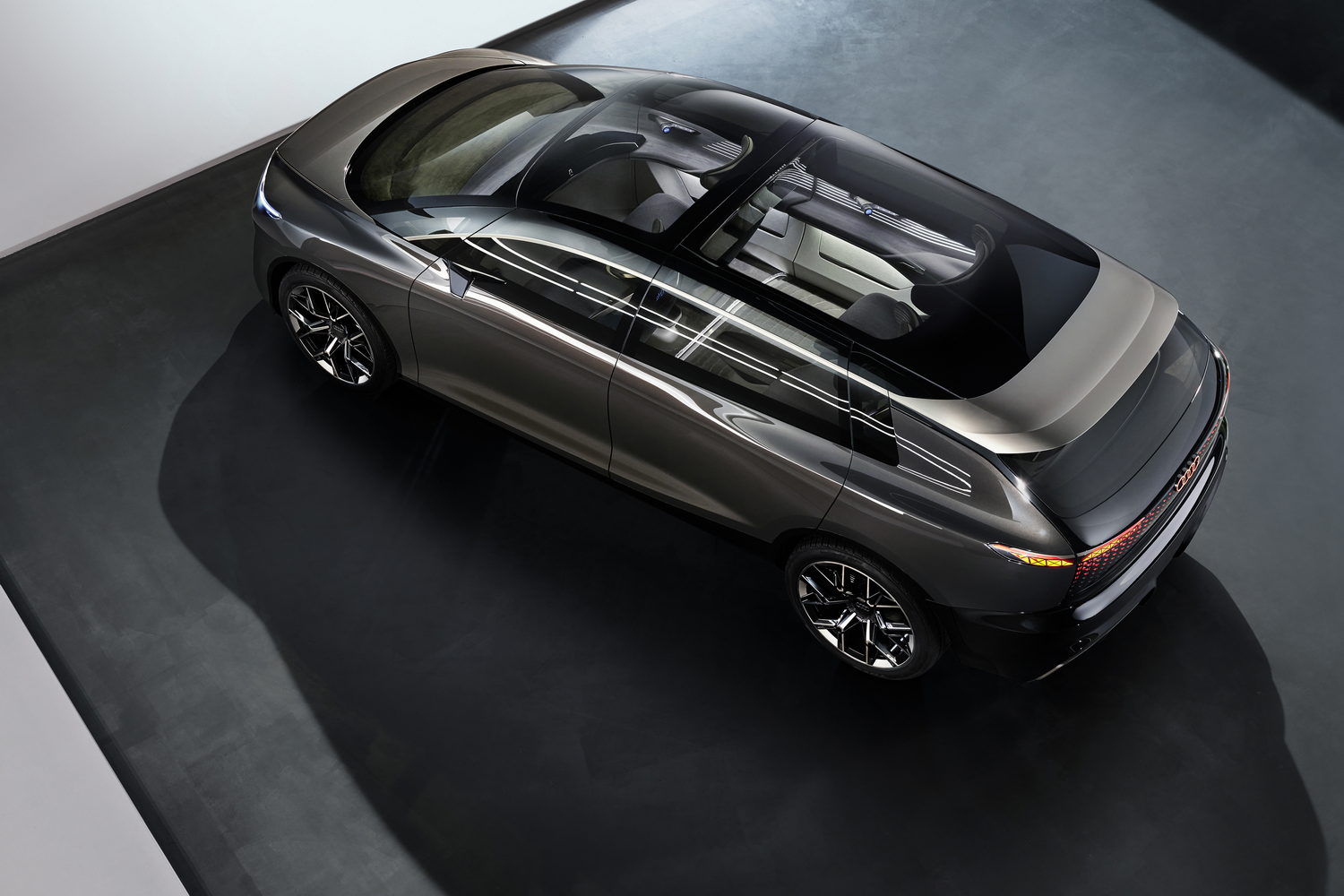 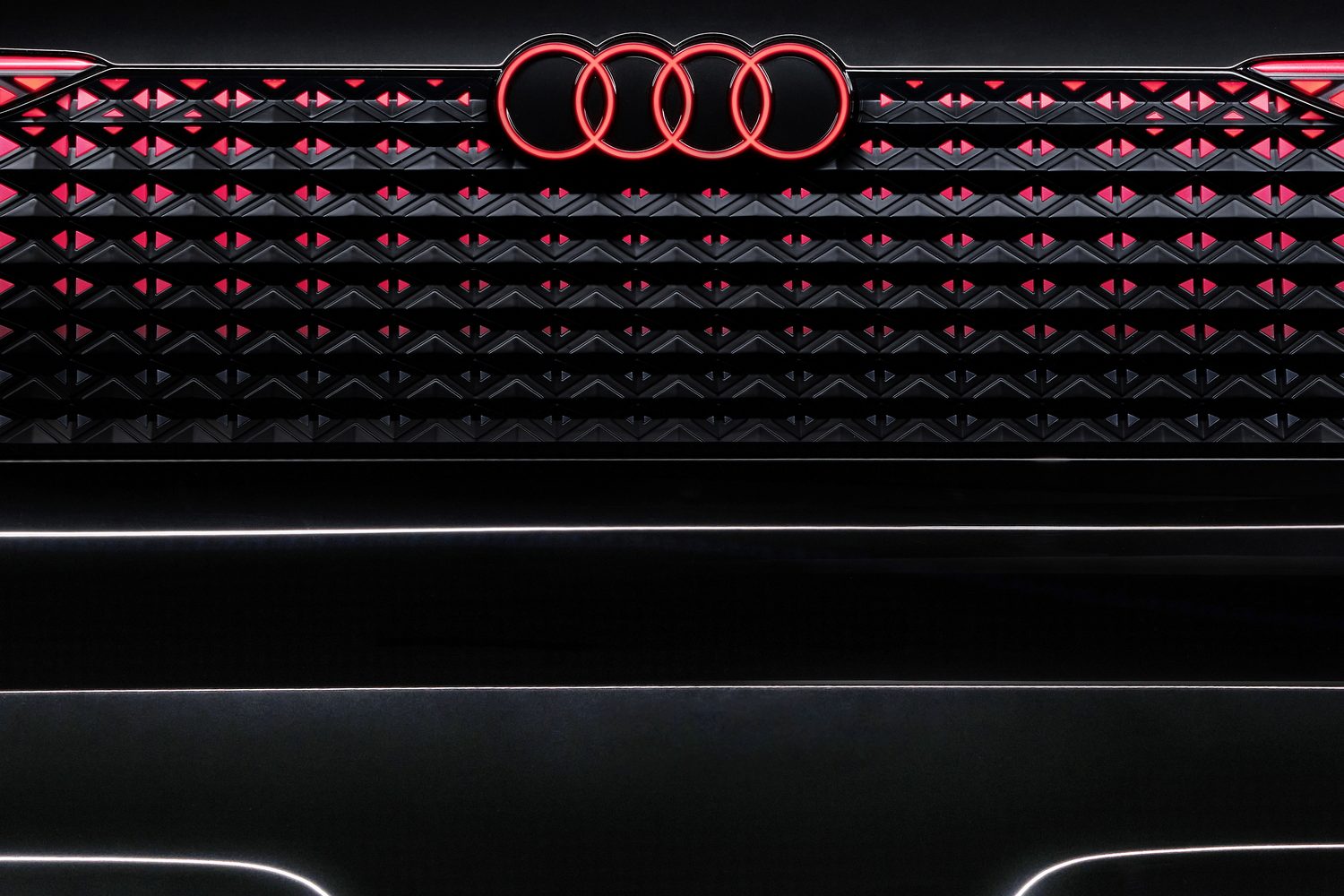 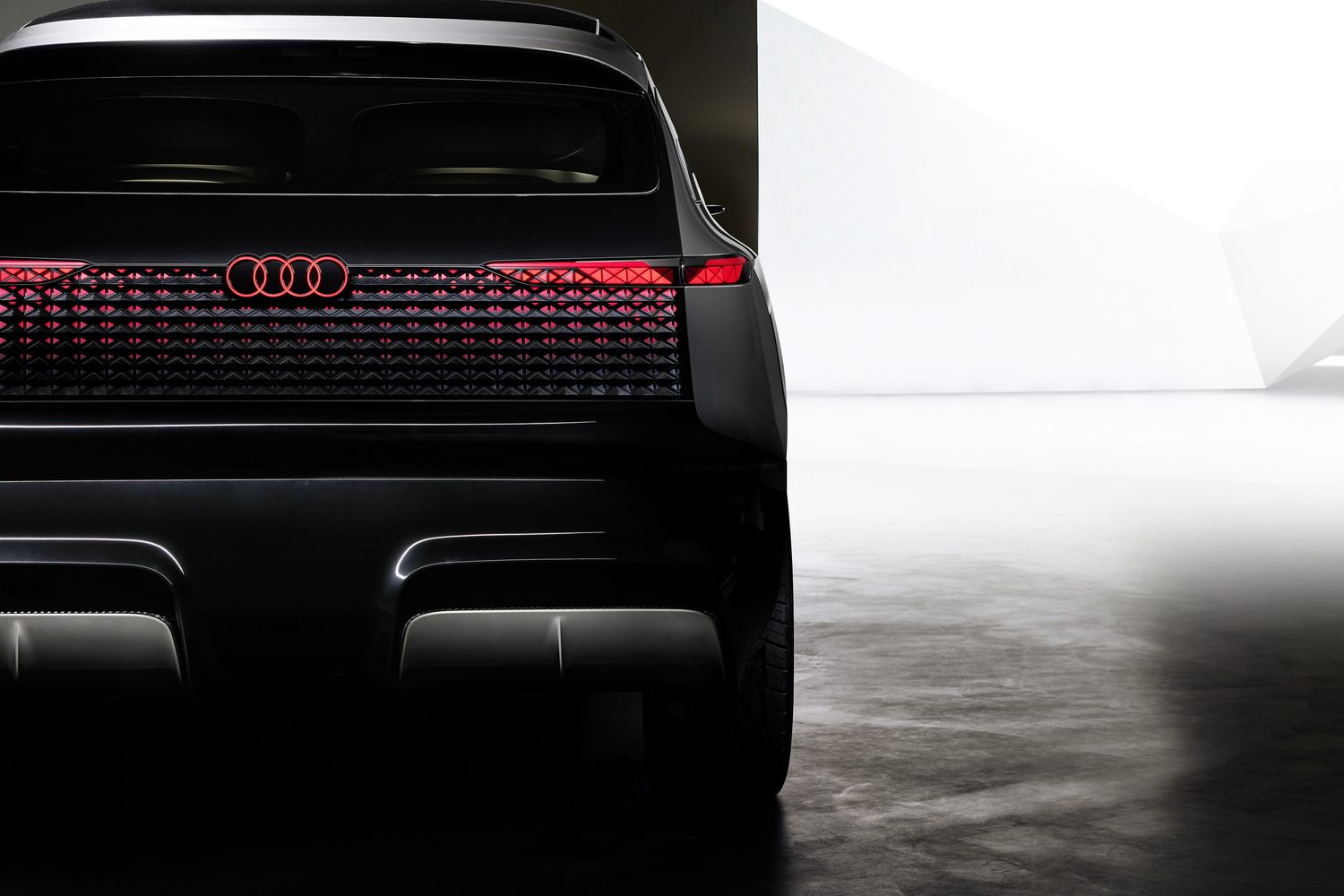 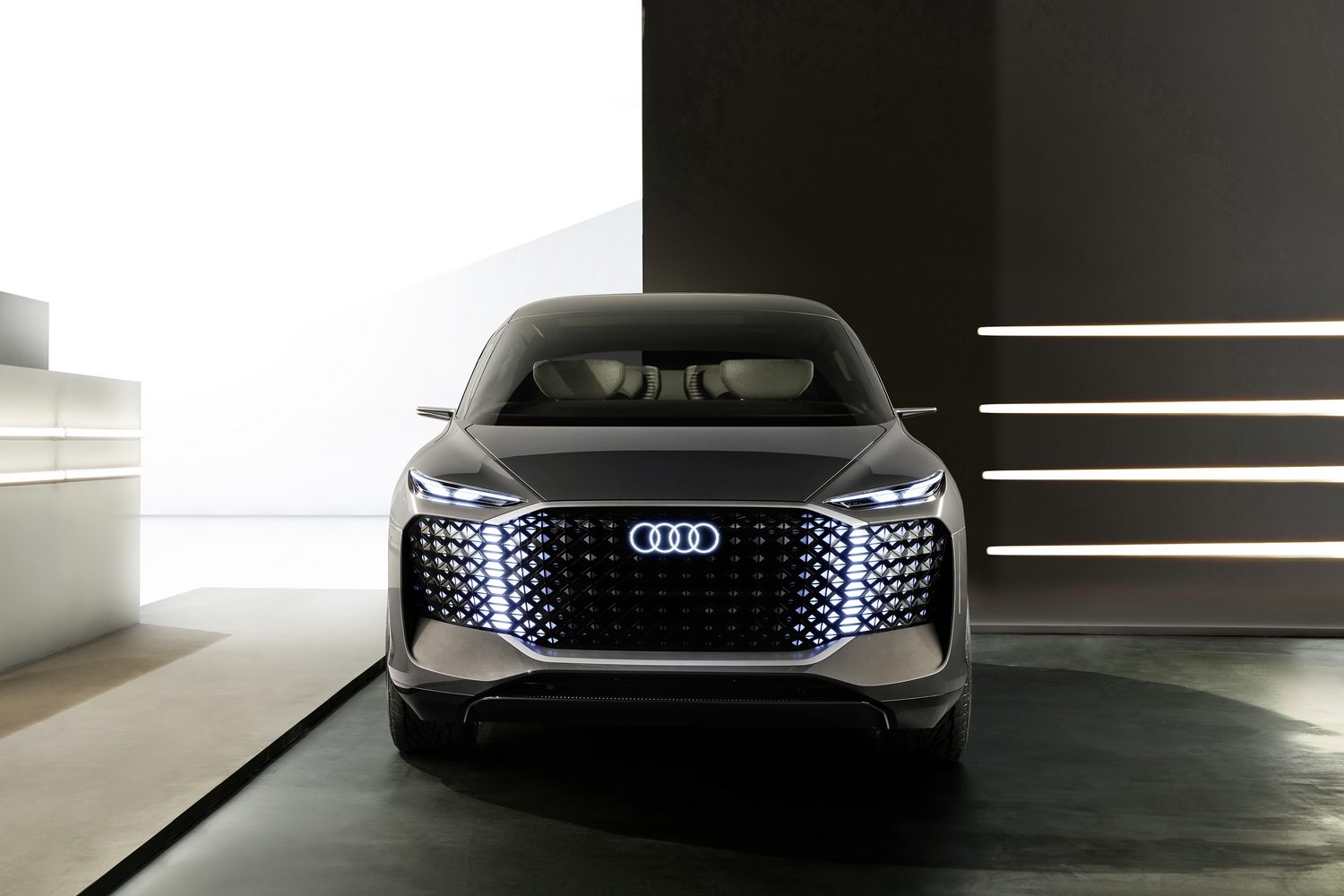 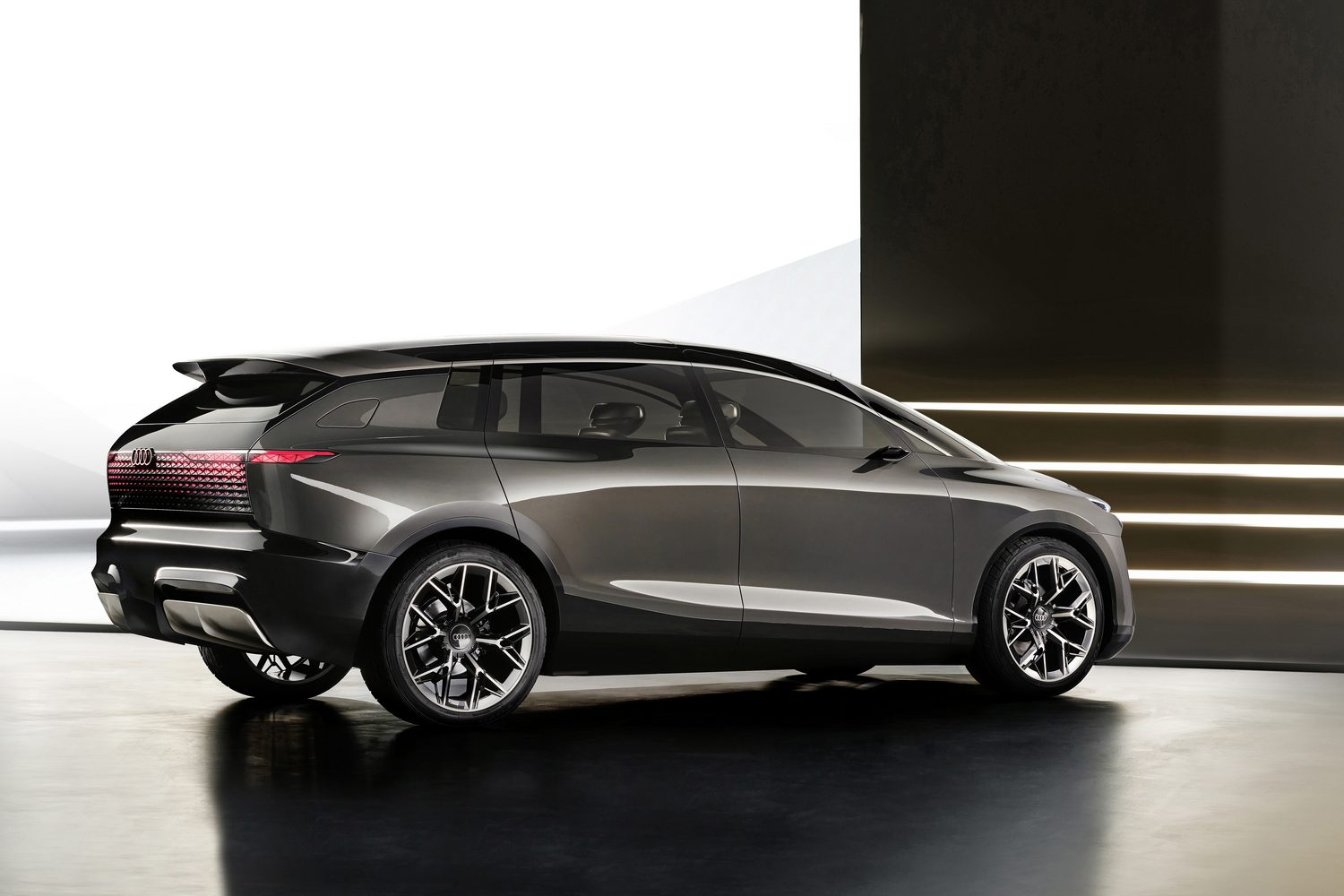 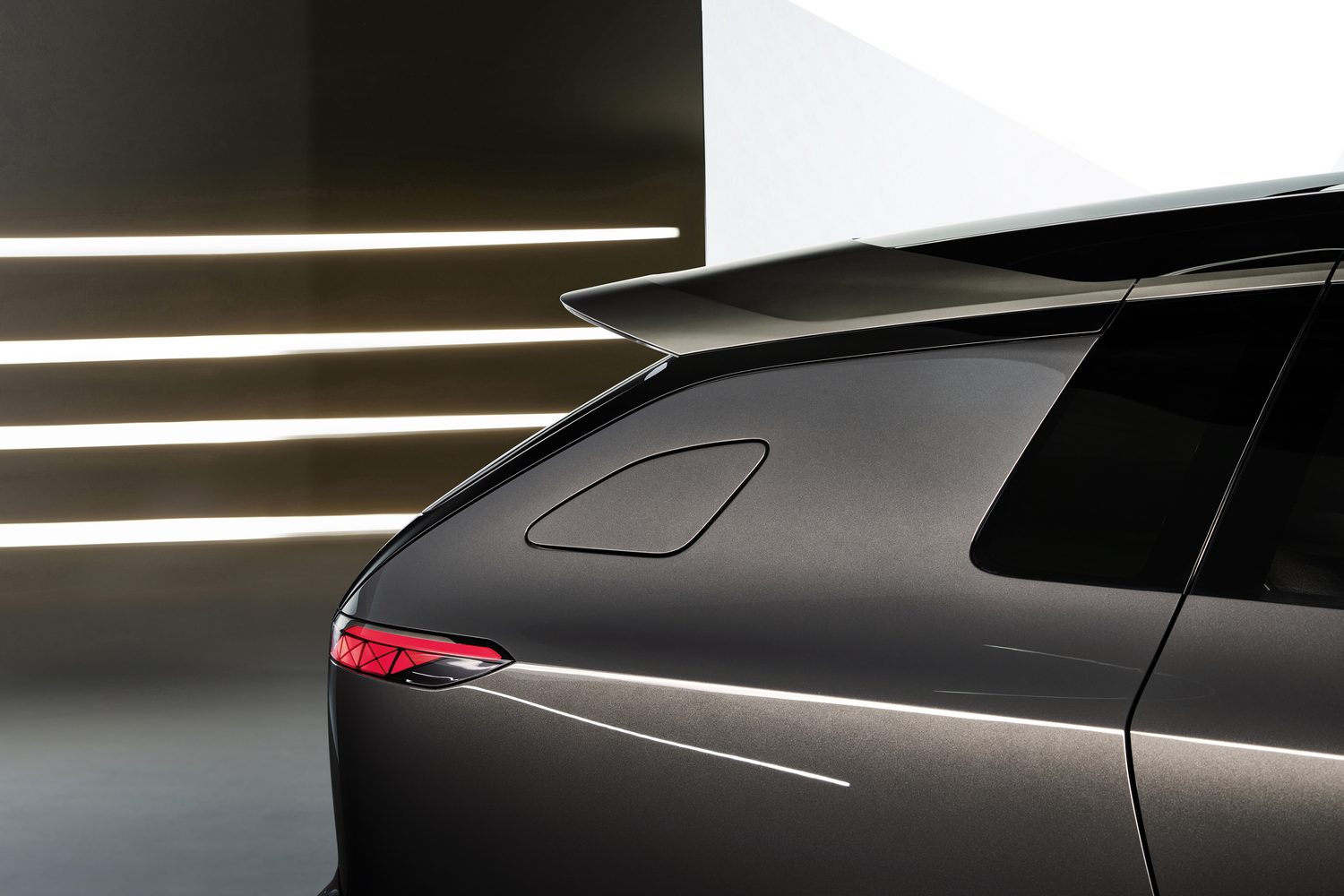 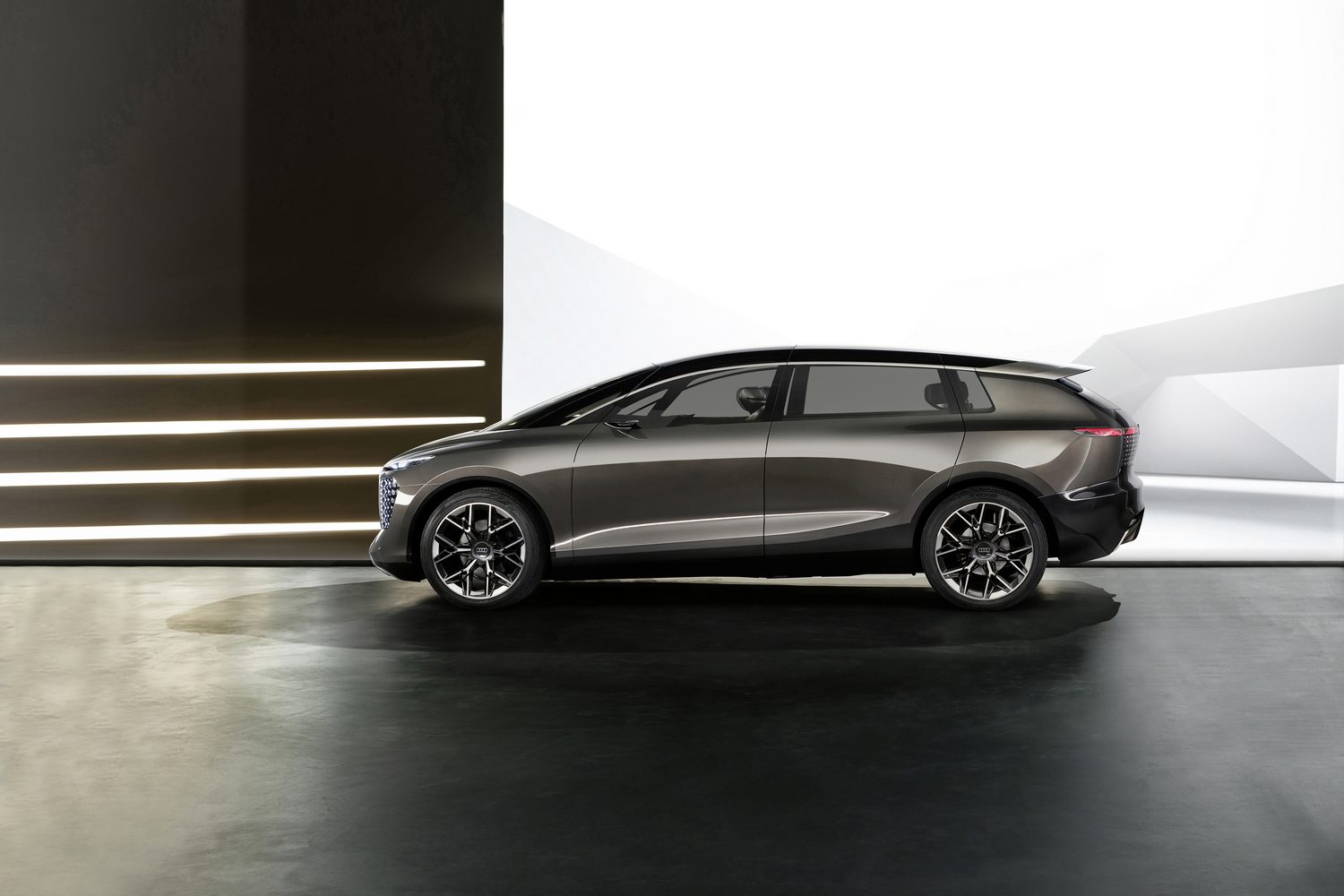 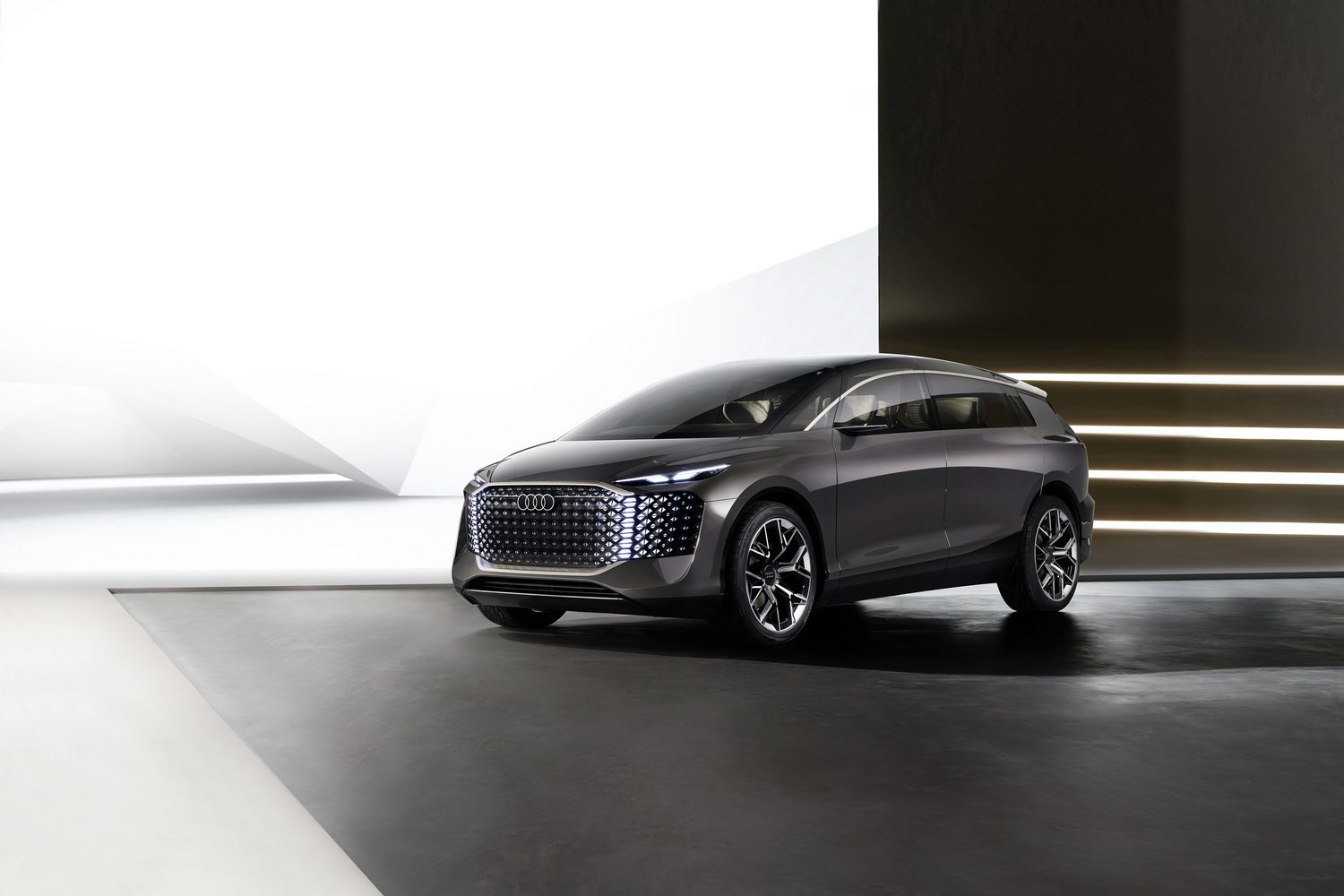 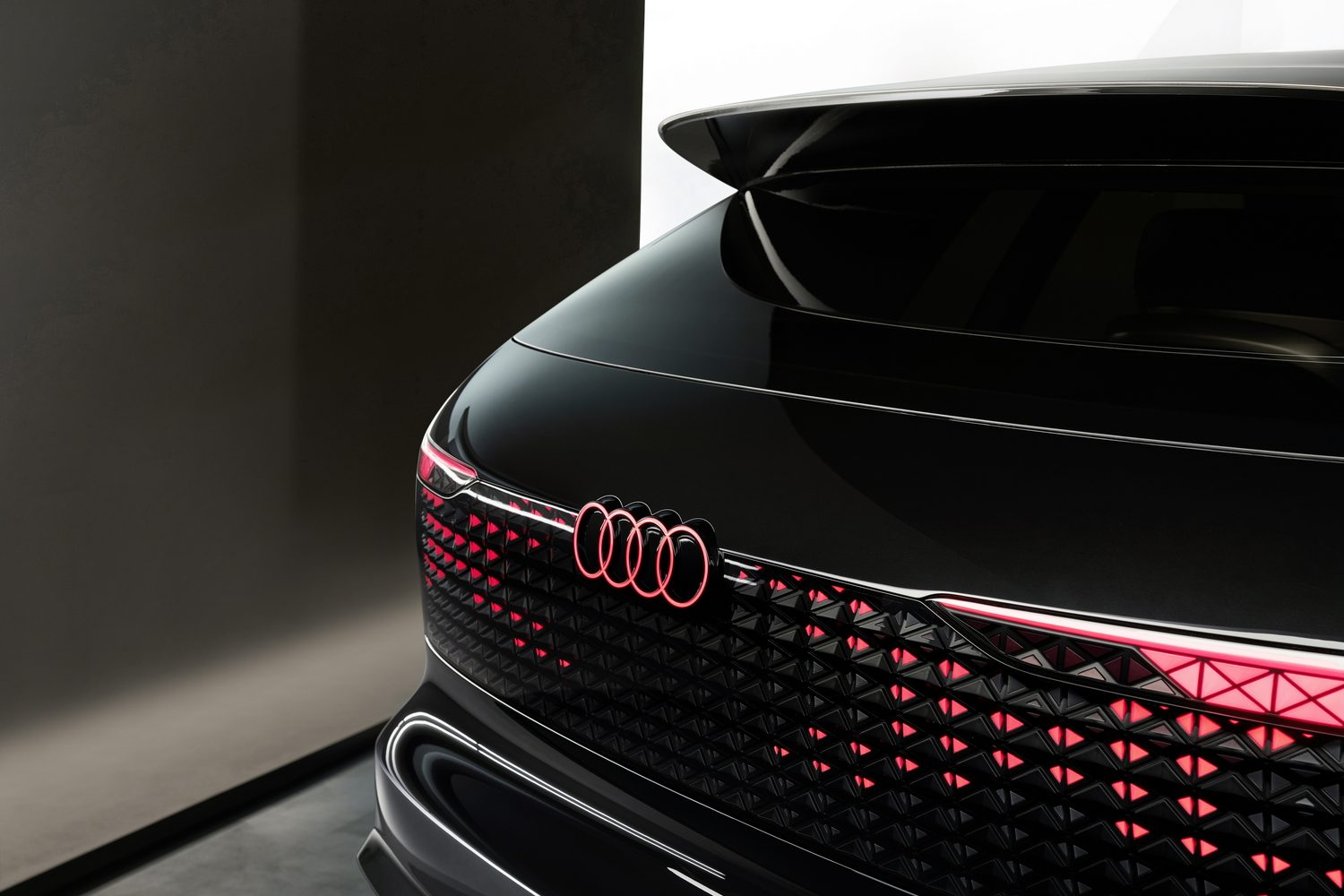 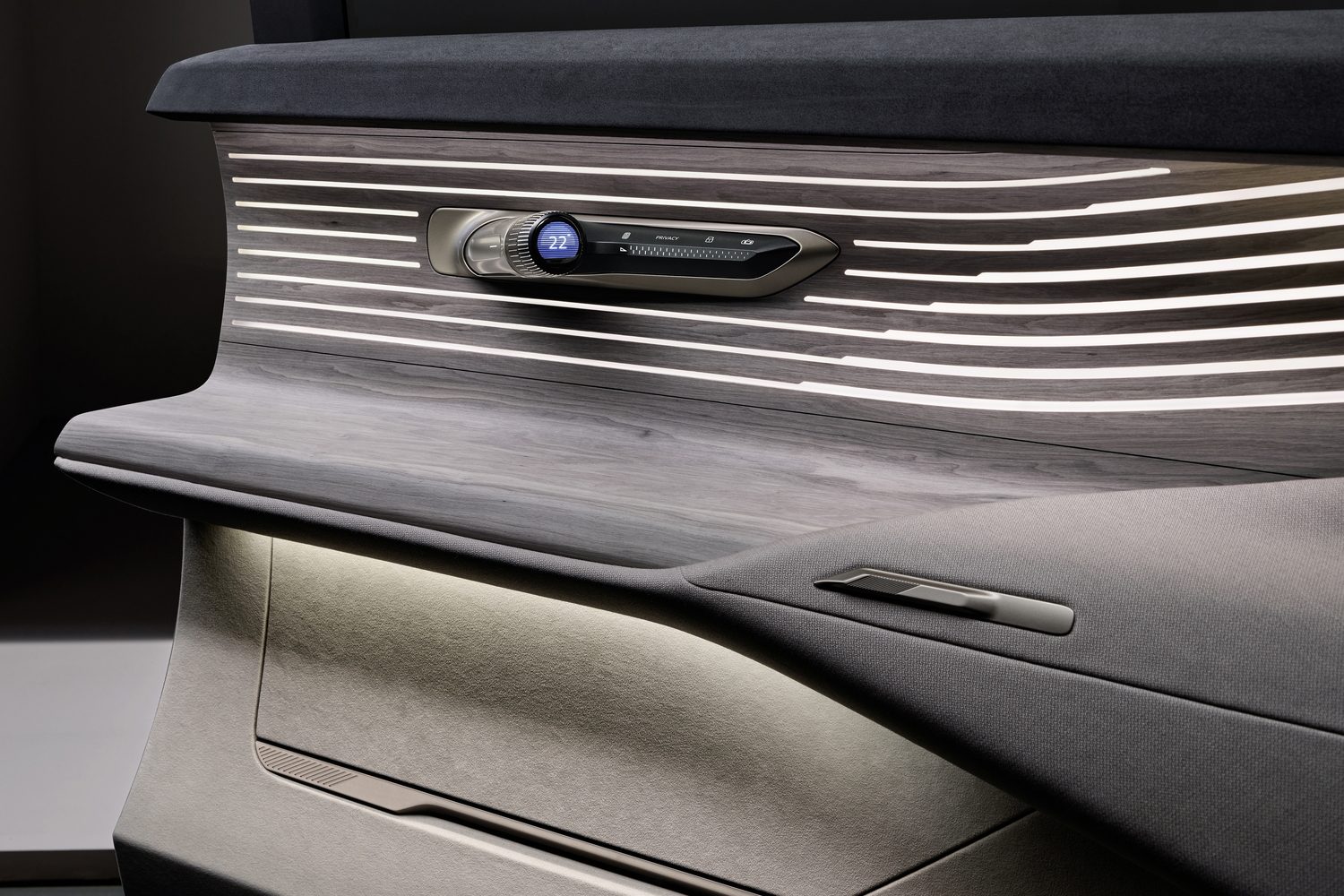 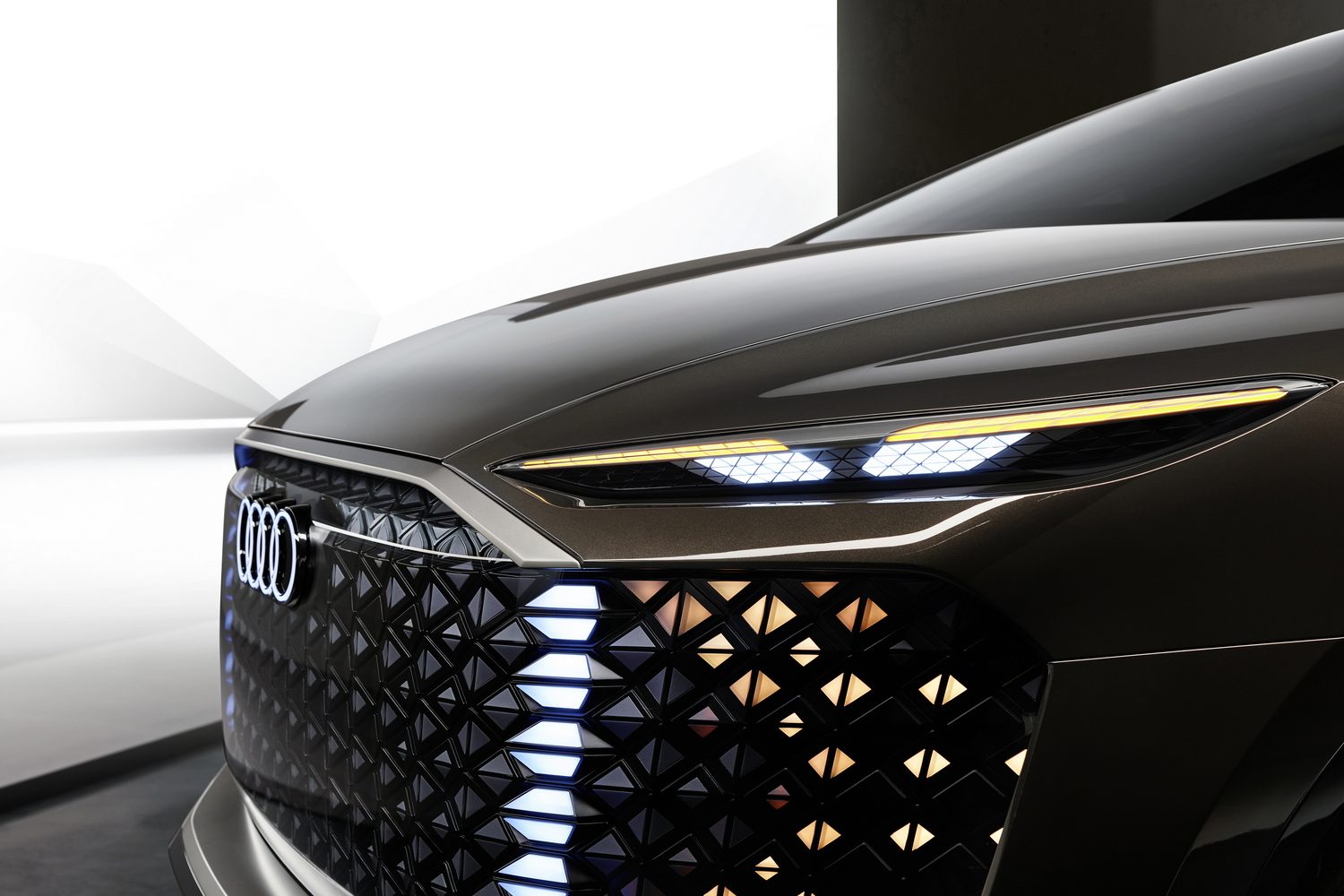 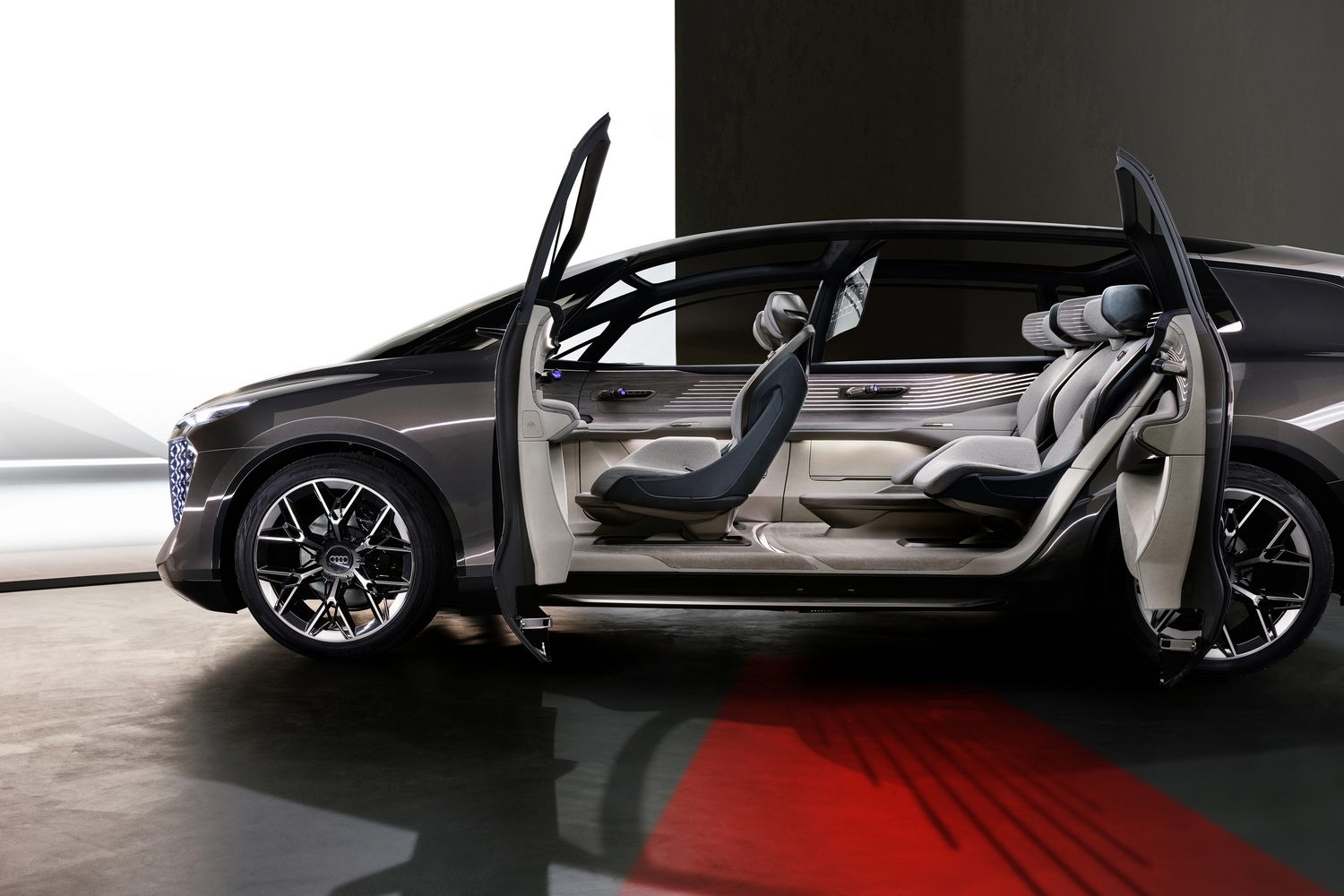 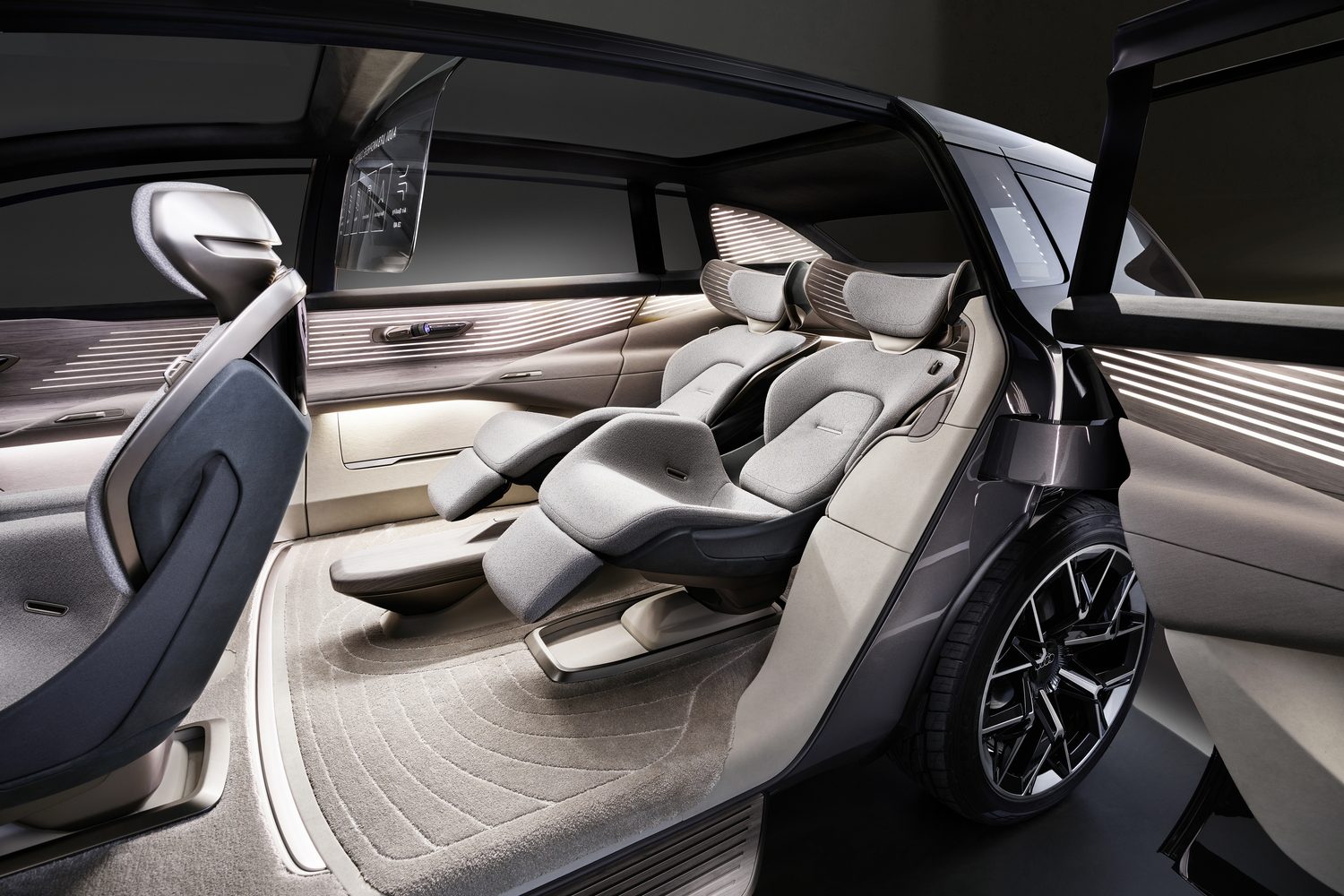 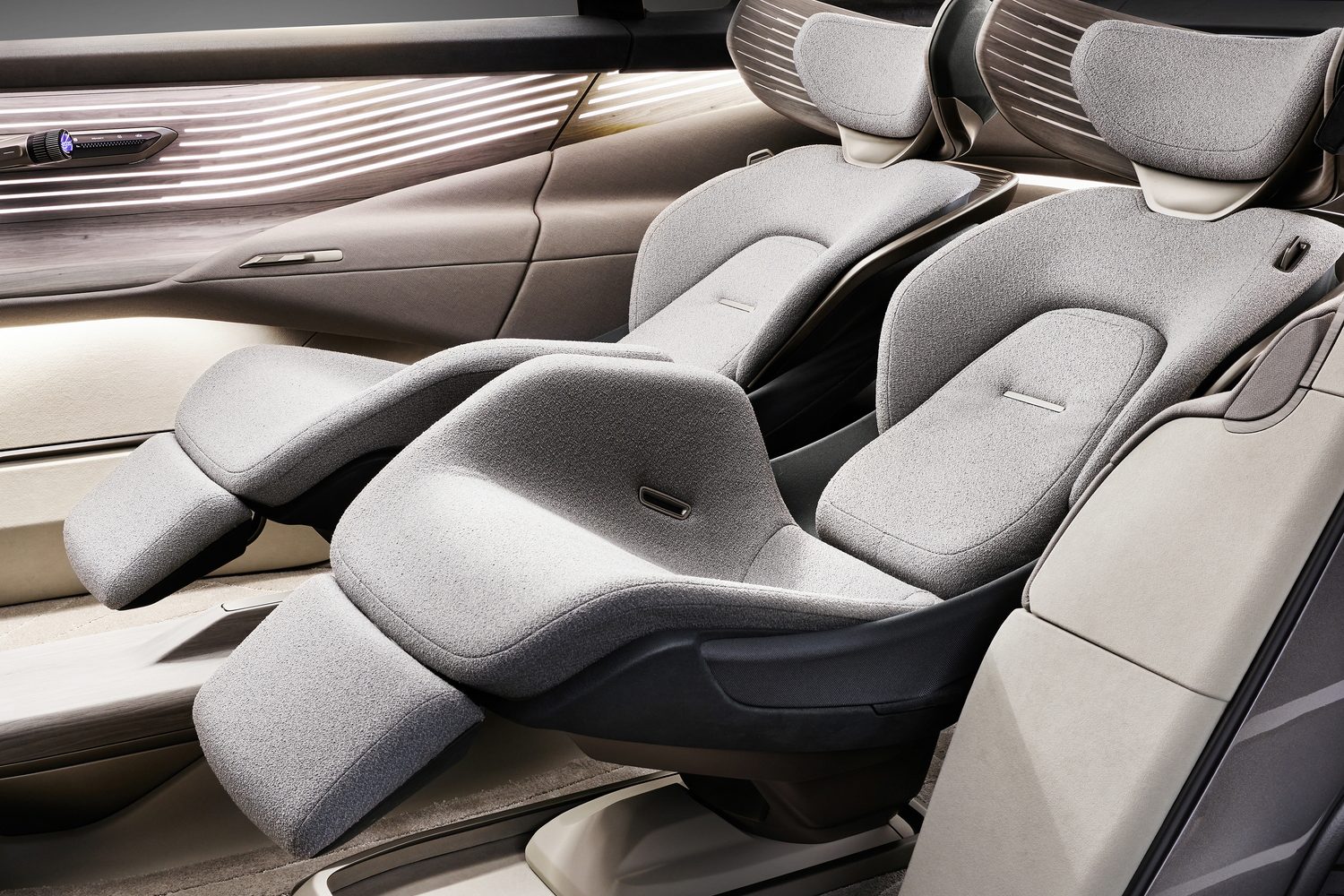 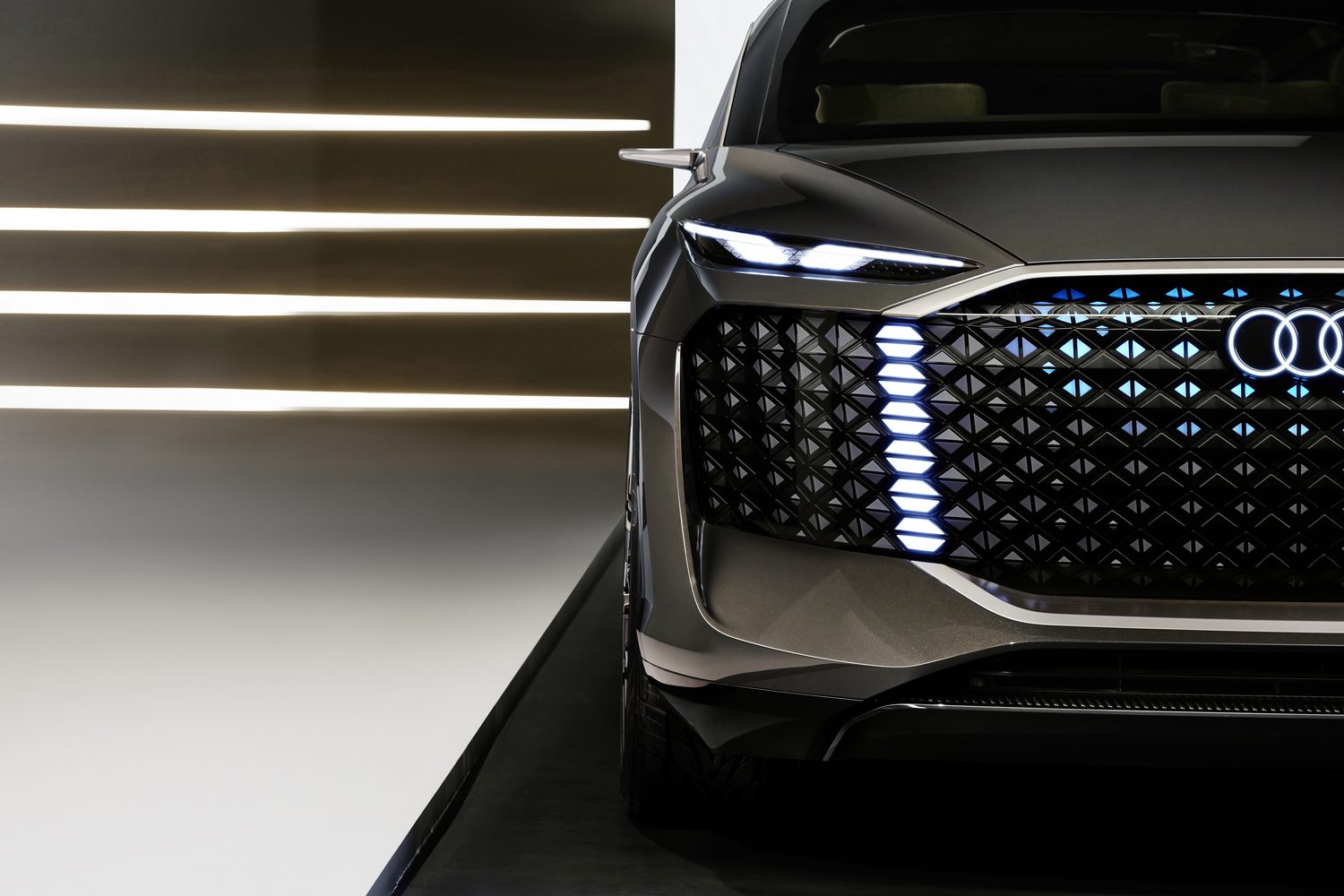 Audi has taken the covers off the third concept car in its 'sphere' series. This one is called the Urbansphere, and it was designed with high-flying Chinese urbanites in mind. That sounds like a fairly specific demographic, admittedly, but the Urbansphere was due to make its debut at the postponed/cancelled 2022 Beijing auto show.

A city car with limo dimensions

A glance might suggest that the Urbansphere is a compact city car, but don't be fooled by the mono-box profile and what appear to be relatively small wheels. Those alloys are actually 24 inches in diameter, which should tell you that the rest of the car is simply massive. Indeed, at 5.51 metres long, 2.01 metres wide and 1.78 metres tall, it's about the same height as an Audi Q7, while being wider and about half a metre longer.

Audi's designers have disguised some of the bulk with advanced new lighting, including the 'Audi Light Canvas' at the front that forms part of a new interpretation of the Audi Singleframe 'grille' design signature.

That idea is carried over to the 'Audi Light Umbrella' for use out of the car. It illuminates its user for safety reasons and also (cringe) 'for perfect selfies'.

Designed from the inside out

The reason for the gigantic exterior dimensions was, according to Audi, because the concept was designed from the inside out, with the needs of its passengers taking top priority. If those needs are to sit in a futuristic take on luxury with oodles of space in all directions, then job done by the looks of it. Oh, and it's only a four-seat car.

There's no B-pillar in the middle to hinder getting into the Urbansphere, while the seats swivel out to welcome their occupants-to-be and there's a 'red carpet of light' projected onto the ground as well. The rear seats can be tilted by up to 60 degrees, with extending leg rests, while passengers can also alter them for more privacy or to be more sociable with others in the car.

The infotainment suite is headlined by a massive transparent OLED screen that hinges from the roof, while there's a focus on wellness that allows each individual to use a private sound zone.

When the Urbansphere is in fully autonomous driving mode, the steering wheel and pedals are hidden away, while the dashboard is partly made up of projections onto special wood surfaces. Wool and synthetic fabrics are used elsewhere to explore use of more sustainable materials in a luxury car.

A new gesture interface is interesting, called MMI touchless response. It uses eye-tracking and gesture control to allow each person to alter a myriad of settings, no matter how reclined their seat.

Although the Urbansphere is unlikely to point to a future production Audi, it was created using the firm's new Premium Platform Electric (PPE) underpinnings, designed for large electric models. The Urbansphere features a 120kWh battery and an electric motor on each axle. Peak outputs are quoted as 401hp and 690Nm of torque, which seem a little extreme given the city focus of the concept.

Audi quotes a WLTP-ratified range between charges of up to 750 kilometres, while the 800-volt architecture allows for recharging on a DC fast charger at up to 270kW.

This electric platform will form the basis of the 2023 Audi Q6 e-tron SUV and also an electric A6.