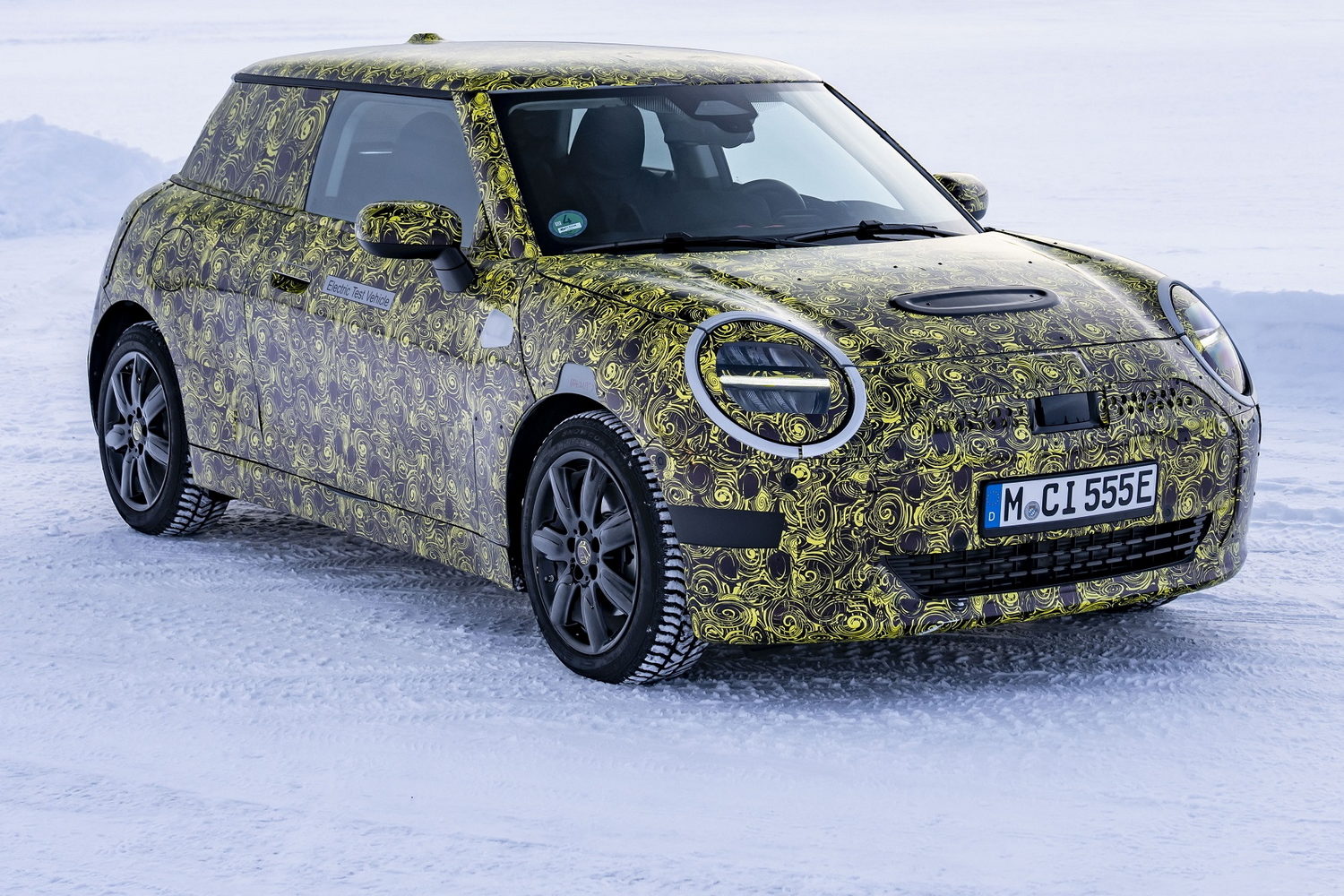 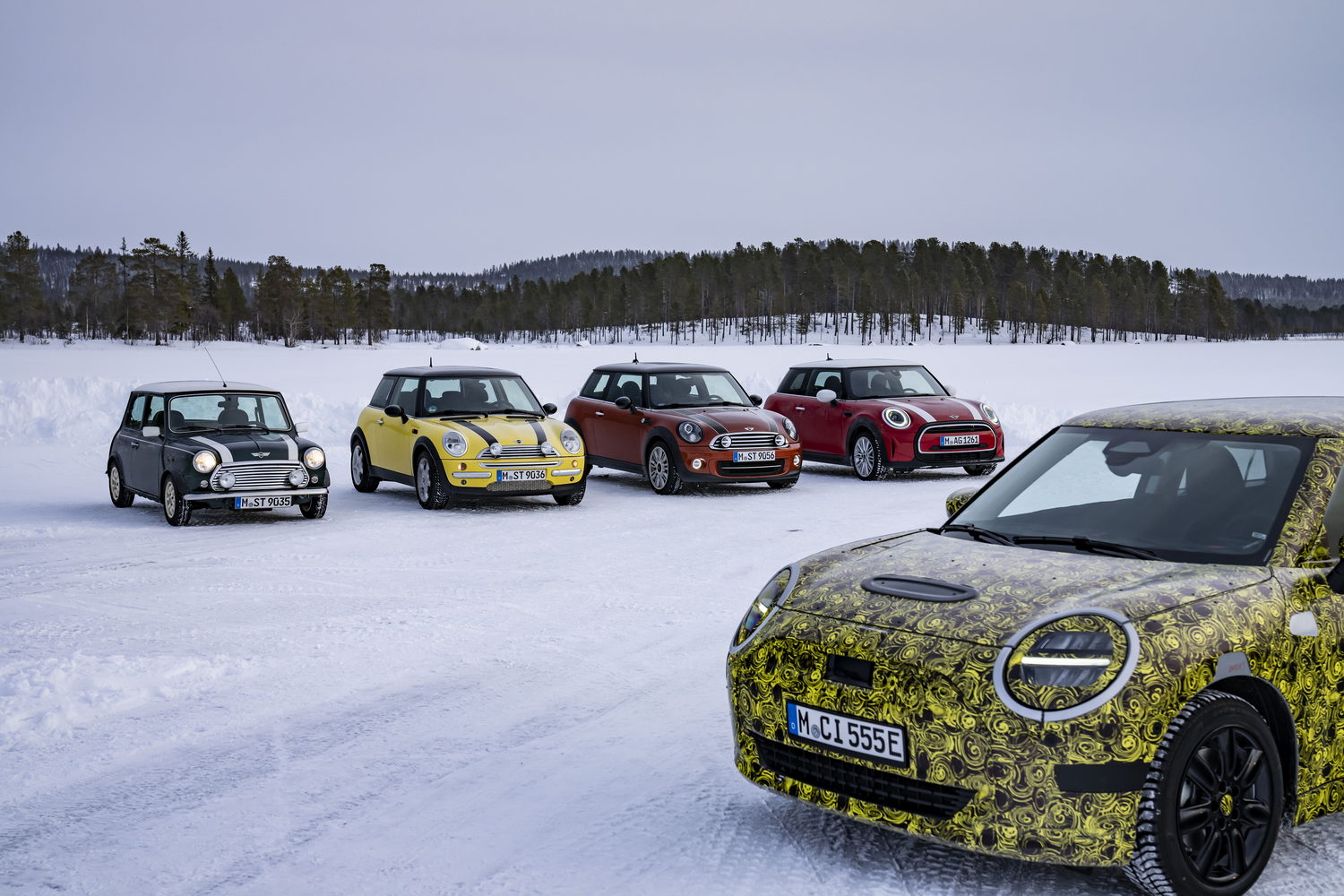 Arctic testing for new MINI EV; will be in Ireland in 2023.

The new MINI hatchback is well on its way to a 2023 launch, and the car is currently undergoing cold-weather testing north of the Arctic Circle in Arjeplog, Sweden. The MINI in these photos, under the camo, is the fully-electric version of the new hatchback.

"MINI is on a path of growth and heading towards a fully electric future. Our iconic MINI 3-door maximises the experience for our customers through its electrified go-kart feeling combined with digitalised touchpoints - and a clear focus on sustainability with a minimal environmental footprint," said Stefanie Wurst, Head of the MINI brand.

It's pretty clear from the photos that the styling of the current model - and indeed every MINI since 2001 - will be broadly carried over, but it also looks as if the front and rear overhangs have shrunk a little, making the MINI a little more compact on the outside. Indeed, according to MINI: "With its vehicle concept geared to fully electric driving fun from the outset, the new edition of the original is ideally suited to deliver inspiring hallmark MINI agility and the creative use of space, which guarantees plenty of room inside and a small footprint."

This electric MINI will not be built in the brand's traditional home of Oxford, in the UK. Instead, BMW has entered into an agreement with Chinese car maker Great Wall to co-produce and design the fully-electric version of the new MINI, and all battery-powered versions will be built in China. It's not yet known how much range nor performance the new electric MINI will have, but being as it sits on a dedicated EV platform this time around, it's likely to go considerably further than the 233km of the current model.

Petrol-engined MINIs will continue to be built in the Oxford factory, and will use a development of the current UKL1 chassis that will also underpin a new version of the Countryman SUV. BMW has this week shown off a sketch of how the new all-electric iX1 crossover will look when it's launched later this year, and being as it and the Countryman will share a chassis, we'd expect there to be a fully-electric Countryman too.

By 2027, MINI wants half of all its global sales to be made up of EVs, and the brand has said that it will launch its last new combustion-engined model in 2025. There's just a chance that a production version of the super-cool 'Urbanaut' mini-MPV will also make production, and rather more of a certainty that there will be John Cooper Works versions of the electric MINI this time around.

There are also early indications that the interior of the new MINI hatchback will mark a new phase in interior design, with rumours of high levels of personalisation through digital cabin surfaces, which also suggests that you'll be able to purchase upgrades and add-ons directly from the dashboard.

In the meantime, this electric version will continue putting in the testing laps on the frozen lakes of Arjeplog. According to a MINI spokesperson, "With every lap it completes on packed snow and ice, the test engineers can precisely tune the spontaneous power development of the electric motor, the control systems for optimising traction, the cornering behaviour, the suspension and damping characteristics as well as the character of the steering and braking system. The integrated application of all drive and chassis systems enables a mature degree of overall harmony, which will help the later production model to deliver a coherent and hallmark MINI balance of go-kart feeling and driving comfort."