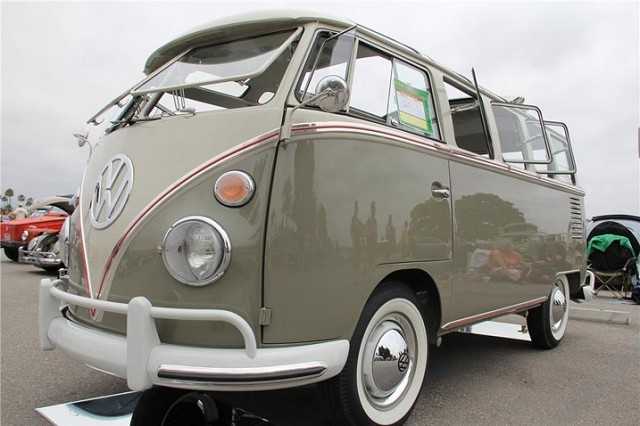 A 23 Window VW Bus attracted a record bid this week.

How much would you be willing to shell out for an old VW camper van? Our very own Kyle could be convinced to spend a great deal, but even €150,000 might be a bit too rich for his camper-lovin' leanings.

That's the price one bidder was prepared to go to in an effort to secure this immaculate 1963 23 Window Bus. It was up for auction in Orange County, New York and was described by auctioneers Barrett-Jackson as "one of the most desirable vehicles in the world".

In "museum quality" condition, the VW has a 1.5-litre flat-four engine and four-speed manual gearbox. Finished in Mouse Grey, it has a cabin with mohair roof lining, the original door latches and radio, along with restored ash trays and luggage rails.

The rest of the VW Bus has been sympathetically restored to original condition. It has not been modified or customised, which also helped raise the price to a world record level.