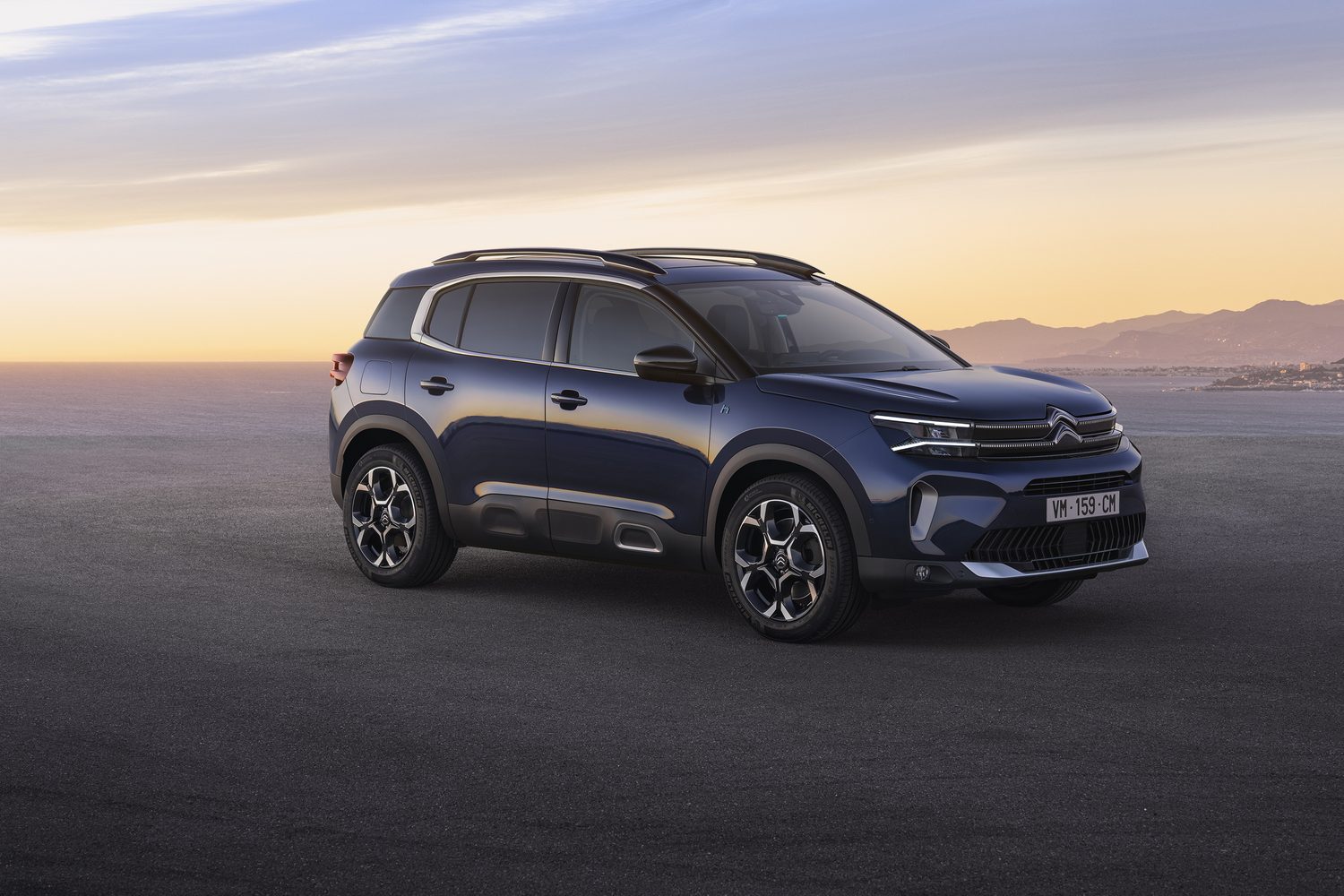 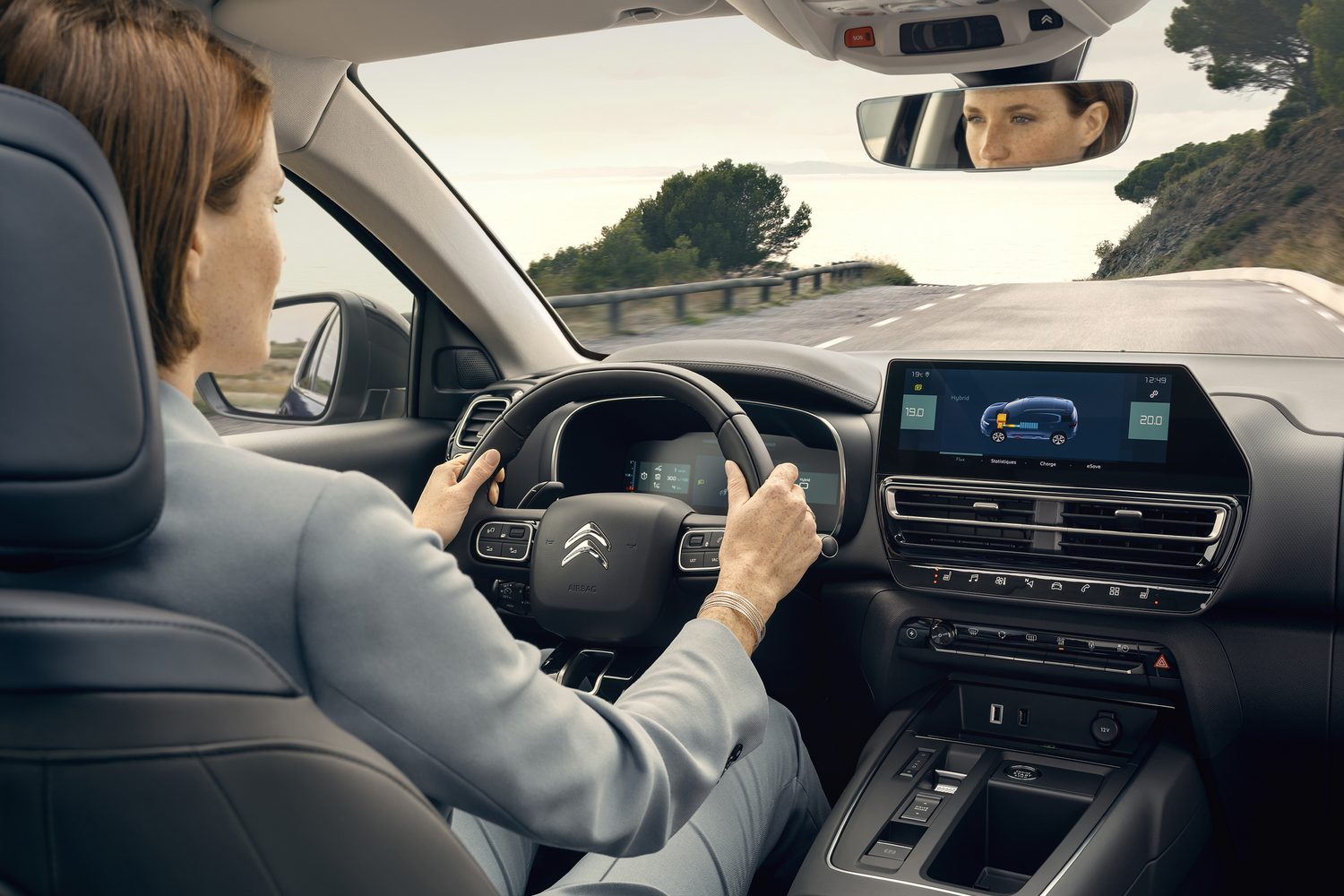 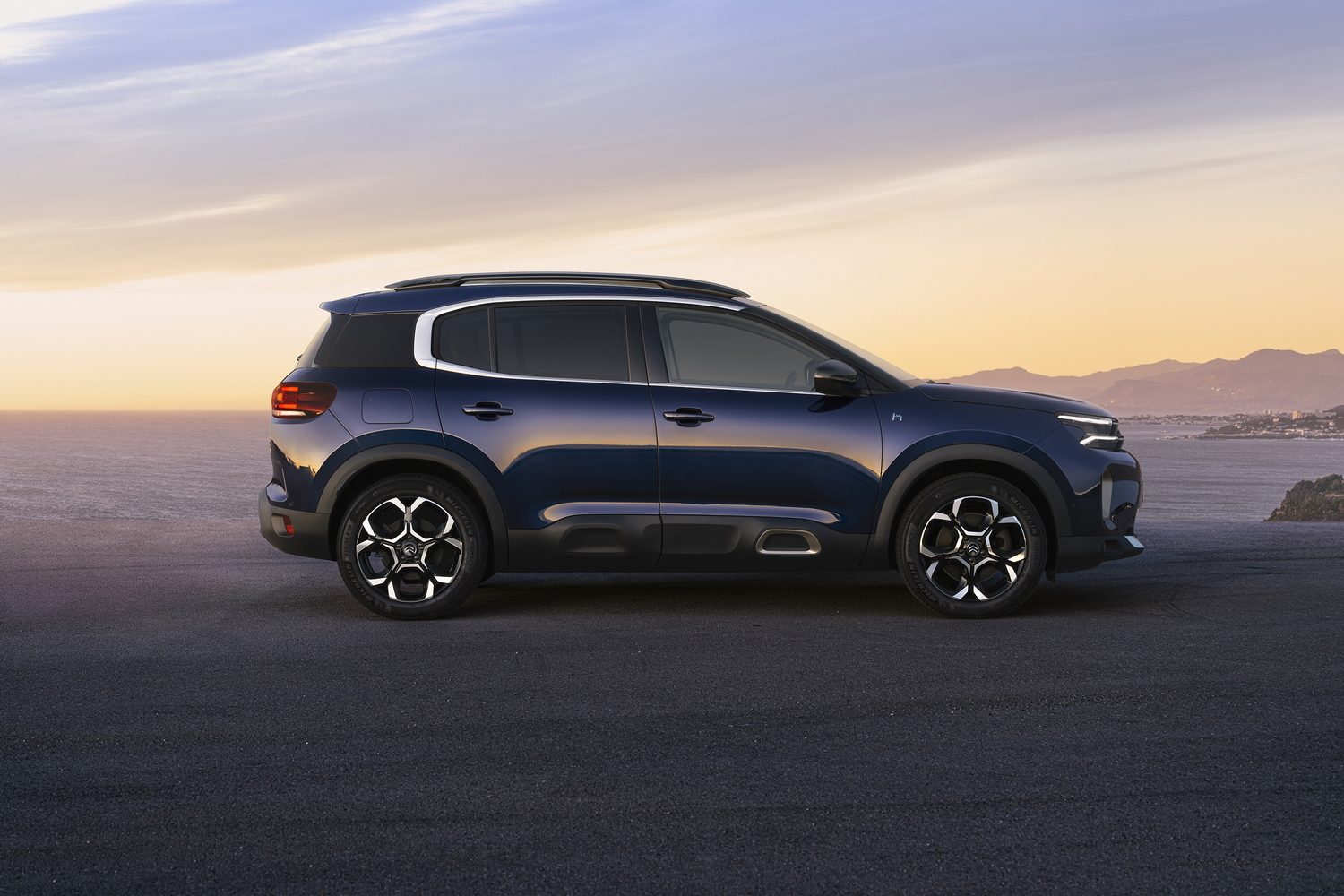 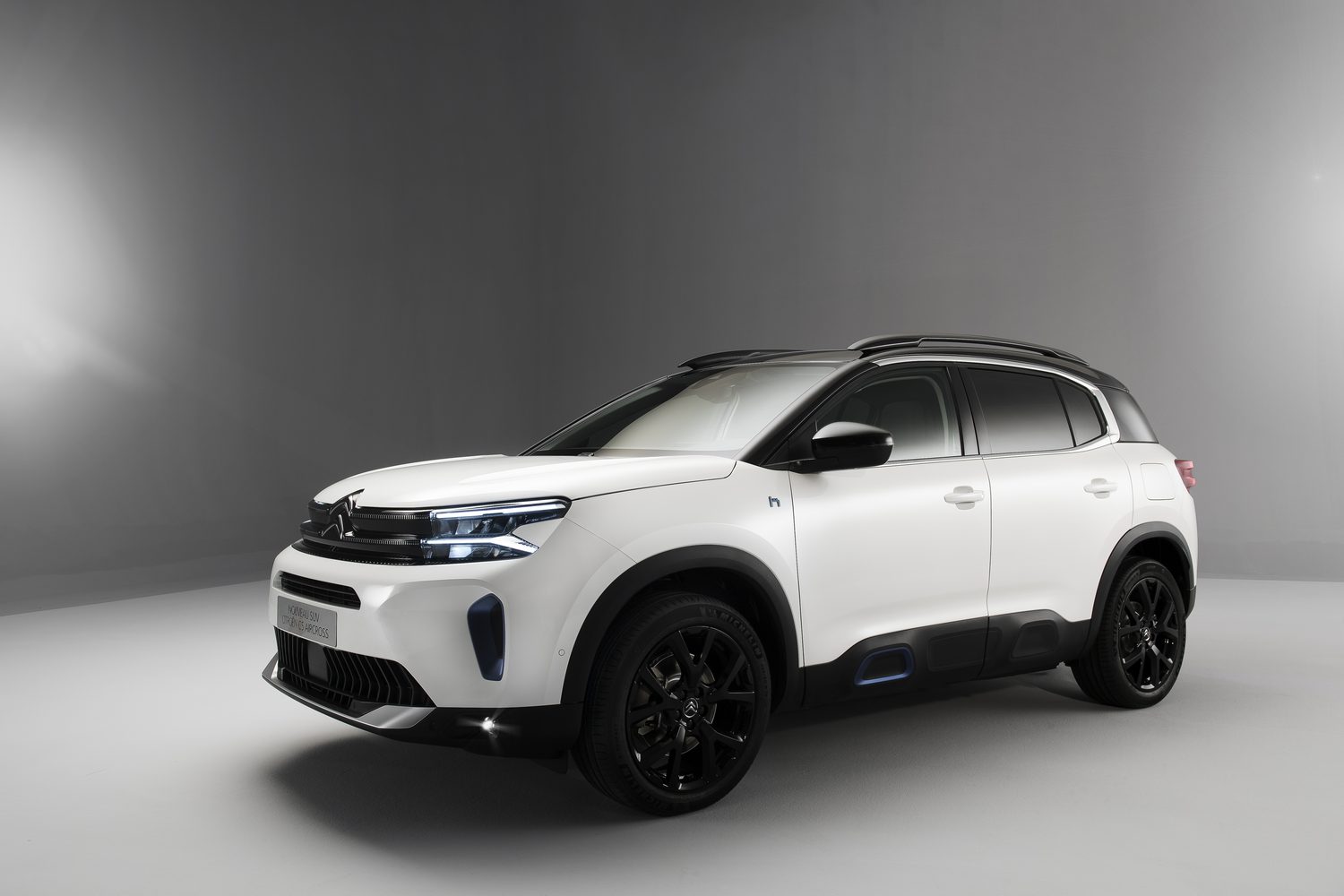 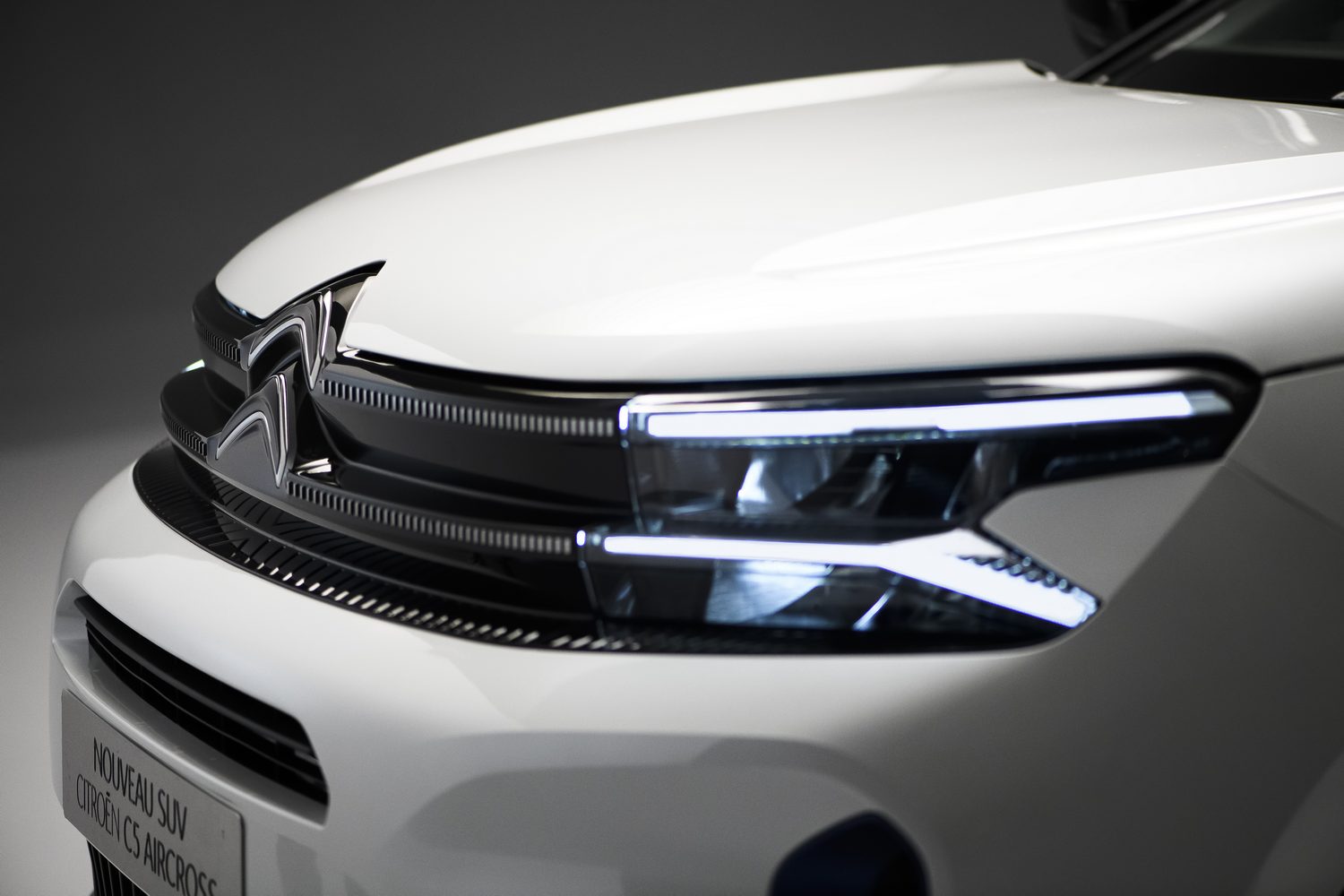 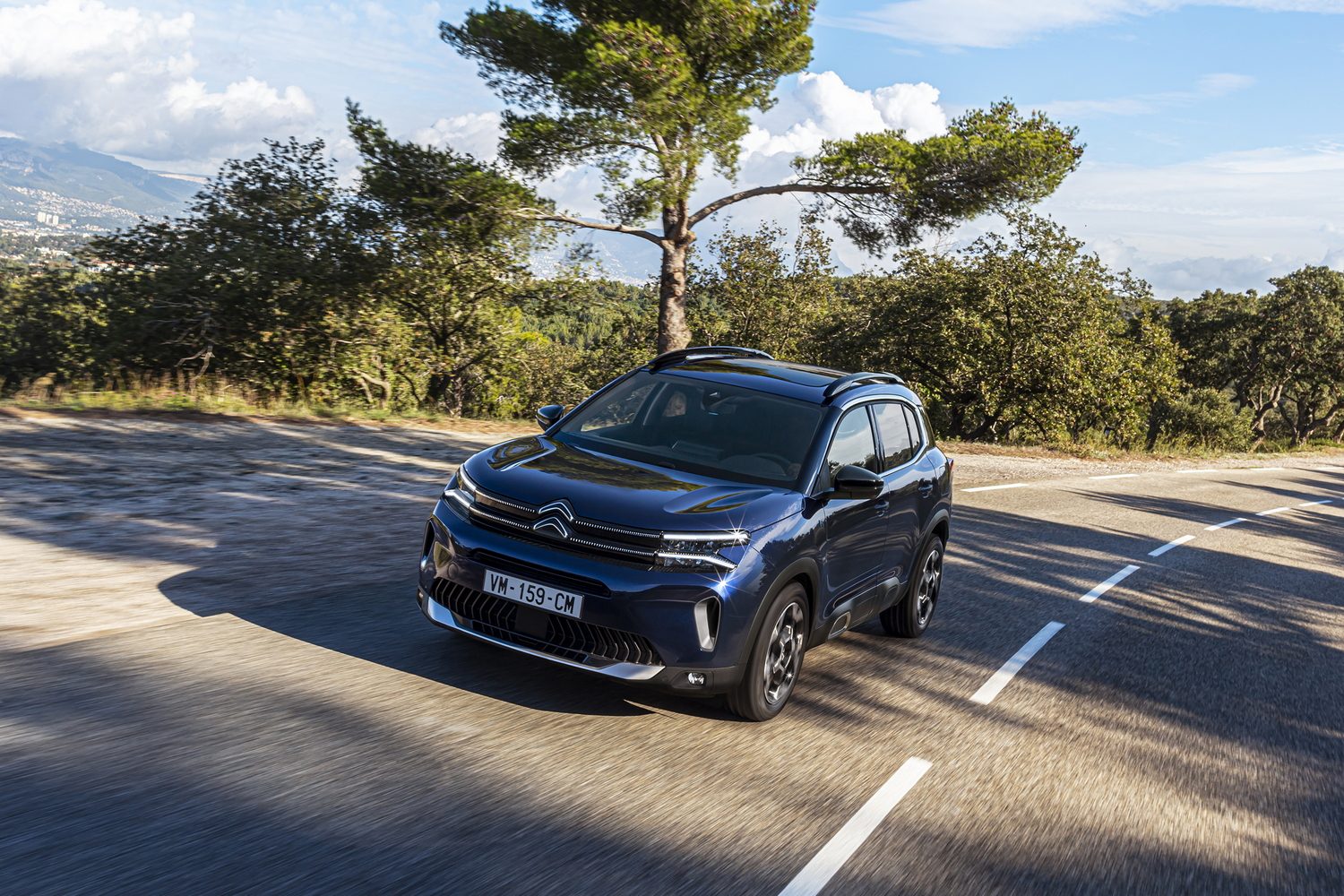 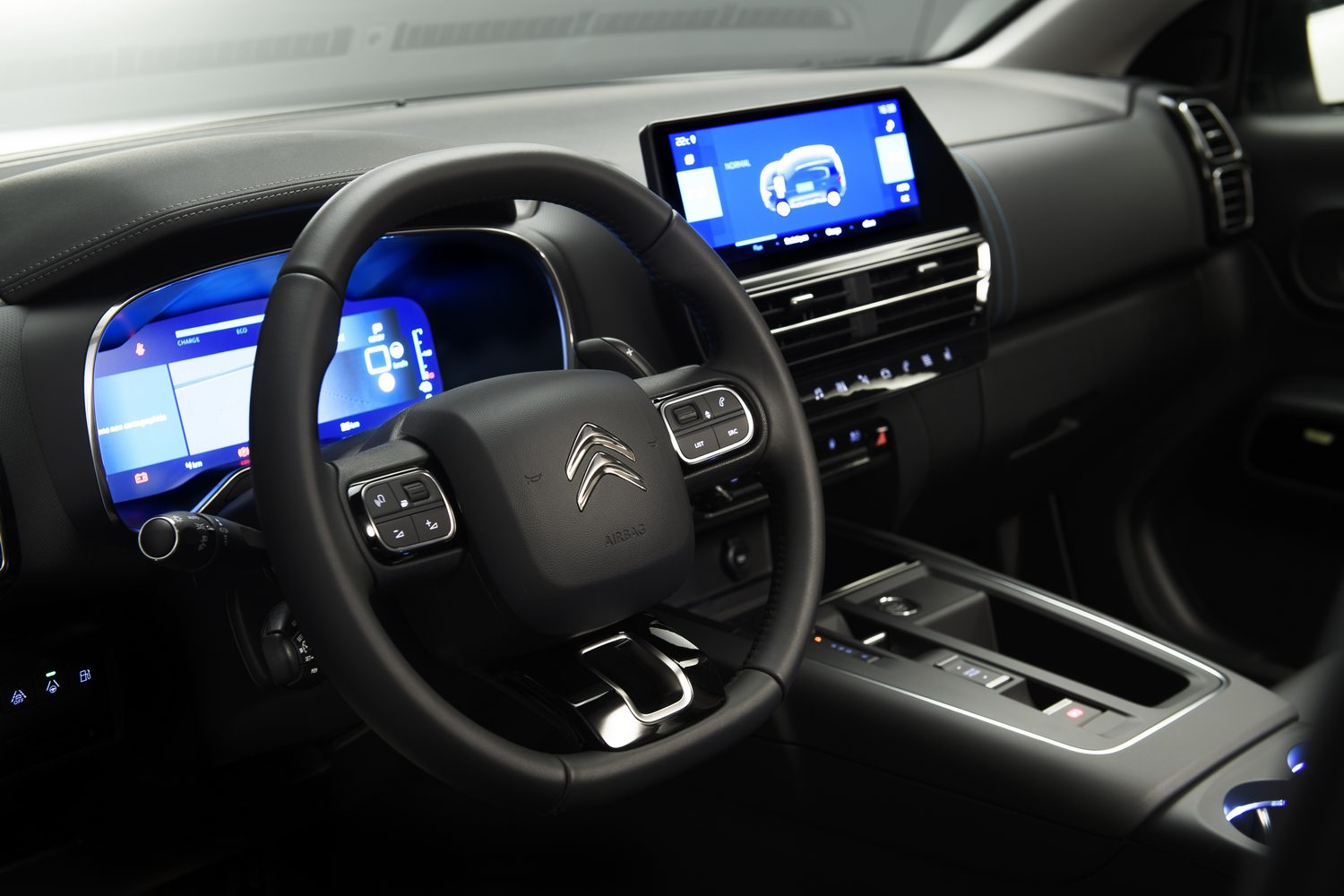 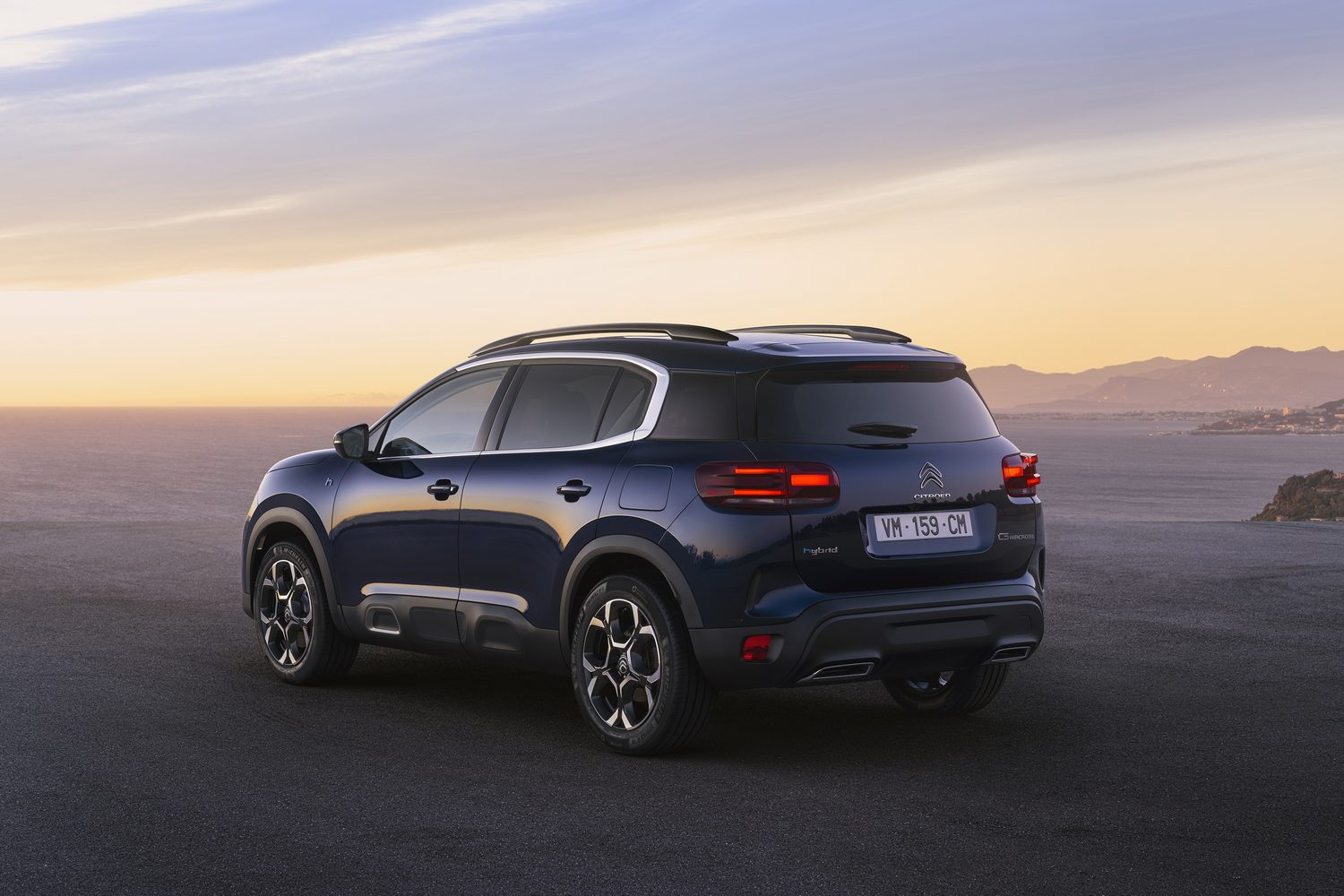 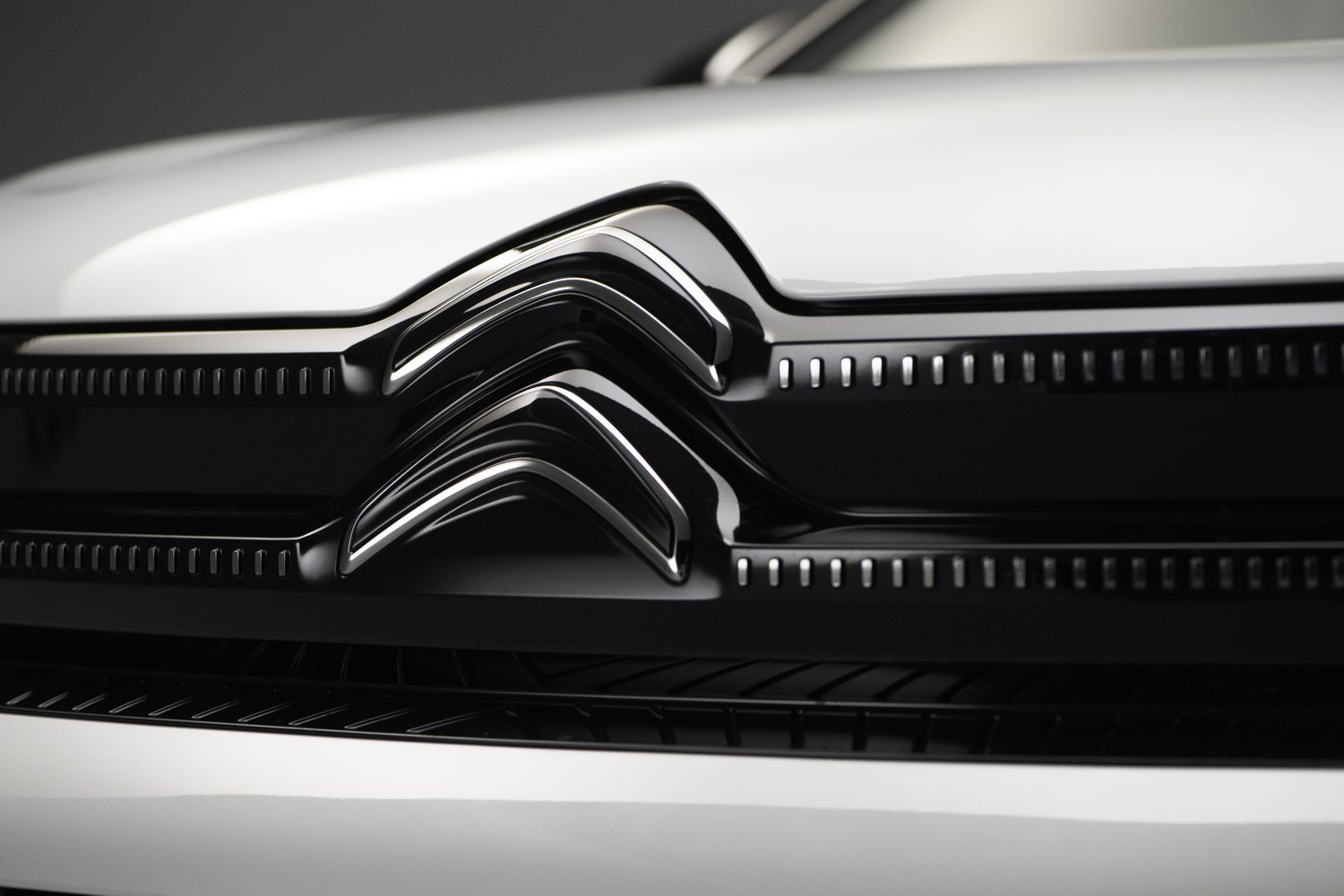 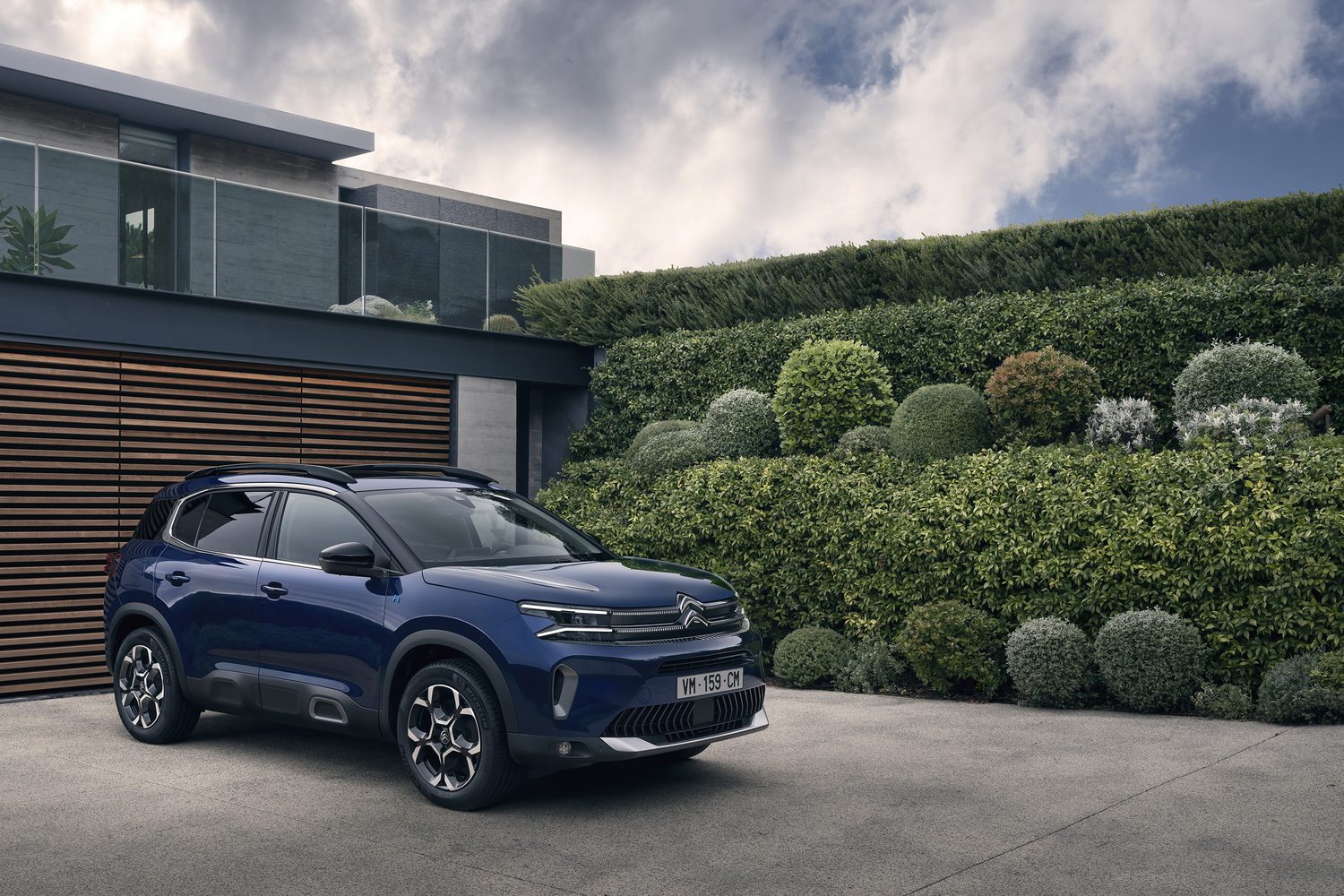 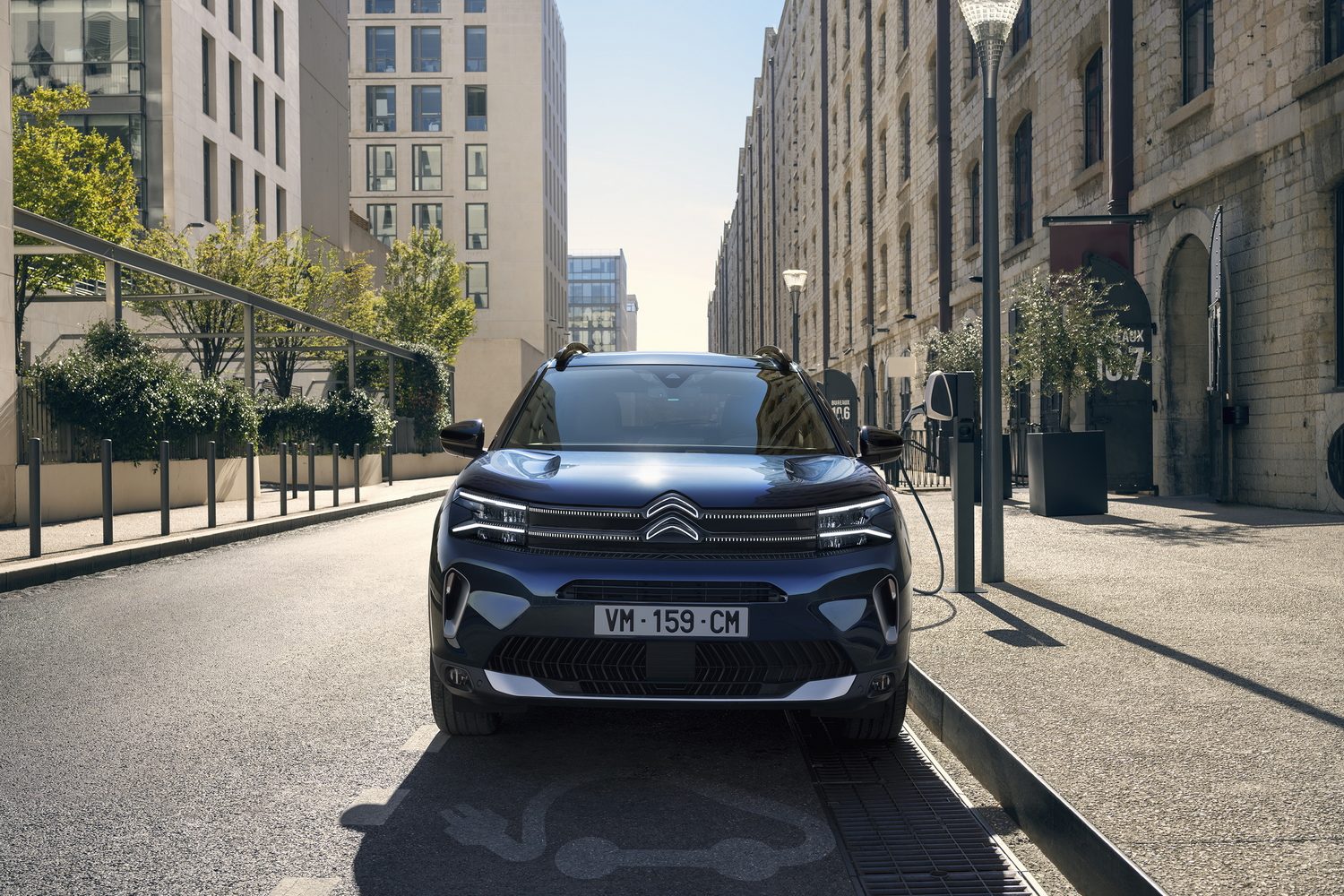 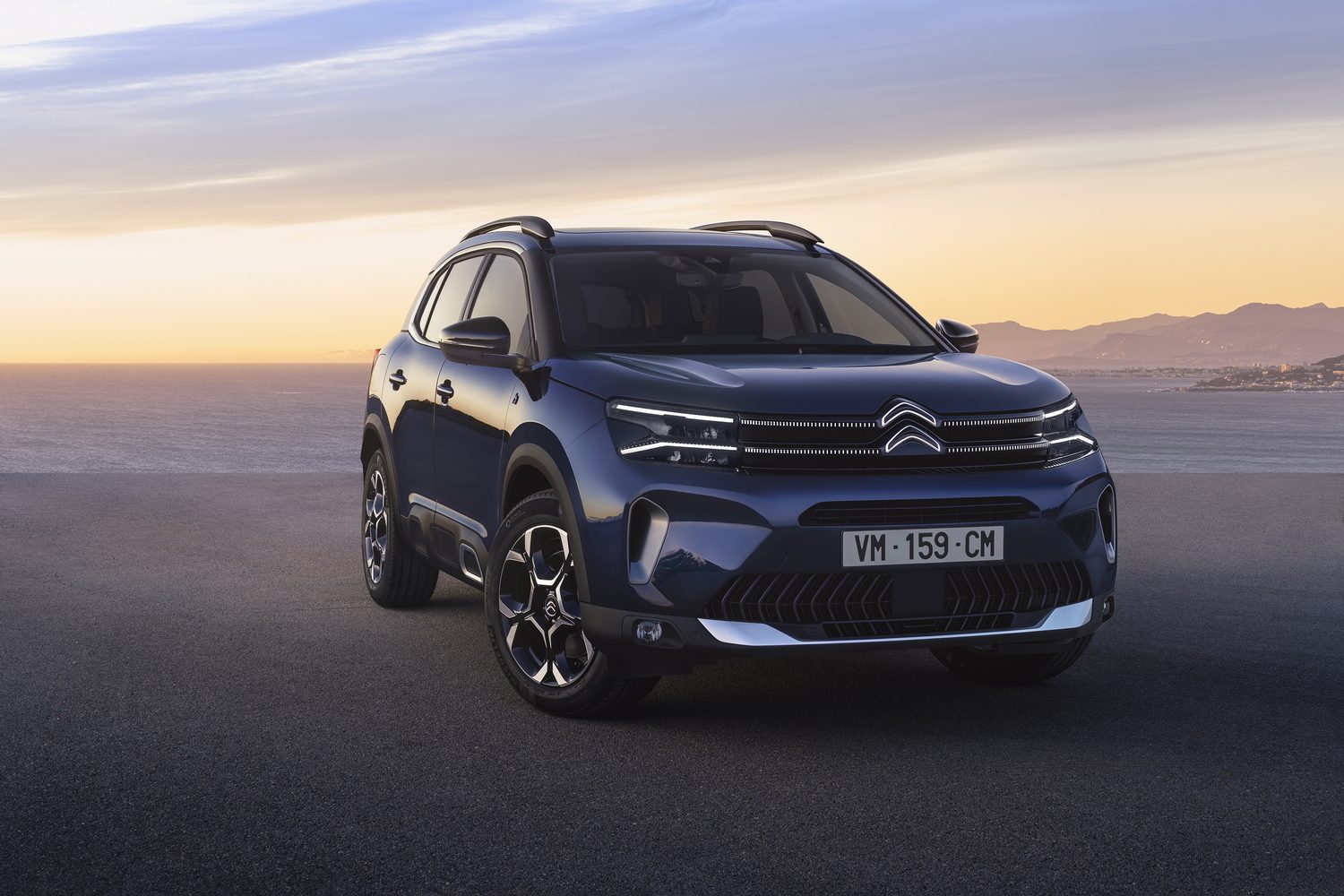 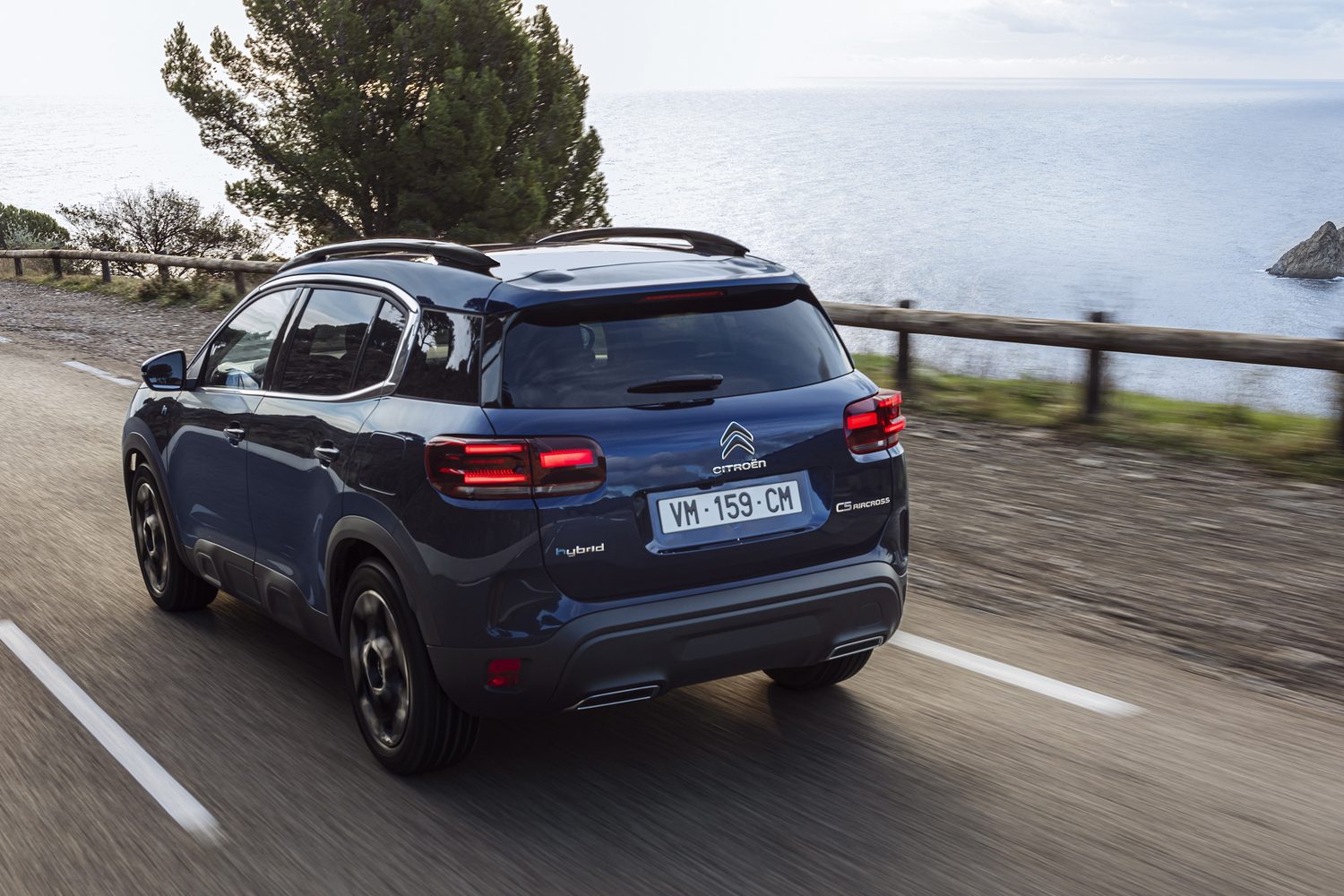 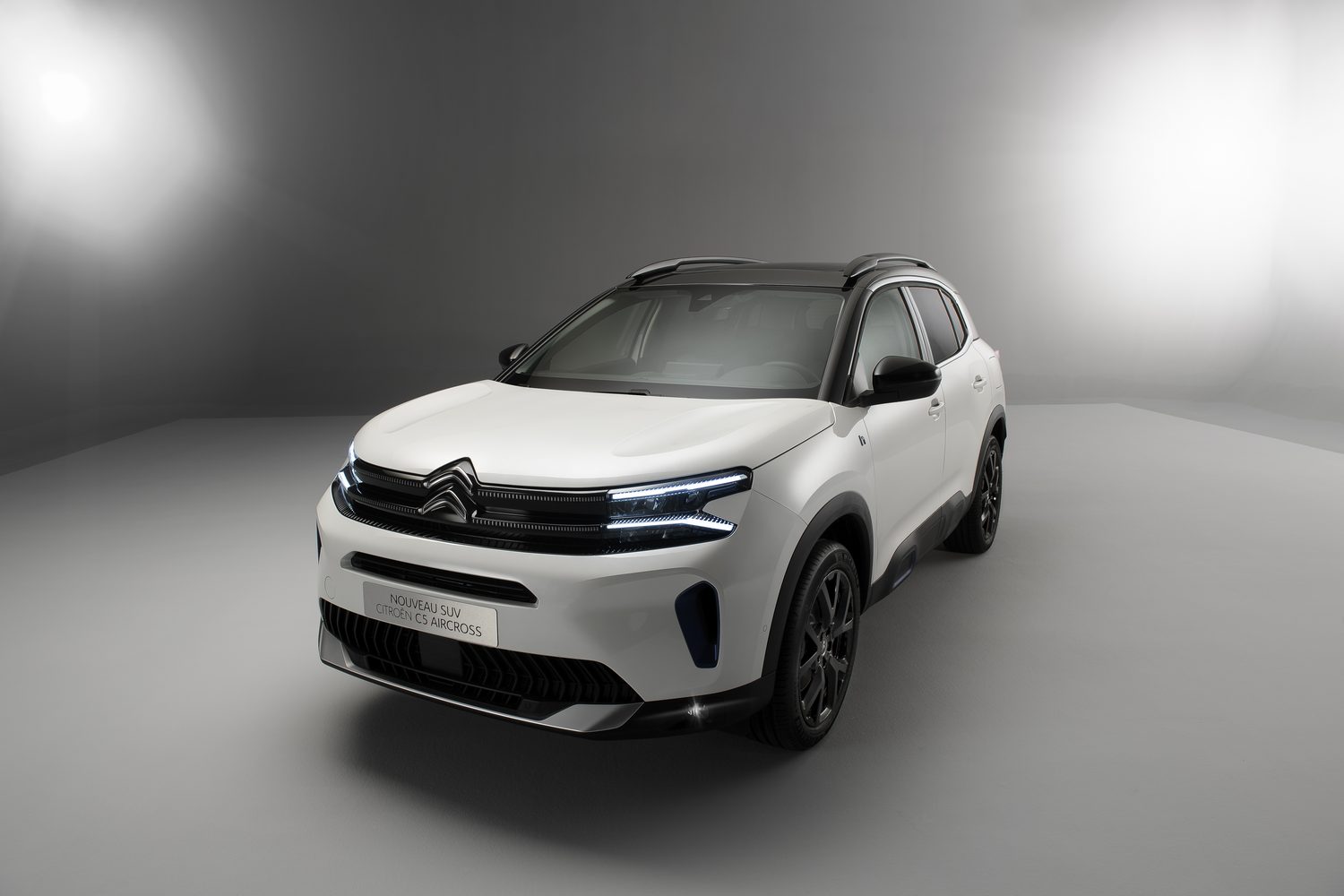 Citroën has revealed a facelifted and updated version of its C5 Aircross SUV.

Citroën has unveiled a new, facelifted version of its C5 Aircross SUV with a host of visual upgrades and technical enhancements. The C5 Aircross first went on sale in Europe in 2018, and since 2020 has been Citroën's best-selling car in Ireland.

Starting with the exterior, the front end of the C5 Aircross has been refreshed to give it a more modern look in tune with its stablemates, the C4 and incoming C5 X - the latter of which is due later this year. The Citroën double-chevron is now bigger than before and set against black lacquer with chrome surrounds. Larger, wider air intakes and air curtains give the Aircross a slightly more muscular look, while also benefitting the SUV's aerodynamics.

In profile, the black B-pillar helps to give something of the impression of a floating roofline and the Aircross's 230mm of ground clearance is evident, as are the Airbumps at the base of the doors that help prevent against car park scuffs. The rear lights have been revised too with dark, structured glass that, combined with the three LED light modules, give the taillights a three-dimensional effect.

There'll be six different paint colour options to choose from as well as the option to specify accents such as the air intake surrounds and Airbumps inserts in contrasting colours. A deep blue colour known as Eclipse Blue is a new option, which can, depending on the light, appear to be black.

Quite a bit has changed inside the C5 Aircross, with a new, bigger ten-inch touchscreen and improved infotainment interface. The 12.3-inch digital driver display has been redesigned, the fascia reworked and a host of new material and colour options added. The armchair-like seats have been made more comfortable with the addition of an extra 15mm layer of memory foam designed to resist sagging over time. Seat heating and massage functions are available, as before.

The back retains its three separate sliding and folding seats and, because of their ability to move, the boot space can grow or shrink accordingly. In petrol and diesel models, with the seats in their rearmost position, the boot swallows a respectable 580 litres of luggage; with all the seats slid forward that expands to a substantial 720 litres. With its 13.2kWh battery in the rear, the hybrid version's dimensions are a little smaller at 460 litres and 600 litres, respectively.

Keeping the occupants safe as well as taking away a little of the driver's workload is a range of driver assistance systems including Highway Driver Assist, Adaptive Cruise Control with Stop & Go functionality and an active lane departure warning system.

Under the skin, the C5 Aircross keeps the same range of petrol and diesel engines, as well as the same plug-in hybrid option. That means, in order: a 1.2-litre turbocharged petrol unit, 1.5- and 2.0-litre turbodiesels and, finally, a 1.6-litre petrol engine mated to a battery and electric motor. The latter hybrid option can deliver 225hp in total and, at speeds of up to 135km/h is capable of around 50km or so of electric-only running. The plug-in hybrid model will be compatible with a smartphone app through which owners will be able to monitor their charging and delay the process to avail of cheap night-time electricity rates. With a 7.3kW domestic wallbox, the battery can be recharged from empty in around two hours.

The Progressive Hydraulic Cushion suspension should also provide a soft and comfortable ride by dissipating energy from sudden jolts, meaning that it should really be quite well suited to Irish roads.

When is the updated C5 Aircross arriving in Ireland?

Pricing for the updated C5 Aircross will be announced in March with the first models due to hit Irish showrooms in June. With prices for the current petrol and plug-in hybrid models starting from €35,080 and €45,230 respectively, expect something a little north of that for the newly refreshed model.