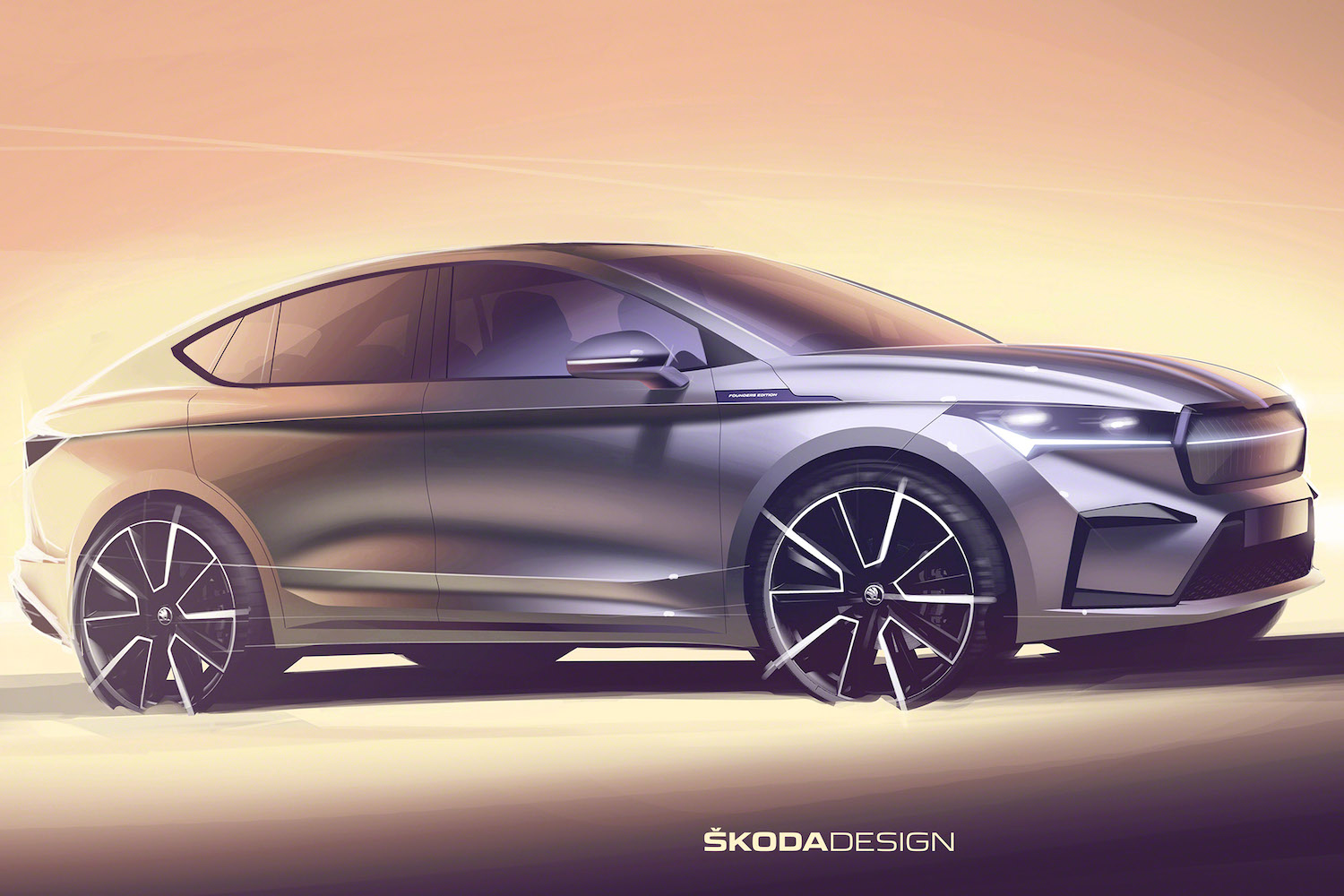 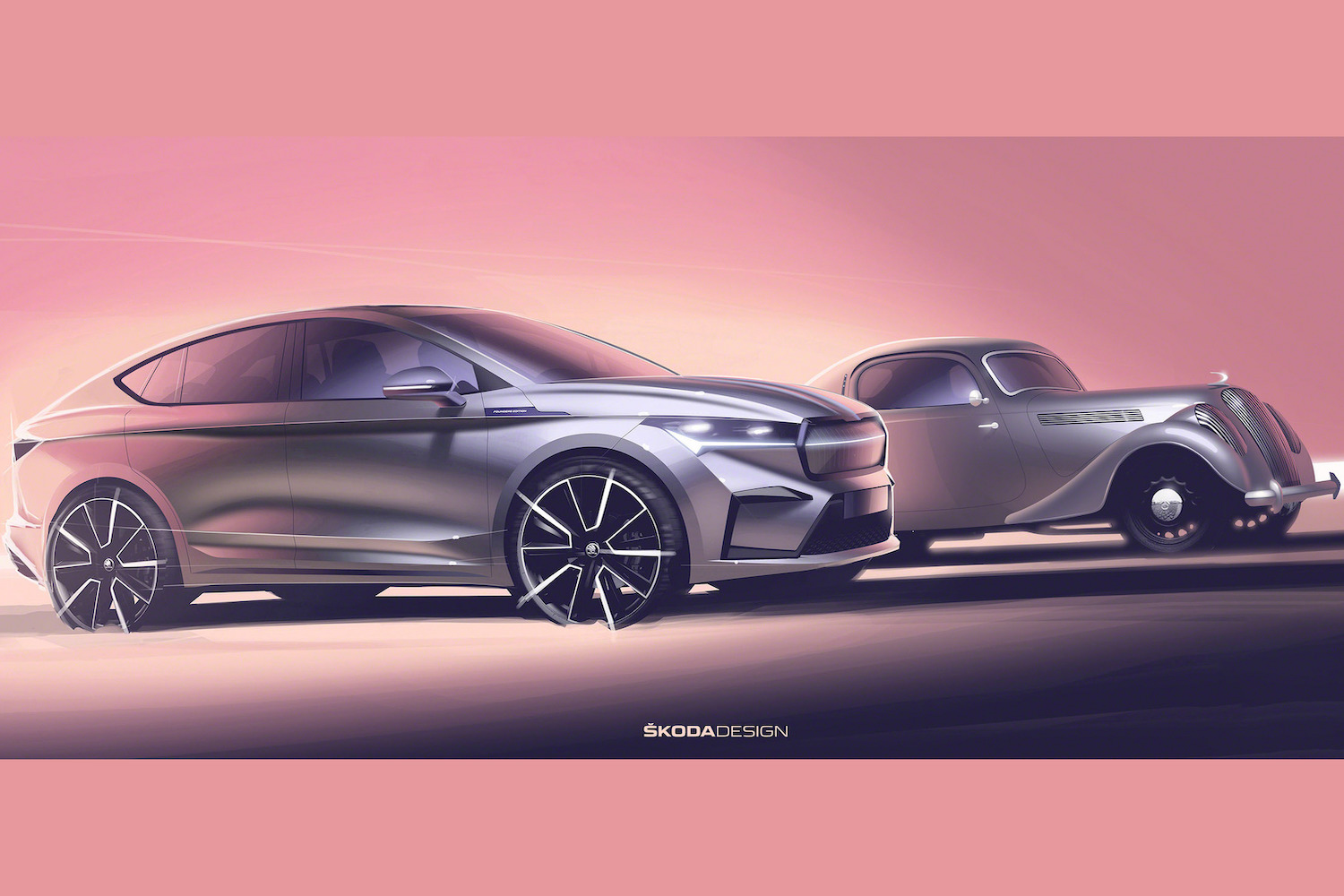 The Skoda Enyaq Coupe iV will include an RS version.

New design sketches released by Skoda give the clearest view yet of the Enyaq Coupe iV, which will make its official debut at the end of January. It will be the second Enyaq iV variant and adopts a more coupe-like profile, with a sloping roofline that helps to improve the car's aerodynamics, thus adding a few more kilometres of driving range. Skoda reckons that it can reduce energy consumption by around 1.5kWh/100km in comparison to the regular Enyaq iV.

There will be the same battery and electric motor options available too, including both rear- and all-wheel-drive variants. The Enyaq Coupe iV 60 will utilise a 58kWh (usable) battery with a single motor on the rear axle. With the Enyaq iV Coupe 80 there is a 77kWh (usable) battery with rear-wheel drive and the 80x, which gains a second motor on the front axle for all-wheel drive.

It carries an identical design to the Enyaq iV from the front as far back as the B-pillar. From there the roof gradually drops away but is formed in a way so as to not detract a great deal from rear passenger headroom. Rather than installing a roller blind system for the panoramic glass roof, the car uses a multi-layer panel that helps to reflect heat and provide sufficient shade. The boot space is also only 15 litres smaller than the regular Enyaq iV, measuring 570 litres.

Having already introduced a Sportline specification grade with different exterior styling on the Enyaq iV, Skoda will add a range-topping RS model to the offering. This performance model will use the 80 battery (77kWh usable) and a dual-motor set up to make it the most powerful of the Enyaq iV range with an output of 306hp and 460Nm. It will also be the fastest accelerating Enyaq iV, with an expected 0-100km/h time of around six seconds and a top speed of 180km/h, making it a rival to the Volkswagen ID.4 GTX.

What is the Skoda Eqyaq Coupe iV like to drive?

Last year we got behind the wheel of a pre-production prototype of the Enyaq Coupe iV to get an idea of how the finished car will drive. Click here to read our first drive review or watch our video review below.