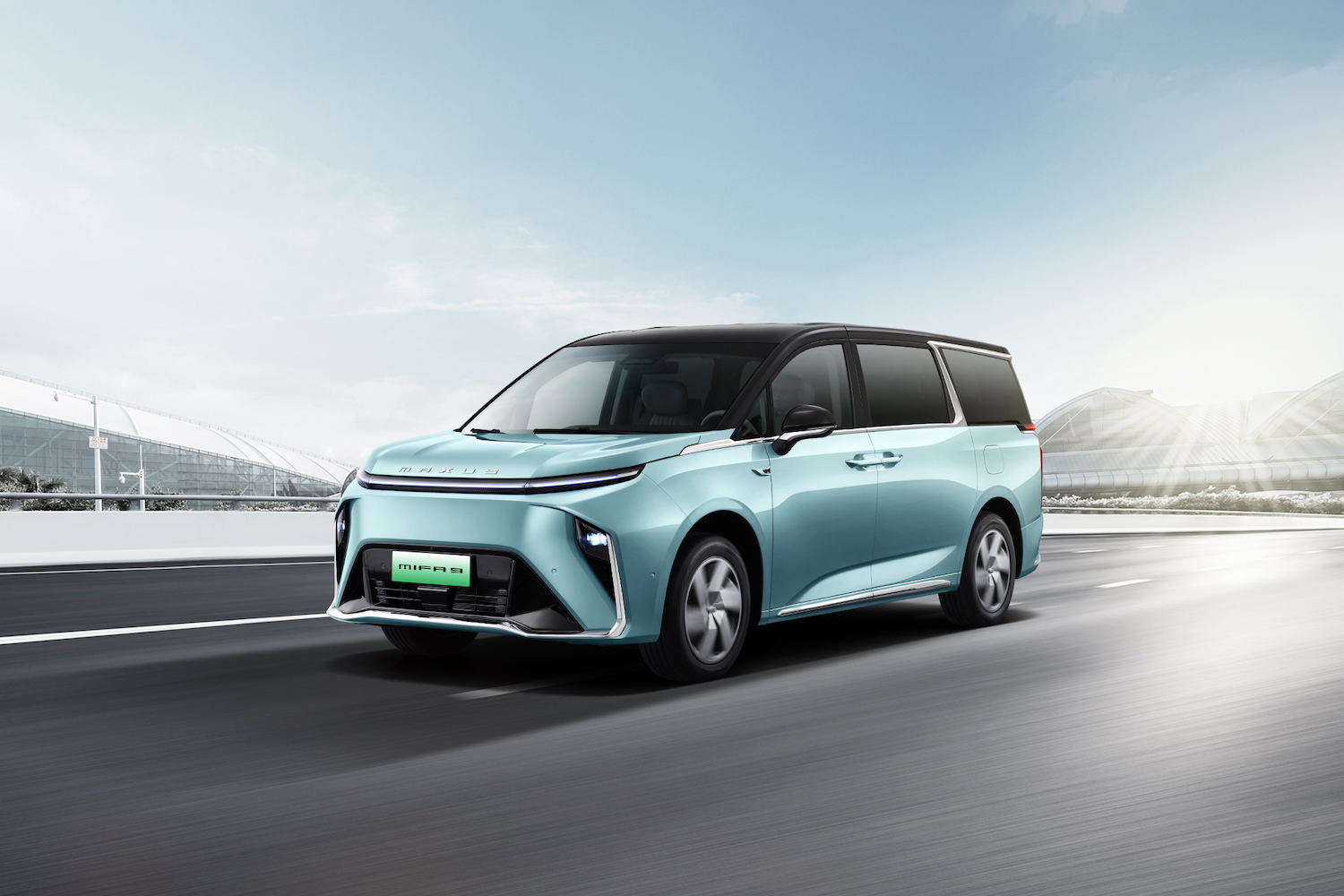 Chinese van producer Maxus has revealed a new full-sized pure-electric MPV at the Guangzhou Auto Show. The MIFA 9 is intended to provide competition for rivals such as the Peugeot e-Traveller, next year's Volkswagen ID.Buzz and even the Mercedes EQV.

Unlike some of its more van-shaped competitors, looks-wise the MIFA 9 is very much in the mould of the full-sized "minivan" like the Toyota Sienna and Honda Odyssey, big people-carriers which aren't generally sold here and which are usually built for the North American and Asian markets. As such, the shape is big, boxy and each side features an electric sliding door for rear-seat passengers.

Speaking of passengers, the MIFA is available in either seven- or eight-seat combinations with three different trim levels and luxuries such as electric backrests, leg support, electric forward and backward movement as well as ventilation, heating and massage functions. These functions appear to be controlled by touchscreens mounted on the armrests, and the headrests feature infotainment touchscreens for the passengers behind. In all, it's very luxurious and high-tech, though such an extensive number of creature comforts may not be available on all trim levels.

Up front, a bank of screens spans the entire length of the dashboard incorporating a digital instrument cluster, a screen for control and navigation functions and another screen for the passenger's entertainment.

Driver assistance features include a system to help drivers avoid obstacles in this relatively hefty vehicle when navigating a narrow road as well as a parking assistant which scans an 150m² area around the vehicle.

Supplying power to the single 245hp electric motor is a 90kW battery pack promising, the company says, 520km of range based on the old NEDC testing standard.

According to Maxus, the MIFA name stands for "maximum, friendly, intelligent and artistic" and the MIFA 9 is the first vehicle to be built on SAIC's new electric-only MIFA platform which will, it says, underpin future SUVs and pick-ups.

When will it go on sale?

The MIFA 9 is set to arrive in Ireland in the third quarter of 2022 and will be sold through the company's rapidly expanding dealer network which currently focuses mainly on Maxus's vans.

Pricing has yet to be announced.