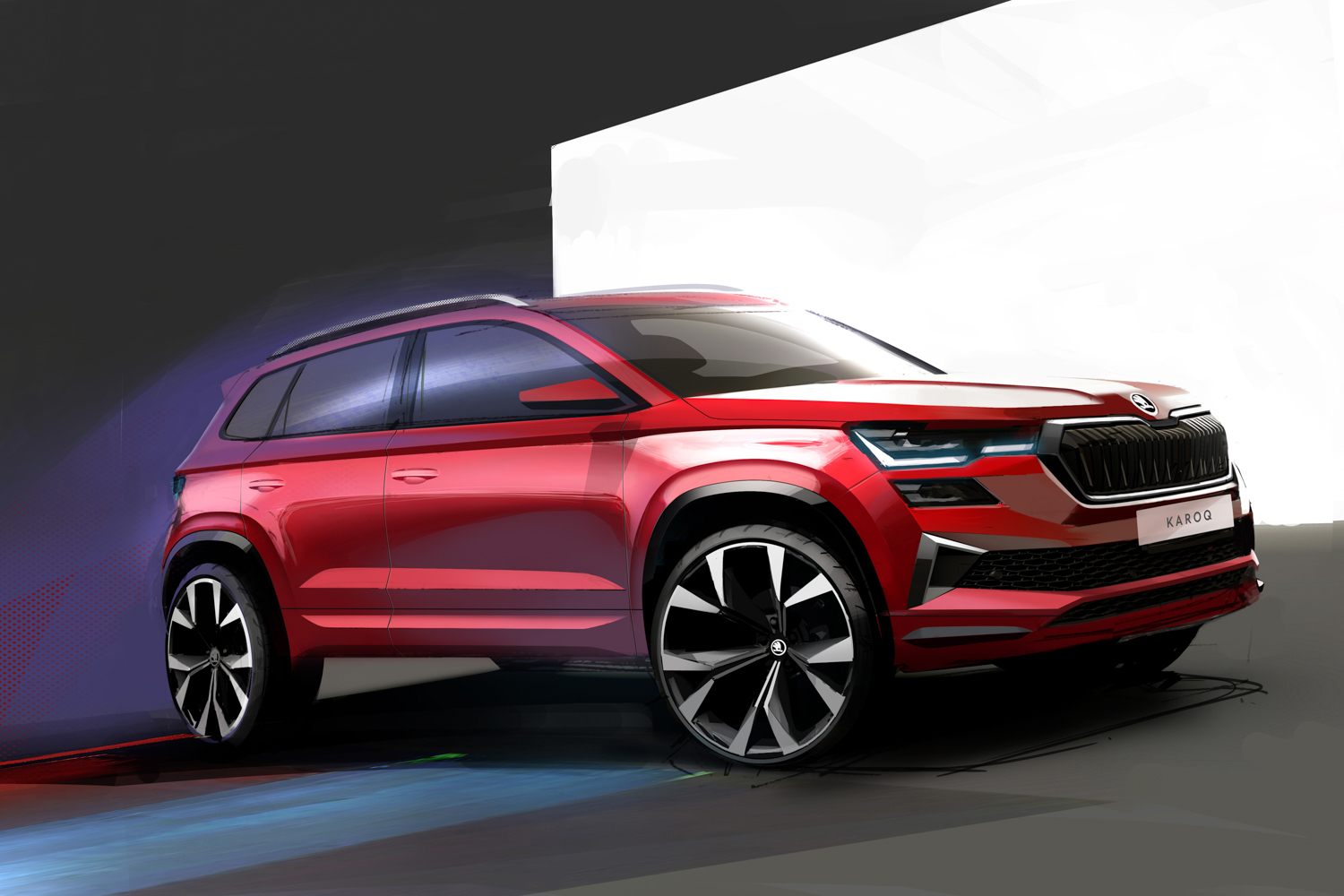 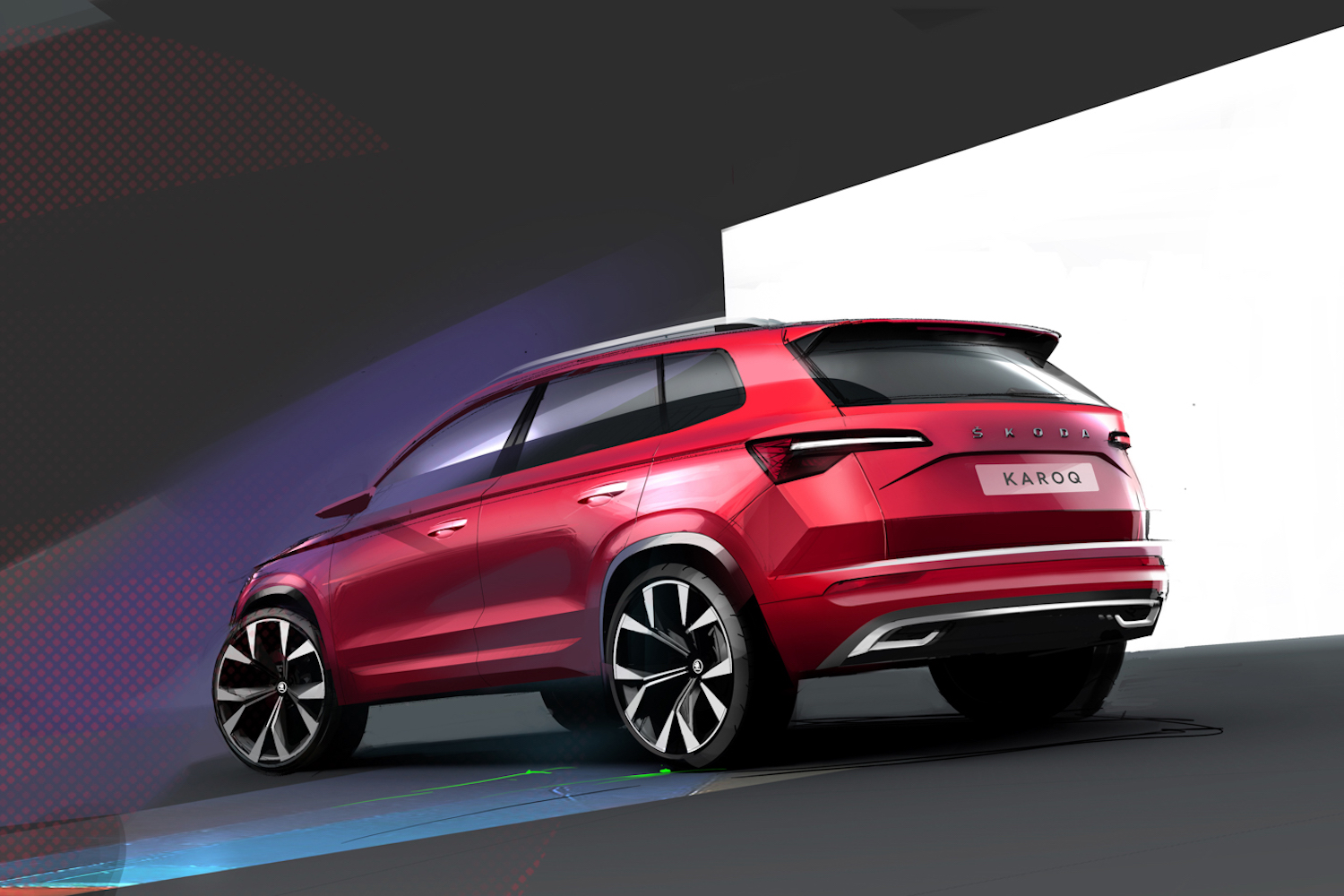 Skoda previews its facelifted Karoq SUV ahead of its debut on November 30.

Skoda has released two design sketches hinting at the overall look of its refreshed Karoq model which is due to make its debut on November 30.

First launched in 2017 and lightly upgraded in 2019, the Karoq is now due for a more extensive facelift to bring it up to date, not just with competitors, but also with the styling of its Skoda stablemates.

From the sketches, the main focus of the styling refresh has been at the front and rear. The headlight units have been slimmed-down and now extend to meet a wider, redesigned grille. The headlights also incorporate daytime running lights with a second lighting unit for fog lights positioned beneath, which, according to Skoda, gives the Karoq a "four-eyed" appearance after dark and when the lights are on.

The rear-end too has had an update with a longer spoiler and, like the front, slimmer taillights which, despite their redesign, still retain their C-shaped lighting signature which has become something of a Skoda trademark. Down below, the rear bumper apron has been tweaked to incorporate a black air diffuser styling element.

Beyond the exterior sketches, Skoda hasn't released much other information about the updated Karoq so far except to say that it has been given a design and technology upgrade which likely hints at updates to the infotainment and driver assistance systems. Judging by other recently refreshed Skoda models such as the Kodiaq (and the current Karoq), that may mean an 8.0-inch touchscreen as standard and probably a 9.2-inch one on Sportline and higher-spec models; safety features such as autonomous braking with pedestrian monitoring and blind-spot detection are likely, with lane-assist and other features available as options higher in the range.

Again, Skoda hasn't released details when it comes to the engine line-up, but expect something similar to the existing range of 1.0-litre, 1.5-litre and 2.0-litre turbocharged petrol engines and 1.6-litre and 2.0-litre diesel units, though we await final confirmation on that. A plug-in hybrid version is unlikely.

The refreshed Karoq is expected to hit showrooms in early 2022.