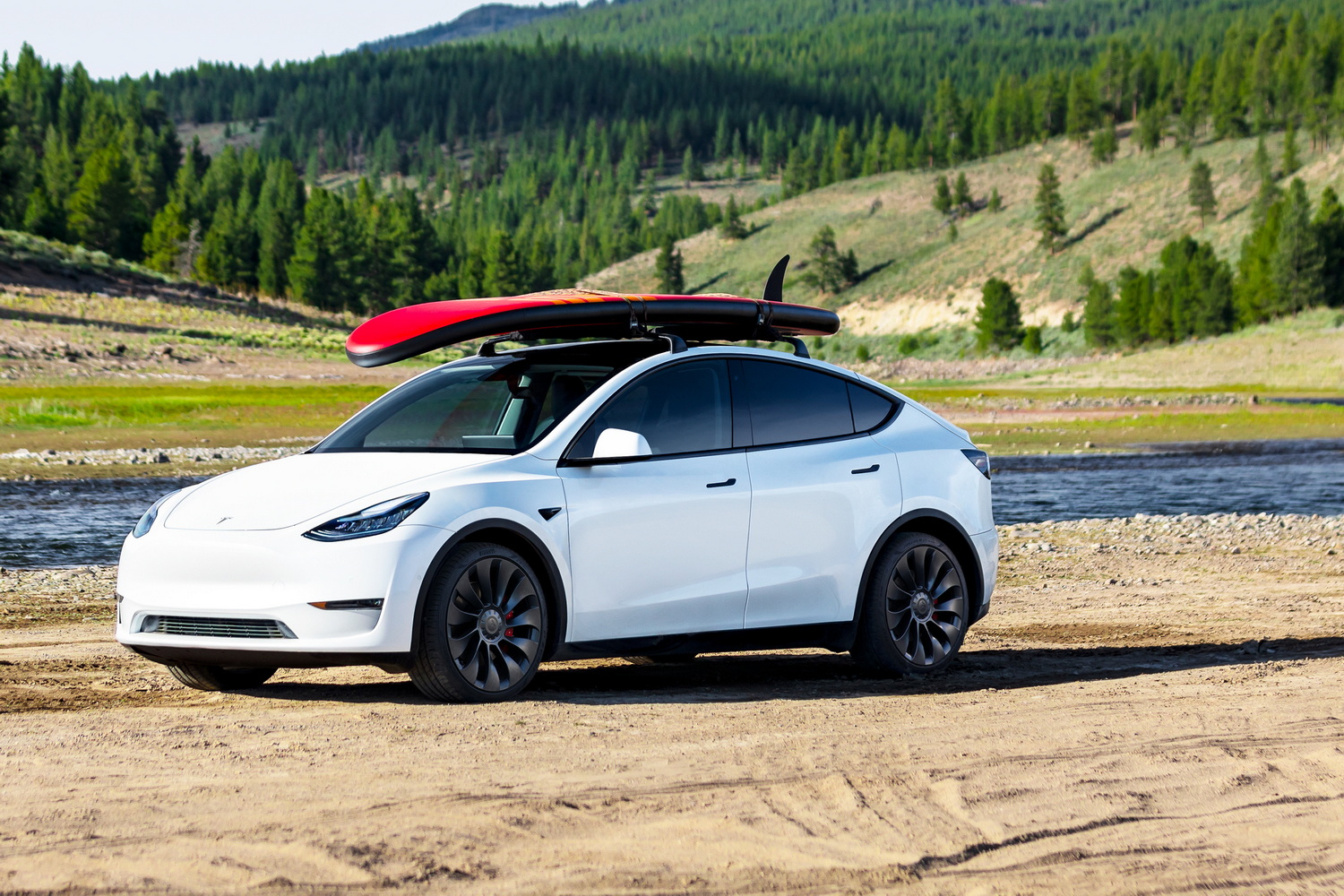 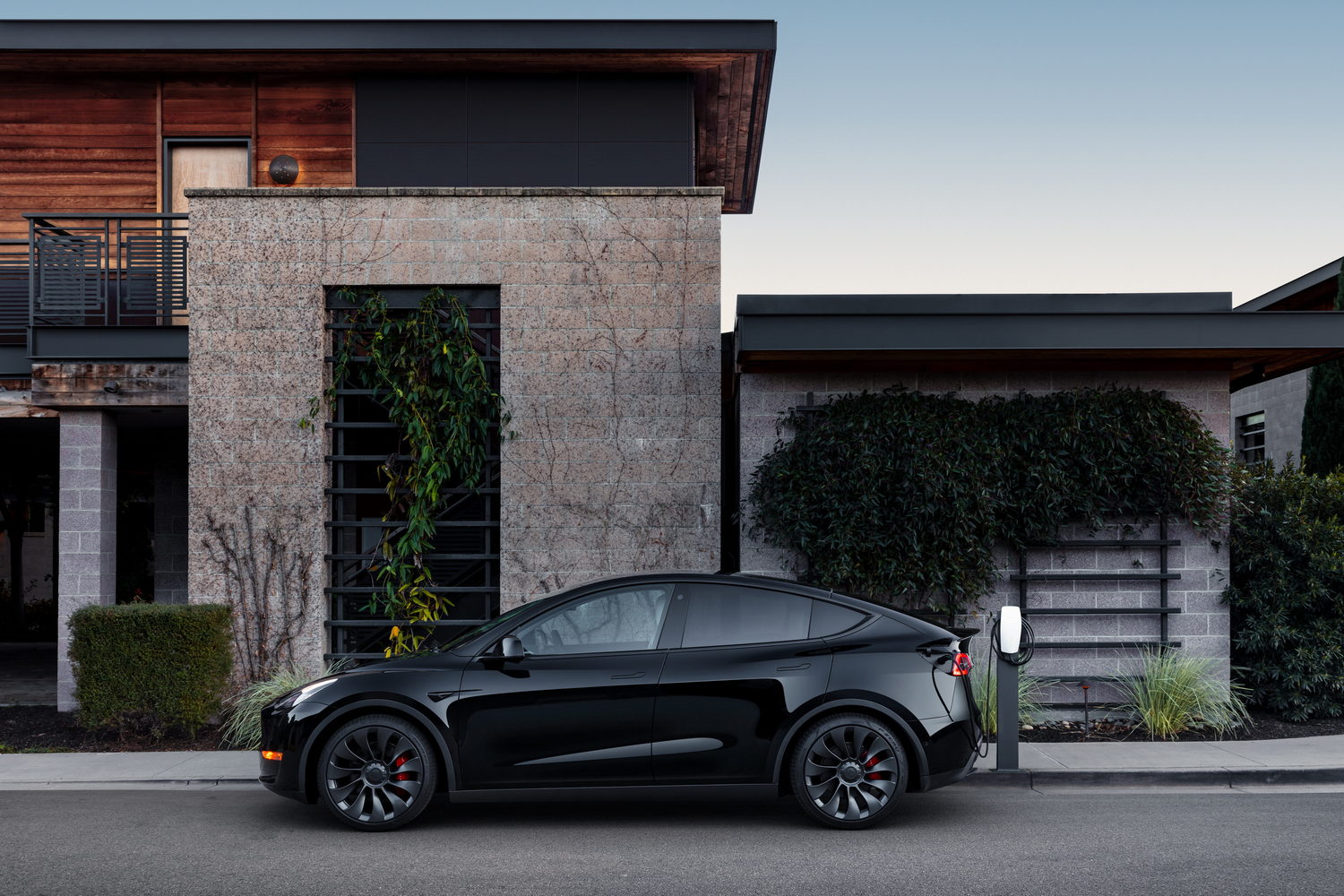 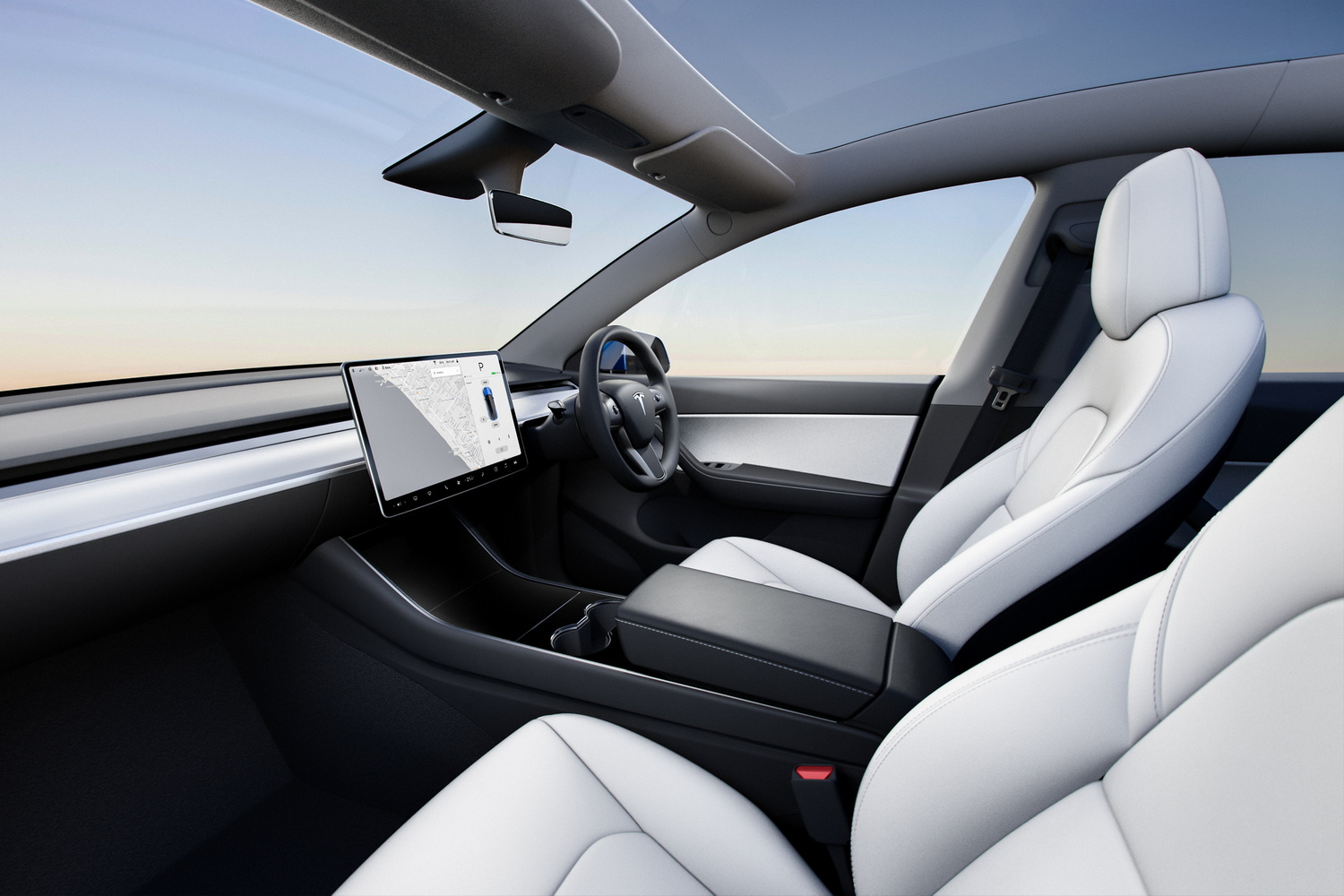 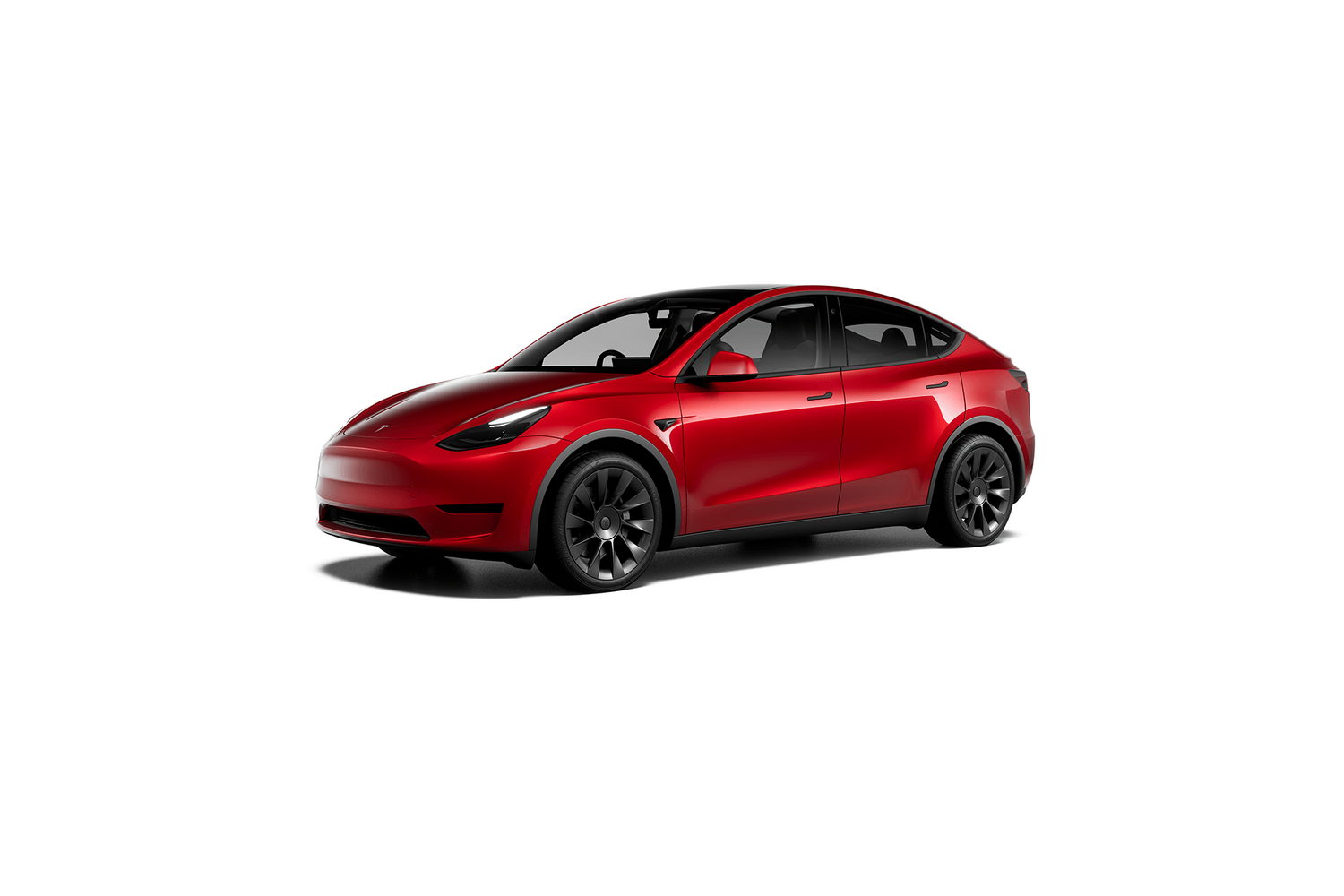 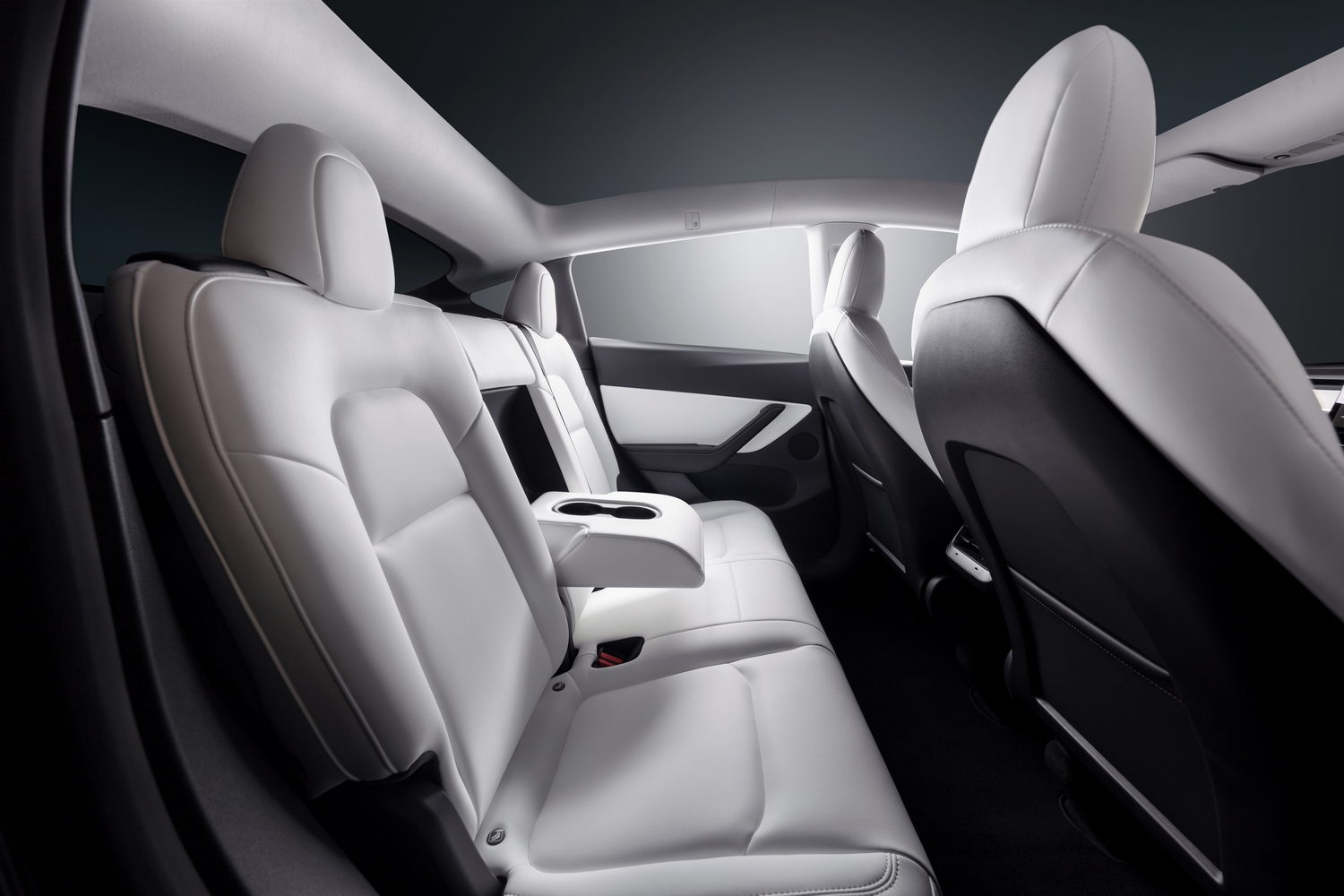 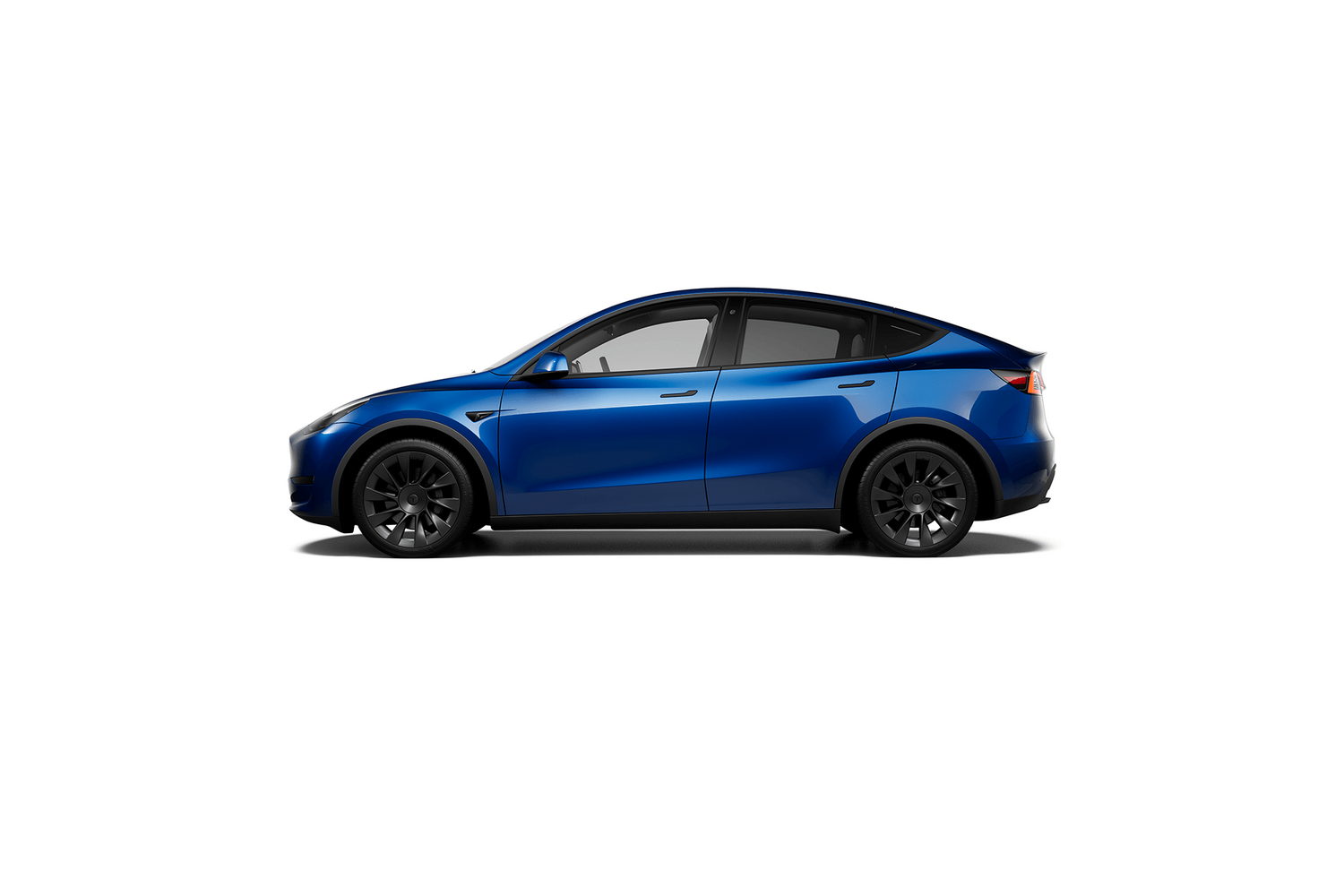 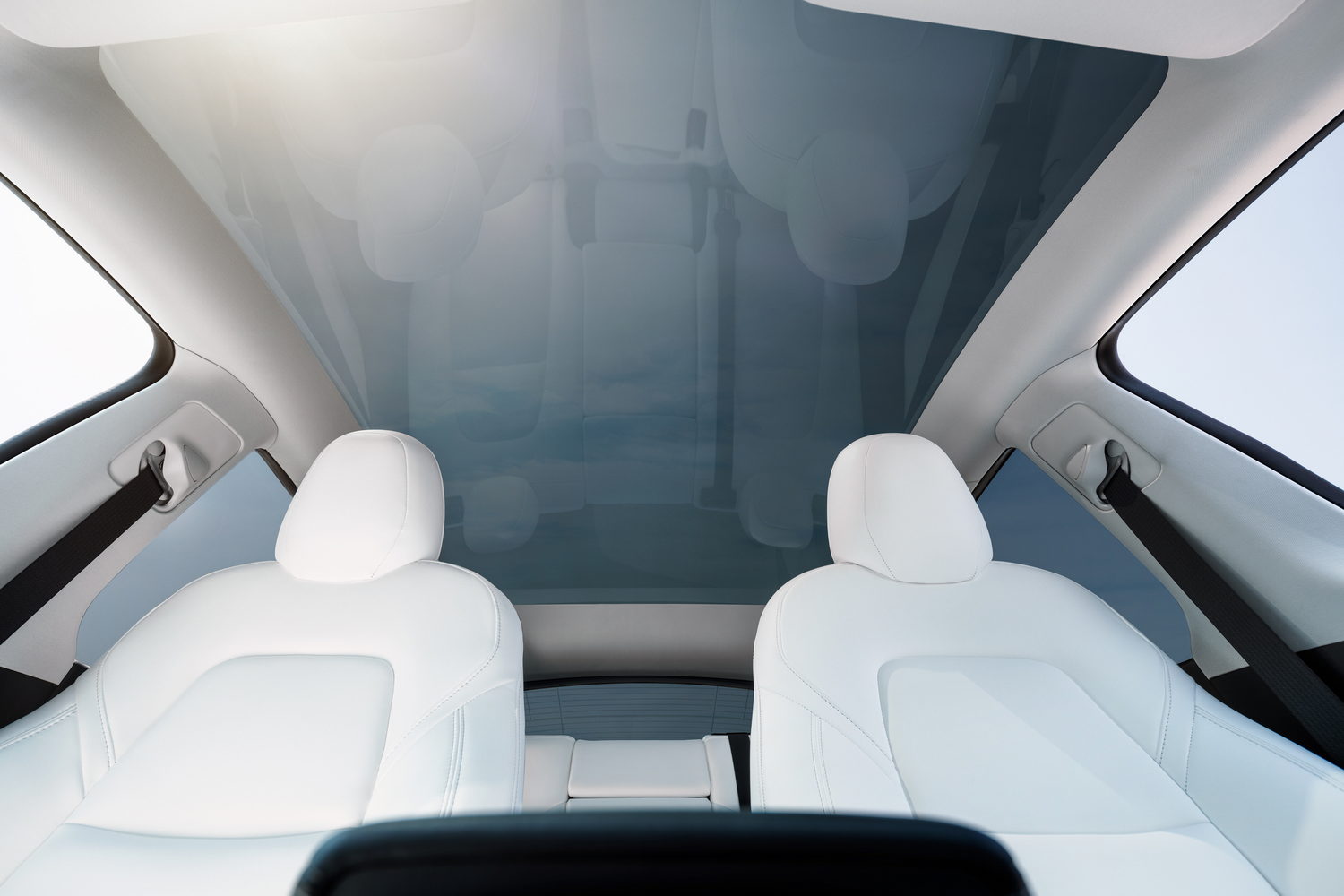 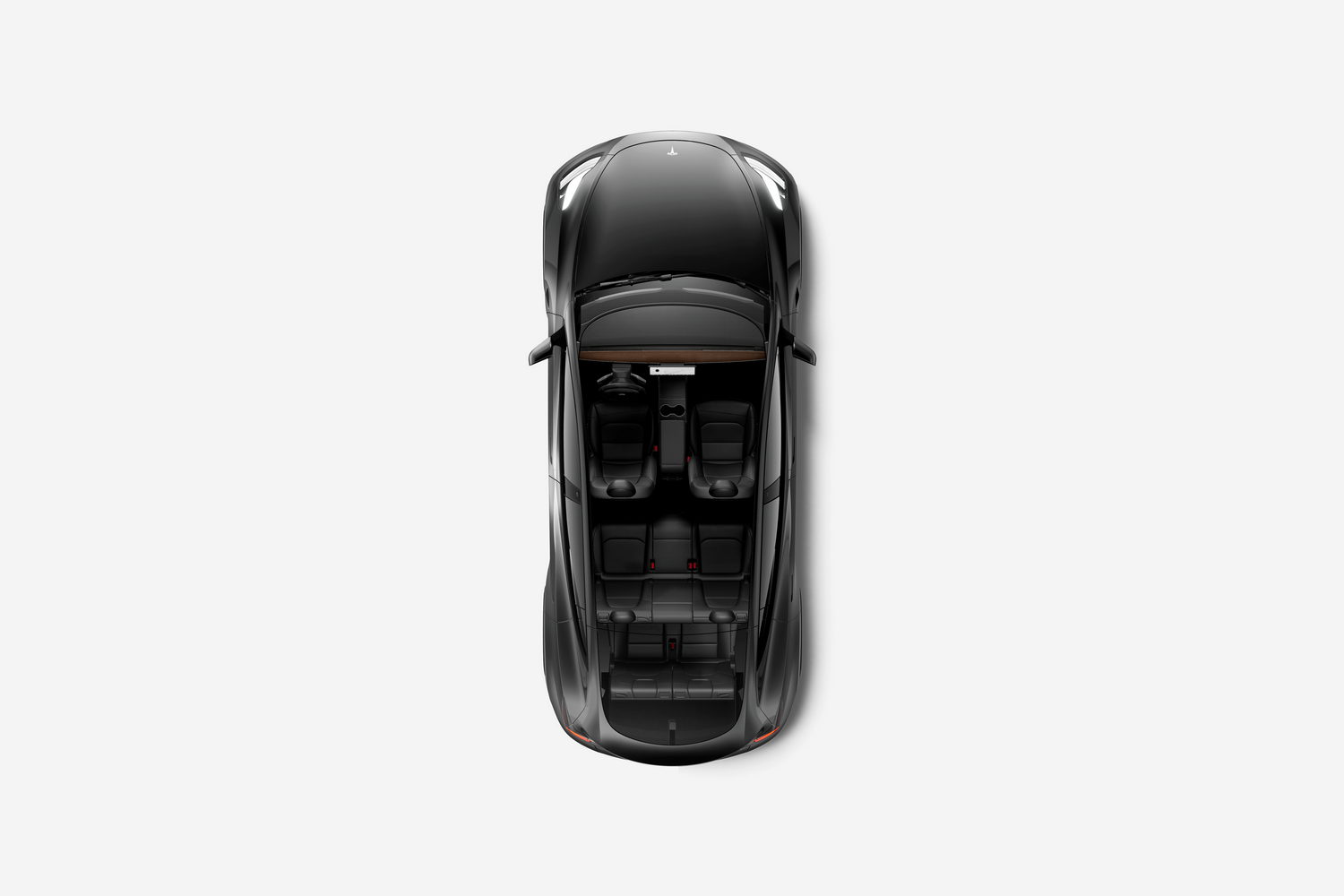 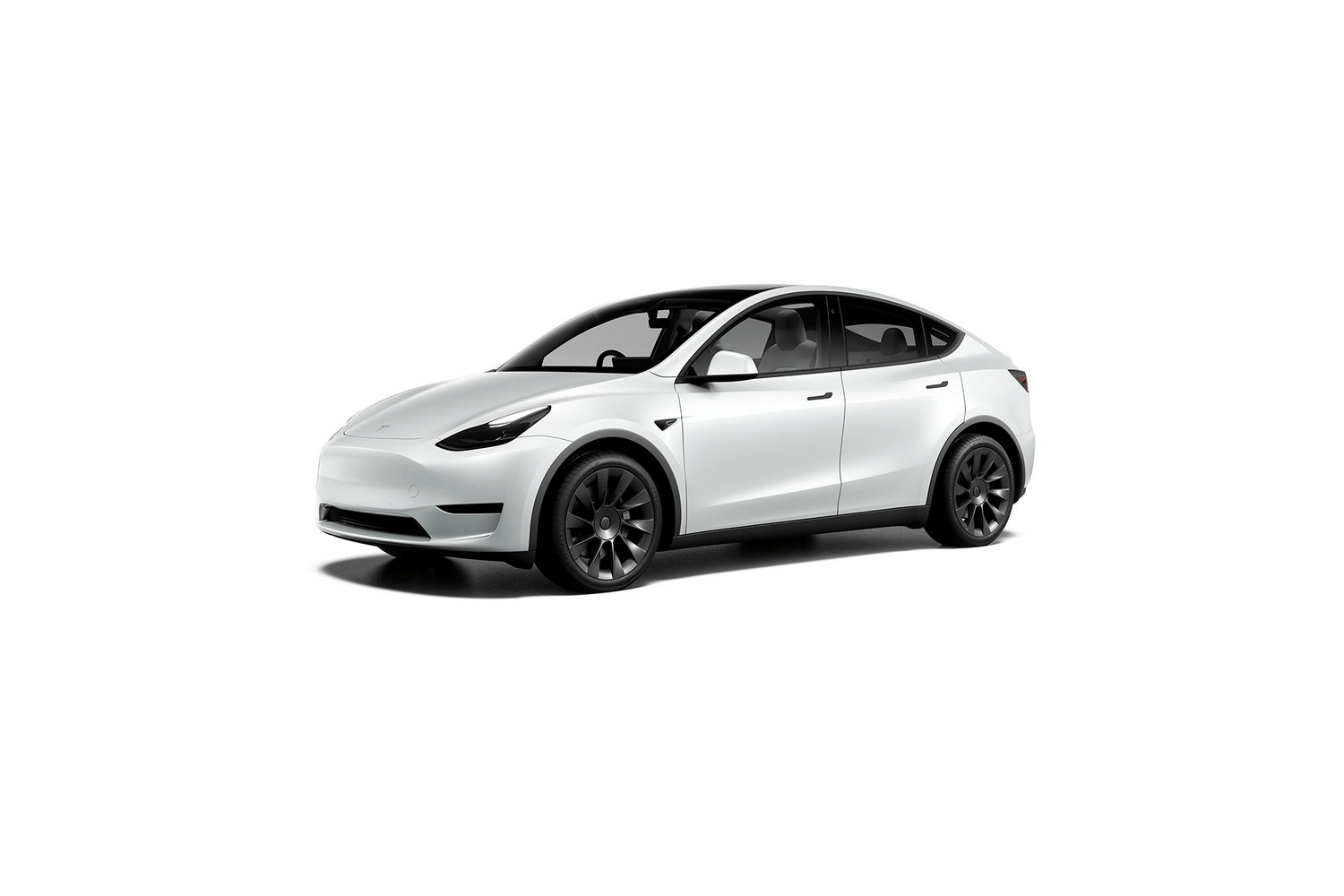 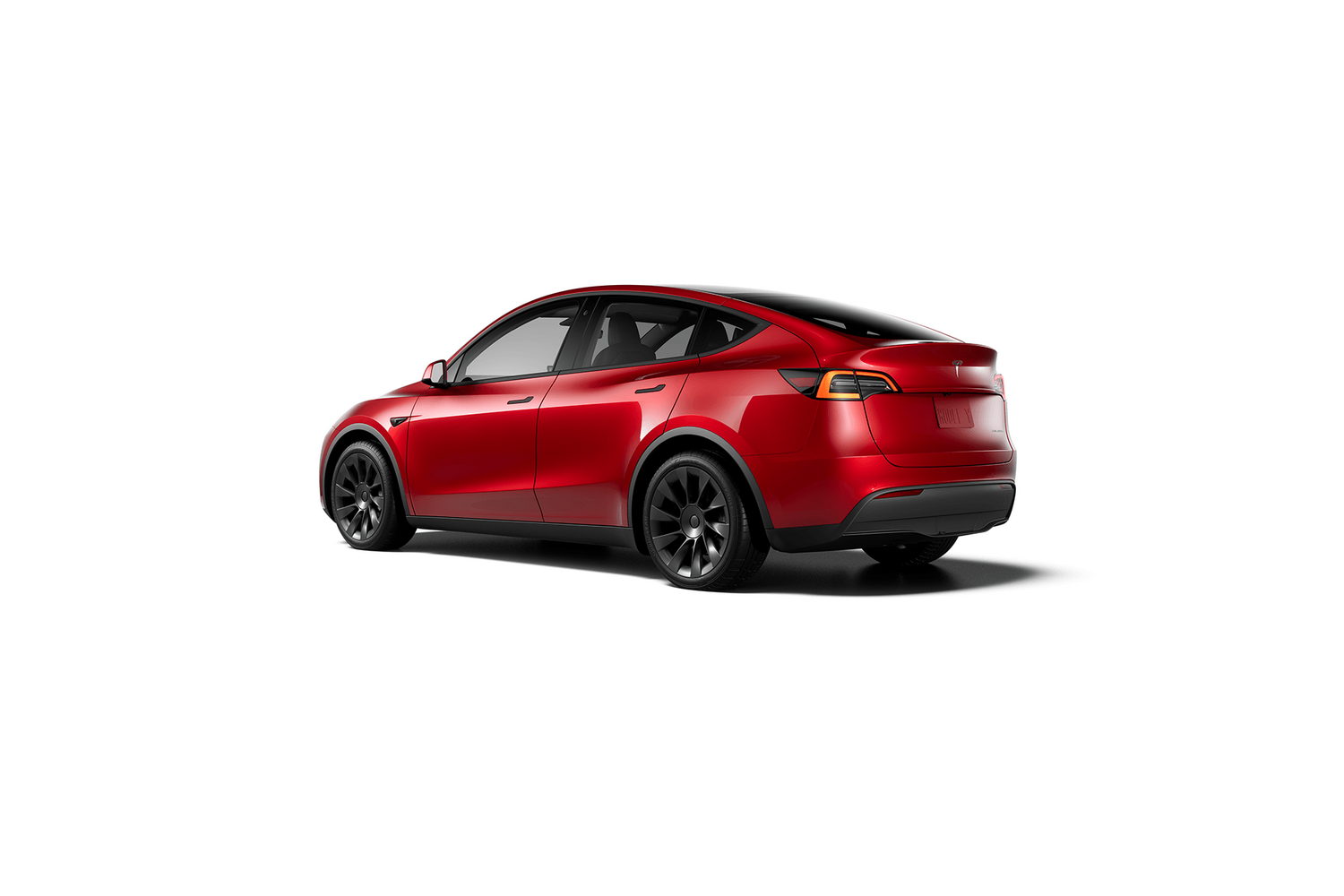 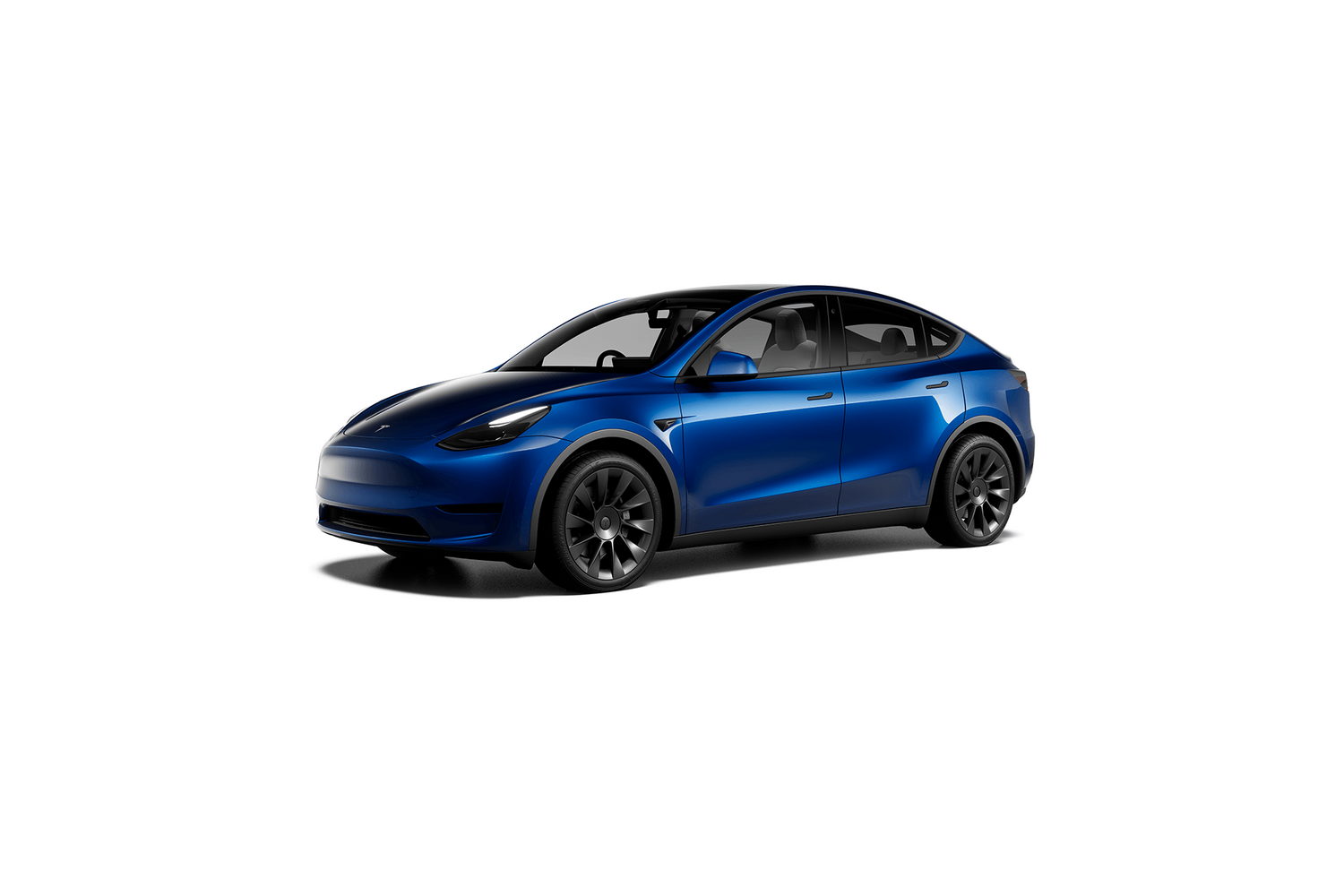 Order books are open now for deliveries of Tesla Model Y in Q1 2022.

The right-hand-drive version of the Tesla Model Y has been revealed. It joins the range in Ireland with the launch of the model configurator on the Tesla website. Initially just one version will be available, the Long Range AWD, priced from €69,800 before options. A Model Y Performance variant arrives later in 2022, priced from €79,478.

The Tesla Model Y is the fourth model in the US electric car maker's line-up and is an SUV/crossover that's based on the same electric running gear as the Model 3 saloon. That model has been a sales success for Tesla, and the Model Y looks set to follow in its path.

Tesla states that the two models share 95 per cent of the same running gear, with the biggest difference being that the Model Y now uses a more efficient heat pump system to warm the cabin, replacing the Model 3's set-up that relied on electrical resistance from the car's battery for heat.

On the outside, the Model Y has a look that can be described as an enlarged Model 3 - it has the same design cues, but with a taller roof, a raised ride height and more bodywork. Black plastic cladding has been added to the wheelarches and door sills, too.

Inside, the 15-inch touchscreen dominates the dashboard. It controls all of the car's functions, including Tesla's controversial 'Autopilot' electronic driver aids. You get a basic Autopilot set-up as standard, while upgrades are offered as options, which you can either add when you buy the Model Y, or you can upgrade them post-purchase. The screen includes navigation, DAB radio and Spotify music streaming, while a number of video and gaming apps are also included to keep occupants entertained.

Standard equipment includes a panoramic roof, five heated seats, up to 2,158 litres of storage space (including 117 litres under the bonnet), buttons in the boot to fold the back seats, 19-inch alloy wheels (20-inch wheels are also available), wireless smartphone charging and four USB-C sockets, plus electric seats finished in 'vegan' leather.

The Long Range AWD version of the Model Y has two electric motors and a battery that's large enough to deliver a WLTP-certified range of 507 kilometres on a single charge, while a 0-100km/h time of 5.0 seconds is quoted.

Tesla offers a home charging installation that you can purchase with the car, while the firm's Supercharger network offers high-speed charging when you're out and about, too. There are currently five Supercharger locations in Ireland. If you can't find a Supercharger, then the Model Y is also compatible with CCS points, although these will offer slower charging than Tesla's dedicated network.

Orders for the Model Y placed now will be delivered in the first quarter of 2022, with the more powerful Performance model arriving later.

To access the configurator (or 'Design Studio' in Tesla marketing speak), go to the Tesla Ireland website.