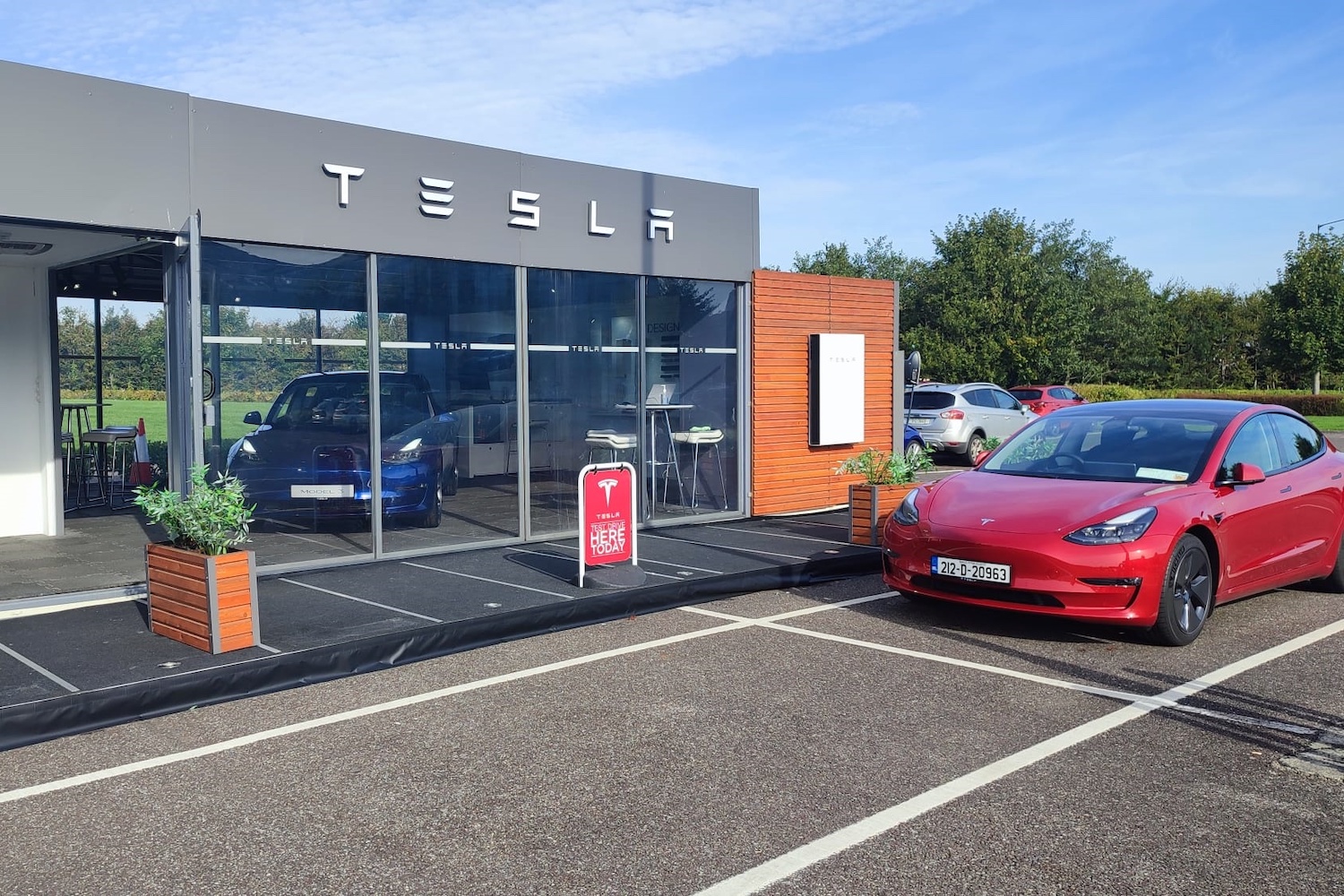 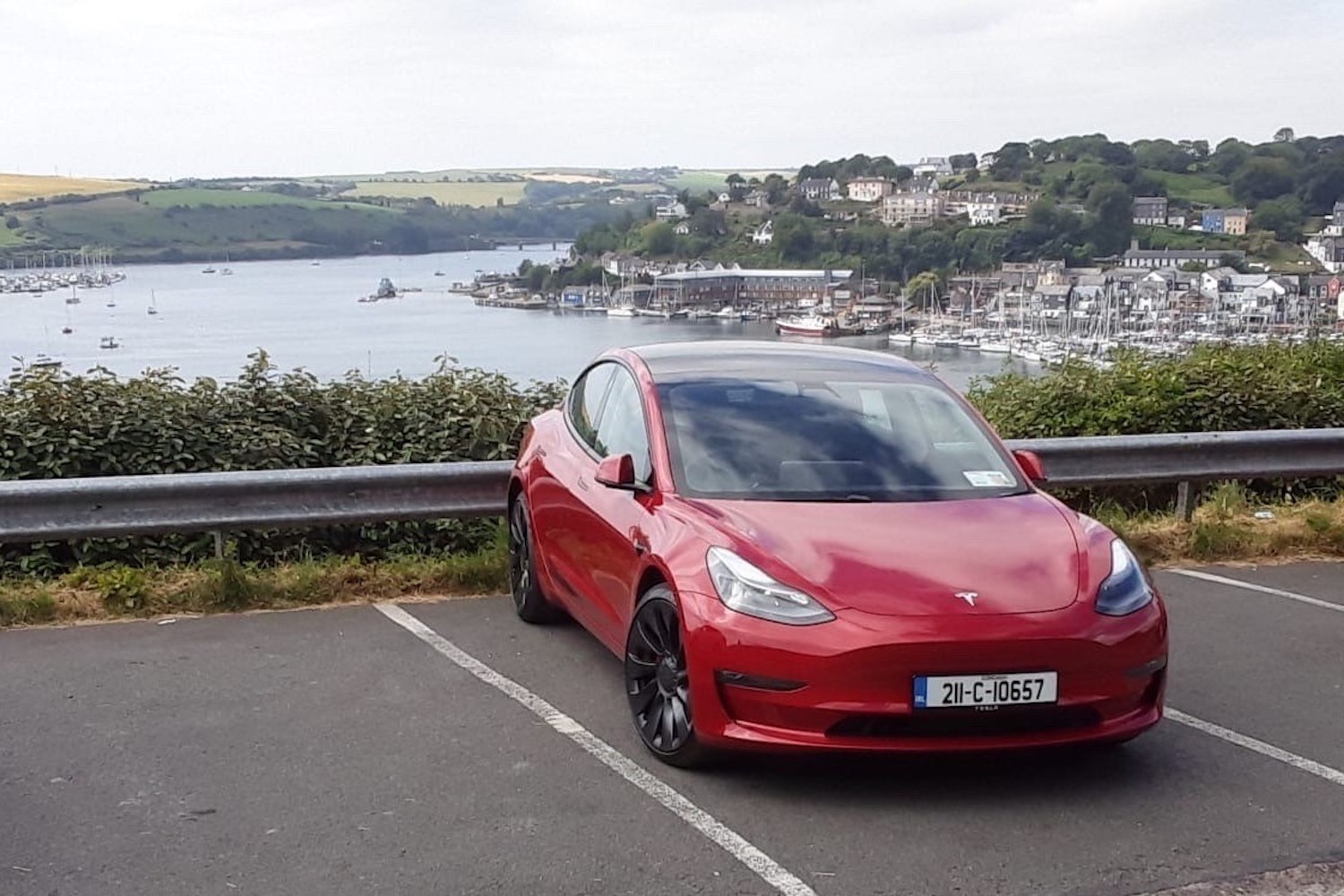 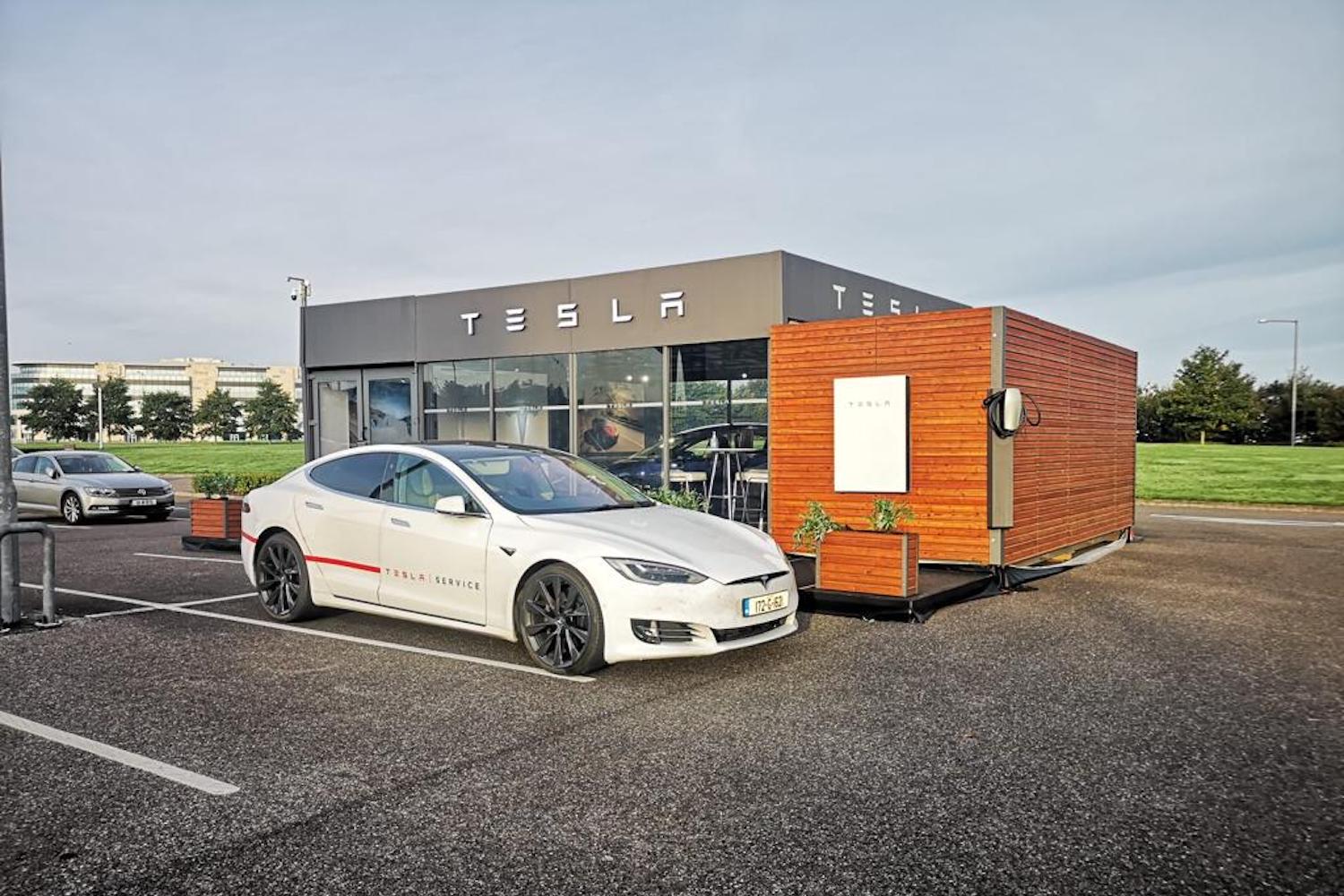 Tesla has announced a new pop-up showroom in Cork on the grounds of the Mahon Point Shopping Centre.

Located beside the company's four pre-existing V3 Supercharger charging points, the new location will allow owners - existing and potential - to arrange servicing, book test drives and speak to Tesla staff about the product range, much like at a regular dealership.

Tesla's Service Express location, formerly in the Frankfield area, has now moved to Mahon Point too, and Service Express technicians will be able to carry out health checks on customers' cars while they charge and service them while they shop, usually via computer software updates. Servicing can either be booked in-person at the location or through the Tesla app.

The company has also expanded the capacity of its mobile servicing unit which can now provide eight additional servicing slots per day meaning that rather than driving your own car to the new servicing location, there'll be more opportunity to have your car serviced in your own driveway or workplace car park.

Tesla makes much of the Tesla app as part of its service process with owners not only being able to book their servicing online, but also able to upload information and photos to help technicians solve the issue. When carrying out non-warranty work, owners can approve the cost estimate and pay for the work through the app too. Pick-up and drop-off of the car from the servicing centre can also be arranged.

The company currently operates just five Service Express locations in Ireland - the one at Mahon Point, one in Galway, another in Dublin, and two more in Belfast and Derry. Most Tesla updates, however, are delivered over the air which minimises the necessity for owners to visit service centres.

Tesla currently sells three models in Ireland - the Model S, Model X and Model 3 - the latter of which has been Ireland's 42nd best-selling car so far this year. That may not sound dazzlingly impressive, but considering the size of the electric car market here, that's enough to make the Model 3 Ireland's fifth best-selling electric car with prices for the base single-motor version of the Model 3 starting from €49,000.

Other Tesla models expected to arrive in Ireland in 2022 include the long-range Model S Plaid and the Model Y SUV, with the eye-catching Cybertruck pick-up and Roadster sports car still some way off.