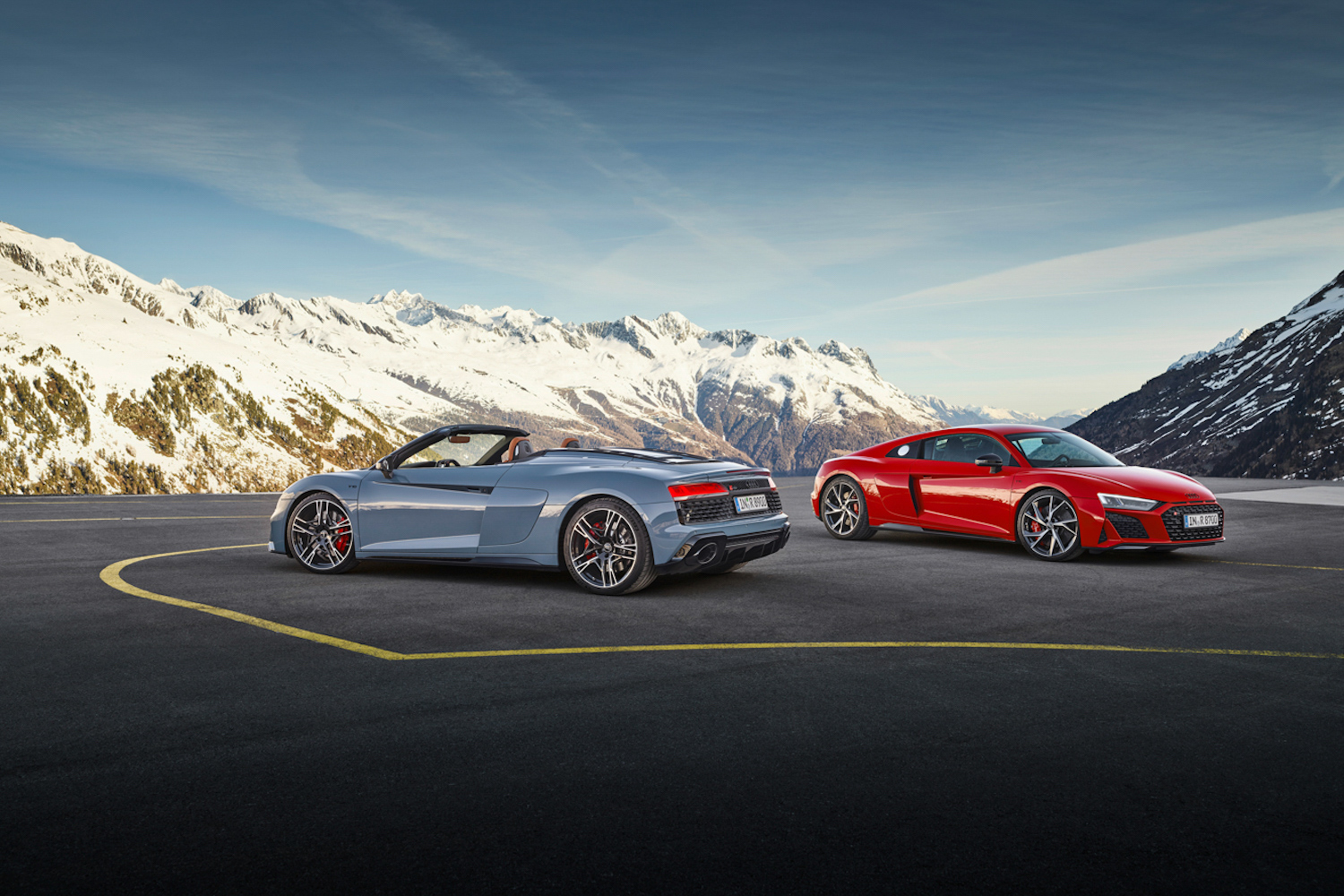 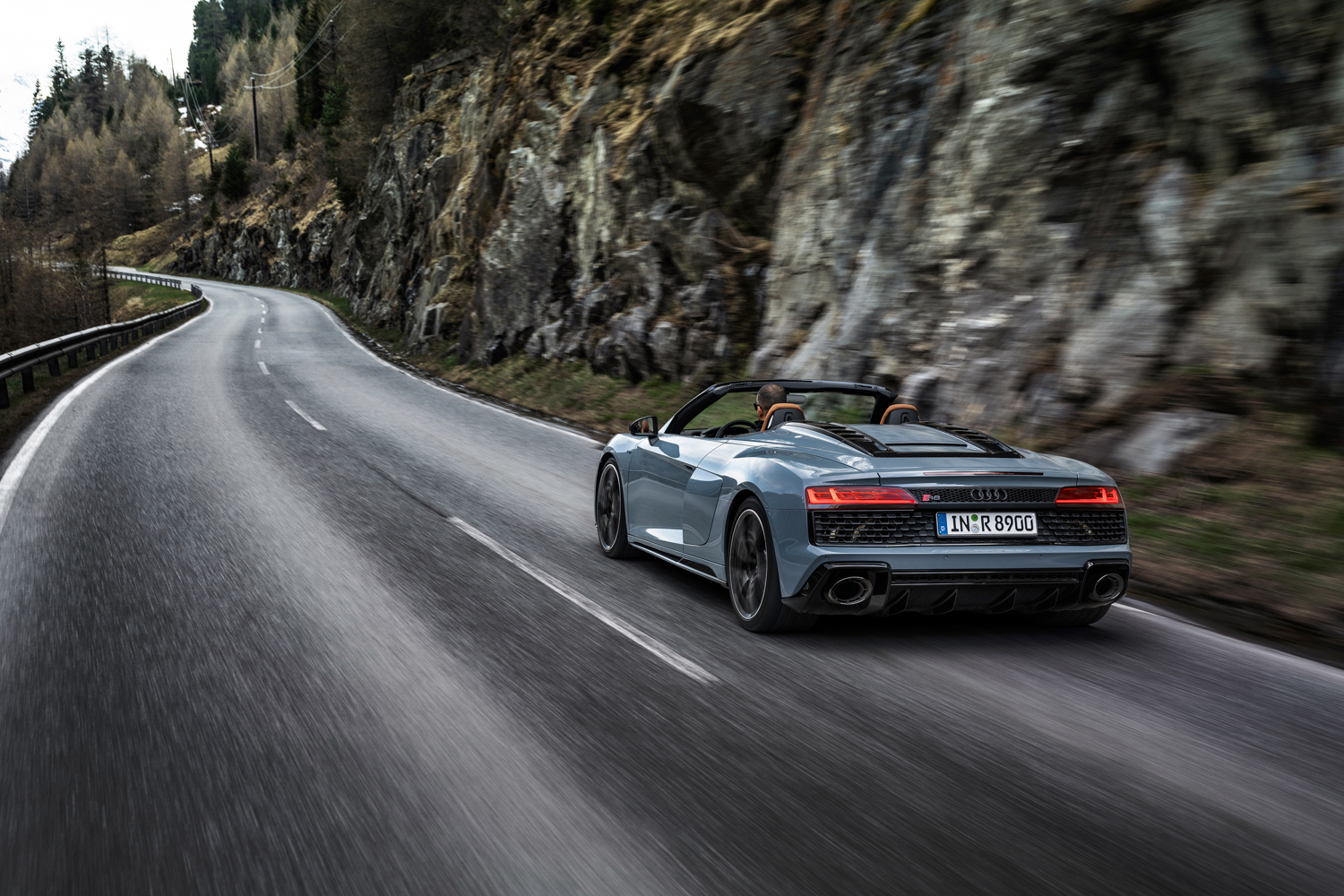 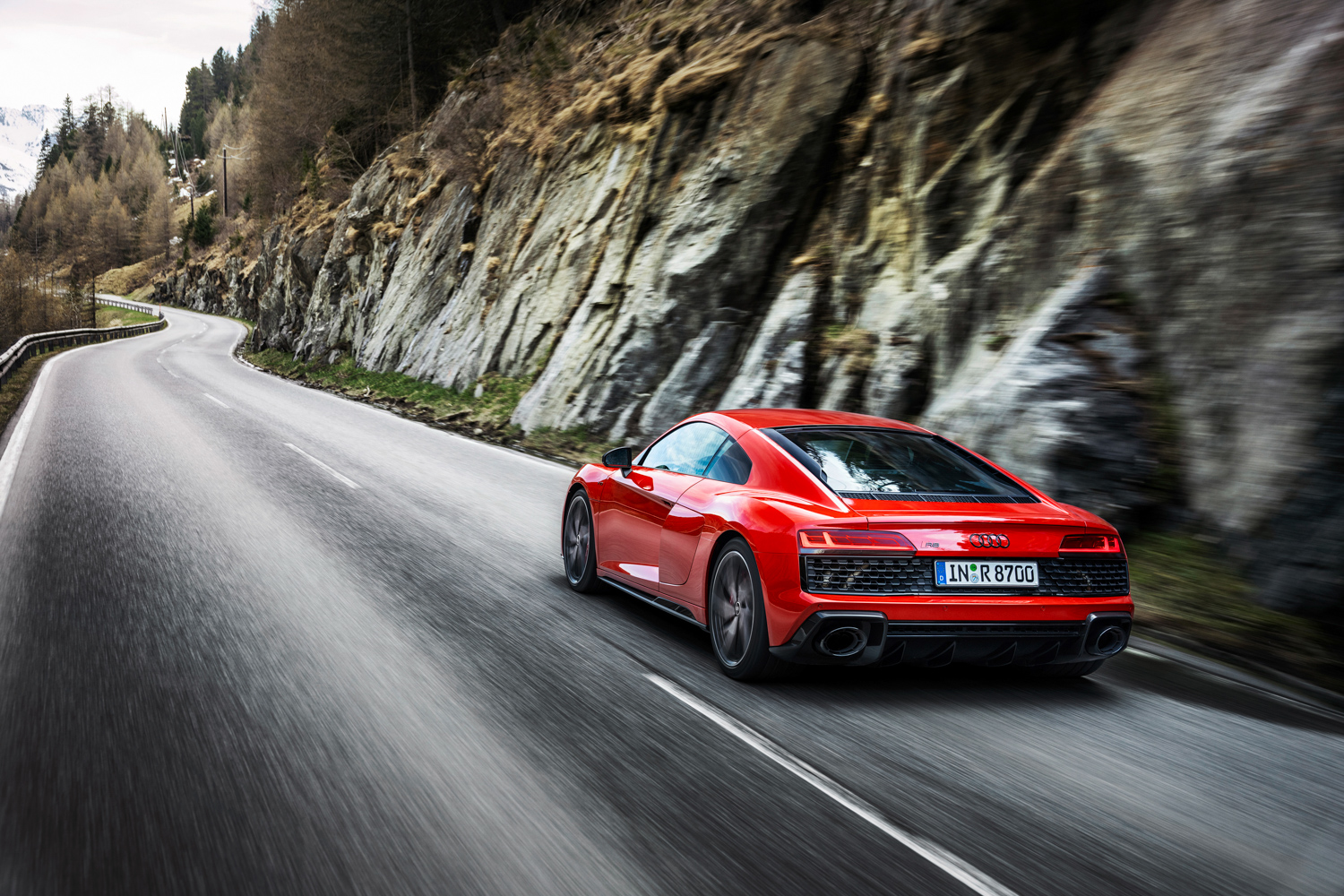 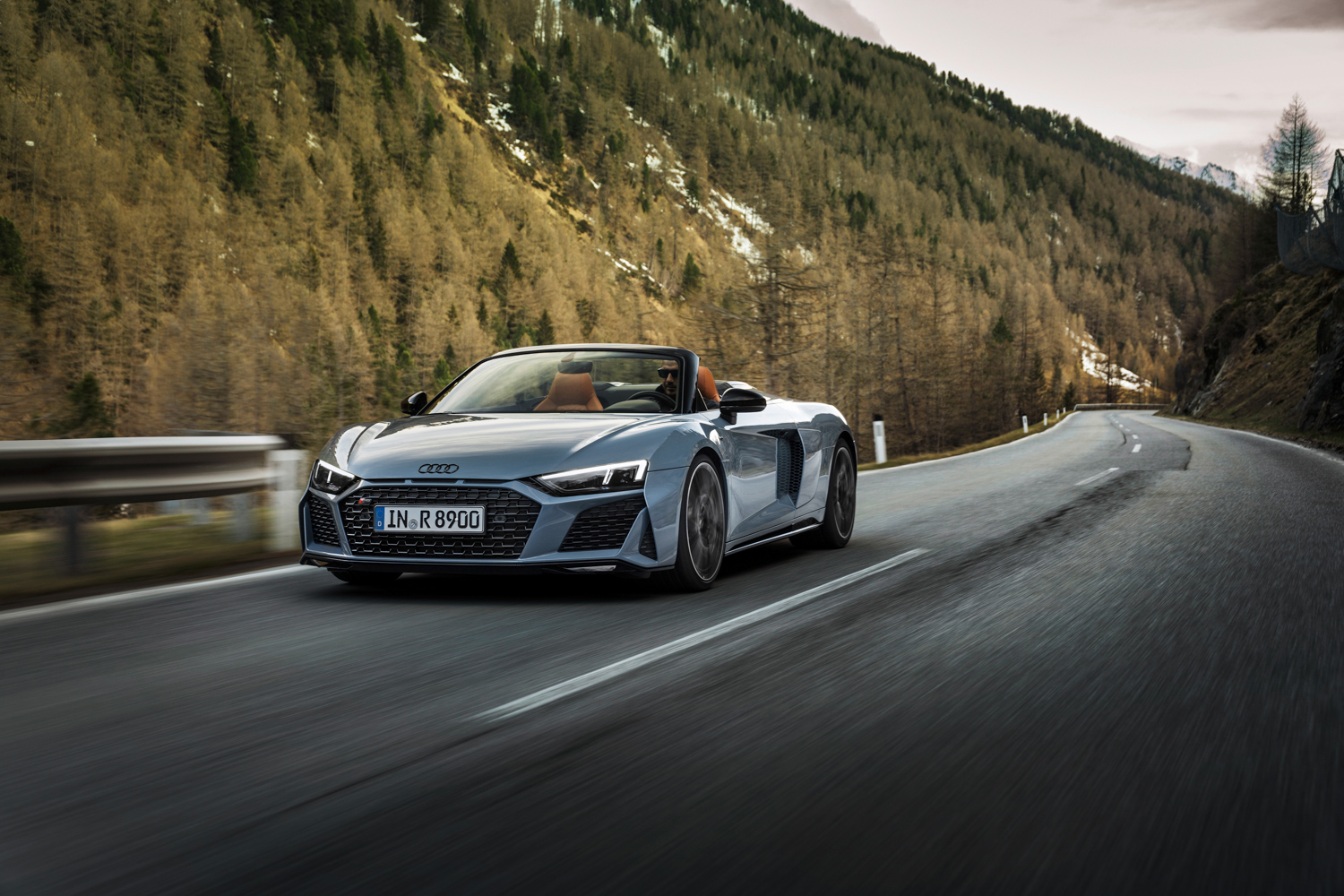 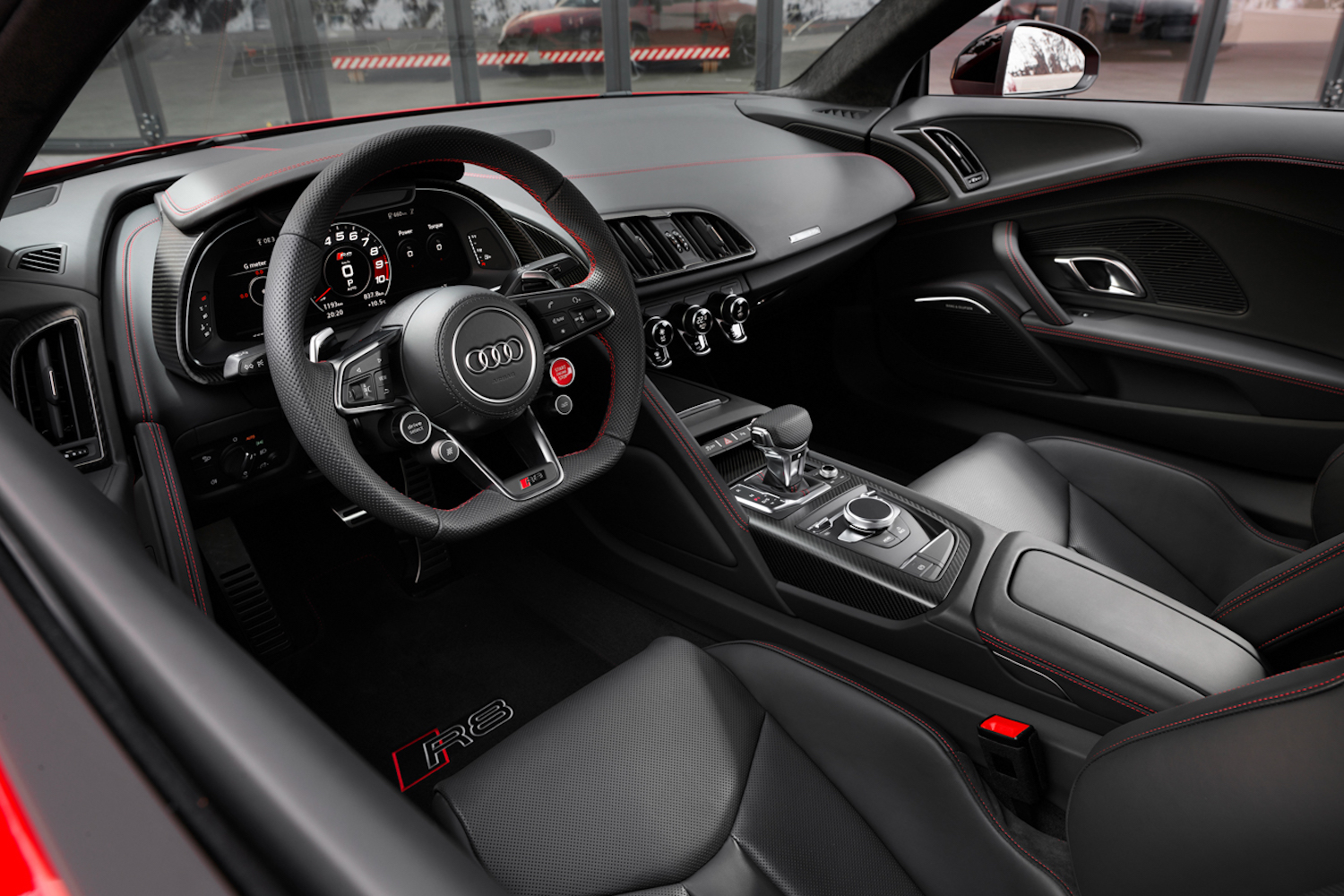 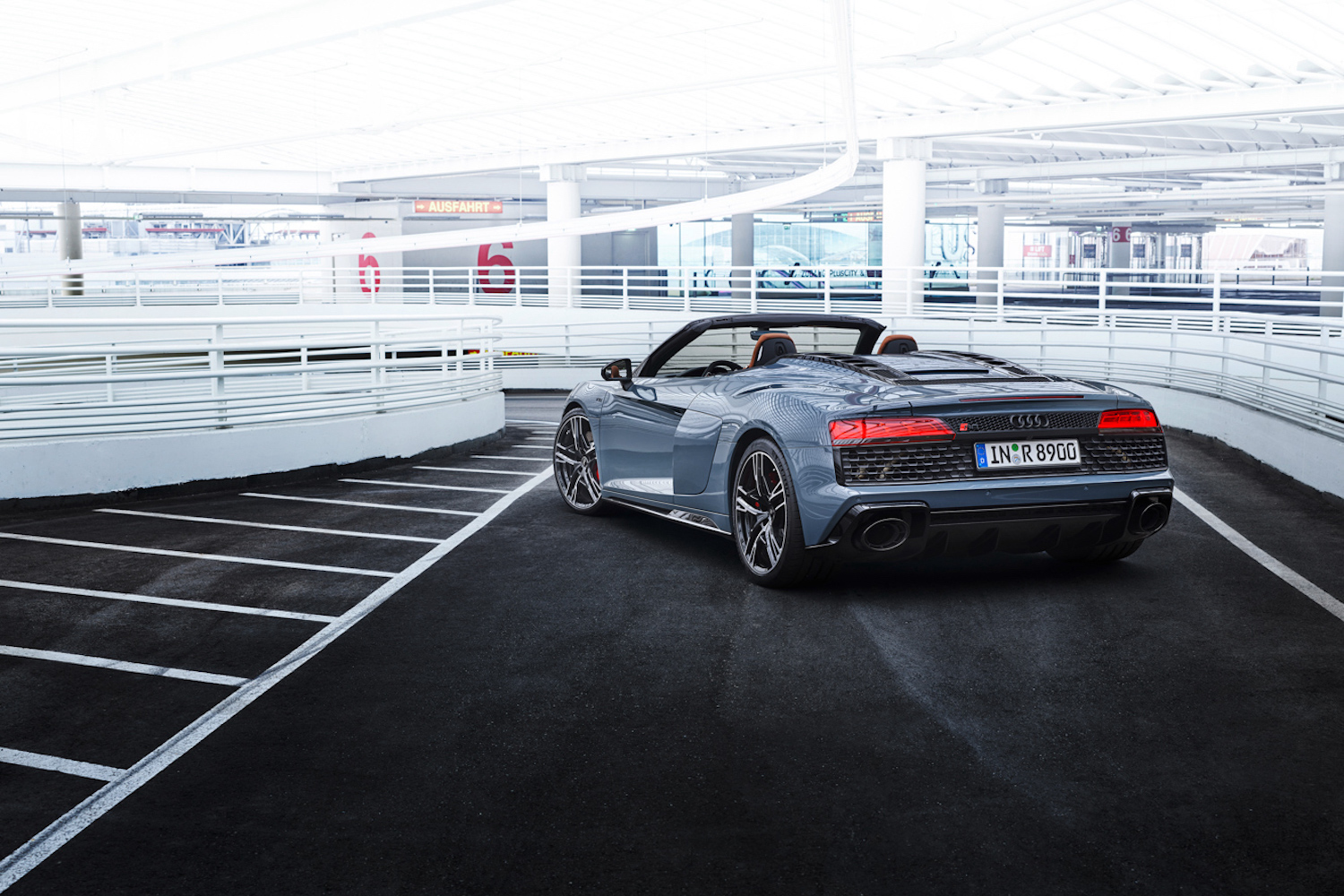 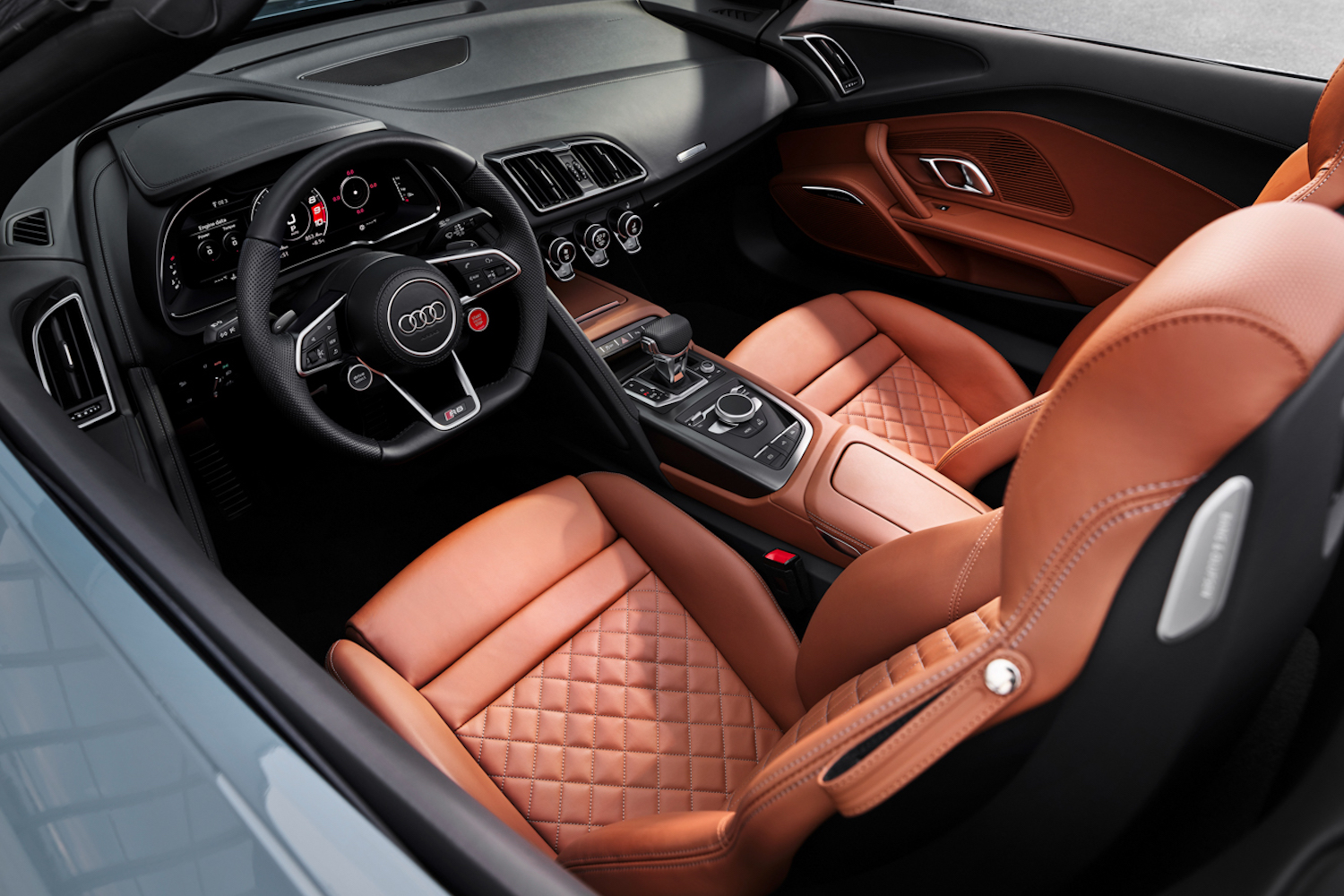 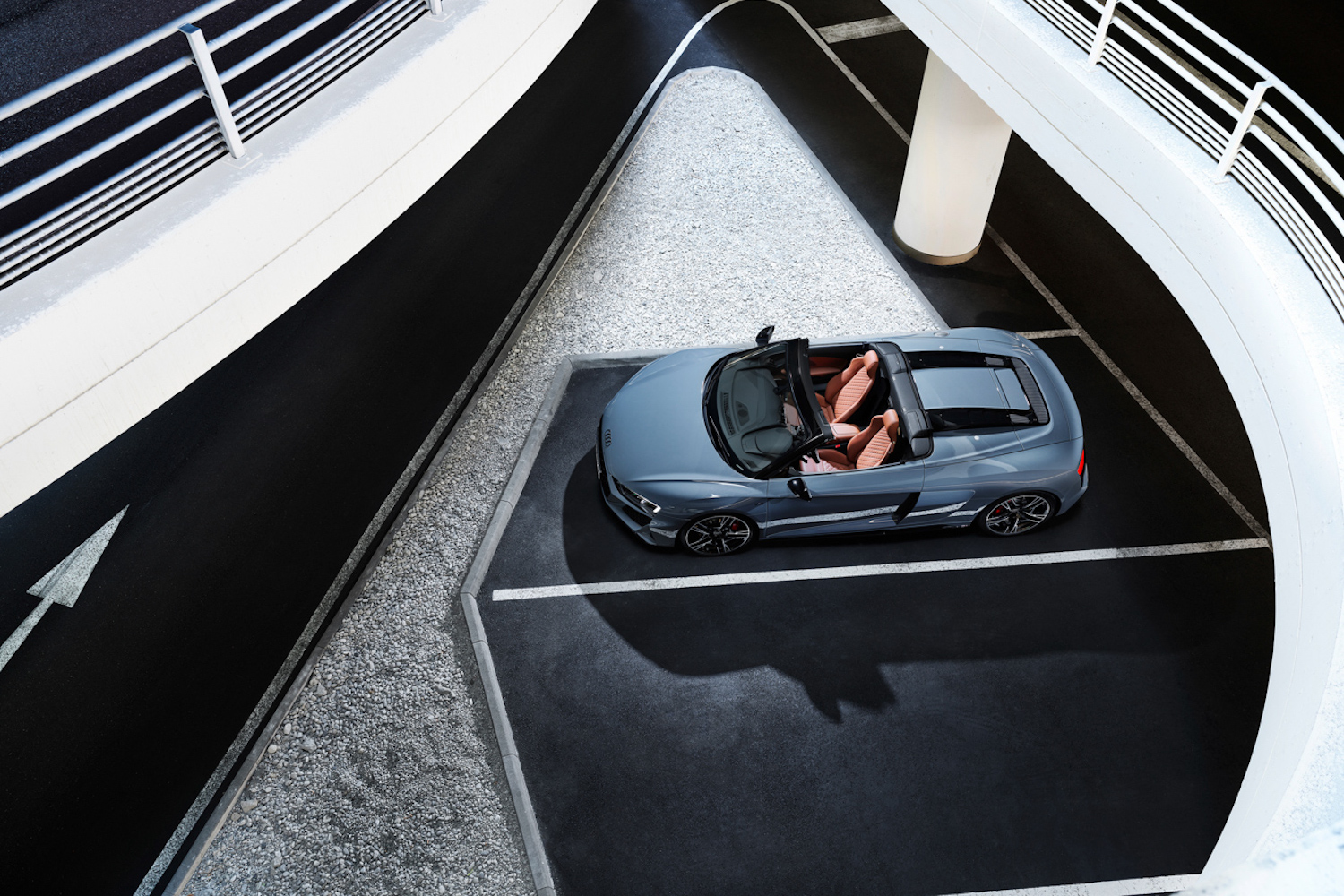 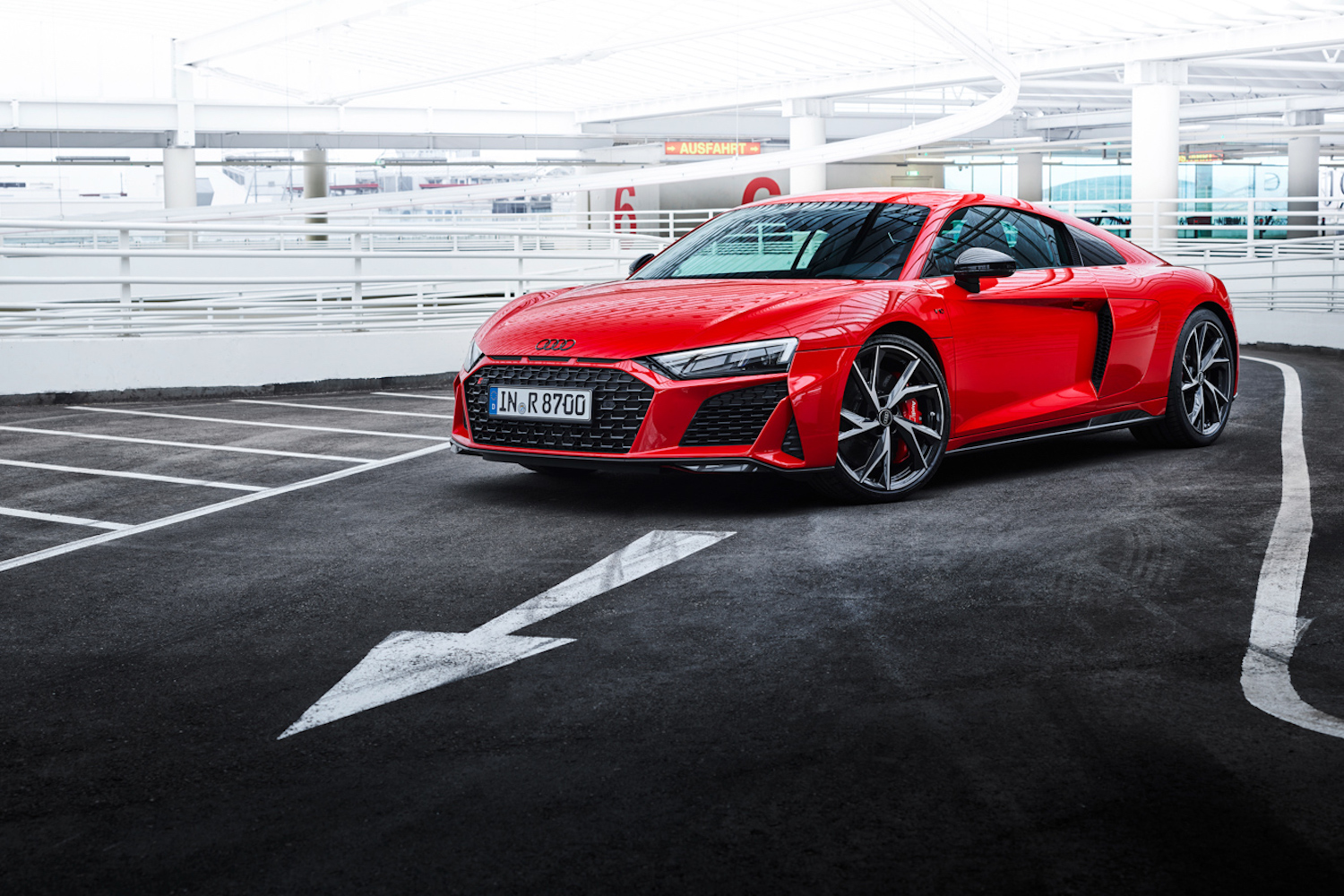 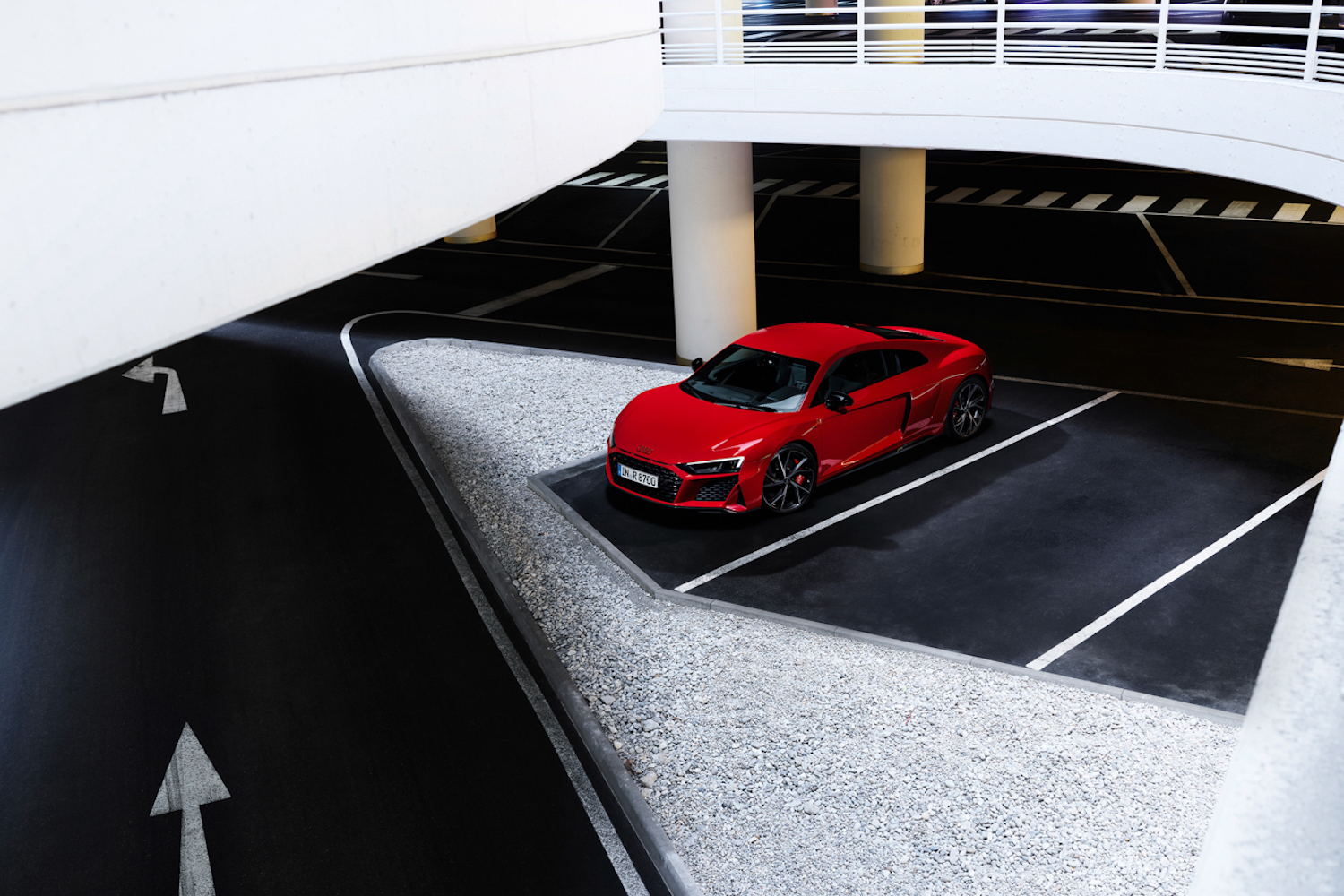 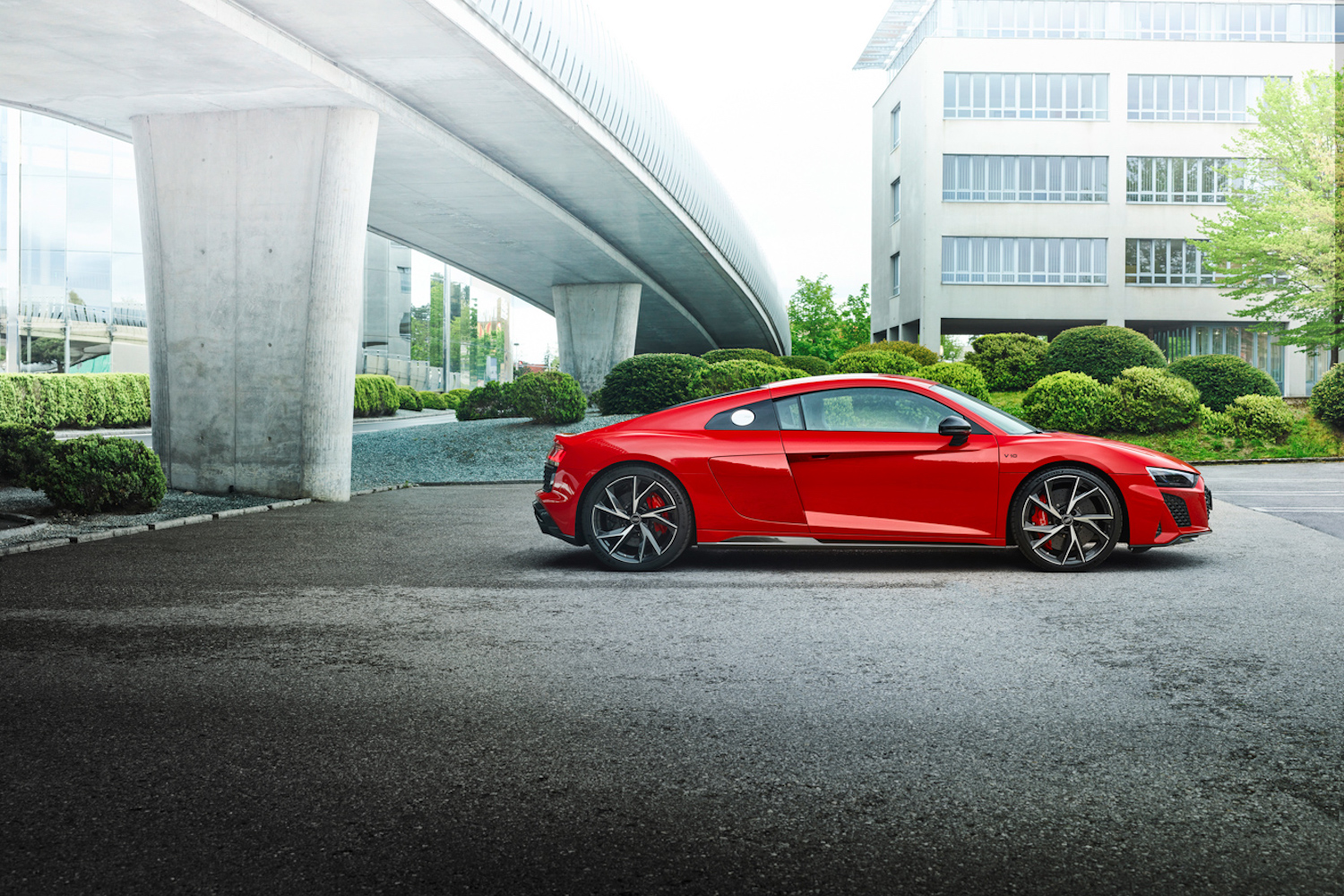 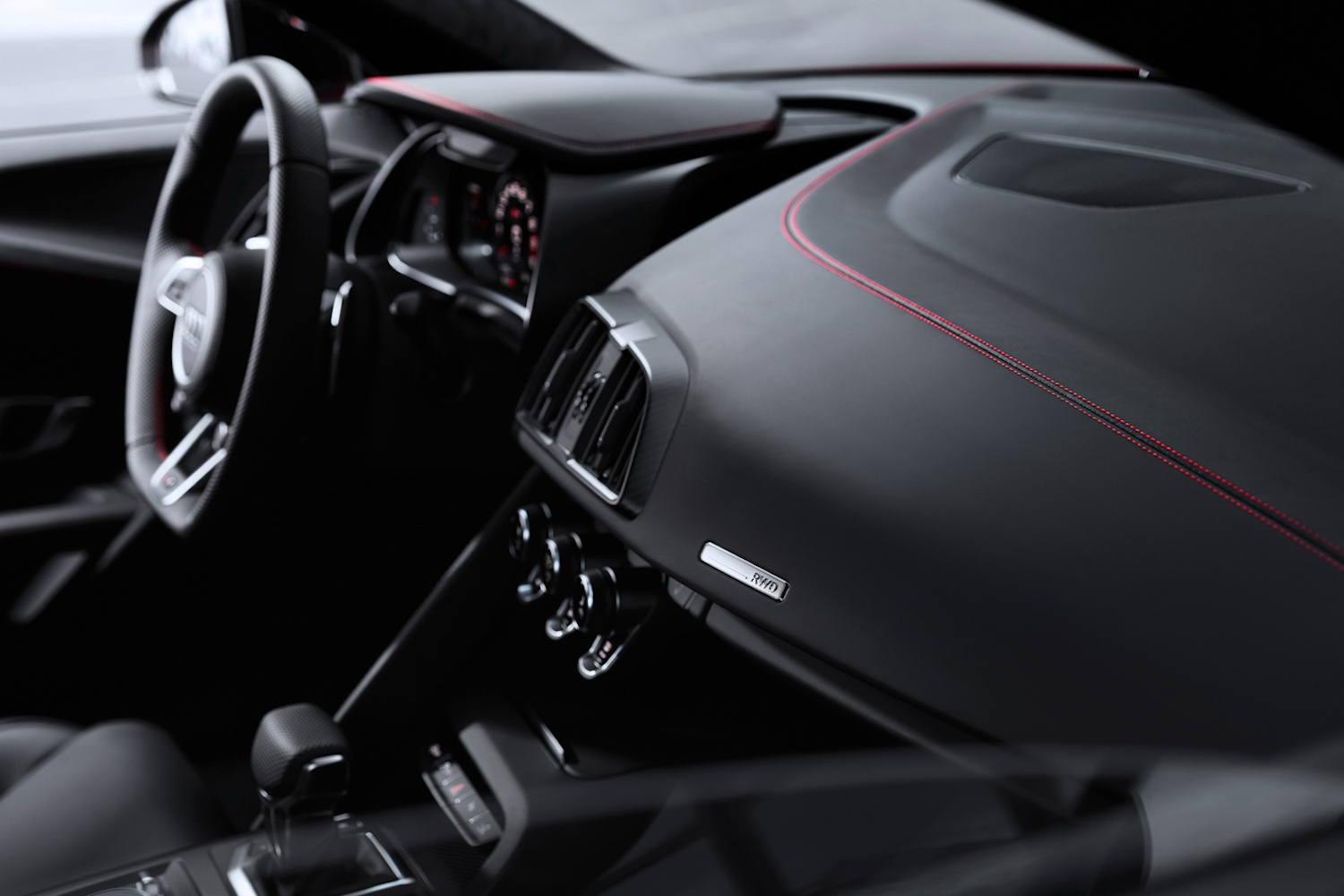 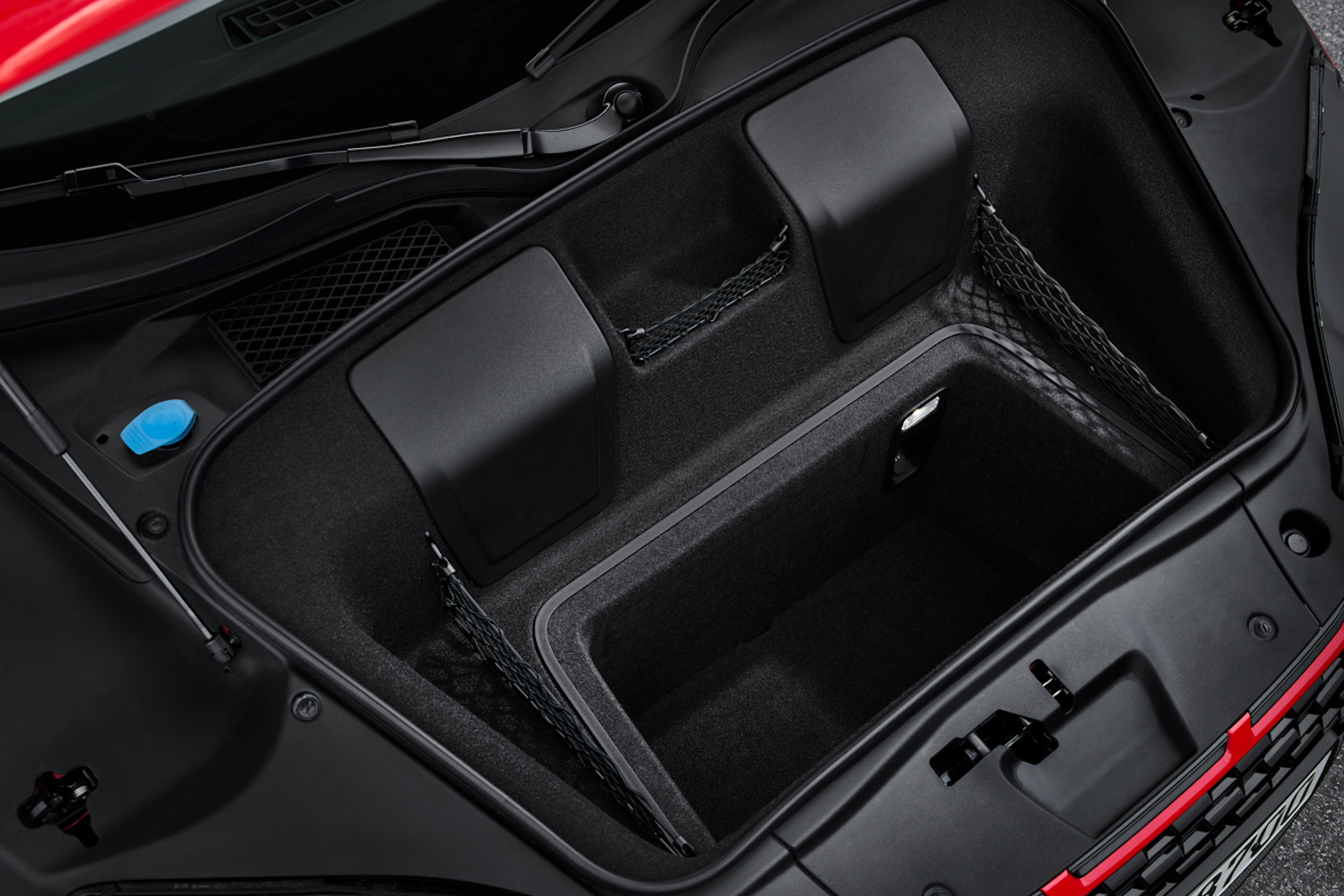 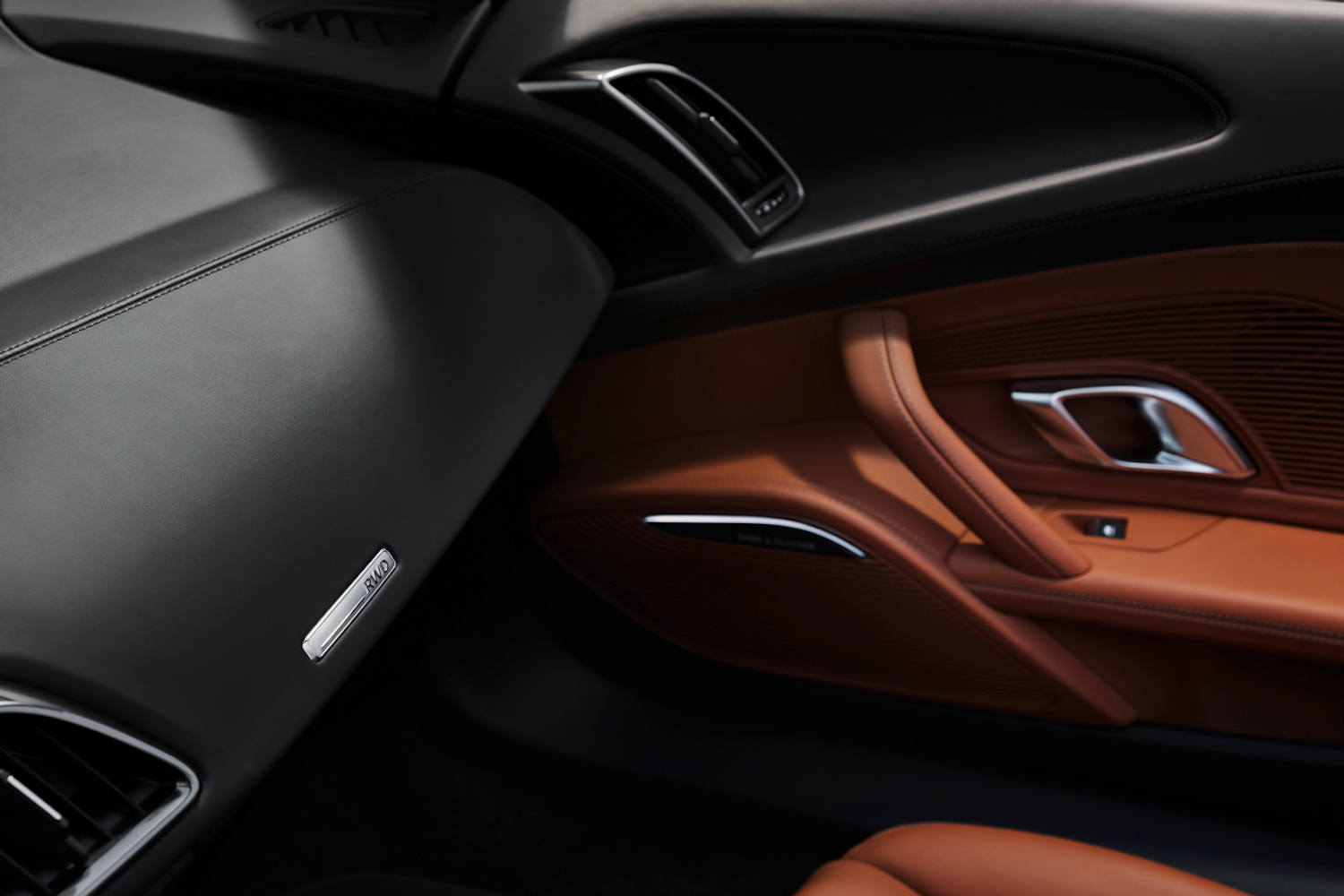 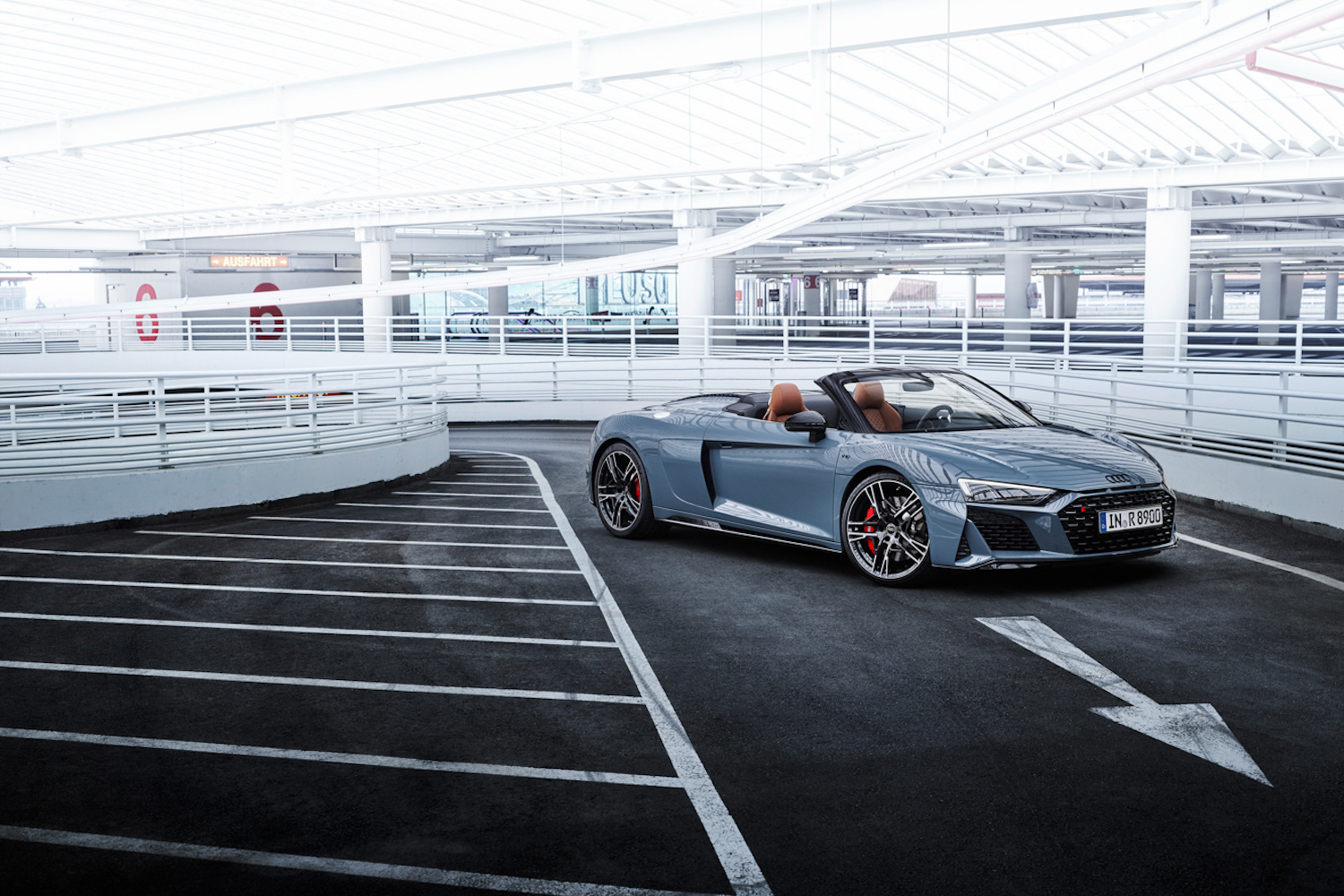 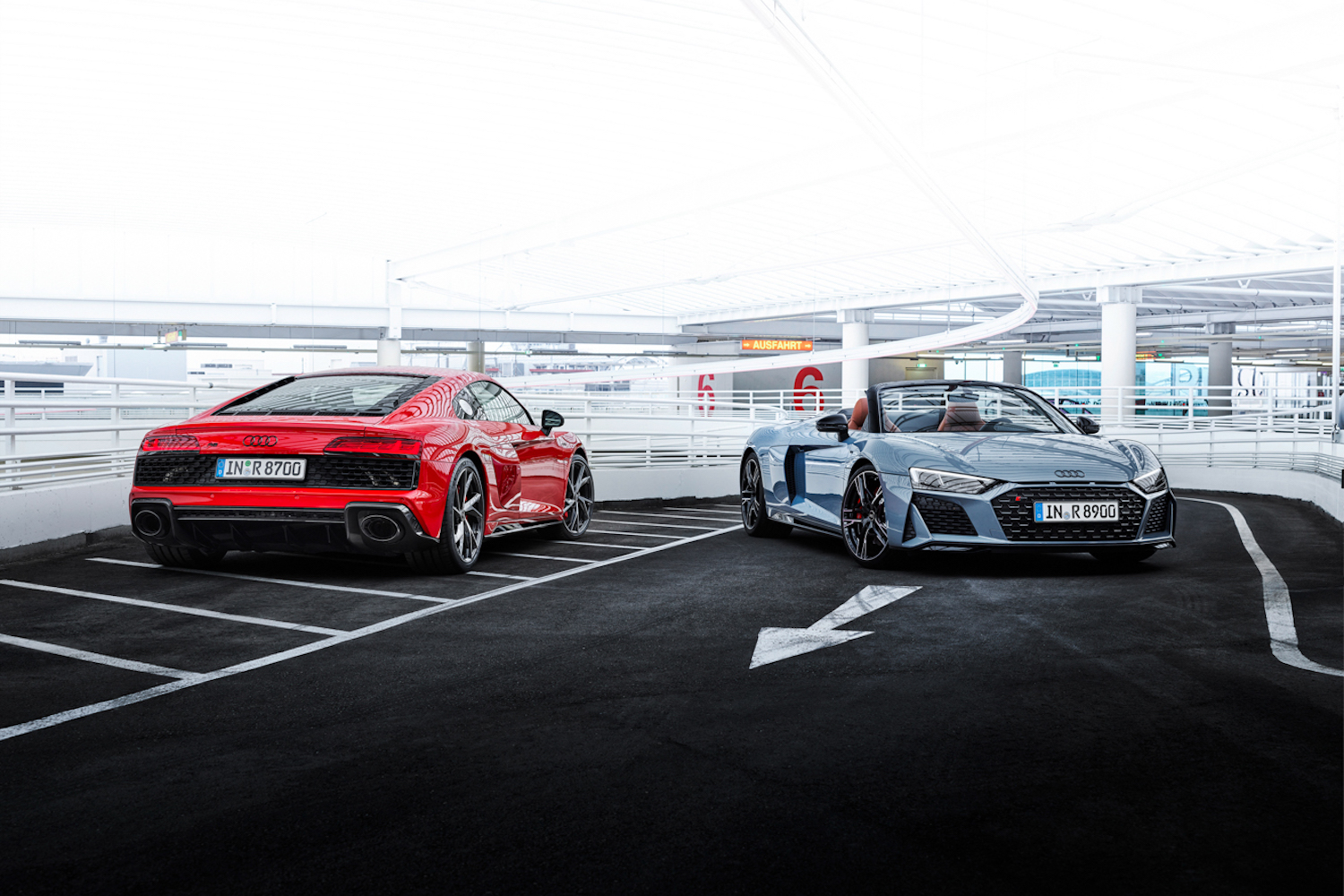 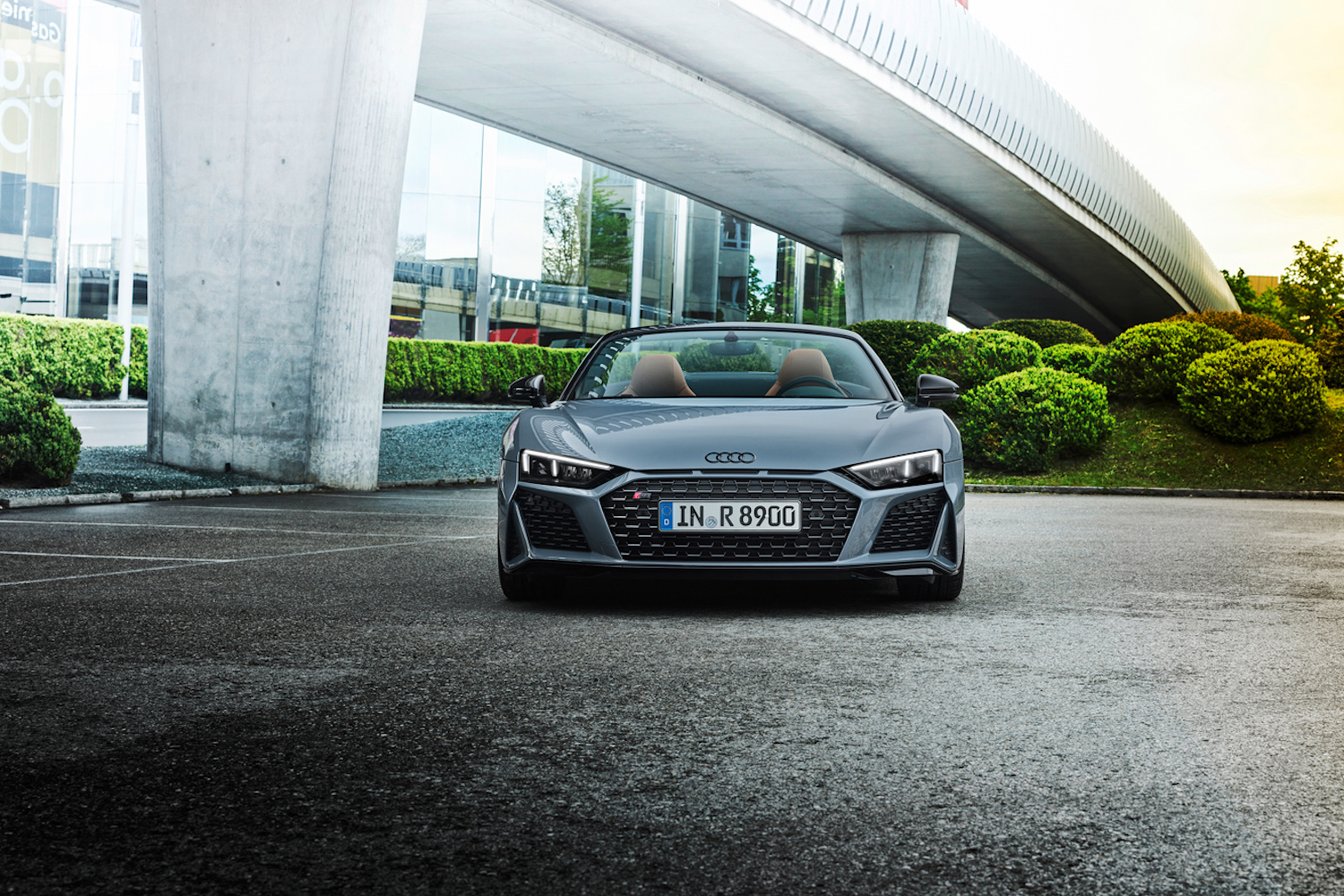 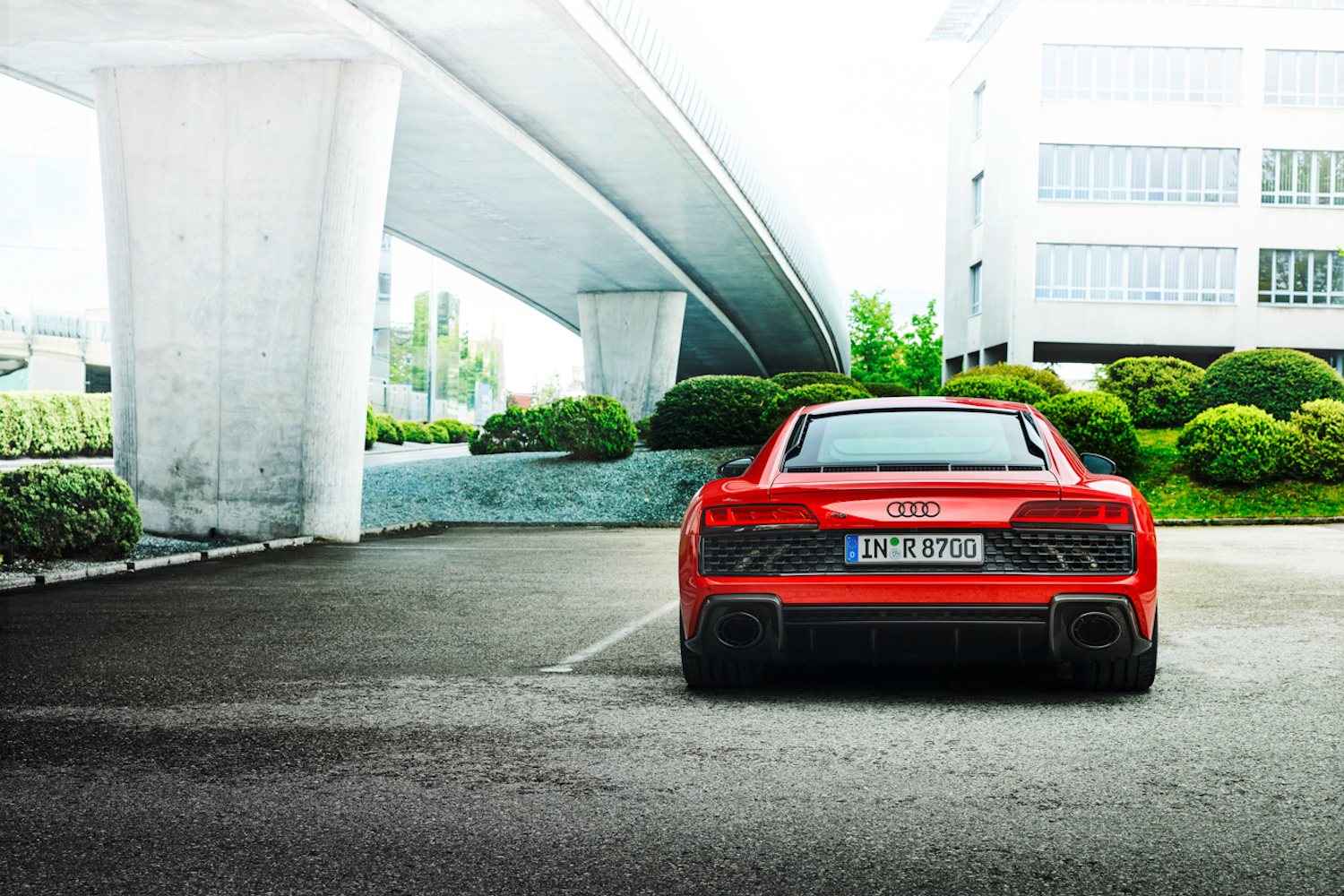 The Audi R8 may or may not be directly replaced - the current rumours about its future veer from cancelled entirely to becoming an all-electric supercar with help from Rimac (the Croatian electric car specialist now very much a part of the wider VW Group family) but whatever happens in the future, Audi is making sure that its V10 superstar goes out with a bang. How? More power...

In fact, the R8 - in its super-sporty, Performance RWD rear-wheel drive form - is getting an extra 30hp injection this year, bringing it to a grand total of 570hp. Oh, and an extra 10Nm of torque, too, bringing that total to 550Nm. Doesn't sound like much, in an era when McLaren and Ferrari can offer you more than 700hp in a compact mid-engined car? Well, it still seems like plenty when you consider that the R8 RWD can scamper to 100km/h in just 3.7 seconds (or 3.8 seconds for the slightly heavier Spyder convertible) and on to a top speed of 329km/h. Do you really need more power than that?

Audi says that the suspension and stability control have been specifically tuned for the rear-wheel drive R8, and that when you put the drive selector into Sport, you can execute 'controlled drifts.' Quite how controlled is presumably up to you.

For the first time, the rear-drive R8 also now gets Dynamic Steering, which alters the power assistance and ratio of the steering rack according to the car's speed and how you're driving. The R8 Performance RWD comes with extra-light 19 and 20-inch aluminium cast wheels, and you can have Cup wheels in 245/30 R20 up front and 305/30 R20 at the back as an option. An 18-inch high-performance steel braking system with a wave design and an optional 19-inch high-performance ceramic braking system provide the stopping power.

Power from the mighty V10 engine (still naturally aspirated - enjoy it while it's there) goes to the rear wheels via a seven-speed S-Tronic dual-clutch gearbox and a passive locking diff.

Style-wise, the R8 Performance RWD takes a lot of cues from Audi's LMS GT4-spec racing R8. There's a big grille at the front, finished in matte black, while the bonnet gets a little air slit which is meant to remind you of the 1980s rallying Quattro. The new R8 is available in ten colour options. One of them is Ascari Blue Metallic, a colour that was previously only available for the R8 V10 performance quattro. The 'R8 Performance' design package boasts an interior with black Alcantara leather, contrast stitching in Mercato Blue and decorative carbon inlays.

Inside, you get the 'Monoposto' styling - which means that there's a large, heavily contoured arch that spans the area in front of the driver's seat and is strongly reminiscent of a racecar cockpit. Set into that is the 12.3-inch Audi Virtual Cockpit digital instrument display, in front of which is a leather-wrapped multi-function steering wheel. That wheel comes with either two or four switch 'satellites' which control, depending on the spec, Audi drive select, starting and stopping the engine, activating Performance Mode and the engine sound as well as controlling the Audi virtual cockpit.

There are also new designs for the bucket seats, which come in leather or Alcantara suede, and in front of the passenger, just to remind them if you're not going sideways, is a large 'RWD' badge.

If all of that doesn't make you feel special enough, then Audi would like to remind you that the R8 Performance RWD is effectively hand-built, in the same Böllinger Höfe plant in Neckarsulm, Germany where Audi also makes the LMS GT4 R8 race car. Indeed, the road car and the race car share around 60 per cent of their components, which is exactly the sort of boring dinner-party boast we like to make. It's why we don't get invited to many dinner parties. Oh, and the four-wheel drive quattro version of the R8 carries on more or less unchanged, but does get the same 'Performance' badging as this RWD version.

"The Audi R8 V10 RWD really struck a chord with customers right from the start with its rear-wheel drive derived from the R8 LMS racecar and its unfiltered dynamics. Now it has 30hp and 10Nm meters more, taking the driving experience to a whole new level," says Sebastian Grams, Managing Director of Audi Sport GmbH.