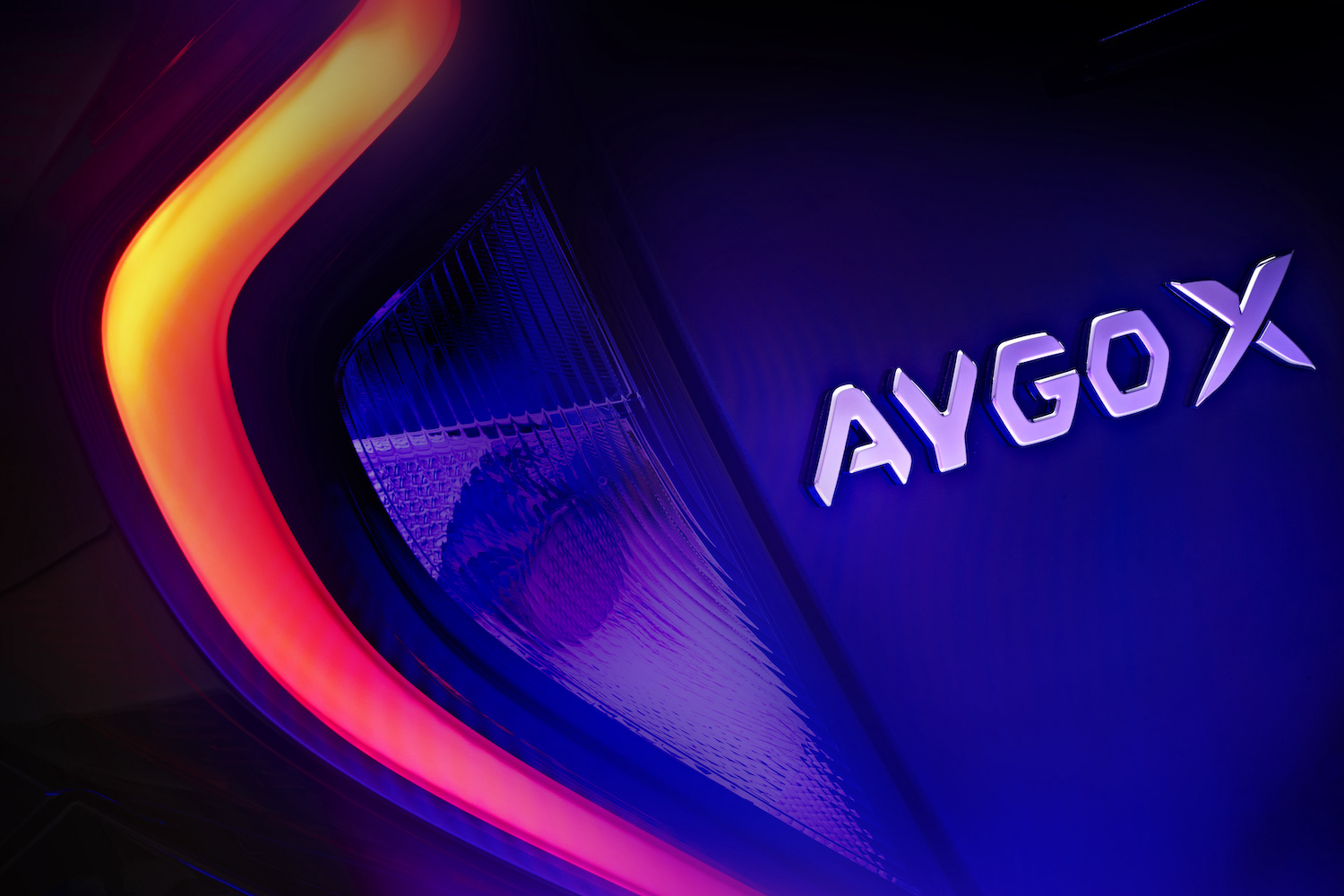 New Toyota Aygo X will morph into a chunky crossover.

Toyota Ireland has confirmed that the new Aygo X will be revealed in full in November, along with pricing for the Irish market, and that the new car will go on sale here in early 2022.

Based on the concept car

So far, all Toyota is prepared to show us of the new car is a close up of the badge and one brake light, but thanks to the Aygo X Prologue concept car from earlier this year, we can make a few reasonably safe predictions.

The most important prediction is that the Aygo will no longer be a small, ultra-cheap hatchback, but will instead morph into a mildly chunky tiny SUV (well - more of a hatch with SUV-esque cladding and styling bits, but still...). The Aygo X Prologue is based on Toyota's GA-B chassis, which you'll also find under the new Yaris and Yaris Cross. The chassis has been shortened a little, to tuck the Aygo X's dimensions in, but the X model will be taller and larger overall than the outgoing Aygo. At the front are wraparound 'clamp' shaped headlights, with a connecting LED light bar between them, while at the rear there's a similar light bar for the rear lamps. As ever with an Aygo-badged car, if you're going to fit a part, it has to be a multi-tasker, so that brake light bar also acts as the boot handle. Once again, as is Aygo tradition, the rear hatch is just a single, simple pane of glass, simplifying the design and saving weight.

Same engines as the Yaris

While Toyota hasn't given us any technical details of the car as yet, it's almost certain that it will use the same 1.0-litre three-cylinder petrol engine as the basic Yaris, with the possibility of both the larger 1.5-litre engine, and maybe even a range-topping hybrid version as well. The Aygo X will, when it goes on sale, sit beneath both the Yaris hatchback and the incoming Yaris Cross crossover in the Toyota lineup. As with all previous Aygo models, the new Aygo X will be built in Kolin at Toyota Motor Manufacturing Czech Republic.

Michael Gaynor, Marketing Director of Toyota Ireland commented on the announcement: "The arrival of the Aygo X signifies a new chapter in Toyota's long heritage in compact vehicles. The new Aygo X is now exclusively Toyota, unlike the outgoing model, and is refining the small car segment with a unique urban crossover design. The Aygo X is also very important to the brand in Ireland as it offers younger drivers first entry into the brand given its affordability and style."