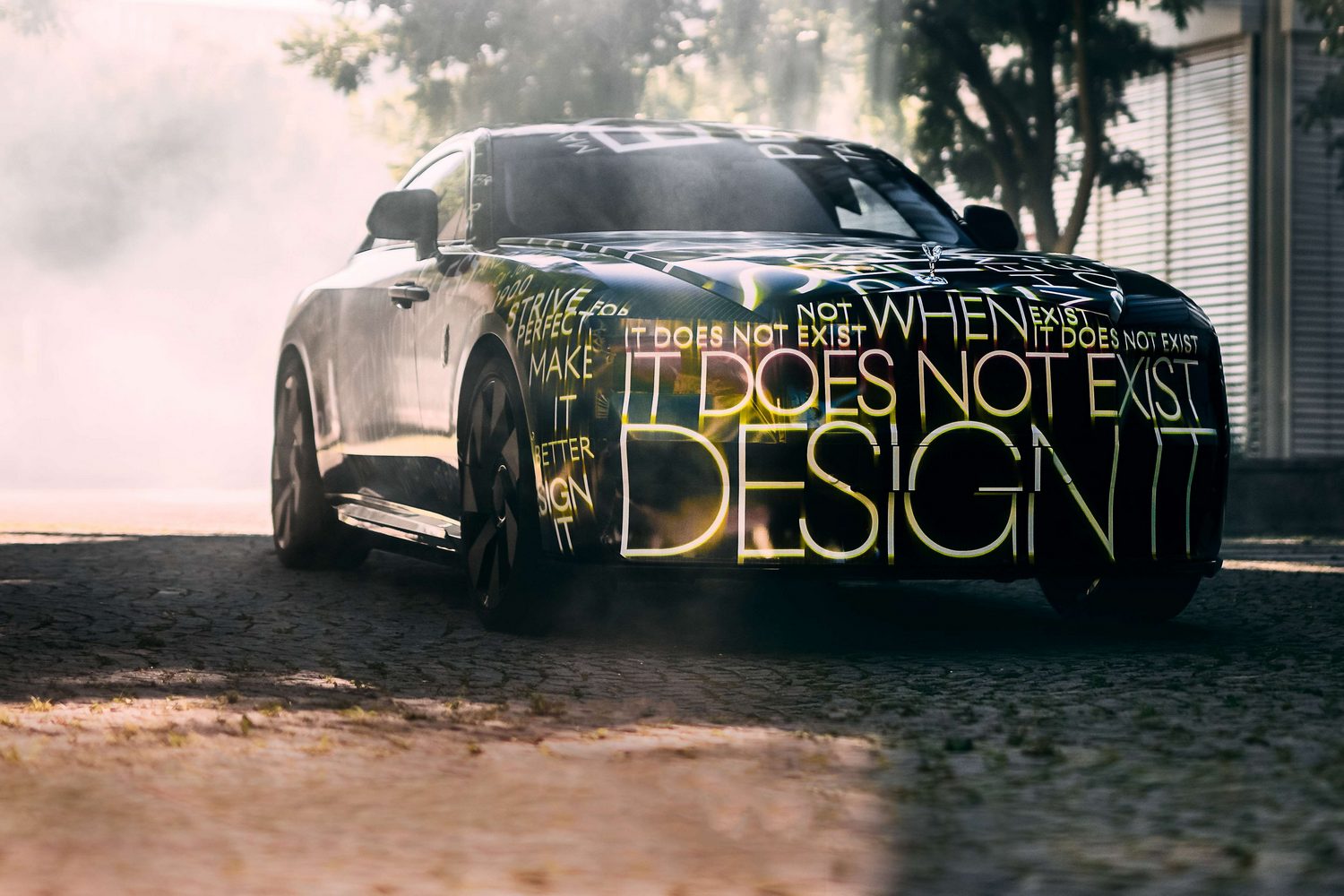 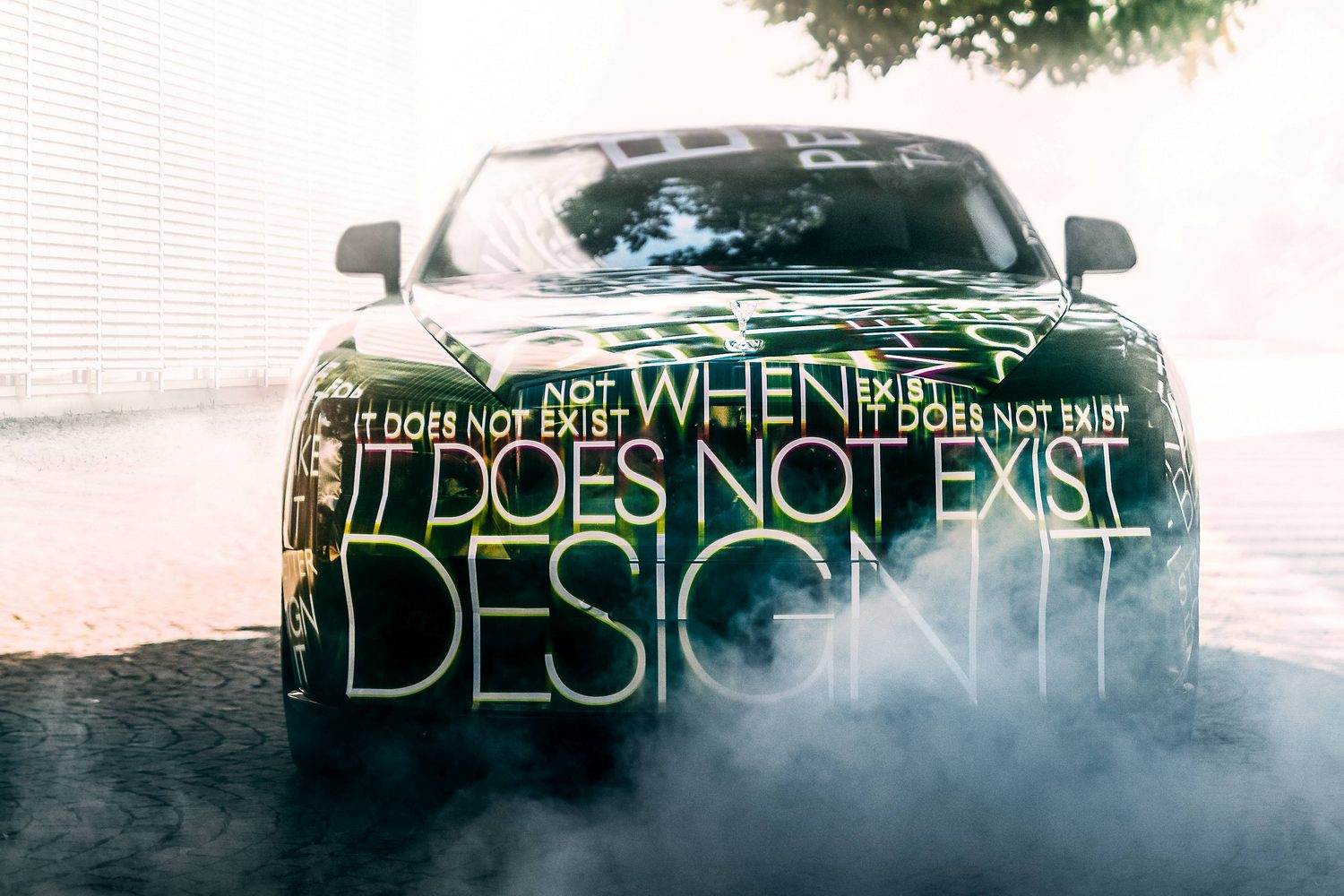 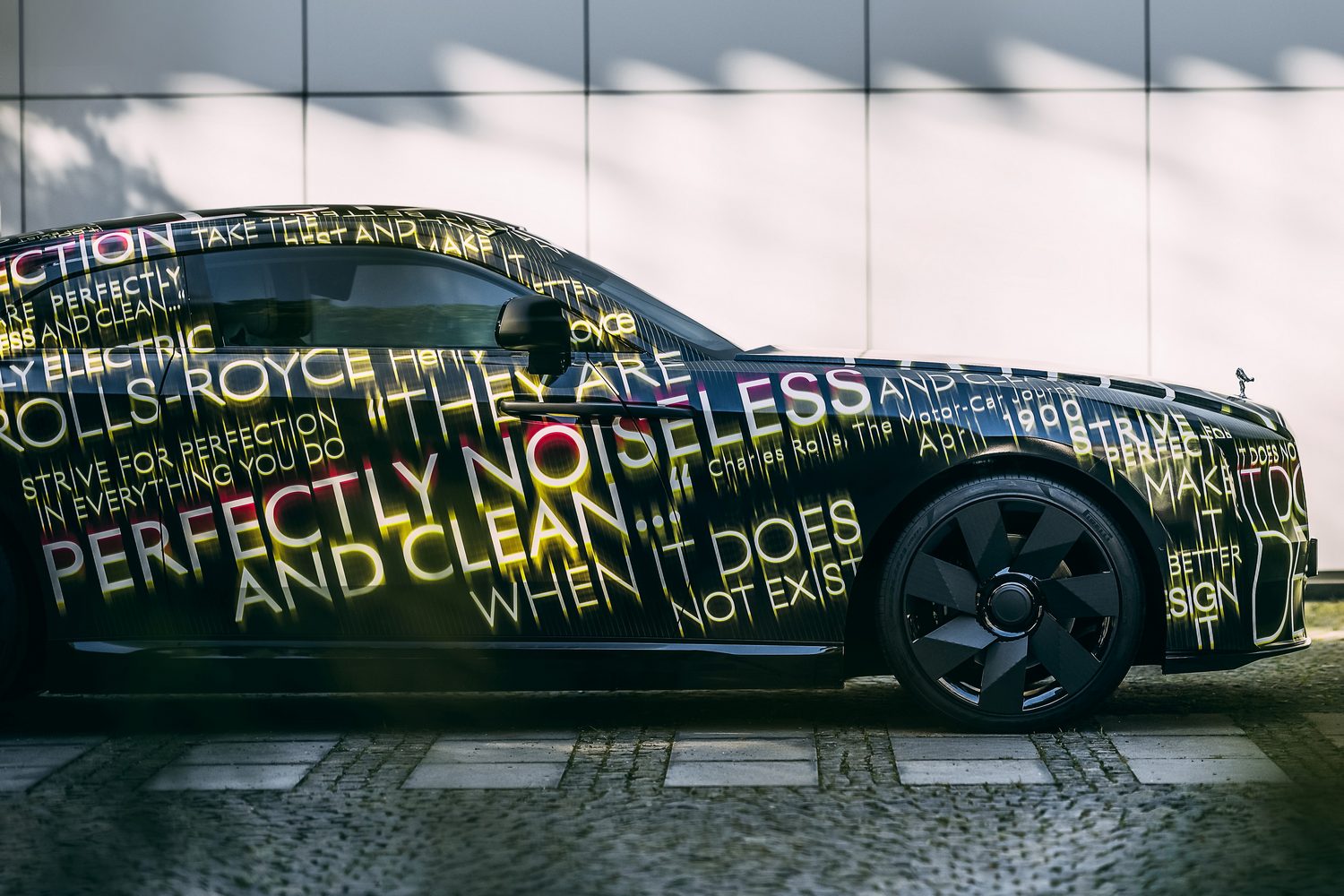 Rolls-Royce has revealed images of the Spectre, its first pure-electric vehicle. The new model marks the start of the company's transition to being an electric car manufacturer by 2030.

'The best electric car in the world'

Pictures reveal that the Spectre is a large coupe, similar in style to the Wraith. Up front is the familiar Rolls-Royce grille topped by the Spirit of Ecstasy mascot, while the long bonnet and low roof are familiar from the Wraith. A camouflage wrap - featuring quotes from company founder Henry Royce - hides most of the car's details, so we will have to wait a little longer to see whether Rolls-Royce changes its design direction in light of the car's electric running gear.

Under the bodywork, the Spectre uses the same 'Architecture of Luxury' platform as the current Phantom. This was designed with electric running gear in mind, although at this early stage there are no details about the Spectre's electric motors, power output, range or charging capability. One thing is for certain, the Spectre will have a suitably expensive price tag to reflect its standing as Rolls-Royce's pioneering first electric luxury car.

Speaking about the Spectre's unveiling, Rolls-Royce CEO Torsten Müller-Ötvös said: "[This] is the most significant day in the history of Rolls-Royce Motor Cars since 4th May 1904. On that date, our founding fathers, Charles Rolls and Sir Henry Royce, first met and agreed that they were going to create 'the best motor car in the world.'

"The cars they created, introduced to the world a true luxury experience and secured for Rolls-Royce the ultimate pinnacle position that it continues to occupy, unchallenged, to this day. The marque has continued to define the very best in internal combustion motoring for more than a century.

"Today, 117 years later, I am proud to announce that Rolls-Royce is to begin the on-road testing programme for an extraordinary new product that will elevate the global all-electric car revolution and create the first - and finest - super-luxury product of its type."

Rolls-Royce will now put the Spectre to the test and cover 2.5 million kilometres - the equivalent of 400 years of use for a standard Rolls-Royce - in all extremes of driving, so that it delivers the level of luxury, comfort and performance that its customers have come to expect. "You will see these test cars on roads, around the world," said Müller-Ötvös. "Look out for them - they will be in plain sight. They will be tested in all conditions and over all terrains on their multi-million-mile journey - that will literally accelerate Rolls-Royce into the future."

This isn't the first time that electrification has been on Rolls-Royce's radar. Henry Royce drove an electric car at the dawn of the motoring era in 1900, when he commented: "The electric car is perfectly noiseless and clean. There is no smell or vibration, and they should become very useful when fixed charging stations can be arranged. But for now, I do not anticipate that they will be very serviceable - at least for many years to come."

In addition, the current BMW-owned Rolls-Royce has revealed two electric prototypes in the past decade. In 2011, the 102EX added all-electric drive to the Phantom, while the 103EX of 2016 was an electric-powered concept that showed a vision of a luxury Rolls designed decades into the future.

The Rolls-Royce Spectre is expected to go on sale in the fourth quarter of 2023.