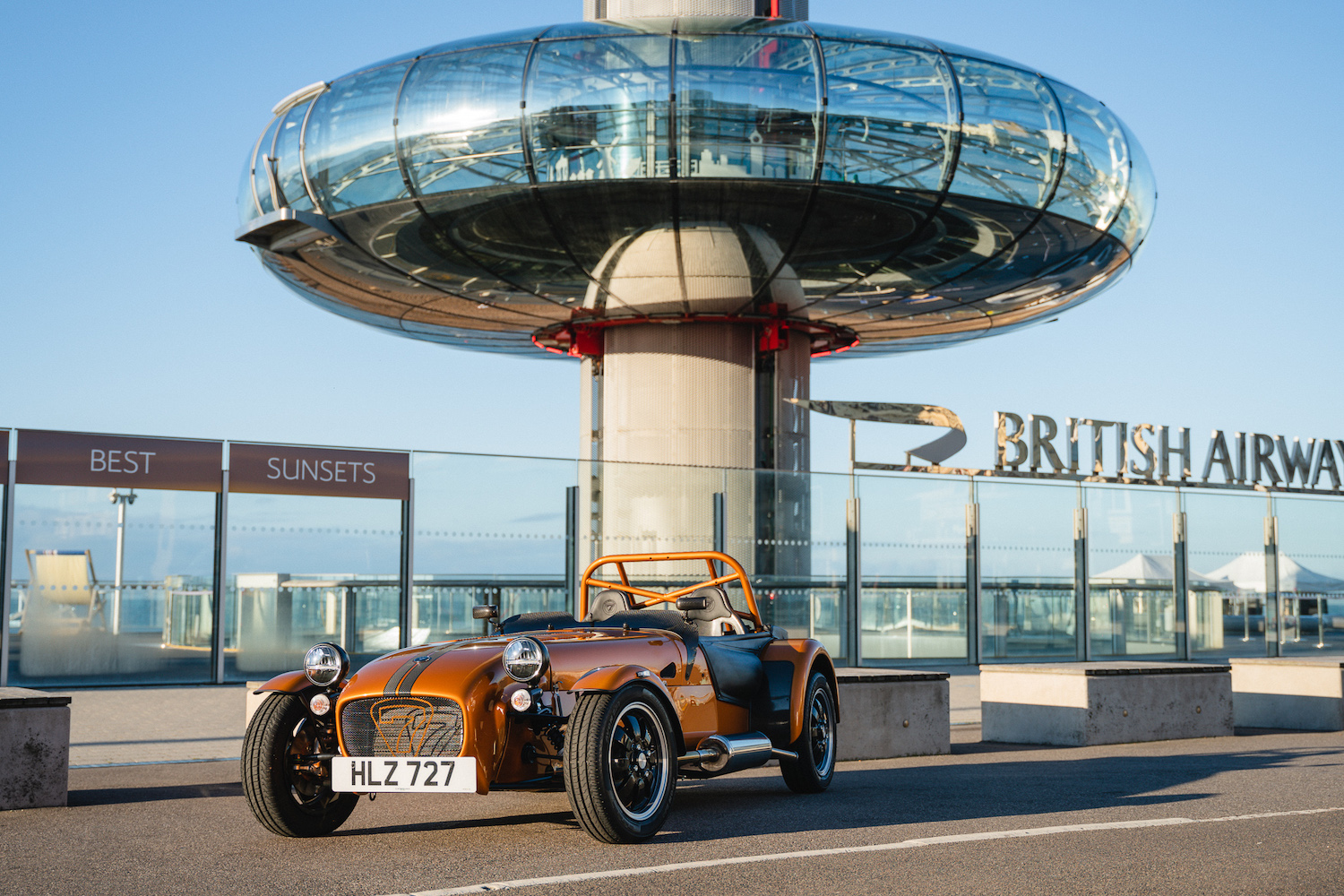 British retro sports car maker Caterham has launched the Caterham Seven 170, a new compact model fitted with an 84bhp 660cc turbocharged Suzuki engine. The 170 in the car's name refers to the car's power-to-weight ratio of more than 170bhp per tonne.

The compact model is the first product from Caterham Cars since it was taken over by VT Holdings, an automotive group who's headquarters are in Japan. It's designed to meet that country's kei car regulations for small cars, which is normally the preserve of a variety of quirky looking city cars from the likes of Suzuki, Daihatsu and the big Japanese makers. The Seven 170 meets the class limits because it's 1,470mm wide, making it 105mm narrower than any other version of the Seven currently on sale.

The 170's favourable power-to-weight ratio is thanks to the car's kerb weight of 440kg, while narrow 155-section tyres and a live axle rear suspension set-up mean that it should deliver a good balance, which Caterham claims will "enable drivers of all capabilities to extract the full potential from the latest Seven's configuration".

The featherweight Caterham Seven 170 has a 0-100km/h time of 6.9 seconds and a top speed in excess of 100mph, but it can also lay claim to an emissions figure of 109g/km, which is the equivalent of a hybrid supermini.

As with other versions of the Seven, the 170 is available as a kit to build at home, or you can pay an extra to have it built by the factory. Caterham also offers the S and R packs. The S pack is road-biased and includes suspension tuned for the road, a full windscreen and wet weather gear, while the R features sports suspension, composite race seats with four-point harnesses and a carbon-fibre dashboard, and is designed for track use.

Graham Macdonald, CEO of Caterham Cars, said: "The Seven 170 really distils the brand's reputation for offering accessible, simple, light-weight sports cars. Given the popularity of the 160, we're really excited by the potential the Seven 170 offers customers.

"We've taken what was great about the 160, its performance and competitive price, and built on it by adding even more choice for our customers. We're confident the inclusion of the 170R, not previously available on the 160, will prove a hugely popular specification for both new and old customers."

Currently Caterham Cars aren't distributed in Ireland, but if you were to import one from the UK, prices start from around €19,700 for a kit before taxes.