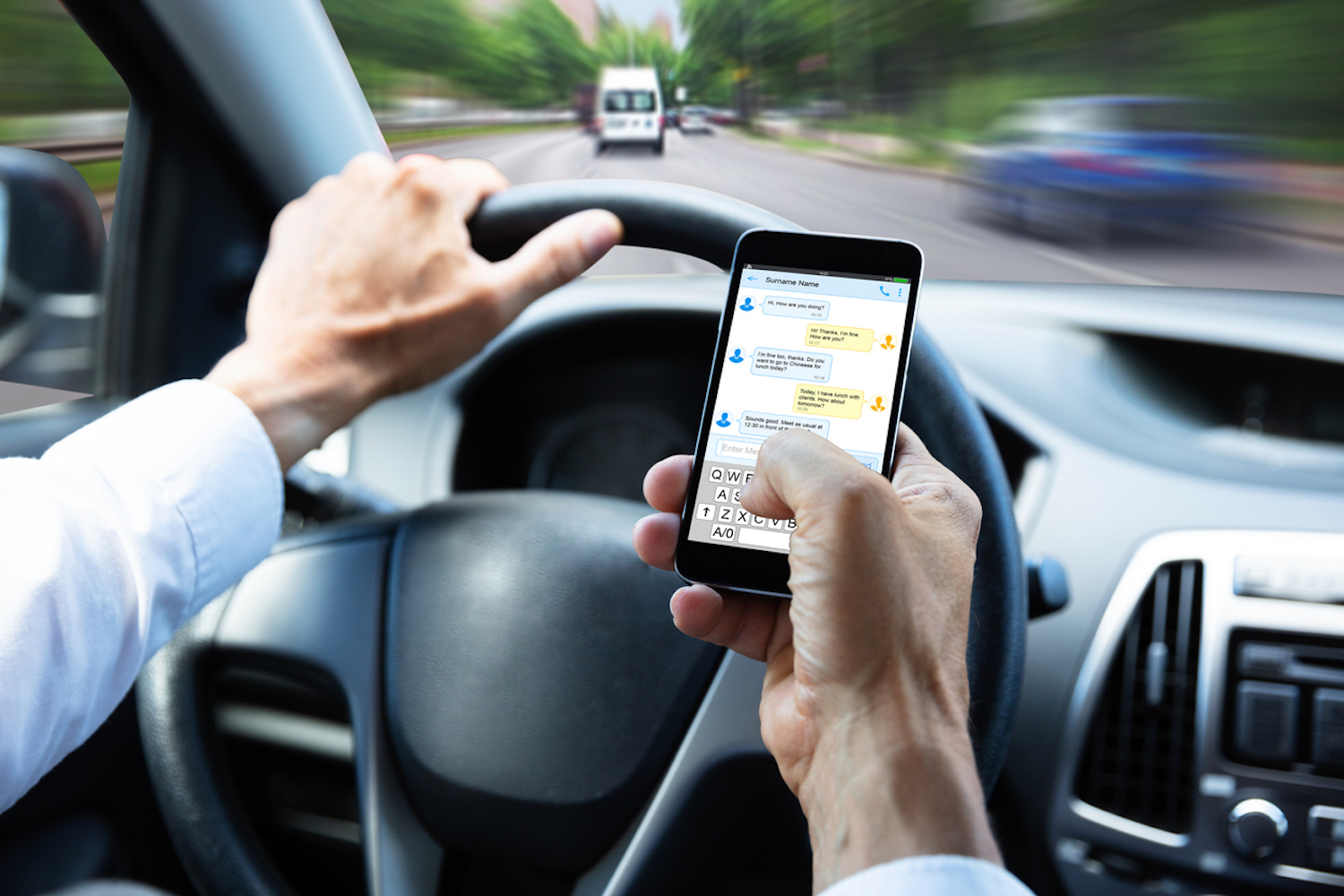 Almost 60 per cent of Ireland’s drivers say that they ‘never’ use their mobile phones behind the wheel.

New research from the AA suggests that while a majority - 59.7 per cent - of Irish motorists claim to have never used their mobile phone while driving, 79 per cent say that they either 'often' or 'occasionally' see other drivers using theirs. We'll let you do the maths on how those two figures balance out, and decide which group is fooling itself...

The problem is getting worse

Out of a total of 2,617 Irish drivers surveyed by the AA, 48 per cent were quick to blame other drivers, and say that the problem of phone use behind the wheel is getting worse. Only five per cent said that, in the past year, they had not seen another driver using their phone.

Two in every five drivers admit to picking up their phone while driving to make a handheld call, send or read a message, or check a notification. Out of this group, most admit to doing so, but only 'rarely.' 59 per cent said that they never do, while a mildly hilarious 1.6 per cent were actually honest and said that they 'often' do so.

Stopped at a light

It's a slightly different picture when stopped in traffic or a red light, but again very few say this a regular occurrence for them. Three in five motorists say they have done so, but mostly 'rarely'. Just 4.5 per cent say they "often" make a handheld call, send a message, or check a notification when stopped. 42.1 per cent say they 'never' do.

A quarter of drivers admitted to opening a music streaming or playing app on a phone while driving, with 70 per cent saying that they 'never' do that. 95 per cent claimed never to have taken a photo while driving.

Interestingly, 61 per cent of respondents said that they would like to see stricter penalties to discourage mobile phone use behind the wheel...

The AA points out that it is illegal in Ireland to hold a phone while driving, including having it cradled between your neck and shoulder. Holding a phone can result in a fixed charge penalty notice of €60 and three-penalty-points on your driving licence. It's also against the law to open, send or read a message on a phone while driving, even if it's on a dashboard mount. Last year, An Garda Siochána issued 24,474 fixed charged penalty notices for mobile phone use. Distracted driving can also lead to charges of driving without due care and attention, careless driving and dangerous driving.

AA Ireland Head of Communications, Paddy Comyn, said: "This survey shows that most motorists feel that phone use is unacceptable. Most say they never use their own phone for handheld activities while driving, but they feel others do so regularly and think penalties should be more strict. While looking at a notification might feel quick, when driving at 120km/h on the motorway, a vehicle travels around the length of a soccer pitch every 3.5 seconds. In the five seconds it takes to manually dial a number, you could drive the length of a soccer pitch and a half without looking. Doing the same thing at 50km/h, a motorist would drive the length of five double-decker buses with their eyes off the road."