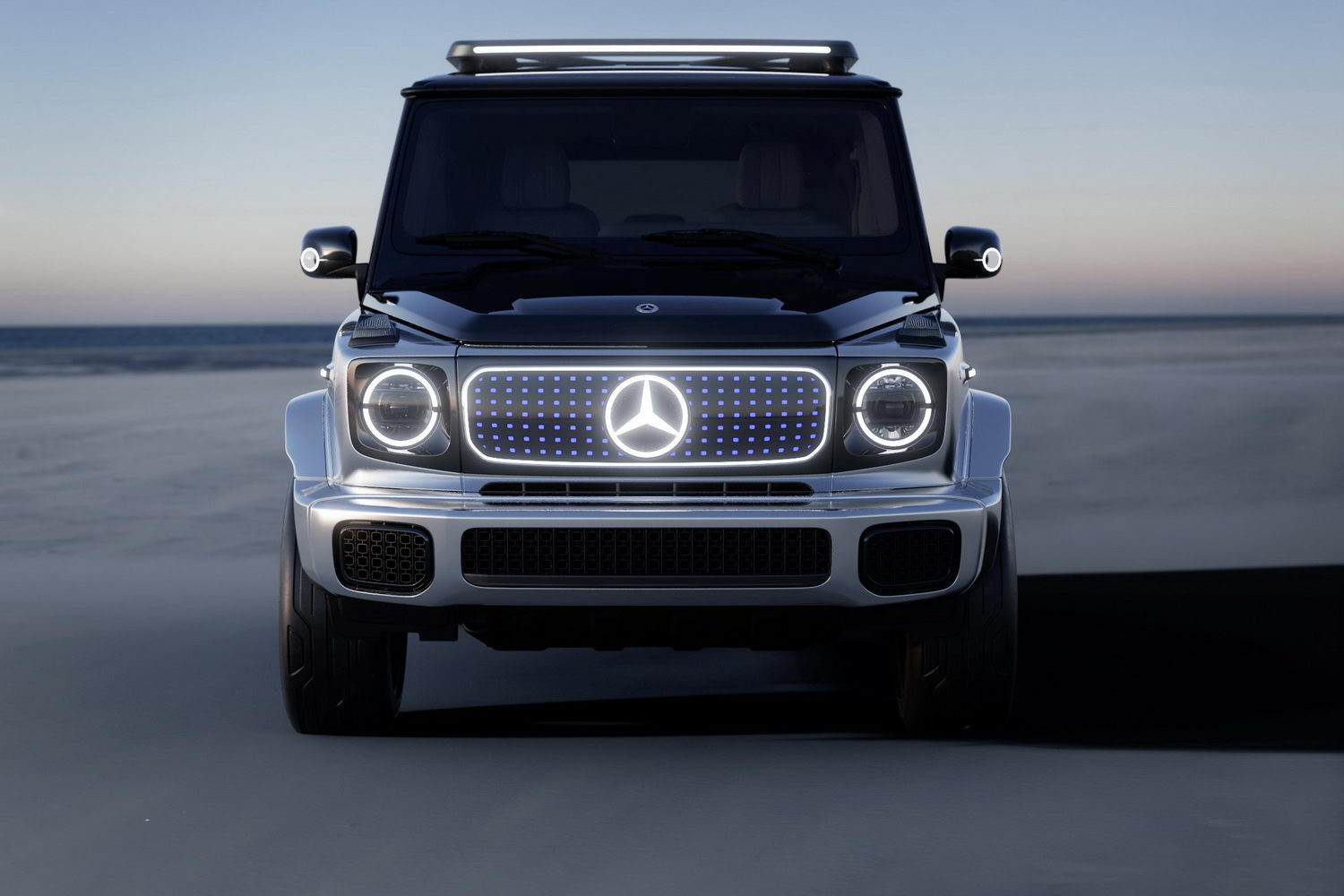 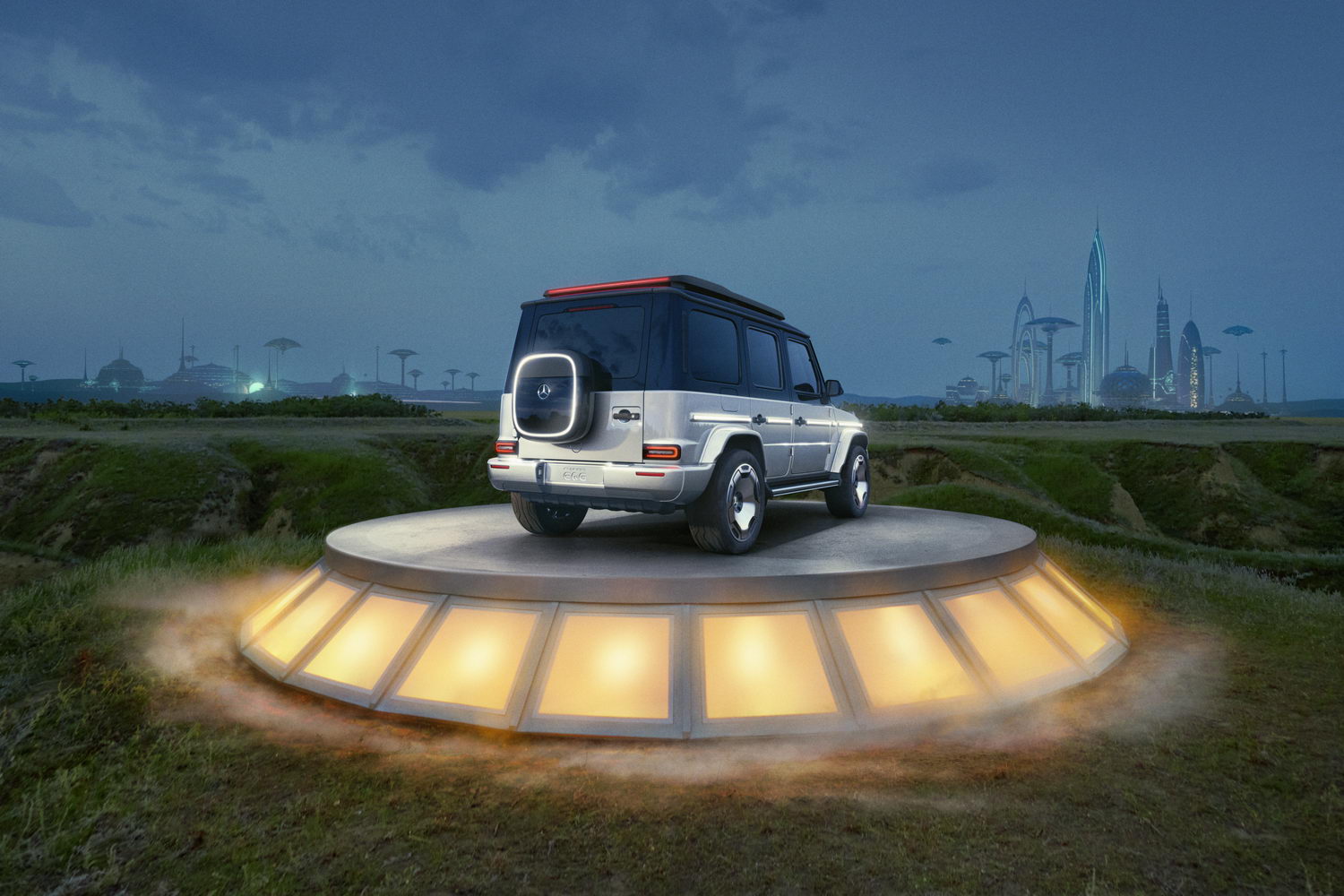 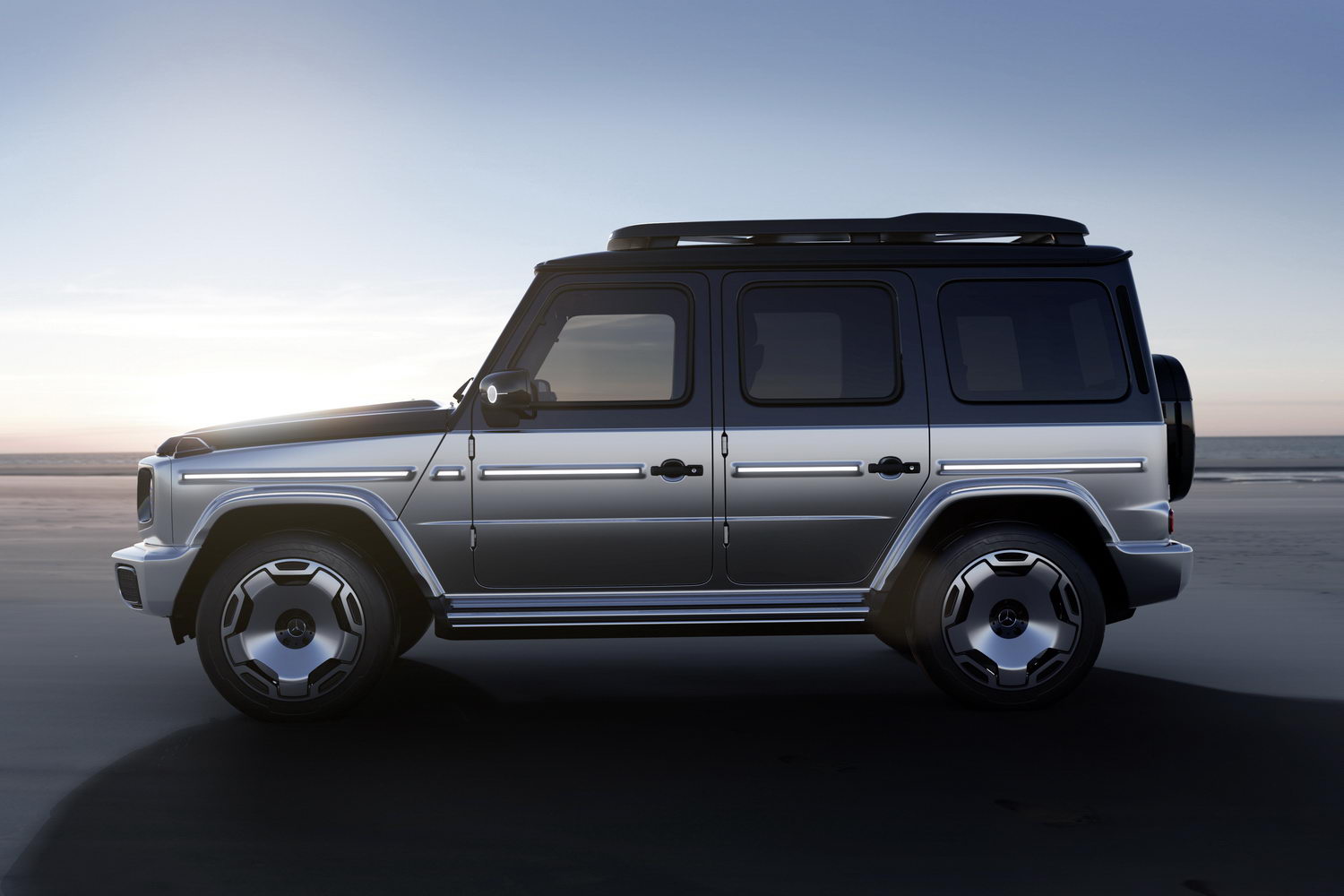 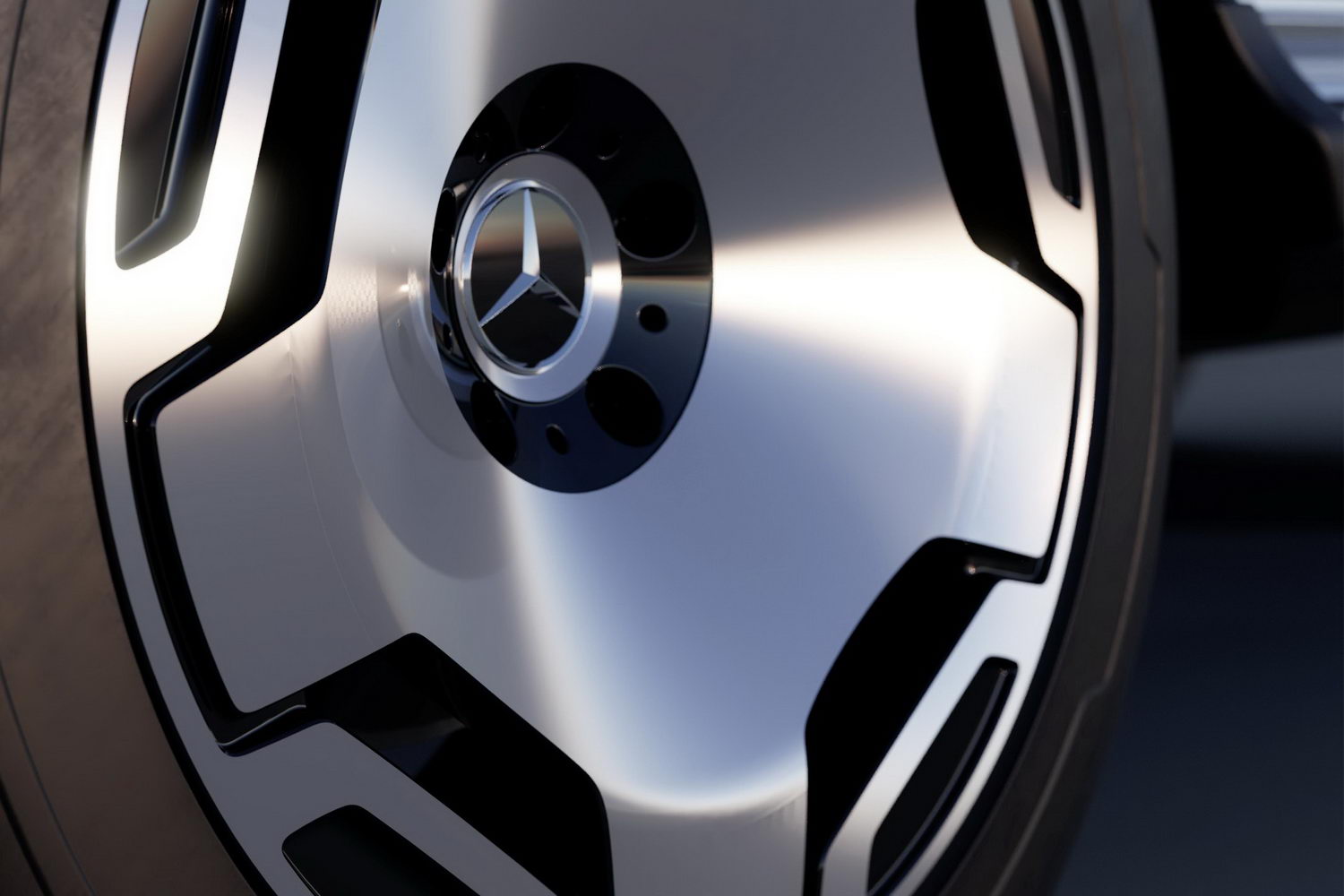 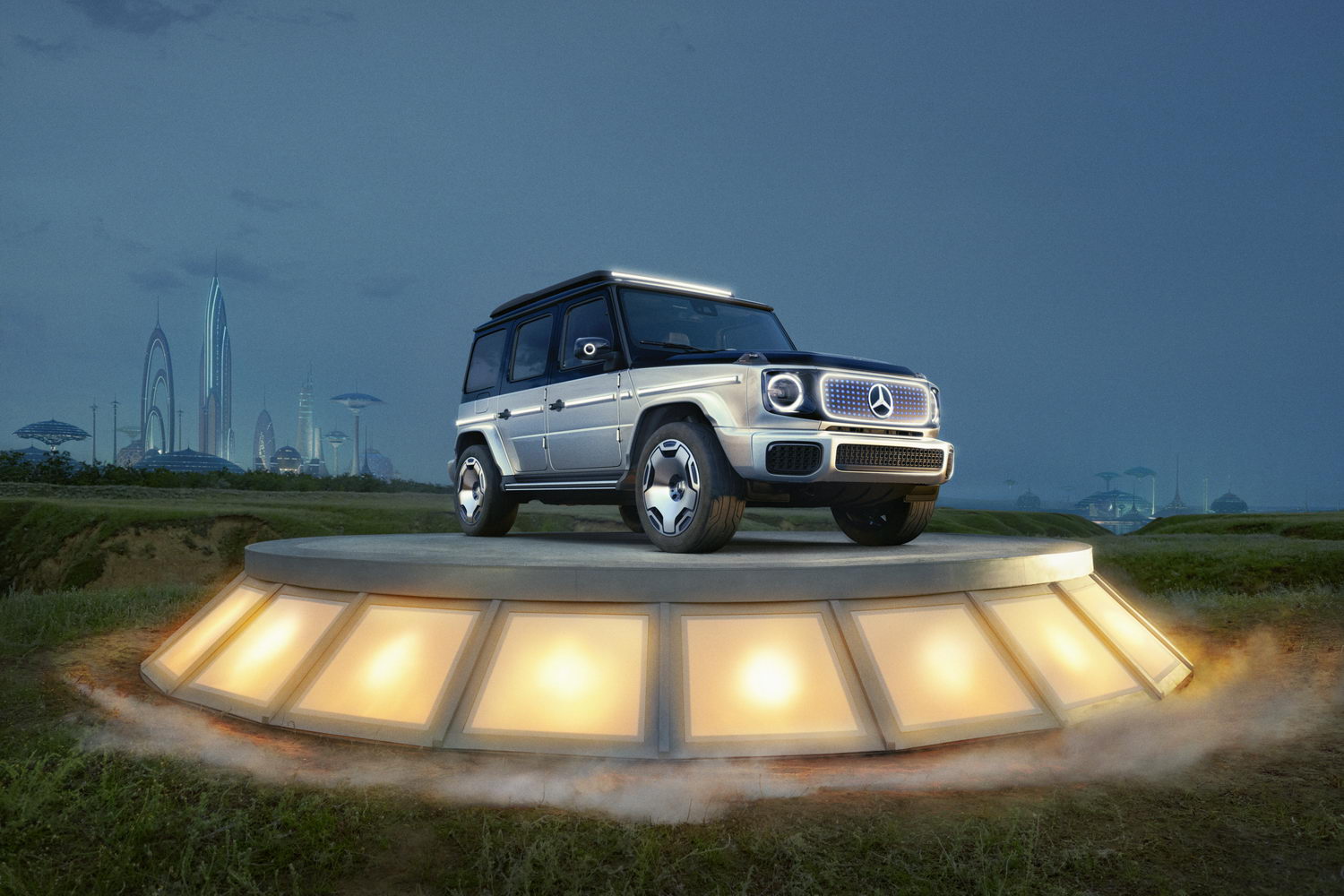 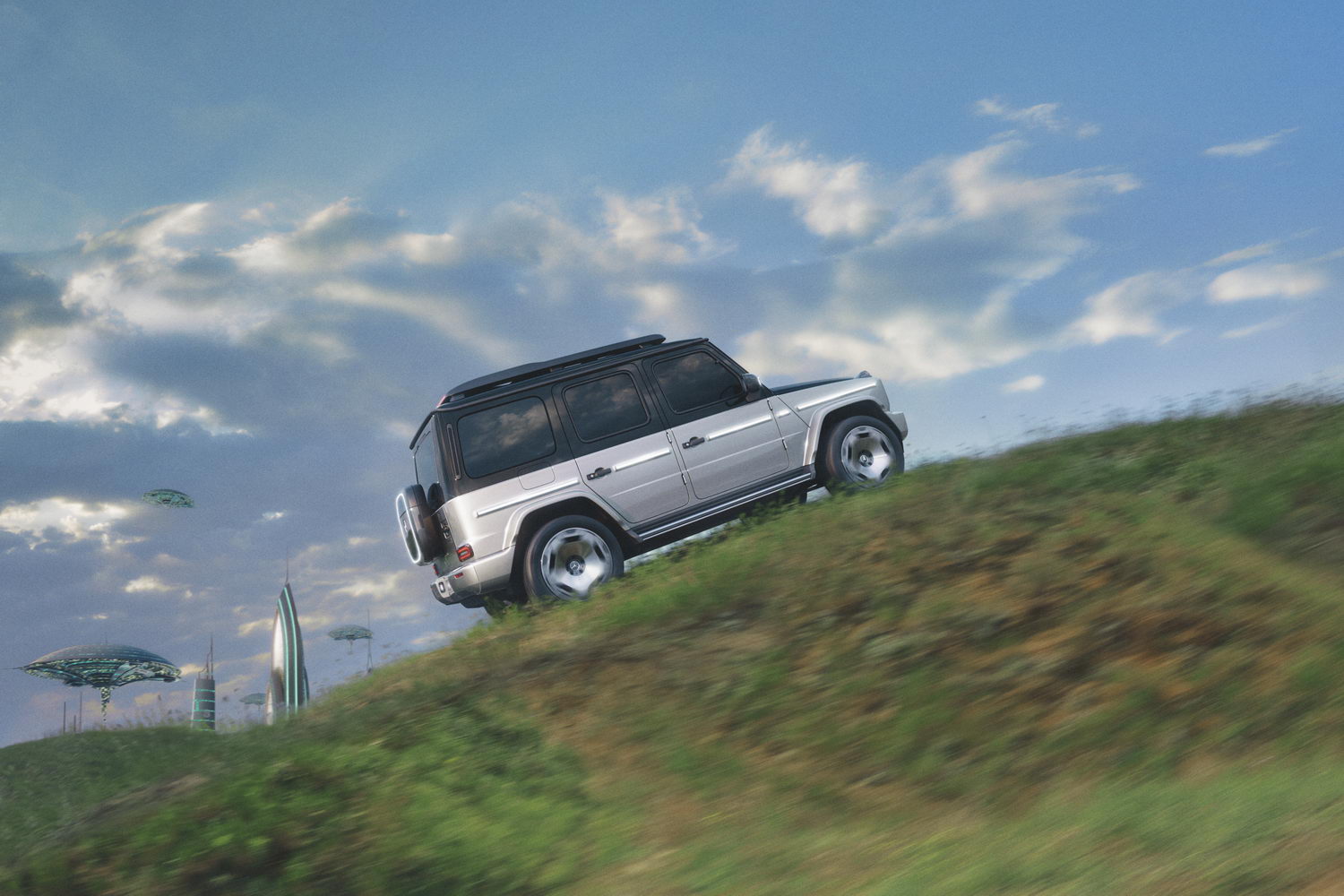 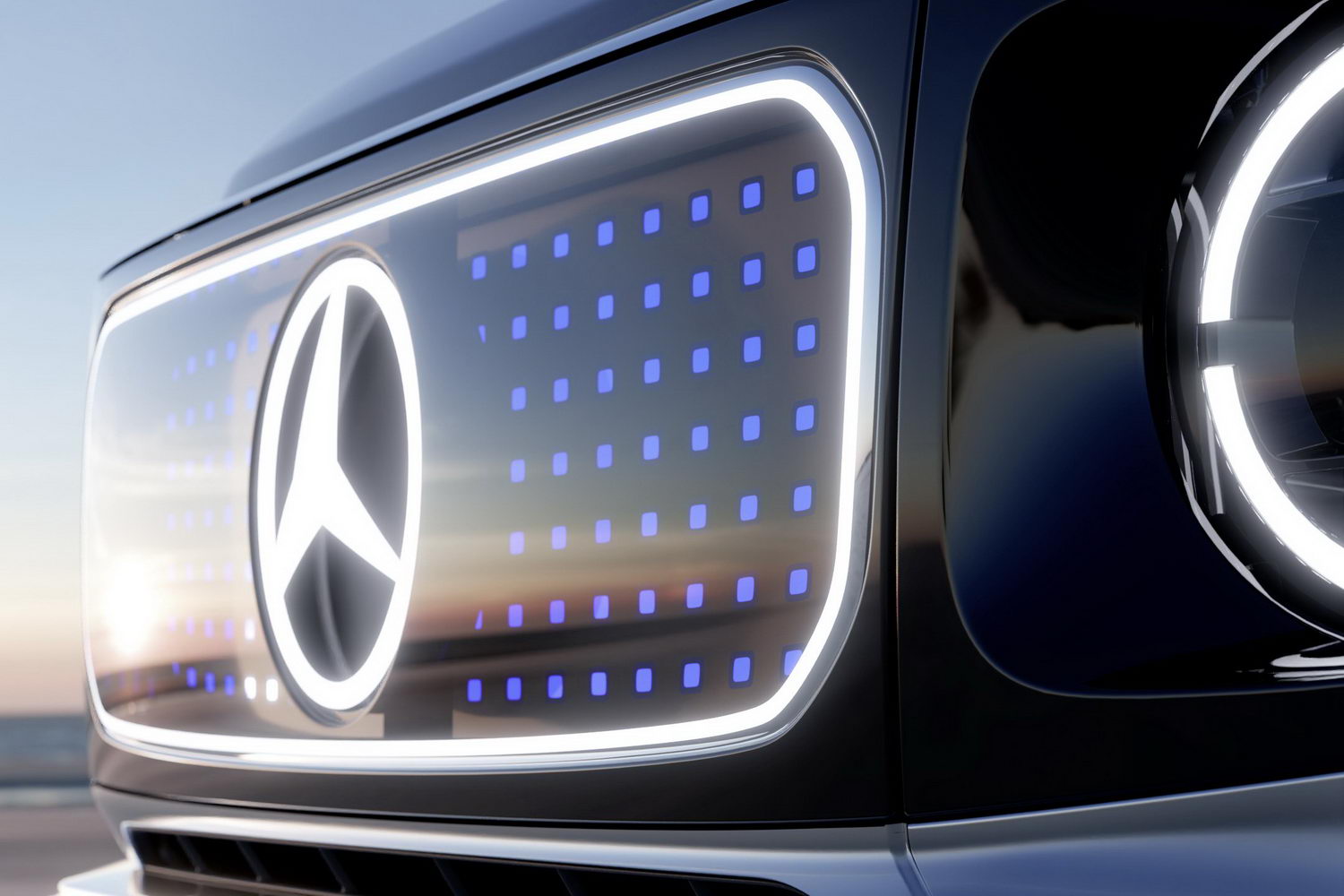 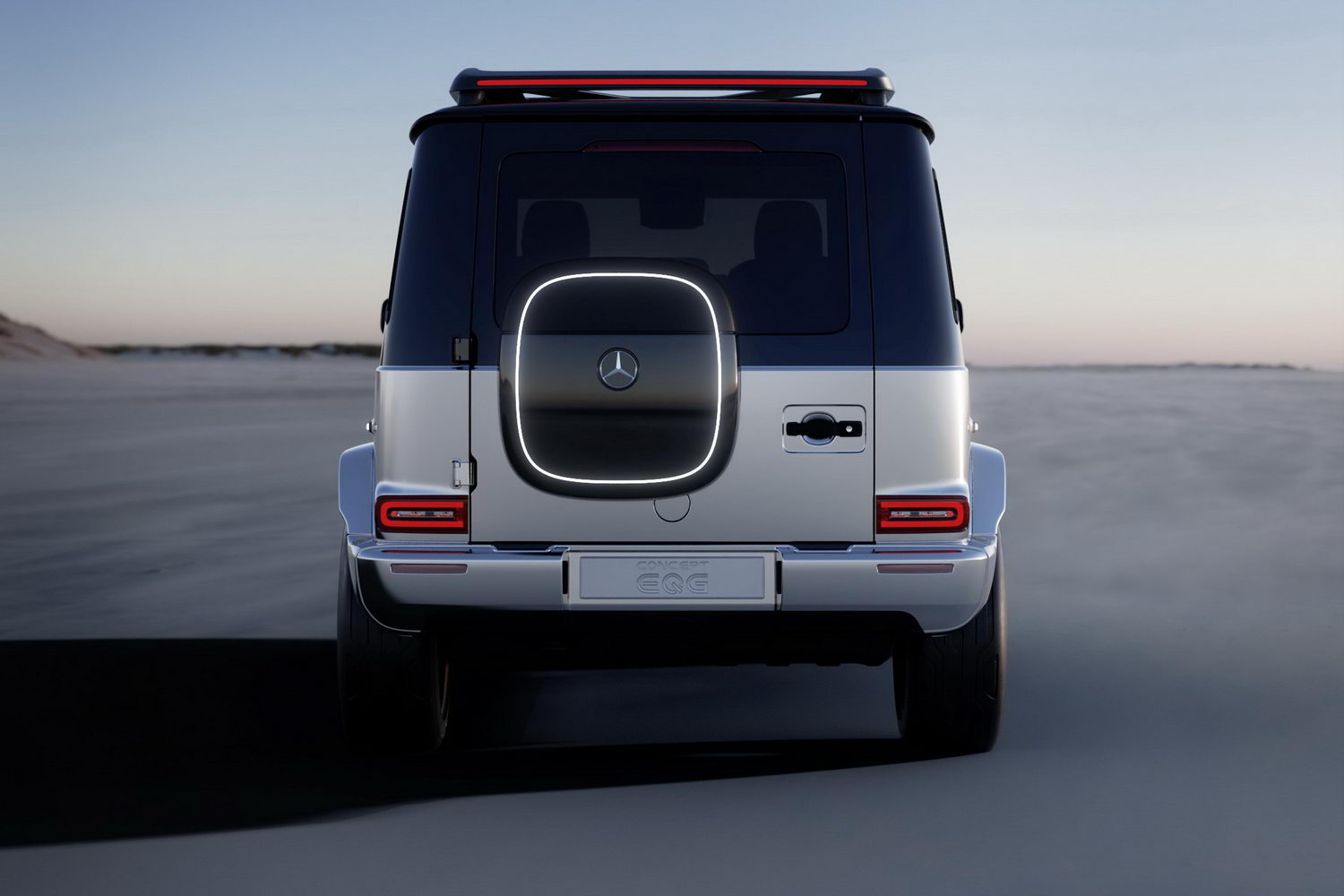 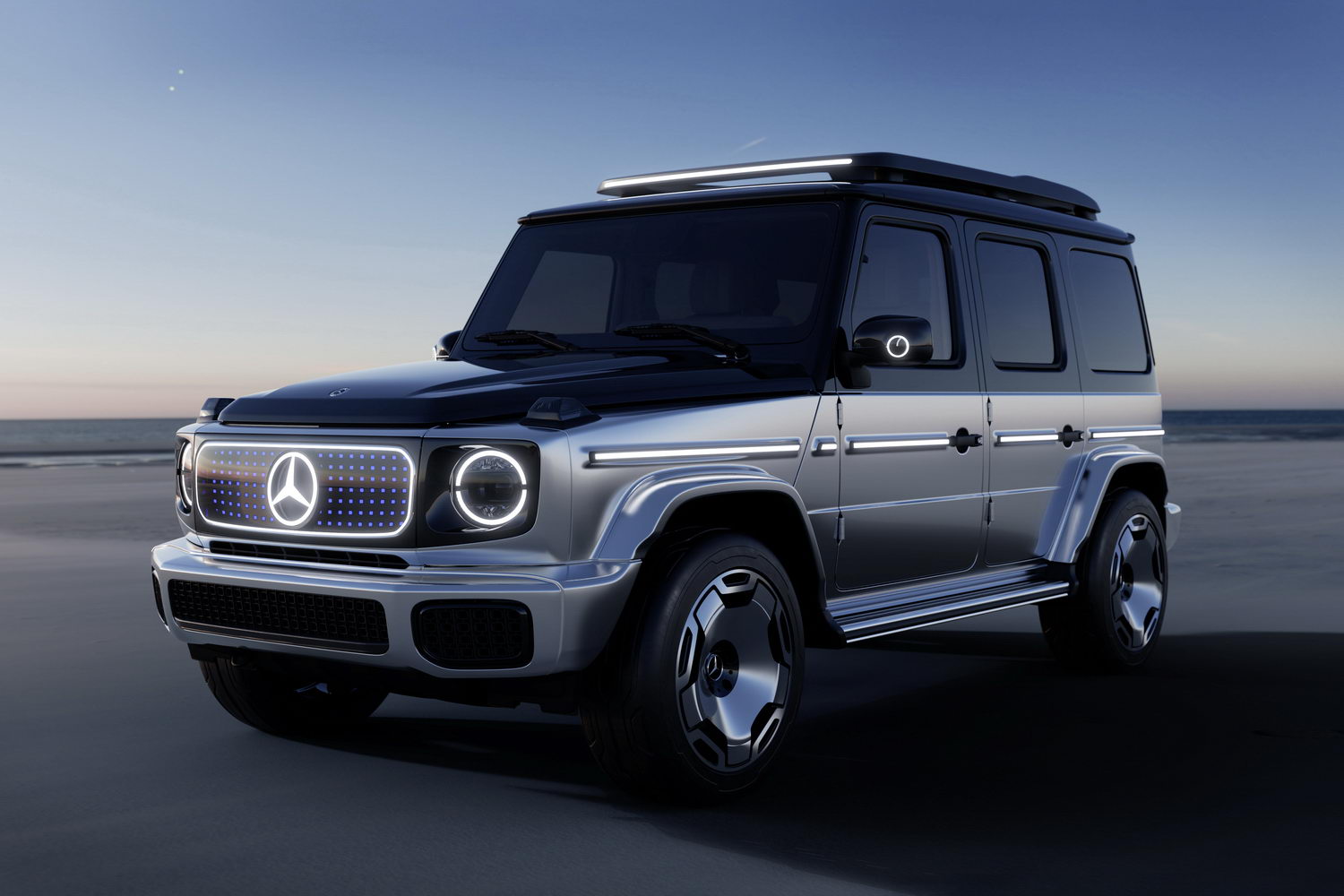 Mercedes has revealed a concept for an electrified G-Class SUV at the IAA Mobility event in Munich in news that is sure to delight Arnold Schwarzenegger.

At the Detroit launch of the new G-Class in 2018, G-Wagen-fan Schwarzenegger elicited a promise from Daimler's then-chairman, Dieter Zetsche, that Mercedes would, in the not-too-distant future build an electrified version of the angular SUV. It seems that the company is about to live up to that promise. But there's a more personal connection for Schwarzenegger too...

If it ain't broke

The concept, which Mercedes is calling the EQG as per its new electric nomenclature, looks just like a squarely old-fashioned G-Class finished in its two-tone black and aluminium-coloured paint, but with a few up-to-date details.

Instead of a grille, the EQG gets a single black panel with the three-pointed-star standing-out, illuminated in a 3D effect. Around the star, animated blue "squircles" form a familial link with the rest of the EQ range, while, behind the screen, the circular pattern of the daytime-running-lamps shines out.

The concept sits on 22-inch aluminium wheels, but rather than the traditional spare wheel attached to the G-Class's rear door, instead there's a locking box intended for storing charging cables.

Again breaking with utilitarianism, the protective side strip has been replaced with an illuminated stripe.

Up top, the flat roof rack features an LED light-bar at the front, producing candlepower akin to the kind of searchlights often found on serious off-roaders.

Has the G gone soft?

The EQG still features a ladder frame with independent front suspension and an individual electric motor driving each of the four wheels. Those torquey motors are driven by batteries mounted in and around the ladder frame, allowing the EQG to keep its centre of gravity low. There's a shiftable two-speed gearbox for when drivers want to take it off-road, so it should still be capable of tackling most of what's thrown at it.

The EQG will undergo further testing near Graz in Austria before production commences there at the Magna-Steyr factory like all previous G-Wagens since the 1970s. Not far from the factory lies the small village of Thal, where, in July of 1947, one Arnold Schwarzenegger was born.