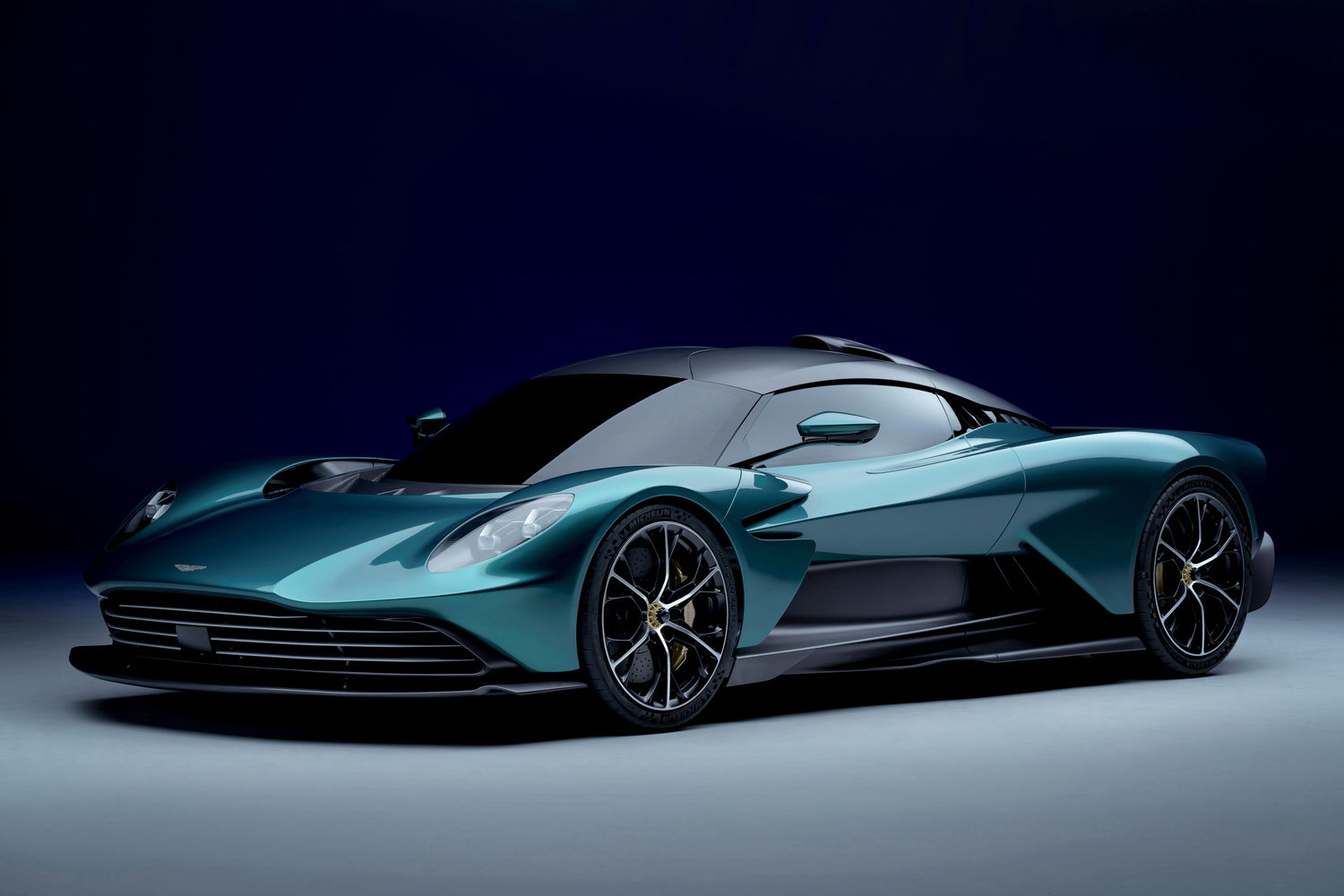 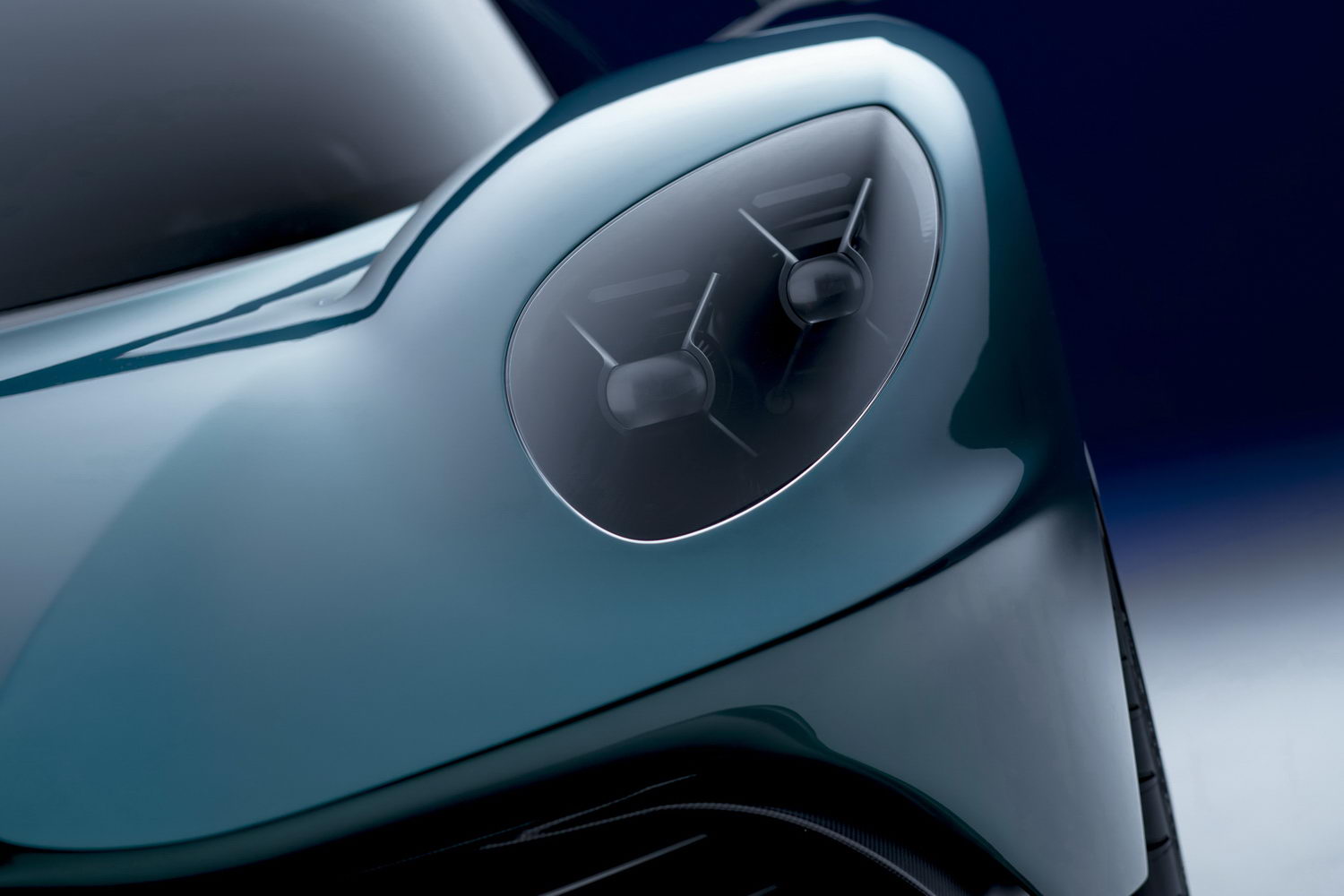 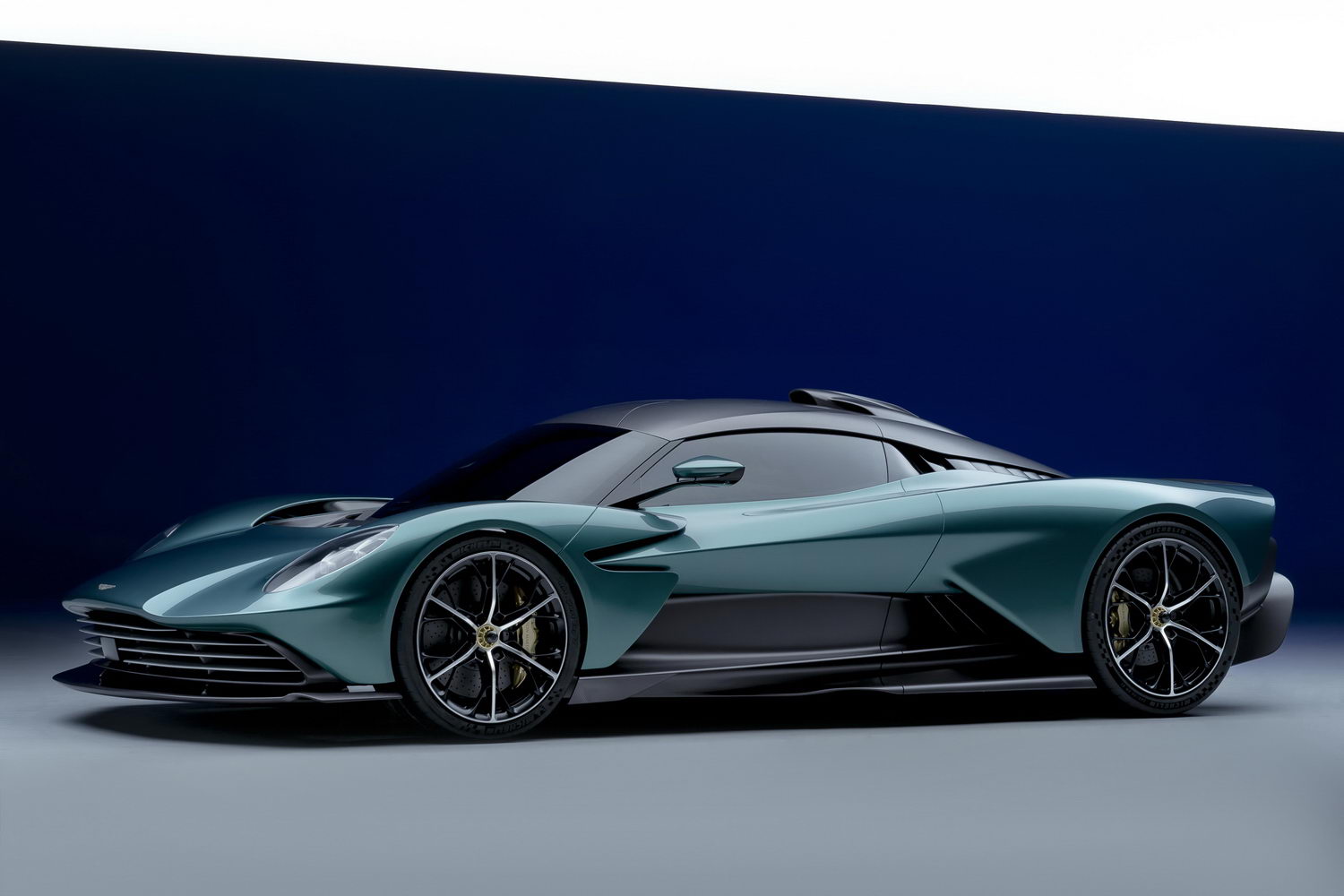 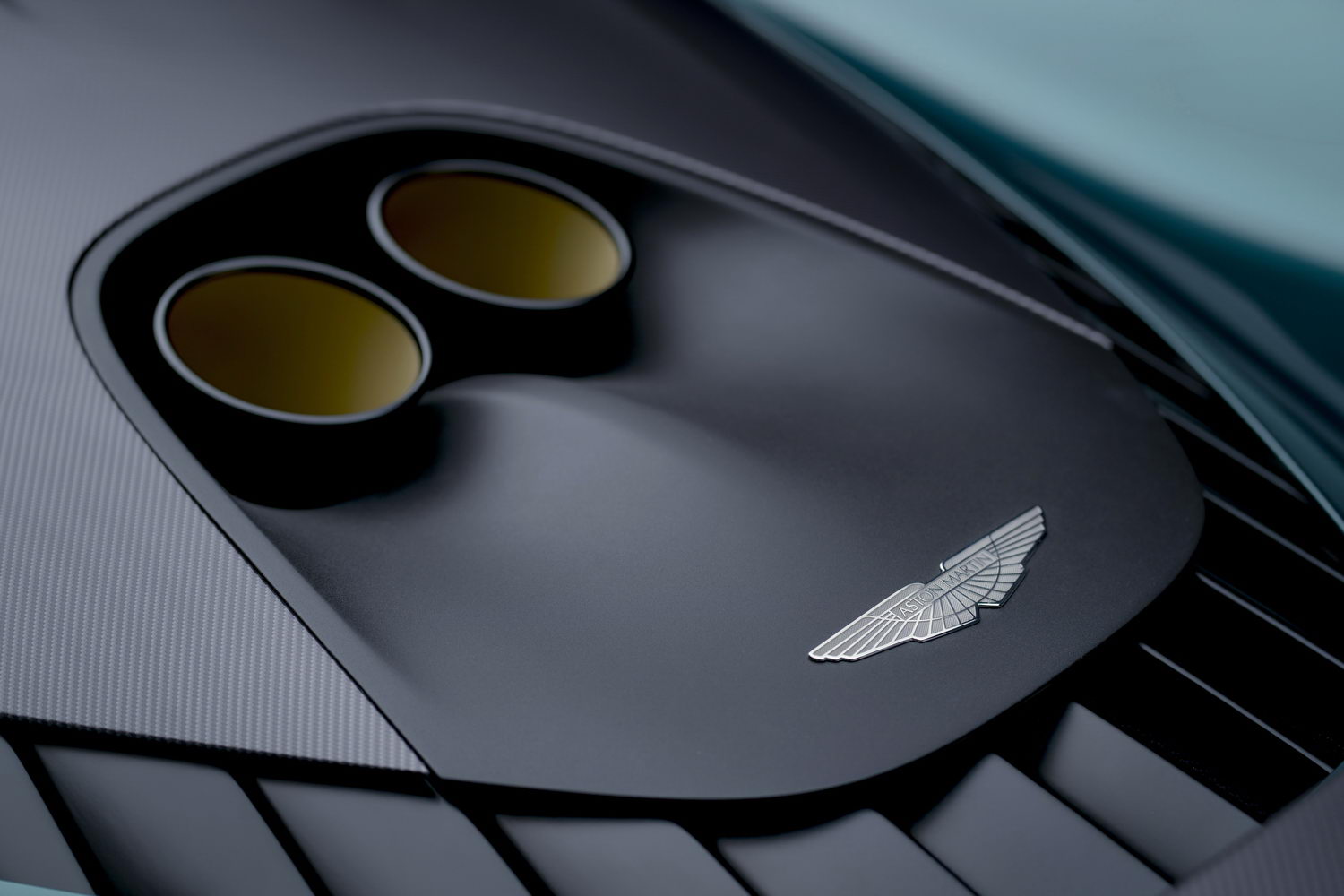 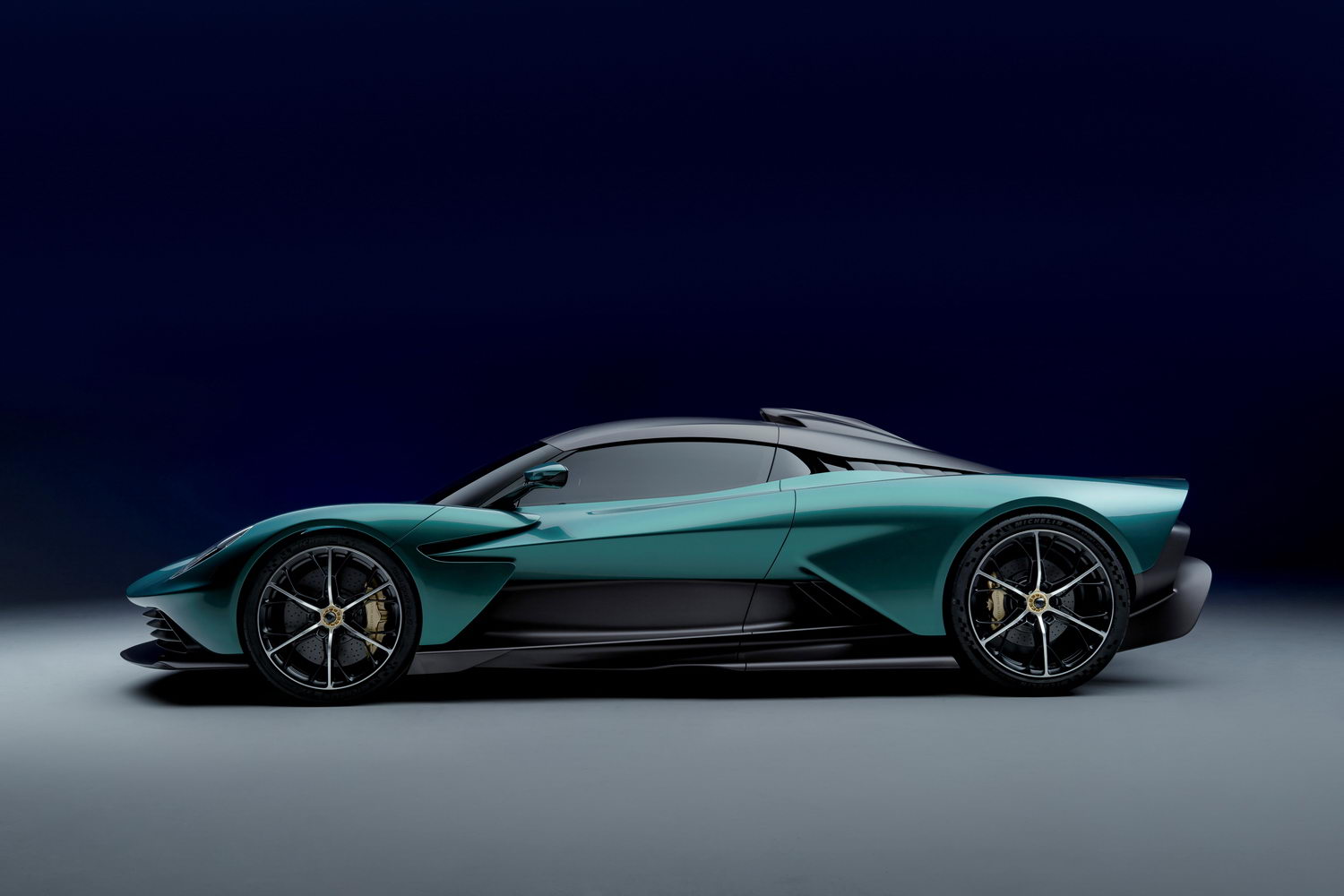 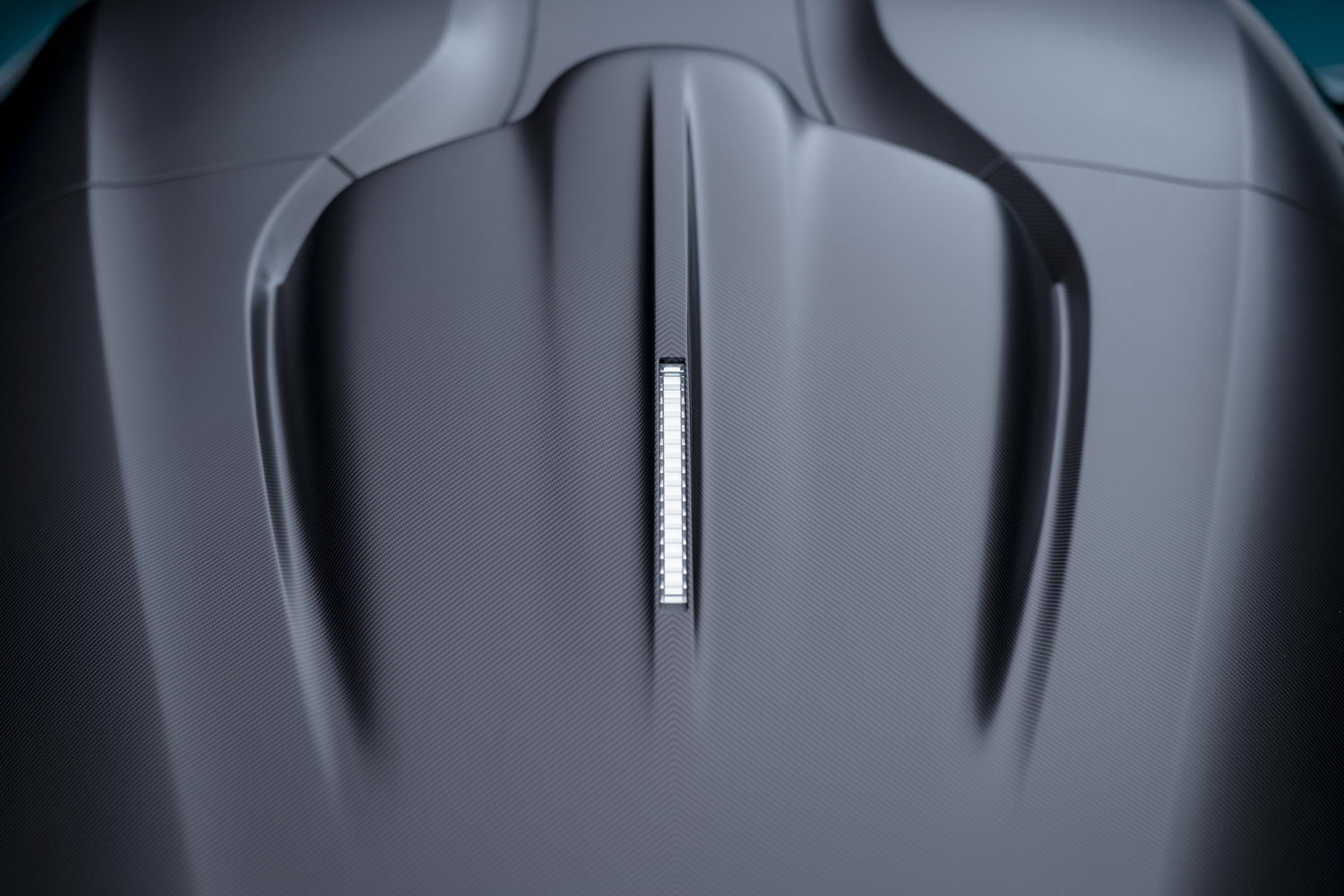 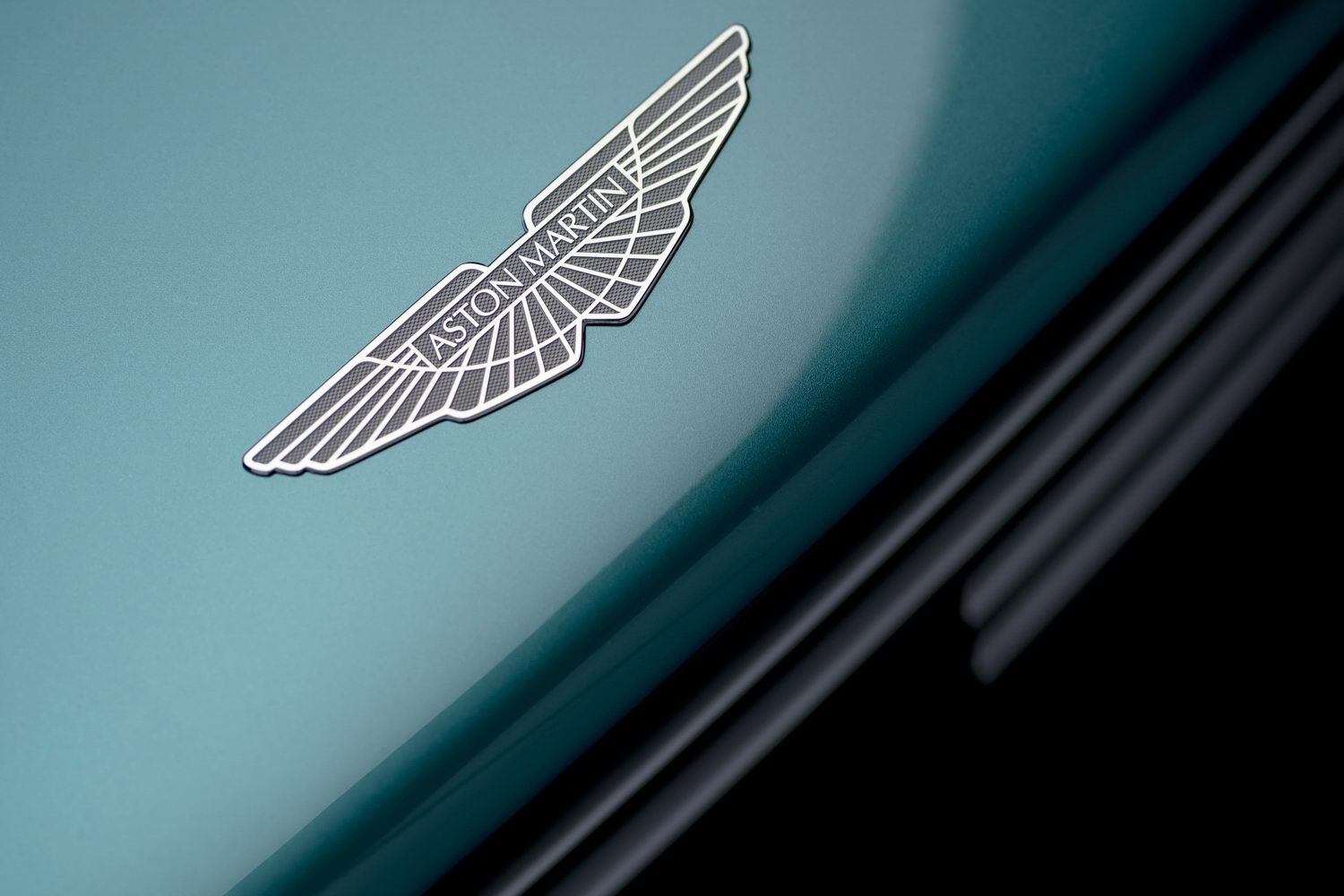 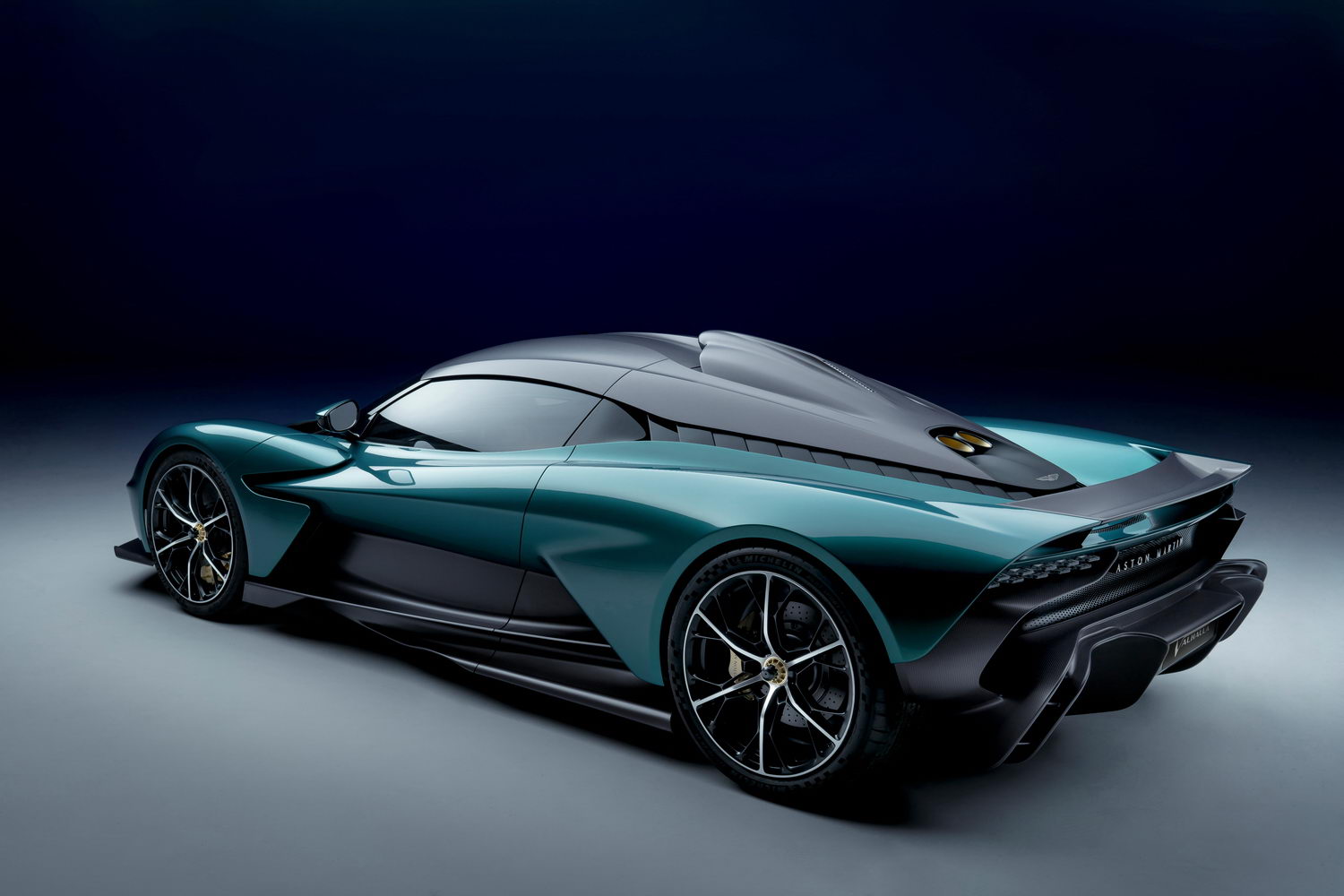 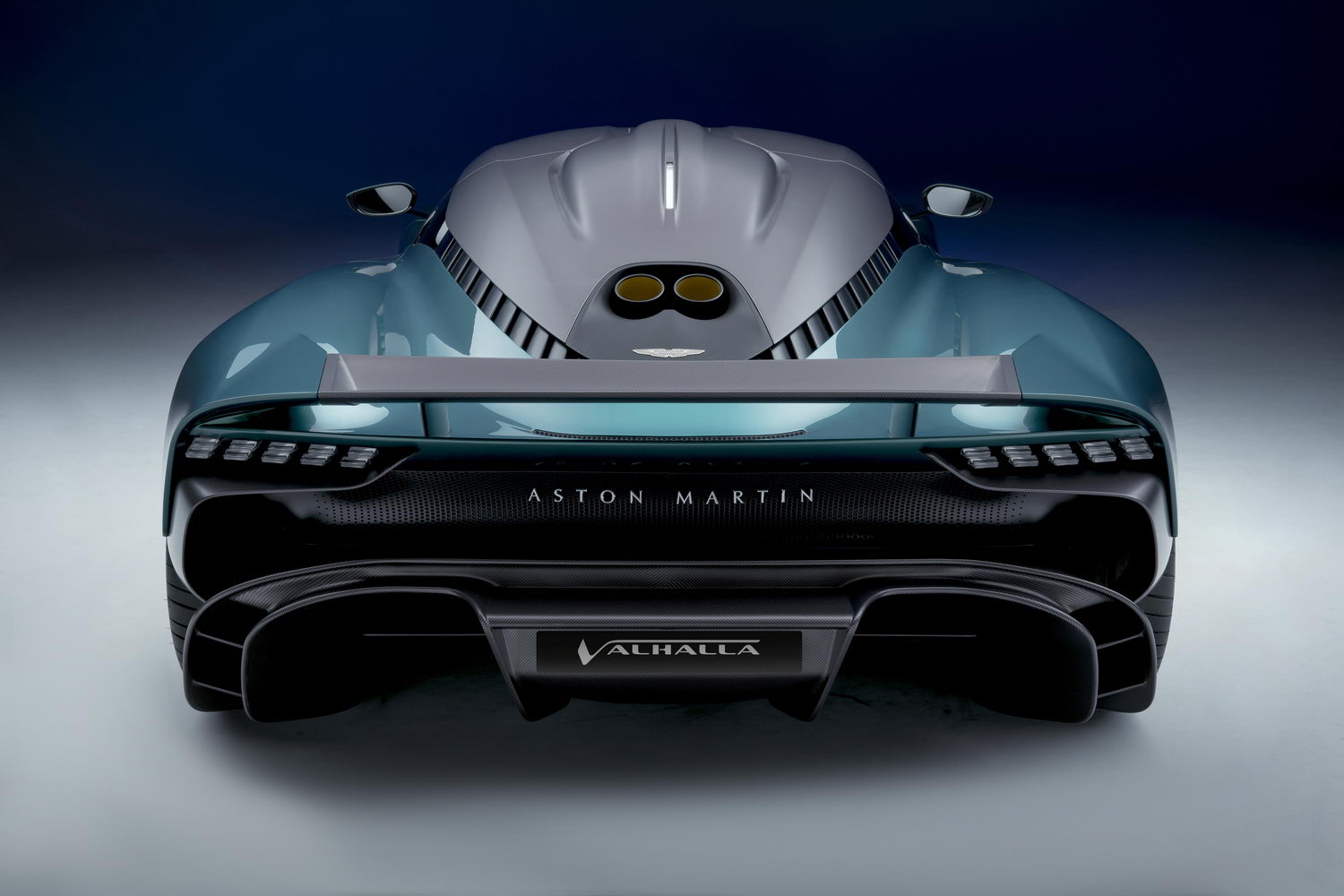 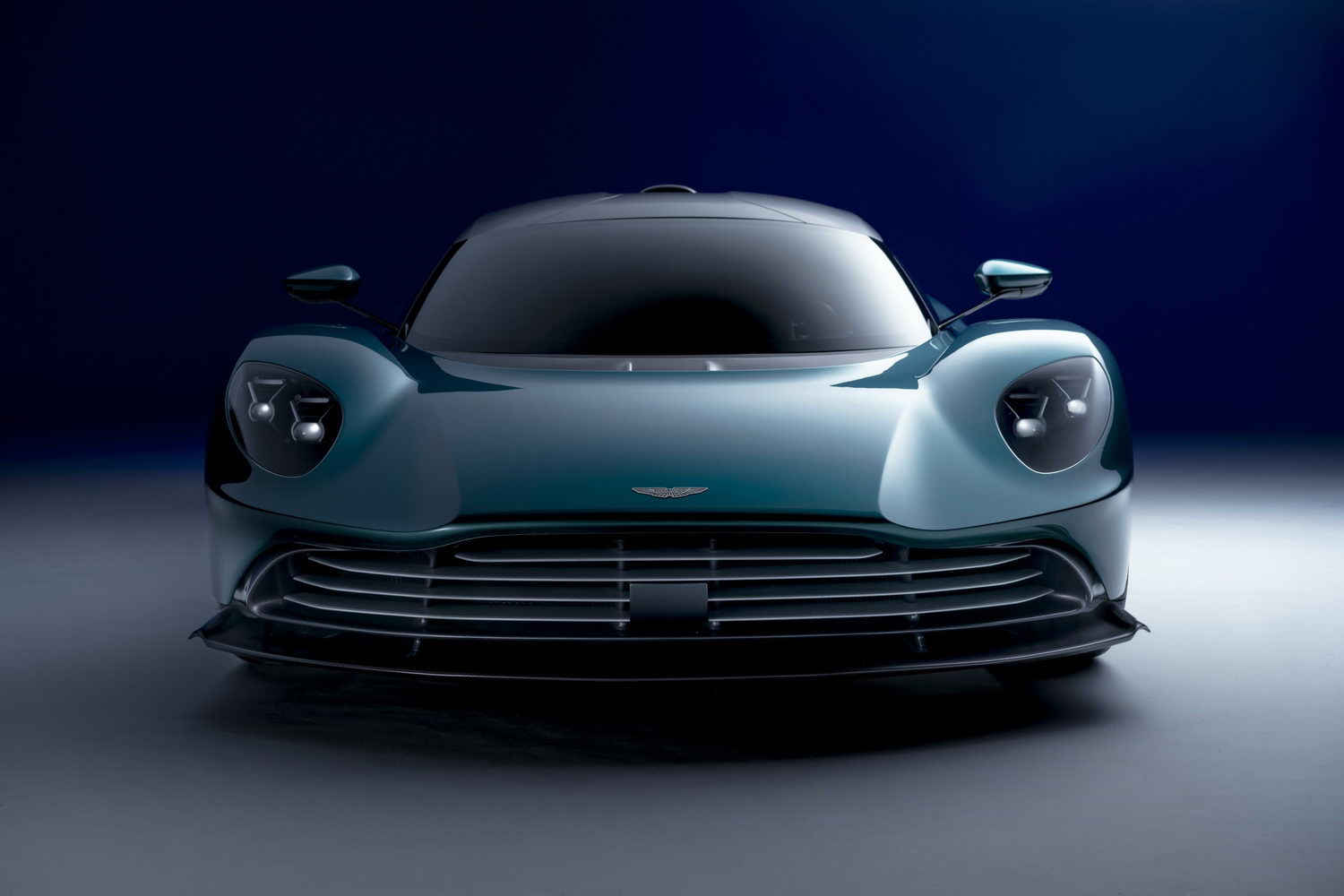 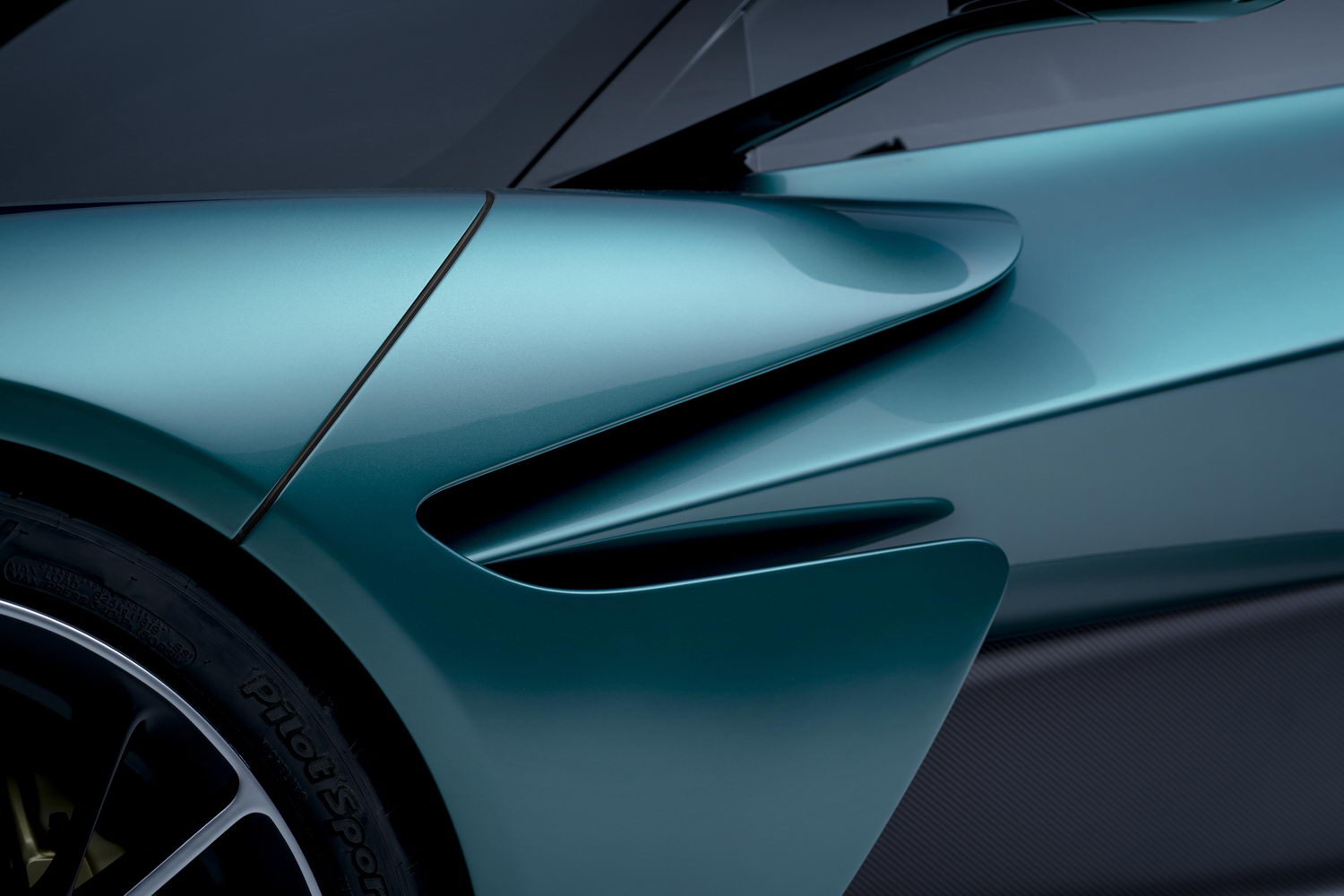 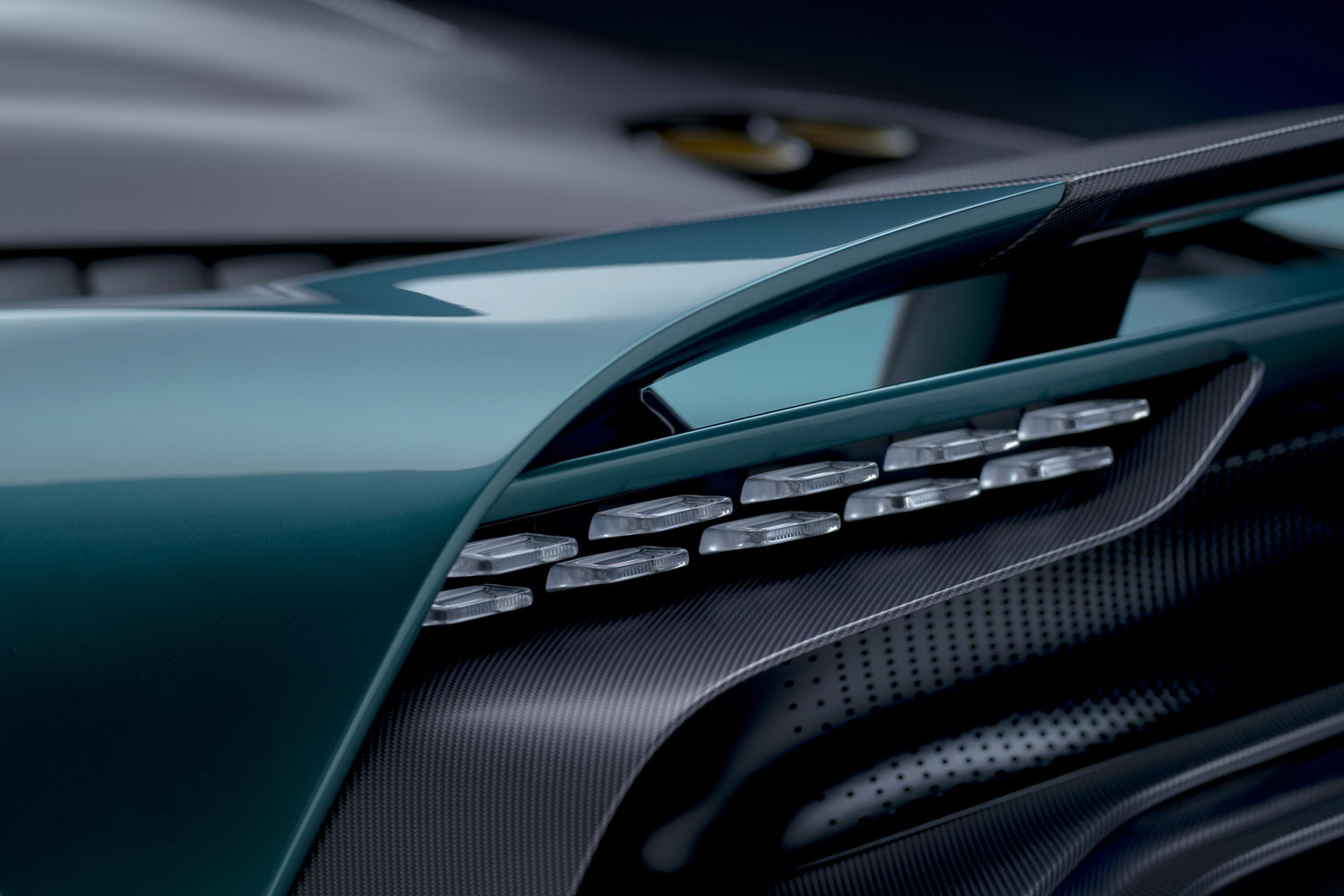 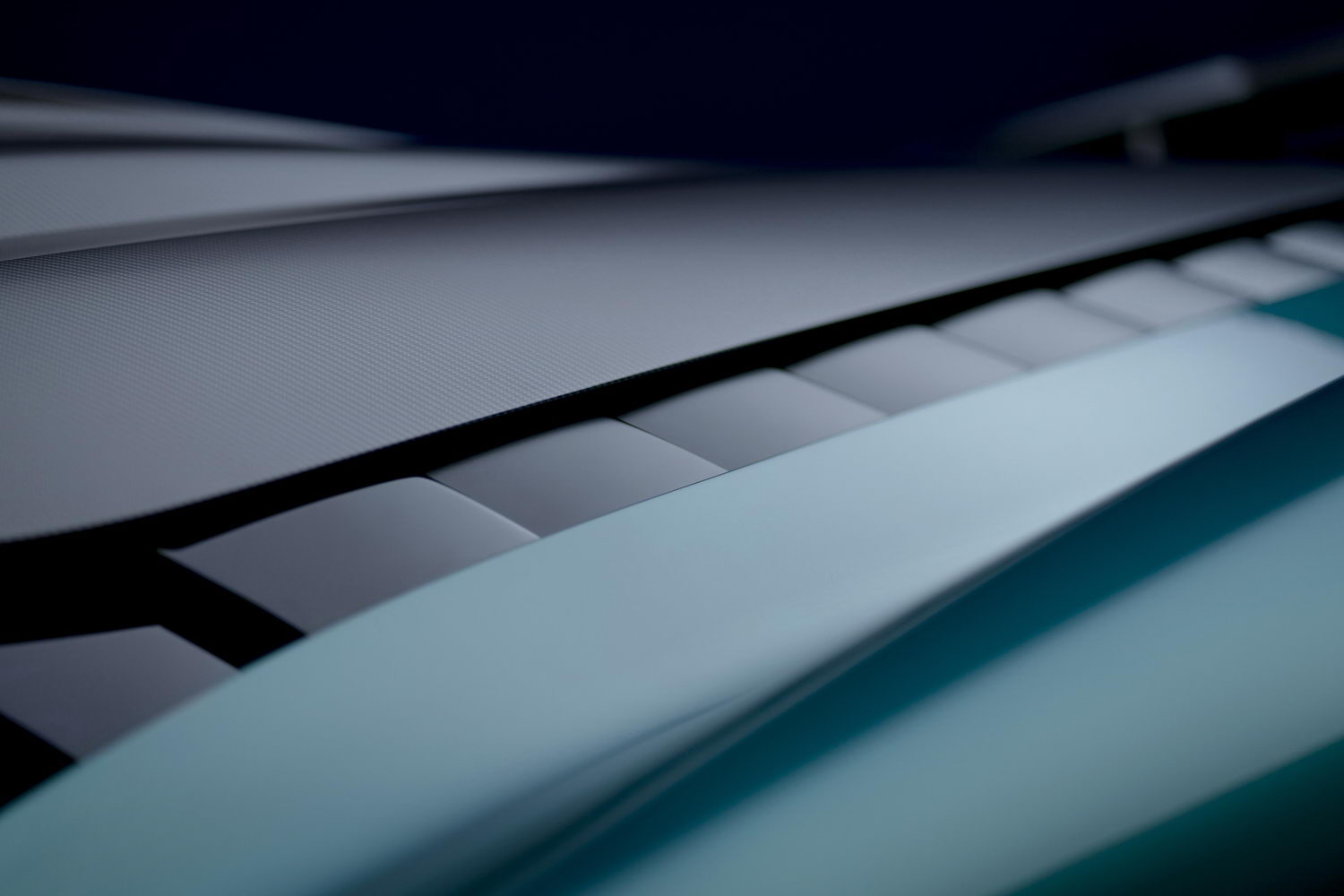 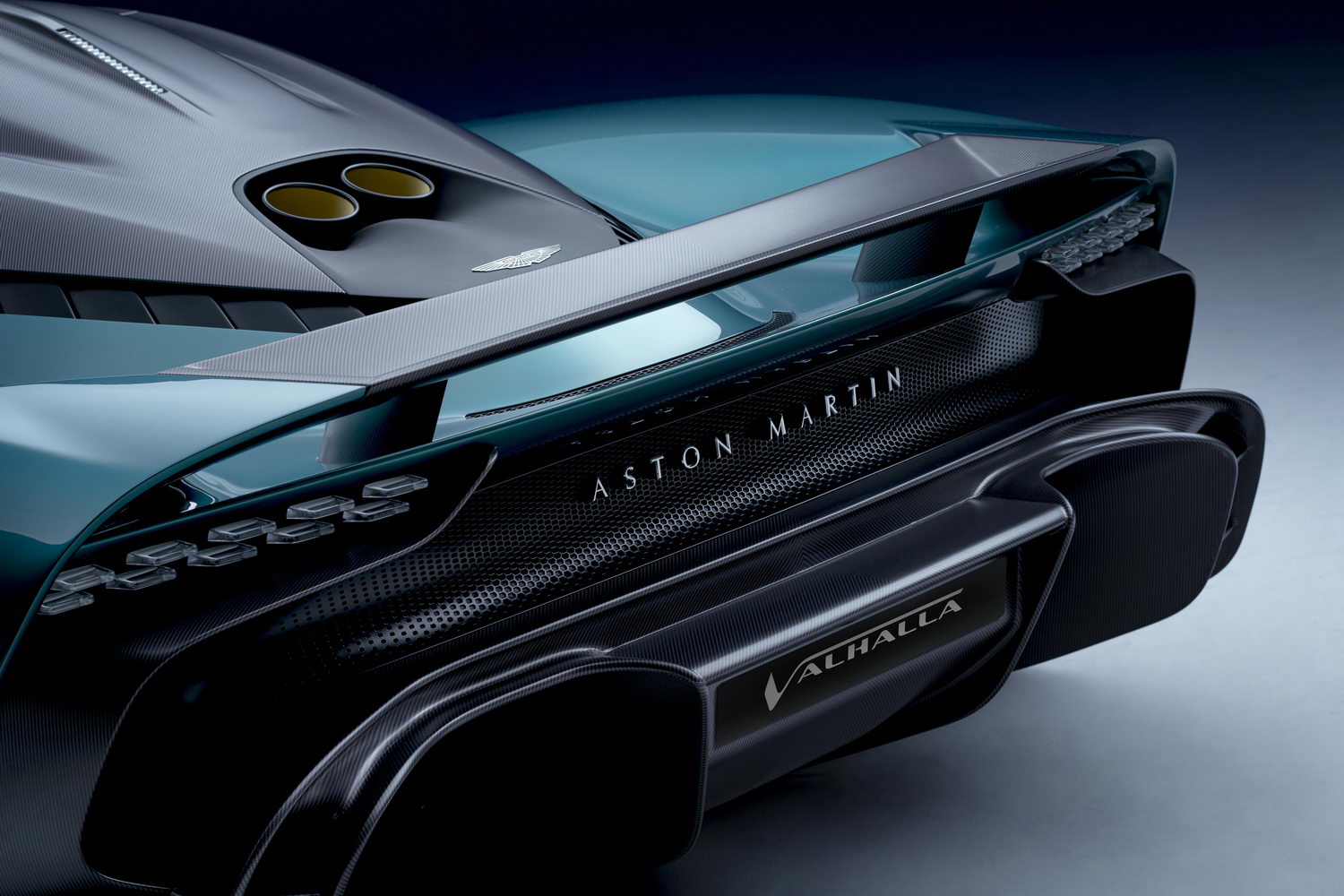 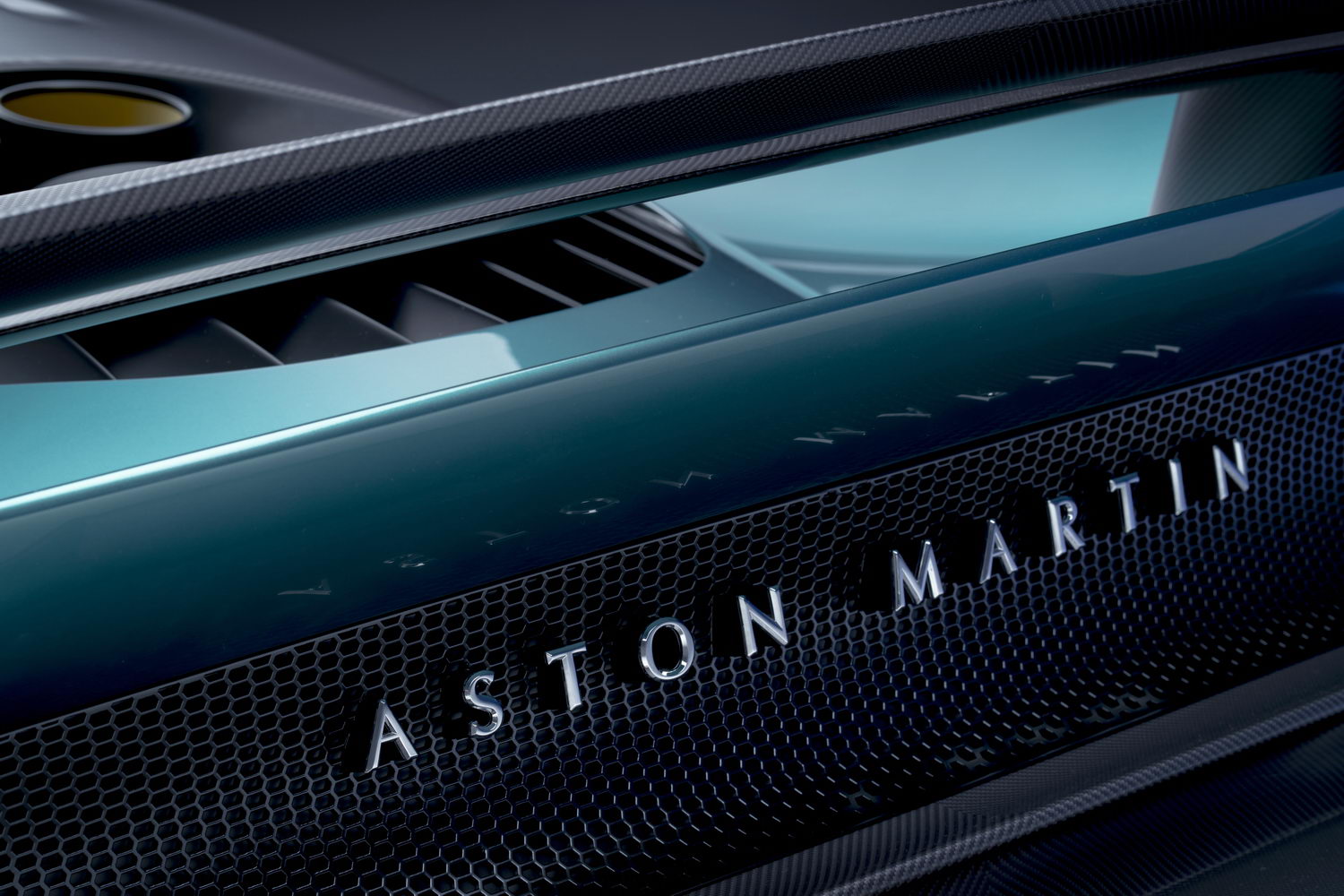 Aston Martin has revealed the 2023 Valhalla, and it's jaw-dropping.

Aston Martin has taken the covers off the production-ready Valhalla supercar and confirmed its mouth-watering technical specification. The mid-engined coupe has been influenced by the Aston Valkyrie hypercar, but will feature a unique new plug-in hybrid powertrain with up to 950hp. The only bad news is that buyers might not get to drive the Valhalla for themselves before 2023.

Shaped by the wind tunnel?

The shape of the Valhalla has evolved considerably since the concept that began as the Aston AM-RB 003 was first revealed in 2019, with plenty of design inspiration from the radical Aston Martin Valkyrie.

Like that car, the Valhalla uses mostly hidden venturi tunnels and underfloor airflow management to add downforce, allowing more freedom for the style of the car and a relatively modest rear wing. Nonetheless, the rear spoiler is an active item, and there are more active elements up front. The whole package adds up to a claimed 600kg of downforce at 240km/h.

Meanwhile, the shape of the roof and rear deck, with its large air intake and top-mounted exhaust outlets, make it quite obvious where the Valhalla's engine is placed. The highly technical appearance continues at the back where distinctive LED clusters frame a rear end clearly designed for aerodynamic and engine cooling efficiency.

The dramatic rear view is complemented by LED Matrix headlights up front, a wide take on the traditional Aston Martin grille and cut-outs in the front wings through which you can see the tops of the front wheels.

They measure 20 inches in diameter, with 21-inch rims on the back, wearing bespoke Michelin tyres. Within are Carbon Ceramic Matrix brakes with brake-by-wire technology.

Most of the bodywork is made from carbon fibre and underneath is a carbon fibre tub, too. Up front is F1-style suspension, using inboard mounted springs and dampers. There are advanced Multimatic Variable Spring rate and Adaptive Spool Valve (ASV) Damper units fitted that can be varied according to the road surface, and they enable a significant reduction in ride height in Track mode to optimise the aerodynamics for downforce. This system also allows for a front axle lift function for urban driving.

Aston Martin has targeted a dry weight of under 1,550kg for the Valhalla.

A new hybrid powertrain is in development by Aston Martin, and much of it is said to be unique to the new mid-engined supercar. At its heart is a twin-turbocharged 4.0-litre V8 petrol engine. Aston describes it as 'bespoke' and featuring a flat-plane crankshaft, so it's not the same AMG-sourced unit fitted to the likes of the current Aston Vantage range, for example. This new V8 revs to 7,200rpm and produces up to 750hp, which is sent to the rear wheels.

Augmenting that are two electric motors, one for the front axle and another for the rears. Maximum system output is 950hp, though only the front motor is used when the Valhalla is in pure-electric mode. Aston quotes an electric range of 15km, at speeds of up to 130km/h. The battery pack can be charged up by plugging it in and Aston reckons the CO2 rating will be under 200g/km.

Interestingly, Aston Martin describes a new eight-speed dual-clutch gearbox for the Valhalla, with no reverse gear (this is carried out using the electric motor up front) and the ability for the engine and rear electric motor to use different gears simultaneously for up to 1,000Nm torque output.

Flat-out, the Valhalla is claimed to hit 330km/h, do 0-100km/h in 2.5 seconds and should set a Nürburgring Nordschleife lap time in the region of just six-and-a-half minutes.

No cabin images for the Valhalla were available at the time of writing, but Aston tells us that, while it will be more spacious inside than the speed-focused Valkyrie, a minimalist style defines the interior.

The two seats will be fixed to the floor, while the pedals and steering wheel adjust for the driver. Regardless of their adjustment, the footwells are raised, giving the occupants seating positions similar to that of a Formula One car.

Nonetheless, there will be a new touchscreen infotainment system and even Apple CarPlay and Android Auto compatibility. Dual-zone air conditioning and the latest driver assistance technology will be fitted as standard as well.

Access to the cabin will be via forward-hinged dihedral doors that incorporate large sections of the roof to make it easier to get in and out.

A word from its creators

Aston Martin's CEO, Tobias Moers, said: "Preserving the essence of an exceptional concept car is vital when meeting the challenge of bringing it into production. With Valhalla not only have we stayed true to our commitment to build a world-beating supercar, but we have exceeded our original aims. The result is a pure driving machine - one which exists right at the cutting edge of performance and technology yet allows the driver to feel the emotion and thrill of complete connection and control."