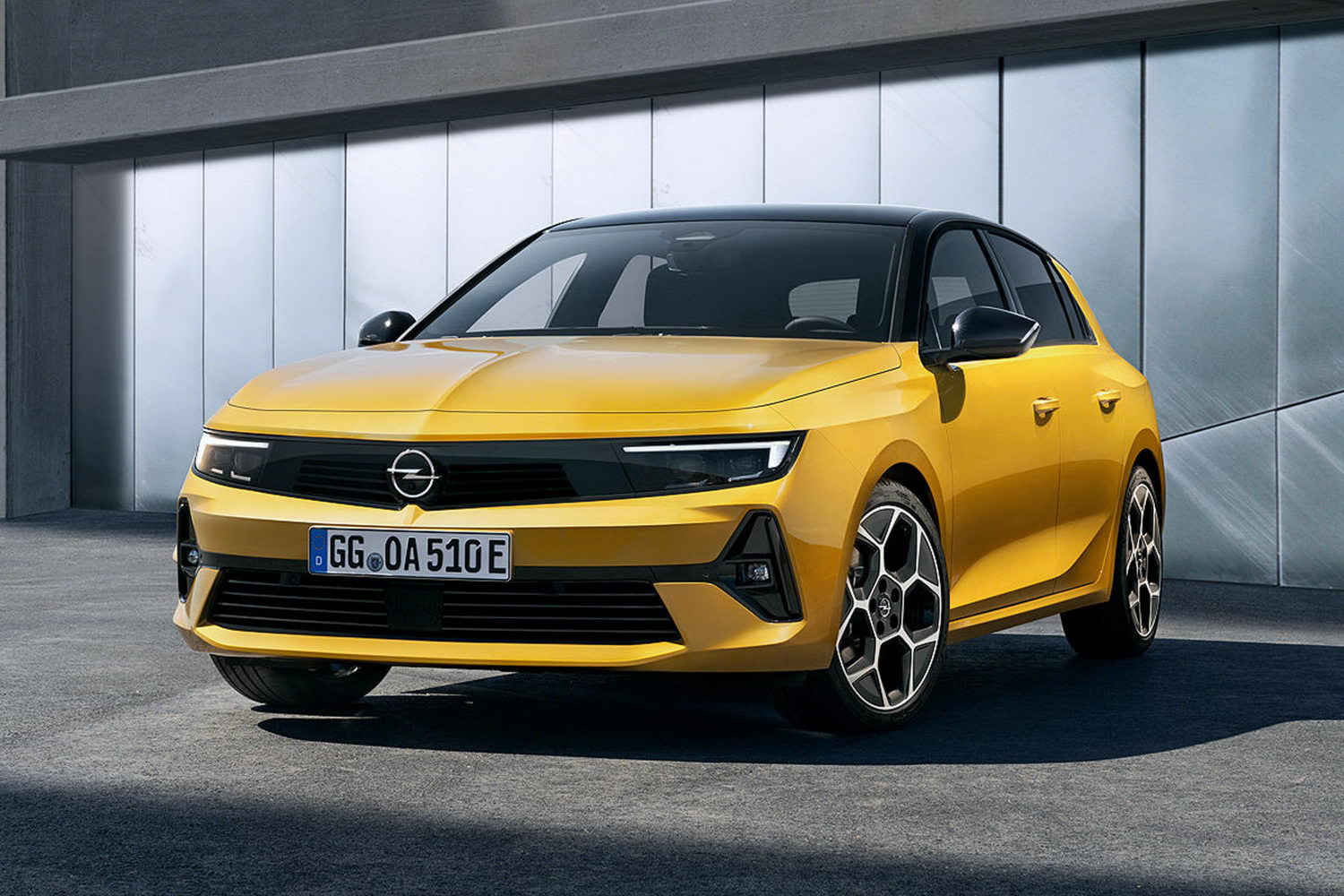 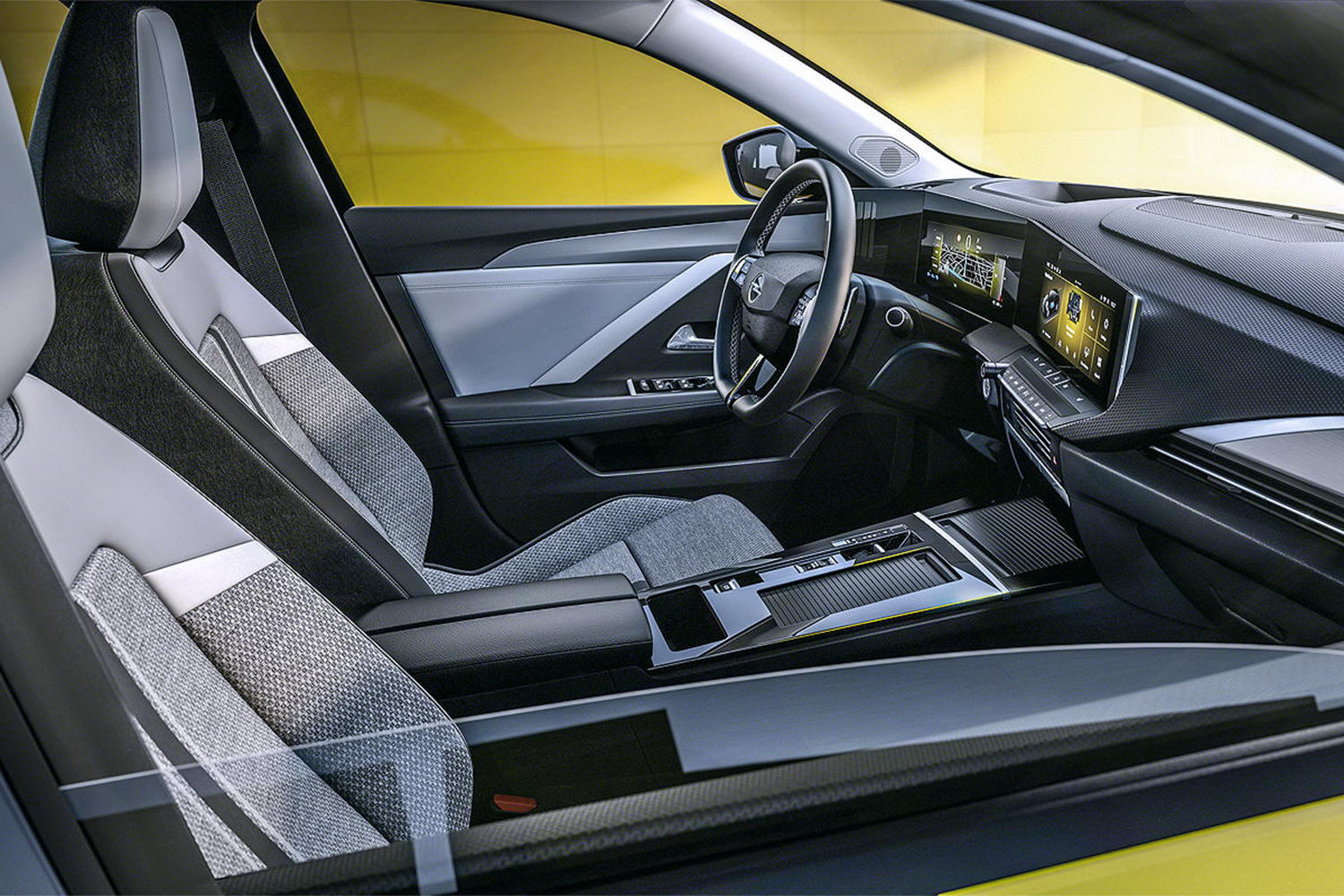 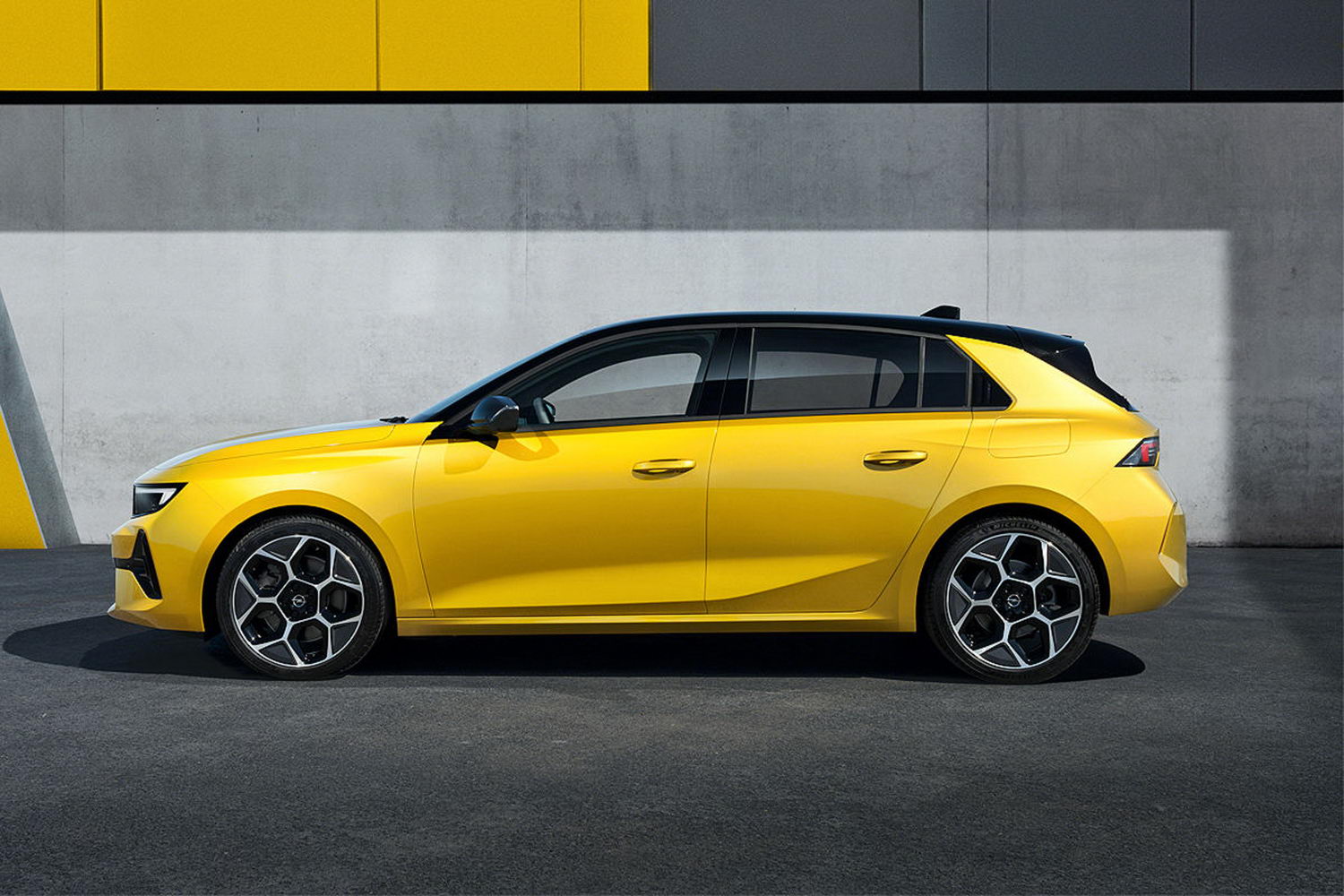 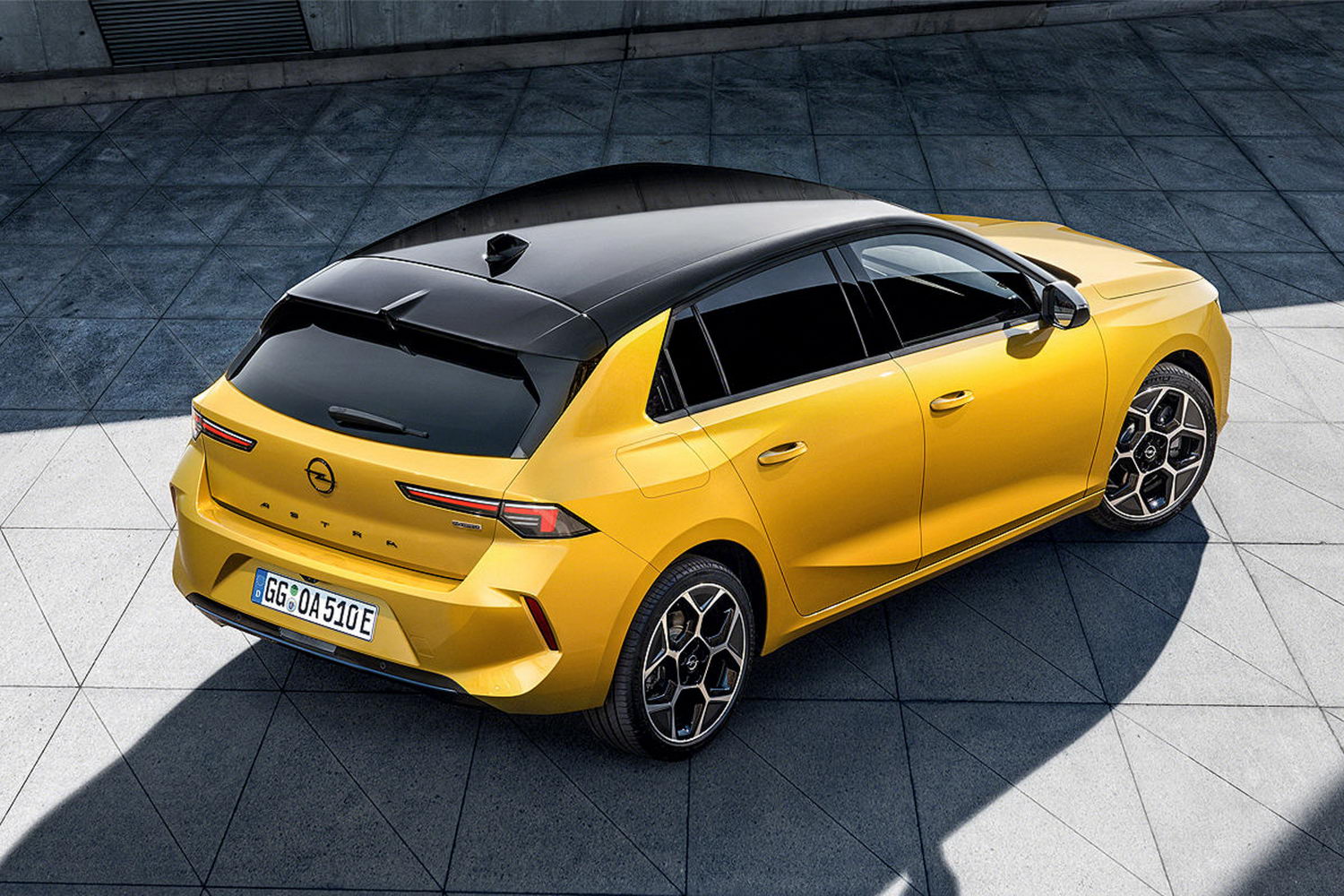 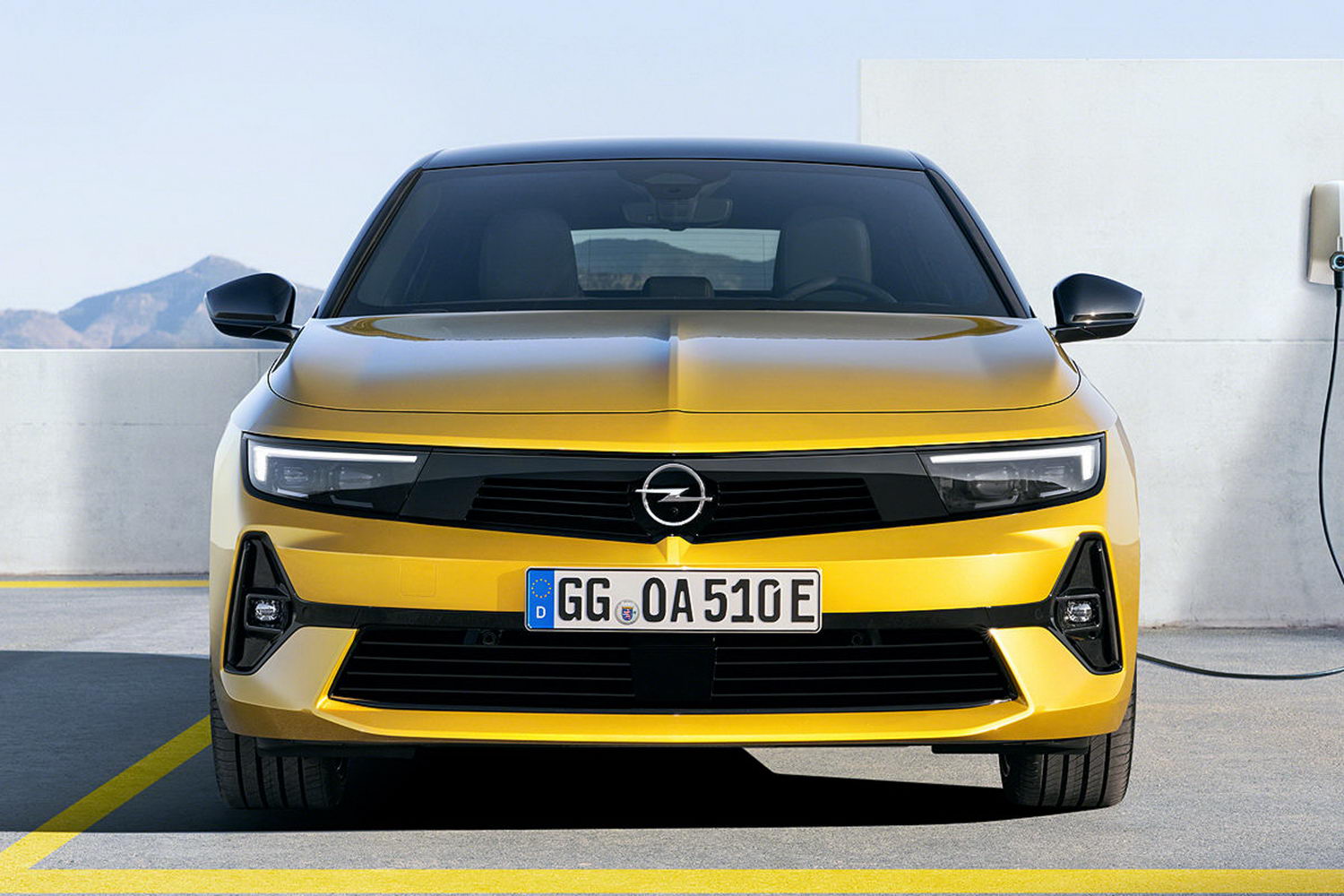 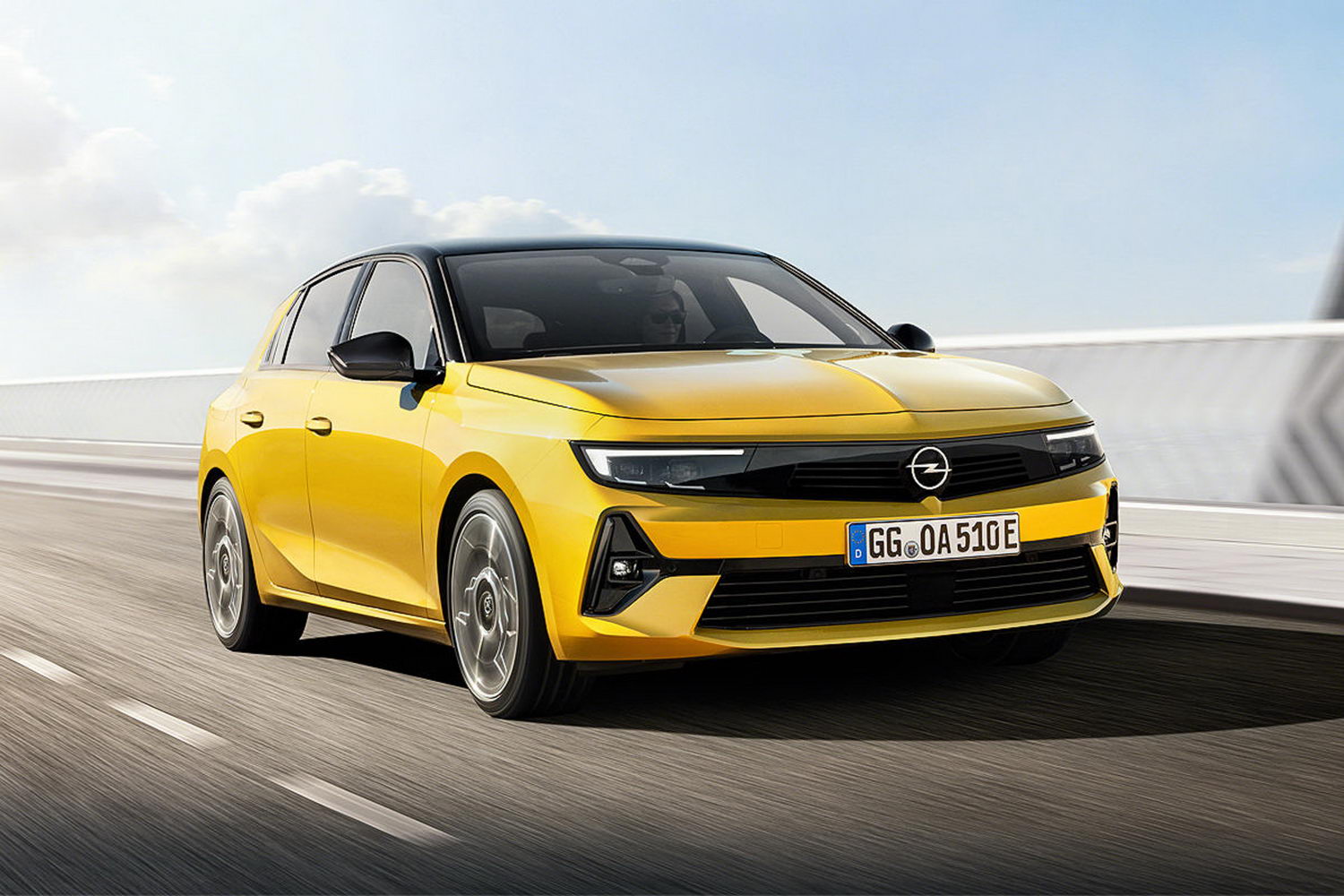 The all-new Opel Astra has been revealed, and it comes to Ireland with a bold new look, completely different running gear and the latest tech on board, plus the option of plug-in hybrid power. It's the eleventh generation of Opel's small family car, which started with the Kadett in 1936, but it's the first one to be launched under the Stellantis umbrella.

The new Astra shares its engines and running gear with the recently revealed Peugeot 308, so that means it's based on Peugeot-Citroen's latest 'EMP2' platform.

However, on the outside it gets a look all of its own. The overall shape is clean and unfussy, while up front is Opel's distinctive Vizor grille, as recently seen on the new Mokka and facelifted Grandland SUVs. Here the grille is flanked by Opel's Intelli-Lux LED Pixel headlights. These comprise 168 elements that allow the beam pattern to adjust according to conditions and oncoming traffic. Regular LED headlights are standard.

The rest of the Astra's shape is conventional, with clean lines along the sides, while a two-tone roof option will be available. At the back, slender LED lights stretch across the tailgate, and the Astra picks up on current trends by having its name emblazoned across the hatch. As before, hatchback and estate bodies will be offered.

The new Opel Astra measures 4,374mm long (+4mm) and 1,860mm wide (+59mm), while the wheelbase has grown 13mm to 2,675mm. This means it's bigger in every area than the outgoing car, so there's more passenger space and a 422-litre boot (up 52 litres) in the back, which makes it a front-runner in the compact hatchback class for cargo space.

Touchscreens all the way

The cabin layout has been heavily revised and features the Pure Panel twin screen set-up first seen in the Mokka. This comprises a pair of 10-inch displays - one in front of the driver for the dials, while the one next to it is for infotainment.

However, since Opel's designers have stripped the interior of all but the most essential switchgear, the infotainment is more of a cabin control system, because everything from vehicle settings to the climate are operated via the touchscreen.

Opel hasn't confirmed full details of the engines, but since the Astra is based on the same platform as the 308, expect a similar line-up. That means a 1.2-litre three-cylinder turbocharged petrol engine in at least two power outputs, while a 1.5-litre diesel is also likely to appear.

These will come with either six-speed manual or eight-speed automatic gearboxes, all with front-wheel drive. Plug-in hybrid power will also make an appearance. A system based around a 1.6-litre four-cylinder petrol engine will be available in the Peugeot 308, and with so much shared between it and the Astra, it's a safe bet to say that the Opel will get the same running gear, with up to 225hp.

Technology will also move forward with the addition of the latest safety kit and driver assistance features. The Opel Intelli-Drive system offers semi-autonomous tech that can take control of the acceleration and braking, as well as keep the car in its lane on the motorway, although the driver has to keep their hands on the wheel at all times for the system to work.

In auto-equipped cars, Intelli-Drive will be able to bring the Astra to a complete halt in stop-start traffic. Cameras surrounding the car keep the system informed of what's going on, while radar and ultrasonic sensors also feed into the system.

Irish pricing for the new Opel Astra has yet to be released, though it is expected to arrive in Ireland by the end of the year, in time for January 2022 '220' registration plate change.